Not Just Fluff: A Guide To Poodles

Poodles have long been stereotyped as the snobby companions of wealthy aristocrats. Their fancy haircuts and aloof demeanor seem to back that up at first glance. However, poodles and their ancestors have a centuries-long history as working dogs, and they still continue to help people today as hunting and service dogs. This intelligent, driven breed has far more to it than meets the eye.

Although poodles are commonly believed to be a French breed, most experts believe they actually originate in Germany. The breed name may come from the German word "pudel," which is similar to the English word "puddle." It's believed that the dogs were given this name because they were originally used to hunt ducks and geese, and spent a great deal of time in the water. They've been depicted in art since the 15th century, and one was even featured in one of Rembrandt's works during the 17th century. 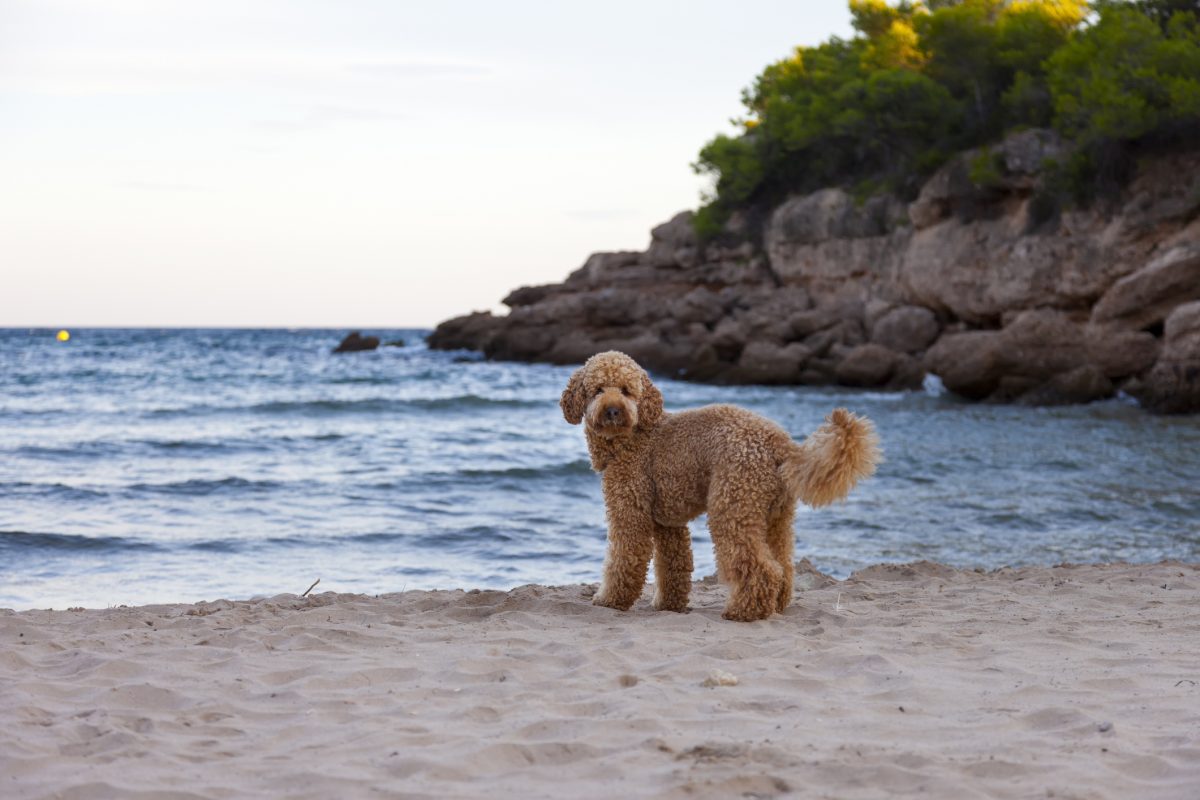 Their coats may not actually be longer than their history, but it comes close. Poodles naturally have a dense, curly fur coat that acts as insulation when they're swimming through frigid waters. It also only features a single layer instead of having an undercoat, which helps it dry off faster. Poodles do not shed much or produce much dander compared to most other breeds, so they are often a good choice for people with mild dog allergies. Poodles do require quite a bit of regular grooming to prevent mats and other issues.

Poodles may be stereotyped as pretty, empty-headed dogs, but canine experts often praise this breed's intelligence. Some sources consider them one of the most intelligent breeds in the world, second only to border collies. They excel as service dogs and in working homes because of their ability to solve problems without direction from their handlers. 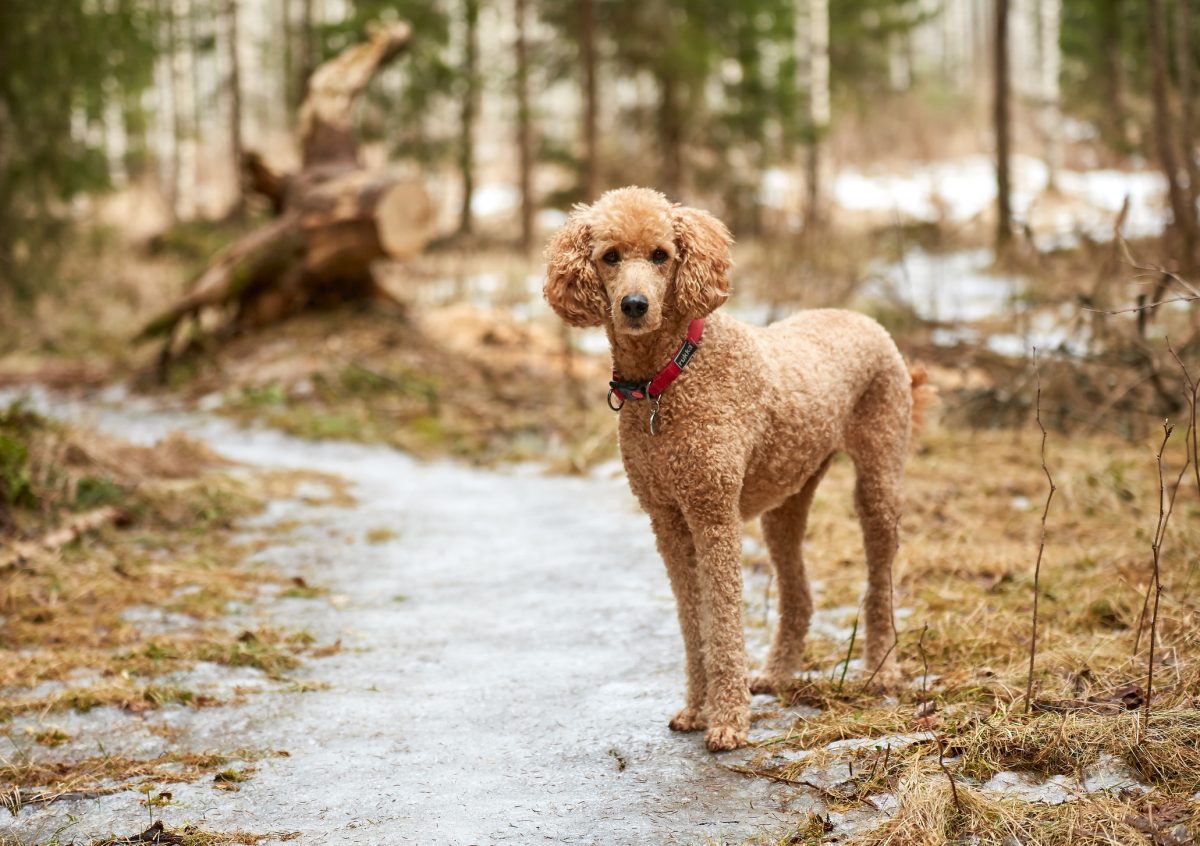 It can be hard for strangers to get to know poodles because they tend to be independent. However, these dogs love their families and bond strongly with them. They're generally eager to please their owners, which makes it easy to train them for basic obedience and more complex tasks. Poodles do best with reward-based training that allows them to make use of their problem-solving skills. 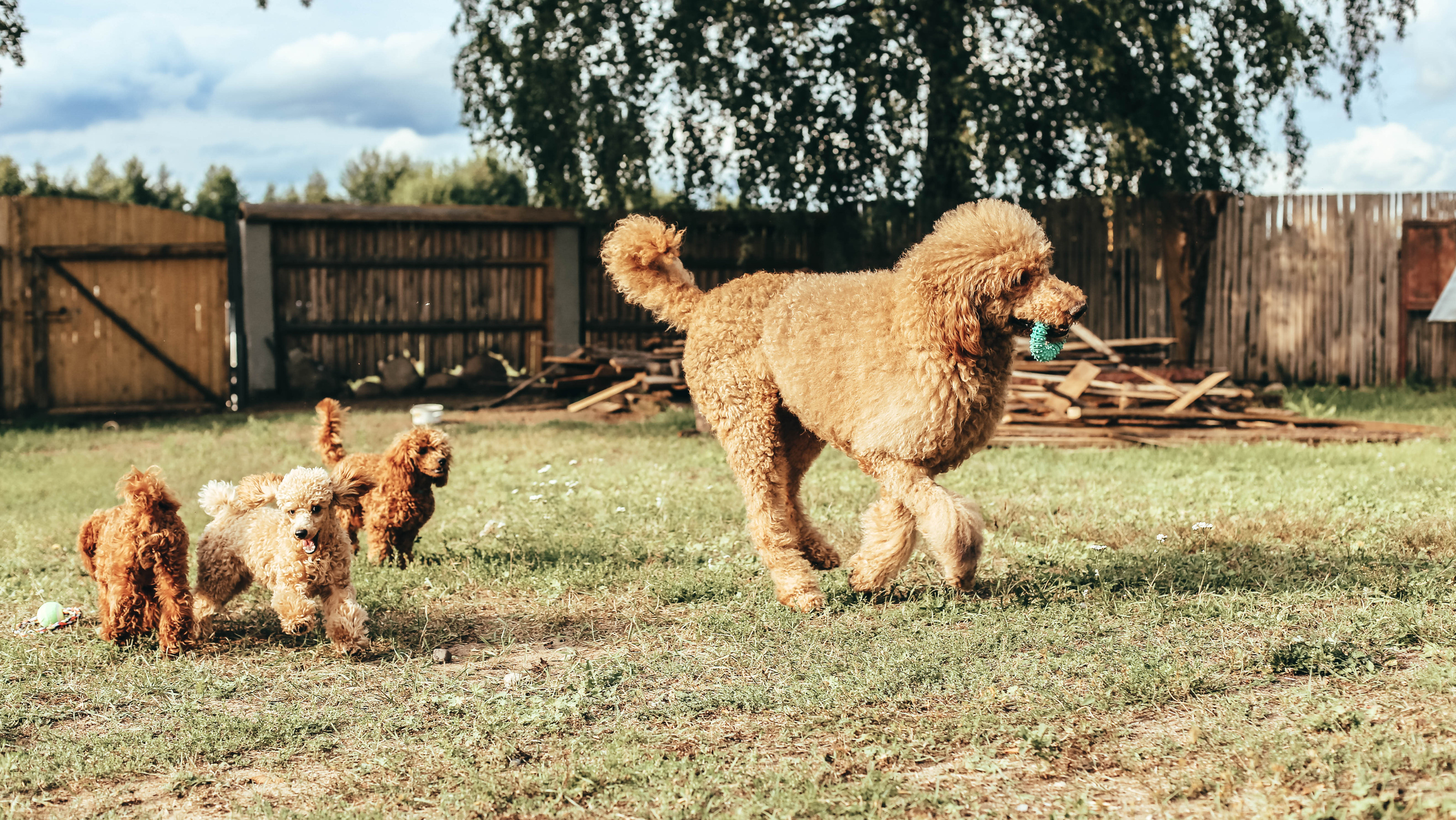 Poodles tend to have a calm external demeanor, which can trick some people into thinking they don't need much exercise. However, it's important to remember that they are a working breed. Since they've been bred to spend hours in the field, they generally need a lot of activities. Poodles who don't receive enough physical and mental stimulation can become destructive or develop other behavioral problems. 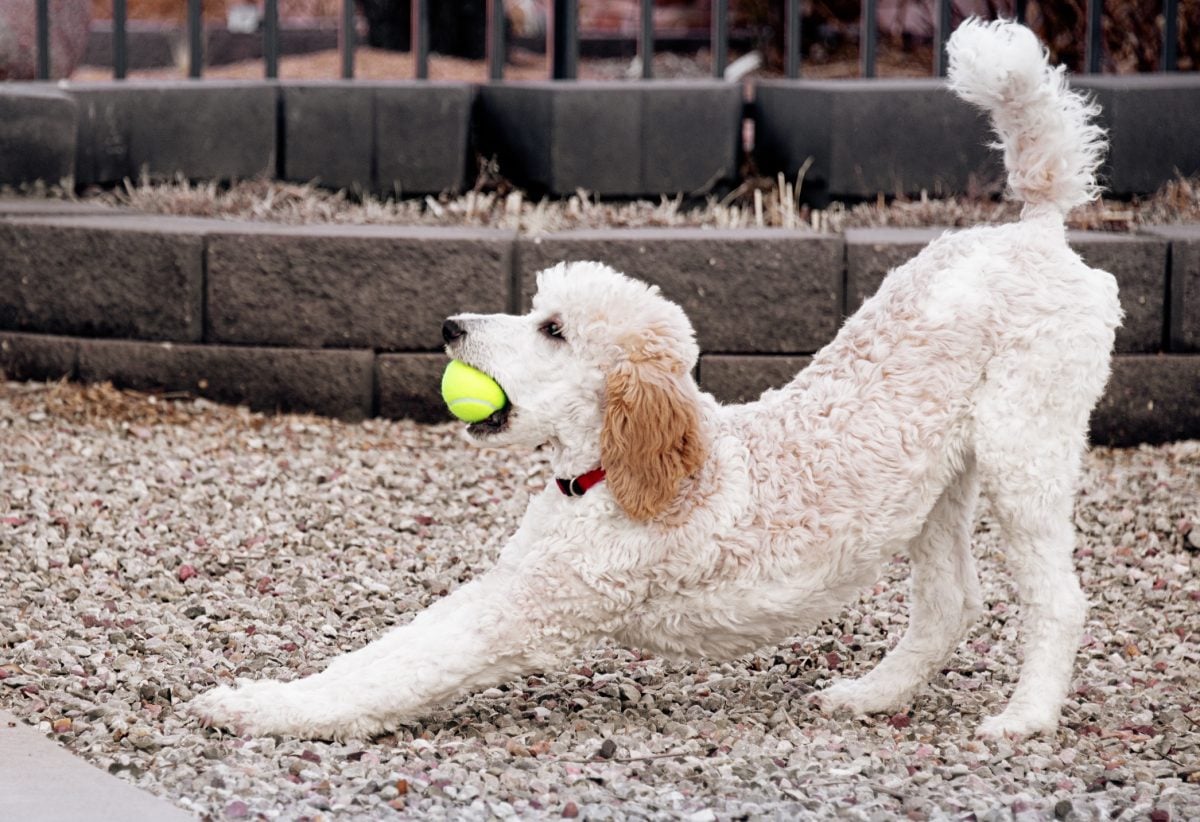 Although poodles originated as large hunting dogs, modern poodles come in various sizes. Most kennel clubs recognize toy, miniature, medium and standard poodles. Unlike some other breeds, these variants all come from the same hunting background. Some of the energy and instinct may have been bred out of the smaller types, but owners shouldn't be surprised to get a feisty small dog. 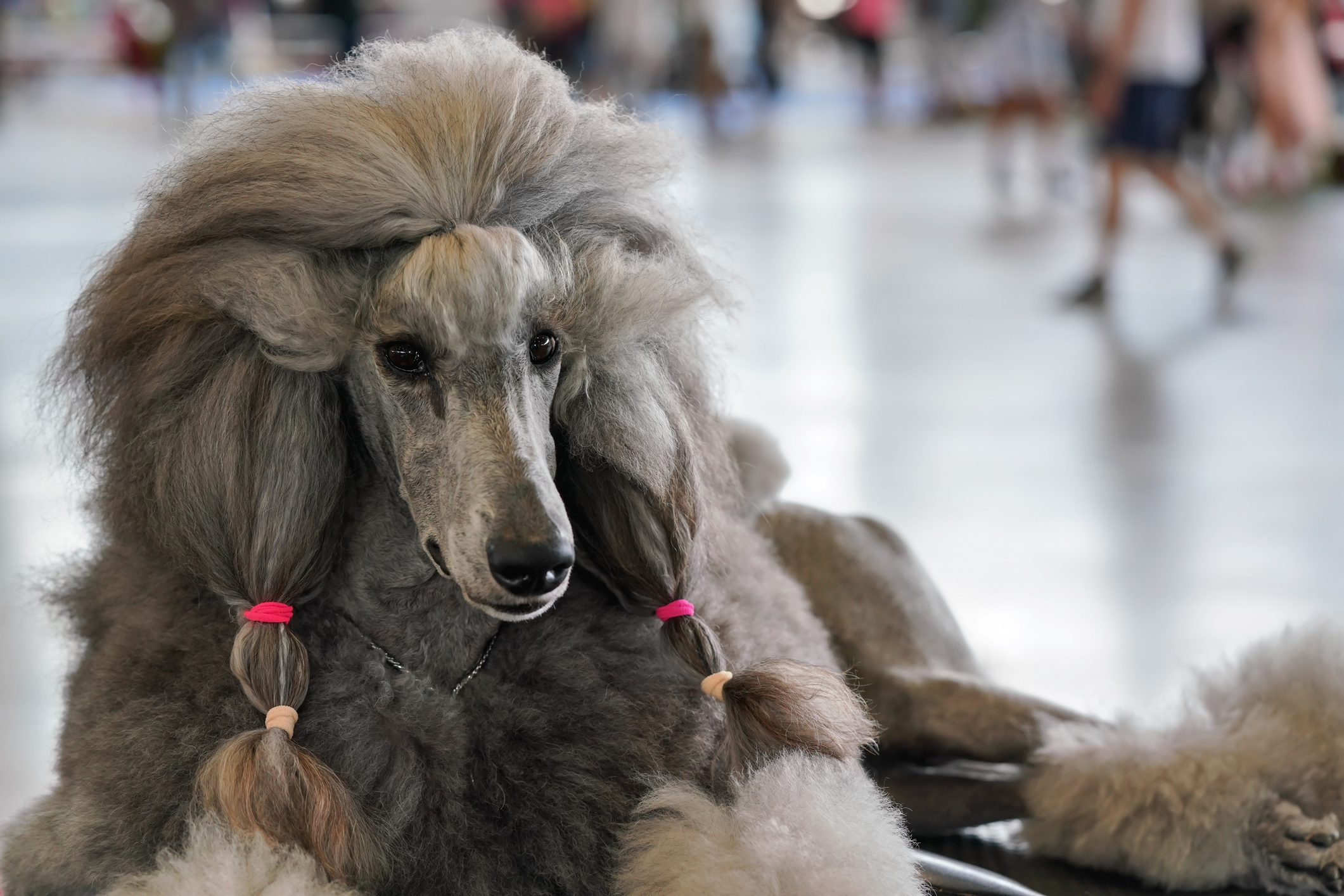 Poodles are a generally healthy breed, but they can be predisposed to some genetic disorders. Minor ear and eye problems are some of the most common, as well as hip dysplasia. Standard poodles can also be prone to bloat, a painful and potentially fatal condition caused by excess gas accumulation in the stomach. Toy and miniature poodles are more likely to have luxating patellas and other orthopedic issues. Choosing a good breeder can help reduce the chances of these health issues. 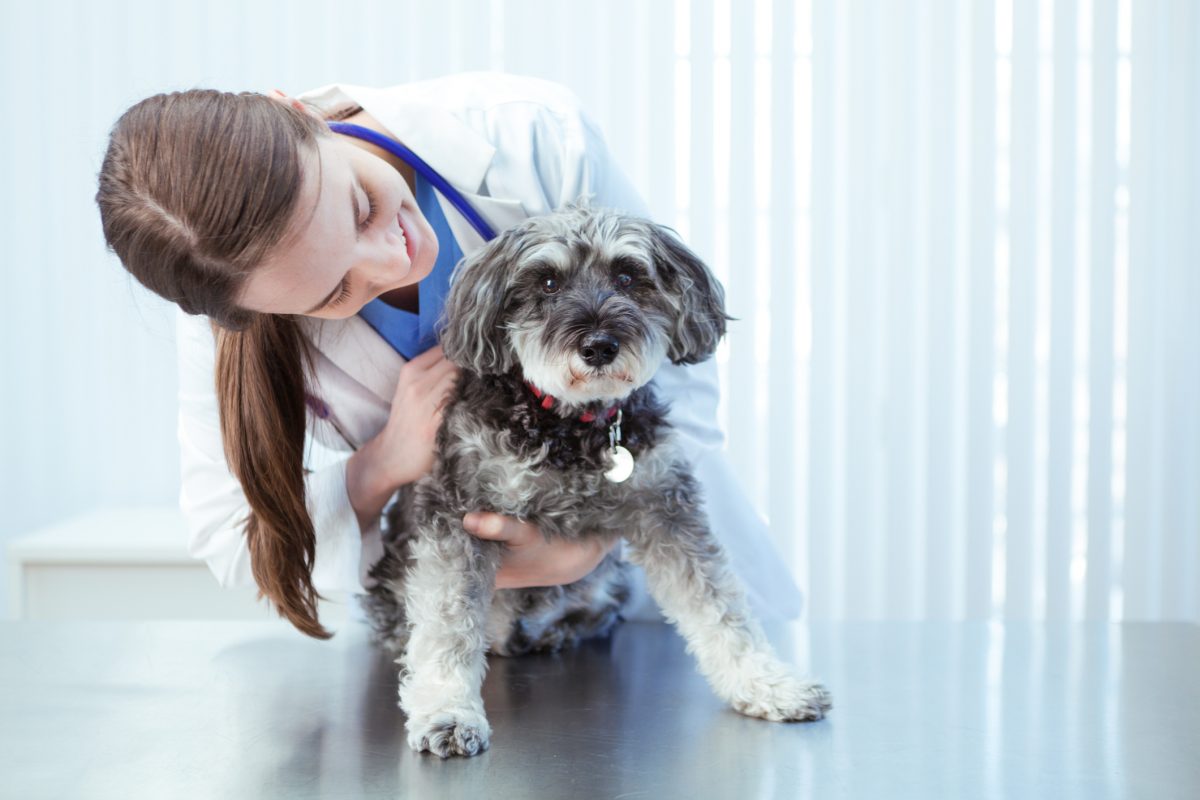 No matter what your personal style may be, you can find a poodle to match it. They come in a variety of recognized colors, including black, white, silver, apricot, blue, and multi-colored coat patterns. Their versatile coats also offer plenty of options. Most pet owners prefer to keep their poodles' coats closely trimmed for convenience, but longer working cuts are also available. You can even choose the poofy French show cut if you're feeling fancy. 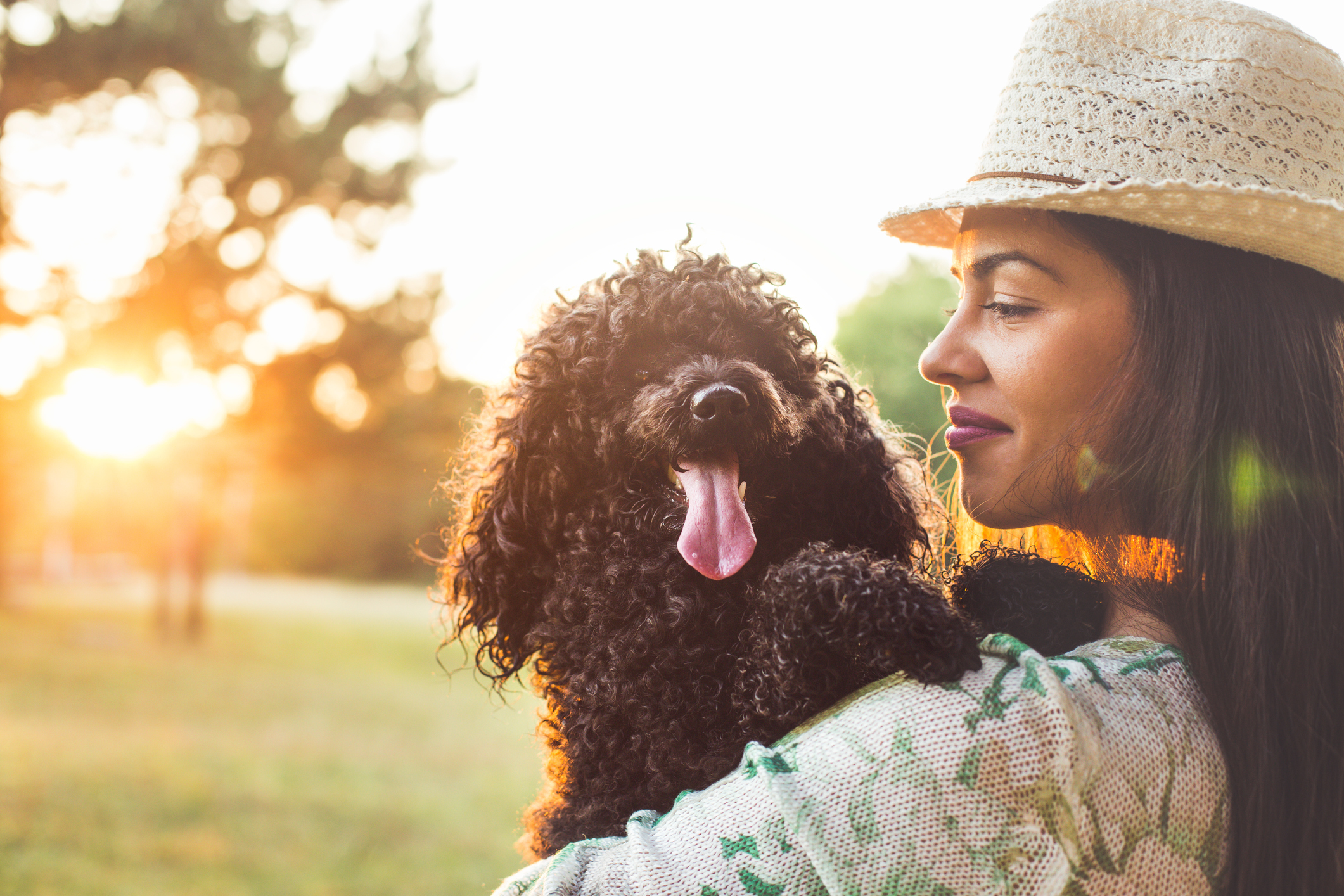 Working poodles are primarily used as a hunting dog, often retrieving fowl from lakes or rivers. In recent decades, they've also gained popularity as a service dog for people with disabilities due to their highly trainable nature, friendly disposition, and intelligence. Some have also been trained as bomb-sniffing dogs or search and rescue canines. Other owners compete with their poodles in sports such as agility. 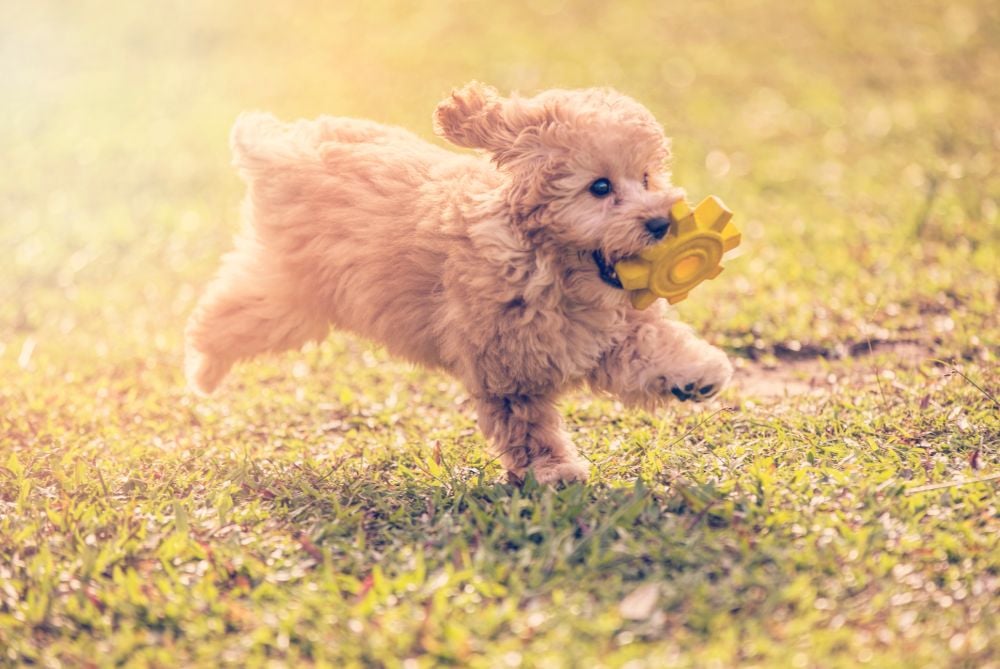 Is a poodle right for you?

Poodles are wonderful dogs, but they're more work than they seem. Poodle owners need to be prepared to brush their dogs daily and bring them in for regular grooming sessions. In addition, owners need to have plenty of time to exercise their dogs and keep them entertained, as poodles are easily bored. However, if you have the time and energy to keep up with these clever pups, their affectionate nature makes them excellent companions. 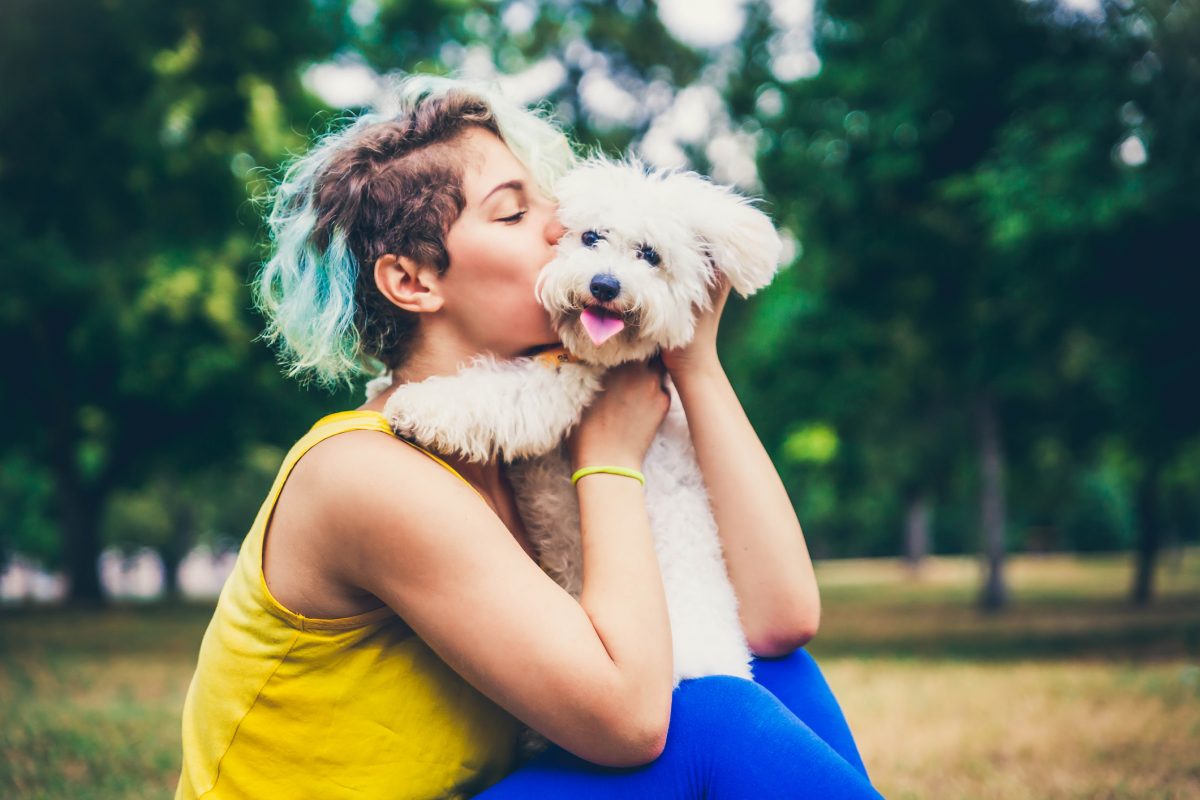