When you’re looking for a dog to add to your life, you have to think about a lot of things. You’ve got to think about temperament, breed-specific health problems, and whether the breed is suited to your environment. There’s a reason a lot of city dwellers own smaller dogs, and it’s primarily size. If you live in an apartment, for example, there probably aren’t many large dog breeds that would be comfortable in a small home with no garden. On the other hand, if you do have space, a big dog can be the best friend you’ll ever have.

Mastiffs come in all shapes and sizes. All of those sizes, however, are variations of extremely large. Although their size can be intimidating to those who aren't used to dogs, English Mastiffs are gentle giants. They're calm, good-natured, and extremely loyal. On top of that, they make great cuddle-buddies for the whole family. In fact, Mastiffs have been keeping humans company for hundreds of years. Measuring in at between 28-31 inches and weighing between 150-200 lbs, that's some company. 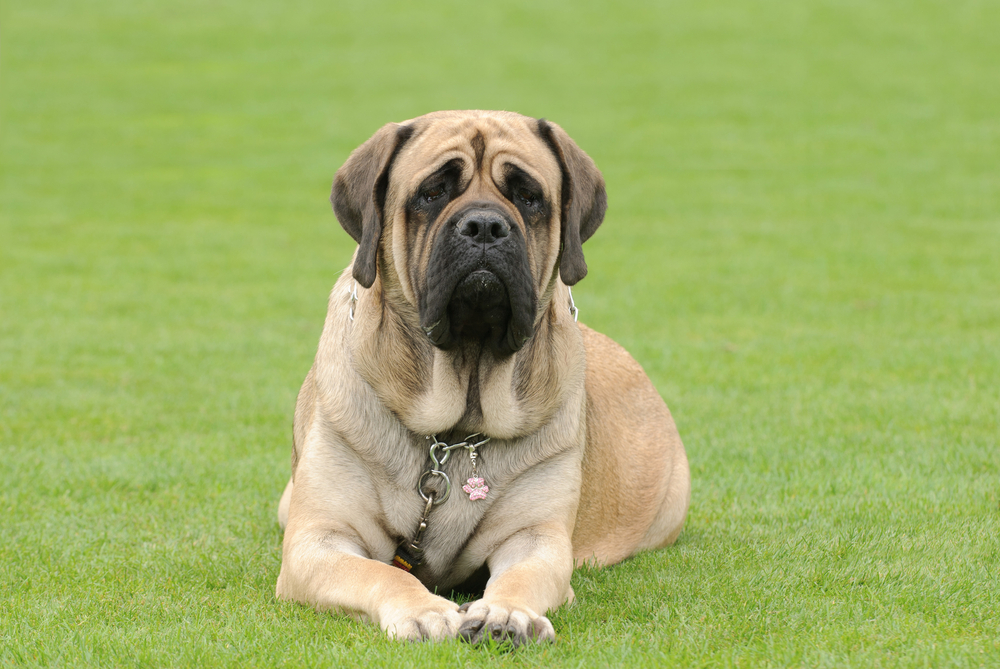 The Mastiff’s “cousin de Francais” hails from across the English Channel. If you've seen the Tom Hanks movie Turner and Hooch, Hooch was a Dogue de Bordeaux. Surprisingly for a large dog, the Dogue de Bordeaux - or French Mastiff - adapts incredibly well to apartment living. With adequate early training and socialization, these huge and powerful dogs make sweet and devoted partners-in-crime. The DDB, as they're affectionately known, are loyal and self-assured. They're also one of the largest breeds in the world, although they don't quite measure up to their English cousins. 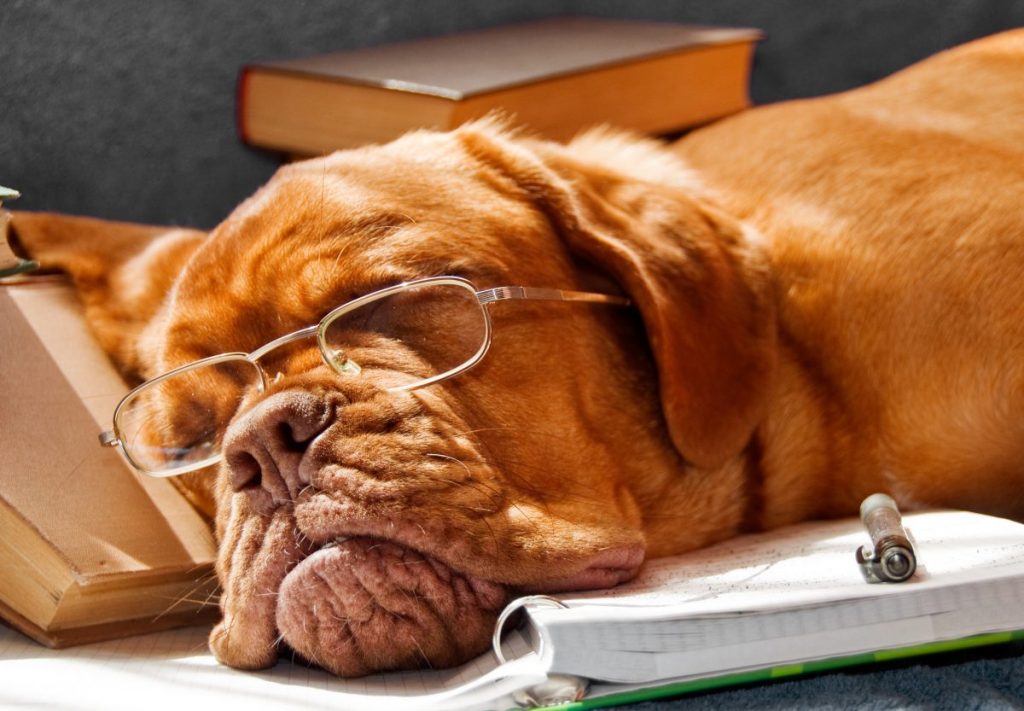 People call Great Danes the "Apollo of Dogs" and to look at one, you can easily see why. Apollo is the Greek God of the Sun, and the Danes' stature is certainly as stand out as the sun. Great Danes are another breed whose appearance is deceiving. Being the size of most adult humans, they can appear imposing, but they're actually sweet dogs with a sensitive nature. They're people-oriented, eager and easy to please, and when trained, love to play with children. 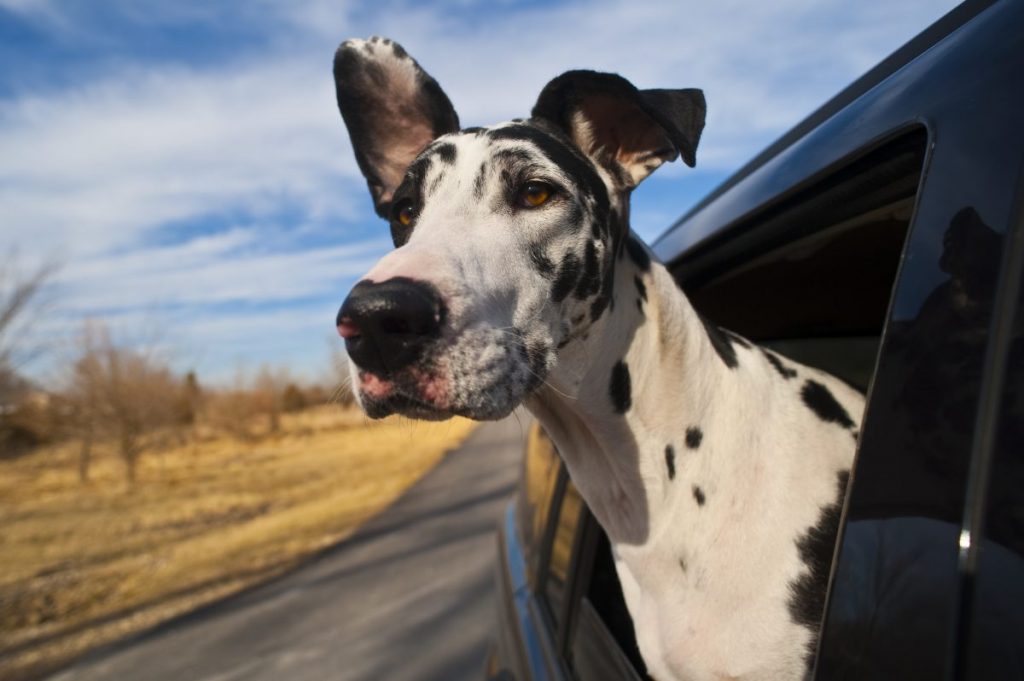 Despite their towering height of almost 30 inches and thick, furry coat that makes them seem even bigger, Newfoundlands love to cuddle. History even says that J.M. Barrie, author of Peter Pan based the dog in the story on his own Newfoundland. This is probably because they're companion dogs who love to look after their owners. They put their owners first, and their owners do the same for them. Newfies are an intelligent and lovely breed to have as a pet, but only if you've got the space for them. They require a lot of it, after all, including ample garden space to run around. 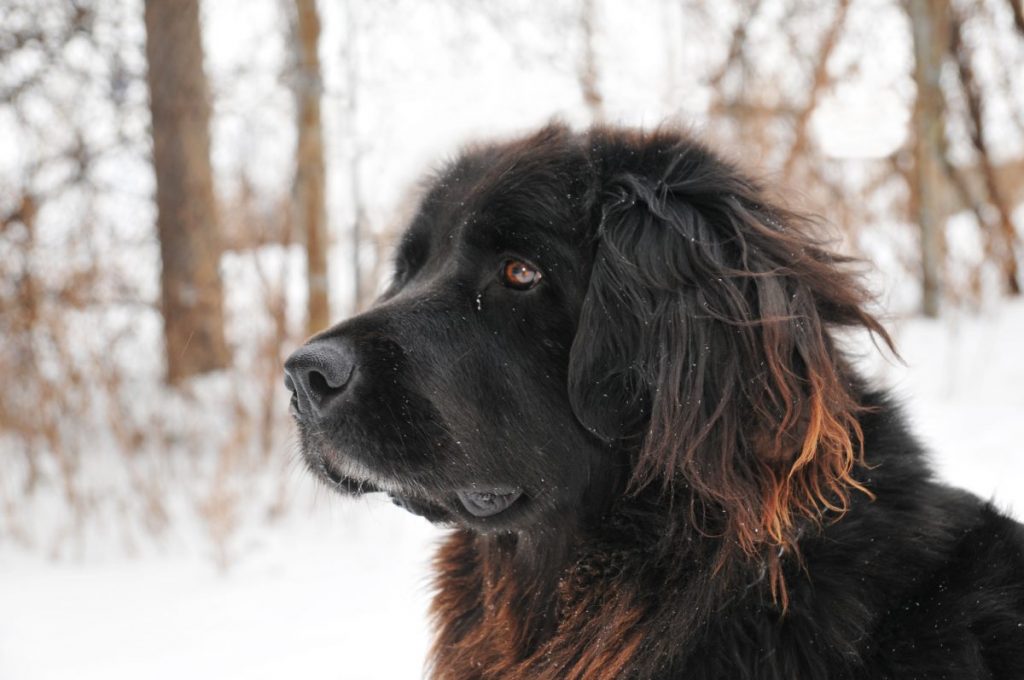 Anyone who remembers the Beethoven movies will know a St. Bernard from the titular dog. St. Bernards were originally bred to find and save lost or injured travelers in the Swiss Alps. These days, however, they much prefer the creature comforts of a cozy and loving home. Because of their ancestry, these guys are eager to please, which makes training them far easier. They need a lot of room, similar to the Newfoundland, making them the ideal large dog for a family home. There's just one thing to watch out for, though: the drool! 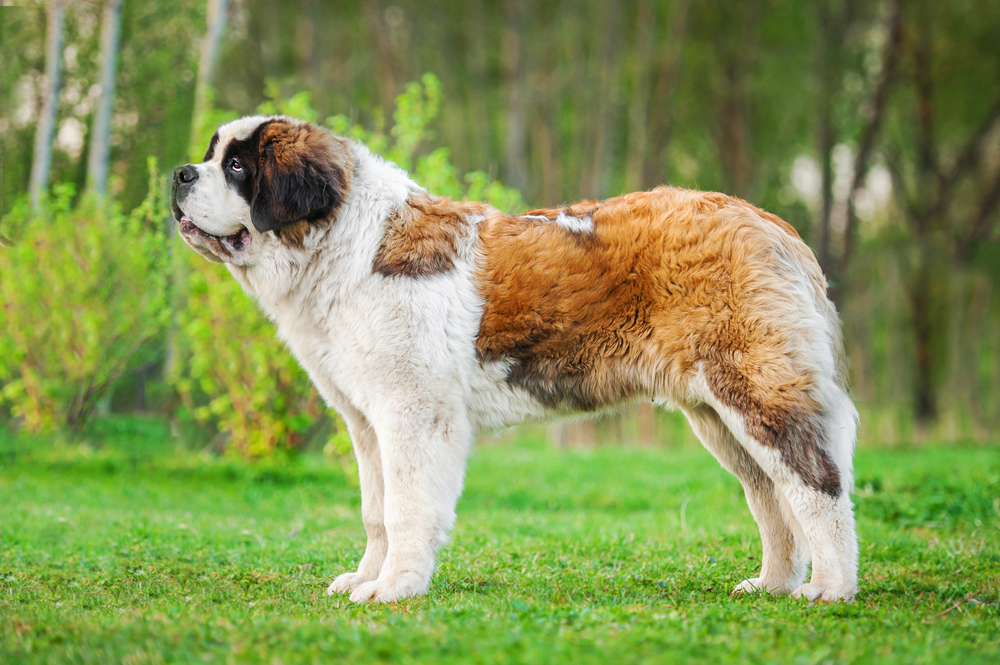 Irish Wolfhounds come with varying temperaments, both of which are very safe and family-friendly. Some of these giants are calm and dignified whereas others are very playful and extremely silly. Whichever way your Wolfhound comes, they're always an easygoing pet. Originally bred as hunting dogs, they do best in the countryside or in a suburban setting where there are plenty of places to exercise. Unfortunately, they can be pretty expensive to buy. 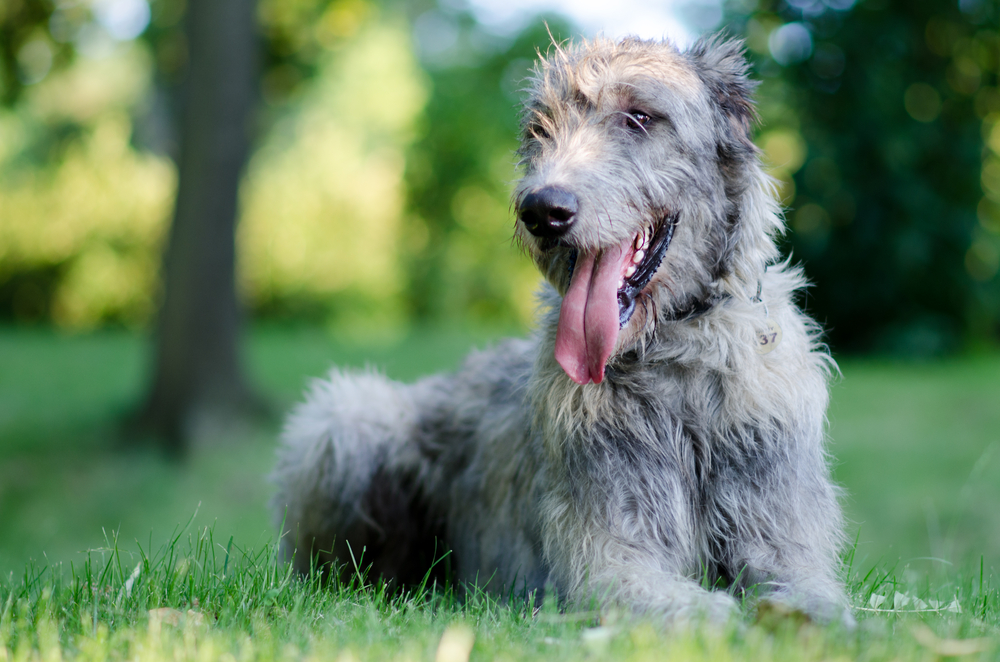 The Leonberger is actually a mixture of three other gentle giants: Newfoundlands, St. Bernards, and Great Pyrenees. Leonbergers are affectionate lions of dogs who love being part of the family rather than the family pet. They're very protective pets and grow to distrust strangers, though should never cause anyone any harm. One of the Leonbergers favorite things to do is to lean against their human's legs. As you can imagine, having a 125-170 lb pooch leaning on you can be cute but a bit awkward. They can’t help it; they just love you so much. 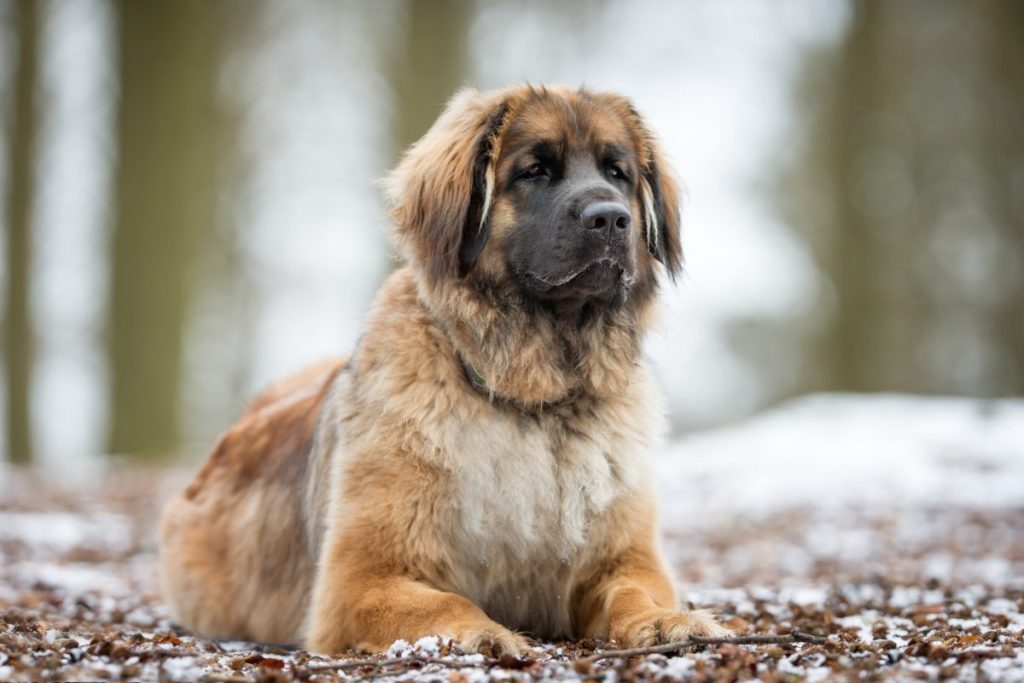 Anatolian Shepherds aren't family dogs or ones that will lie on the couch for hours, but that doesn't mean they don't make great pets. If you're a farmer or live on a ranch, this breed can be your greatest companion. They were bred to guard livestock and therefore shouldn't be a pet to anyone who wants a more casual companion. These beautiful giants are smart and independent but tend to want to be the boss. A well-trained Anatolian your ranch will protect your chickens, horses, sheep, and more. And they might even consider you one of their pets! 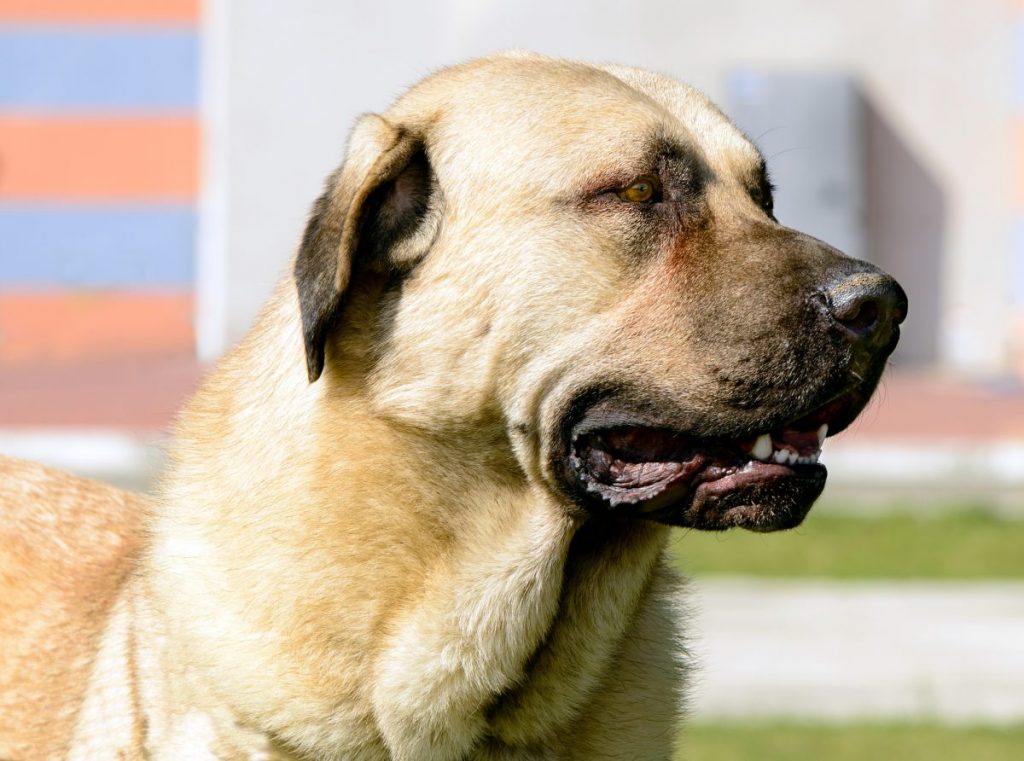 Bernese Mountain Dogs are a huge and exceptional candidate for Netflix marathons on the couch. This loveable breed likes to laze as much as we do, but they also like to be outside. The clue's in their name! They love cool weather and love being out in the wilderness with their family. Bernese can sometimes be shy, and so as a puppy, they need quite a bit of socialization to make sure they don't shy away too much. But even when they do, these peaceful pups are great companions. 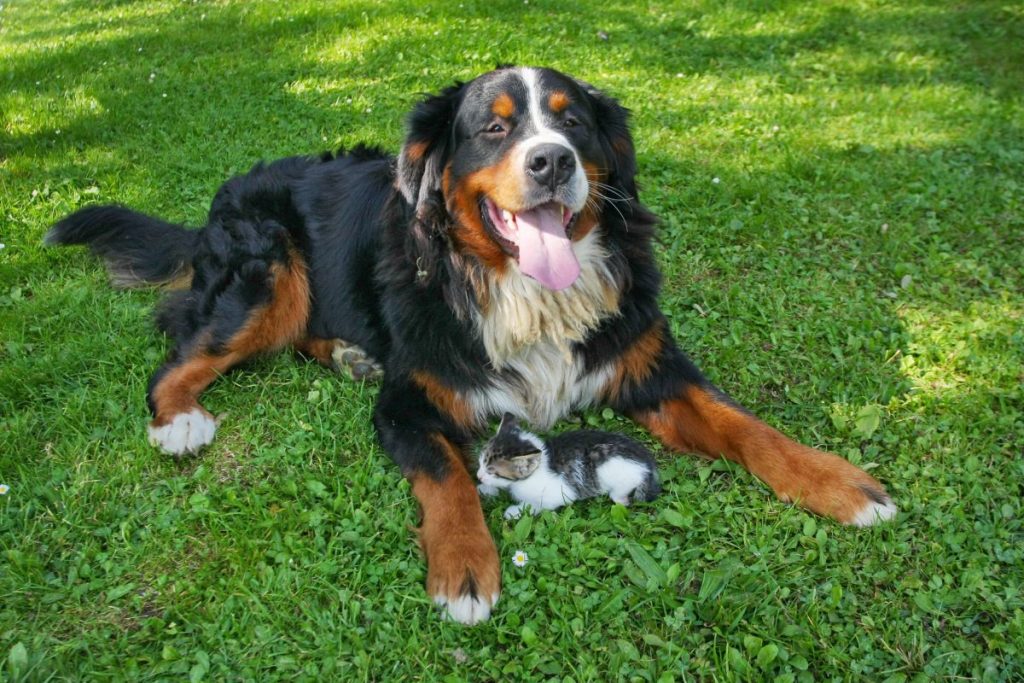 Like their Irish Wolfhound cousins, the Scottish Deerhound is slightly different to a lot of usual family dogs. They're playful as puppies but grow into dignified and loyal companions. If you live in a small apartment, a Deerhound probably isn't the best dog to have. Their long legs need a lot of exercise and like to run around in spacious back yards. These beautifully independent dogs are also sweet and polite to strangers. 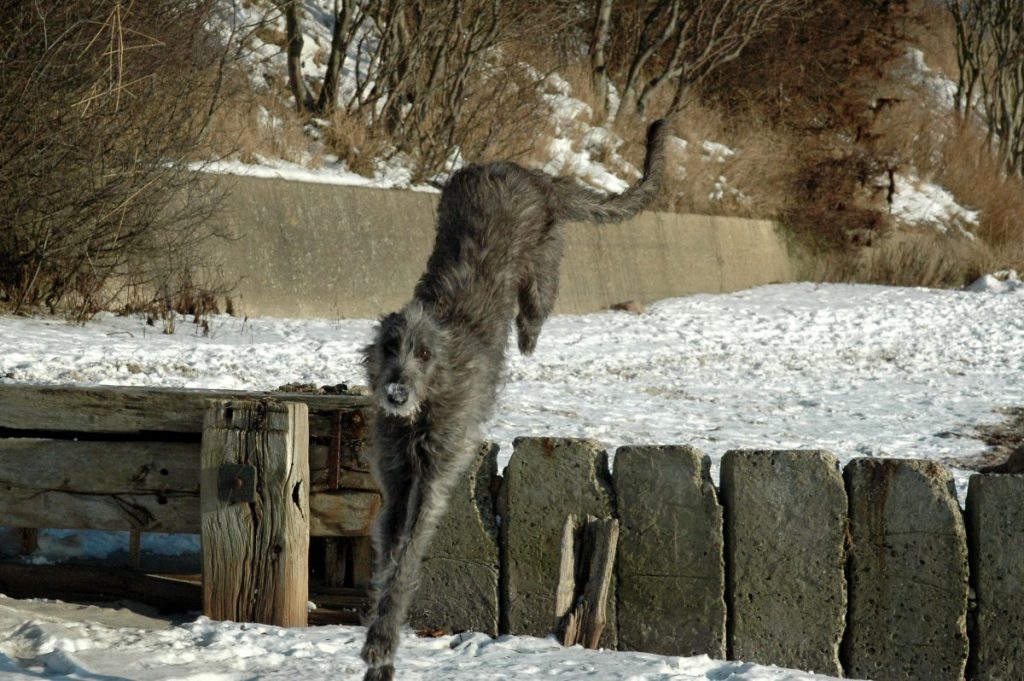