Is the Springer Spaniel Right For You?

Although reports show the springer spaniel has existed for more than 2,000 years, it was not until 1812 that an English family developed the first pure line of the breed. This family, the Bougheys, wanted to develop a new breed that would have a curly coat and the Clumber spaniel's strong body. Originally used for sporting, the English springer spaniel quickly became popular; owners started showing their dogs in the early 1900s.

Reasons to Adopt a Springer Spaniel

The English springer spaniel is a loyal, loving companion, widely considered a great addition to almost any household. Due to the breeding standards developed in the 1800s, the springer spaniel has a strong desire to spend time with its owner. Therefore, this breed is ideal for families seeking a loyal pet, as well as outdoor enthusiasts who want an energetic dog with a talent for tracking down birds. 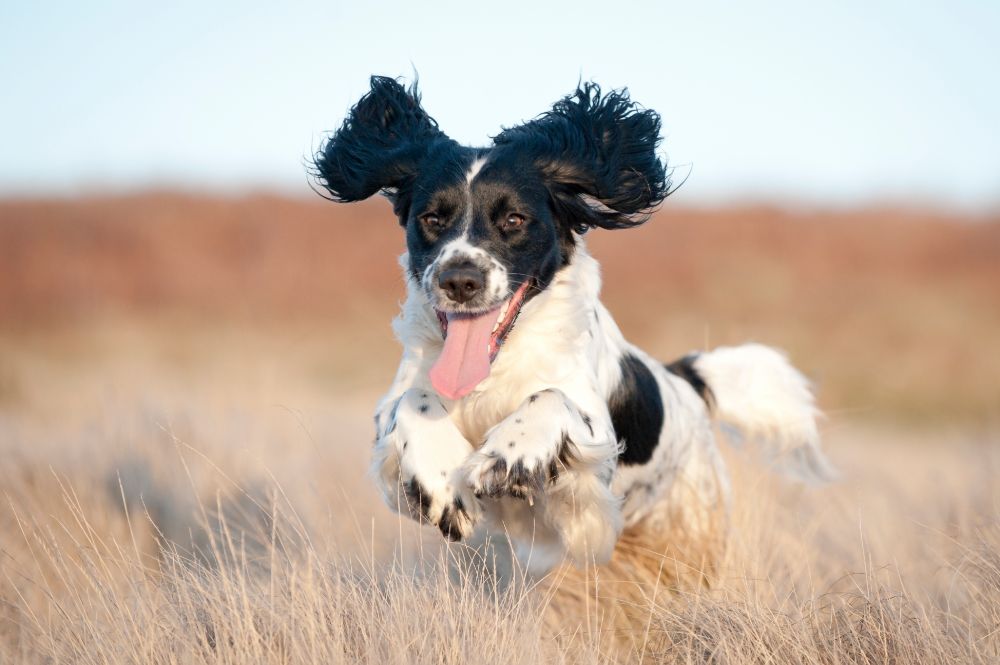 Environmental Needs for a Springer Spaniel

English springer spaniels are highly adaptable, and they can adjust well to apartment living. Provided a springer spaniel gets enough exercise, it should be just as happy in a city apartment as it would be in a rural farmhouse. This type of dog may bark when it meets a new person, but as most settle down quickly, they're not often disruptive to other tenants. 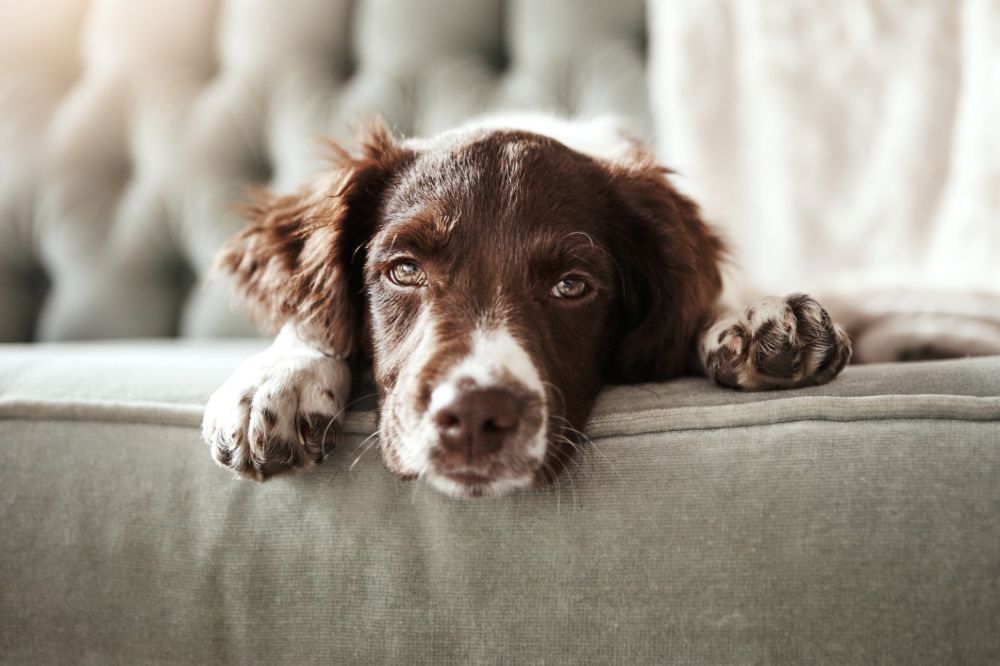 The English springer spaniel is highly intelligent, making the breed fairly easy to train when the owner practices patience. Many trainers consider positive reinforcement preferable to punishment, as punishing a springer spaniel may cause it to develop behavioral problems. If the dog does not listen, say "No!" in a firm voice. Any time the dog follows a command, give immediate praise. 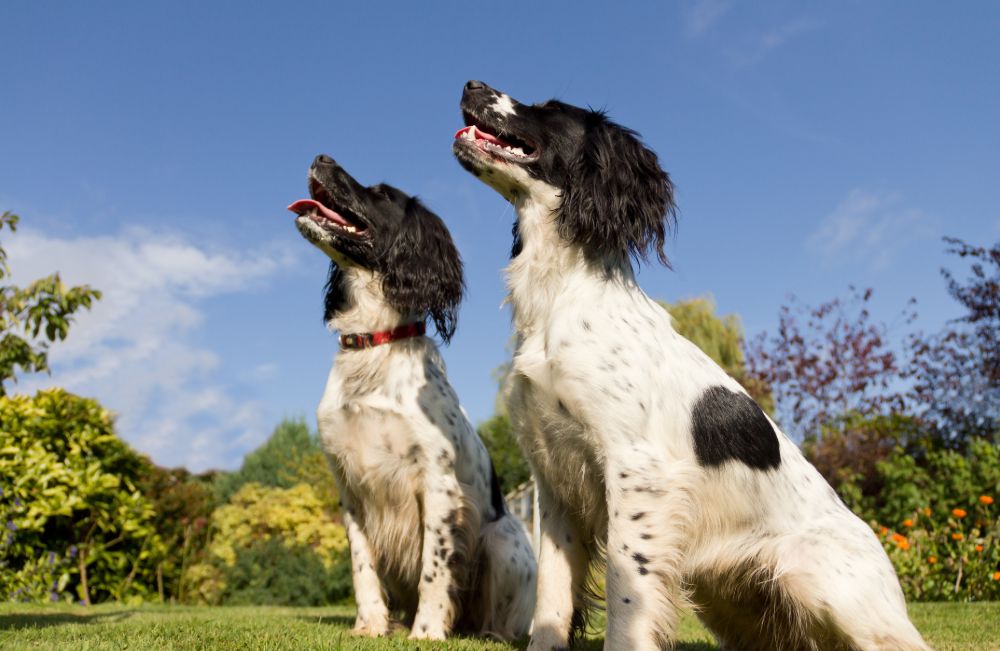 Size and Coloring of Spring Spaniels

English springer spaniels usually weigh 40 to 50 pounds and measure about 20 inches in height. They look similar to other spaniels, with large paws, a feathered coat, and long ears. Springer spaniels also have long legs, due to the breeding standards developed by the Boughey family in 1812. This physical feature increases speed, which makes the springer ideal for flushing out birds and retrieving them.

These handsome dogs can have many different coat colors, including orange and white, tri-color, liver and white, black and white, and red and white. Additionally, the English springer spaniel has a double coat that insulates the dog and protects against the elements. 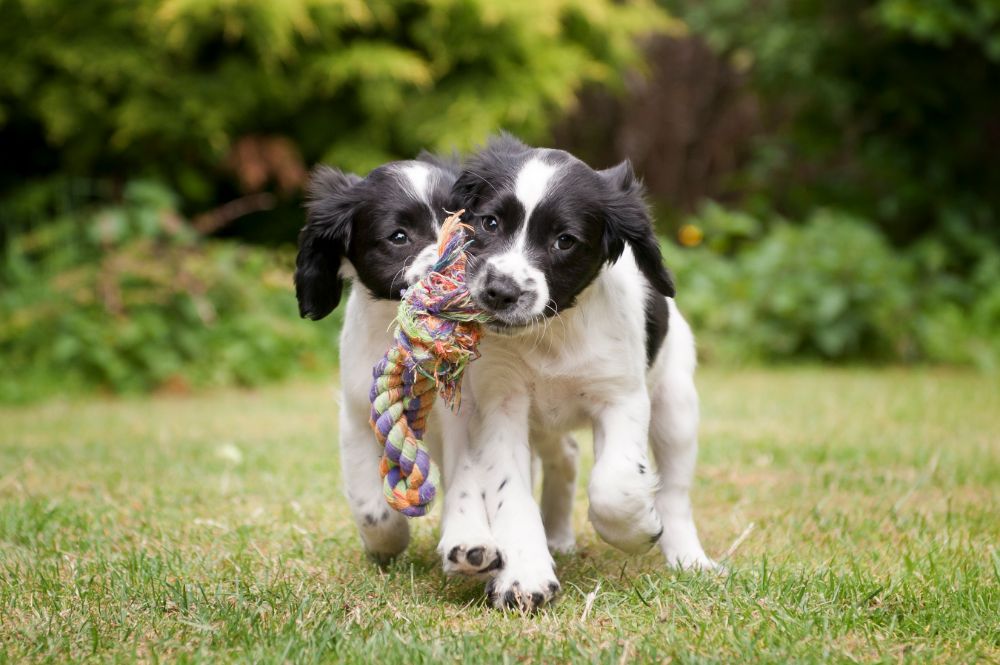 Many celebrities and world dignitaries have fallen in love with the soulful eyes and floppy ears of the springer spaniel. Cesar Milan, a renowned dog trainer, owns a springer spaniel named Rosie. Prince William and Kate Middleton have been spotted walking Lupo, their black springer spaniel. George W. Bush, Princess Grace, Prince Harry, and Anderson Cooper have all owned these charming dogs. 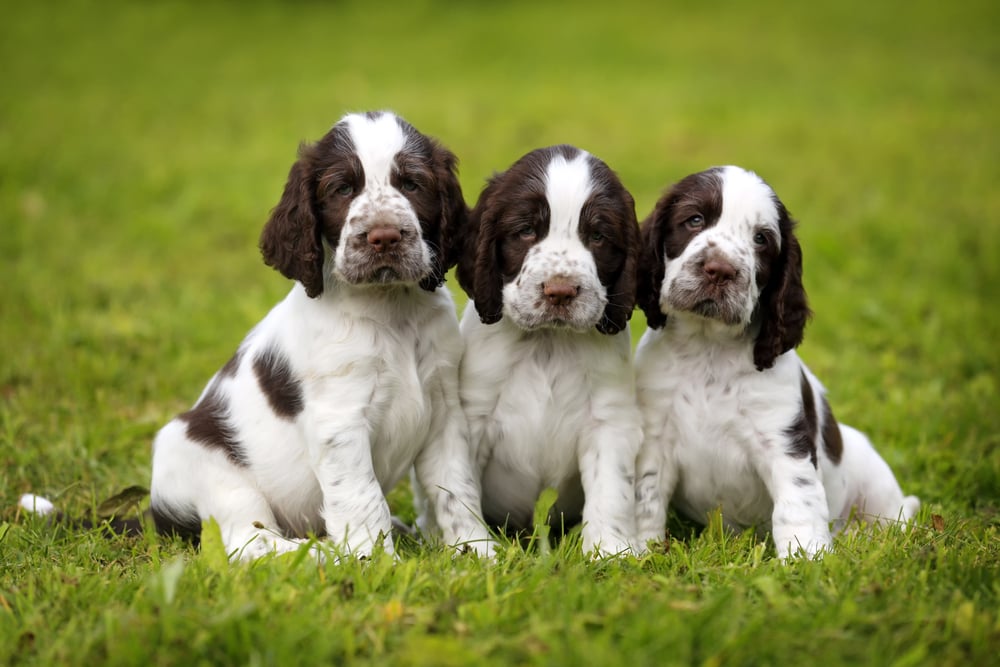 Health Profile for the Springer Spaniel

English springer spaniels have an elevated risk of conditions affecting the retinas and should get regular eye checkups. PFK deficiency is also associated with this breed. The condition causes their bodies to produce too little phosphofructokinase enzyme, making it difficult for the muscles to burn carbohydrates for energy. Otitis externa and elbow dysplasia can also affect springer spaniels. The former causes chronic inflammation of the outer ear canal, which can lead to a burst eardrum. Elbow dysplasia typically causes arthritis. 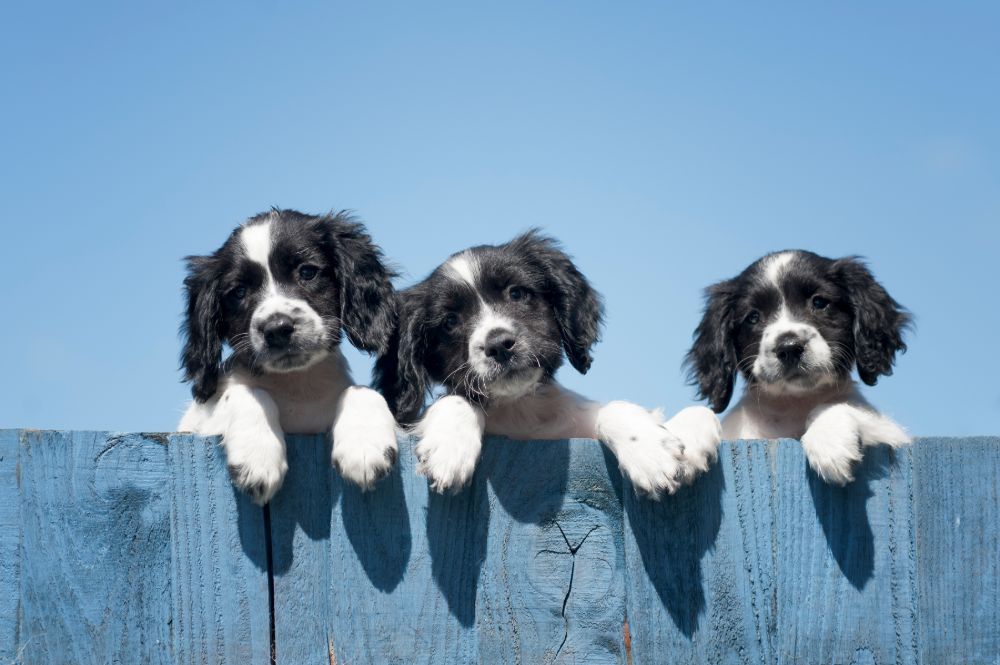 Caring for a Springer Spaniel

The springer spaniel requires regular grooming due to its double coat. Weekly brushing and combing help keep the coat shiny and free of tangles. Springer spaniels should also be clippered every few months. The high energy levels and athletic body of this breed make it a great companion for active people; springer spaniels do require regular exercise. 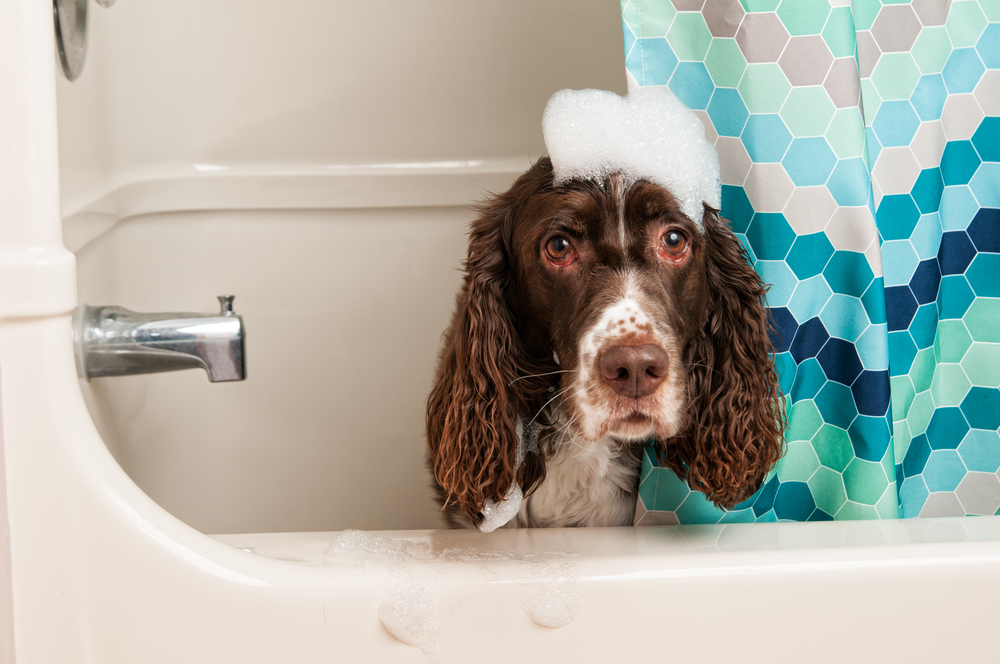 Best Qualities of the Springer Spaniel 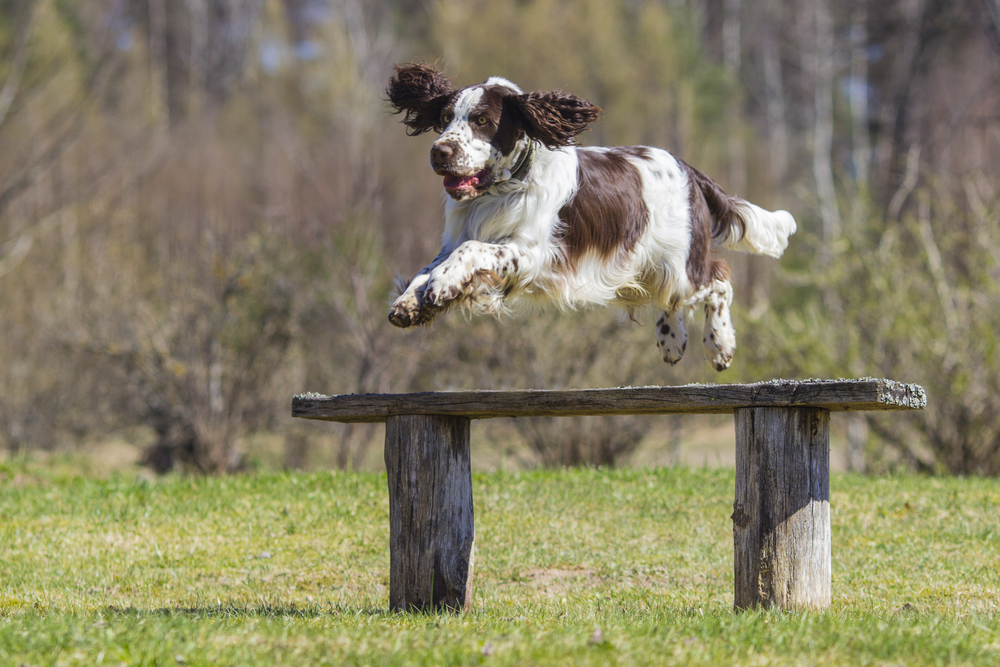 The springer spaniel also has an elevated risk of dental problems and requires regular tooth cleaning to prevent tartar from causing extensive gum disease. Good dental care can also prevent some of the systemic problems associated with gum disease, such as heart and kidney damage. 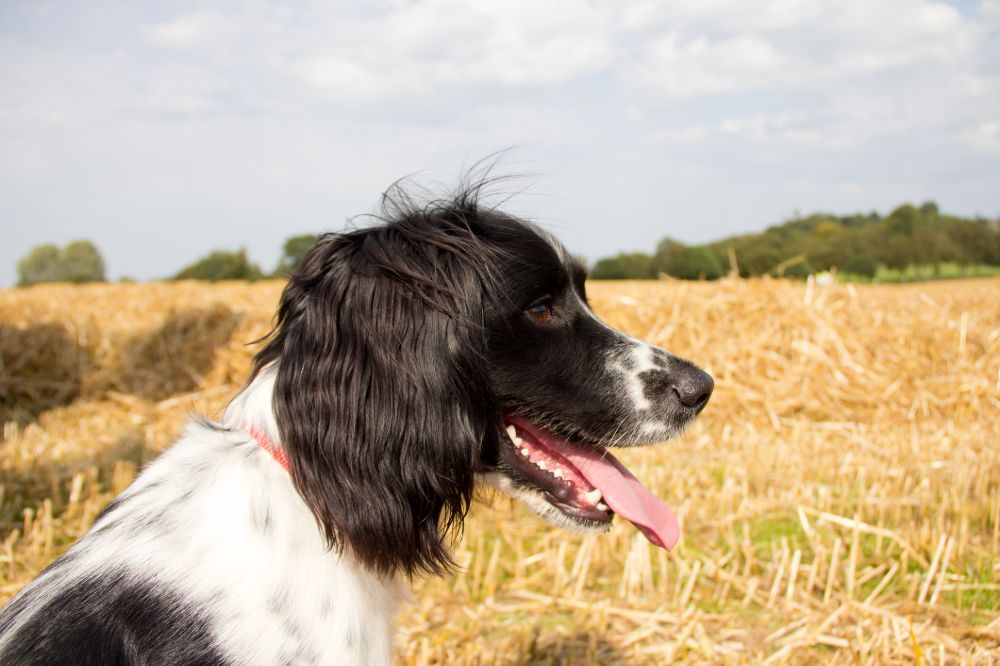 Longevity of the Springer Spaniel

With regular check-ups, plenty of exercise, and an appropriate diet, the springer spaniel typically lives to be 12 to 14 years old. Some experts recommend feeding adult springer spaniels two separate meals per day to keep them healthier for longer. The right amount of food per meal depends on the dog's metabolism, age, and any specific health concerns. 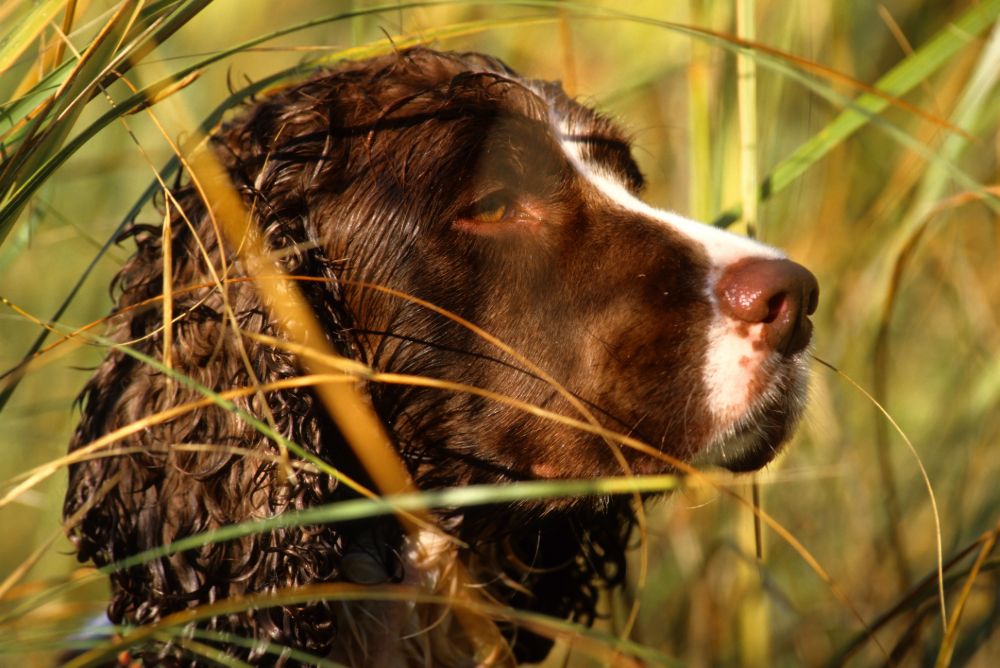