Is the Belgian Malinois the Perfect Dog for You?

Some dog breeds are laid-back and easy-going, content to lay at their owner’s feet after a long day. Other breeds are workers with a strong instinctual drive to carry out specific tasks like herding, tracking, or protecting their territory. The Belgian Malinois falls squarely into the second group. Often trained for military and police work, the Belgian Malinois breed can also be the perfect companion for individuals or families who live an active lifestyle.

Malinois are a lot of dog, packed into an agile, elegant body

Belgian breeders named the breed after a town called Malines. Breeders created this short-haired, medium-to-large size dog for herding, which requires not only agility but an innate protective instinct and high energy levels. They stand between 22 and 26 inches in height when they reach adulthood and weigh anywhere between 40 and 90 pounds. Females tend to be a bit smaller than males. They belong to a group of herding dogs called the Belgian Shepherds, which includes the Belgian Tervuren, the Belgian sheepdog, also known as the Groenendael, and the Laekenois. Although the Malinois’ appearance is similar to a German Shepherd Dog, it has longer legs and smaller bones. 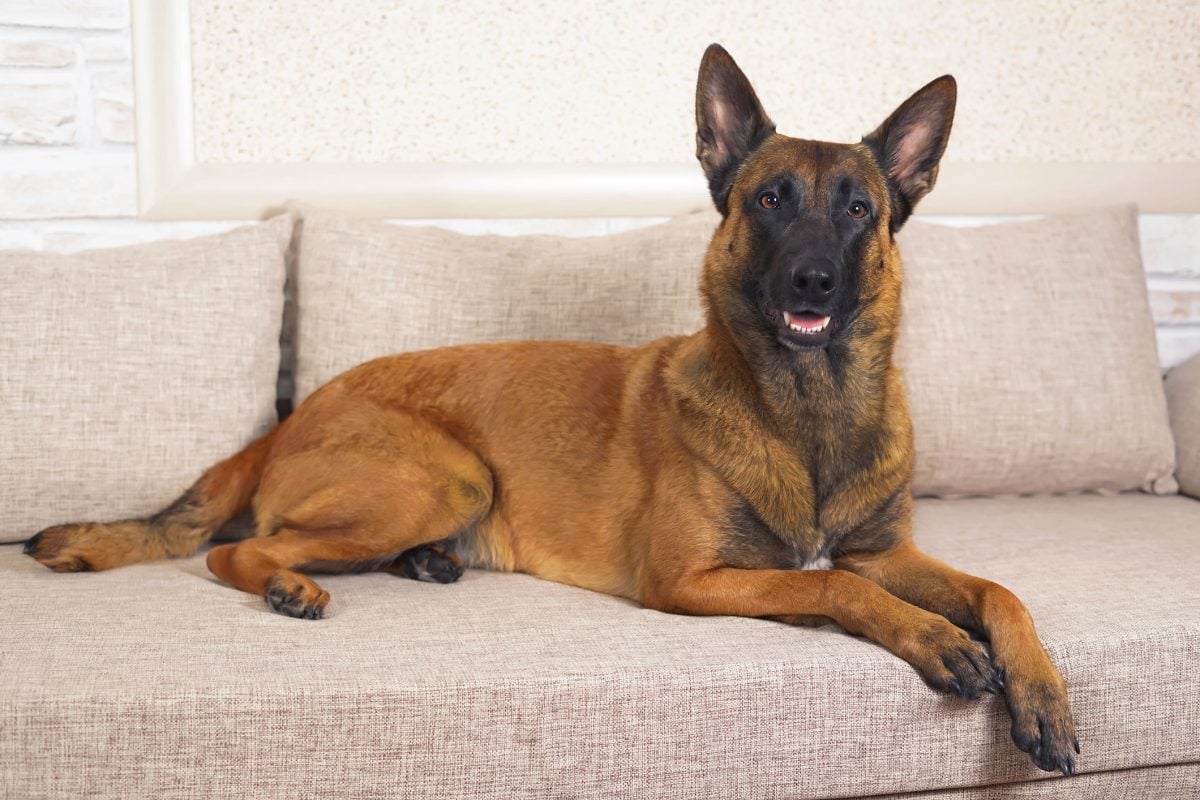 Working breeds like the Belgian Malinois or “Mal” need a purpose, or they may exhibit negative behaviors such as chewing on things they shouldn’t or digging holes in the yard. The breed’s intelligence and willingness to follow direction makes them exceptionally easy to train and fun to spend time with. Attend obedience, agility, or tracking competitions, and you’ll no doubt see examples of how the Malinois excels in these dog sports. 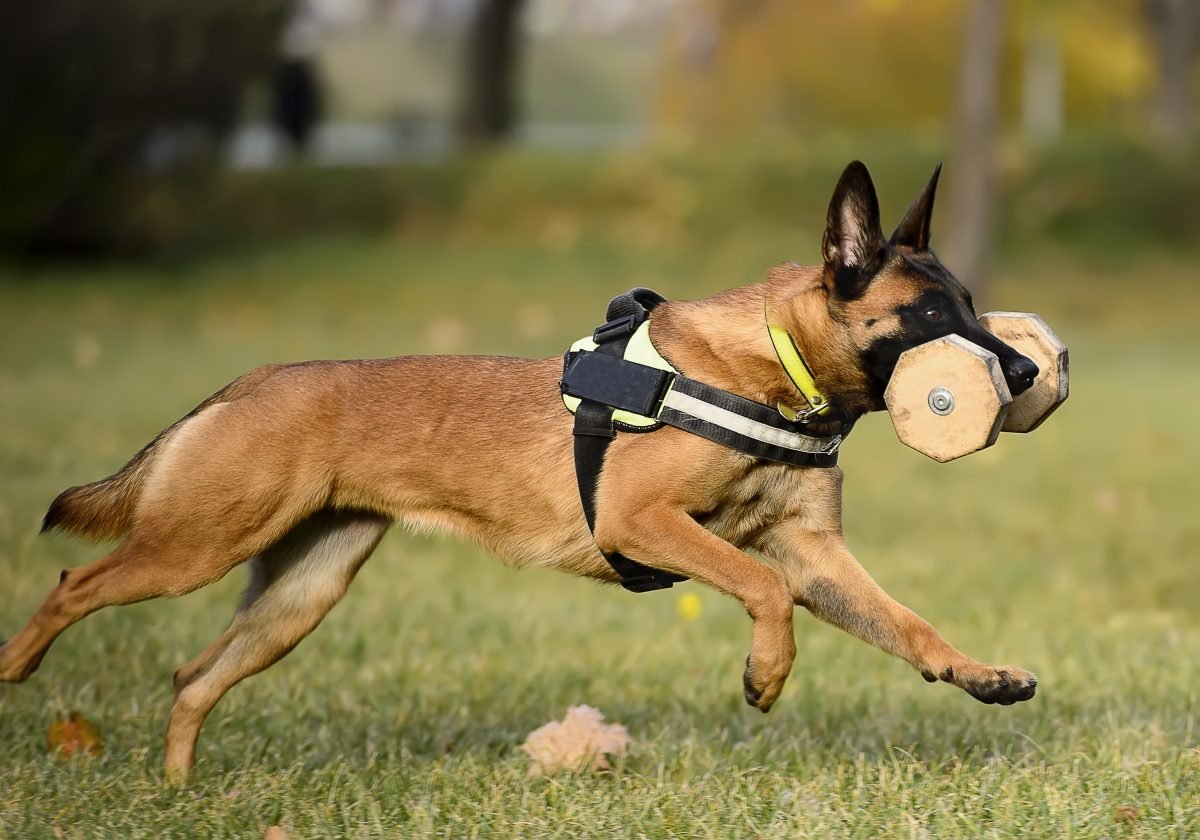 The Malinois temperament may be either aloof or outgoing

Some Malinois are bold and friendly; others act more reserved and aloof. They tend to be affectionate with their owners, yet reserved with strangers. Good breeding leads to a dependable temperament, so it is essential to acquire the dog from a reputable, experienced breeder. Mal puppies may be challenging for first-time owners. They can be fidgety, extremely spirited, and silly at times. Puppy kindergarten provides great socialization training and can set them on the right track. 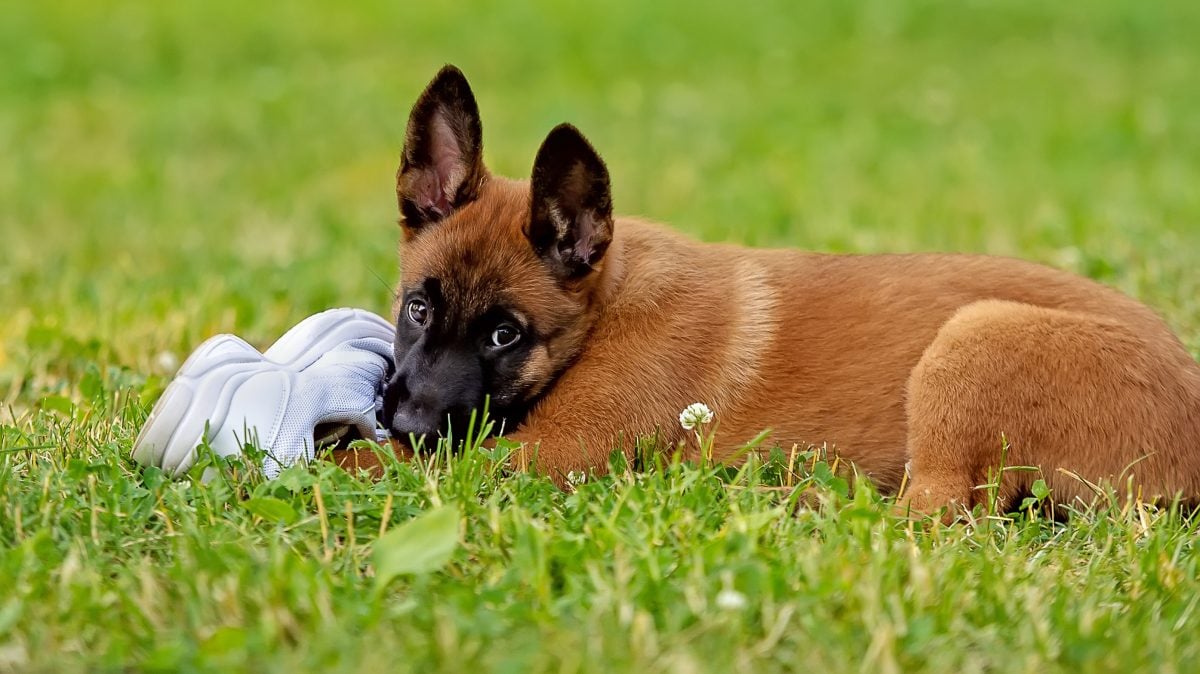 The Malinois requires plenty of exercise

A daily walk isn’t enough for the Belgian Malinois. These canines require a great deal of physical activity, around 90 minutes per day, divided into three 30-minute sessions, if possible. The Malinois breed also needs mental stimulation. Spending time alongside their human companions, running, biking, hiking, or playing retrieving games keeps them happy and healthy. Malinois adapt well to yardless homes or apartments as long as their owner sees to their physical activity needs each day. A fenced yard allows for off-leash time and allows the dog to get rid of built-up energy. 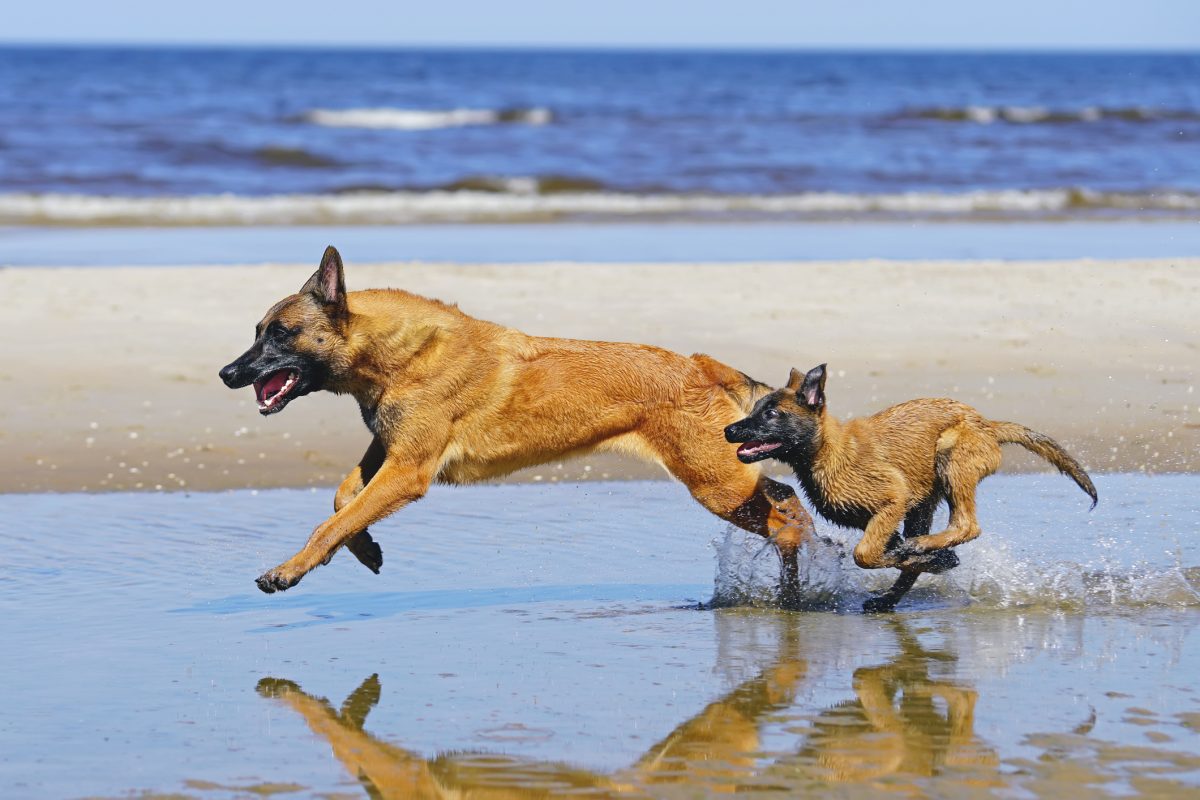 Malinois shed twice a year and a bit in-between

Every fall and spring, this breed sheds heavily. Daily brushing during these times will prevent loose hair from covering your furniture or piling up on your floors. During other times of the year, a thorough brushing twice a week will suffice. As with all dog breeds, grooming should include baths and nail trimming every three or four months. Start brushing your dog’s teeth at least three times a week when they are a puppy, so that they become accustomed to the practice early on. 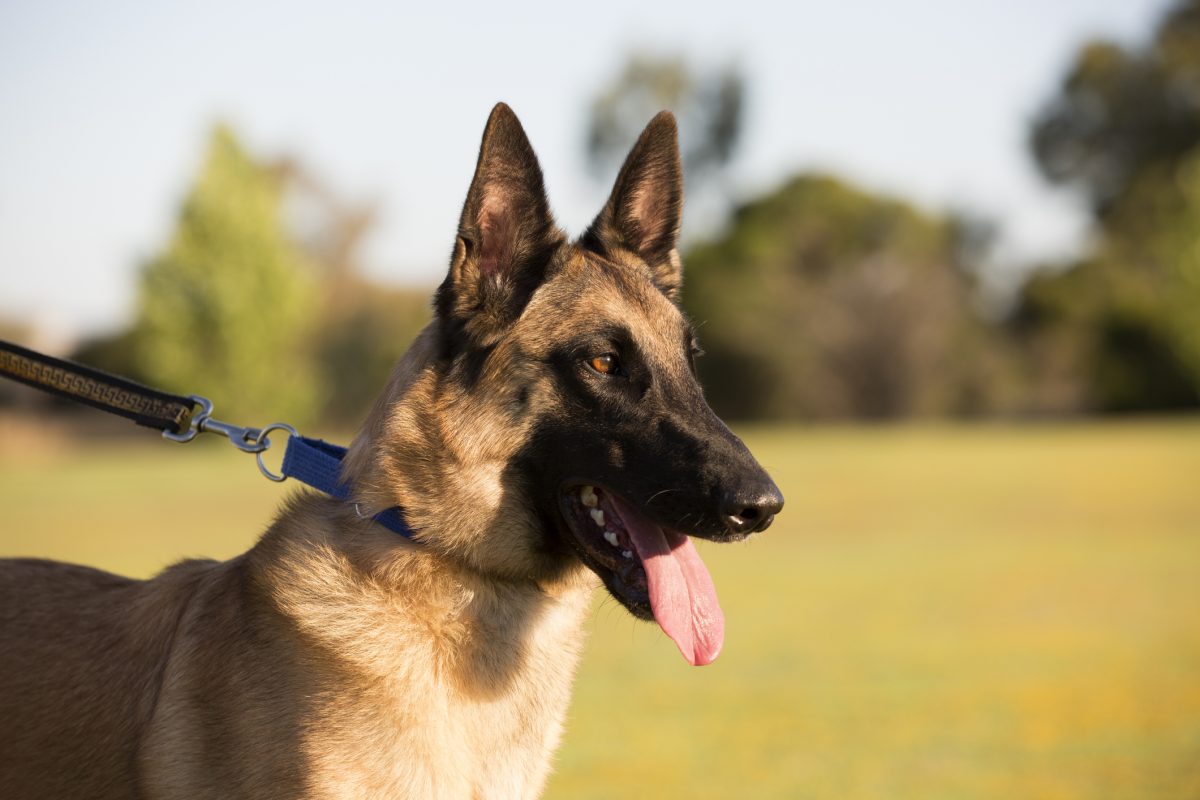 The breed has a longer lifespan than other working breeds

With a healthy diet, plenty of exercise, and a loving human taking care of them, the Belgian Malinois can enjoy a lifespan of 14 to 16 years. Overall, this is a healthy breed. However, hip and elbow dysplasia are potential issues for many breeds, including the Belgian Malinois. Eye disease, specifically progressive retinal atrophy, is also an inheritable condition. It tends to worsen gradually over time, causing the dog to lose vision completely within a couple of years. Cataracts can also be a problem. It is important to obtain a hip, elbow, and ophthalmologic evaluation from a veterinarian to determine any signs. 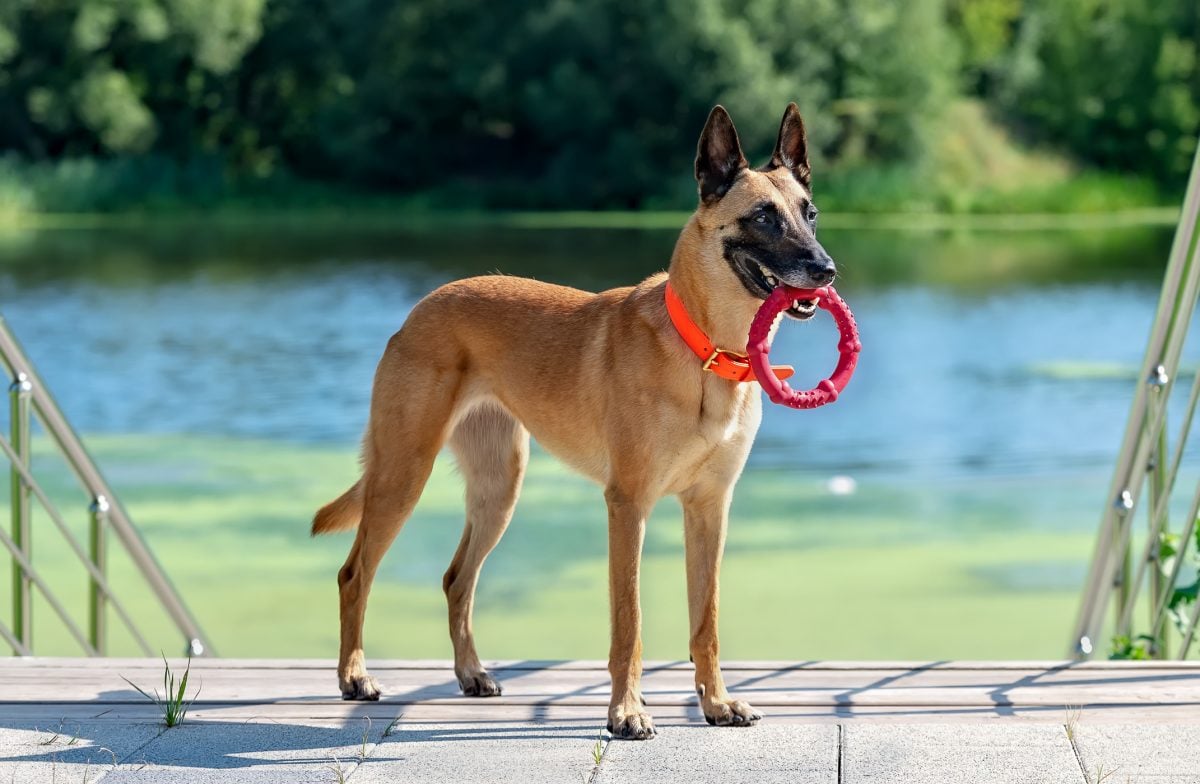 Malinois can be great family pets

This breed loves the attention of their human family. Mals respond well to children in most cases. Like any other breed, some individual dogs tolerate younger children, while others are better companions for older children. The best solution is to raise your Malinois puppy alongside children to create a strong bond, according to breed experts. However, these herding dogs sometimes attempt to protect their family members by circling them or nipping at their heels. This is an instinctive behavior that owners can correct with proper training. 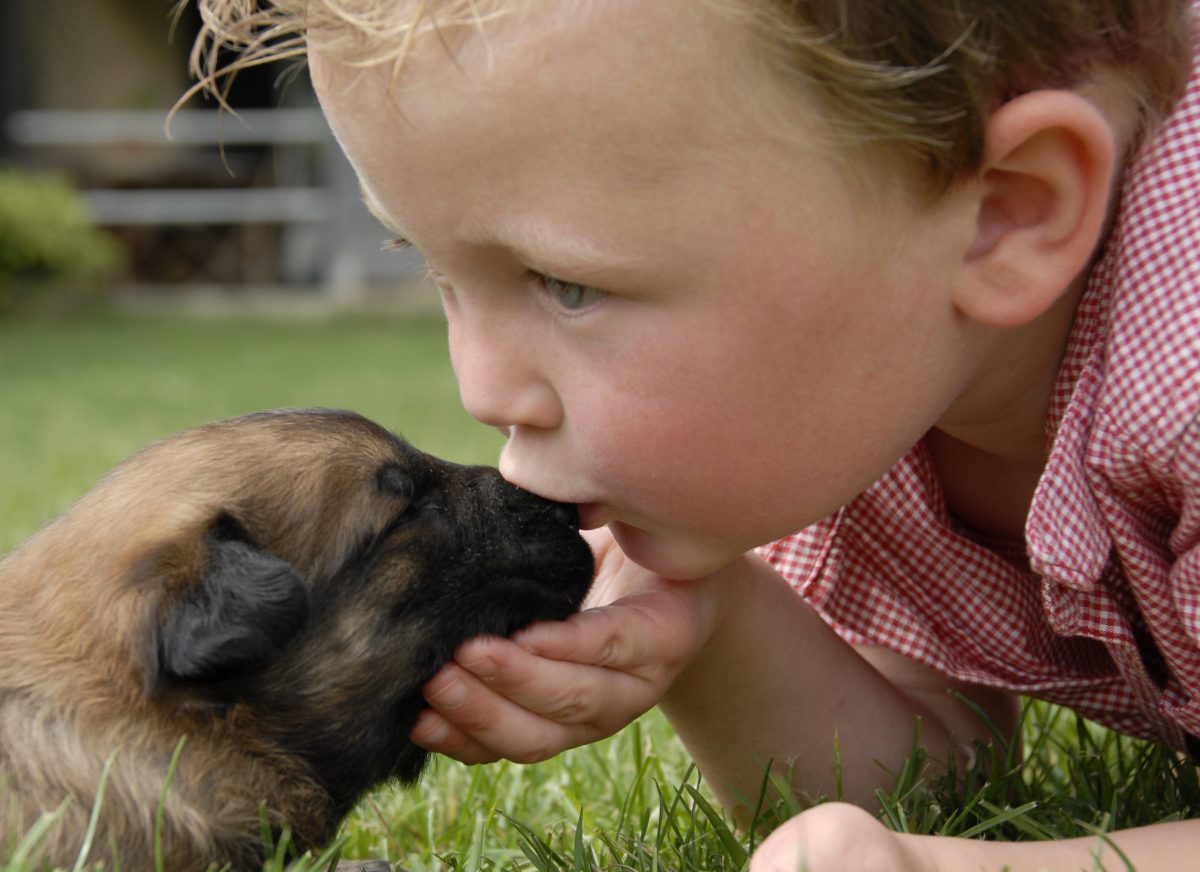 The Belgian Malinois is a top military service dog

One of the most popular breeds serving in the military and law enforcement agencies across the U.S. is the Belgian Malinois. During World War I, the military used Malinois as messengers. Today, they serve as sentries and specialized detector dogs. The military has also trained Mals to do solo skydiving jumps. The military and law enforcement both favor the breed for its intelligence, loyalty, protective instincts, and athletic abilities. A Malinois named Cairo worked with the Navy Seal team who tracked down Osama bin Laden in 2011. 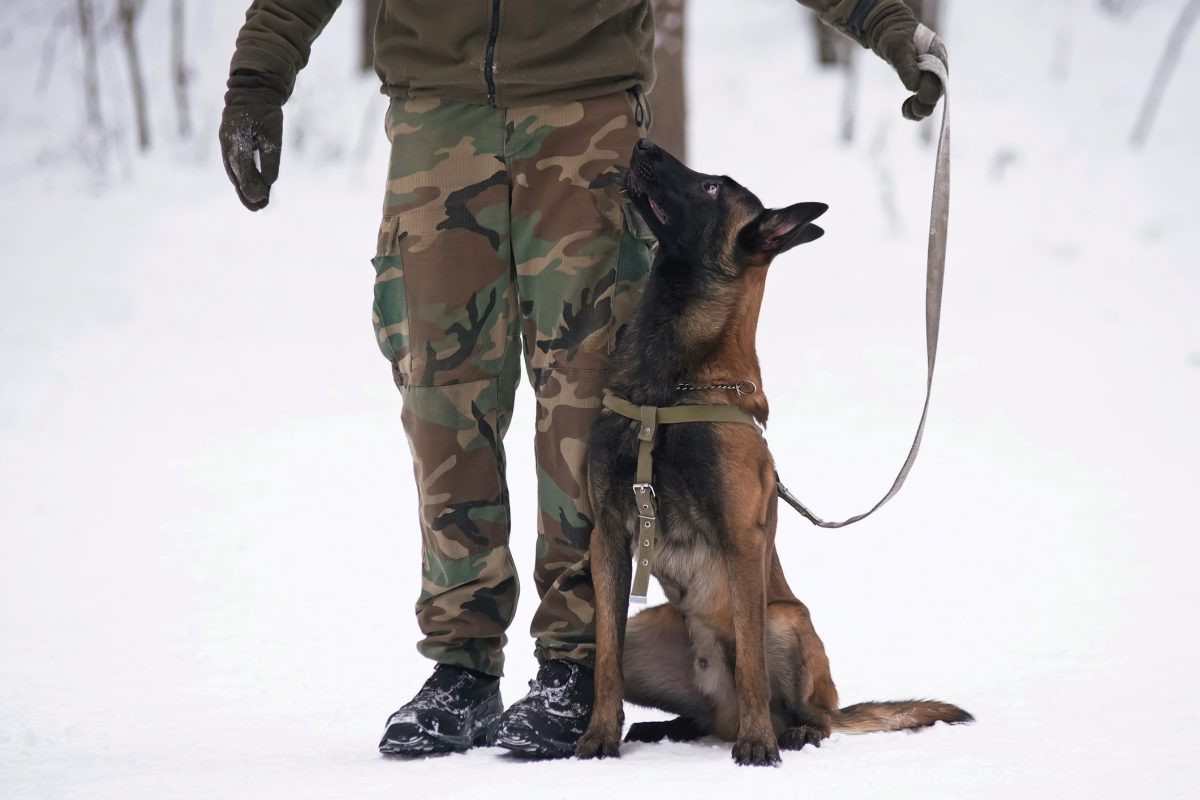 The key to training the Belgian Malinois is a patient, long-term approach with a light touch, say breed experts. These dogs are sensitive not only to their owner’s mood but also to their tone of voice. Harsh corrections are not effective and may instead bring out negative sides of the dog’s personality. Socialization is crucial from puppyhood on, with exposure to a variety of people, dogs, and social situations. This teaches the dog to evaluate individual situations and respond appropriately. 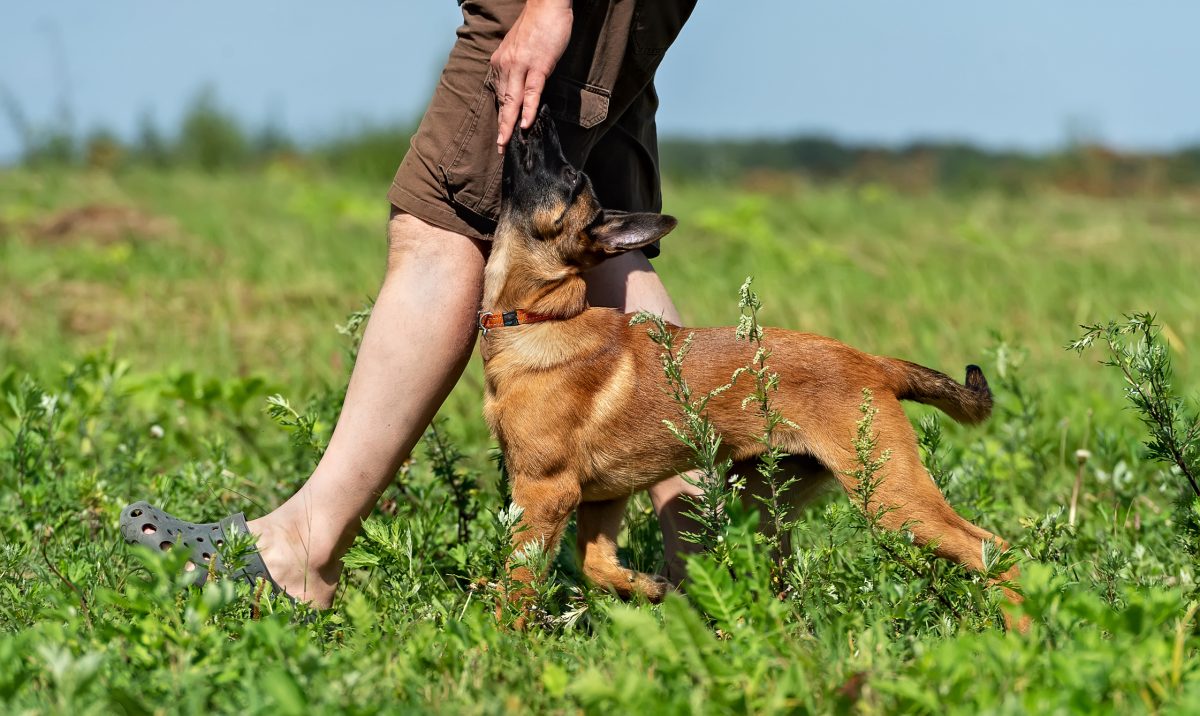 Malinois can be aggressive with other dogs

If the Malinois encounters another canine, they may show some aggression towards them unless they’ve been adequately socialized. In the home, Mals generally get along well with other pets if they’ve been raised together. A lot depends upon the personality of the Malinois and the other pets in the home. This breed has a strong instinct to care for other animals, yet they also have a high prey drive. Through patience and training, a Belgian Malinois can live peacefully with other household pets. 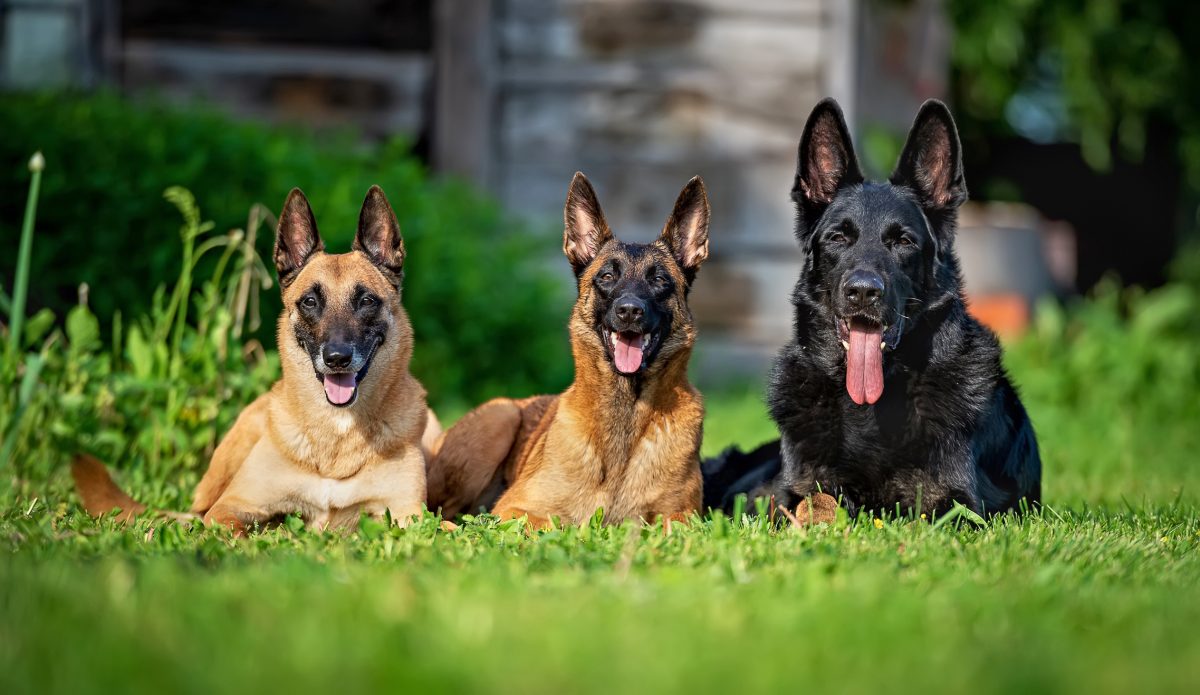