Is Popcorn Bad for Dogs?

Popcorn is one of those foods that dogs can eat, but that doesn’t necessarily mean that they should. Popcorn has several ingredients that are good for dogs but may also contain many unhealthy ingredients, especially the beloved toppings. A dog quickly snatching up some stray popcorn during movie night probably won’t cause any health problems, but eating a large amount may create some tummy troubles.

Before tossing some kernels to a begging pup, it’s a good idea to learn what is safe and isn’t safe for dogs when it comes to popcorn.

Health Benefits of Popcorn For Dogs

Popcorn contains magnesium, manganese, phosphorus, zinc, fiber, protein, and many other healthy ingredients. All of these are good for dogs as they help with digestion, boost energy levels, and support immune and thyroid systems. Popcorn doesn’t contain large doses of these supplements so they won’t help with deficiencies but aren’t harmful to a dog when ingested. 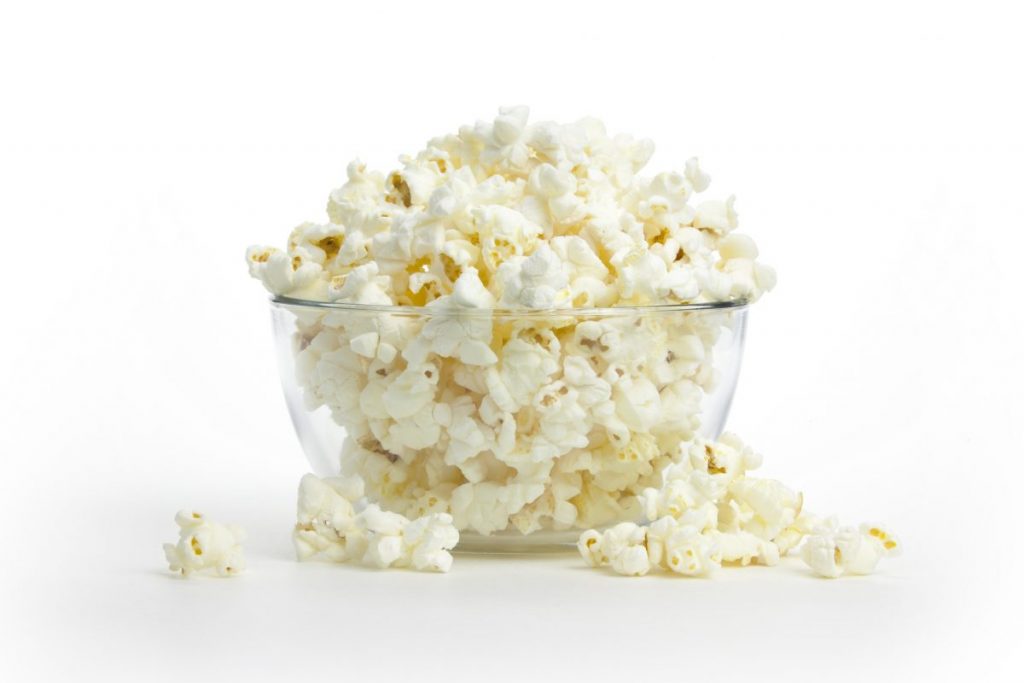 The Dangers of Popcorn Kernels For Dogs

The white fluffy balls of popped kernels are safe for dogs, but the unpopped kernels are not. The hard, tiny kernels can be stuck inside a dog’s teeth. This can lead to gum disease or tooth decay. It’s also possible for small dogs to choke on the kernels. Signs of choking in dogs include drooling, retching, and pawing at the mouth. If this happens, try to pull out the dog’s tongue and reach down the throat to reach the offending kernel. 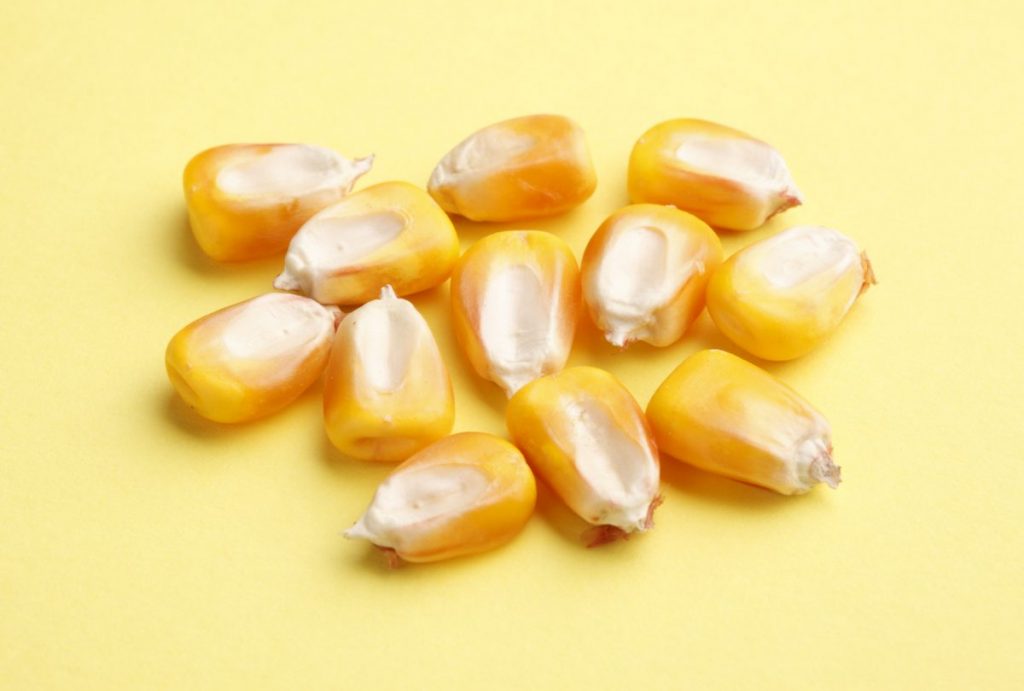 Before giving the pup any popcorn, make sure to pick through and toss out any unpopped kernels. Also make sure to throw out any almost popped kernels, because they still contain the hard bit inside. There is also hull-less popcorn versions on the market. These still contain kernels, but they are smaller and often break up into much more digestible pieces when popped. 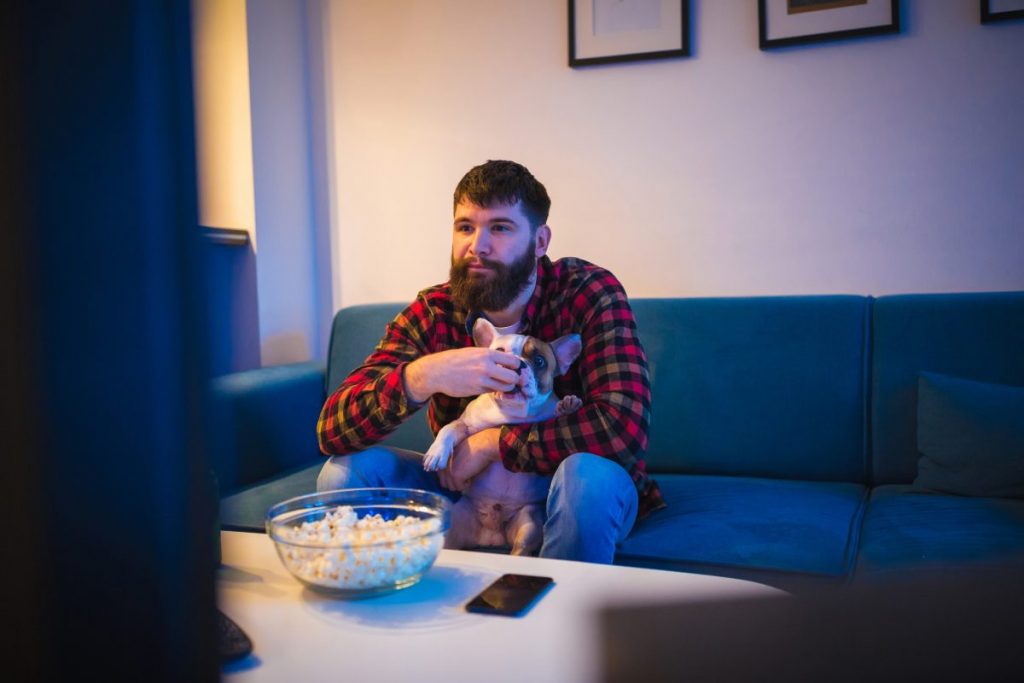 Watch Out For Corn Allergies

One common allergy in dogs is corn. Since popcorn is made from corn, this could be a problem for some dogs. Signs of a corn allergy in dogs include inflammation, swelling around the mouth, diarrhea, or gas. If this happens, treat slight swelling with antihistamines at a proper dose for dogs and provide plenty of liquids to help with diarrhea. See a vet if the dog becomes lethargic or has trouble breathing. 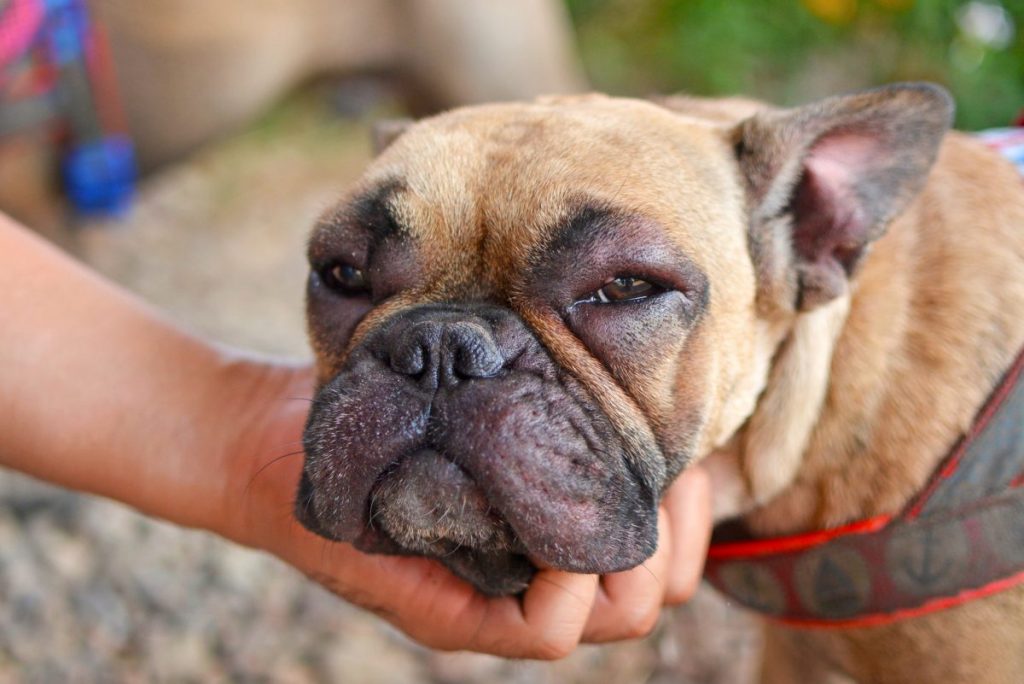 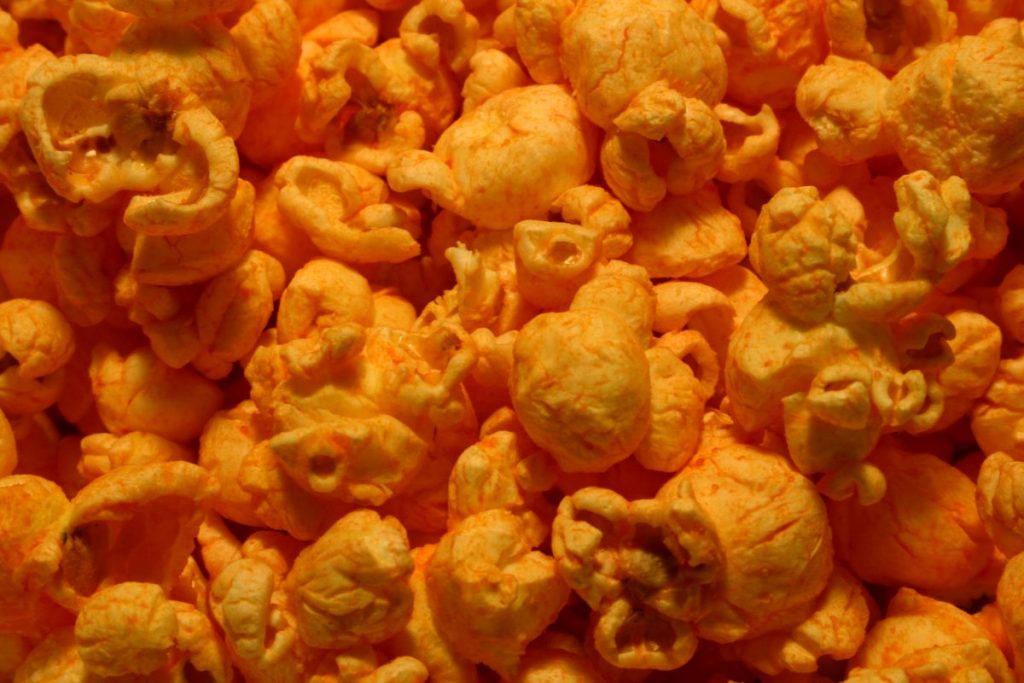 Butter is one of those popcorn ingredients that is especially bad for dogs. Since butter is a very common popcorn topping, dog owners need to be careful about how much popcorn a pup manages to snag during movie night. Butter is high in fat and can cause obesity. It’s also a dairy product which lactose intolerant dogs should never have. If a dog ingests too much butter, it can also cause pancreatitis. 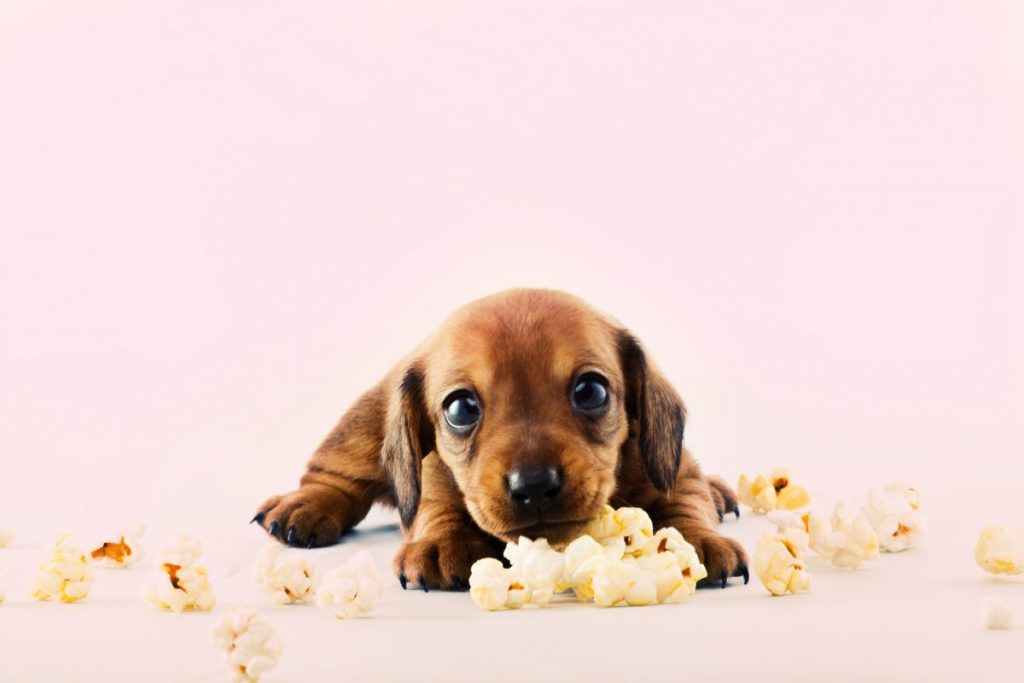 Salt is another popular topping on popcorn, and it’s another one that is bad for dogs. High levels of sodium can cause food poisoning in dogs. It can also cause dehydration, kidney damage, and high blood pressure. Since popcorn lovers and popcorn companies tend to add a lot of salt to the snack, it is best to keep large amounts away from dogs. 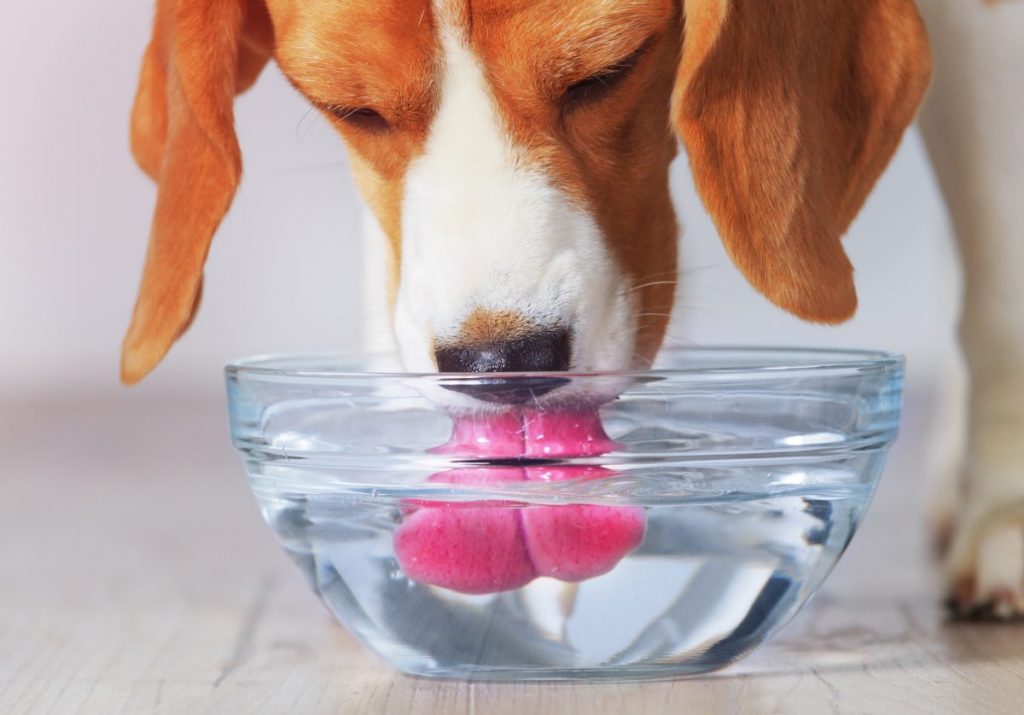 Most popcorn made by companies already have flavorings like butter, cheese, or salt and are best kept away from dogs. It’s possible and easy to give dogs popcorn as a special treat. To do this, use only plain air-popped popcorn. Make the popcorn in an air-popper, over the stove in a pot with a small amount of olive oil, or using a paper bag in the microwave. Pick out any kernels before serving to the dog. 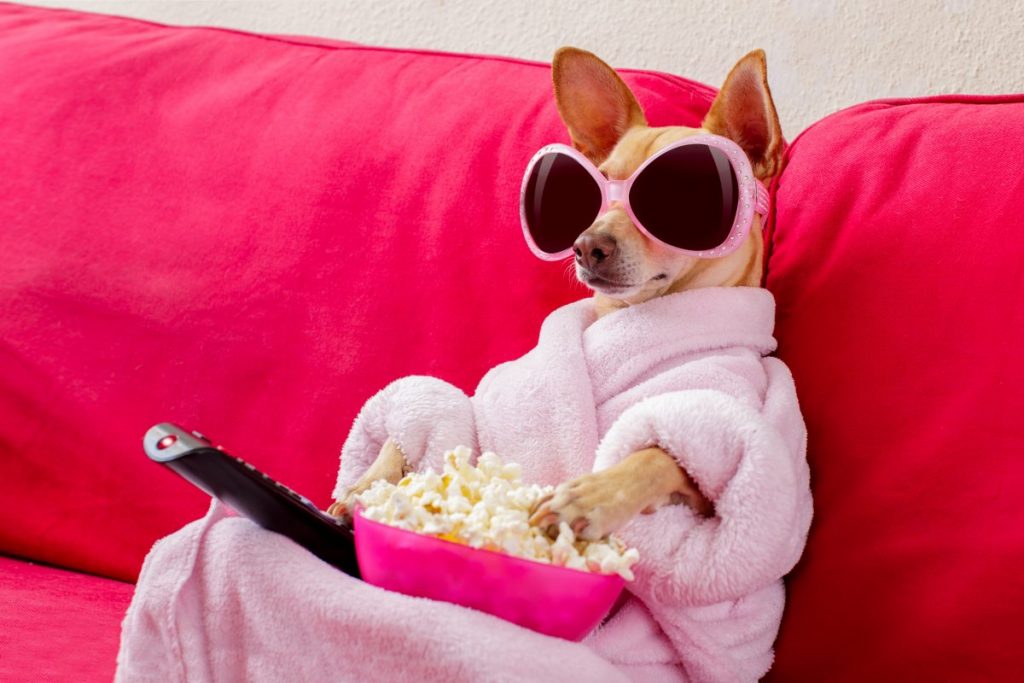 Plain popcorn probably won’t taste that great to a dog, just as many humans love the toppings the most. Safely flavor up the popcorn treat with dog safe ingredients. Coat the air-popped snack with reduced-fat cheese, bacon bits, or peanut butter without xylitol as the sugar substitute is toxic to dogs. 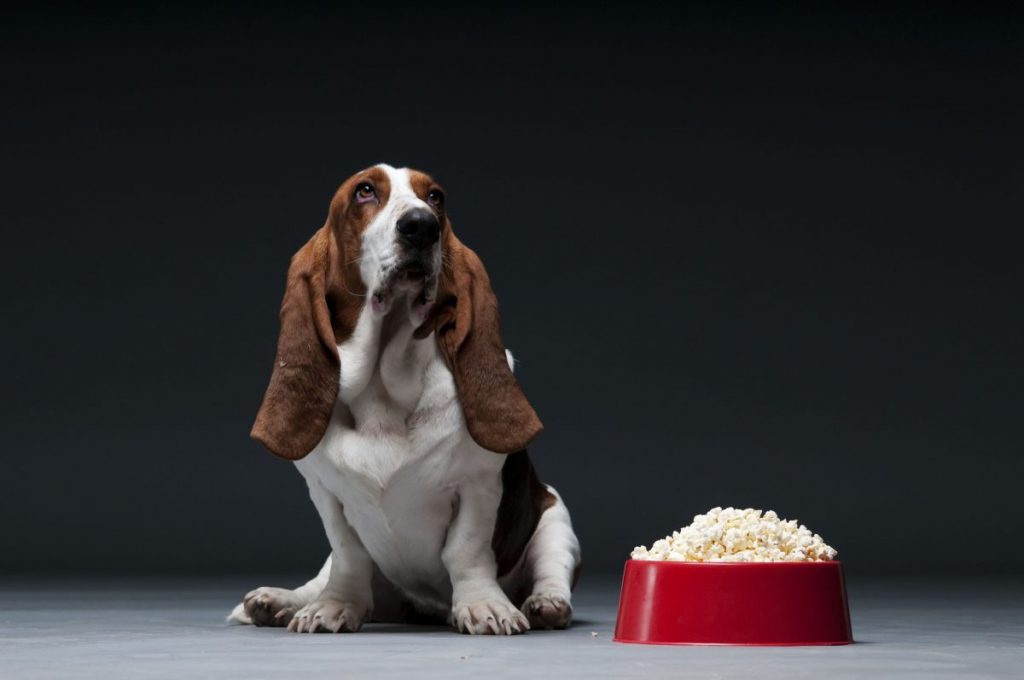 What To Do If Your Dog Accidentally Eats Popcorn

A few kernels dropped on the floor of salty, buttery, cheesy popcorn has little chance of harming a dog. If worried, though, keep an eye on choking first and foremost. After that, watch out for allergic reactions, including diarrhea and treat accordingly. See a vet if the dog doesn’t get better. The most harm from popcorn comes from too much of the bad toppings over time. This is easily avoided by keeping popcorn consumption to a minimum and not using unhealthy toppings. 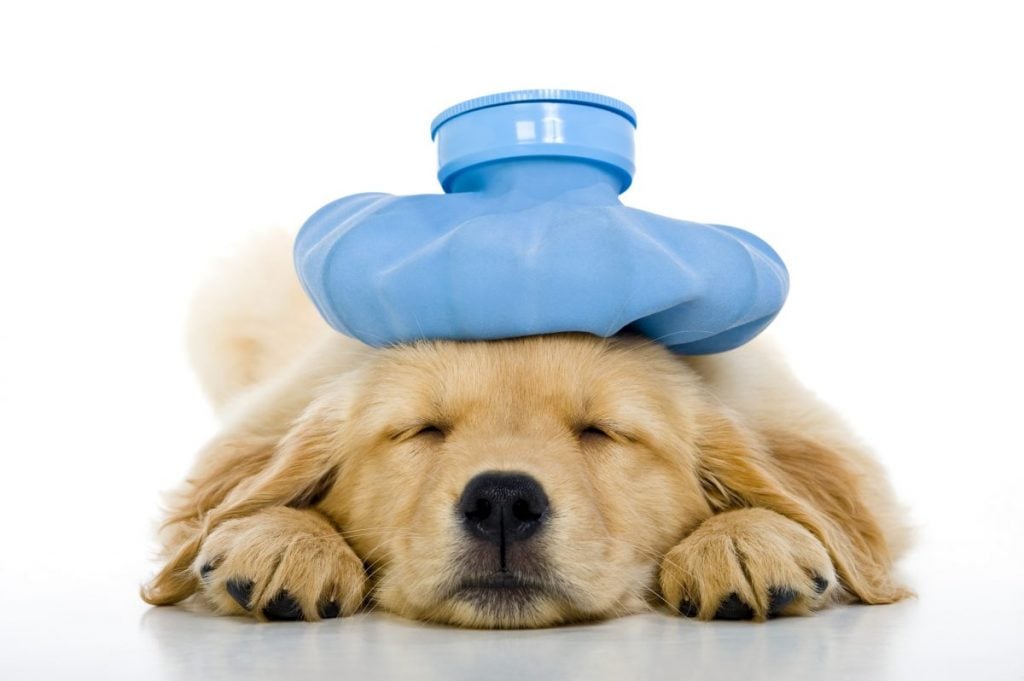