In most cases, caring for male dogs and female dogs isn't very different. However, female dogs have one biological function that sets them apart. Adult female dogs typically go through regular heat cycles. During this time, they may be a little uncomfortable and messy and need some special attention. If your dog is in heat, you may need help figuring out all of the details, from how long a dog's heat lasts to whether your dog needs special care while in heat.

What Is a Dog's Heat?

A dog's heat is more appropriately called an estrous cycle in scientific terms. While it is sometimes compared to a human woman's menstruation, or period, it's really almost the opposite. Dogs are only fertile when they're in heat, while humans are generally not fertile while menstruating.

Dogs are not necessarily fertile during their entire heat, however. Most begin showing symptoms before they are actually ovulating. The period during which they are fertile is called estrus, and it usually occurs about a week after the first signs of heat appear. However, this can vary from dog to dog. 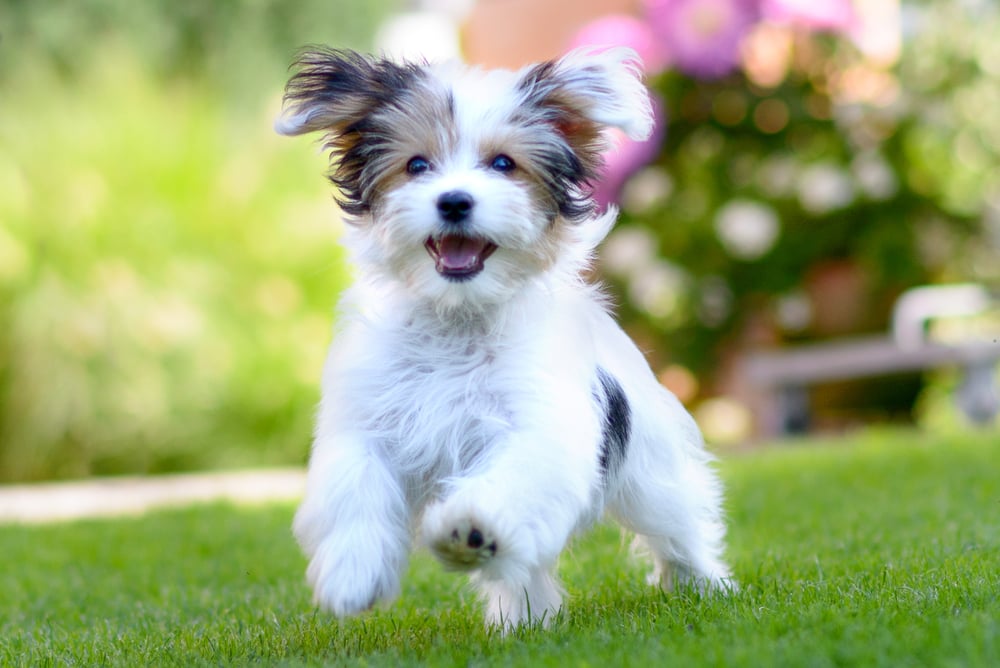 When Do Dogs Get Their First Heat?

The age at which a dog first goes into heat varies depending on both the individual and the breed. Smaller breeds tend to go into heat earlier, with some having their first heat as early as four months old. Giant breed dogs, such as Great Danes, may not have their first heat until they are 18 months or two years old. However, most dogs get their first heat at about a year old, give or take a few months. 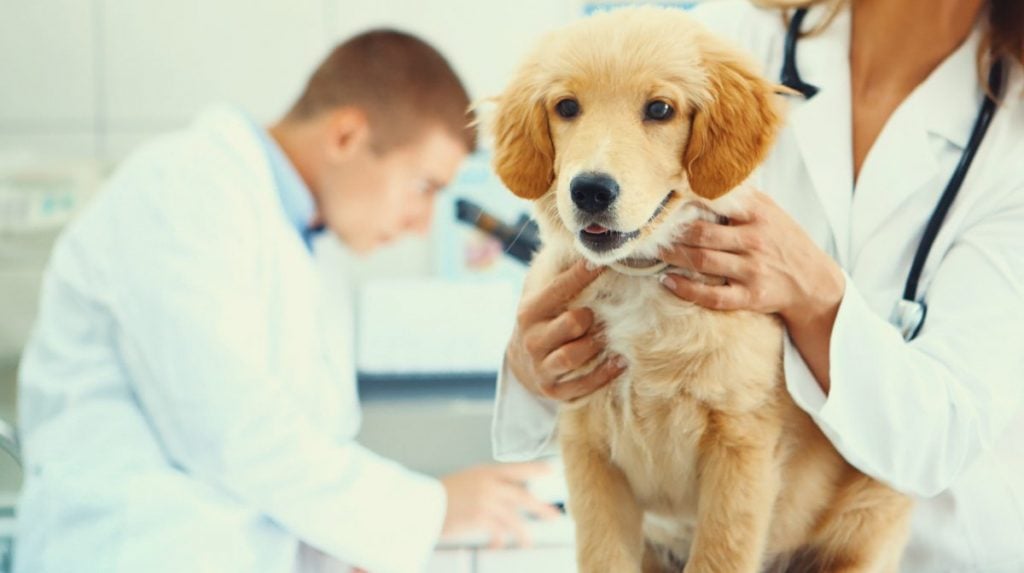 Most dogs go into heat about twice a year or every six months. However, this can also vary. Young dogs tend to have irregular heat cycles for the first year or two, and some dogs never grow out of that. Giant breed dogs also tend to have less frequent heats and may go a year or 18 months between heats. An irregular heat cycle is not necessarily a sign of problems and is generally not dangerous for the dog. 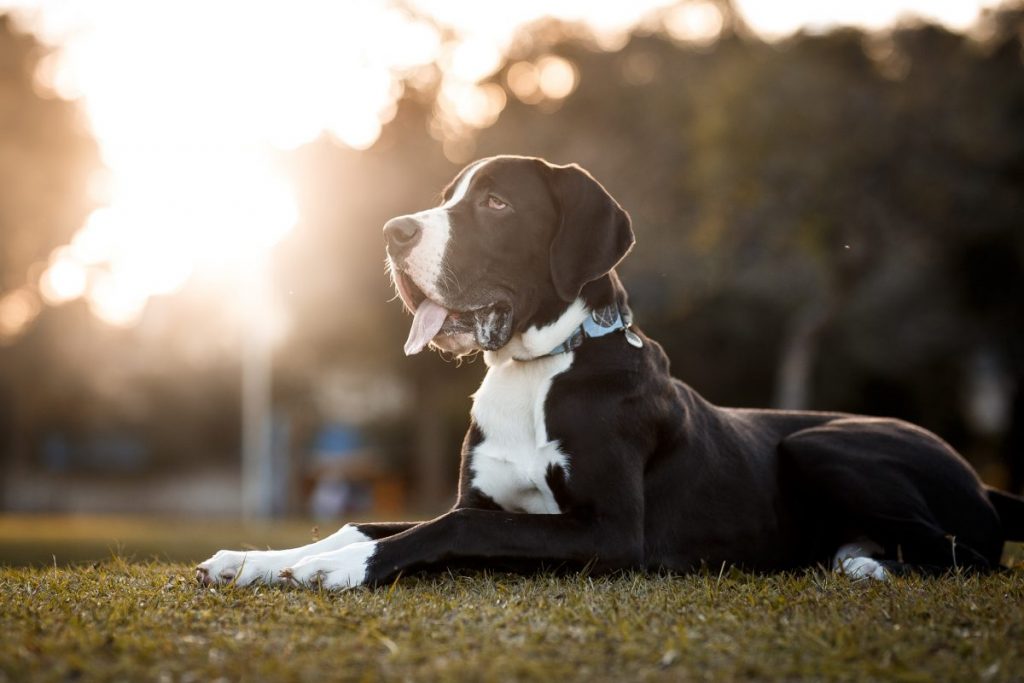 The first sign that a dog is going into heat is swelling and sometimes discoloration of the vulva or external genitalia. However, this is not always obvious without close inspection. Your dog also may begin licking her rear end more frequently. She may also show more interest in male dogs.

Most owners first notice that their dogs are in heat when they notice a discharge from the vagina. At first, this may appear bloody and thick. As the heat cycle progresses and the dog becomes more fertile, it usually becomes thinner and more yellowish. 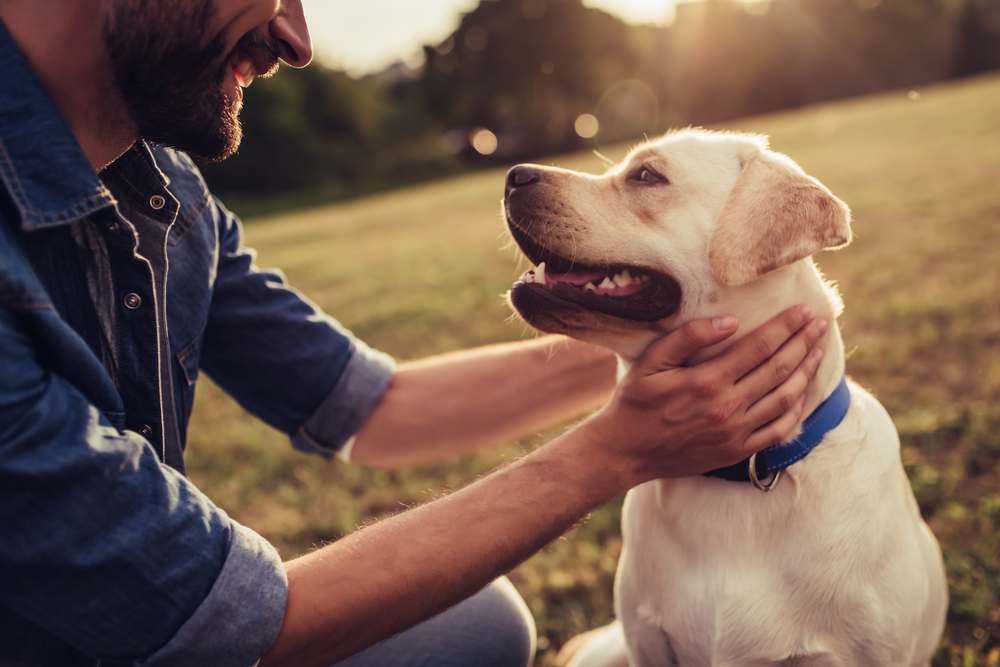 What Care Does a Dog Need?

Most dogs do not need significant special care when in heat. Since some dogs can have a lot of vaginal discharge, you may want to consider using a diaper to catch it when your dog is indoors.

The primary concern is preventing pregnancy. You should always supervise your dog when outdoors, as dogs can mate through many types of fences. Dogs in heat may also be more likely to try to escape, and male dogs may be motivated to break into your yard. If you have intact male dogs in your home, you should keep them completely separated from your female dog during her heat. 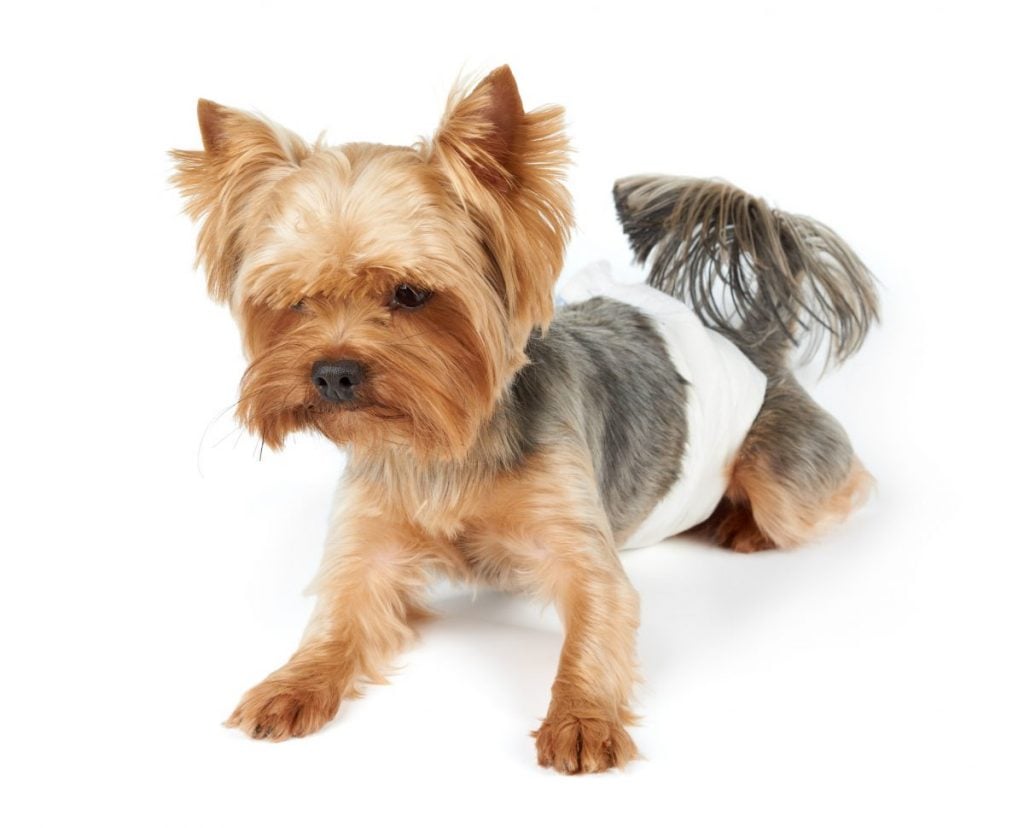 How Long Does the Cycle Last?

The average length of a dog's heat is about two to three weeks, though some dogs may only show signs for a week or so. During an average two to three week cycle, the dog is typically only fertile for one to two weeks.

If your dog appears to be in heat for longer than four weeks, consult your veterinarian. 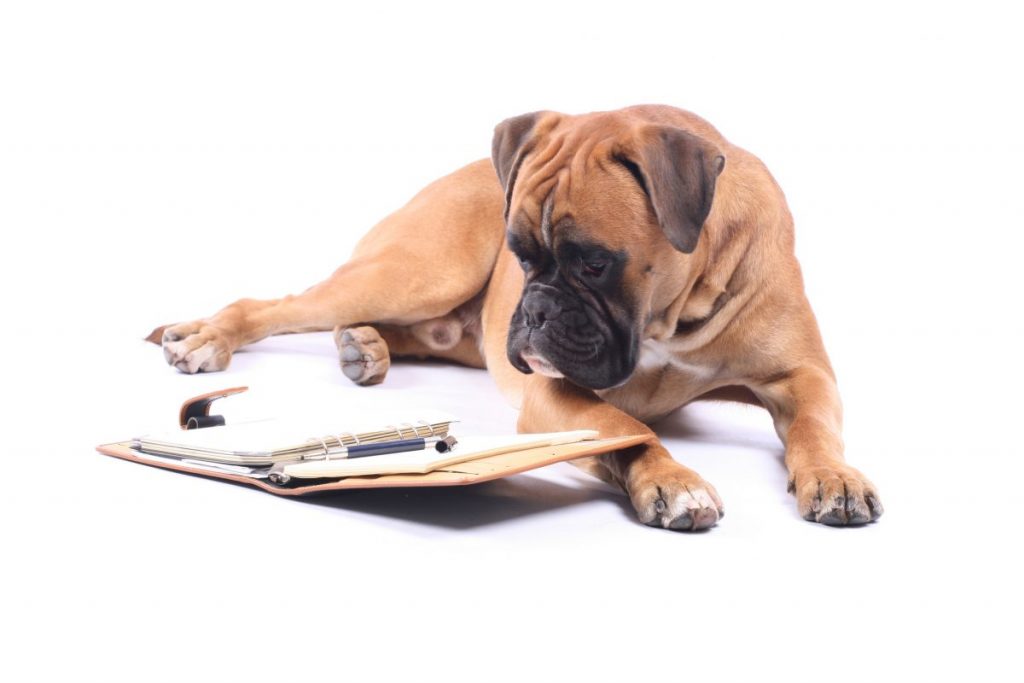 What are the Risks?

In general, the main risk of a dog going into heat is an accidental pregnancy. The heat cycle itself does not usually cause any problems. However, it may come with some lifetime risks. Intact female dogs have a higher risk of certain cancers, such as mammary cancer than spayed females. They can also get pyometra, an infection of the uterus. This can require emergency surgery, and it can be fatal if left untreated. 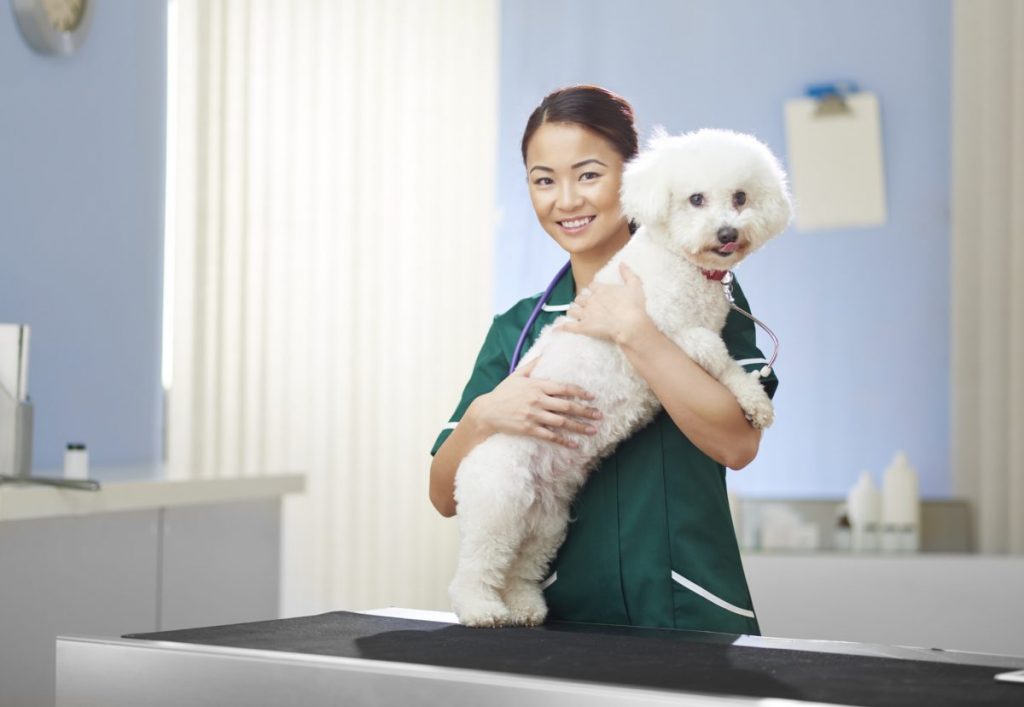 Is My Dog Ready To Have Puppies

While a dog can technically get pregnant during every heat cycle, it may not be good for her to do so. Most dogs get their first heats before they are physically mature, so veterinarians generally recommend not breeding a dog until at least her third or fourth heat cycle. Early pregnancy can affect the mother's growth and makes the risk of complications during birth much higher than normal.

Fully mature dogs generally should not be bred during every heat cycle. Pregnancy and nursing cause a lot of stress on the body, so they need time to recover. Most breeders and veterinarians suggest only breeding a dog every other year at most. 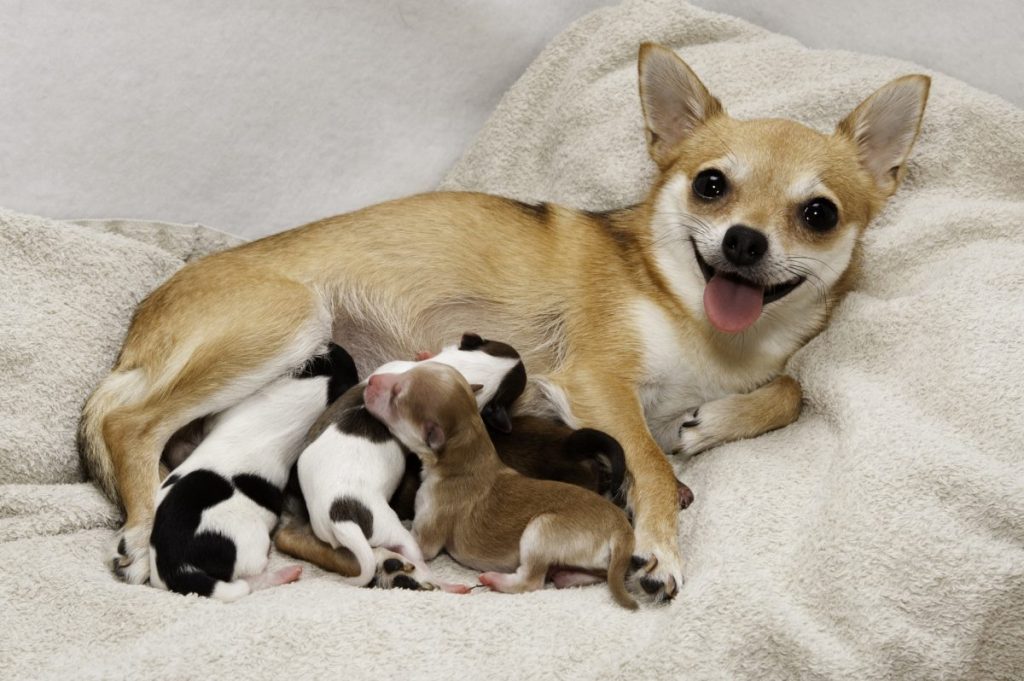 Can You Prevent It?

The only way to reliably prevent a dog from going into heat is to spay her, which removes her ovaries and uterus. While this surgery does come with some potential risks, it also prevents your dog from ever going into heat and removes the possibility of accidental pregnancies.

If you just need to delay one heat for medical reasons, there are a few medications that may help. However, these do come with side effects and will only temporarily delay the heat, not prevent it entirely. They are only available by prescription. 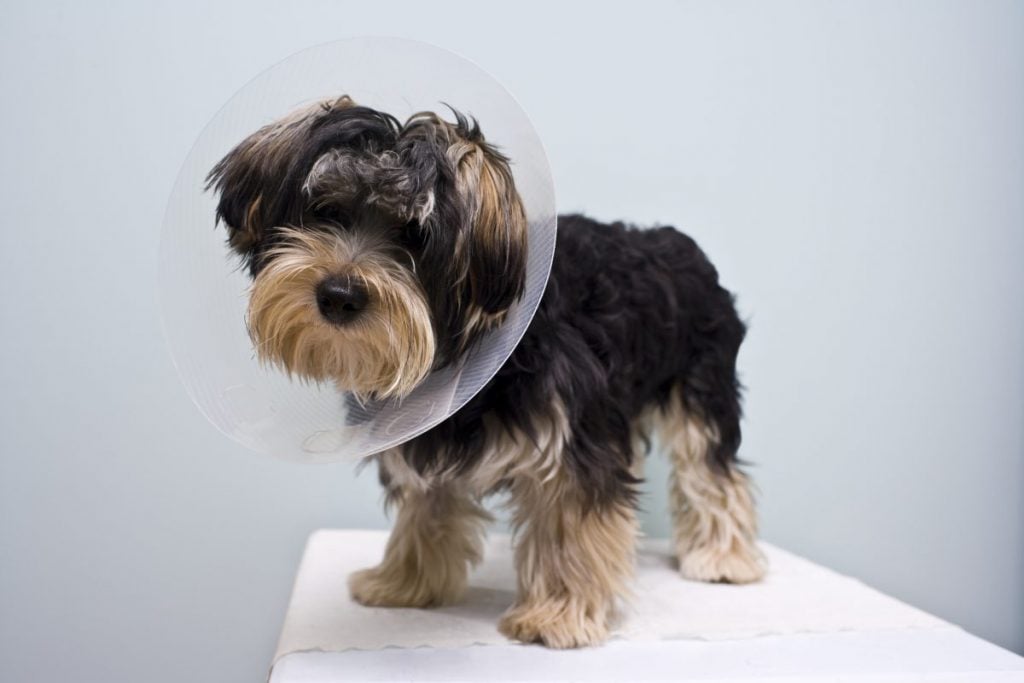 Should You Spay Your Dog?

Many experts recommend that every owner spays their dog unless they plan to breed her or show her. Spaying eliminates the possibility of unwanted litters, and it reduces or eliminates the risk of certain common cancers, such as mammary and uterine cancer.

Many owners spay their dogs before the first heat, but there is some research showing that it may be a good idea to let your dog experience a heat or two before spaying her. This allows her to fully develop and may reduce the risk of arthritis, joint dysplasia, and other structural issues. Consult your veterinarian to determine the best choice for your dog. 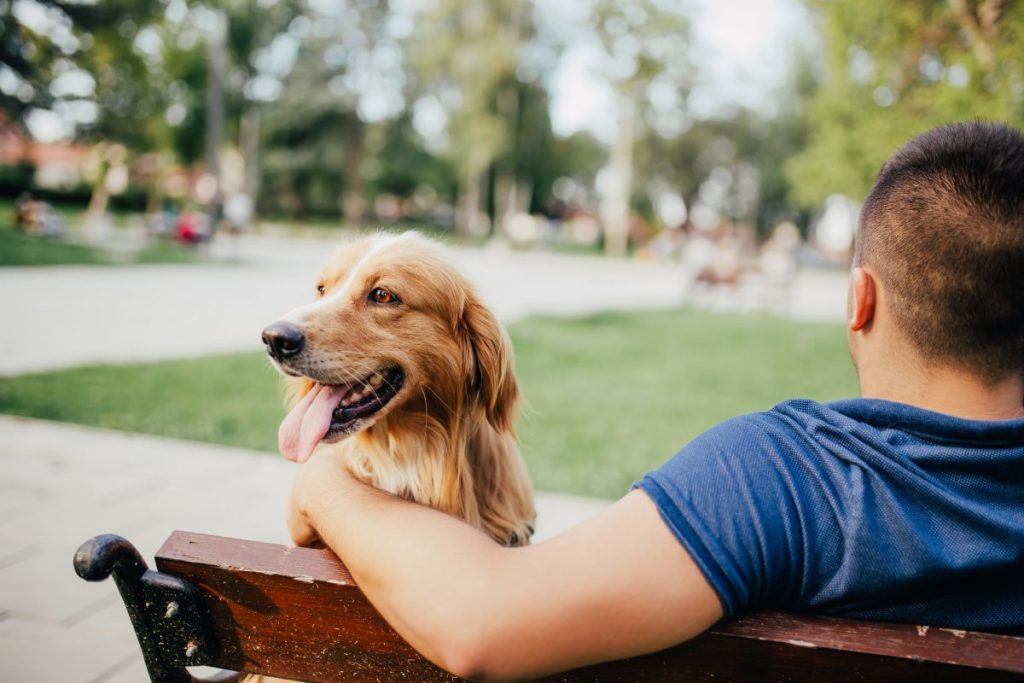