How Does a Pet's Health Mimic its Owner's Health?

Pets and their owners share a lot of things, including love, devotion, and companionship. They also share things that can directly affect their health, including environment, habits, and even some illnesses. Pet's health can mimic their owners because they're exposed to a lot of the same things and might even have the same habits. There are also some infections that can be passed directly between pets and their humans, causing the same symptoms and requiring the same treatment.

Pets and their owners share the same living space. Not only do they sit on the same couch and sleep in the same bed, but they also breathe the same air, exposing them to the same triggers and causes of illness. Pesticides, air pollutants, household chemicals, and cigarette smoke affect both pets and their owners. Consequently, they can share certain health issues like asthma and cancer. 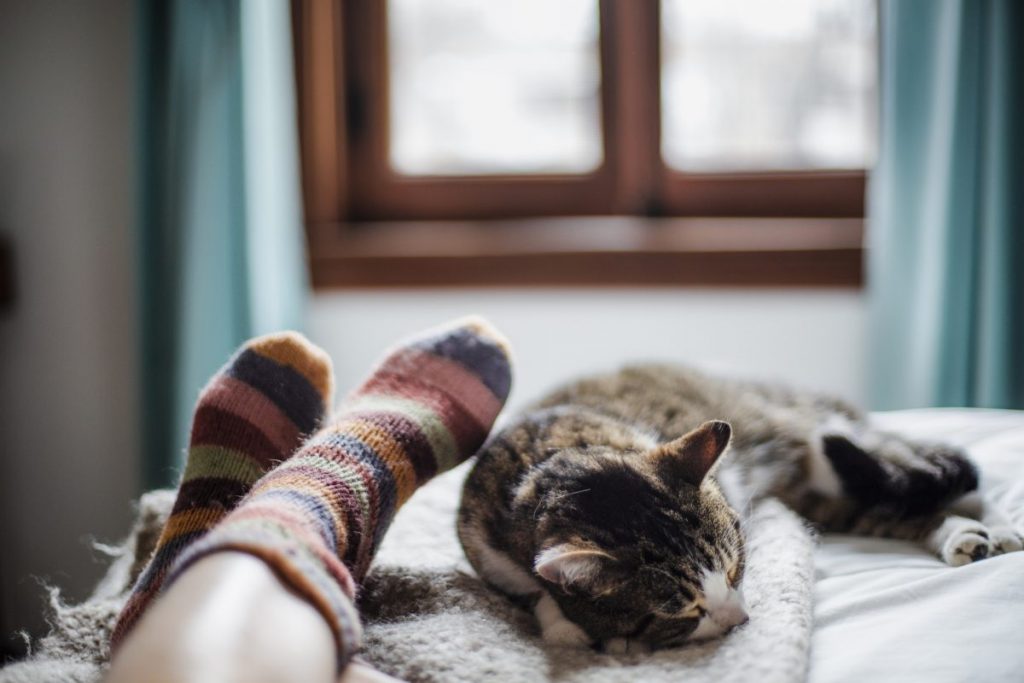 Pets and their owners often have a lot of the same habits that directly affect their health. A lot of owners share their exercise routine and food with their pets. Active people walk their dogs more than those pet owners with a sedentary lifestyle. Pets, particularly dogs, tend to indulge in table scraps which can be loaded with fat and calories. Because of these shared habits, dogs and cats can suffer from obesity, heart disease, and diabetes, just like their humans. 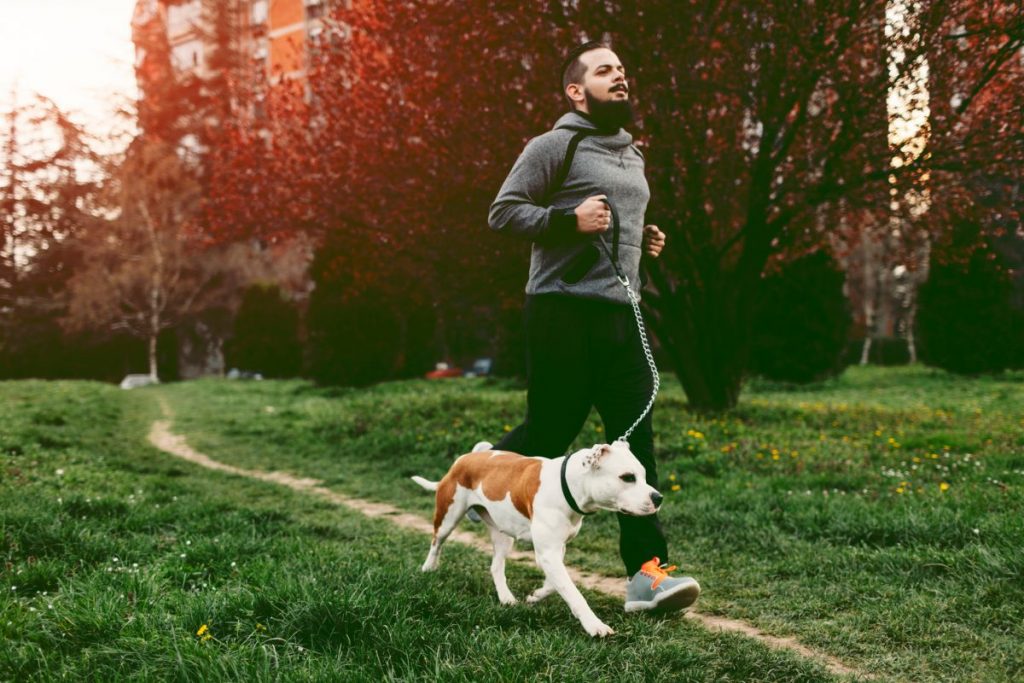 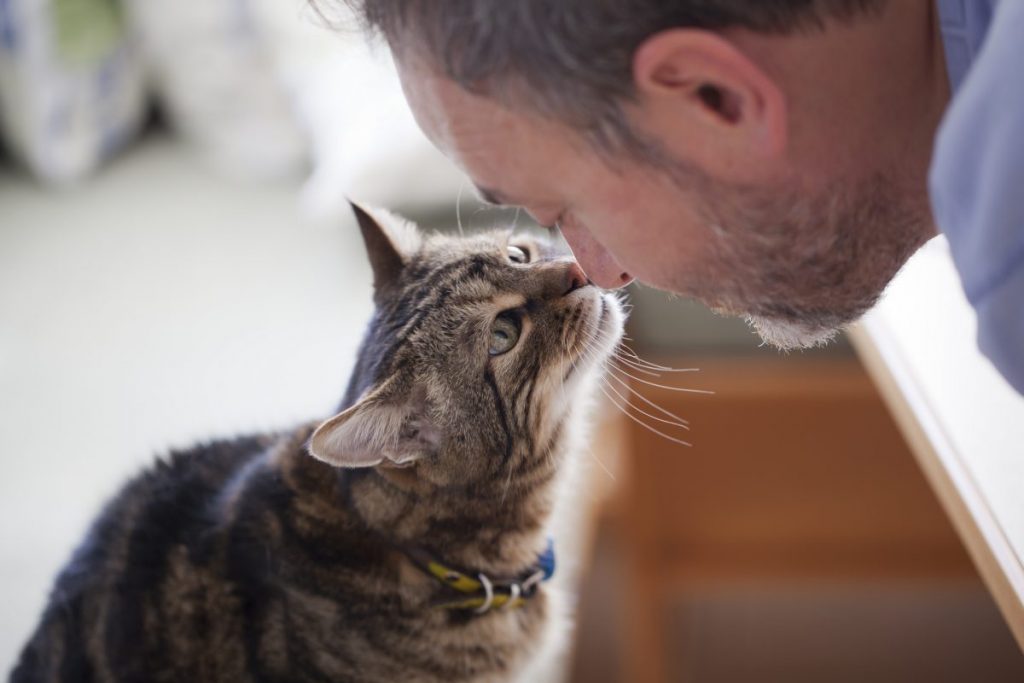 Ringworm is one of the most common conditions passed between humans and animals. Owners can pass it to their dogs or cats and vice versa. Ringworm is caused by a fungus and got its name from the round, itchy rash that appears as the primary symptom. In dogs and cats, this presents as round patches of hair loss that can itch. Ringworm can be spread from direct contact as well as contaminated objects, which is easy to do in a shared living space. Ringworm is treatable with anti-fungal medication. Pet owners with active ringworm should keep the rash covered when in contact with their pets. 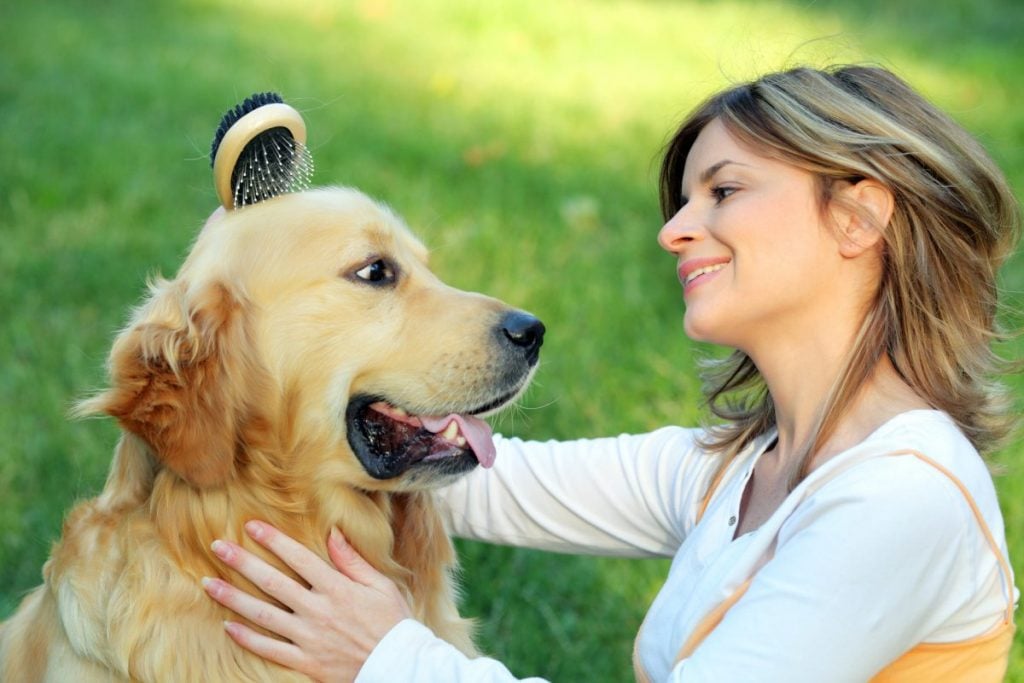 Most people get salmonella from food poisoning, but it can also be transmitted from contact with an infected animal. Infected humans can, in turn, pass it on to their other pets. Animals that are likely to spread salmonella are turtles, frogs, iguanas, and snakes. If someone has any of these animals as pets, it's possible that they can get infected themselves and pass it to their dog or cat. Symptoms are the same for humans, dogs, and cats: nausea, vomiting, cramps, fever, and diarrhea. Good hand hygiene is the easiest way to prevent this kind of infection. 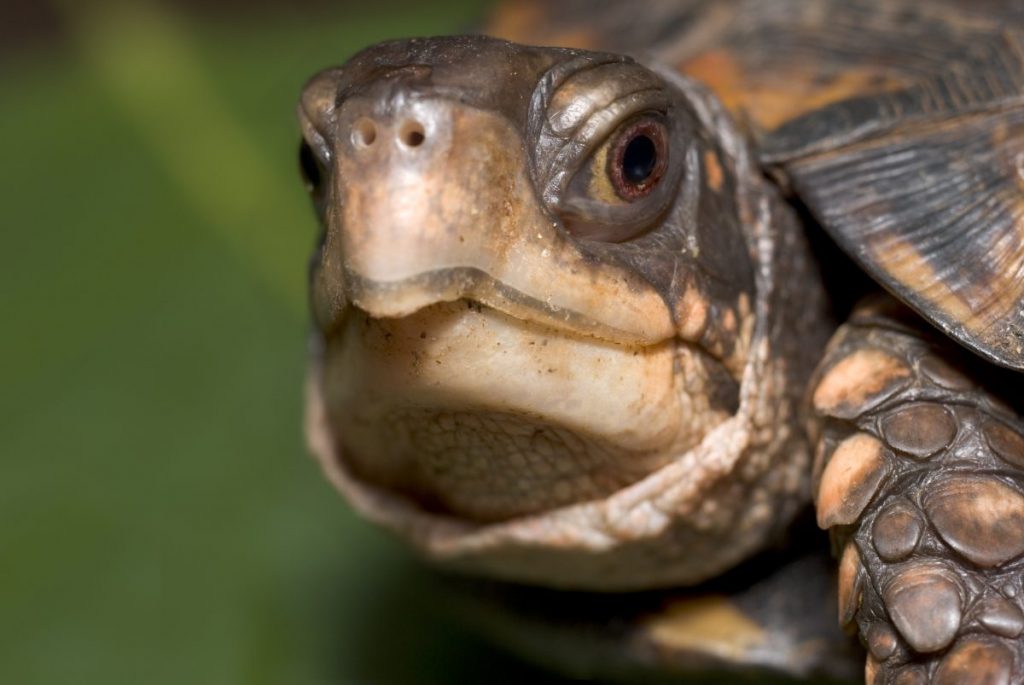 Mumps is highly contagious between people. The virus causes lethargy, pain, and fever followed by swelling of the salivary glands near the cheeks. Most cases can be prevented with vaccines, but outbreaks are still possible. Mumps usually runs its course in a week or two, but long term complications can include inflammation of the brain, testes, or ovaries as well as hearing loss. Though rare, mumps can infect dogs who are exposed to the disease. The symptoms are similar: fever, lack of appetite, and swelling of the glands. In dogs, swelling appears below the ears. Again, the risk is low, but it's best to keep dogs away from anyone infected with the virus. 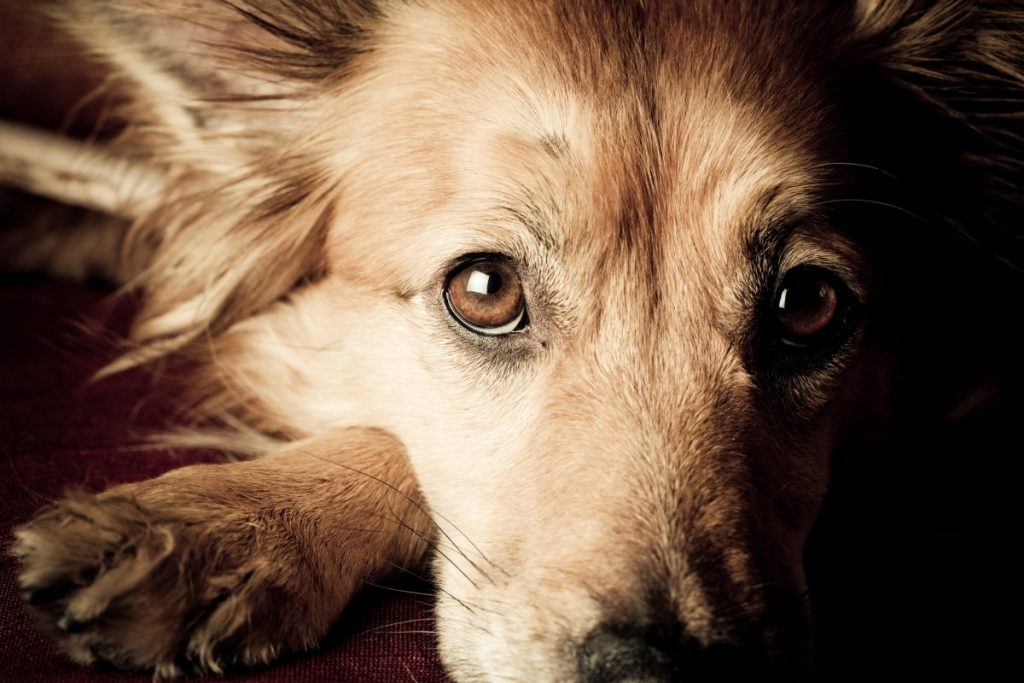 Giardia is a common waterborne infection caused by protozoa that appear in cats, dogs, and some exotic animals. It's spread through water contaminated with feces. Transmission can be from human to animal or animal to human. That said, animal to animal is the most common way giardia is spread, particularly in pet stores or puppy mills where a lot of animals are kept in close corners in unsanitary conditions. It can be passed through any kind of water, including pools, lakes, and streams. 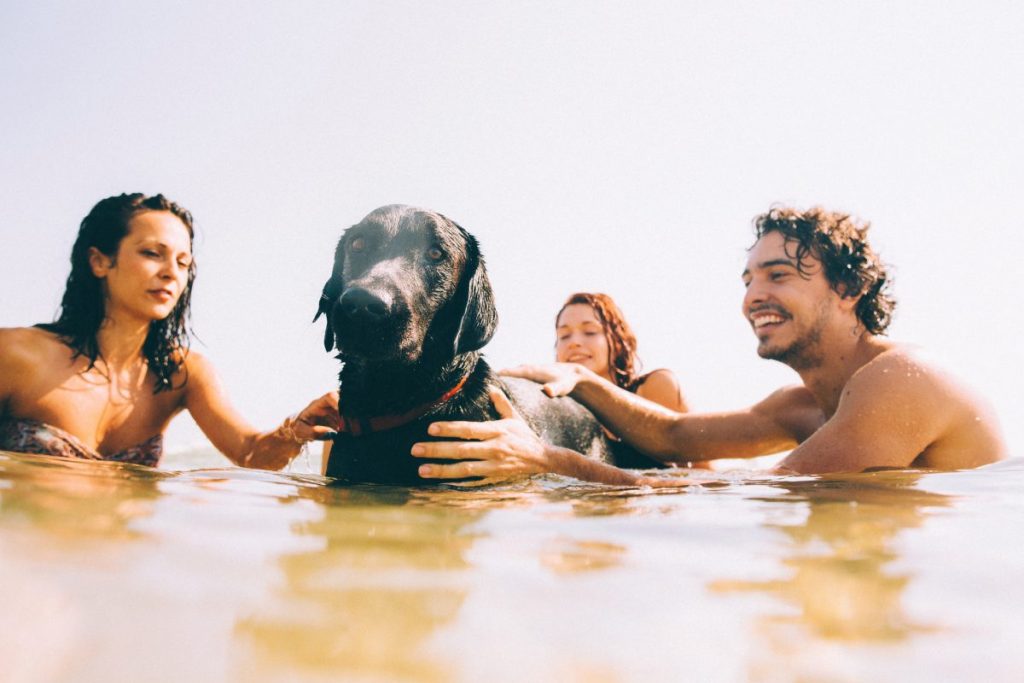 It was believed for a long time that the flu couldn't be passed between species, but the H1N1 flu virus is known to infect humans as well as cats, dogs, and even ferrets. Signs of infection are the same for humans and animals: respiratory distress, fever, and loss of appetite. Pet owners coping with flu should stay away from their pets until symptoms have passed. 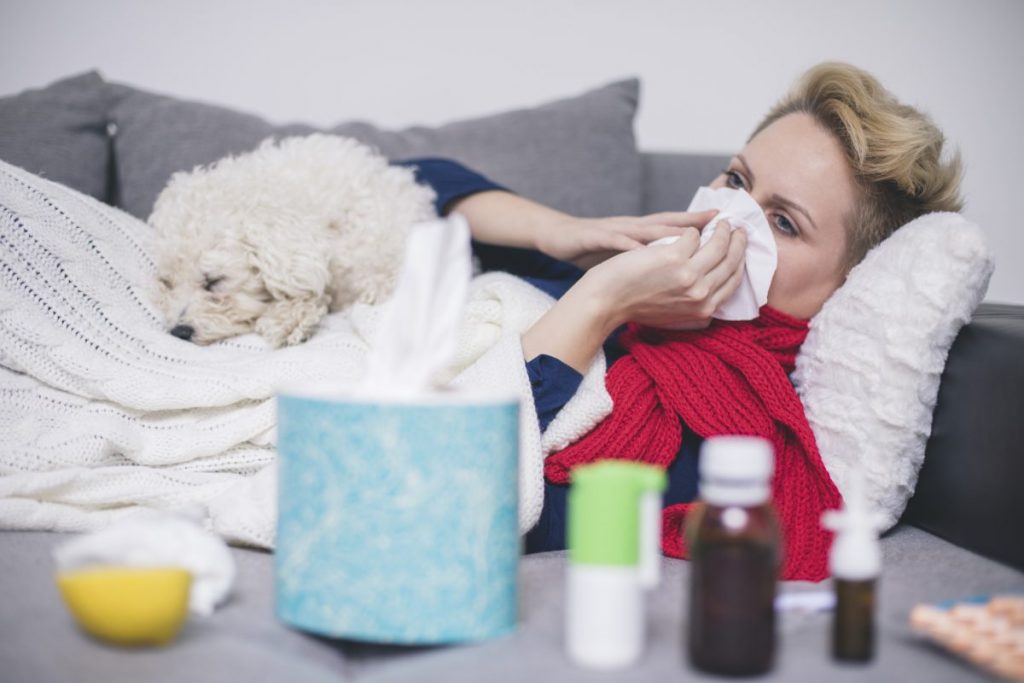 MRSA, or methicillin-resistant Staphylococcus aureus, is a bacteria that typically causes skin infections but can also cause pneumonia and sepsis. It's resistant to most antibiotics. MRSA can be carried by humans and dogs and passed in both directions. Although healthcare workers are commonly exposed to MRSA in a hospital setting, it is unlikely that they could spread the bacteria to their pets unless they were coping with an active infection themselves. 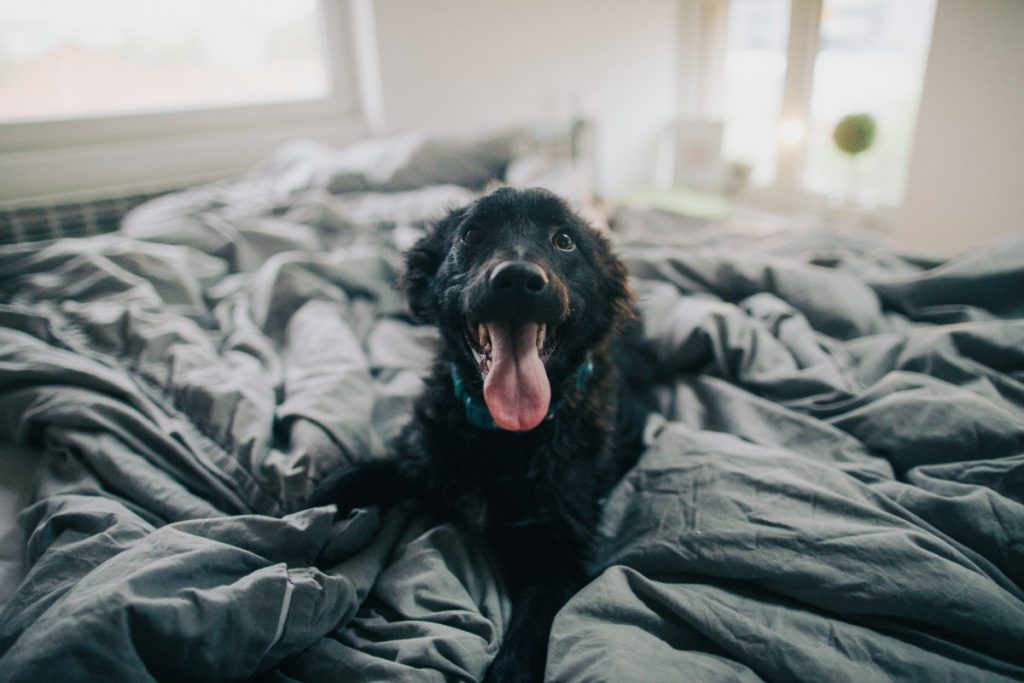 Lyme disease cannot be transmitted from pet to human or human to pet. It's spread through tick bites and can be quite serious, particularly in dogs. People may initially see a ring-shaped rash and experience fever, lethargy, and swollen lymph nodes as well as more serious complications. In dogs, it can cause swollen lymph nodes, kidney issues, and inflammation of the joints that can cause long term problems. Dogs owners who regularly take their pets out for walks in the woods or on trails should be cautious about ticks and check both themselves and their pets for bites. 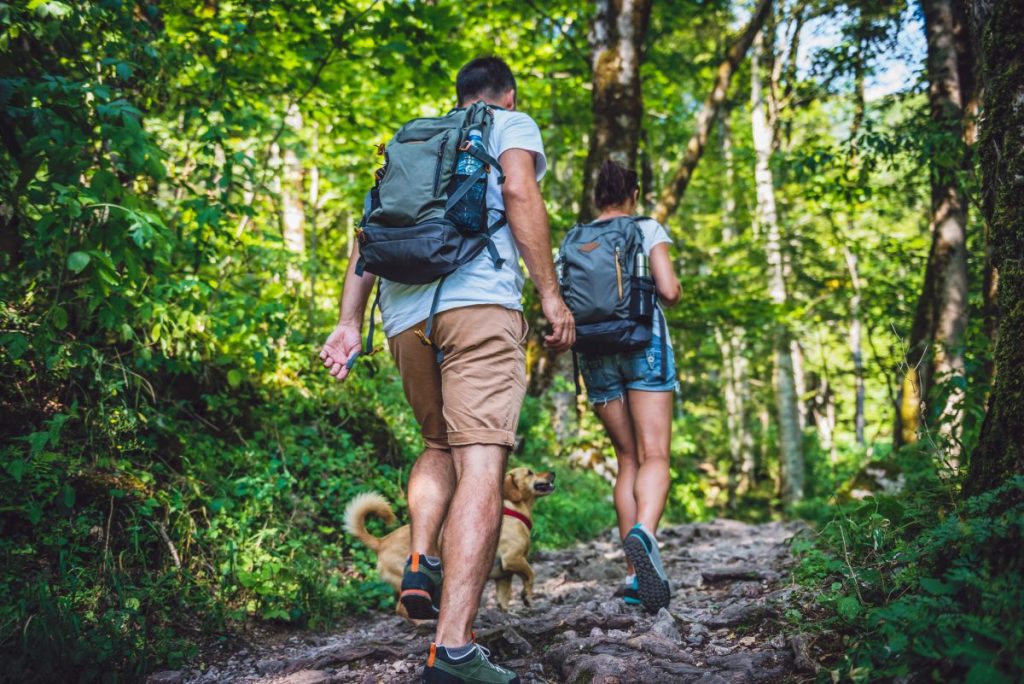