How Are Bee Stings Treated in Dogs?

Dogs are naturally curious animals and love to chase bees and other flying insects around, unaware that they could be stung. In warmer weather, dogs and their owners tend to spend more time outdoors. The number of insects that bite or sting also increases, making the chance of dogs getting stung by a bee much higher.

Most bee stings will cause nothing more serious than pain and irritation for the dog. However, there are some situations where bee stings could be more dangerous.

Unless the sting was witnessed, it's not always clear whether a dog has been stung by a bee or wasp. It's often possible to tell be checking to see if the stinger is still present.

Bees have barbs on the end of their stings which are designed to remain lodged in the skin. The stinger is left behind, which kills the bee when it pulls away. Wasps don't leave their stinger behind. This means that a dog could be stung several times by the same wasp. 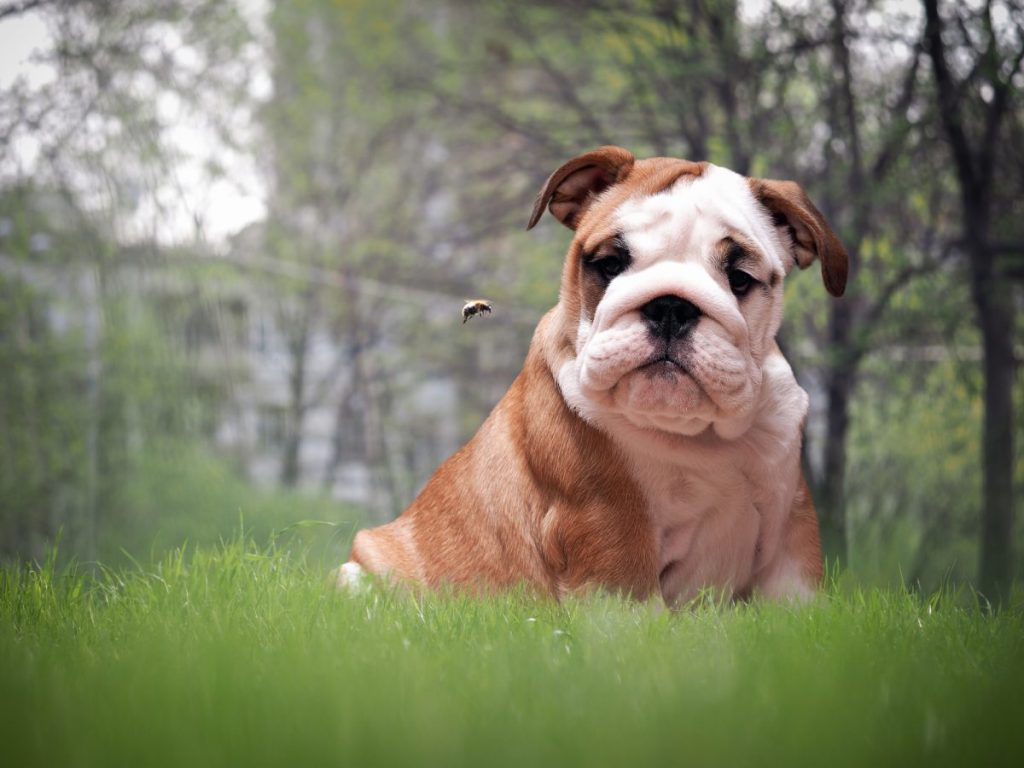 Dogs that have been stung by bees will usually whine in pain. If they have been stung on the paw, they may hold it up or chew at the sting site. Bee stings can also cause itchy hives.

If the sting was to their face, the dog may drool uncontrollably or paw at the painful area. There may be visible swelling. 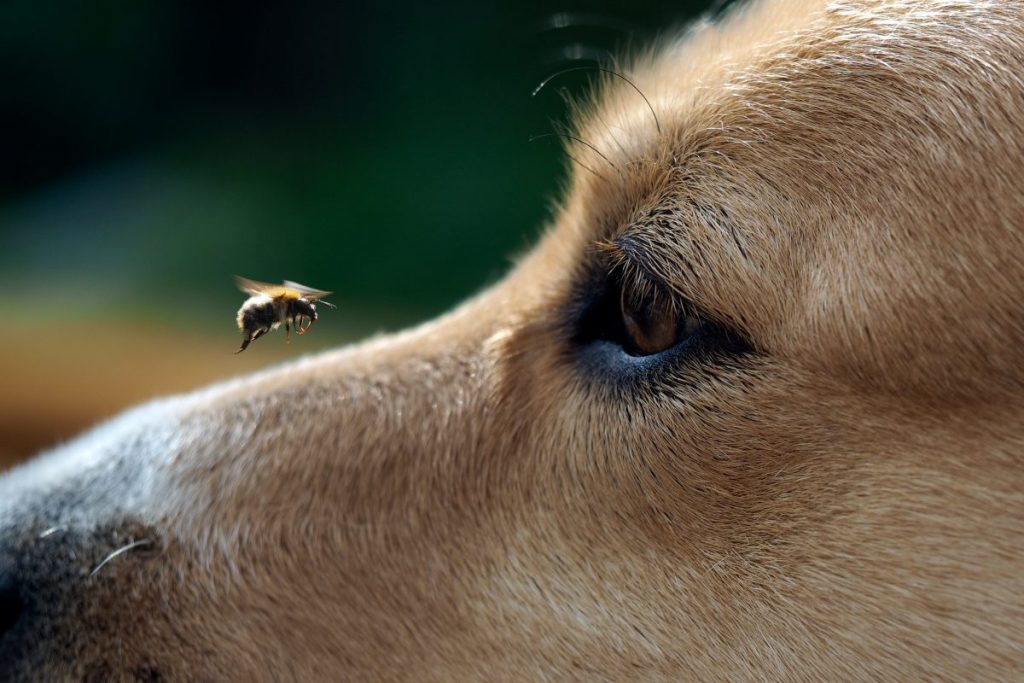 Dogs can have a serious reaction if they are allergic to the poison contained in the bee sting or if they were stung by multiple bees.

Signs of a severe reaction to bee stings include problems with breathing, a swollen mouth or throat, and collapse. If the dog is showing any of these symptoms, they should see a vet as soon as possible. 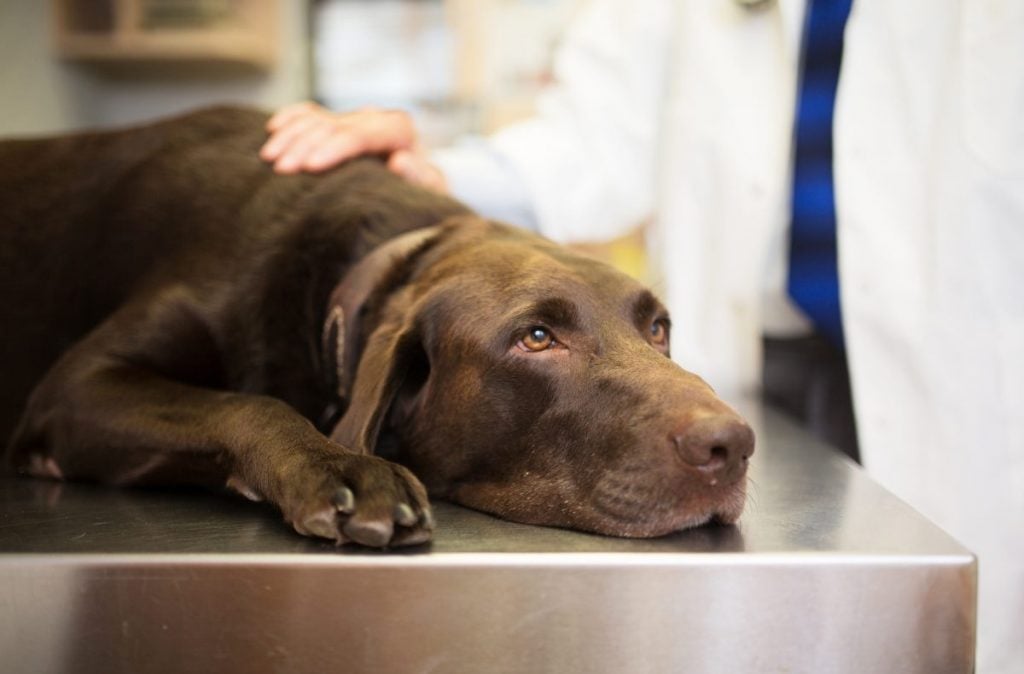 A single bee sting usually doesn't require a trip to the vet. If the sting is still embedded in the dog's skin, it can be removed by gently scraping it with something stiff such as a fingernail or piece of card.

Don't remove the stinger with tweezers. This can squeeze more of the poison out of the stinger and into the dog's body, which will make the pain and reaction worse. 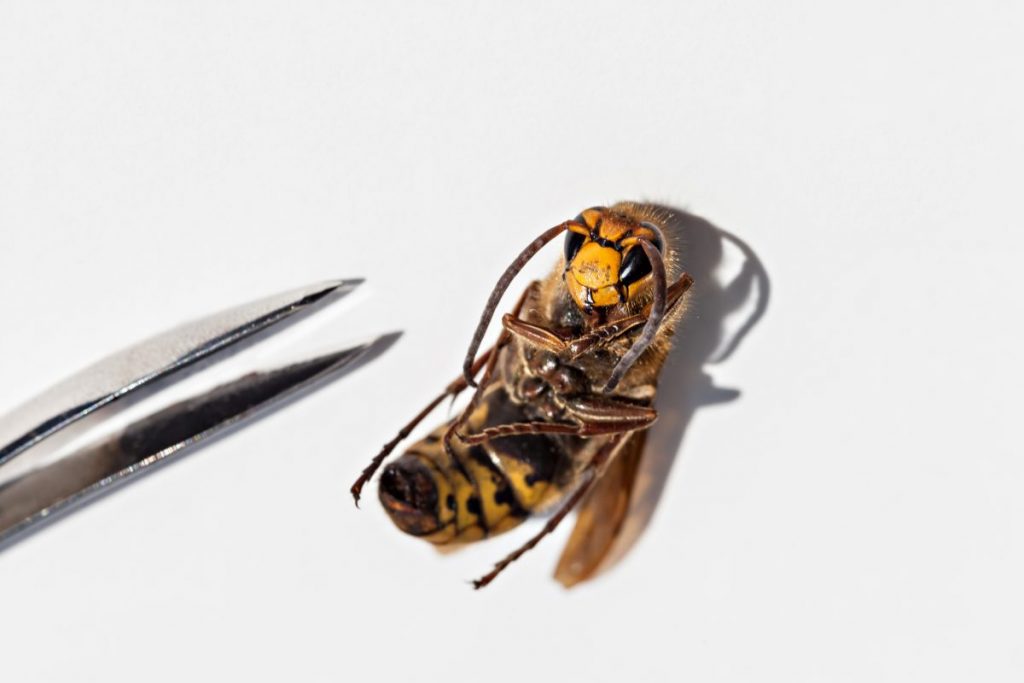 If the dog appears to be in pain, applying an ice pack wrapped in a cloth can help to reduce discomfort and swelling. Bathing the sting site using a solution of baking soda and water can also help to make the sting less painful. Baking soda helps to neutralize the poison contained in the bee stinger. 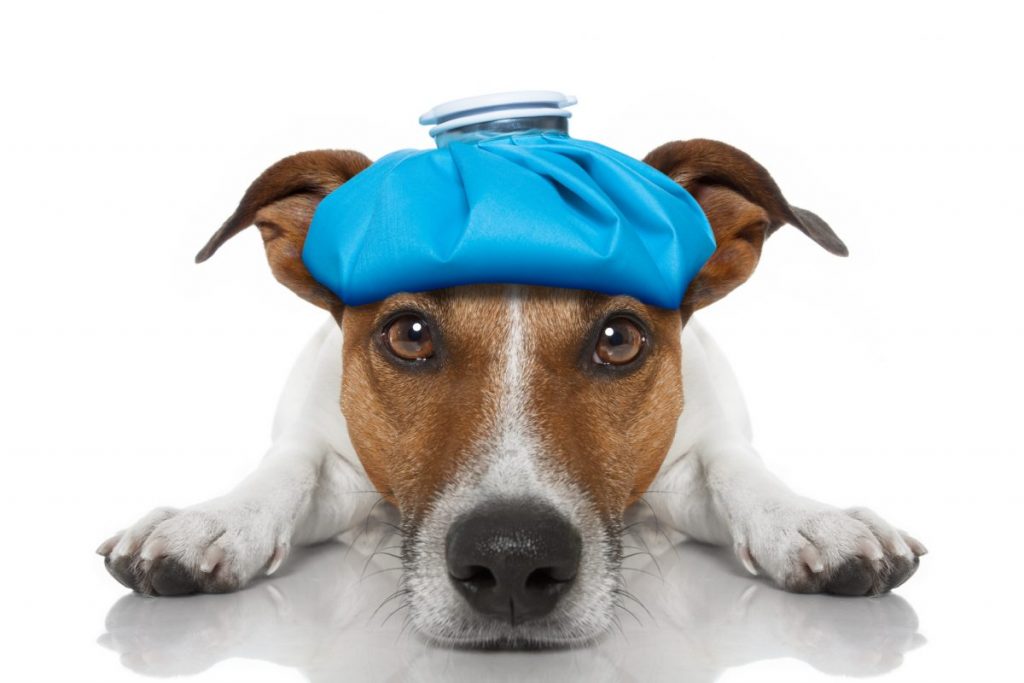 Some antihistamines intended for humans are safe for dogs and can help ease reactions to a bee sting. However, other antihistamines can be poisonous for canines.

Before administering human antihistamines to dogs, it's important to consult a vet. They will be able to advise whether the specific drug is safe. They will also be able to advise on a safe dosage, taking into account the dog's breed and weight, as the recommended dose for a human may be too high. 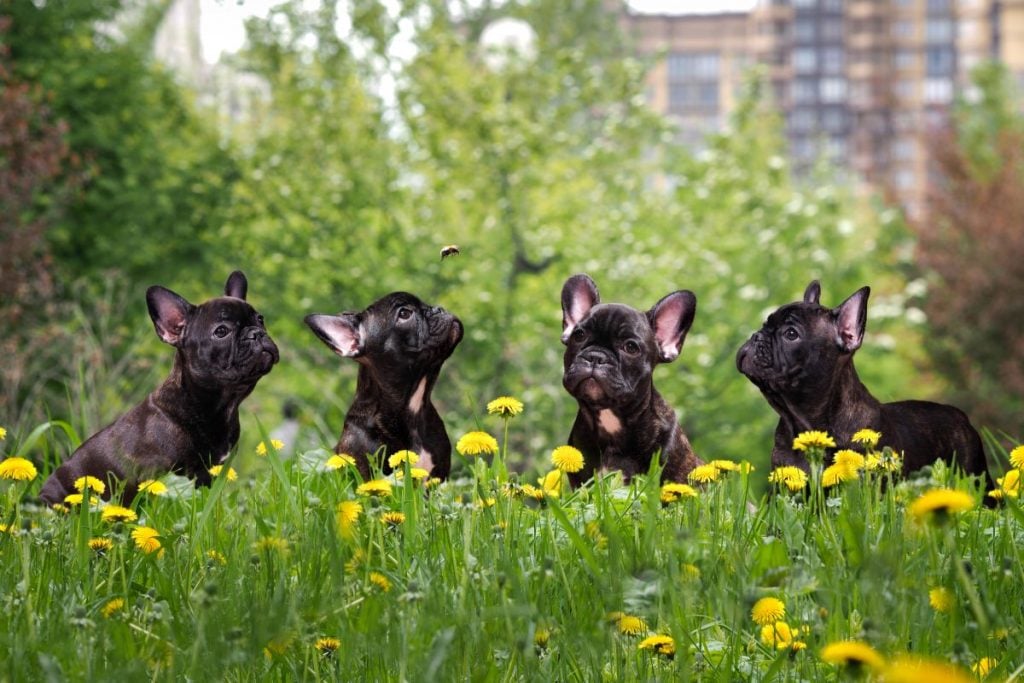 Bee stings in dogs can cause anaphylactic shock. This causes the dog's airway to swell so they can't breathe normally and can be fatal if a vet doesn't immediately treat the dog. 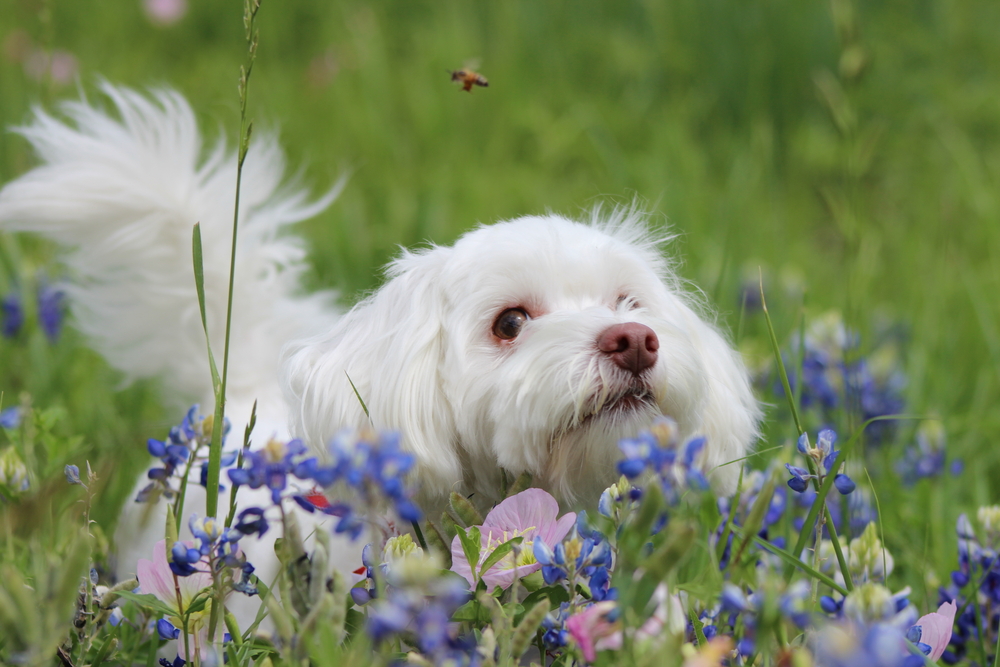 How Do Vets Treat Bee Stings?

If the dog is in a lot of pain following a bee sting, a vet may apply a local anesthetic ointment called lidocaine to numb the area. They may also prescribe steroids and antihistamines if the dog has had an allergic reaction.

If the dog is in anaphylactic shock, they will be given a shot of adrenaline. They may also require oxygen and intravenous fluids. Sometimes, blood is taken to make sure that the dog's organs haven't been damaged. 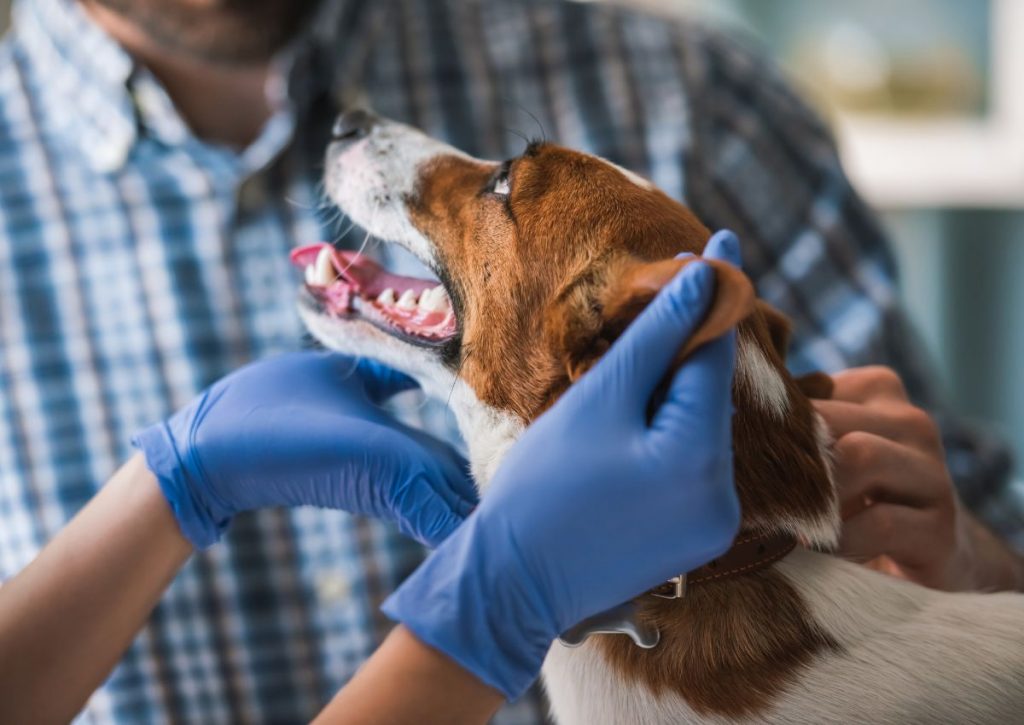 Bee Stings Inside the Mouth

Occasionally, a dog may try to eat a bee and get stung inside their mouth, throat, or on their tongue. These stings are likely to be more painful and can cause dangerous swelling, potentially obstructing the airways. It's also much harder for owners to remove the stinger themselves if the dog has been stung inside their mouth. In this situation, the dog should be assessed by a vet as soon as possible. 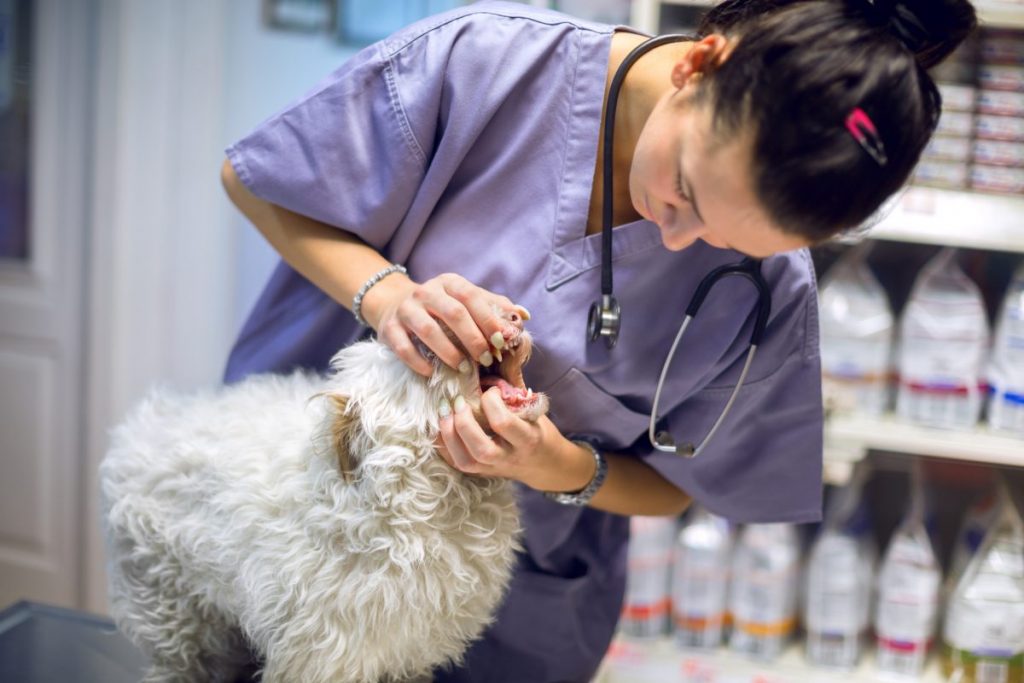 Some bee stings can be prevented by checking outdoor areas regularly for hives and getting them professionally removed as soon as possible. Burning citronella candles in the backyard can also help to ward off bees from areas where dogs are playing.

Teaching a dog to come when they're called is another good preventative measure. If owners notice that their dog is investigating a bee, they can call them away before the situation leads to a sting. 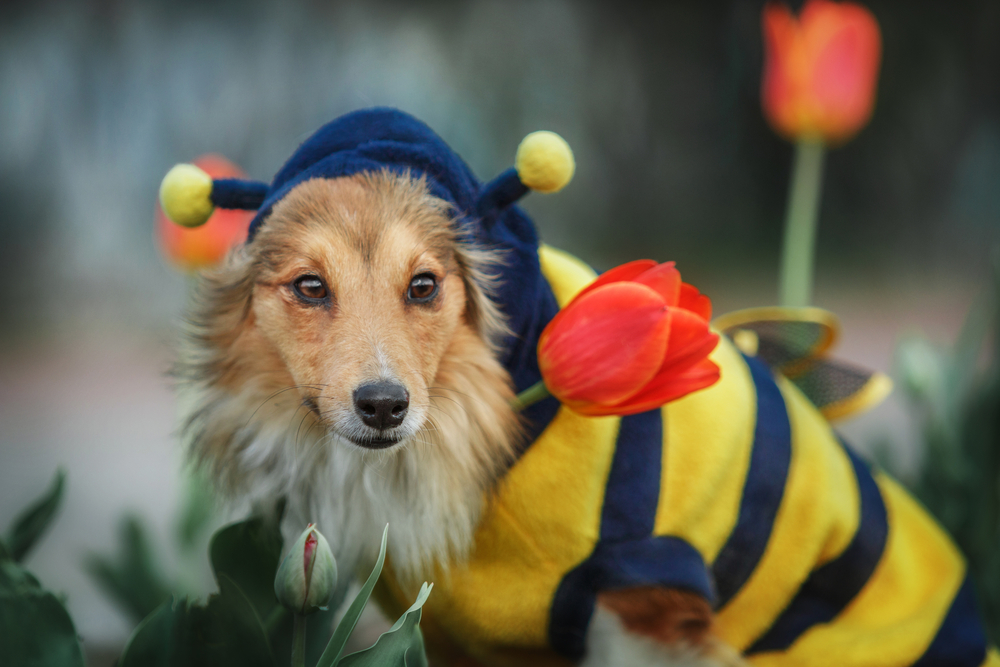