Hairless Dog Breeds and How to Care for Them

The American Hairless Terrier began as an oddity: a hairless puppy in an otherwise normal litter of rat terriers in the early 1970s. The breed was officially recognized in 2016 by the American Kennel Club. They are first born with a short fuzzy coat, but it falls out after the first few months and becomes a hairless but lovable pup. One variety of the breed has a very short coat of hair that rarely sheds. Unlike most of the older breeds of hairless dogs, the gene for hairlessness is recessive, meaning it lacks some of the health issues common for other hairless dogs. 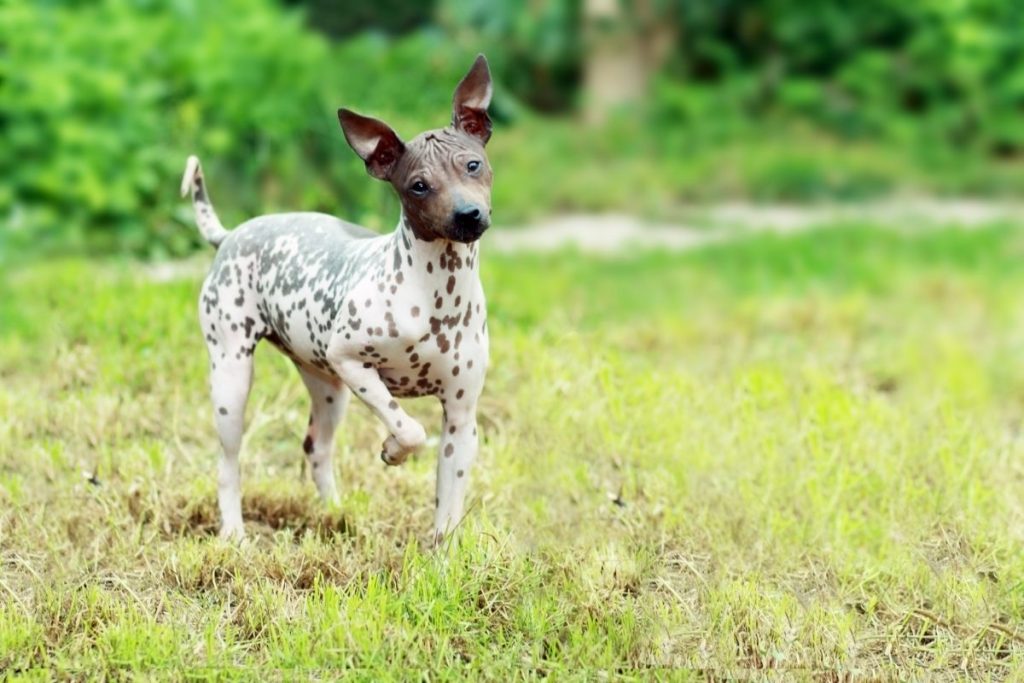 A bit of a scruffy, funny looking breed at first glance, this unique looking dog breed is even older than it looks. Pre-Incan pottery indicates the dogs have been around for thousands of years. The dogs were present in Chimu, Chancay, and Incan pottery art. Interestingly, they were often considered good luck and valued as companions. The Spanish conquest of Peru nearly eliminated the breed - in some areas after the conquest, they were considered diseased and were exterminated. Today, the breed is a loveable companion and a protected canine species in Peru. They may be wary of strangers, but they are very affectionate, energetic, and loyal. 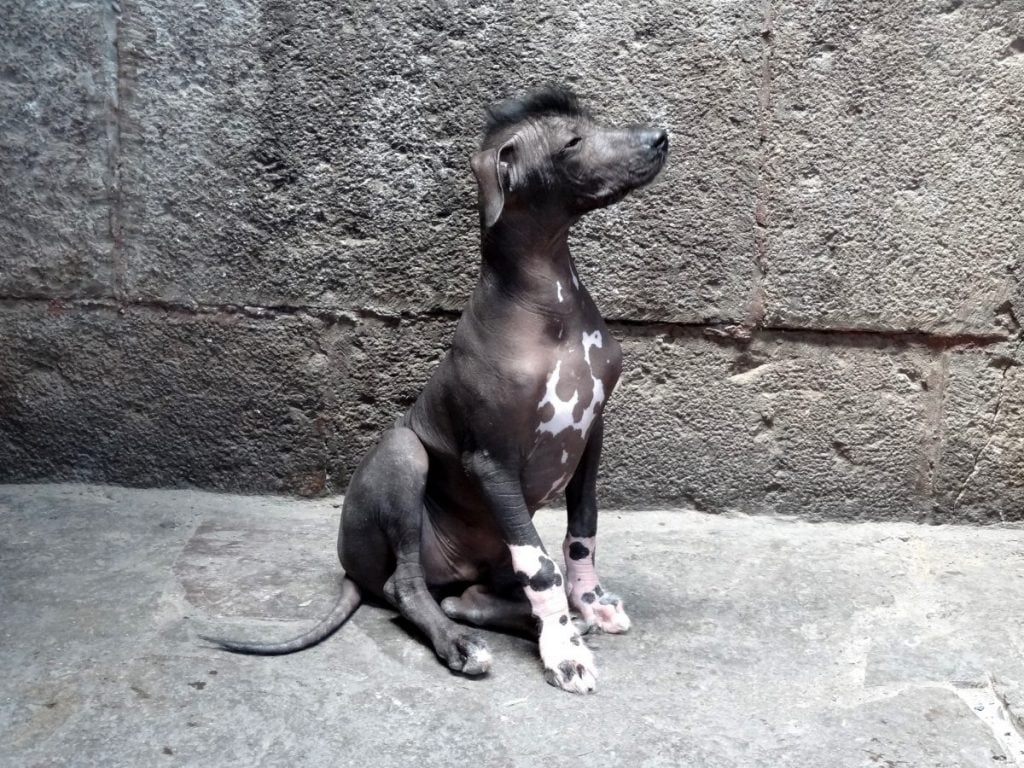 Ecuadorian Hairless Dogs are a descendant of the Peruvian Inca Orchid that originated in the Santa Elena Peninsula in Ecuador. They are not an officially recognized breed, and they are the rarest of the hairless dogs. Even compared to other hairless breeds, Ecuadorian Hairless dogs are known for being almost completely hairless. They also often lack their premolar teeth. 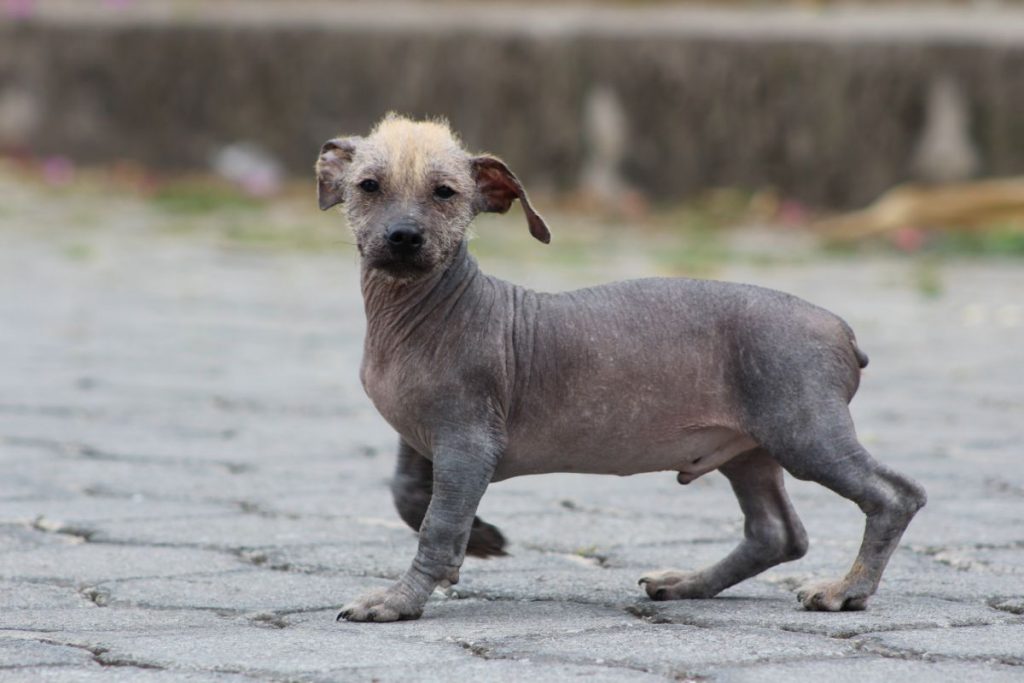 The Argentine Pila Dog is a descendant of the Peruvian Inca Orchid. They have similarly been around for thousands of years, and they were often used for therapeutic purposes. Their warm skin was often valued and used as a heating pad. Pure Pila dogs are rarer now that foreign breeds are more popular than the local hairless pups. Some breeders are trying to re-establish the breed; they are playful and loving, and they often act as good guard dogs as they are very attentive and cautious of strangers at first. 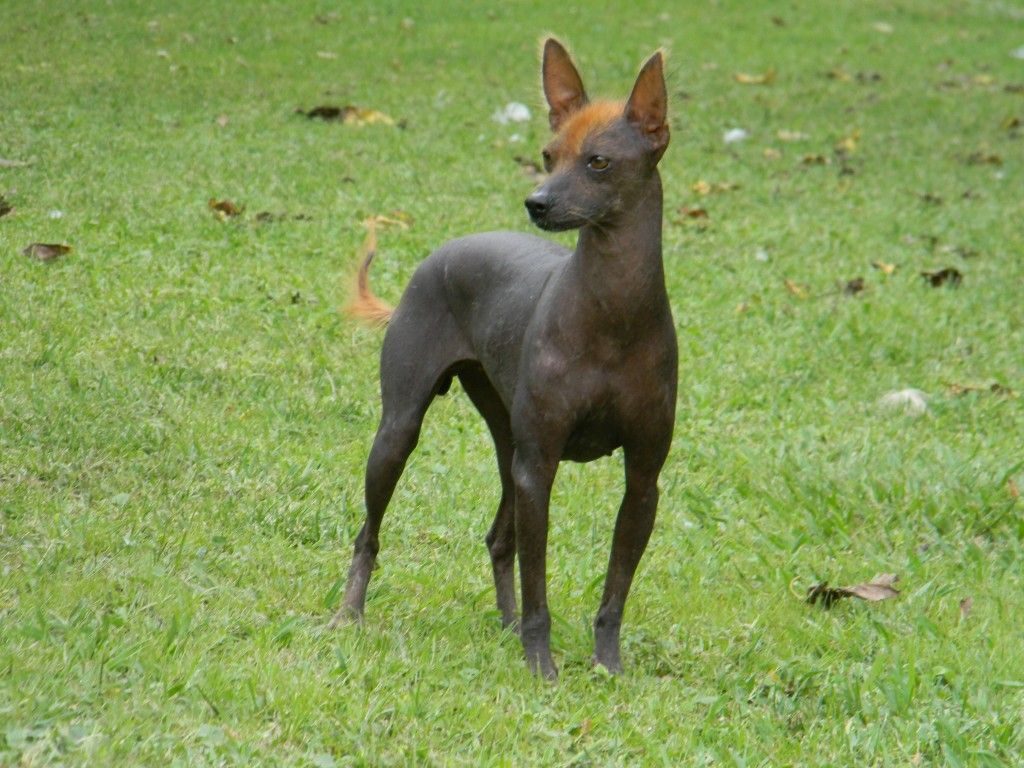 Xoloitzcuintli or Xolo is a breed native to Mexico for over 3000 years. The Aztecs considered them sacred and believed that the dogs helped guide their master’s souls through the underworld. This was recently alluded to in Disney’s film Coco where the Mexican Hairless dog Dante helps Miguel while he is in the Land of the Dead. They are usually loyal and calm, though wary of strangers and often become frustrated or distressed when left alone for long periods at a time. There is a coated variety of the breed with a short coat of hair, and they come miniature, toy and standard sizes. 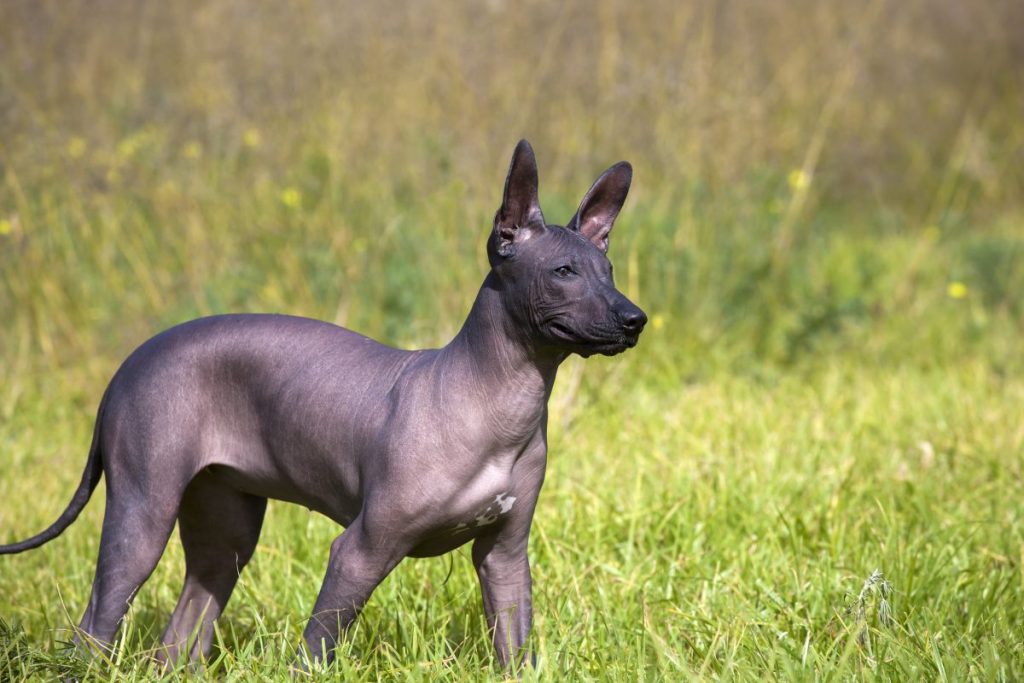 The Hairless Chinese Crested is famous for its extravagant hair on its head and legs, but an otherwise hairless body. A variety of the breed called the Powderpuff variety is covered in hair, but both varieties require more grooming than other hairless dogs. The breed originally began in the 13th century where it was originally bred to catch rodents on Chinese vessels. Today, it is a loved and friendly dog that gets along well with children. 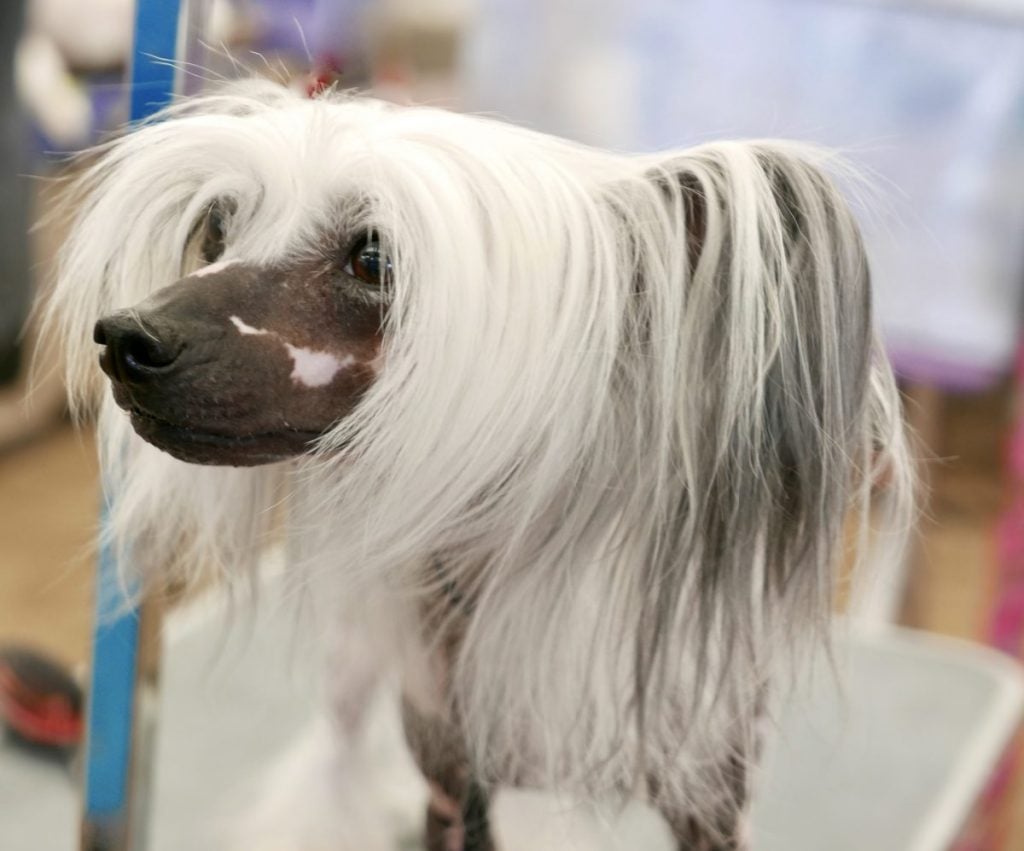 Hairless Chihuahuas are not considered an official breed. Some Chihuahua breeders purposefully breed Chihuahuas without fur, but many are a result of over breeding in an attempt to produce specific coloring in furred Chihuahua's coats. They are cute and often favored by dog lovers with allergies, and they behave similarly to regular Chihuahuas. They are loyal with lots of energy, but as with Chihuahuas, they can sometimes snap at children or strangers that they find threatening. A big attitude in a little body, they have lots of bark and can be quite temperamental. 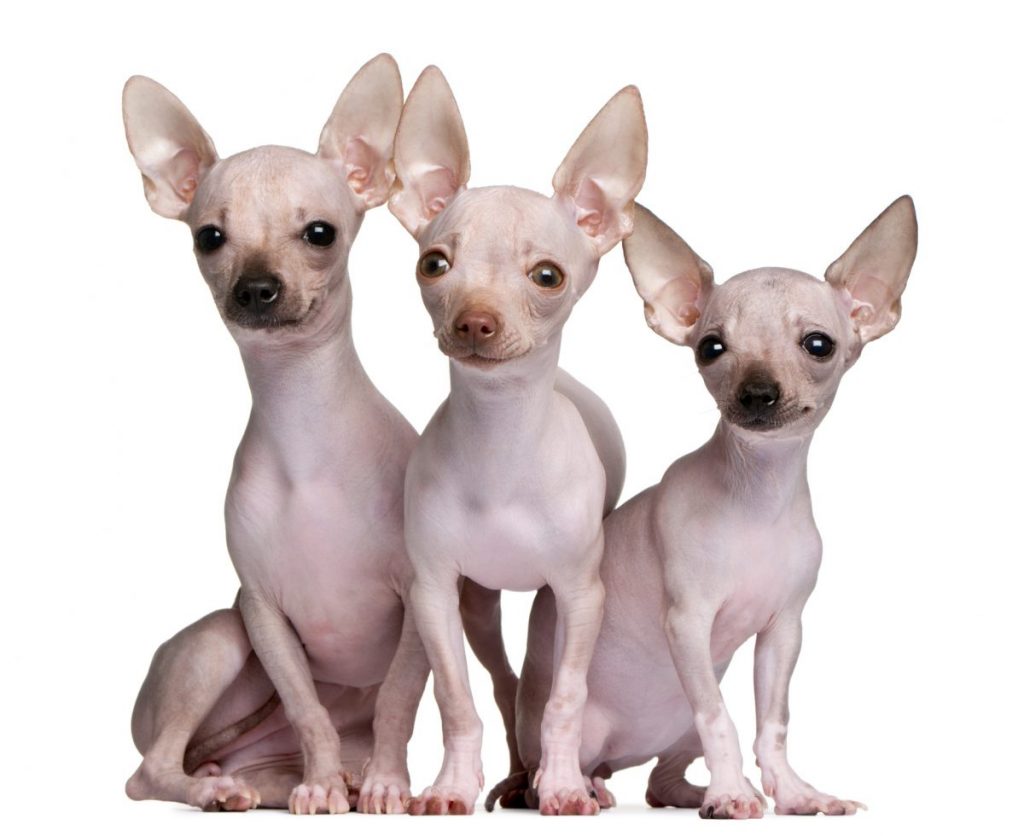 Hairless breeds’ lack of hair is a result of genetic mutation officially classified as canine ectodermal dysplasia. This mutation usually passes between generations, allowing breeders to specifically breed hairless dogs. Though the mutation itself does not cause any serious health problems, hairless breeds can be prone to certain issues. The mutation can result in missing or abnormally shaped teeth, especially in molars. Without their coat protecting them, hairless dogs are also at more risk from sunburn and skin cancer. 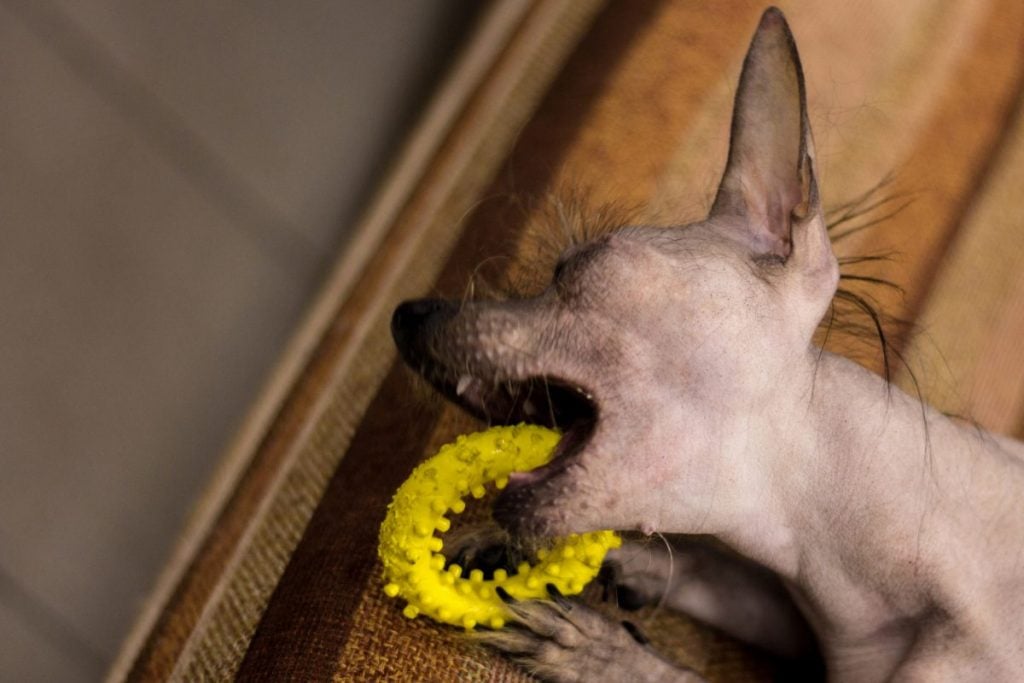 Most hairless breeds may not need a haircut, but to keep your dog healthy and happy, proper grooming and care are important. Brush their skin with a soft brush, and wipe down their skin with a damp, soft cloth to remove dirt. If they get a pimple or blackhead, leave it alone. Do not squeeze it since it can lead to further discomfort, infections, and scarring. Give them a bath about every two weeks with a dog shampoo. Keep their skin moist if needed with a good quality dog lotion, but be sure to watch for any allergic reactions or irritations. Clean their ear and trim their nails as needed, and brush their teeth regularly since many hairless dogs are prone to teeth problems. 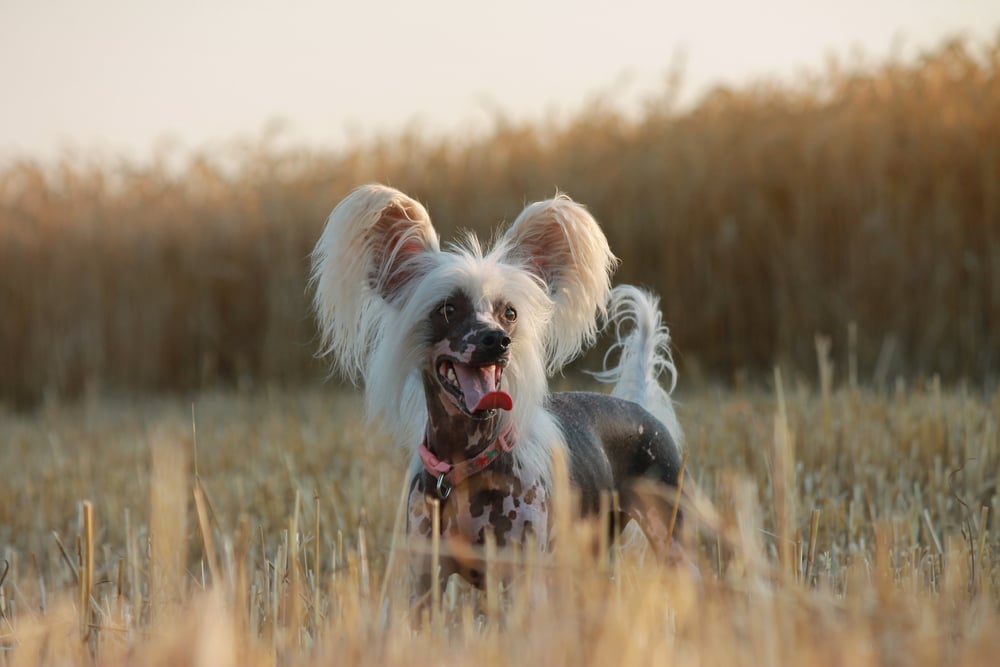 Though relatively simple to care for, hairless dogs do need some special care. To prevent sunburn, apply sunscreen to your dog when outside, especially if they are going to be outside for a long period. Along with protecting them from the sun, protect them from the cold. Hairless dogs will need a jacket outside in any chilly or cold temperatures. Their lack of fur or hair also makes them more likely to get skin irritations and abrasions. Provide plenty of soft areas for them to lay, especially in tiled or hardwood areas since they are more sensitive to hard surfaces. Hairless dogs are not for everyone, so before getting one, carefully consider the breeds and their unique needs compared to their furry counterparts. 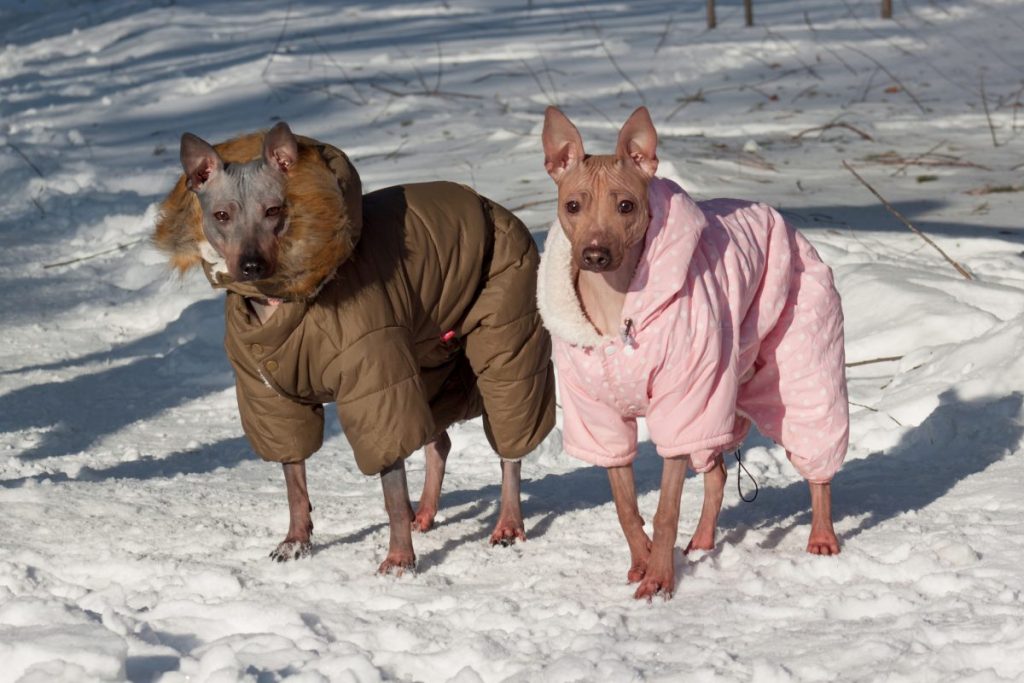