Great Names for Your Girl Puppy

Picking out a dog's name is as important as picking out a child's name. After you've gotten to know your puppy a little bit, you should be ready to choose a name that will stick. Some names fit some pets and owners perfectly, while some are definitely more suitable for some dogs than others. Keep them short--experts recommend one or two syllables--and keep them unique!

Any dog will tell you that she runs the show, so why not give her a name that reflects that? Princess might be slightly spoiled, Queenie is the boss, and Duchess, Countess, and Lady are just a little better than other pets. If titles are a little obvious, there are some great names that reflect your dog's highborn personality.

Victoria (or Vicky, if she has a mischievous side), Diana (how cute is Lady Di as a dog's name?), Isabella, Eugenie, or Guinevere certainly call royalty to mind. But if your girl has you completely in her power, there's always the world's most renowned queen, Cleopatra--Cleo or Patty for short! 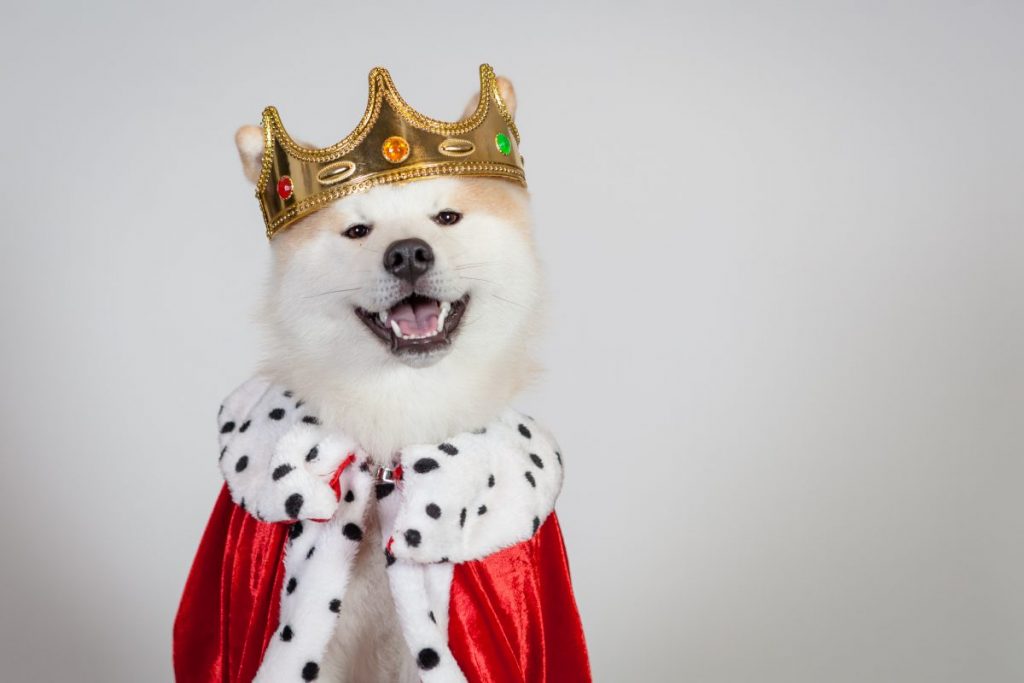 Some canine ladies are too sophisticated for your shenanigans. These superior chiennes deserve sophisticated names. Few names are as sophisticated as Coco, after the elegant Chanel herself--sophisticated, but also just the tiniest bit cute. Any French name sounds very sophisticated--consider Brigitte, Vivienne, Charmaine, Nanette, or Celeste. If you'd rather stick with the English language for your little lady, consider Lola, Gwyneth, the ultra-modern Jensen, or, almost too obviously, Fancy. 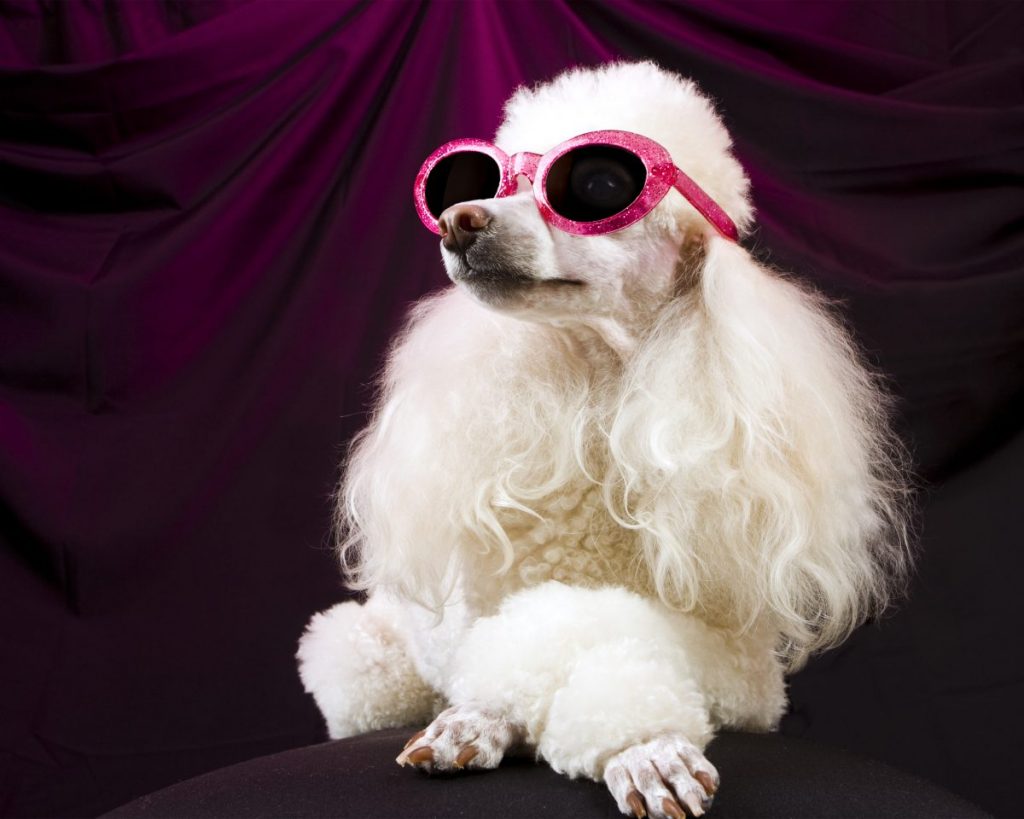 For the literary-minded, classic novels offer many extraordinary women and girls to name your girl puppy after. Les Miserables provides Cosette and Eponine, while Shakespeare offers us too many to count, including Portia and Juliet. From the world of fantasy, consider Hermione or Arwen. Children's literature provides Ramona, Matilda, and Madeline. And don't forget the adorable tomboy Scout from To Kill A Mockingbird--she's feisty enough for even the most energetic of pups!

Heroines and goddesses from ages past still speak to our consciousness today and provide unique but recognizable names for furry friends. Goddesses such as Athena, Aphrodite, or Hecate are a dignified choice, as are mythological figures such as Thalia, Calypso, and Calixta. Then there are the creatures--consider Pooka, Kelpie, or Silkie. And anyone who was ever a 12-year-old girl will swoon over the name Pegasus, and you can call the puppy Peggy for short! 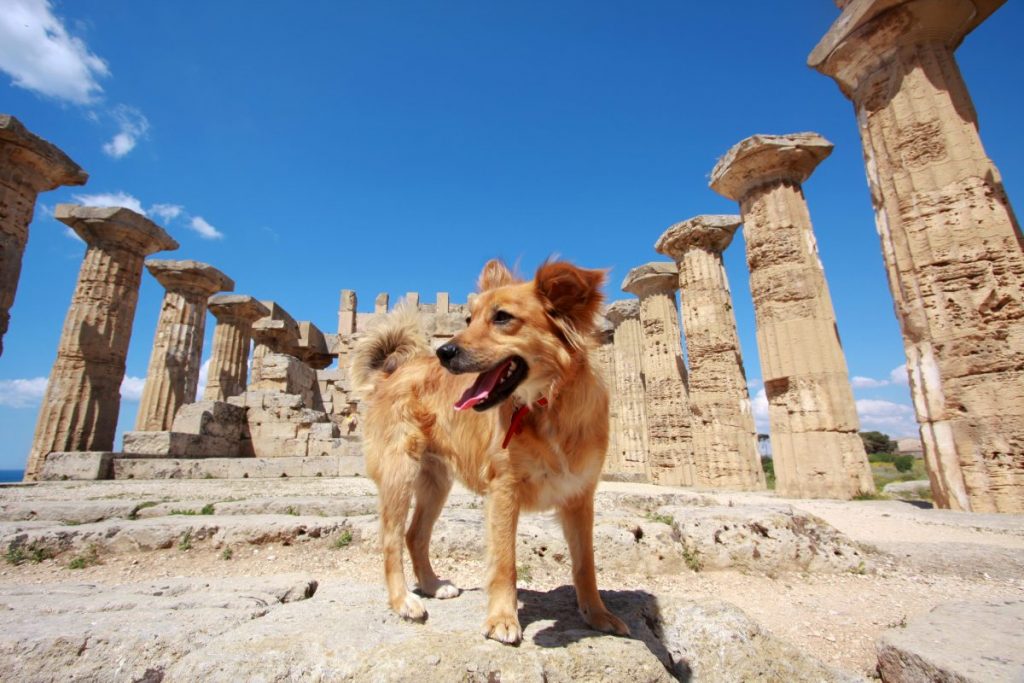 Not every dog is interested in being fancy or snuggly. Some are there to take care of business, and you'd better not get in the way. These tough gals fight crime, guard property, or simply scare people away by looking so fierce. They deserve a name that reflects their don't-mess-with-me-or-my-human attitude. Consider Kali, after the Hindu goddess who comes after anyone who messes with her children. Or Xena, the warrior princess. Other strong names for your strong girl include Nyx (the goddess of night), Zandra (Greek for "defender"), Isis (the Egyptian mother-goddess), Sheba (a kingdom known for its powerful women), Sabra (an Israeli warrior, or the superhero from the comic book), Cynane (pronounced KEH-nane, accomplished warrior and half-sister to Alexander the Great), Zenobia (warrior queen of Syria), or the katana-wielding survivor of the zombie apocalypse, Michonne. 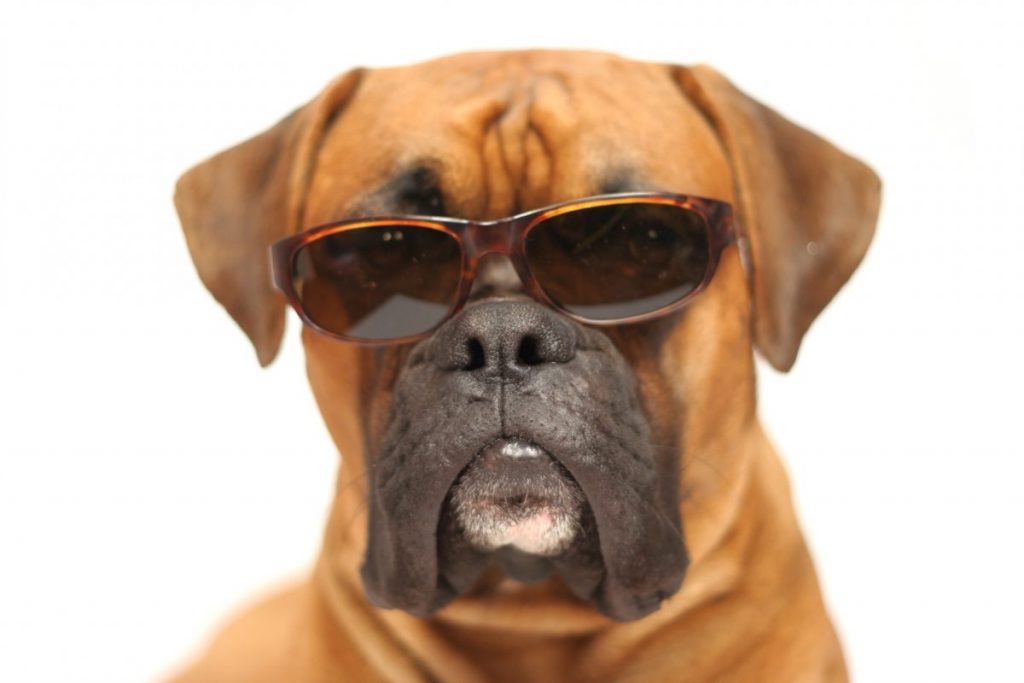 As with human girls, the plant kingdom can provide many unique and lovely names to suit your dog's personality. Some unusual ones include Leilani, Poppy, Buttercup, and Petunia. Some flower names lend themselves to cute or clever nicknames, such as Jazzy for Jasmine, Maggie for Magnolia, or Dandy for Dandelion. Other pretty names for your pup could include Betony, Calla, or Holly. 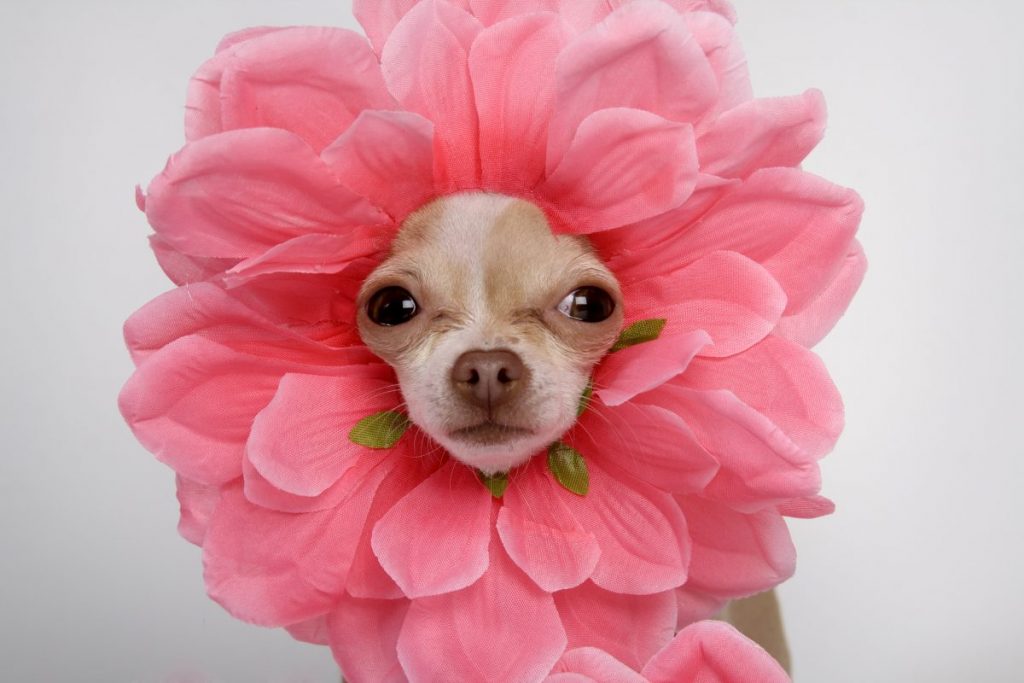 It may seem counterintuitive, but some of the best names for both people and animals come from food. When your puppy is so cute you could just eat her up, she might be a Peaches, Pumpkin, Candy, or Cookie. If she has a bit of sass, try Ginger, Pepper, or Huckleberry. If you just want to be unique and fun, consider one-of-a-kind food names such as Noodle, Dumpling, or the Shakespeare-derived Egg. 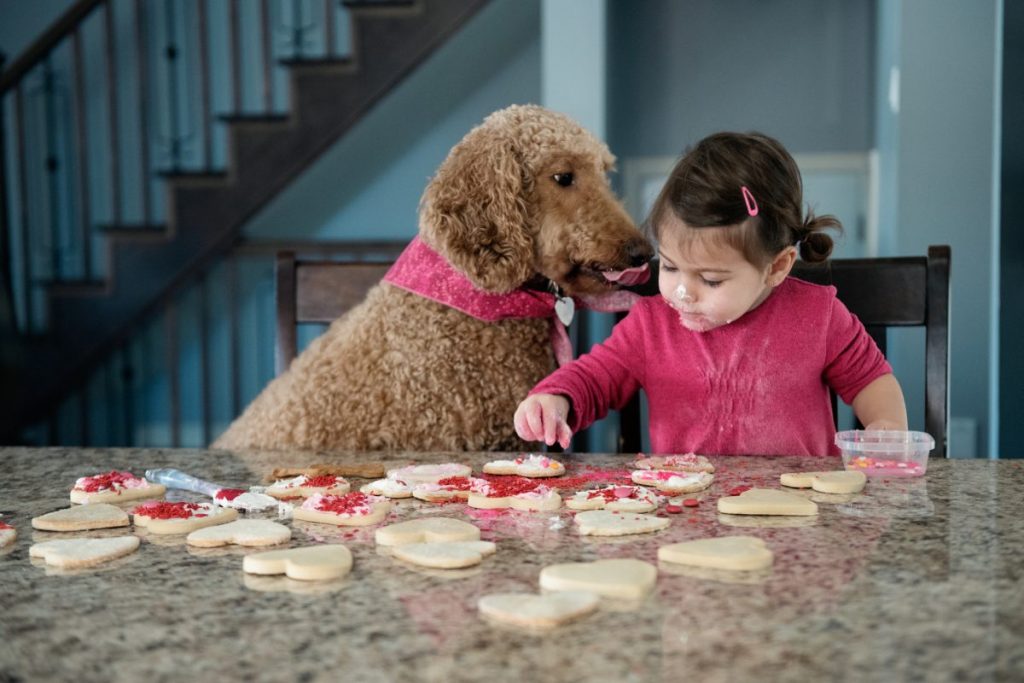 Puppies are adorable, and they don't outgrow that. Your sweet little girl might need a name that reflects how utterly cute she is and will always be. Some precious names for your puppy could include Maisie, Mitzi, and Sadie. Siblings could be Pixie and Trixie or Dolly and Lolly. Other completely adorable and unique names to consider for your pup are Elf, Gizmo, and Buttons. Don't worry, all of those will still be great names when she grows up! 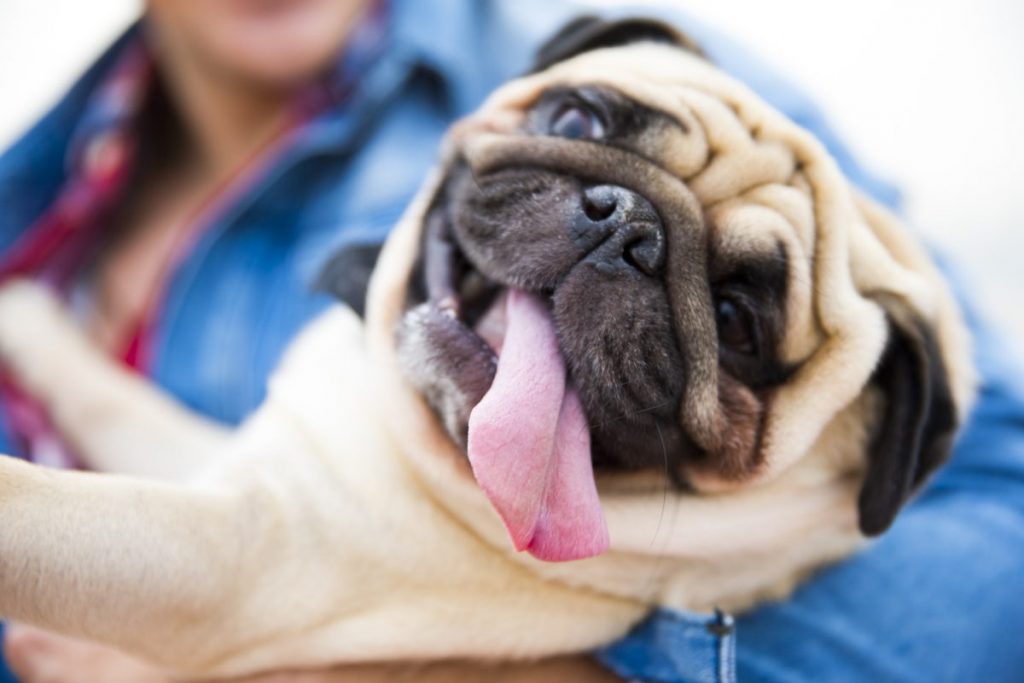 Your new dog could carry one of these spiritual names through life as a sign of respect to the name's origin, or as a statement of what's important to you. Kami refers to a Shinto god or goddess, Shakti is a Hindu name meaning "powerful," and Abbey is a Christian place of worship. The name Aliyah is both Arabic and Hebrew and means exalted. Chava is the Hebrew name for Eve, the first woman, and Shiloh is a Hebrew word meaning peace. Durga is a Hindu goddess, and Bodhi is an enlightened Buddhist teacher. The lovely name Amala means both hope and beloved in multiple traditions. Grace refers to a gift from God in Christianity, Judaism, and Islam, and an Angel brings a message from God, so if you're grateful to whatever powers are in the universe for sending your fur-daughter, those might be a great fit! 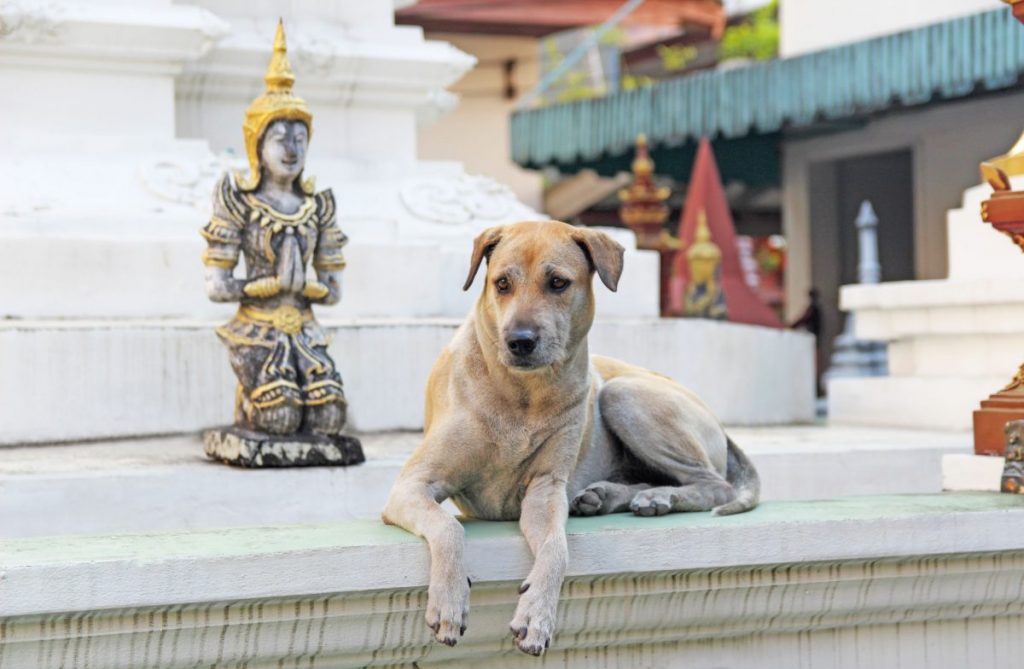 Just like human names, pet names go through trends, and what is popular in one time period may fall out of favor in the next. Not to worry, though, they always come back around! 21st-century headlines produce many trending names that might be perfect for your female pup. World leaders in the news might offer Angela, Kamala, Dilma, or Rania, a chancellor, senator, president, and queen, respectively. Entertainers offer wonderful names for your pet; Pink, Sofia, or Katie are ideal names for beloved dogs as well as beloved stars. Even the business world can give some ideas, and CEOs such as Ginny, Joey, and Phebe would be honored to know you named your pet after them! 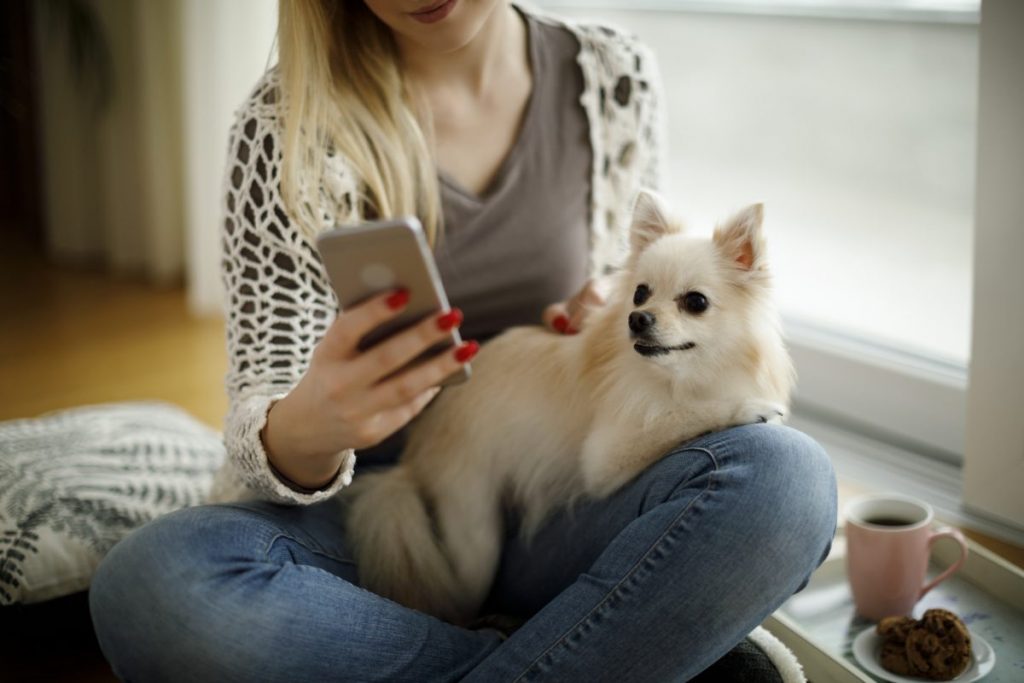