Everything You Need to Know About Cats in Heat

First-time cat owners might be surprised if their female cat suddenly starts to exhibit odd behaviors. Meaning behaviors stranger than sitting in tiny boxes for no reason and chasing laser pointers that is. Perhaps she's become more affectionate out of nowhere or start wailing loudly in the middle of the night. Maybe she’s even been wanting to go out more than usual. These are all incredibly common signs of estrus, the feline fertile period also known as heat.

When Do Cats First Go Into Heat?

The majority of female cats go into heat—or estrus—by six months, but there are times in which this isn't the case. You might find certain breeds of cat going into heat earlier than others such as Siamese, who may go into heat when they're just four months old. If your cat hasn't yet come into heat by the time they're six months old, that's also nothing to worry about. Some cats can even go up to ten months without experiencing their first heat. It all depends on the individual cat, but 4-10 months is a very plausible benchmark. 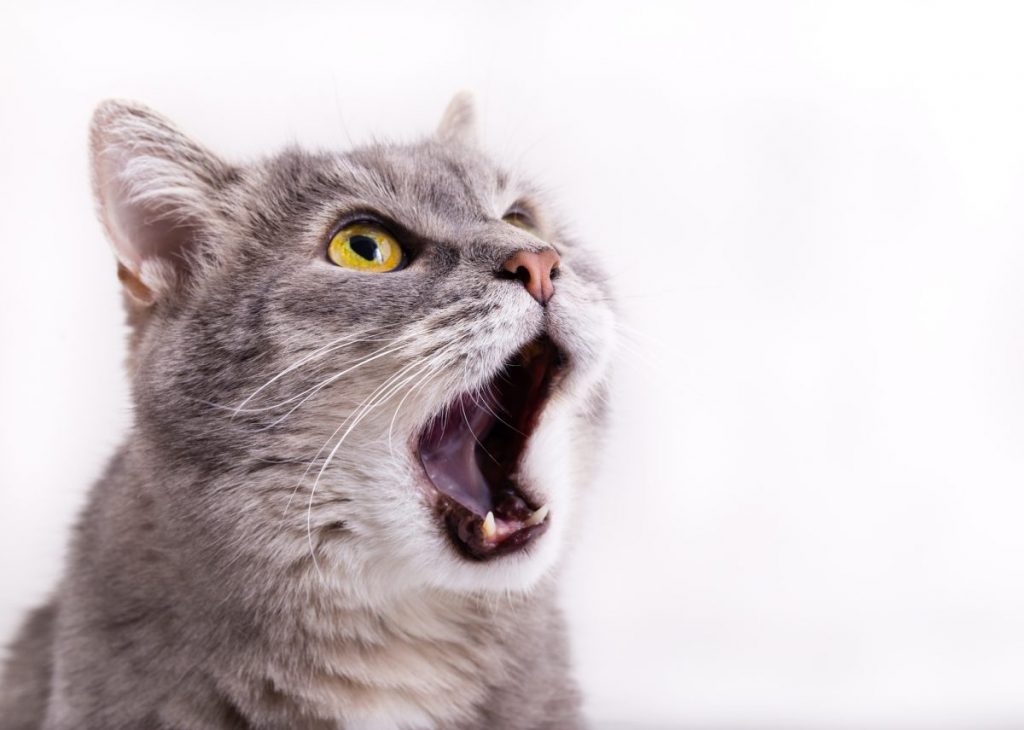 What are the Signs My Cat is in Heat?

Although every cat is different, when they are in heat, they display typically uniform behaviors. Cats aren’t unlike humans in that respect, with our changeable moods and our body’s tendency to bloat. For cats, however, their signs are much more physical. One of the most telling signs that your cat is in heat will be that she’s far clingier and attention-seeking than usual. Other signs include spraying urine around the house, rubbing against things more often, and being loudly vocal. In addition to these things, she’ll also assume the ‘estrus’ position, with her tail straight and her rear in the air. 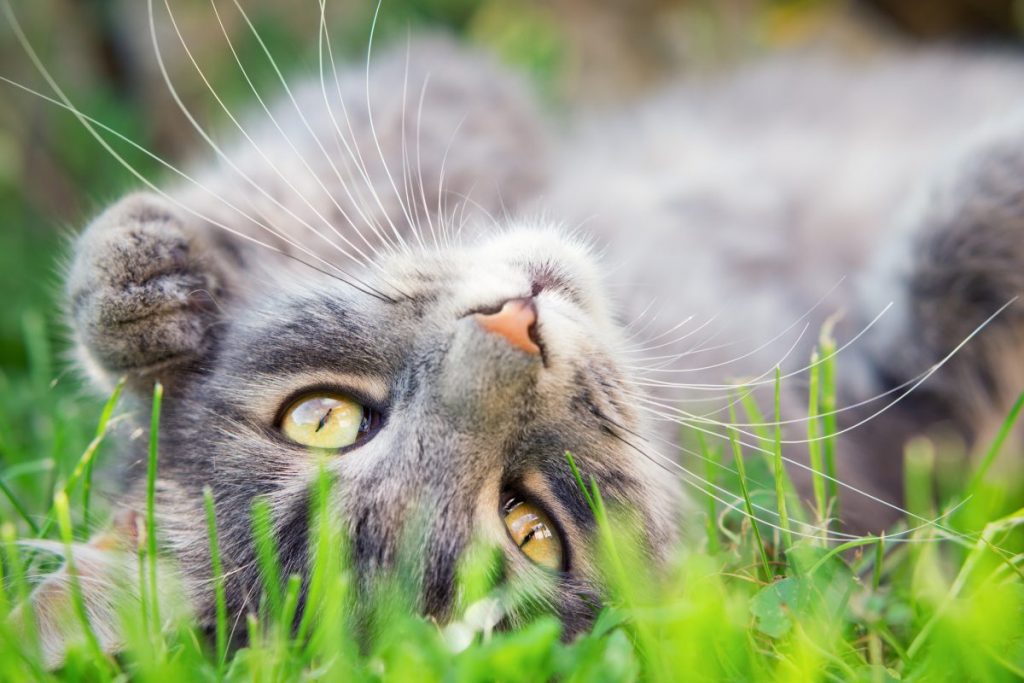 How Do I Handle Cats in Heat?

The constant wailing and howling can be something of a headache, but there are tried and tested ways of calming your cat when she's in heat. She'll howl, screech, and try her very best to get out of the house to find male cats. Although you can calm her down, it's a tricky thing to do and not for the faint of heart. Isolate your cat from male cats and give her something warm, making her a nest to sit in to calm her down. Playing with her might also help. These solutions are only temporary, of course, and un-spayed cats come into heat so often that it might be time to consider other options like surgery. 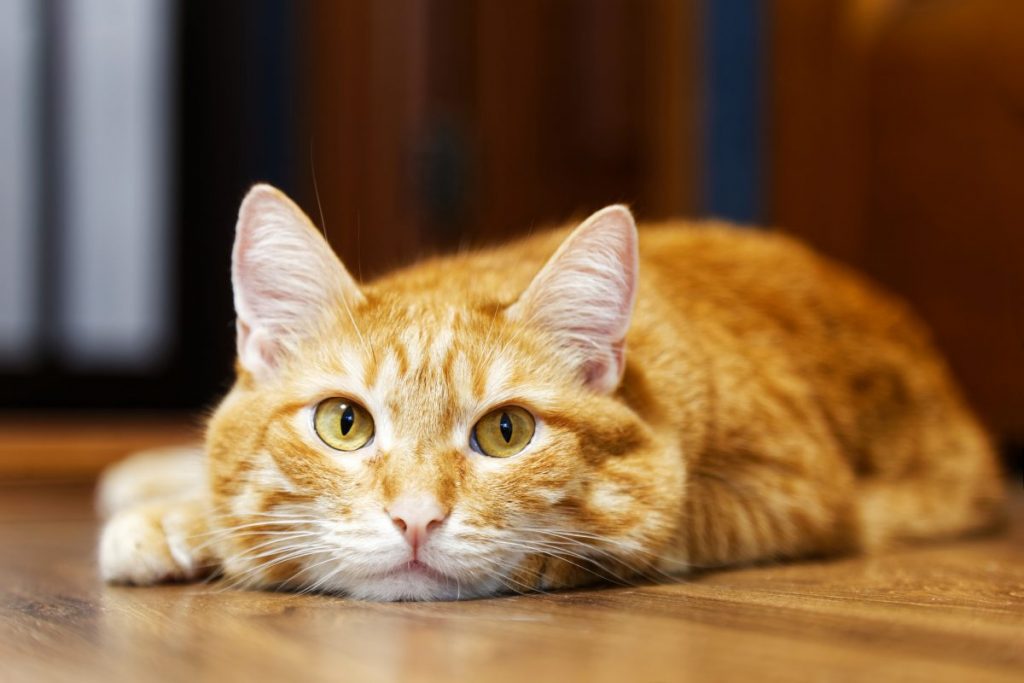 How Long Do Cats Stay in Heat?

Like with humans, cats have reproductive cycles that differ from cat-to-cat. Unlike humans, however, a cat's reproductive cycle doesn't come at regular intervals. An outdoor cat's cycle is actually based on nature, like when the sun is out for approximately ten hours. Indoor cats, on the other hand, can come into heat at any time. How long this period lasts can be anything from four days to a couple of weeks. 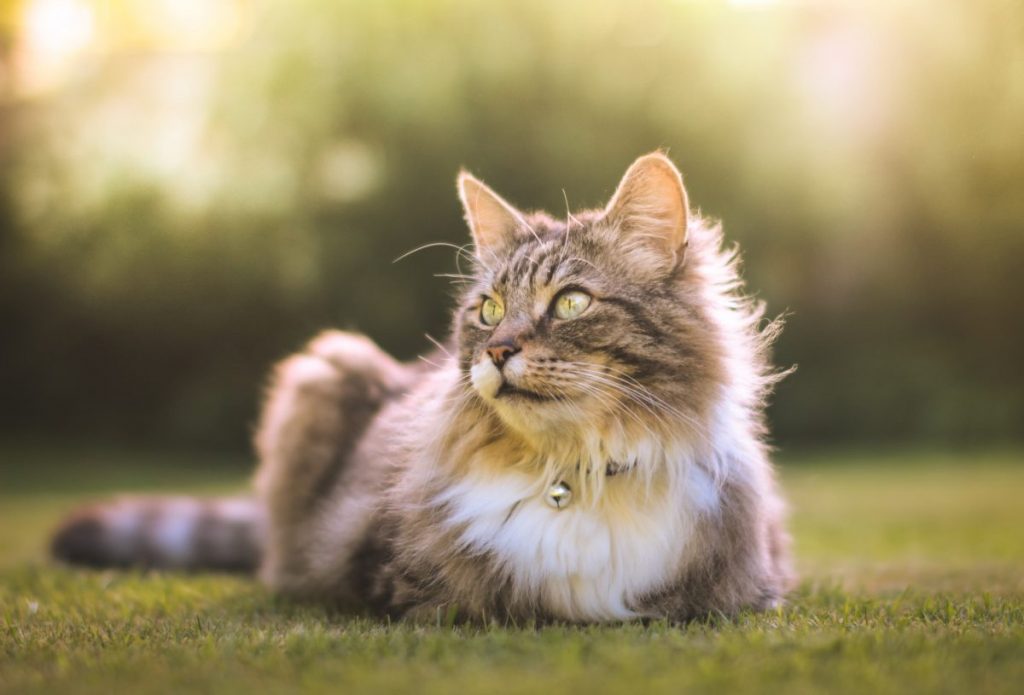 How Often Do Cats Go into Heat?

Cats go into heat often and irregularly. Their cycles can be triggered by the sun or by sexual stimulation from another cat. Because of the number of daylight hours, cats go into heat more often during the spring and the fall. Within those seasons, they can go into heat several times and, if they don't breed during that time, might have an even fiercer heat than the time before. Cats go in and out of heat every one to three weeks, but a lot of vets don't recommend this without her breeding as it can cause endometriosis. Not dissimilar to the way it does in humans. 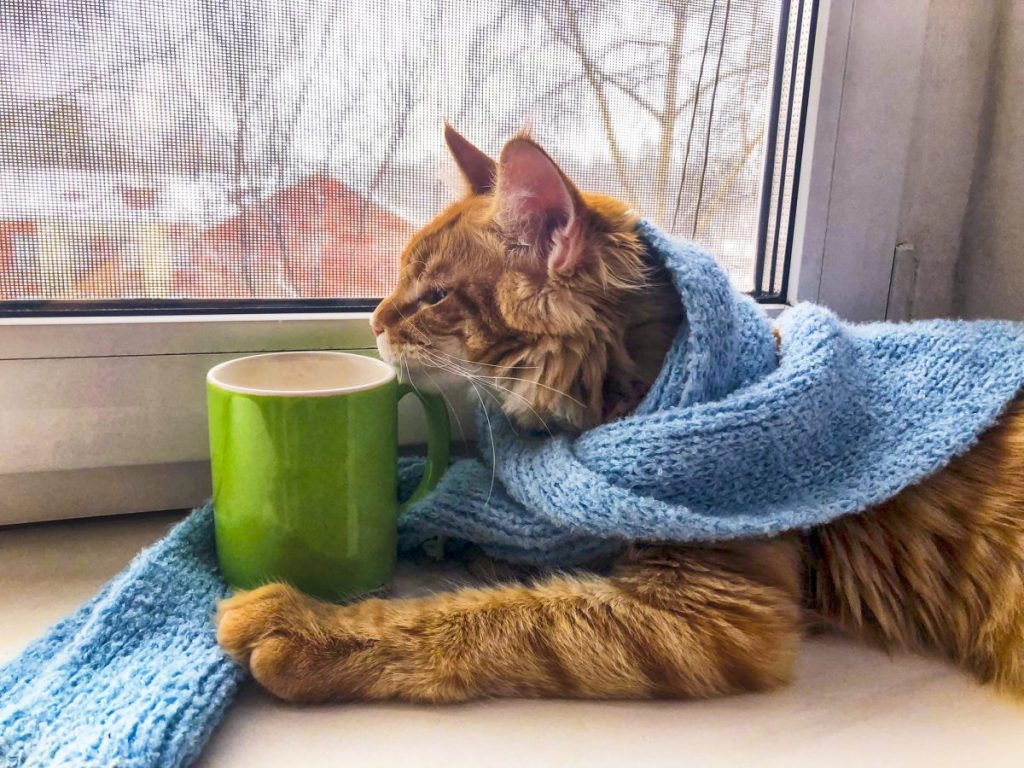 Can I Prevent My Cat Going into Heat?

Yes, but only by spaying. Neutering your cat is the only way to prevent her from going into heat at all in the long run. There is, however, the more temporary option of feline contraceptive measures. You can get injections that are the feline version of the human Depo-Provera birth control shot we humans take. What this does is prevents the cat's ovulation cycle, which should also stop her from going through heat. Although this is a good idea for a temporary solution, there are bad sides to it, as it can put your cat at a higher risk for diabetes, UTIs, or tumors. 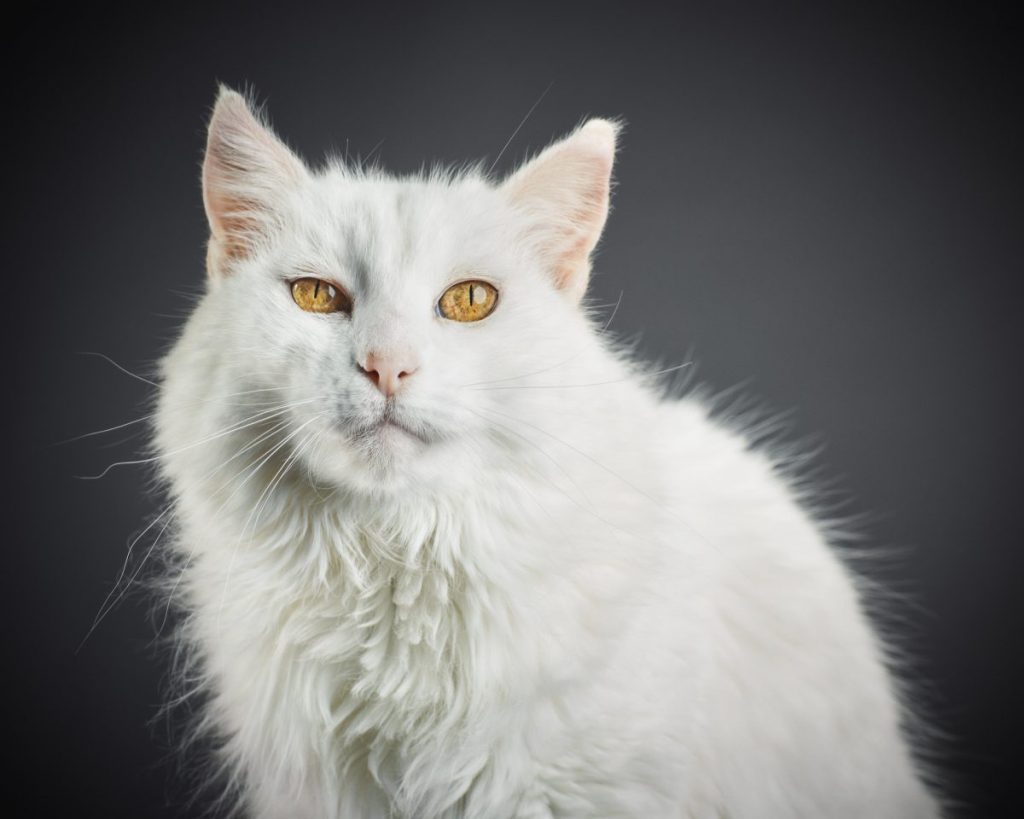 Should I Spay My Cat?

Spaying doesn't only prevent heat or pregnancy; it can also help to prevent UTIs and breast tumors. In cats, these tumors are malignant in roughly 90% of them, so you need to ask yourself if keeping your cat fertile is really in her best interest or not. Many vets believe spaying your cat is the best course of action for you and her. Although there are some cons to having your pets neutered, the benefits vastly outweigh them. 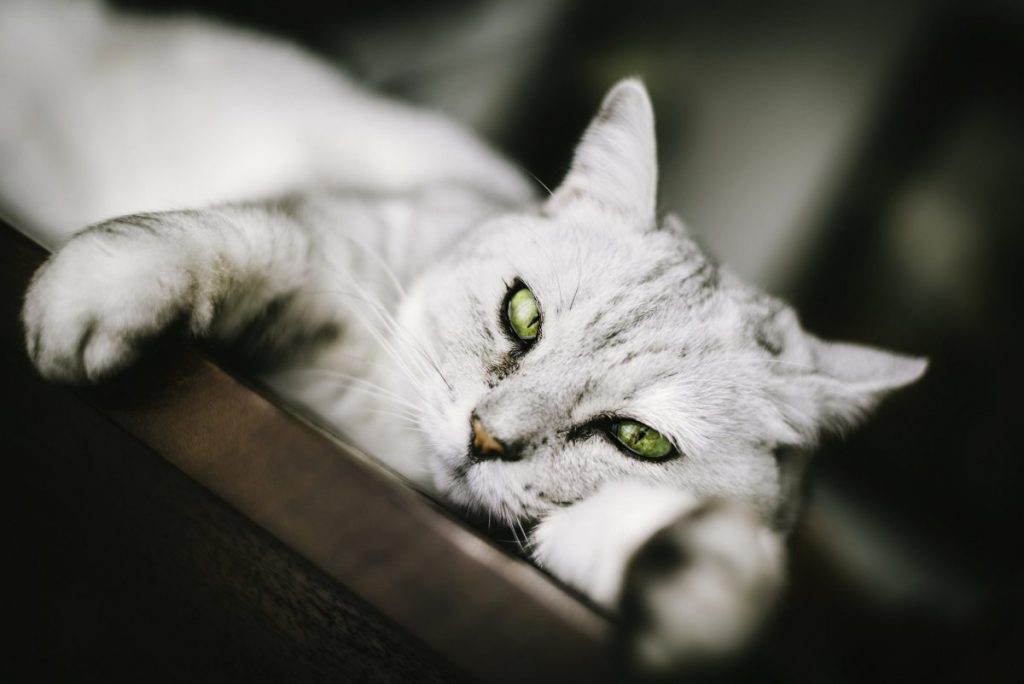 What are the Pros and Cons of Spaying?

The pros and cons of spaying both play off each other. For example, one of the pros of having your cat spayed is that she’ll have less chance of developing endometriosis. On the other hand, she might be at a higher risk of some cancers and infections. Similarly, like in dogs, having your cat spayed could cause her to gain more weight due to her needing less food than she used to. But placing those small cons from the pros against actual cons such as overpopulation due to unwanted litters and other cancers. 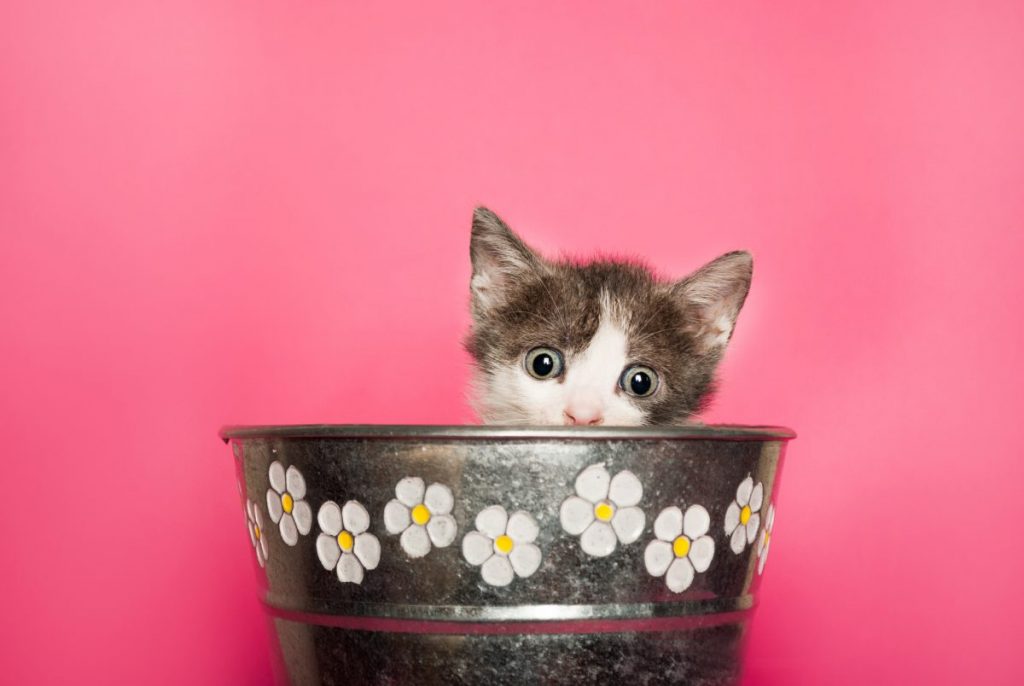 While we can’t know exactly what goes on in a cat’s head when she’s going through heat, we can guess. We can't say with any scientific knowledge that a cat experiences pain while she's in heat as humans do with menstruation. However, when you take into account some of the noises she makes, it's not difficult to imagine that the process is more than somewhat uncomfortable for her. 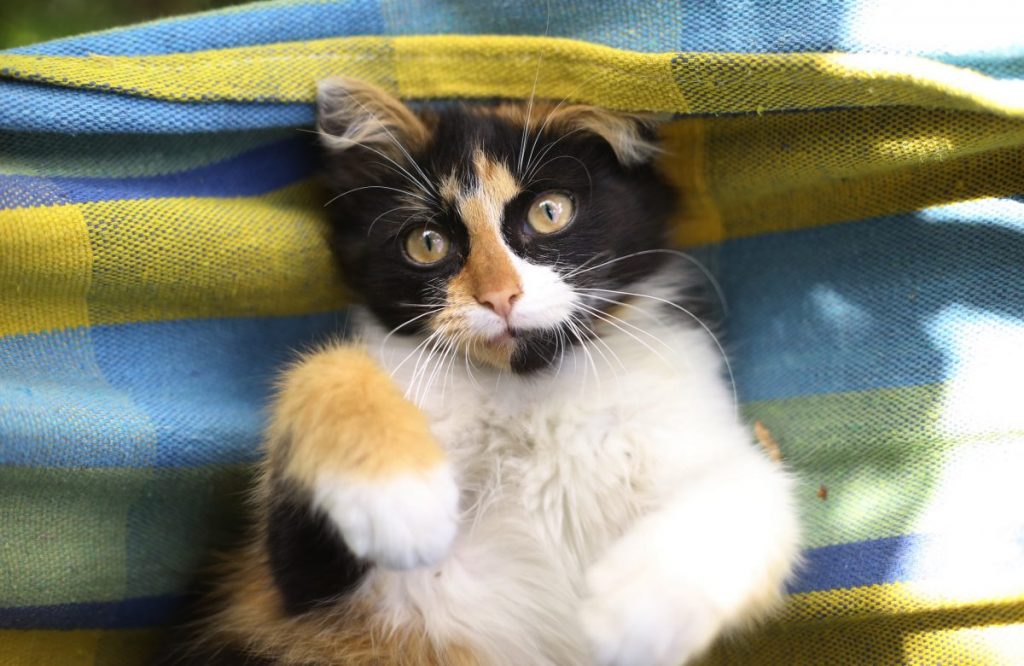 Do Cats Have Periods?

As in, do cats menstruate? No. Cats in heat shouldn’t experience any blood flow from the vagina. This is due to the fact that cats are polyestrous breeders. What this means is that they go into heat multiple times a year and can even stay in heat while she's pregnant. Although with that in mind, if your cat experiences a little spotting or bleeding, it should be no cause of concern to you or her. 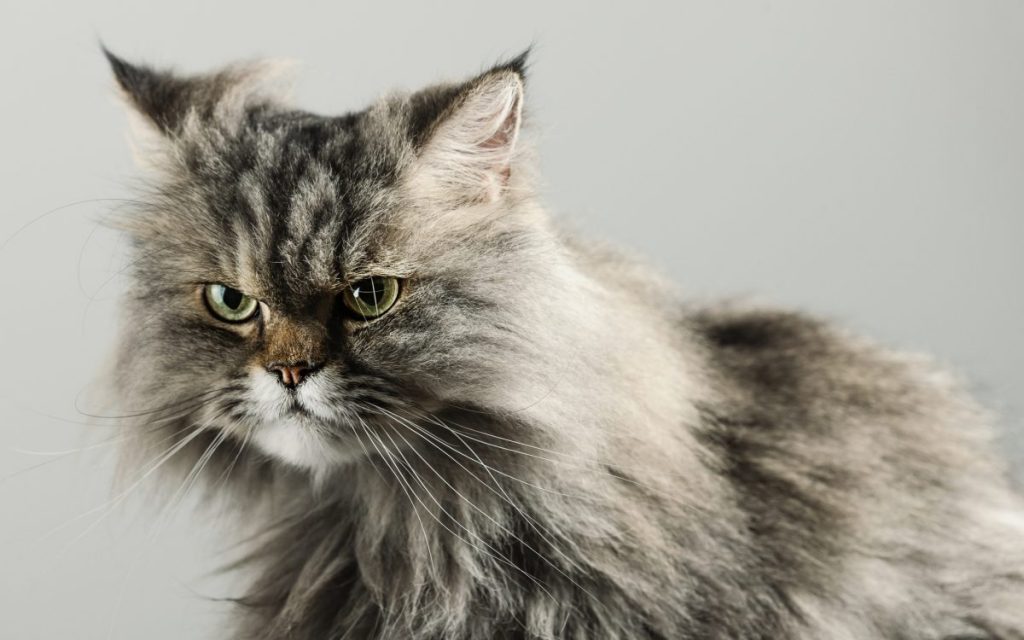