Everything You Need to Know About Canine Lyme Disease

Lyme disease is an illness that affects both humans and animals. It is a vector-borne illness, meaning a specific organism transmits infectious diseases between humans, or from animals to humans. The primary vector or organism that transmits Lyme disease is a bloodsucking insect called a tick. People cannot get Lyme disease directly from their dog. Although the disease was once limited to the Northeastern region, the West Coast, and the north-central states of the U.S., health officials have reported cases across the country.

According to the Centers for Disease Control, health officials report about 30,000 cases of Lyme disease in humans each year across the U.S. However; the CDC estimates the number may be closer to 300,000. The number of dogs that contract Lyme disease is harder to estimate. Between 50-75% of dogs in New England alone have been bitten by a tick infected with Lyme disease, according to research numbers. Canine Lyme disease doesn’t exhibit symptoms of the illness for weeks or even months after the infection. Unlike humans, however, the infection seldom causes life-threatening illness in dogs. Only about 10% will become seriously ill from the infection. 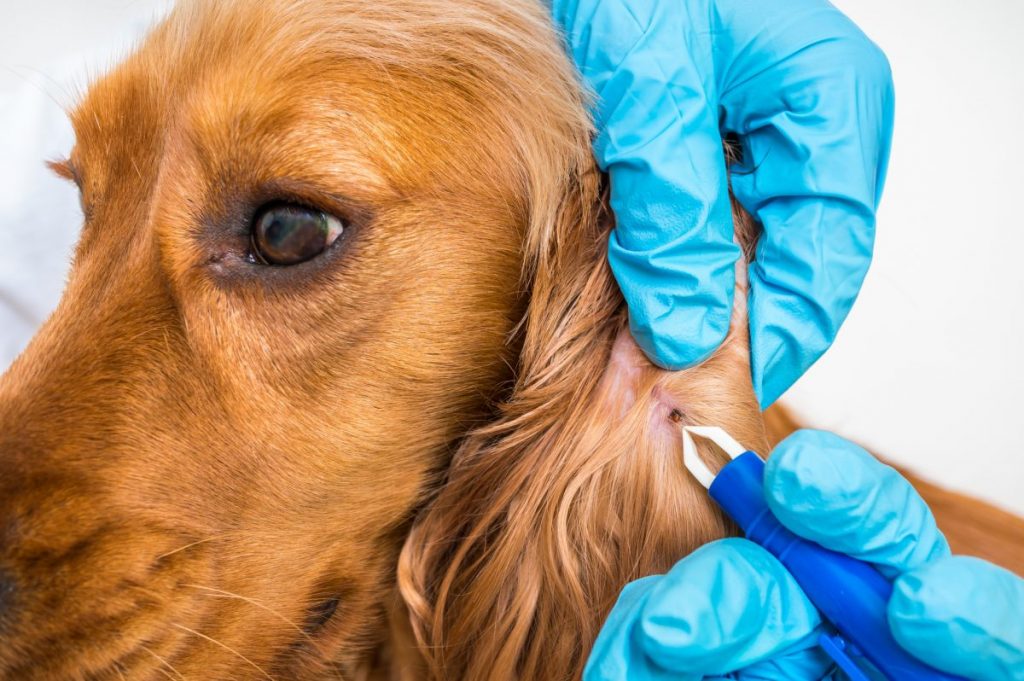