Everything About Old English Sheepdogs

When people think of shaggy dogs, the old English sheepdog often comes to mind. This may be because so many have appeared in popular media over the years, including The Little Mermaid, The Brady Bunch and in Archie Comics. Despite their fame, the breed is not as popular with owners, ranking 72nd in the American Kennel Club's 2018 list of most popular dog breeds. This is a shame, as with the right owners they are a great family pet.

Old English sheepdogs are classified as a herding dog. They are a large breed, growing to 21-22 inches high and weighing 60-90 pounds. Beneath their fluffy coat, they have a solid, square body. They are generally colored grey and white, but the white may also be coupled with black, grizzle and shades of blue. Although they reach their full height by one year of age, their bulk doesn't fill out until two or three and they often live until 12 or 14. 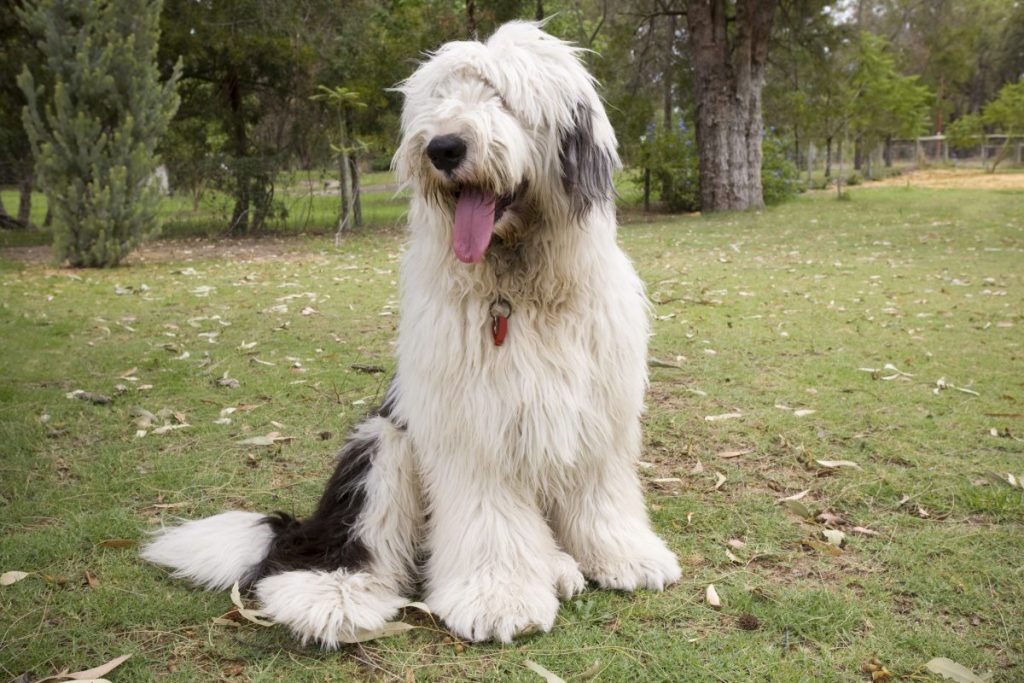 Old English sheepdogs are not actually all that old, having appeared in England in the 1700s. In addition to protecting sheep from large predators, the dogs had to drive sheep and cattle to market and developed an ambling, bear-like gait to cover long distances. Originally their tails were docked to show they were a working dog and not subject to the dog tax, which gave them the nickname "bobtails." 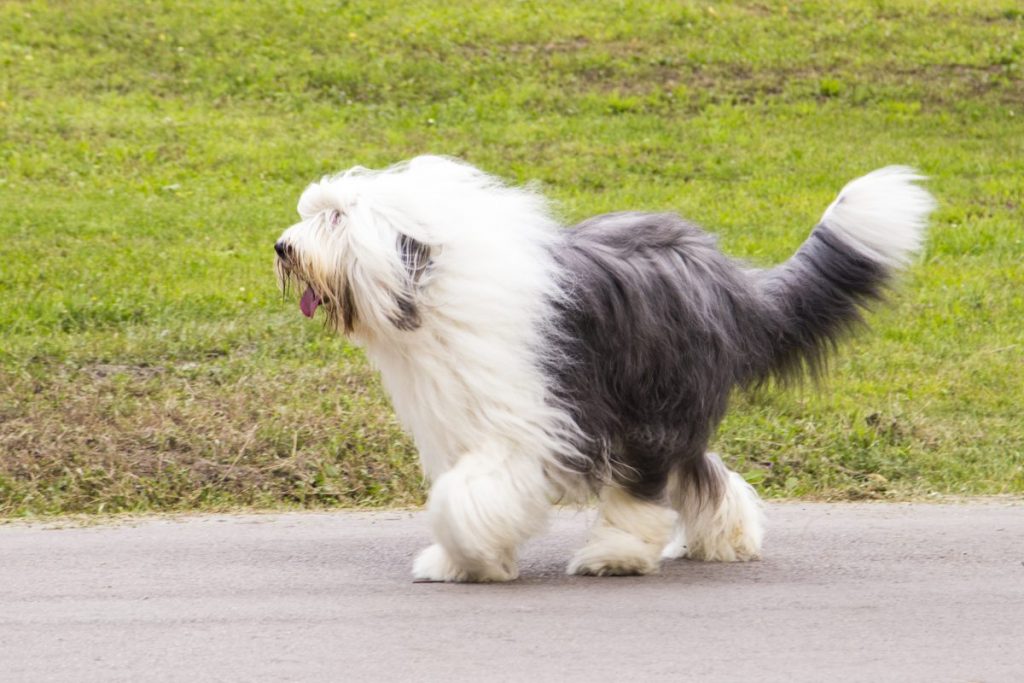 In general, old English sheepdogs are intelligent and independent. They are social, extroverted dogs and get on well with any visitors who come to the door. This does not mean that they make poor guard dogs. They can be protective as they were bred to guard and their resonant bark warns owners of intruders. They love playing and join in any activity, however, their large size and enthusiasm can make for rough play, so care should be taken around young children. 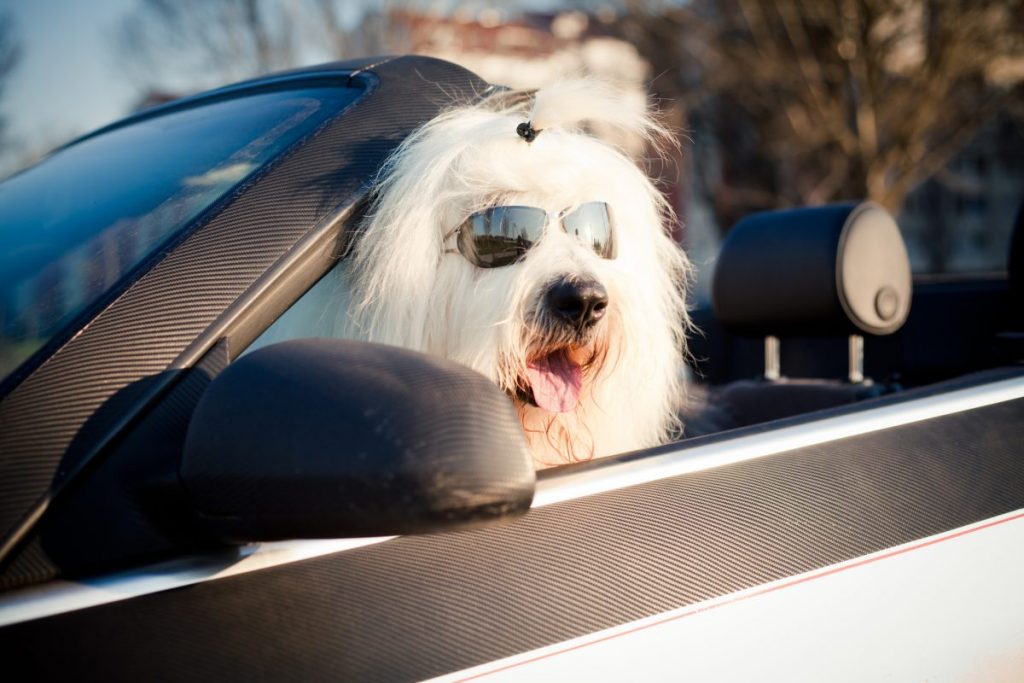 Like many purebreds, old English sheepdogs are prone to certain conditions. Of most concern is hip dysplasia, which is an abnormal hip formation. This can lead to arthritis and lameness, although many breeders screen parents for the problem before breeding. Other ailments owners should look out for include hereditary cataracts and progressive retinal atrophy. The breed also has a high incidence of thyroid disease. 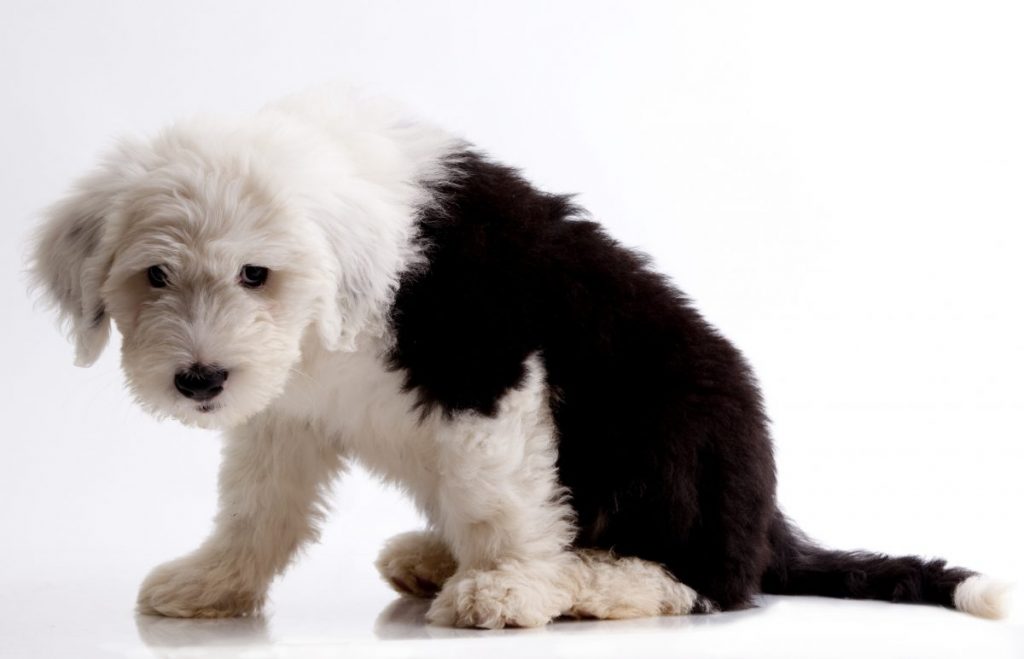 The old English sheepdog's long, double coat means their grooming requirements can be time-consuming. Their fur is prone to matting, which can cause skin problems. Puppies that are growing their coats in need daily brushing, while older dogs need to be brushed weekly. Some owners prefer to keep the dogs clipped and in the past, they were sheared at the same time as the sheep they watched over. Owners must also check to make sure nothing gets caught in their coats near sensitive areas like ears and feet. 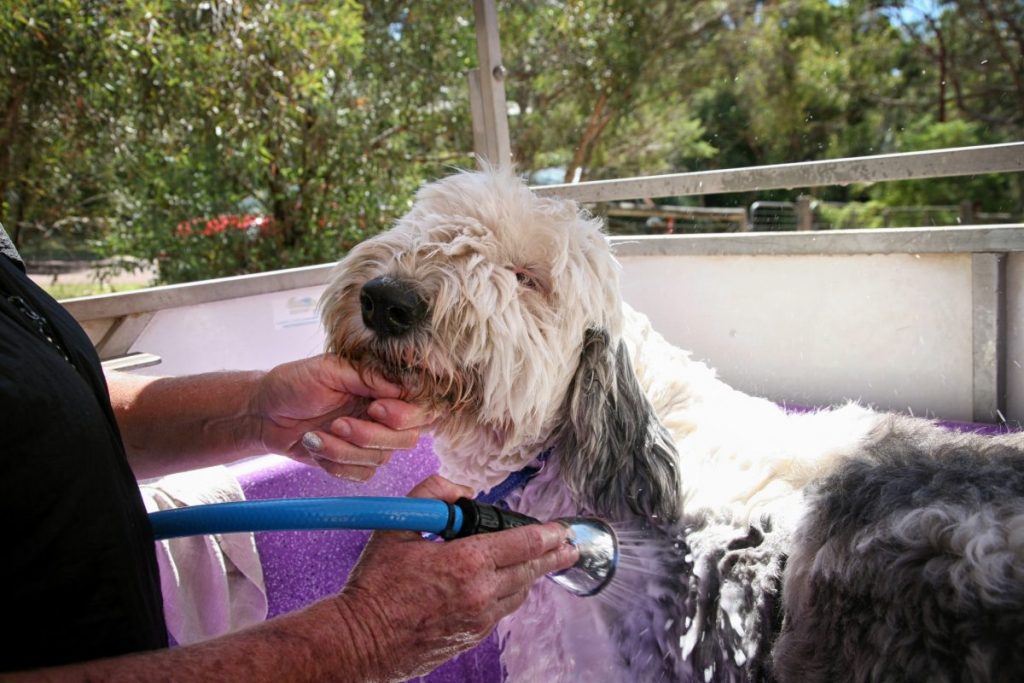 Like most working dogs, the old English sheepdog needs regular exercise. Owners should take them on daily walks and many also enjoy a game of fetch to burn off energy. Their intelligence makes them a perfect candidate for dog sports and it is not unusual to see them competing in dog agility or obedience competitions. This also gives them a task, which keeps working dogs happy. They are not always full of energy, though. When the time comes to go inside, they are happy to relax with their family. 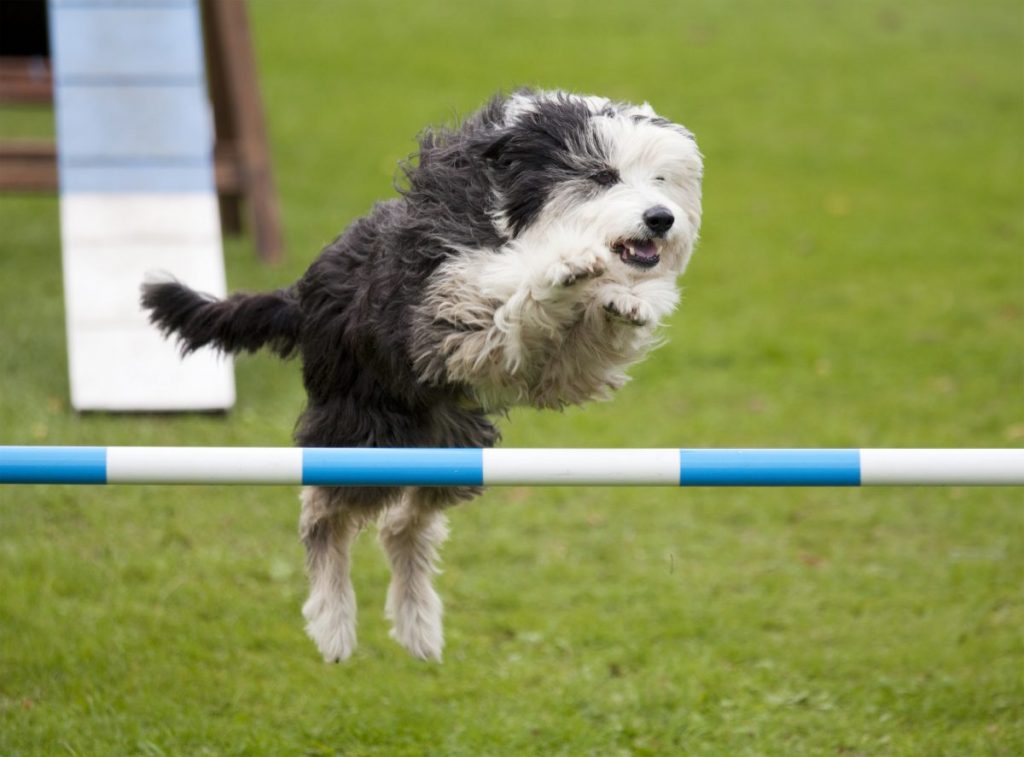 The old English sheepdog's intelligence and independence can make them stubborn, so it is important to begin training when they are still young. If they adopt bad habits as puppies, they continue to be naughty when they weigh 60 pounds and are covered in a thick coat of muddy fur. Thankfully, they do like to please their owner and respond well to positive reinforcement techniques. Like all puppies, they need to be socialized early in order to grow into a confident dog. 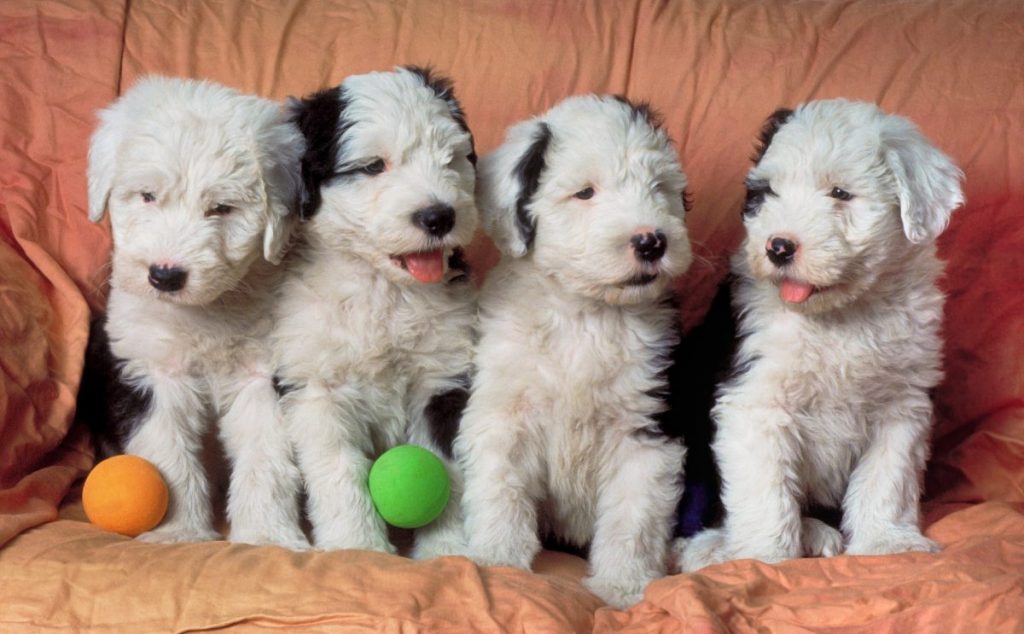 During their first year, old English sheepdogs need plenty of food to support their growth. However, once they are fully grown they have a relatively low metabolism. Owners should adjust their meals based on their level of exercise and the climate. Old English sheepdogs should be weighed regularly, as their shaggy coat hides any weight gain. They generally do well with high-quality dog food, whether it is home-prepared or purchased. 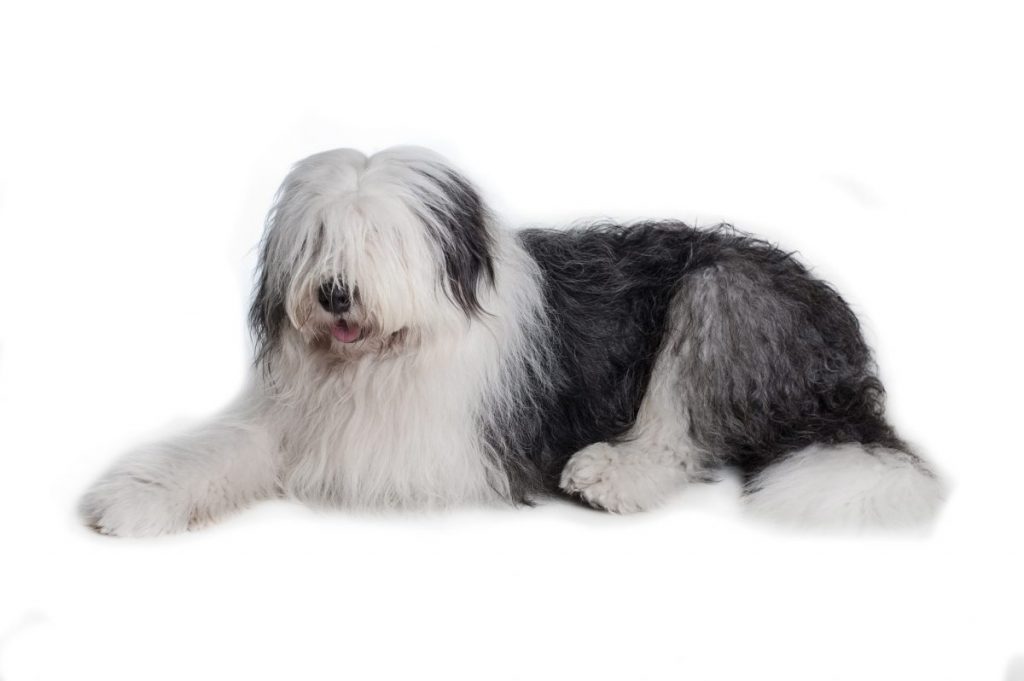 Living With an Old English Sheepdog

Old English sheepdogs love to be with their humans and are loyal to their families. As herding dogs, they are known to herd children through gentle bumps, so need to be watched when around smaller children. However, they are great companions for larger kids and if not fenced properly can follow children to school to make sure they arrive safely. Owners of these dogs need to prepare for a messy home as dirt, twigs and other debris clings to their coats and follows them inside. 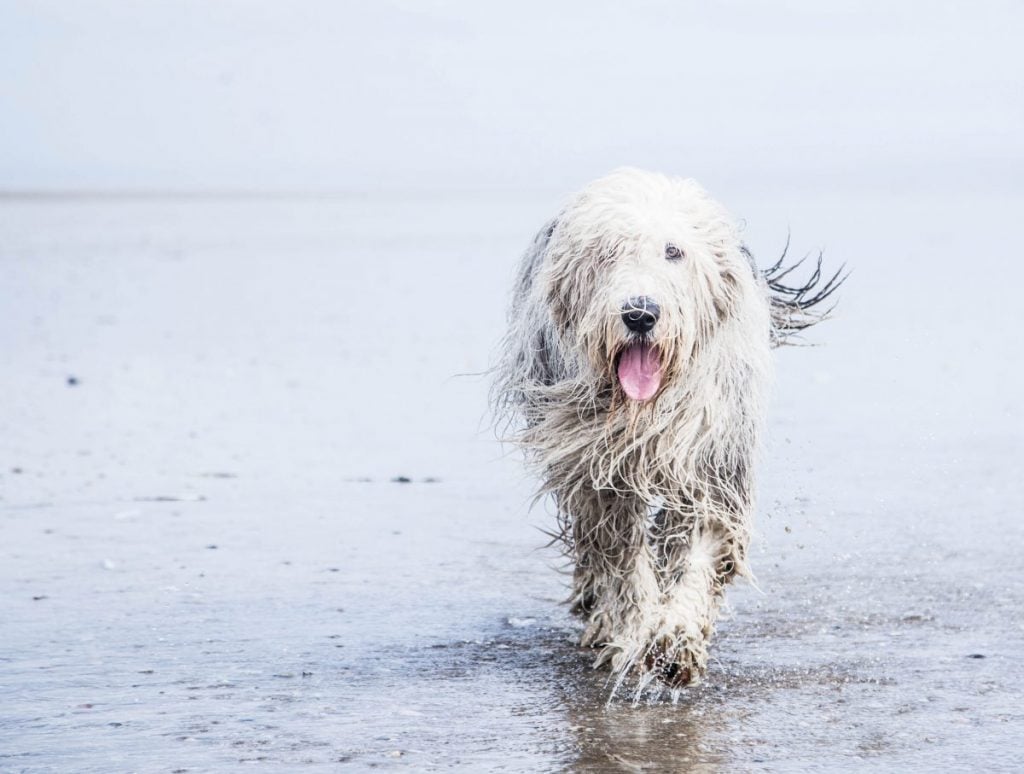 Who Should Own an Old English Sheepdog?

Old English sheepdogs are not generally recommended for new dog owners, as their intelligence can lead to stubbornness. They need a firm hand to grow into a well-behaved dog. Furthermore, they are also social dogs and should not be left alone for long periods of time. They get along with other pets and fit in well with families who love dogs with personality and have the time to manage their grooming and exercise needs properly. 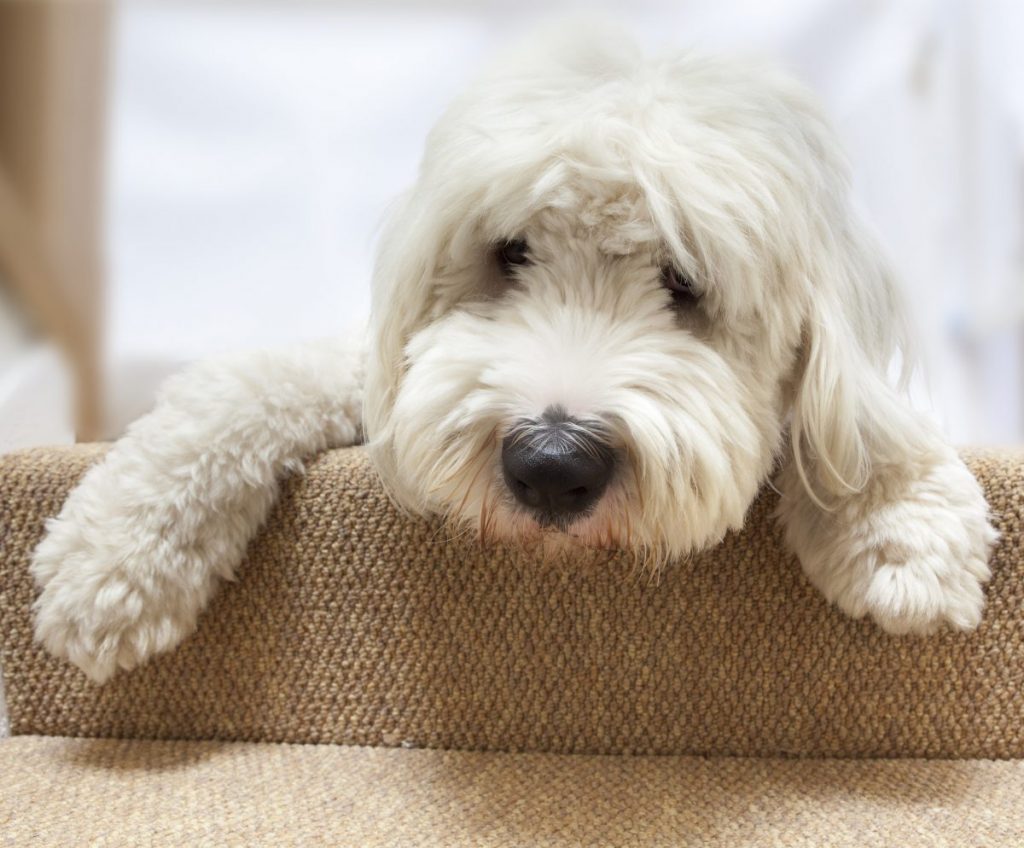