Ear Mites in Dogs: What Pet Parents Need To Know

Dogs have famously sensitive ears; whether they're demonstrating it by responding to sounds humans can't hear or just enjoying a good ear rub from their owners. That sensitivity can also put them at risk of a variety of infections and problems, including ear mites. While ear mites in dogs are usually fairly easy to treat, they are very uncomfortable and can even be painful, so it's important for owners to be able to recognize the signs of an ear mite infestation.

Canine ear mites are tiny bugs that are part of the arachnid family. They're somewhat closely related to ticks, although they're much smaller. Instead of feeding on blood like ticks do, they feed on the wax and oils that your dog's ears naturally secrete. The most common type of ear mite in dogs goes by the scientific name of Otodectes cynotis, which means "ear beggar of the dog" in English. 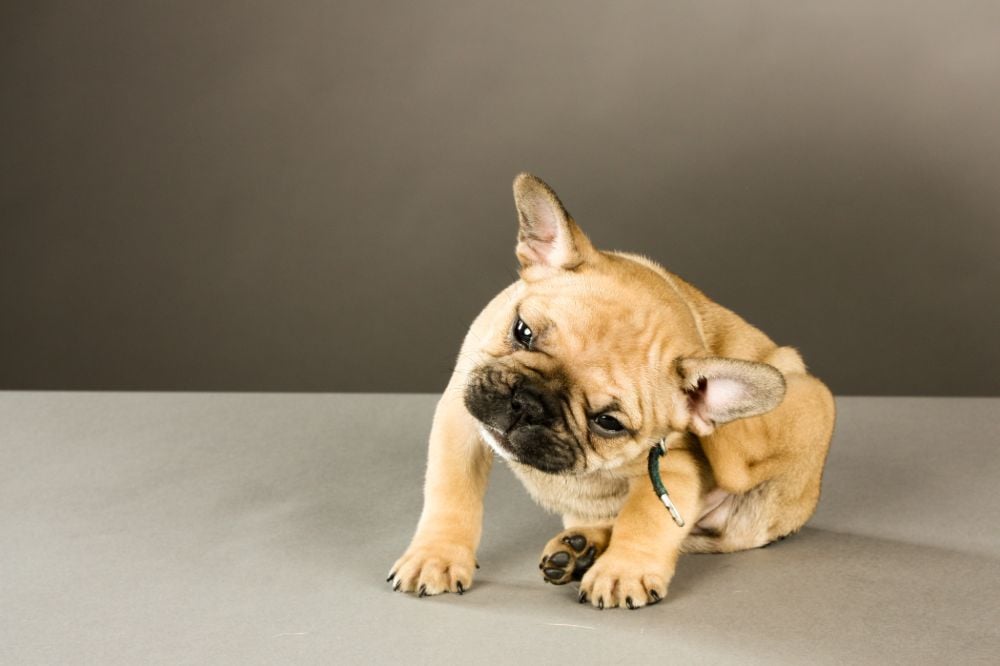 Ear mites are tiny, so most owners first notice that there's a problem when their dogs start scratching their ears frequently. Some dogs may even scratch so hard that the sensitive skin of their ears begins to bleed. Ear mites do not bite the skin, but they cause an unpleasant, constant itching sensation that makes dogs scratch and rub their ears whenever they can. 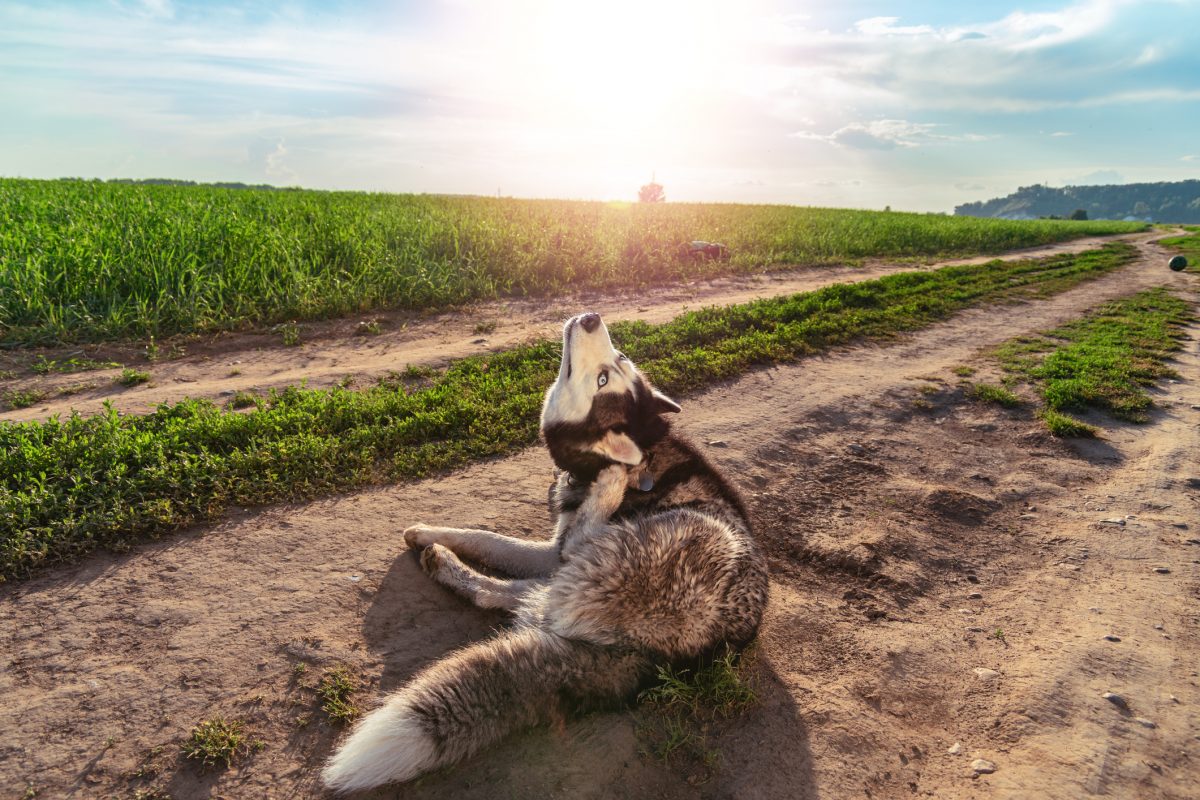 Since ear mites only feed on the wax and oils in the ear instead of biting the skin, they don't directly cause many symptoms other than itchiness and scratching. However, that degree of scratching often results in wounds and small abrasions to the ear, usually to the base. It can also cause bleeding inside the ear, so you may notice a dark, reddish-brown discharge from the ear. 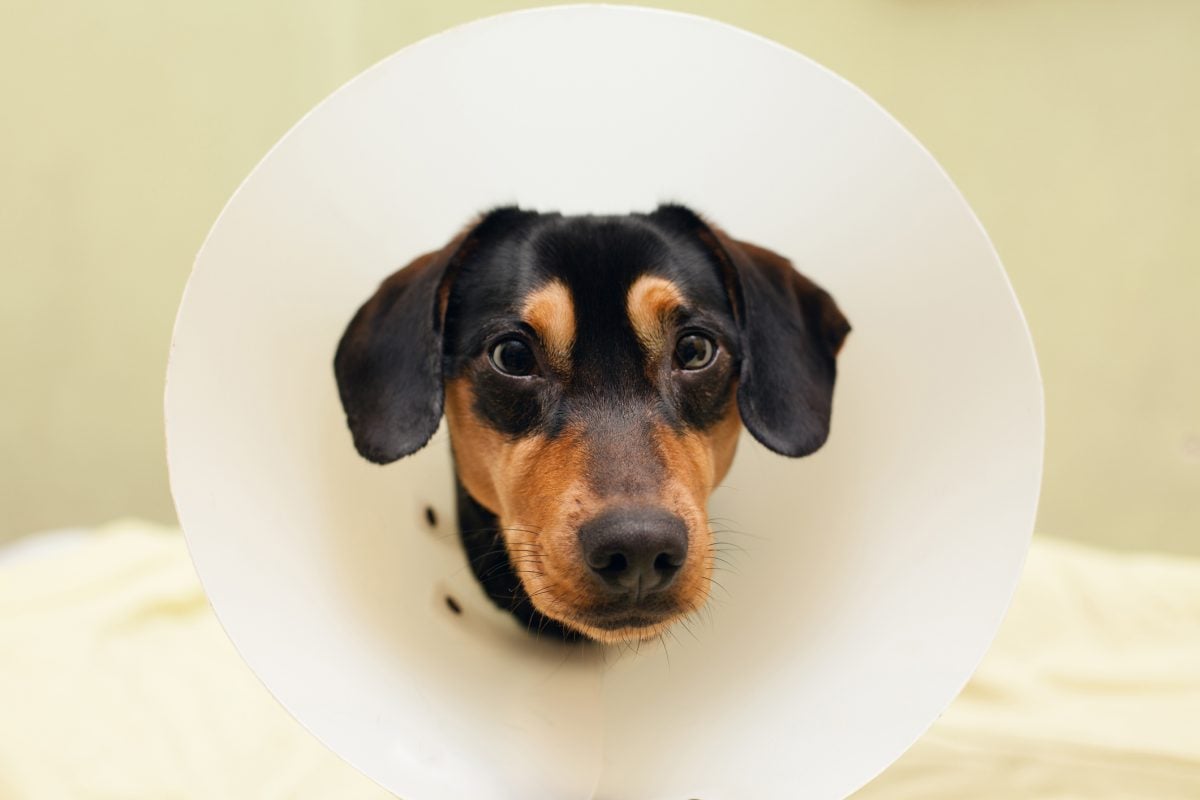 The causes of ear mites

Ear mites can affect any dog, regardless of age or health status. The most common way that dogs get them is simply from exposure to another animal. This is often another dog, but ear mites are opportunistic bugs and also enjoy snacking on cats, rabbits, and even wild animals, such as foxes. Sometimes ear mites will also wait in foliage for a short time after leaving a host, so dogs can pick them up just by running through the wrong place at the wrong time. 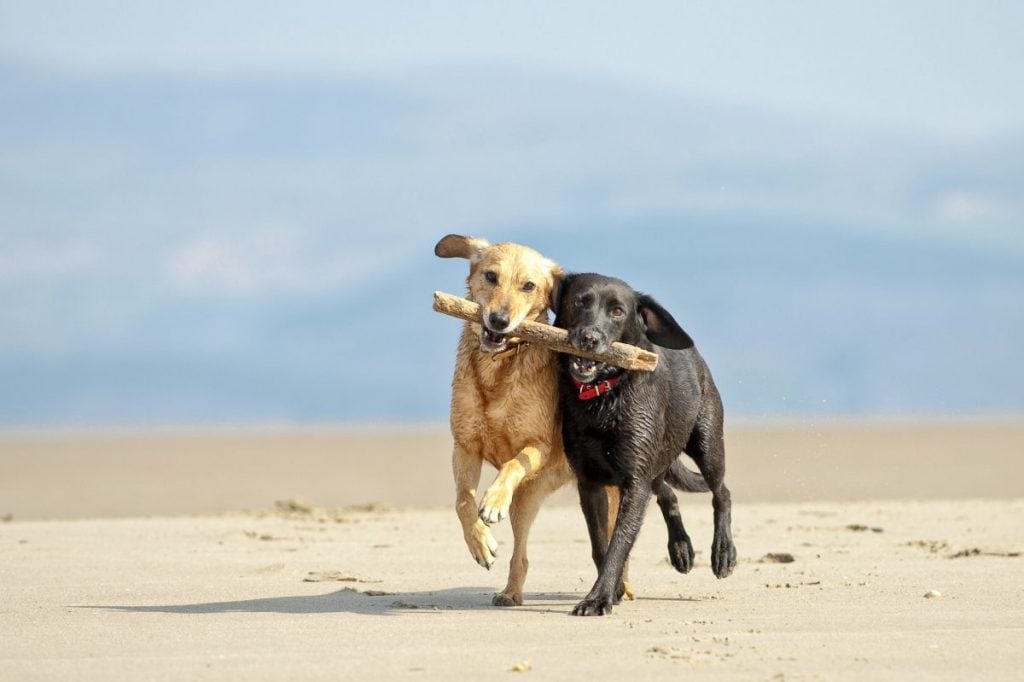 If you notice the symptoms of an ear mite infestation in your beloved pup, you may be tempted to begin treatment right away. However, there are numerous issues that can cause similar symptoms, so it's important to have a veterinarian diagnose your dog. The diagnostic procedure is quick and easy in most cases. Your vet will simply examine the affected ear with an otoscope, a specialized tool for getting a close-up look at the ear canal. Ear mites are big enough to be easily visible in the magnified view it provides. 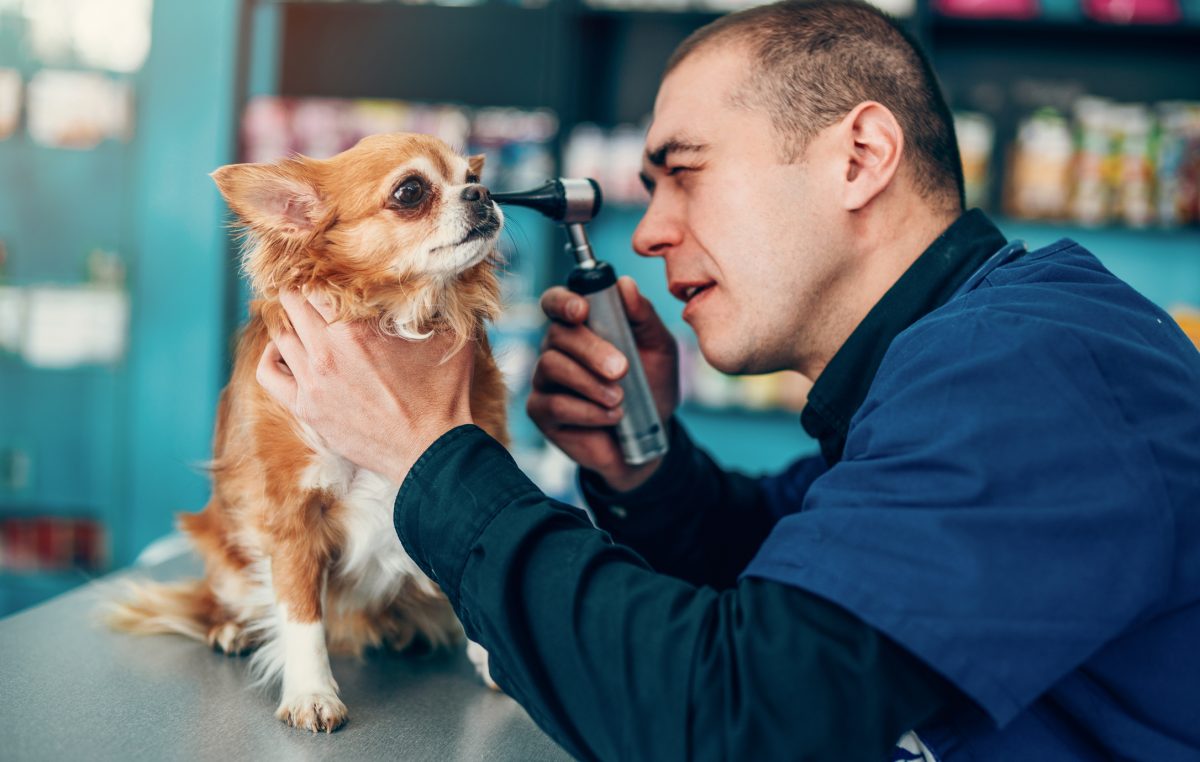 Treatment for ear mites is generally simple, effective, and often inexpensive. First, the veterinarian generally flushes out the ear using sterile fluids. This gets rid of the majority of the mites. Then, the vet applies anti-parasite drugs to the affected area. In most cases, your vet will also send you home with prescription ear drops to ensure the infestation is wiped out. 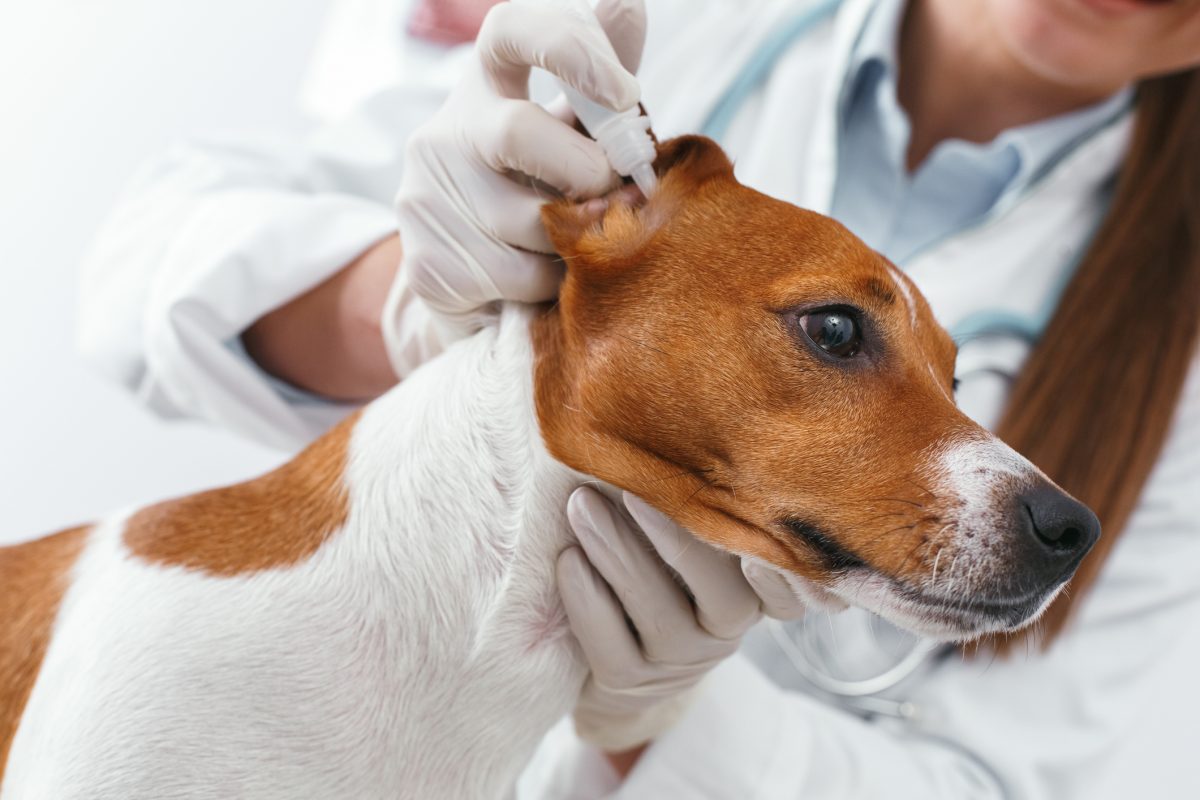 Can humans get ear mites?

Ear mites can travel easily between many species, so you may be worried about getting it yourself. Don't fret, though. While ear mites can infect humans in theory, there are virtually no documented cases of that happening. If your ears are feeling itchy after learning your dog has mites, it's probably just your imagination. 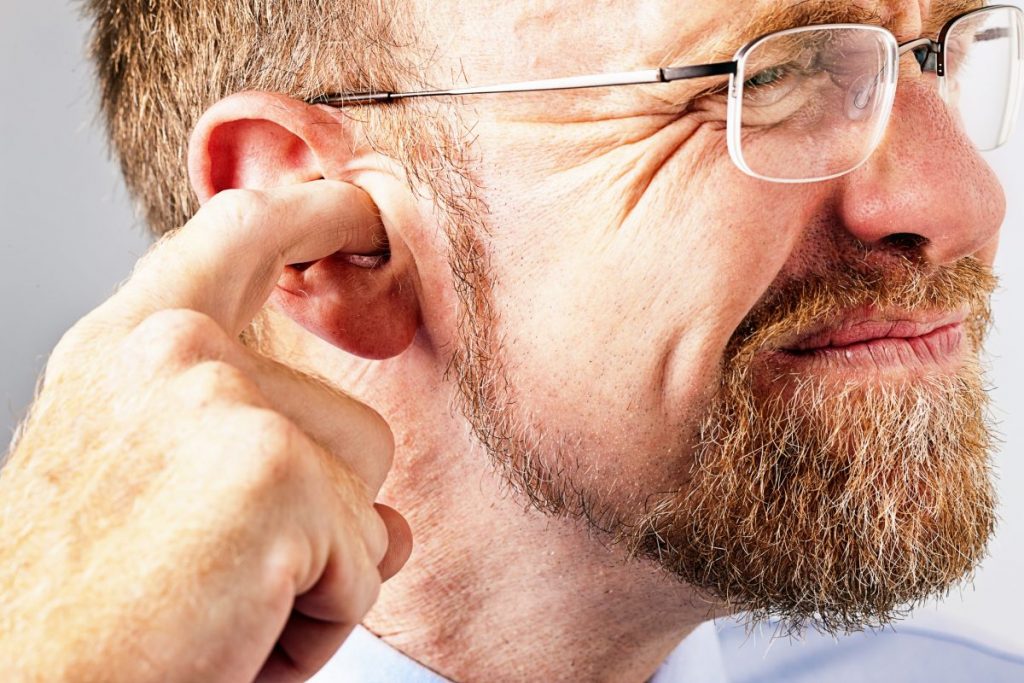 Ear mites in dogs can resemble other common ear problems. Simple bacterial ear infections or yeast infections can also result in similar discomfort. Sometimes dogs get a physical irritant, such as a foxtail embedded in the ear, and that can also cause scratching and head-shaking. Ticks, fleas, and other common parasites can also cause problems that resemble ear mites. 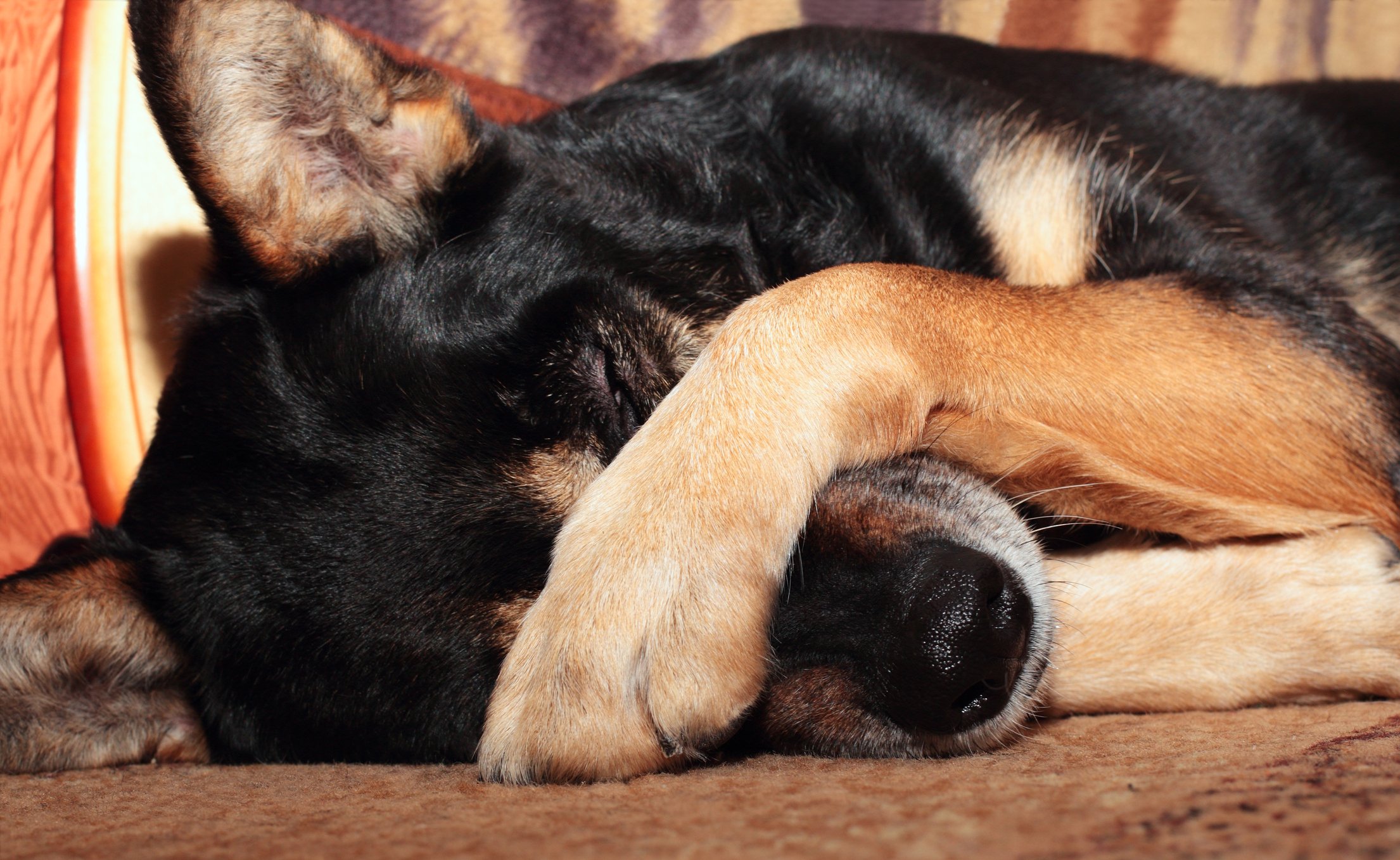 The good news is that ear mites are usually very easy to treat. A short course of common, inexpensive topical drugs is usually enough to root out the infestation. However, if you have multiple animals, be sure to get them all examined by a veterinarian even if they aren't all showing symptoms. If there's a hidden population in your pet cat's ears, your dog may become reinfected. 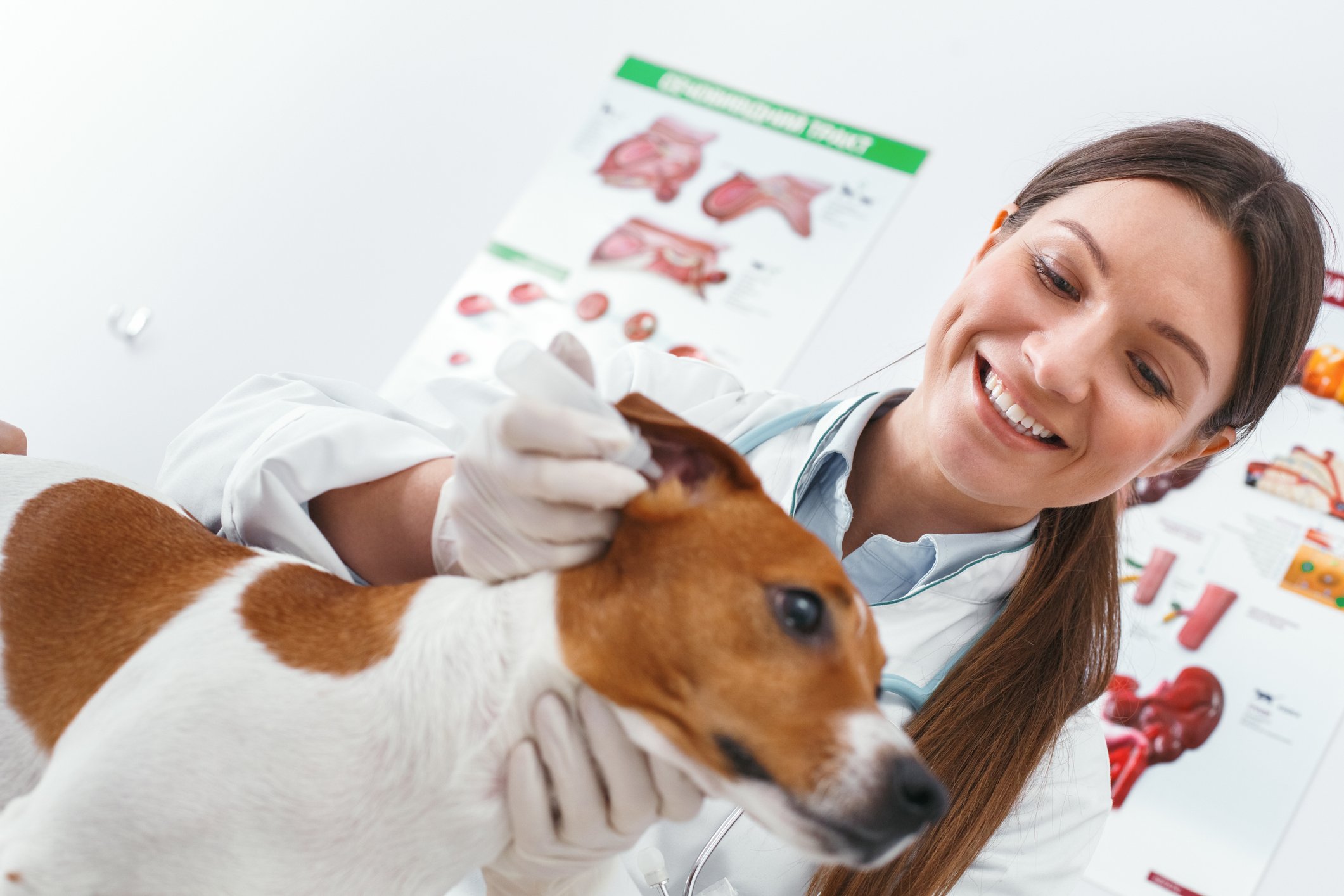 Ear mites in dogs are highly contagious, so it's impossible to completely prevent them. However, regular ear cleaning can help prevent mites from establishing themselves in your dog's ears. Topical anti-parasite treatment, such as topical flea and tick treatments, have also been shown to deter ear mites. If you know or suspect another animal has mites, keep your dog away from it. 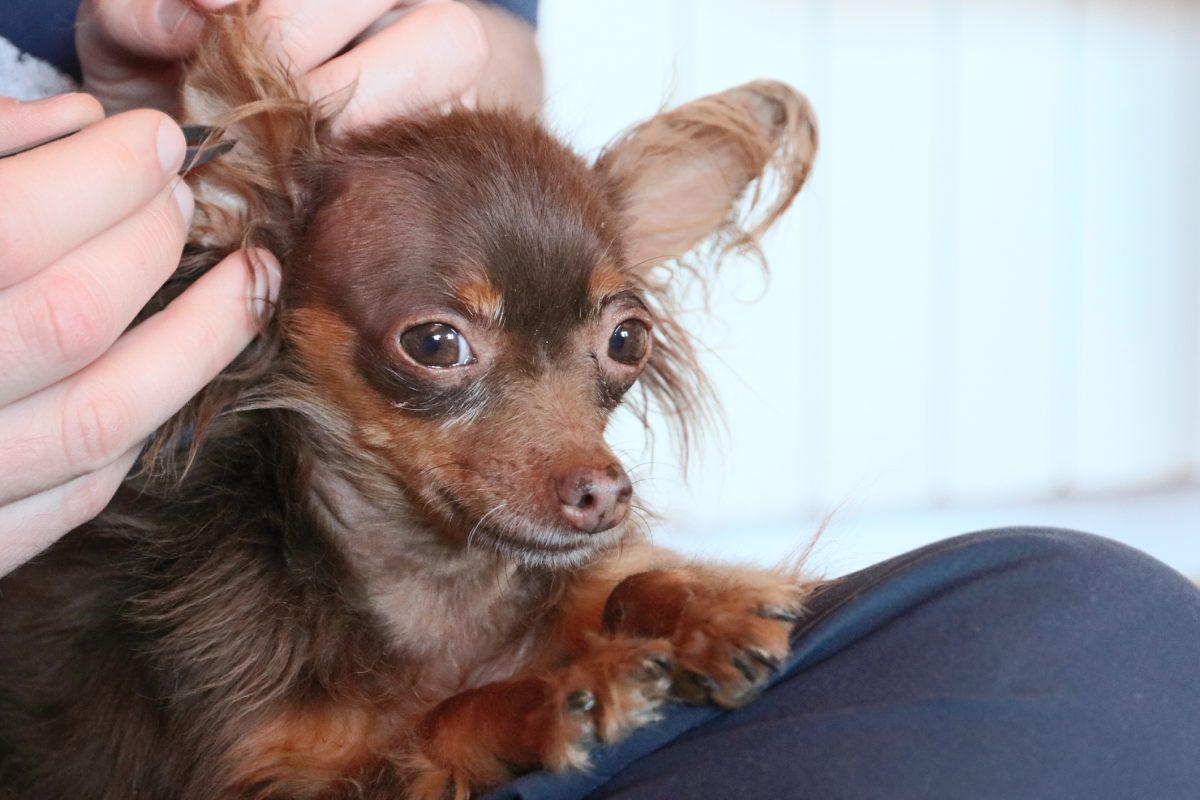