Some dogs look like wolves; others resemble foxes. Most people know that wolves and foxes share common ancestors with canines. But some dog breeds resemble bears, and they share more than just physical features. It’s not just the shape of their snouts or their thick, furry coats. Certain large breeds not only have a unique bear-like expression on their faces but also move their bodies in a way that reminds us of bears. Scientists say the reason for this is that bears and dogs have a common ancestor dating back about 45 million years called the miacid.

If there was ever a dog that looked like a bear, it’s a Chow Chow. Their small ears, short muzzles, thick coats, and small, almond-shaped, intense eyes are similar to a bear’s. If you look at a Chow’s face, you get the impression that they are scowling. But Chows are peaceful, calm dogs with a dignified personality. You’ll see them with rough or smooth coats of black, red, blue, or cinnamon. The cream-colored Chows may remind you more of a polar bear. 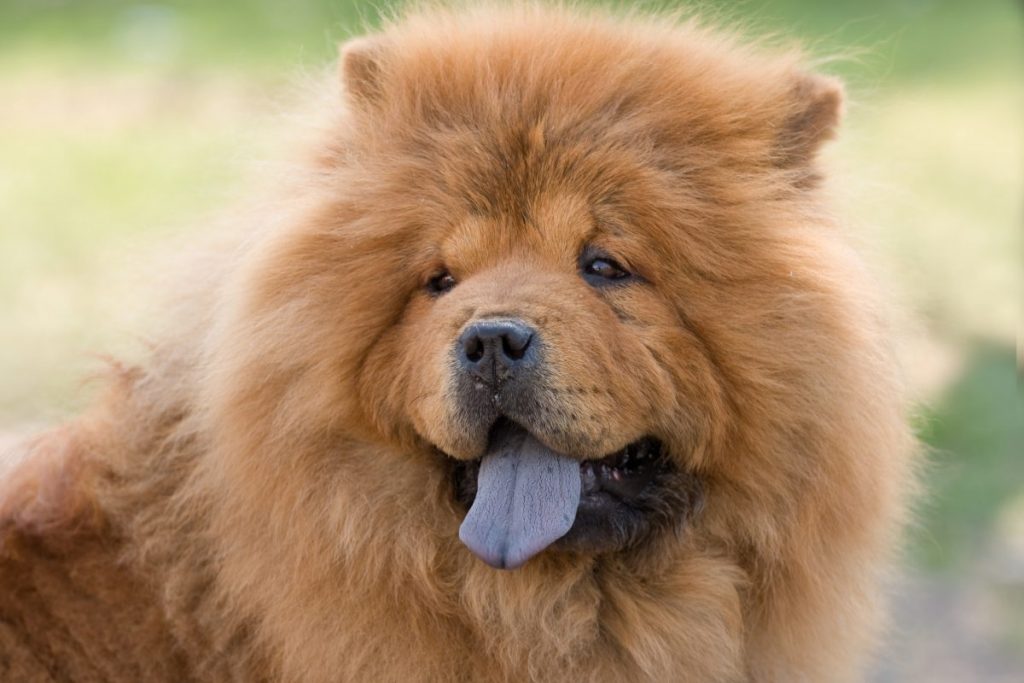 This ancient breed has guarded the Himalayas for millennia and are the predecessors to the modern mastiff breeds. Like bears, they have large rounded bodies, broad muzzles, thick, coarse fur, and a solemn, noble appearance. The Tibetan Mastiff grows to about 26 inches at the shoulder and weighs about 100 pounds when fully grown. Despite their large, bulky appearance, these dogs are extremely agile. They don’t shed, but lose their coat only once each year. On first glance, Tibetan Mastiffs are quite intimidating, but those who own them say they are loyal, affectionate dogs and great cuddlers. 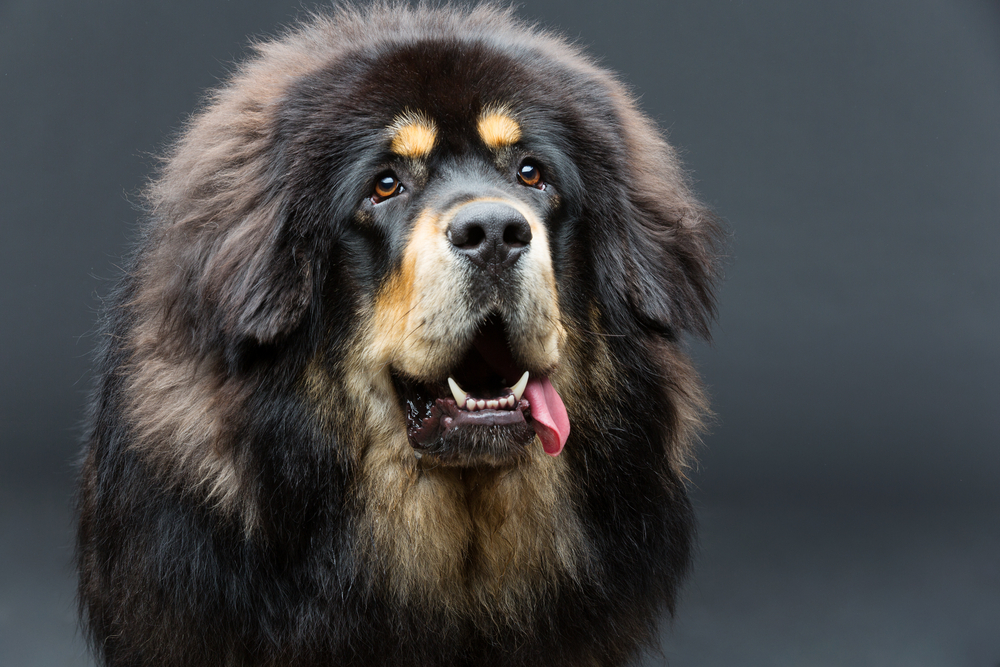 For more than 1000 years, the Akita has served as both a protector and a loyal companion. When humans relied on bows and arrows to hunt, the Akita was a fearless partner who helped track down and kill large game like bears and boars. Japanese Samurai chose the Akita to guard their homes and the Emperor’s palace in the Middle Ages. The royal family forbade ownership of the Akita outside of their sovereign circles, making it so only the royal family could have Akitas. With their thick and durable coat, broad head, and round face, it’s no wonder people compare them to a bear. Their temperament and behavior are also similar to bears. Akitas are independent, protective of their territory, and may be intolerant of other animals. 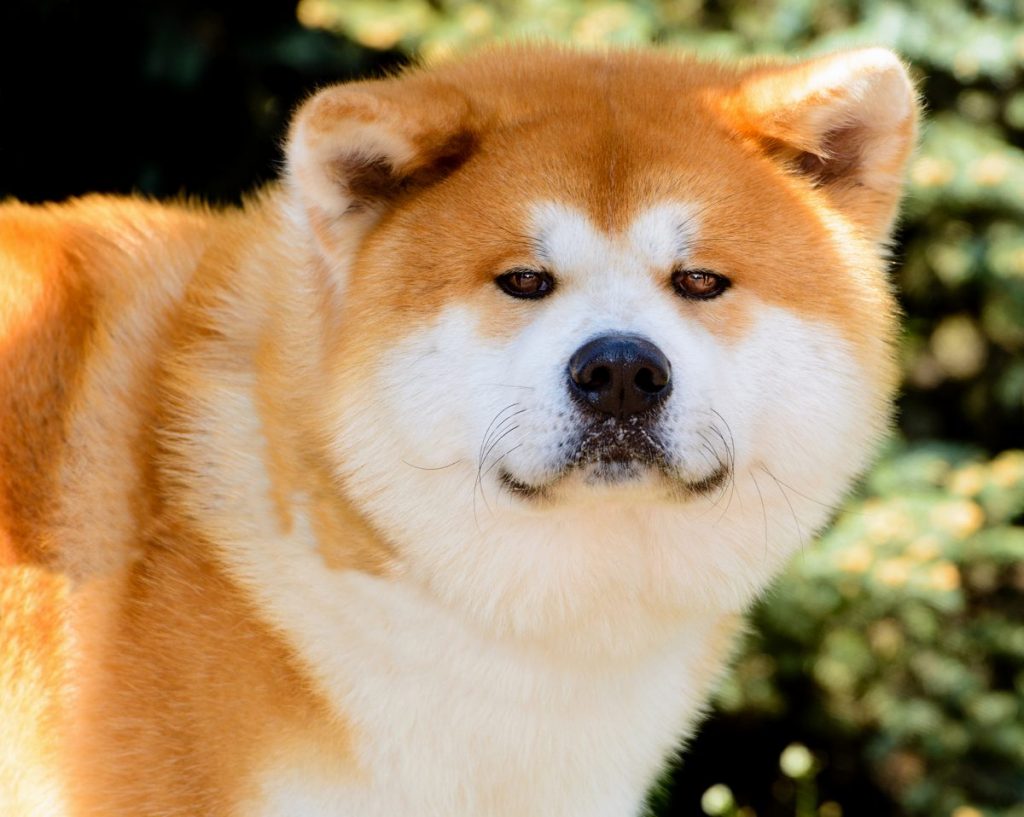 This curly-haired dog may remind you more of a teddy bear than a bear when you look into its eyes. But once you observe them in their daily tasks, you’ll see how their robust and heavy-boned appearance resembles a bear. The Bouvier is a highly intelligent dog who is extremely versatile and has an intense work ethic. They thrive in activities requiring physical capabilities from herding duties, to canine sporting events, to guarding over their territories. Not surprisingly, these dogs also assisted the military forces in both World Wars. Their strong-willed attitude is similar to a bear’s as well, yet they are affectionate and loyal towards their human companions. 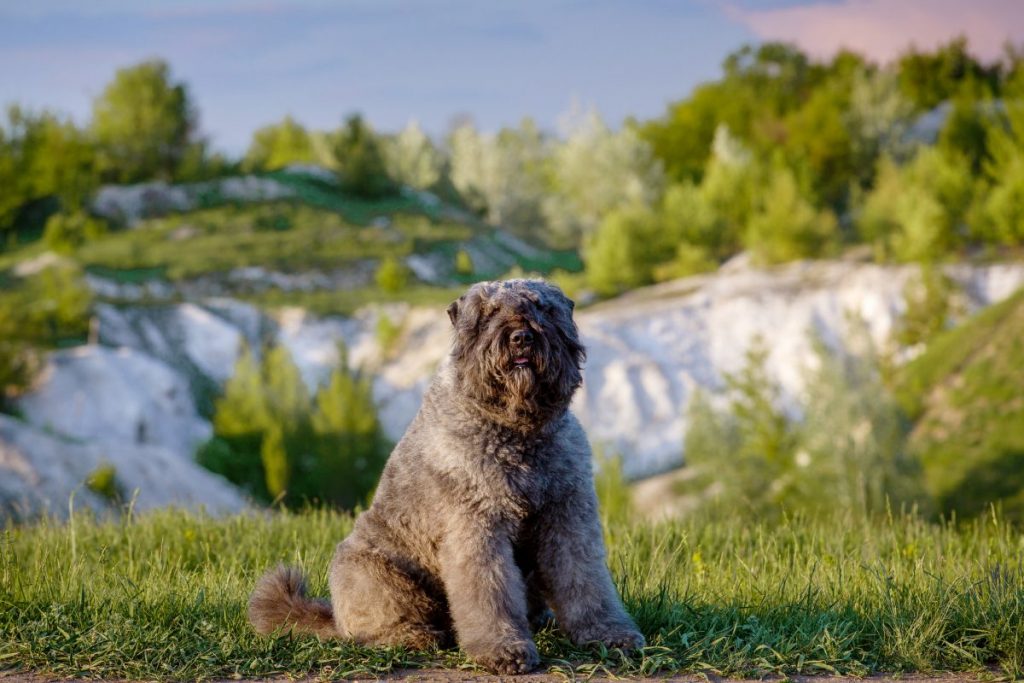 Fearless and self-confident, these dogs are predator deterrents. First-century historical accounts indicate that troops of the Armenian tsar, Tigran, fought alongside the Caucasian Shepherd. This breed, also known as the Caucasian Ovcharkha, is a physically powerful dog, who has a strong fondness for its humans. These dogs have sharp hearing and excellent sight capabilities and may weigh up to 200 pounds when fully grown. A Caucasian Shepherd resembles a bear from birth, with its bright eyes and barely visible ears hidden beneath tufts of soft fur. Their coats are thick and dense, with longer fur around the neck and tail, adding to their bear-like appearance. 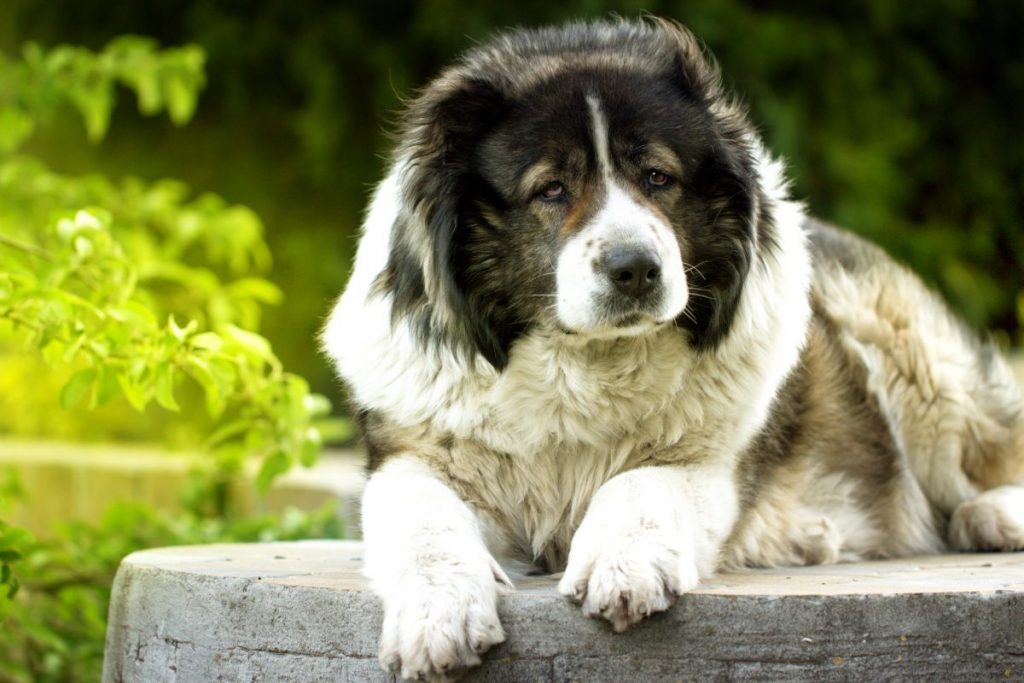 Although it looks like a big bear, people treasure the Newfoundland for its sweet temperament. When Lewis and Clark made their journey across the American continent, a Newfoundland named Seaman journeyed with them. These dogs love children, and they’re excellent guardians and playmates. Numerous accounts tell stories of these canines going to extreme lengths to rescue their family members. The average size is about 120 pounds, but Newfies may get up to 160 pounds. Some of their weight is likely due to a heavy coat, which may be black, brown, gray, or black-and-white, although there are some variations. 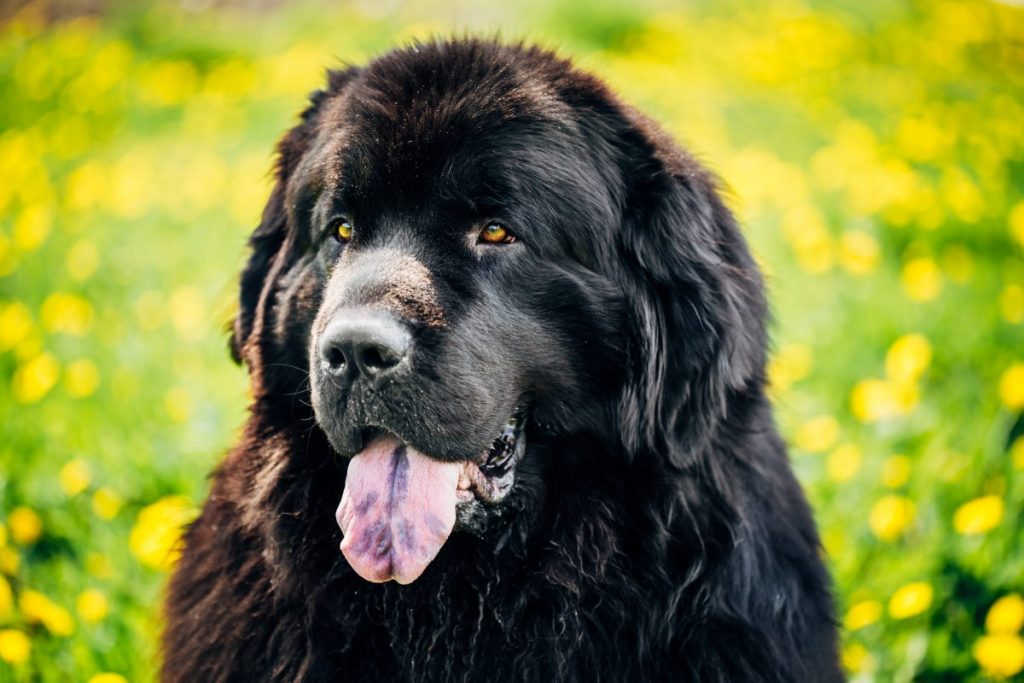 Consider a bear hanging out in the house, and you’ll understand what it may feel like to share your home with a St. Bernard. These gentle, yet often clumsy giants love their families. They may accidentally knock down a toddler or two during playtime, but families love the “nanny” instincts of the breed. Their massive head, wrinkled brows, short muzzles, and alert eyes give them a similar appearance to their long-lost cousin, the bear. The Saints’ have a long, respected, and well-documented history of being a steadfast and capable rescue dog. 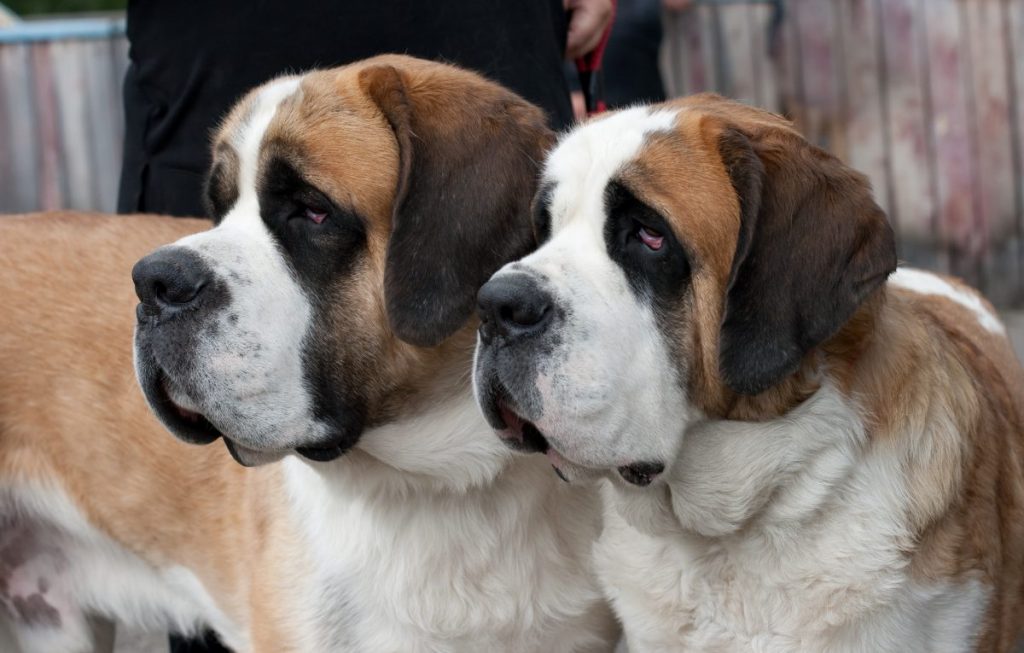 Like other members of the Spitz family of dogs, young Eurasiers have a strong resemblance to bears, but smaller ones. Owners enjoy the breed’s calm, even temperament. This is a fairly new, medium-sized breed in comparison to other bear-like dogs. Today’s Eurasier breed came into existence in 1972 after crossing a Chow Chow with a Wolfspitz, then breeding a Samoyed into the line. A dark face mask intensifies its somewhat serious expression. Their intelligent and confident nature make them excellent companions. 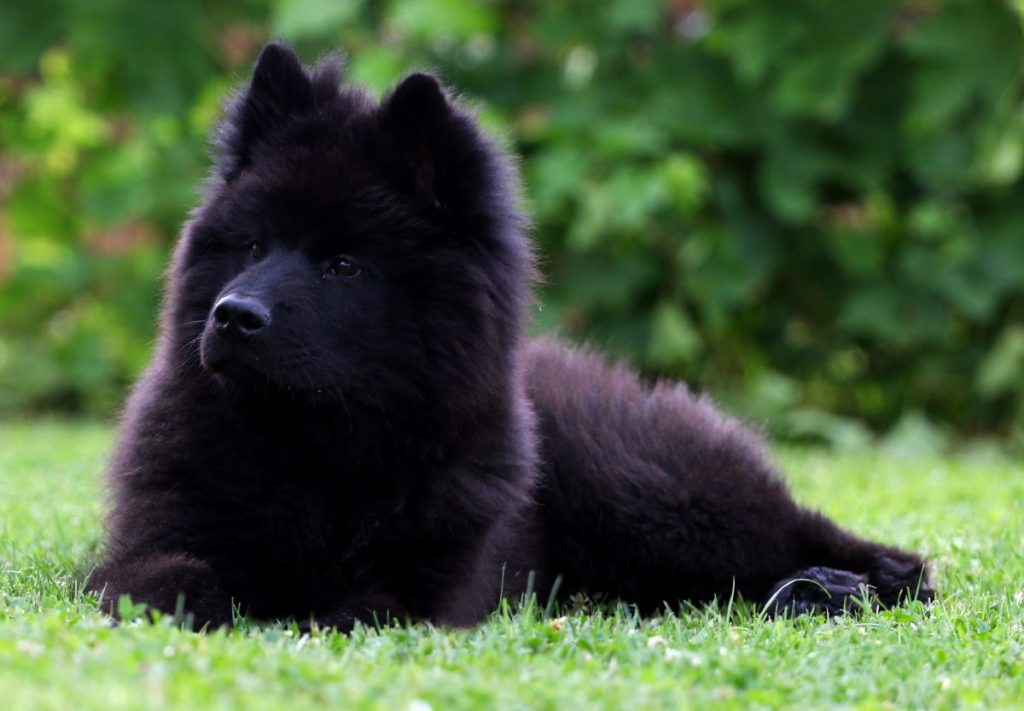 The Maremma Sheepdog looks like a polar bear from a distance. Its thick white coat and intense black eyes are similar to a bear’s which contribute to its stately, noble appearance. Livestock owners developed this breed to guard their herds in the Abruzzo and Maremma regions of Tuscany and Lazio. The American Kennel Club doesn’t recognize the Maremma as an official breed, but both the United Kennel Group and the UK Kennel Club do. The Maremma is a muscular, intelligent dog that farmers and ranchers have bred for centuries to protect herds and flocks from wolves. Although affectionate with family, the Maremma is wary of strangers and very protective. 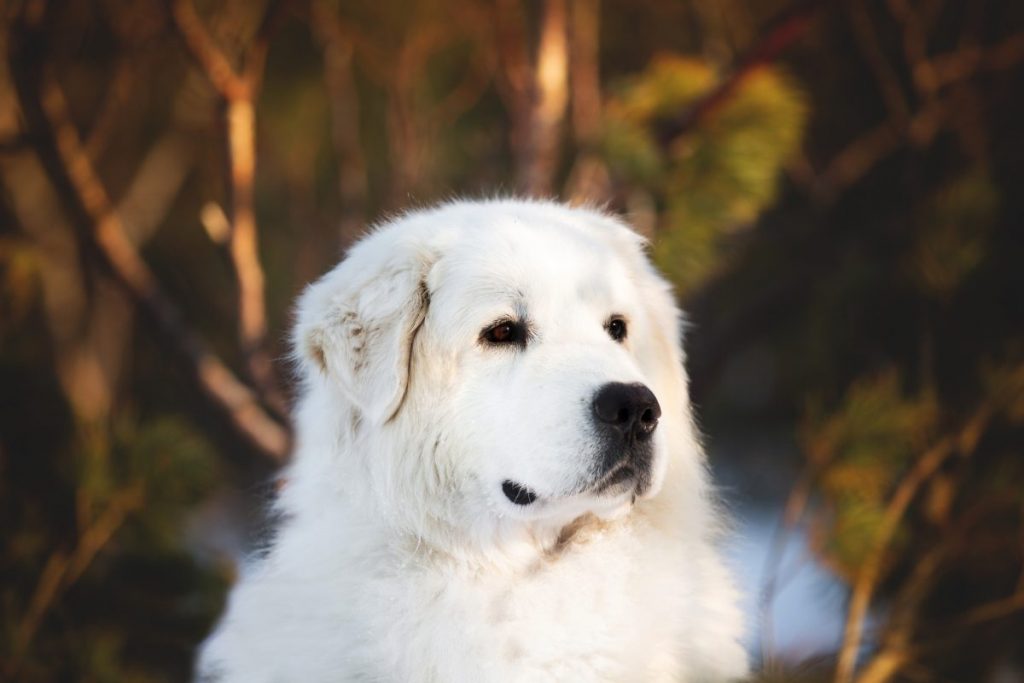 If you’re looking for a big, cuddly, bear-dog with giant bear paws, look no further than the Sarplaninac, a Yugoslavian shepherd dog. Originating in Macedonia, breeders sought to create a dog with fearless guardian capabilities. Sarplaninac owners share stories of these brave dogs fighting off wolves, bears, lynxes, and other predators who prey upon the herds of livestock they watch over. Socialization is key for them to become a great companion dog. The Sarplaninac is very independent and can work herds for extended periods without human guidance. Adult males can weigh as much as 99 pounds. Due to their protective instincts, it takes a while for this large herding dog to warm up to strangers. It’s thick; dense coat may be rough or smooth. 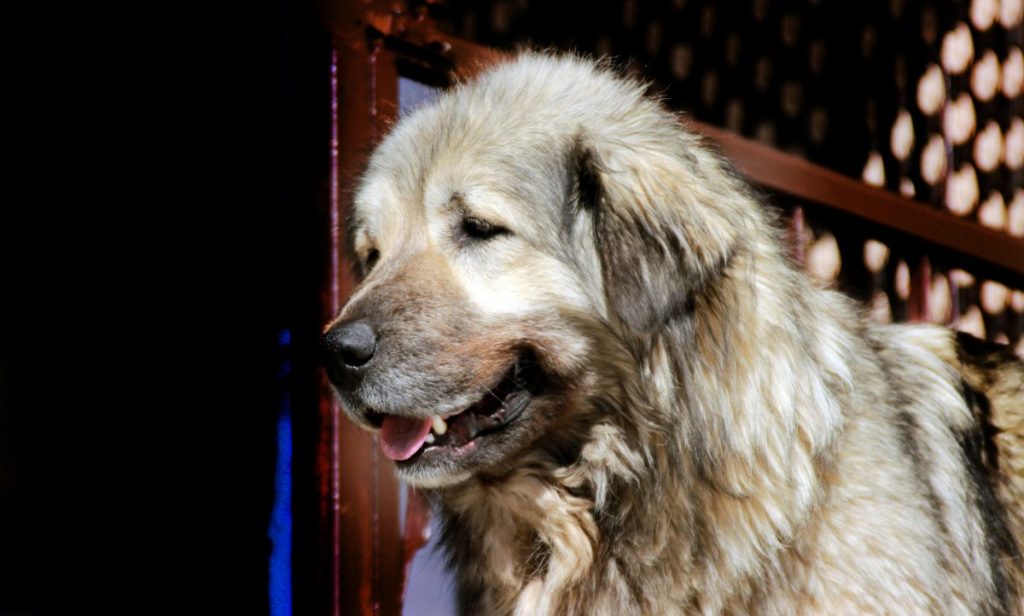