Does the Brittany Spaniel Make a Good Family Pet?

First bred in the Brittany region of France, the Brittany spaniel has existed since the 17th century. French hunters relied on this breed to track down several types of birds, including pheasants and ducks. Peasants also valued this breed for its versatility.

In the early 1930s, the Brittany spaniel arrived in the United States, and the breed was added to the American Kennel Club (AKC) registry within three years. Due to changes in American breeding practices, the AKC shortened the official breed name to Brittany in the early 1980s.

The breed is known for its floppy ears, wedge-shaped skull, tapered muzzle, and sloping shoulders. In terms of coat color, the Brittany spaniel is usually orange and white or reddish-brown and white. Some dogs also have ticking, a spotted pattern that appears in white sections of the coat. 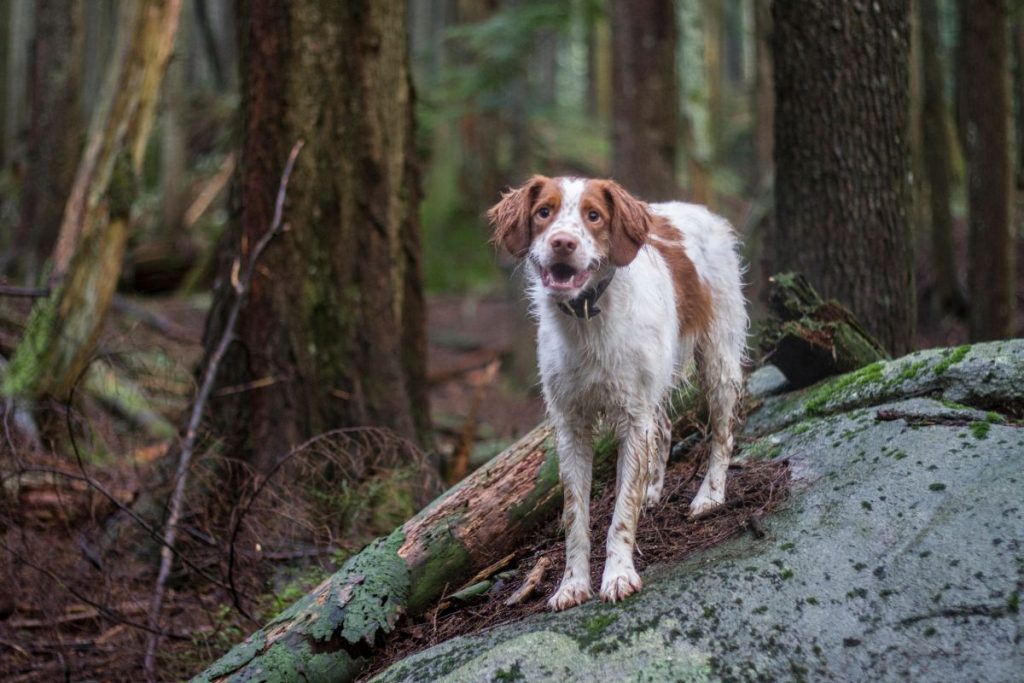 Due to its history as a hunting dog, the Brittany spaniel is alert and well-attuned to what is going on in its environment. This breed is neither shy nor aggressive, giving it the ideal temperament for a companion animal. 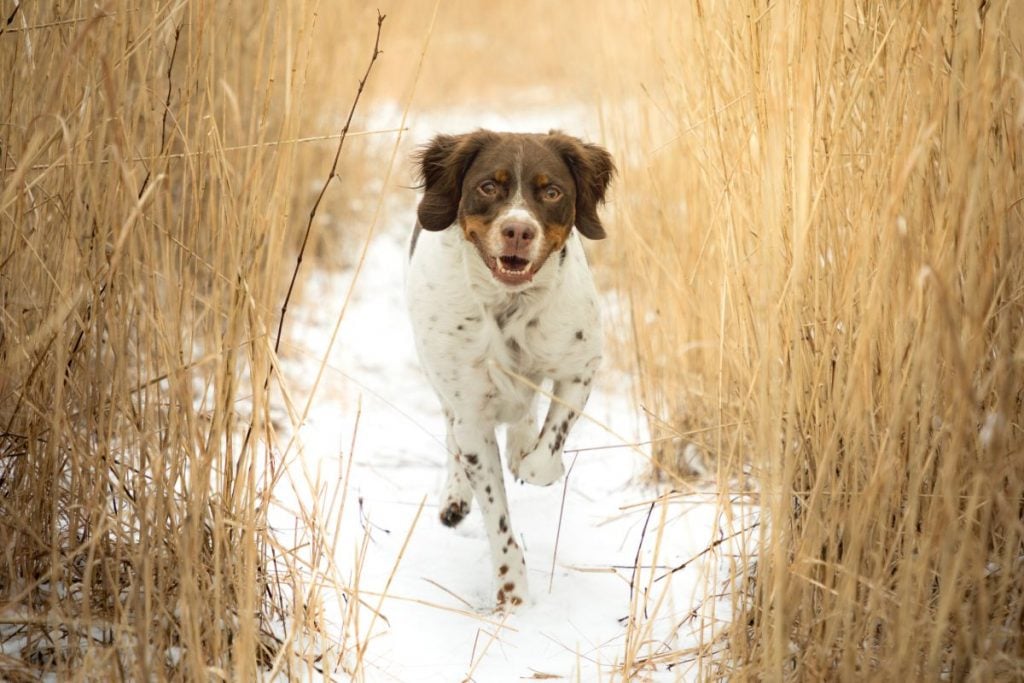 The Brittany spaniel's grooming needs depend on its activity level and environment. A family dog who spends a lot of time indoors may only need to be groomed every four to six weeks. Active dogs who accompany their owners on hunting trips should be groomed more often. A dog that rolls in mud or wades through creeks should be bathed twice to ensure that all dirt and debris have been removed from the coat and between the toes.

A dog that spends a lot of time outdoors may develop ear problems, so an ear-care product should be applied regularly. This type of product removes excess moisture from the ear canal, preventing infections and other ear conditions. 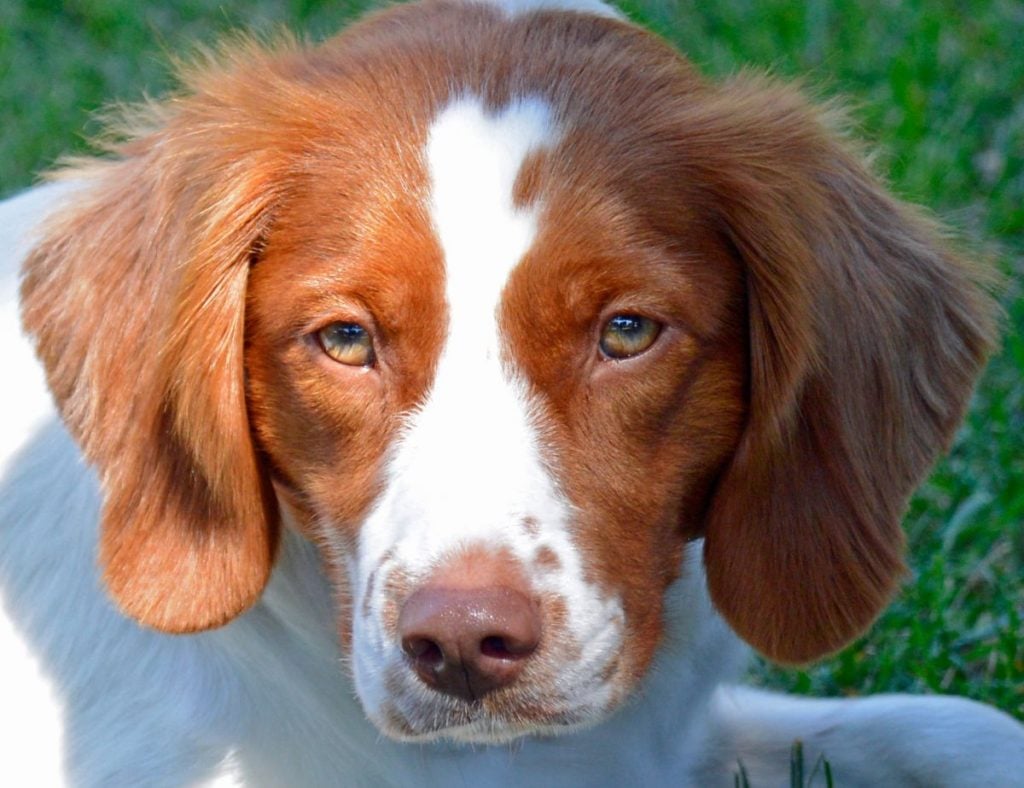 To ensure good health and prevent behavioral problems, a Brittany spaniel should engage in at least one hour of vigorous exercise each day. Without enough exercise, they're likely to become hyperactive due to its high energy level. Owners who work all day should consider enrolling their Brittany spaniels in dog daycare to ensure they get enough activity. 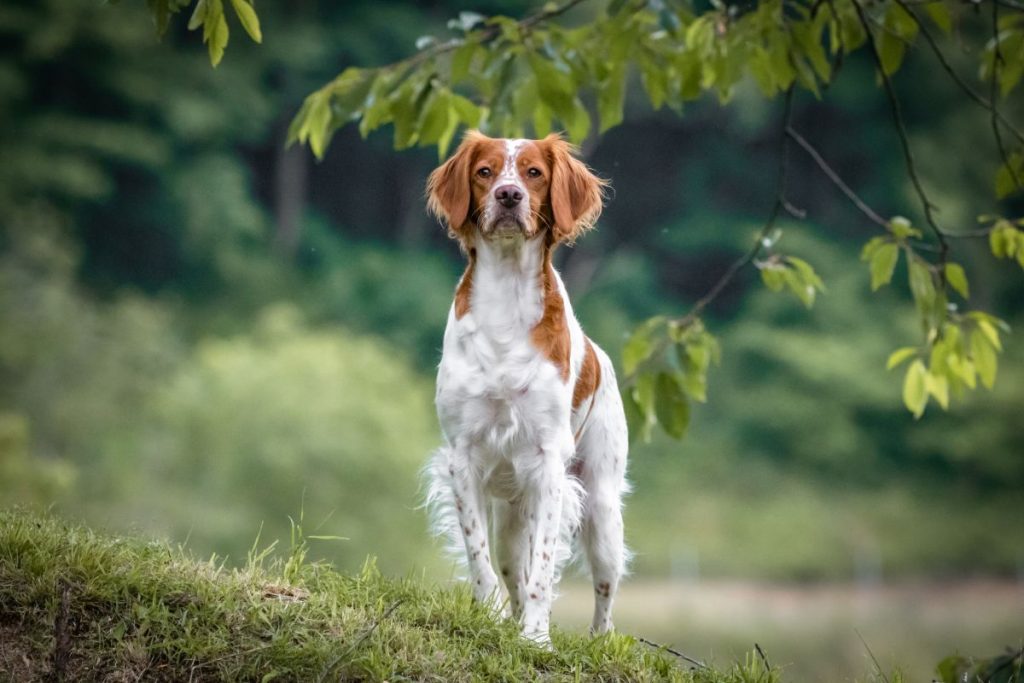 Like many humans, the Brittany spaniel is sensitive to criticism. For this breed, positive reinforcement works better than a raised voice. When a Brittany spaniel complies with a command, praise the dog and give it a treat. Be firm, but be careful not to shout or make aggressive gestures toward the dog. 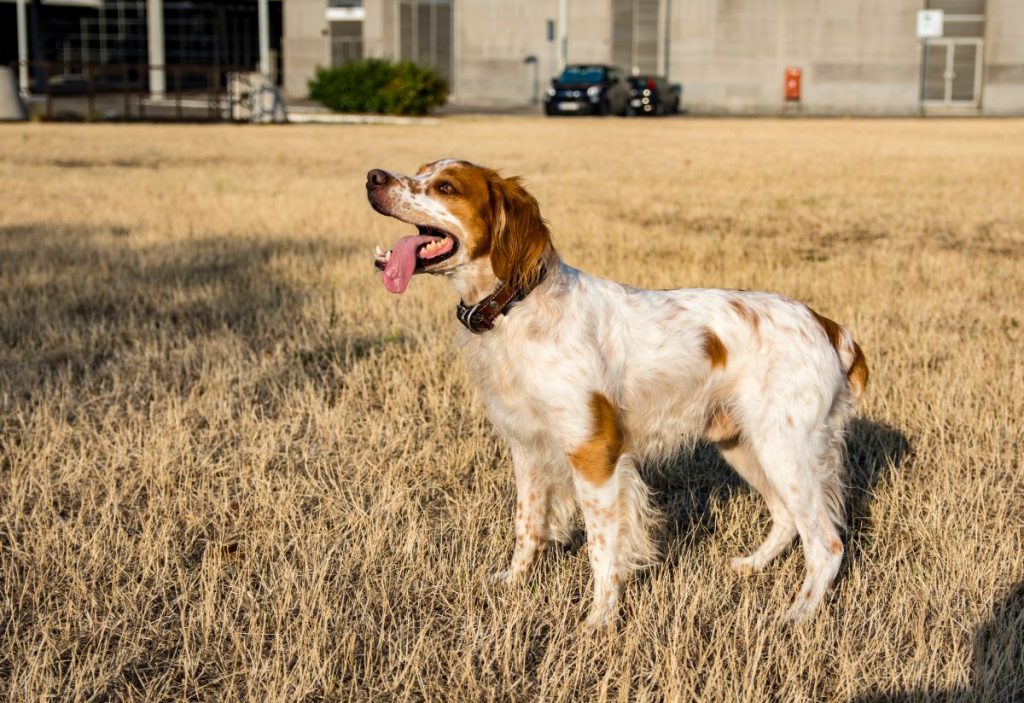 The Brittany spaniel typically lives for 12 to 13 years. However, several health conditions are more common in Brittany spaniels than in some other breeds. One of those conditions is hip dysplasia, which causes arthritis and may make it difficult for an older dog to walk normally. A Brittany spaniel may also develop epilepsy or hypothyroidism. Epilepsy is a neurological disorder that causes seizures, while hypothyroidism is a condition in which the thyroid gland does not make enough hormone. 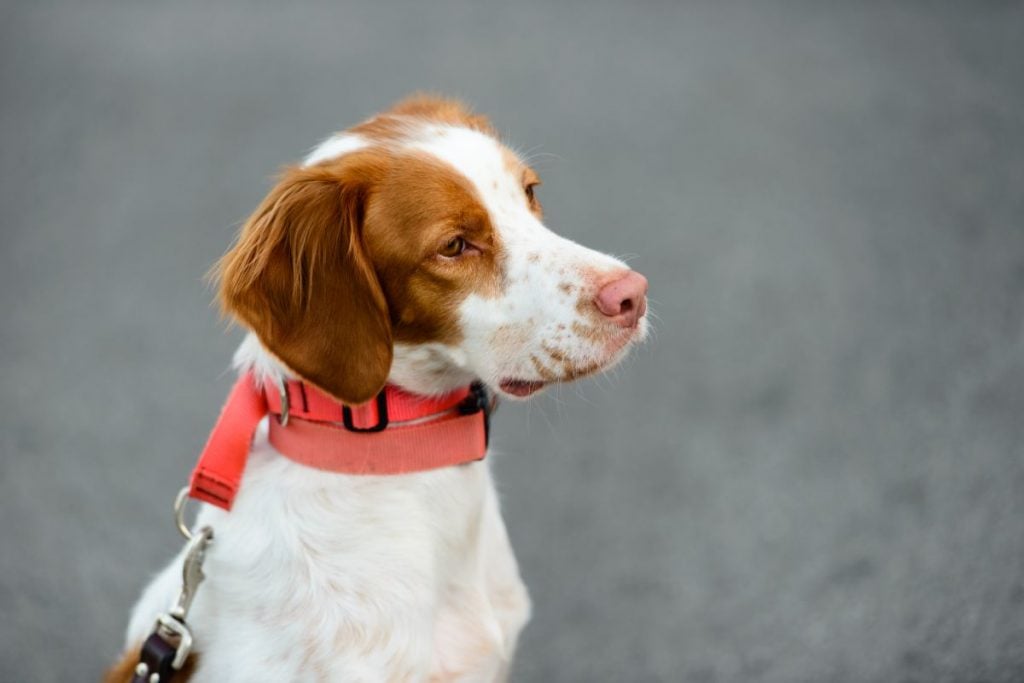 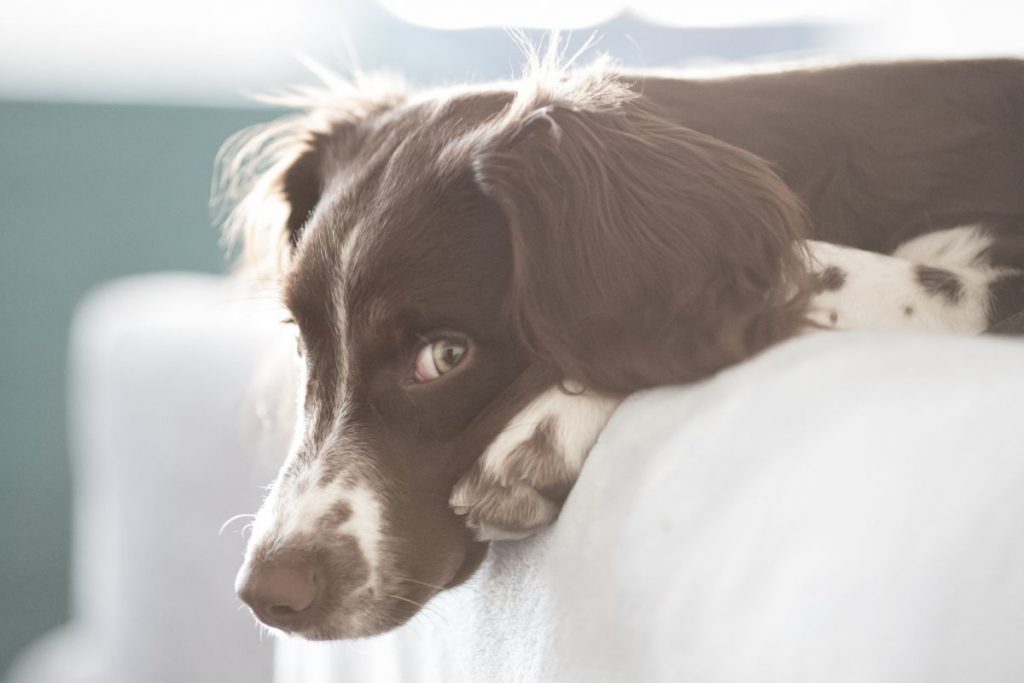 The Brittany spaniel is prone to developing separation anxiety if left alone for too long. An anxious dog is likely to bark frequently or even destroy furniture, clothing, and other items in its environment. If dog daycare is not an option, it may be necessary to keep an anxious Brittany in a crate any time it is left alone. It is also important to start socializing a Brittany spaniel when it is a puppy. Poor socialization can make a dog shy or anxious when meeting new people as an adult dog. 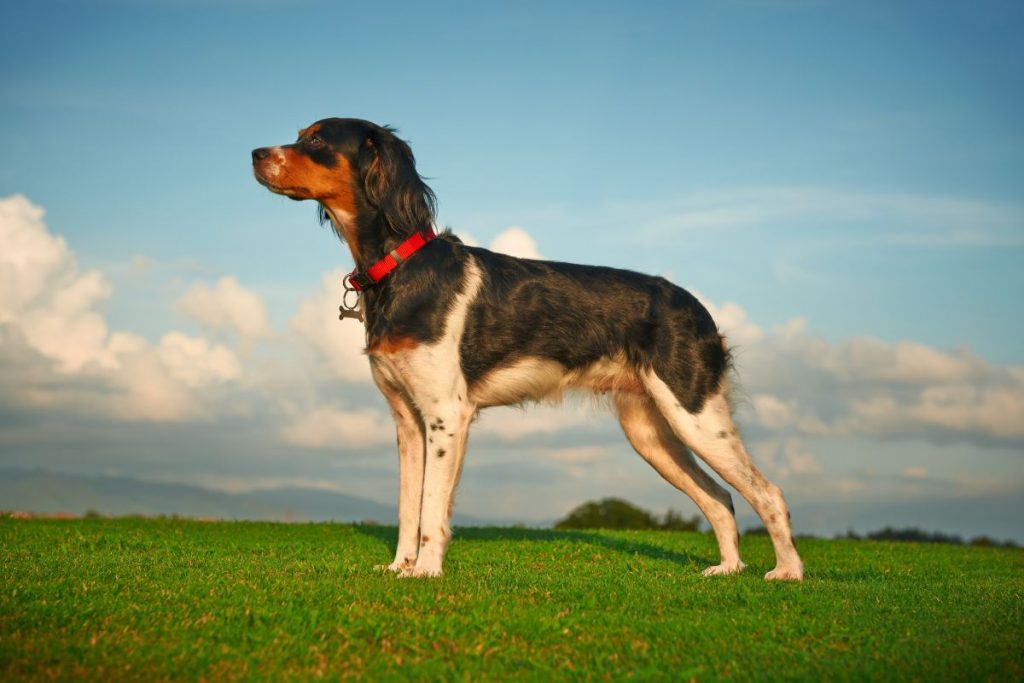 As a high-energy dog with a medium-sized body, the typical Brittany spaniel should eat 1.5 to 2 cups of food per day. The food should be split into two meals, with the dog receiving 3/4 cup to one cup of food at each meal. A Brittany spaniel may need more food if it is extremely active, or it may need less food once its activity level declines. 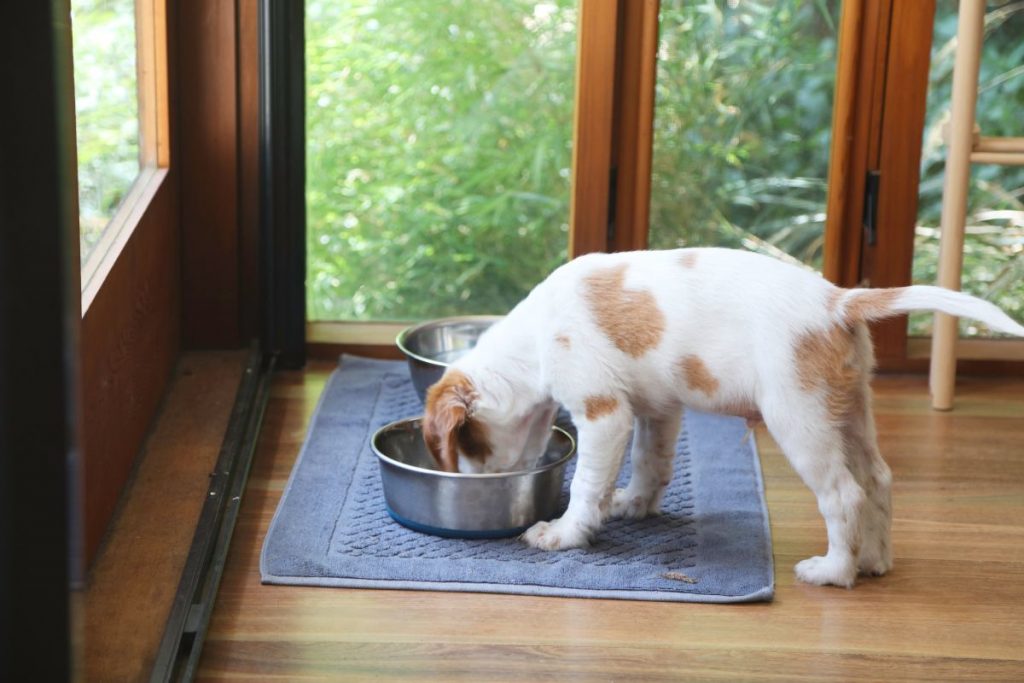 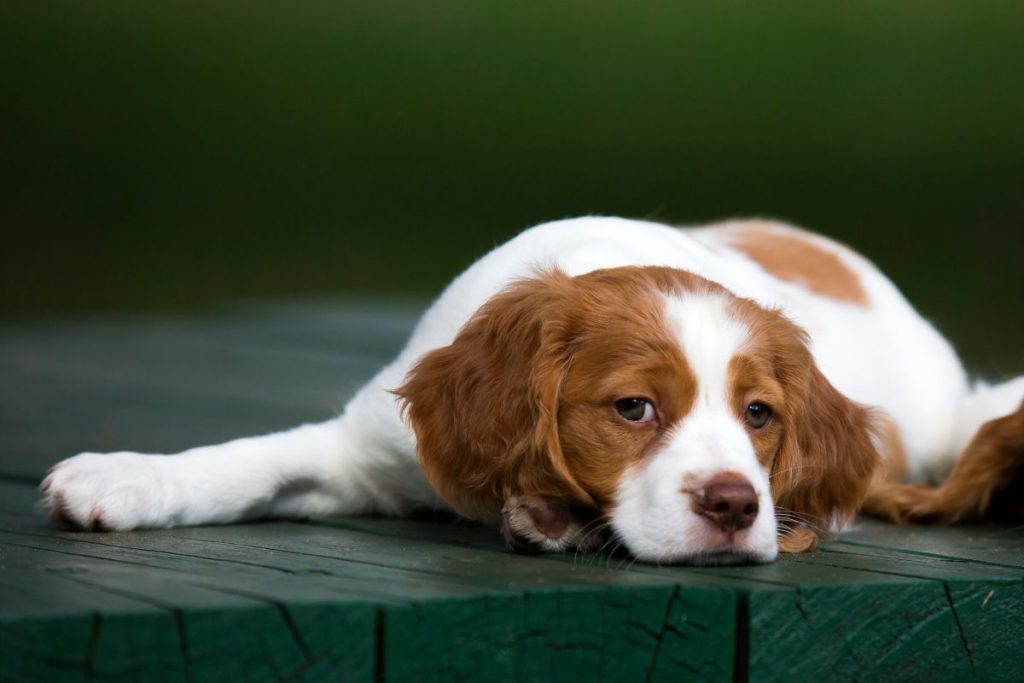