Do Dogs Have Belly Buttons?

As humans, we’re used to seeing our belly buttons right there on our navels. Whether they’re innies or outies, they’re generally visible. Because of this, it’s a little bit too easy to think that our furry friends don’t have them. It’s also extremely hard to stop wondering about once you finally do. If they didn’t have belly buttons, how did they survive in utero? Where did their umbilical cords go? With this in mind, they clearly must have them. But where are they? Do dogs actually have belly buttons?

Do Dogs Have Belly Buttons?

Yes! You might not be able to see your dog’s belly button when you look at their belly, but they do have them. They just don’t look anything like ours. All placental mammals such as the dogs and cats we know and love have belly buttons. Placental mammals are one of the three main types of mammals. They, unlike marsupials and monotremes, are mammals that carry their young inside of them until a late stage of development. This means they need to have a placenta and umbilical cords to survive when in utero. They make up the majority of mammals including us humans. Put simply: any mammal that has an umbilical cord has a belly button. 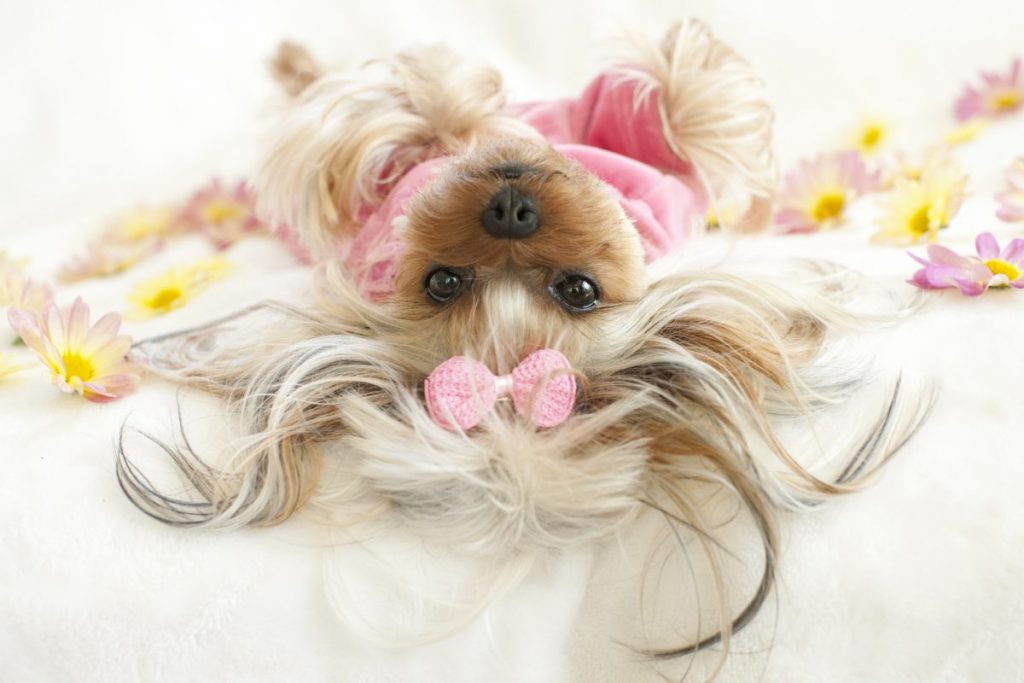 Where is a Dog’s Belly Button?

We’re used to our belly buttons being in the middle of our naval, a little way above our pelvic bones and below our nipples. Dogs, on the other hand, have nipples either side of their navel, where their belly button is. Because practically all dogs have more hair than humans, their belly buttons are usually covered to the point where they seem nonexistent. But don’t worry, if you can’t feel your dog’s belly button, they still have one. 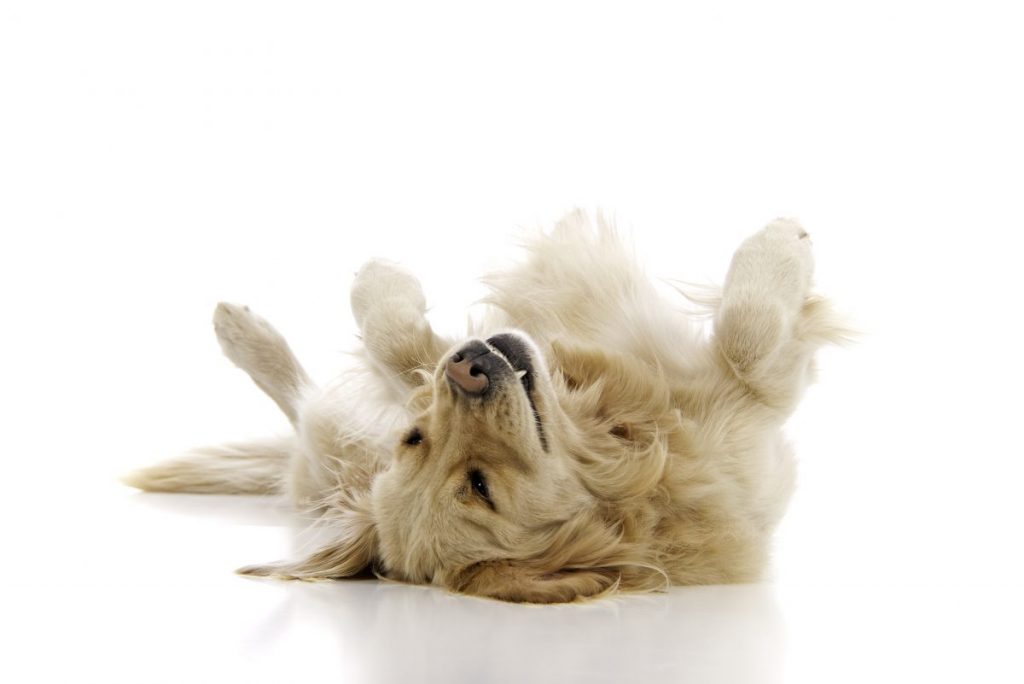 Can You See Your Dog’s Belly Button?

In most cases, all that’s left of dog’s belly buttons is a scar. This is because after a puppy is born, the mother will clean up the placenta herself. What’s left of the umbilical cord will then drop off of its own accord. So, while you can see your dog’s belly button depending on the breed, it doesn’t look anything like our belly buttons. You have to know what you’re looking for. 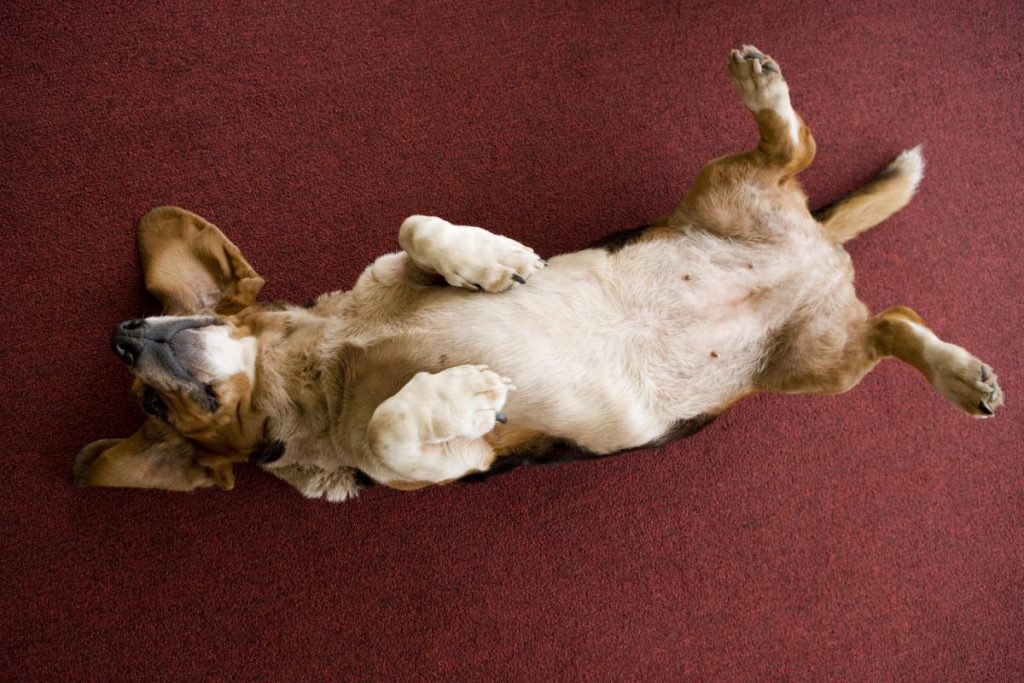 How Do You Find a Dog’s Belly Button?

Although the scar from their umbilical cords fades slightly with time, they have them for life. Next time your pooch rolls over for you to rub their belly, take a look at their abdomen toward the rib cage. Because all pets are different the same way that we are, it might not be pronounced enough to see it. On the other hand, it could look a few different ways. 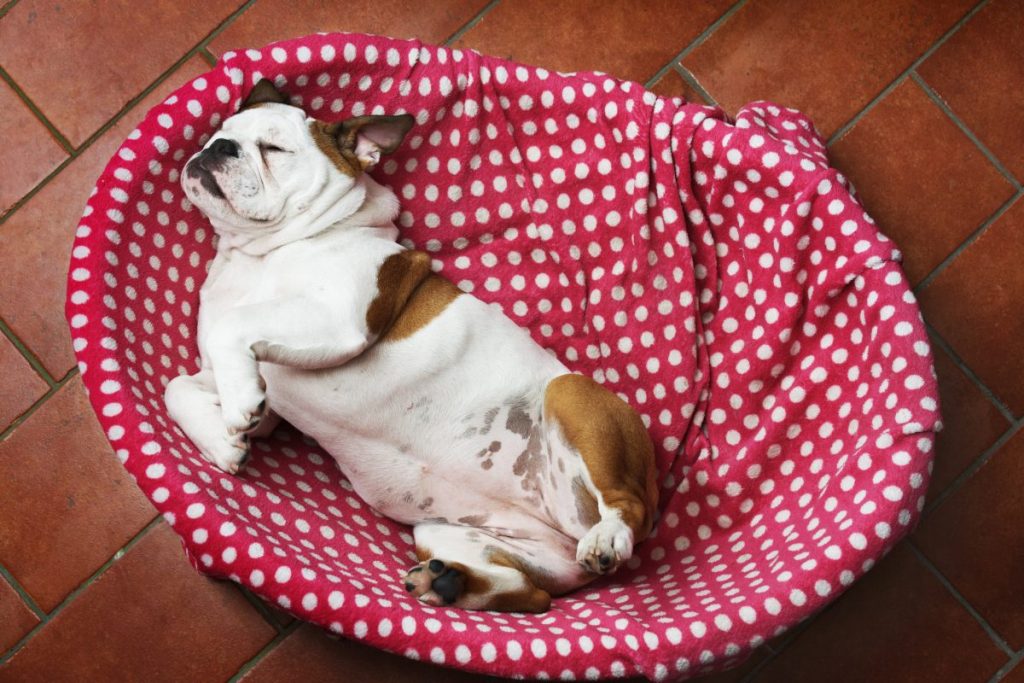 Depending on the dog, their belly button can look a lot different to even their siblings. One common appearance of a dog’s belly button is a wrinkly, circular bit of flesh. At first glance, this might not even catch your attention. Or, if it does, you might not know what it is. It can also resemble a small, flat scar, which will be invisible on dogs with lots of fur. For those that do have fur, though, sometimes it can create a spiral where the scarring is beneath. 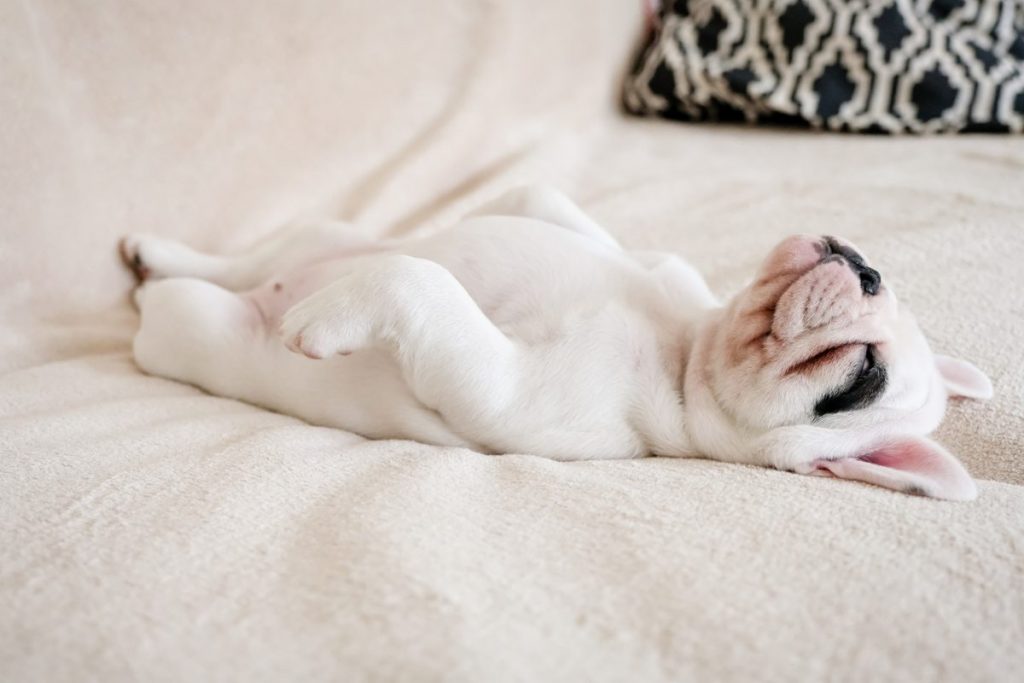 Can Dogs Have Outtie Belly Buttons?

Dogs can have innie or outie belly buttons. In a lot of cases, if the dog does have an outie, it’s likely just extra scar tissue. However, as with all lumps and bumps on your pet, it’s good to keep an eye out. If they have an outie belly button, you should get it checked out at the vet, just in case it’s something more serious like an umbilical hernia. 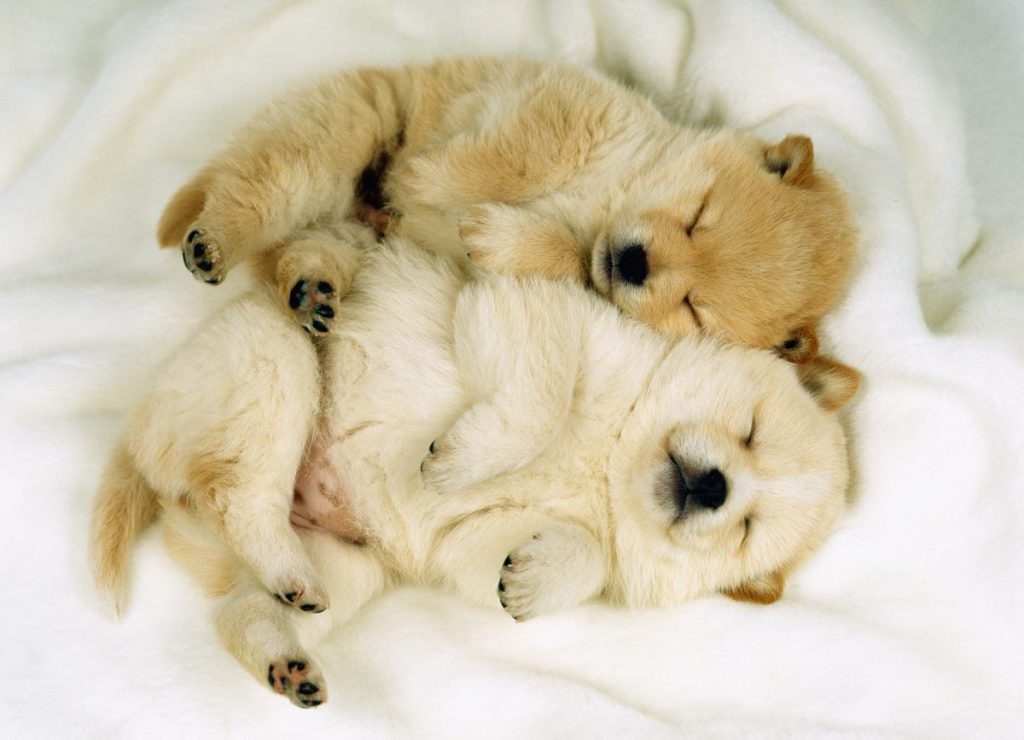 What is an Umbilical Hernia?

Umbilical hernias can be either serious or not. A serious umbilical hernia is known as a reducible umbilical hernia. These hernias form when the body has a small hole in it that the insides fall through and into. All dogs with this type of hernia should be seen by a vet and will likely have to undergo surgery to rectify it, just to be safe. Nonreducible hernias are ones that are simply lumps of fat, kind of like human outies. These can’t be reduced but are also benign and don’t have to be. 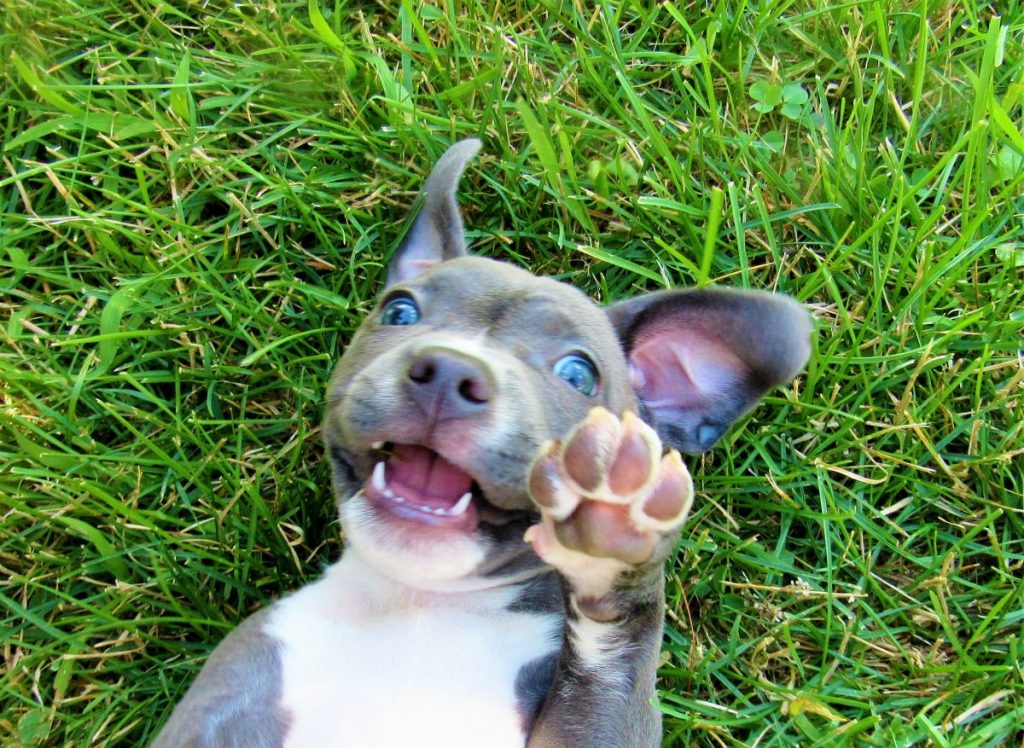 Why Can’t I Find My Dog’s Belly Button?

Sometimes, the scarring can be borderline invisible. This doesn’t mean that your dog never had a belly button; it just healed differently. Dogs only need their belly buttons in the womb, so once the umbilical cord has dropped off, its job is done. There’s nothing wrong with a dog that has a less pronounced belly button, so there’s not really anything to worry about. 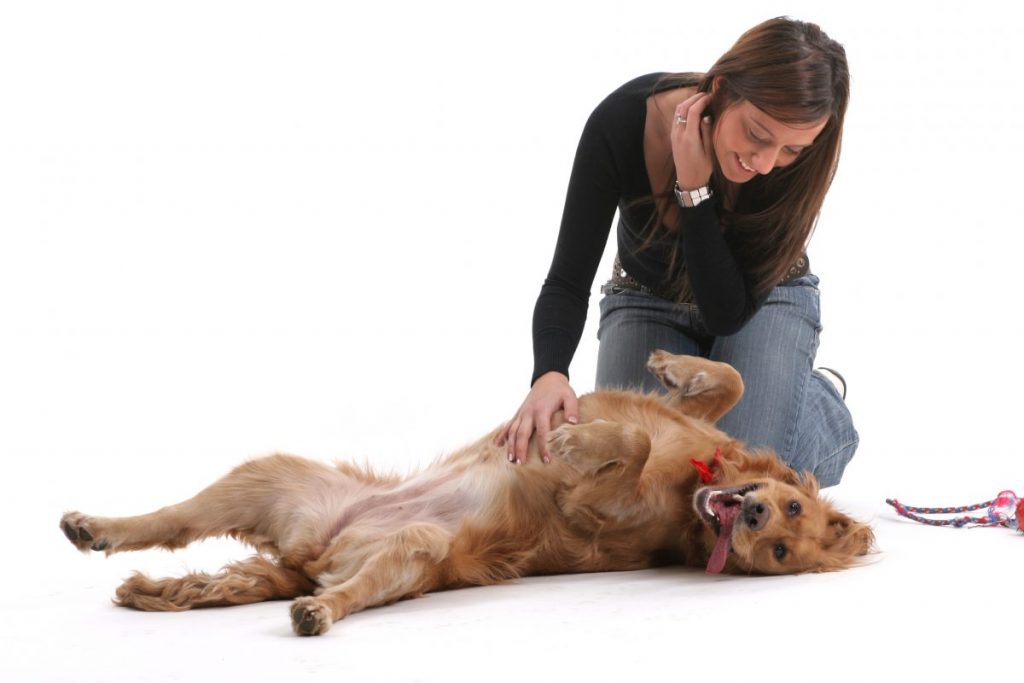 Why Do Dogs Lick Belly Buttons?

Perhaps it’s a case of missing out, and our pooches are jealous that we have strange circles on our abdomens. The real case, however, is much less whimsical. Human belly buttons can gather all sorts of things: lint from clothing, sweat, hair. They're one of the dirtiest parts of our body, and if you're not careful, they can start to smell. Although this isn't scientifically proven and not everybody's pooch does this, it's a strange phenomenon that's quite common all the same. `Dogs like smells. They also like to heal. 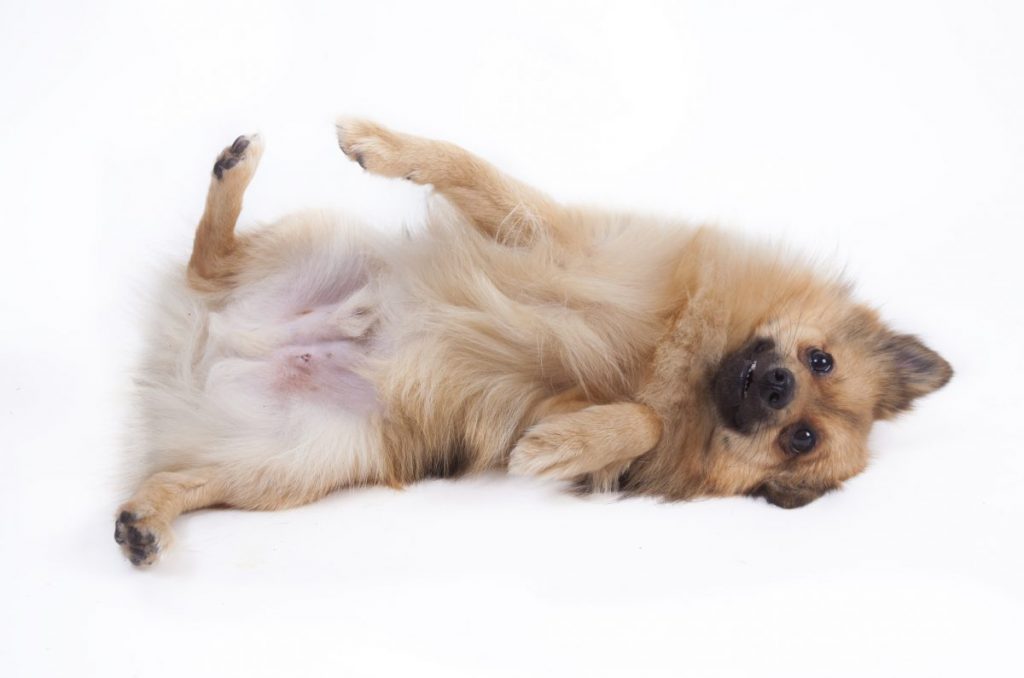 Which Animals Don’t Have Belly Buttons?

Neither kangaroos nor koalas have belly buttons. Nor do platypus. Both are examples of the other types of mammals we mentioned earlier, marsupials and monotremes. Marsupials are born early and spend their early development inside of their mother’s pouches. Monotremes, on the other hand, are egg-laying mammals, which have no need for umbilical cords. Your dog is a eutherian mammal, so next time you rub her tummy, see if you can see her belly button! 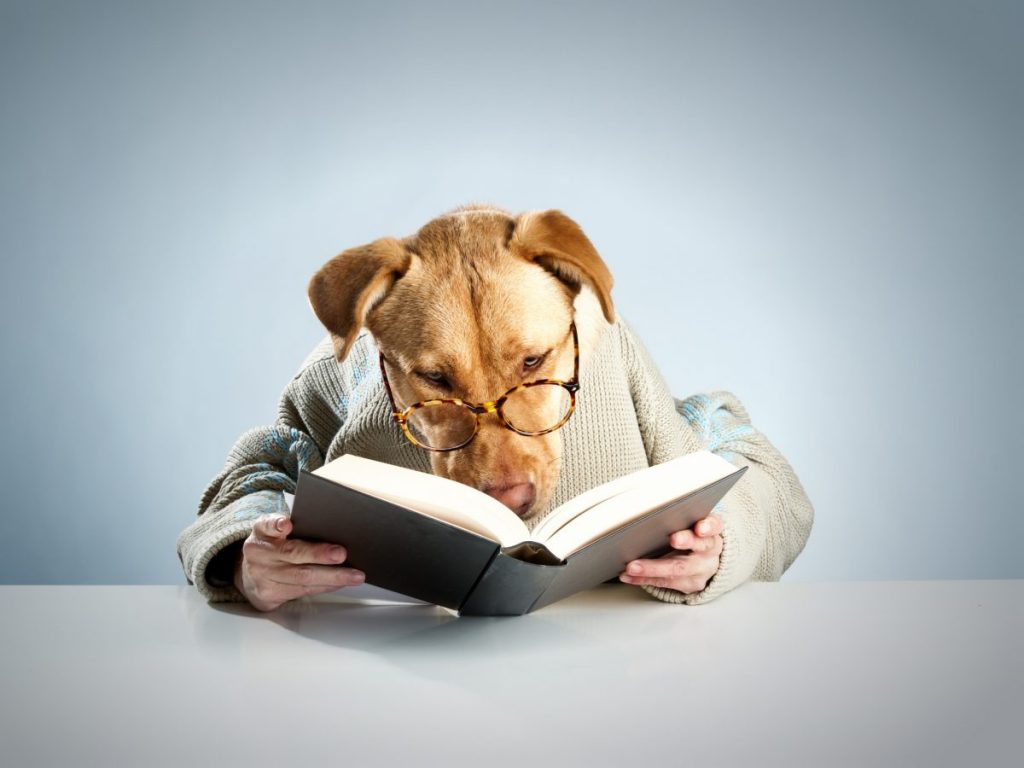