Catnip is well-known for putting felines in a playful, blissful mood. When cats get a whiff of catnip, their euphoric reaction is instant. But exactly what is catnip, and why does it affect felines in such a powerful way? While researchers are still not entirely sure why this herb has such an effect on cats, we do know that it's safe for your feline and even has some benefits for humans, too.

Nepetalactone is the active compound in catnip

Catnip contains an organic compound called nepetalactone. The powerful oil from the compound enters your cat's nasal tissue and triggers a euphoric neurological response. This is why cats respond so quickly once they get a whiff of catnip. Research shows that larger felines respond to nepetalactone, too. In various studies, lions, leopards, and tigers were all affected by the compound. The wood of Tatarian honeysuckle plants also contains nepetalactone. Tatarian honeysuck wood shavings are used in cat toys as an effective catnip alternative. 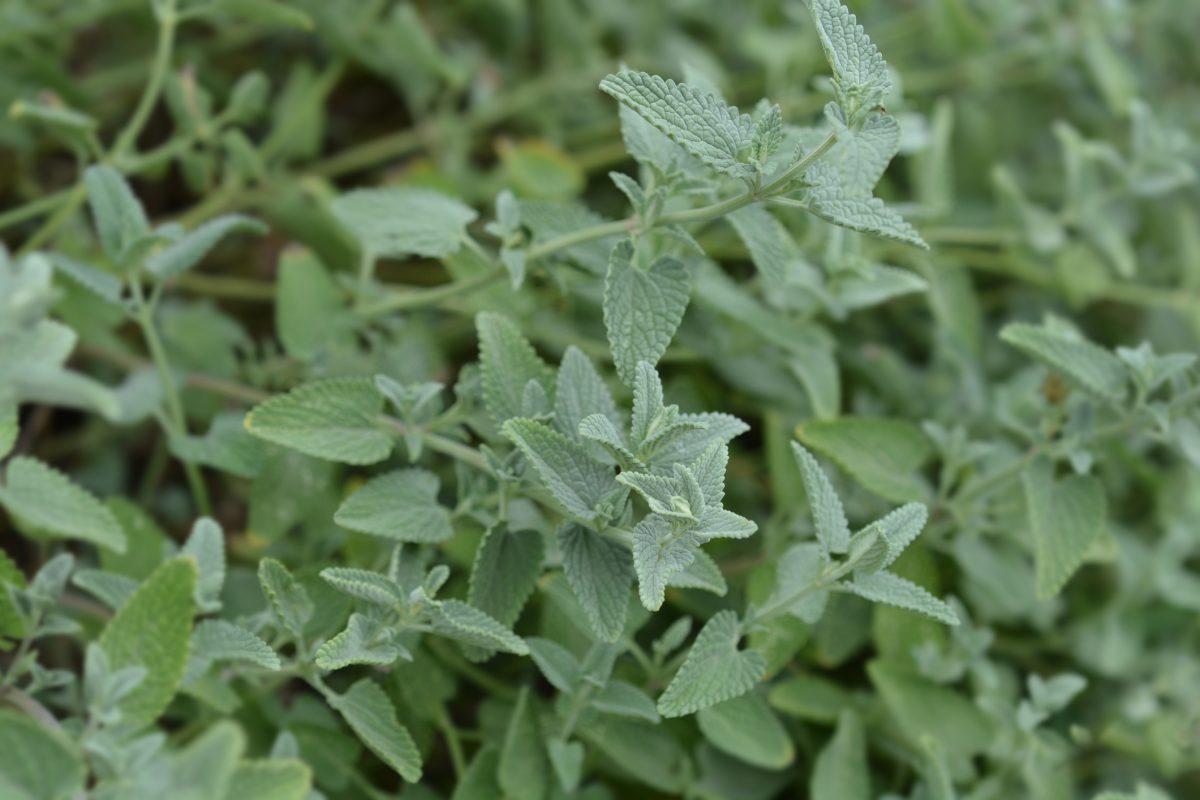 Catnip will not harm your cat

Cat owners don't have to worry about catnip being potentially dangerous. The herb is widely used and extensively researched, and it's considered non-toxic to cats. Feel free to let your cat enjoy the effects of catnip in satchels or infused toys. Additionally, the herb is non-addictive despite the so-called 'high' it produces. In rare instances, cats may experience stomach upset if they ingest very large amounts of catnip. Fortunately, overeating catnip is uncommon. 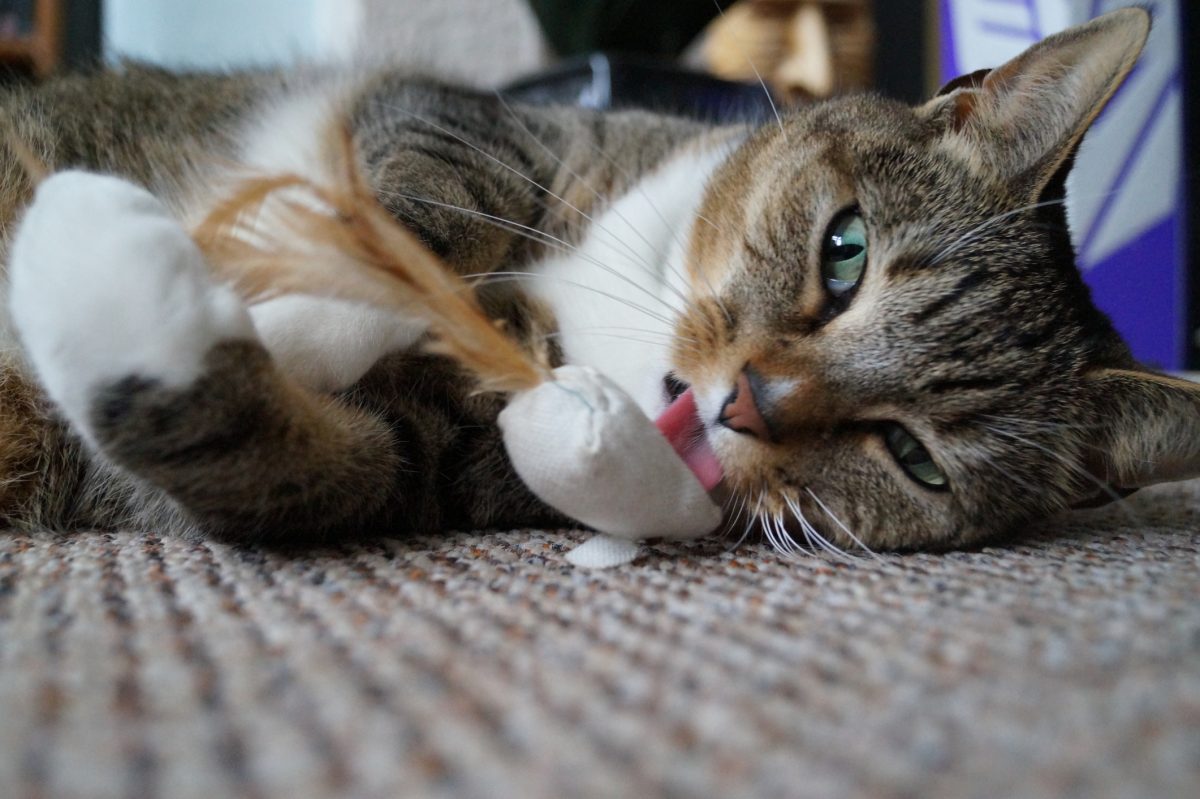 The catnip 'high' only lasts for 10 minutes

Catnip is potent: it only takes a small amount to induce some fun feelings for your feline. The effects of catnip are immediate but also short-lived ⁠— most cats enjoy the buzz for an average of 10 minutes. Once the buzz wears off, cats have a refractory period of about 1 hour before they can enjoy another catnip high. 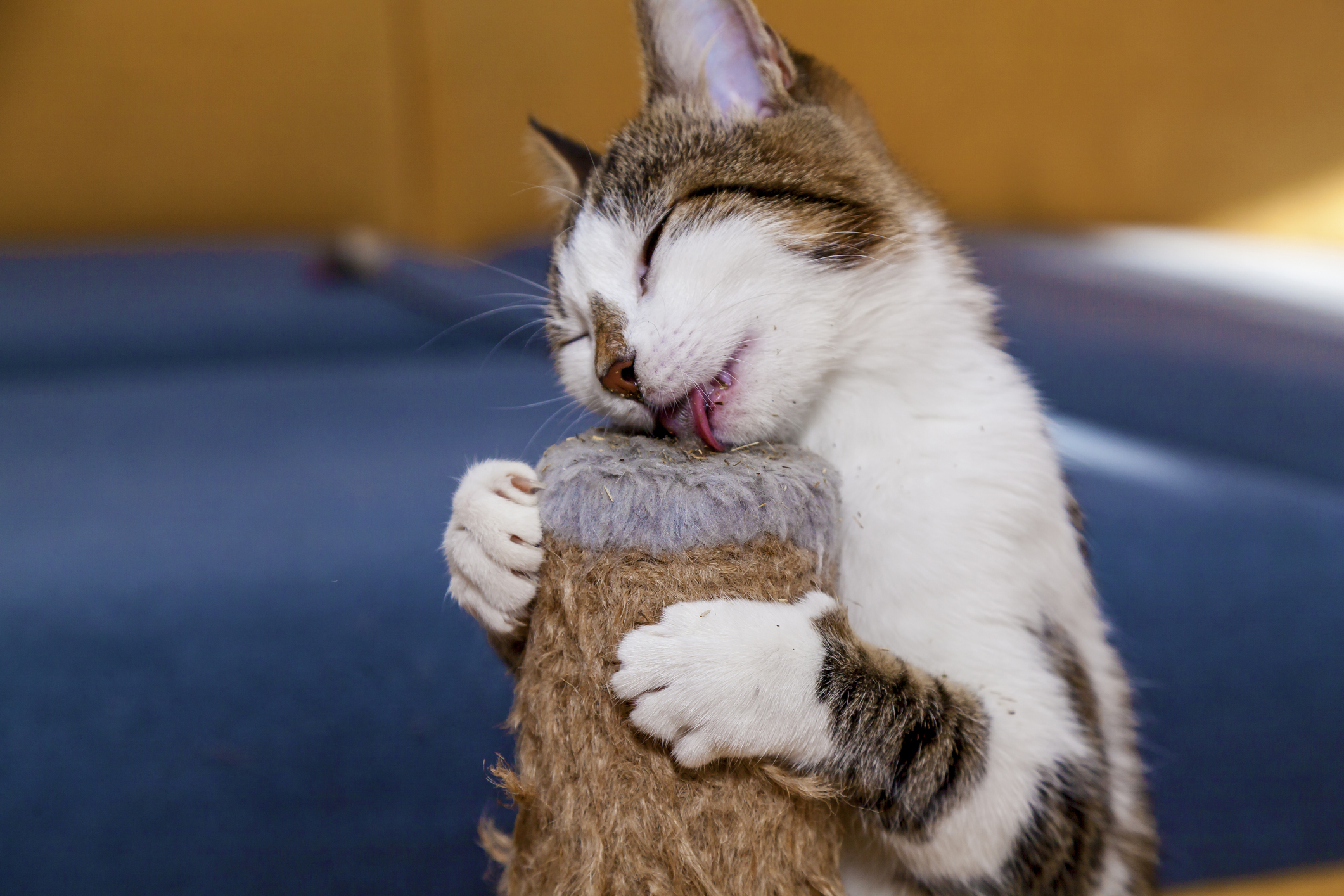 Catnip has the opposite effect on cats when ingested

The infamous high produced by catnip occurs when cats inhale it. If cats ingest the herb, it has sedative effects as it does with humans. The effect is different but still considered pleasant for felines. Catnip is safe for cats to ingest, and it's unlikely to cause any side effects. It's only an issue if your cat accidentally ingests extreme amounts of the herb. If this occurs, it may lead to vomiting or diarrhea. Proper storage of dried catnip should prevent any potential problems. 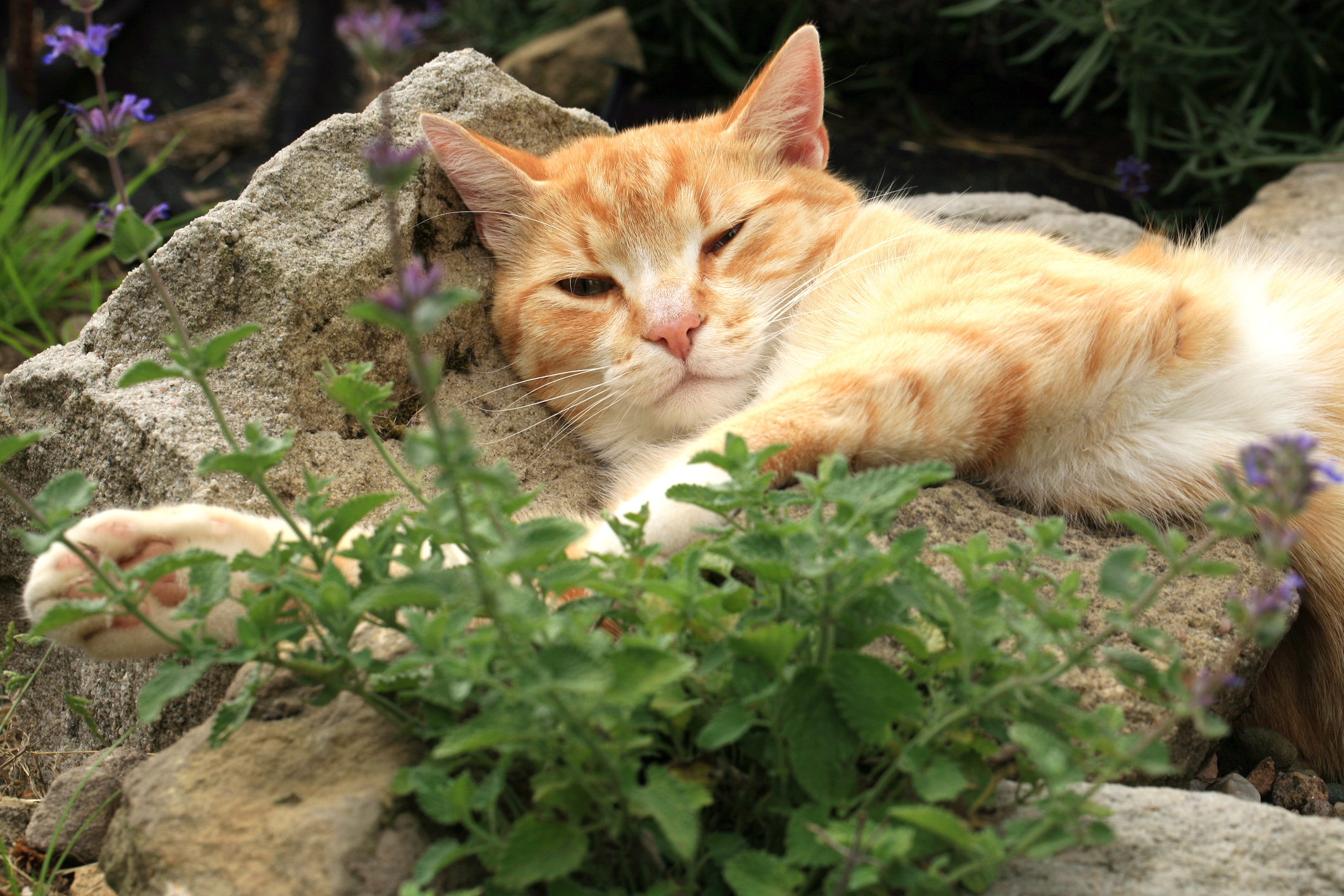 Cats can be immune to catnip

Many cats enjoy the effects of catnip, but others have no response to the herb. The research varies, but anywhere from 30 to 70 percent are immune to catnip's effect. Feline responses to catnip are hereditary; your cat's genetic makeup determines whether or not they're immune. There are a few herbal alternatives that are often effective. Silver vine and Tartarian honeysuckle both showed promising results in cats who didn't respond to catnip. 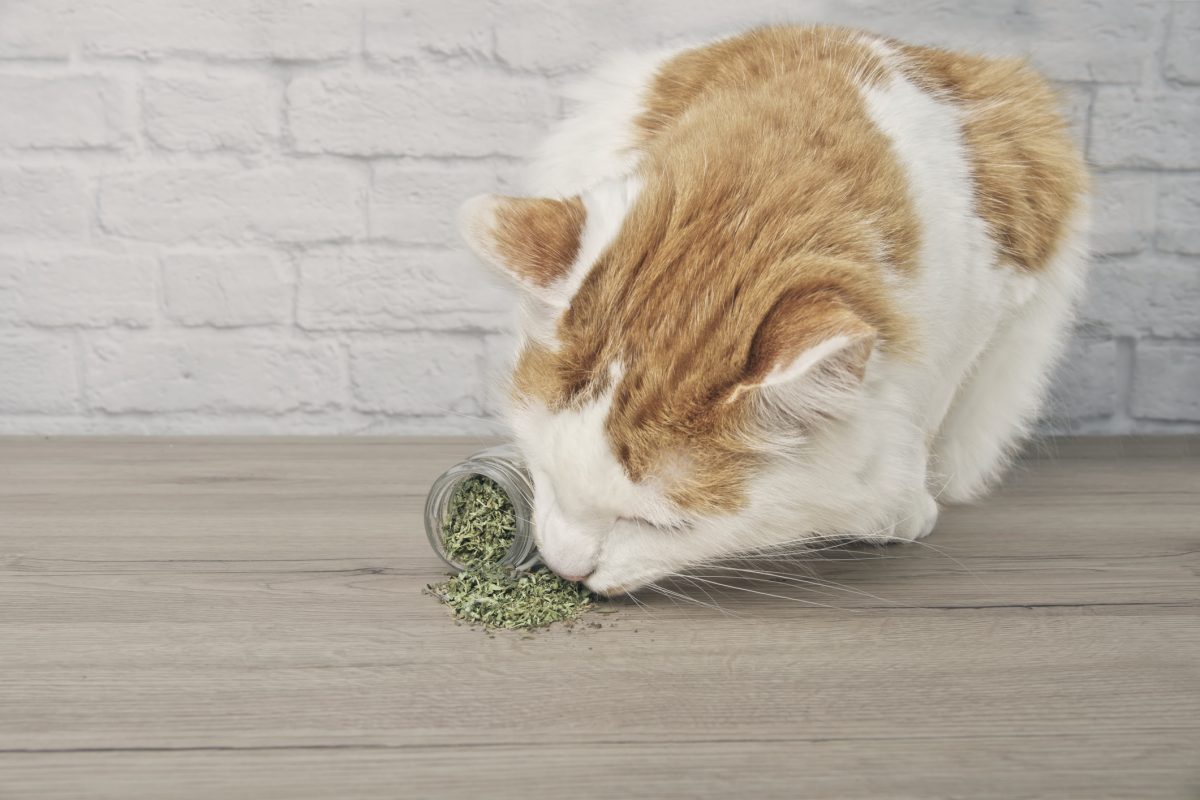 Young kittens are not affected by catnip

If your kitten seems disinterested in catnip, that's likely due to his or her age. Kittens under 6 months old don't react to catnip because they haven't reached puberty, and felines who haven't reached puberty will typically ignore catnip altogether. If your young kitten is genetically responsive to catnip, you'll notice a reaction when he or she is a bit older. Try offering a catnip satchel or toy once your kitten reaches the half-year milestone. 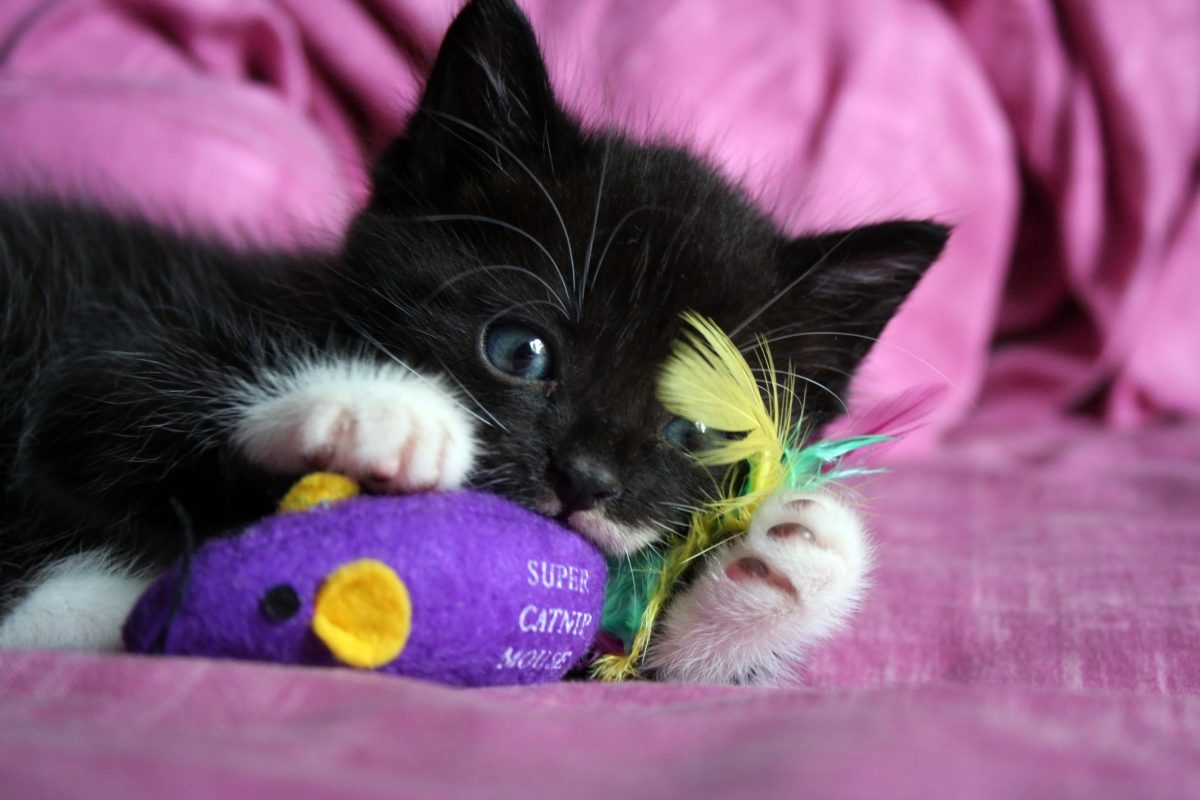 Catmint is similar to catnip

Nepeta cataria is the official species name for catnip, but the species also includes catmint. Nepeta cataria plants look like other members of the mint family of plants, with fragrant green leaves, but catmint usually produces lovely purple blossoms. Cultivation of catnip is similar to common mint plants, too. The herb is drought-tolerant and considered easy to grow, so cat owners can grow and dry catnip in their own gardens. 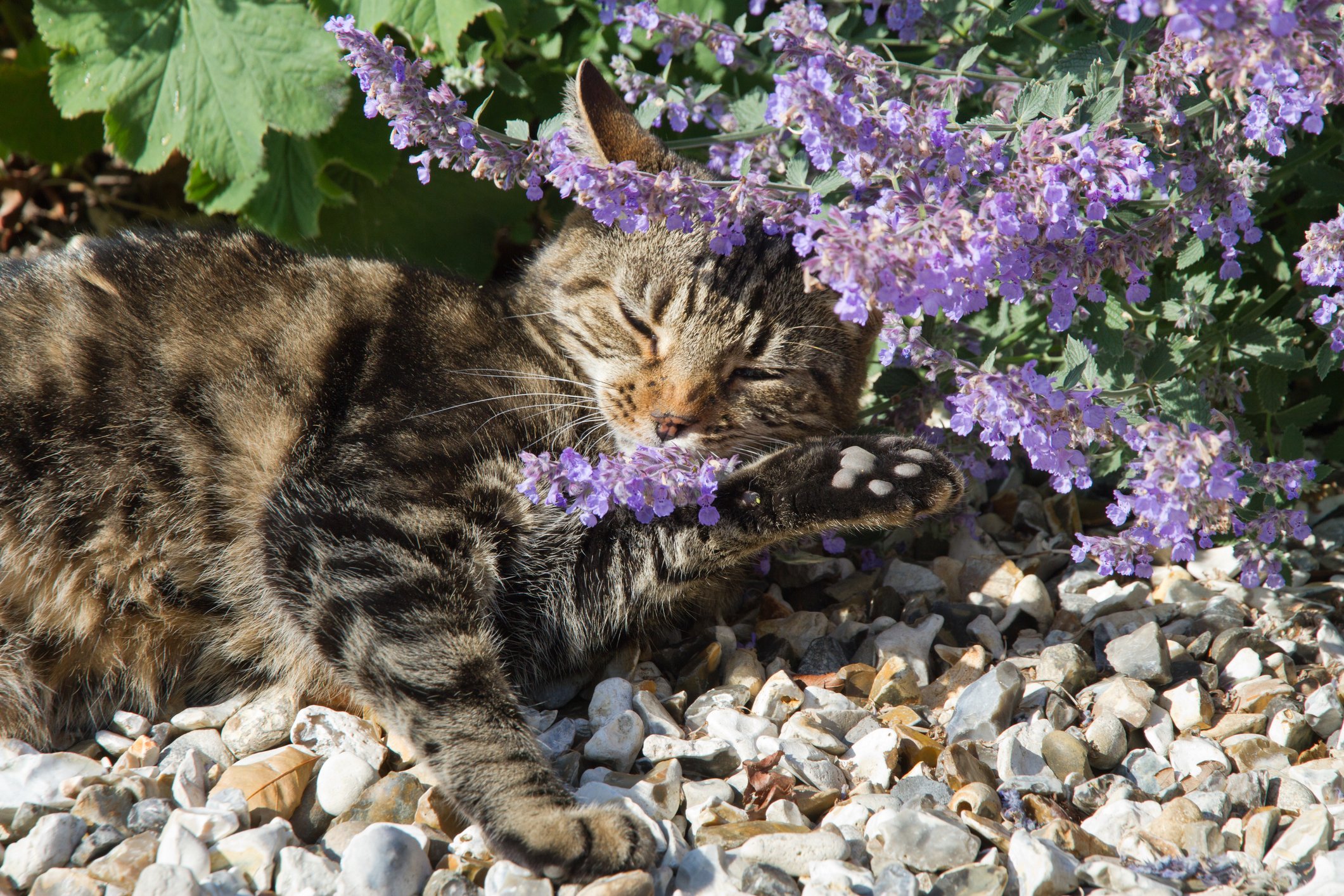 Catnip has the opposite effect on humans

Catnip has relaxing, sedative properties for humans. Catnip is often blended with other calming herbs to create a tea that may help anxiety and insomnia, but you can also get catnip comes in capsule and tincture form. The herb is historically used as medicine for many different ailments. The soothing effect helps relieve headaches, anxiety, insomnia, and more. 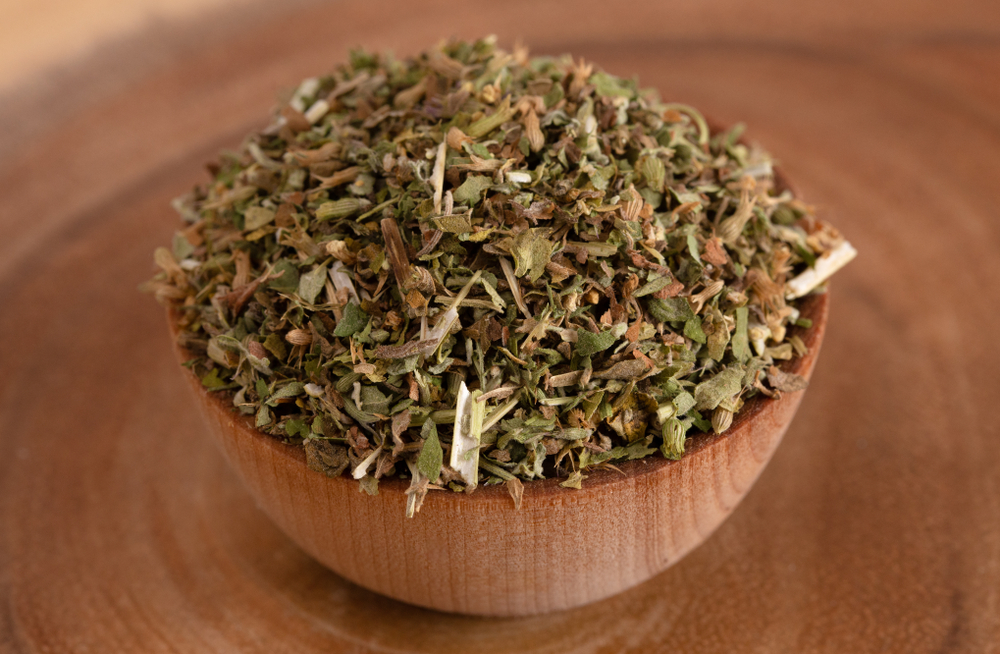 Catnip loses potency over time, just like other herbs. It's most potent within the first six months of drying and storing it. If you grow your own catnip, make sure to store it properly. Keep the herb in an airtight container and stash it in your freezer. If you use catnip infused toys, replace them after six months of use. 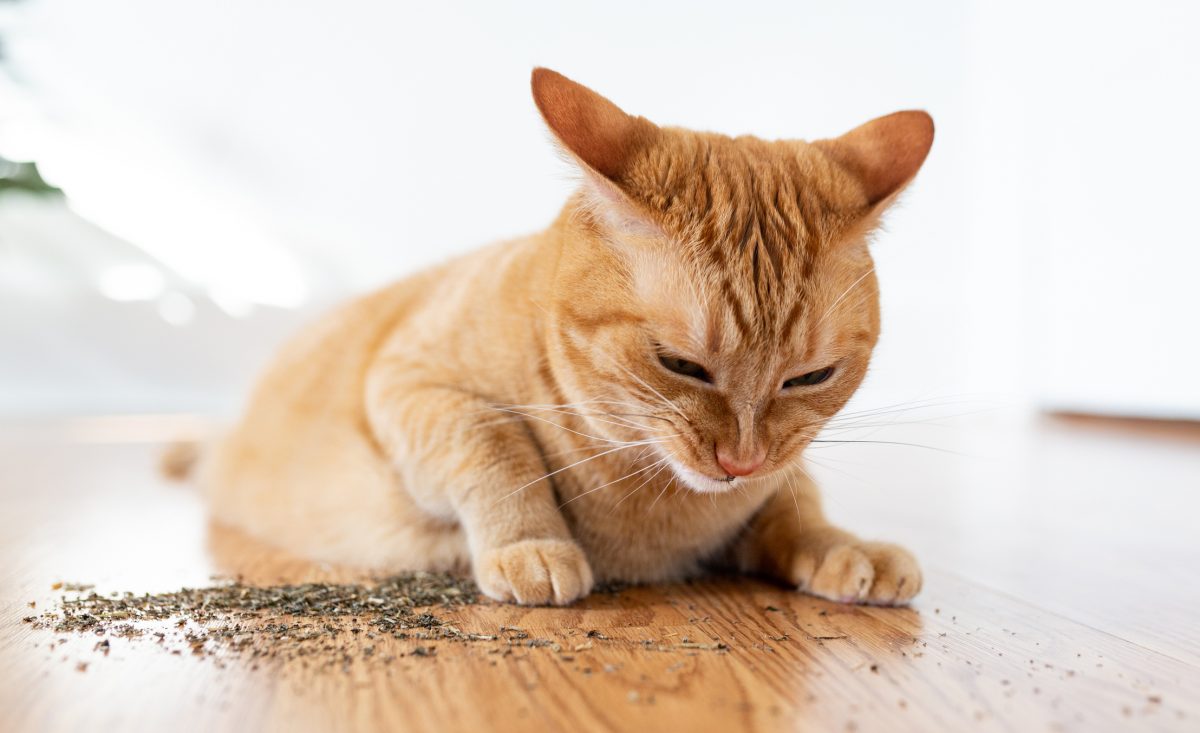 Catnip is effective at repelling mosquitoes

The fragrance of nepetalactone allures felines, but it has the opposite effect on various insects. The oil in nepetalactone is extremely effective at repelling mosquitoes. Several studies say that nepetalactone is ten times more powerful than products containing Diethyltoluamide, commonly known as DEET, which is a compound used as the active ingredient in many bug repellent sprays. It has the same effect on cockroaches and house flies. 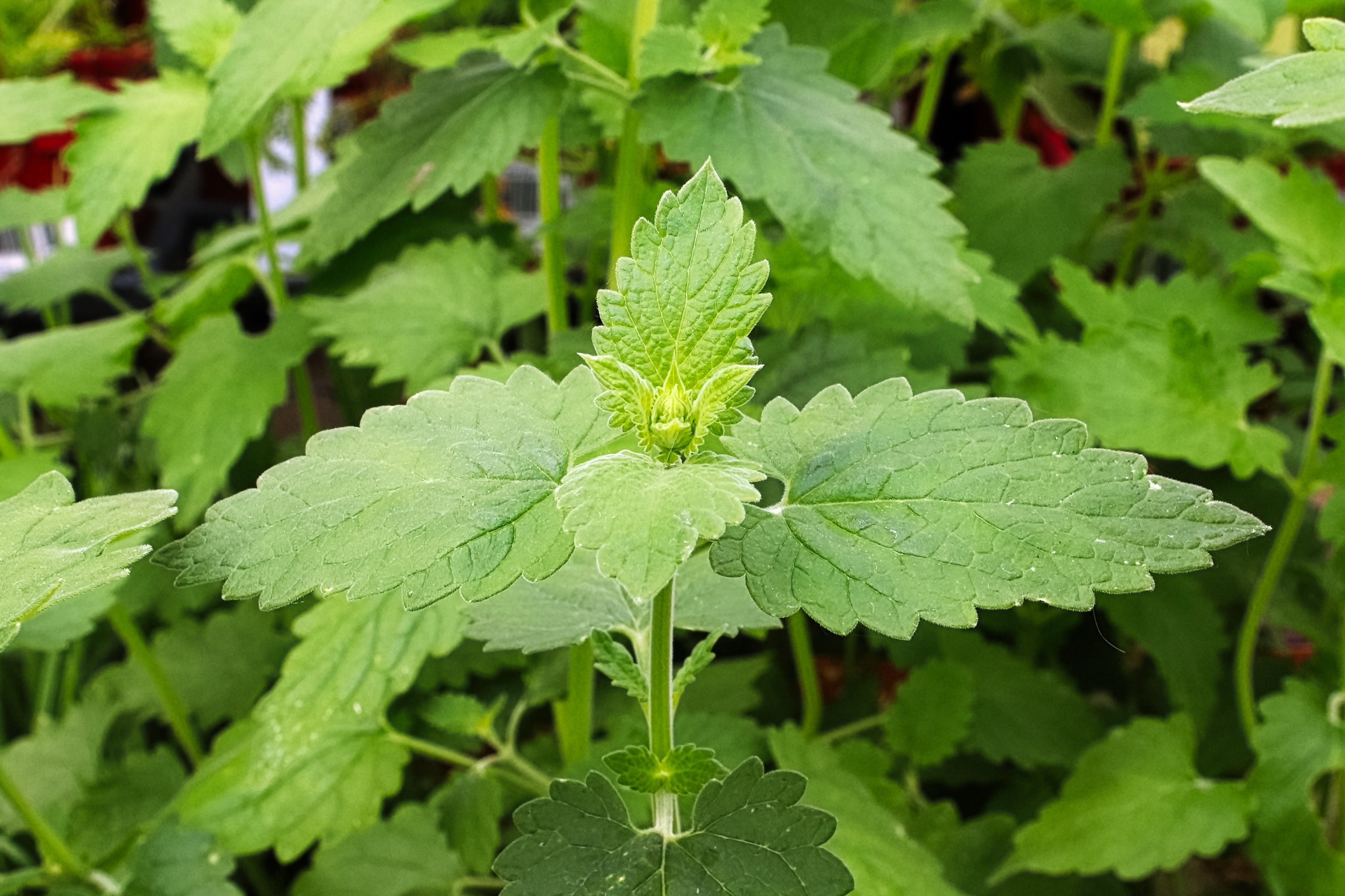