Can Dogs See in the Dark?

When you gaze into those big puppy dog eyes, have you ever wondered how your dog actually sees you? Are they seeing you as well as you see them, or better? Or worse? Can they see the color of your eyes and hair, or are they color blind? Can they really see in the dark? If you’ve been wondering how your best friend actually sees the world through his eyes, look no further.

Can dogs see in the dark?

When it comes to night vision and pets, most people think cats have claimed the crown. While that might actually be true, dogs can see in the dark too. In fact, their night vision abilities aren’t that far off from cats’, and are most certainly better than humans’! With a higher concentration of low-light sensitive rods than human eyes and bigger pupils to allow more light to pass through, dogs’ vision is much better adapted to see in darkness than ours is. 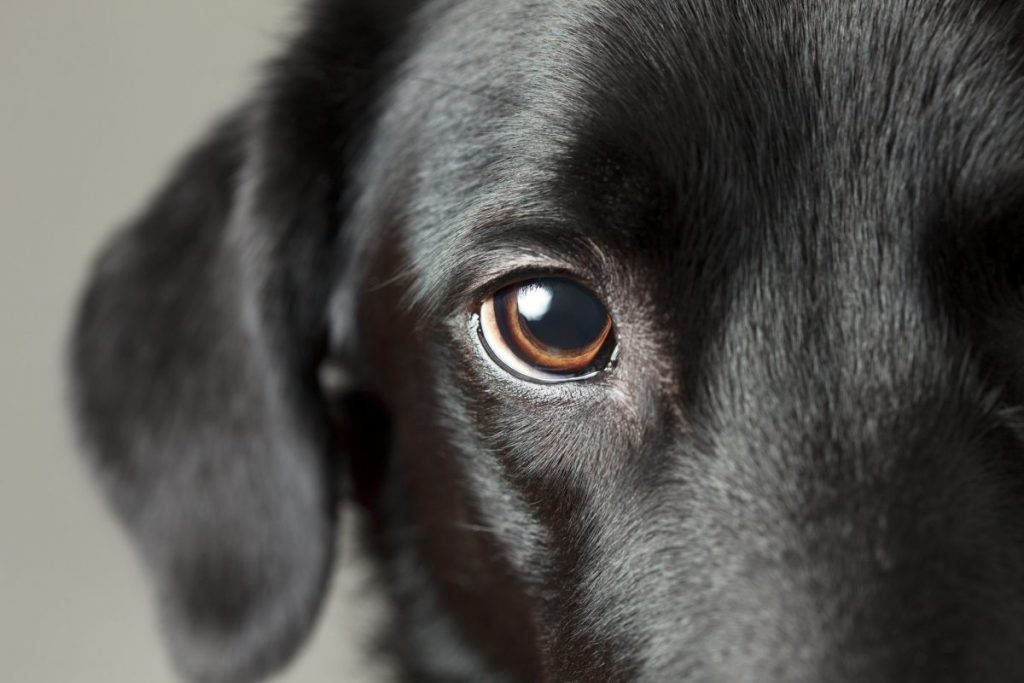 Should I leave my dog in darkness?

That depends on the dog. Dogs have pretty good night vision, and some actually prefer the dark because it’s easier to take a nap without lights glaring. If your pup shows no signs of being upset when left alone in the darkness, then he is probably perfectly okay with it. Some dogs, however, are afraid of the dark. 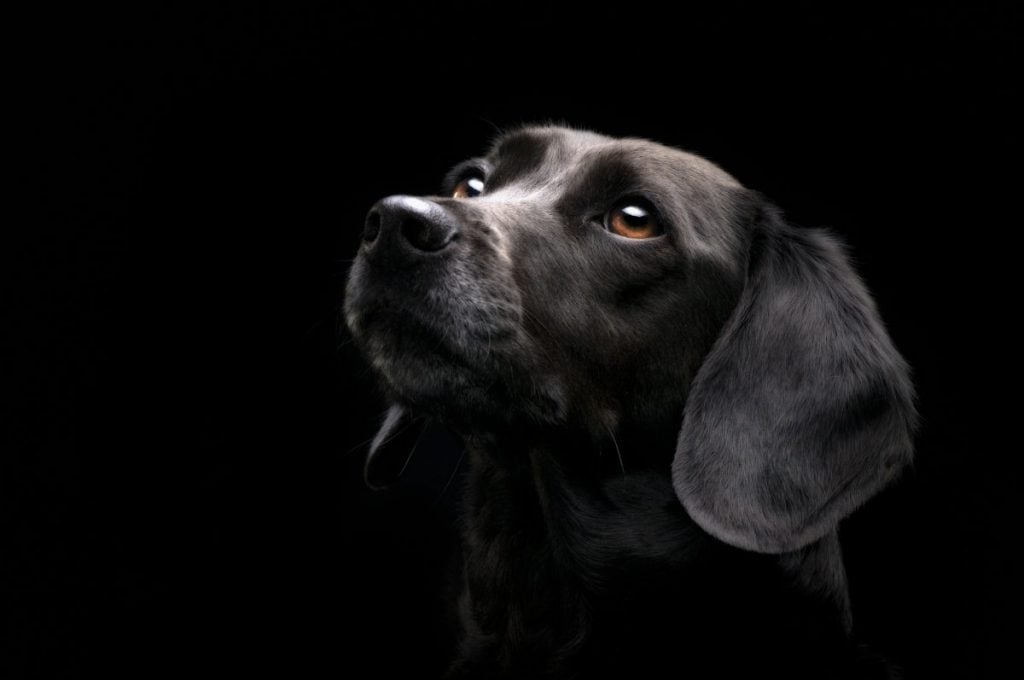 What are signs my dog is afraid of the dark?

The only way to find out for sure is to leave your dog alone with the lights off while you go out for a while. If, when you return, your dog has shown destructive behavior, like digging out the trash or tearing something up, or has had an accident, or is hiding, or is abnormally upset, it’s possible he was afraid. You can even check with your neighbors and ask if your dog was barking while you were out, which is a clear sign he was anxious. However, if this is all normal behavior for your dog when you leave the house, it can be a lot harder to tell if it’s a genuine fear of the dark, or separation anxiety. 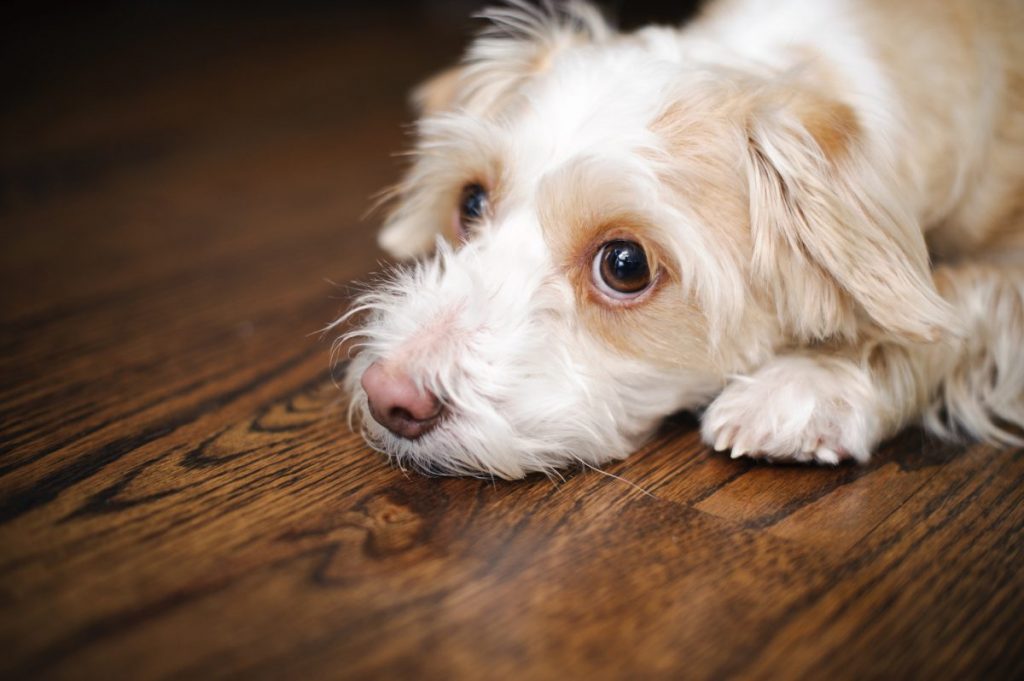 Do dogs like to sleep with the light on or off?

It depends on the dog of course, but pups, like people, generally get a better night’s sleep with the lights off. Think about it -- there are no lights on after sunset in the wild, and animals get to sleep perfectly fine. Some dog owners, however, like to plug in a night light for their pooch, but that’s entirely up to you. 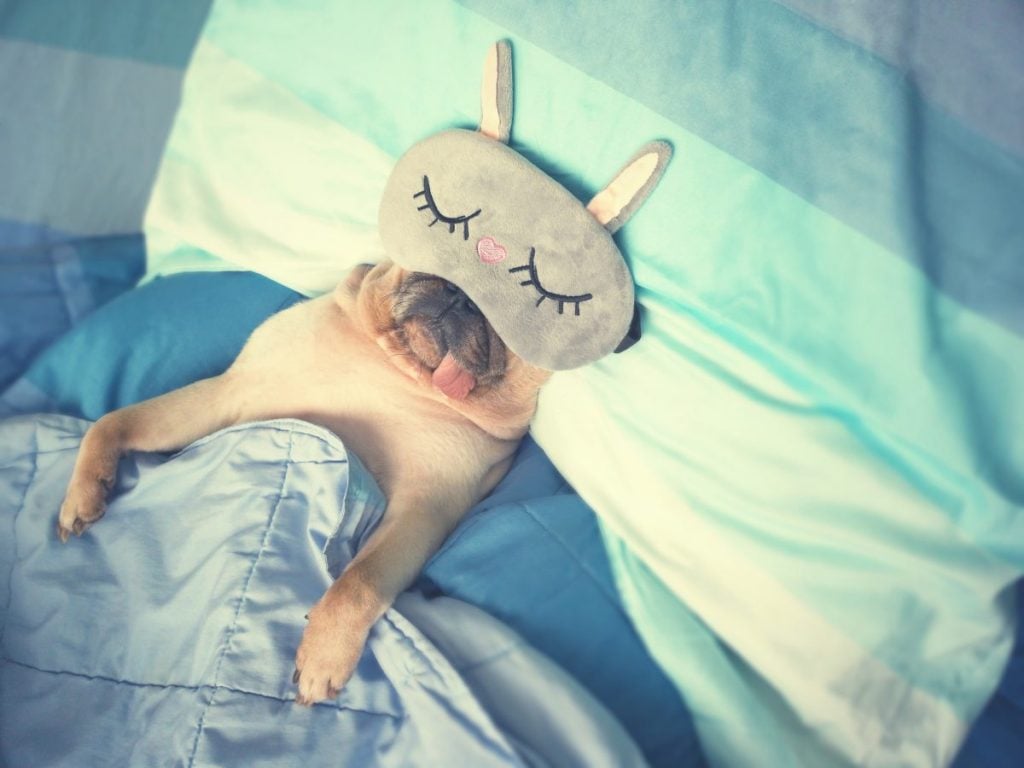 Can dogs tell the difference between night and day?

There aren’t really many signs that indicate for sure whether your pup senses its daytime or nighttime. We, humans, tend to associate nighttime with sleep. But then again, not all humans sleep at night, and you’ll notice your dog will sleep whenever he feels like it. The vast majority of canine habits have changed since they started living with humans. Because they no longer have to hunt and instead rely on being fed at certain times, they go by our timetables. That means when we get up, they get up, because that's usually the first time we feed them. Once we go to bed, the opportunity to get food is no longer there, so the dog goes to bed too. This does not, however, indicate that your dog actually knows or cares that it’s daytime or nighttime -- it just means that he’s on your schedule! 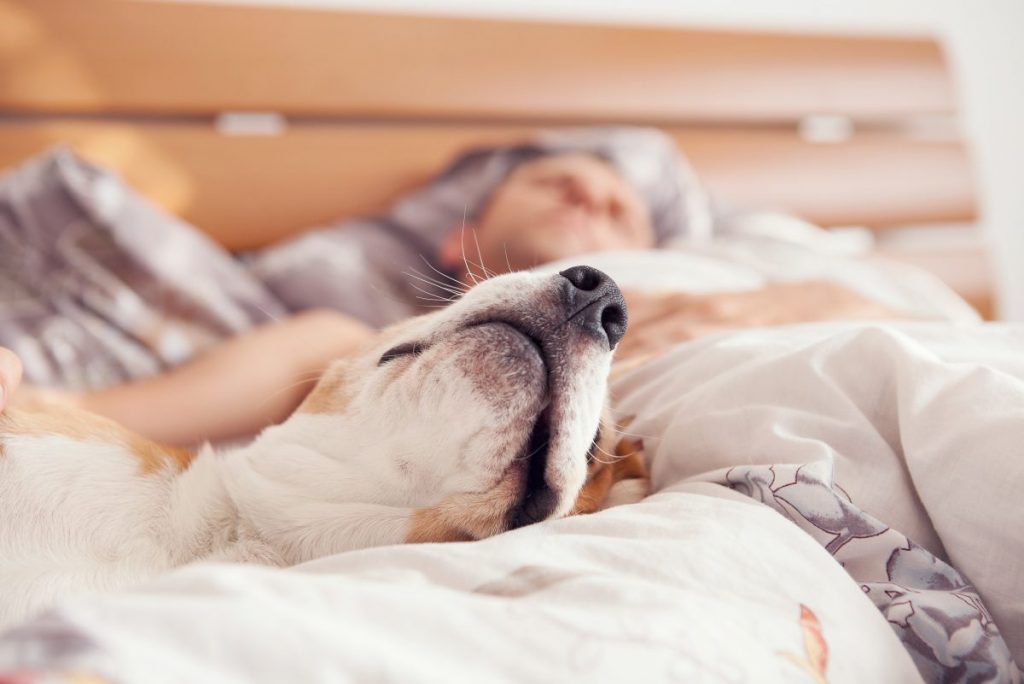 Do dogs see better than humans?

While dogs are more are less colorblind compared to us, pups outperform us in pretty much every other area with their visual abilities. As well as being able to see in the dark, their eyes are anywhere from 10 to 20 times more sensitive to motion at a distance than ours are. This adaptation is very well-suited for hunting in low light conditions at dawn or dusk, something most of us humans would be hopeless at. 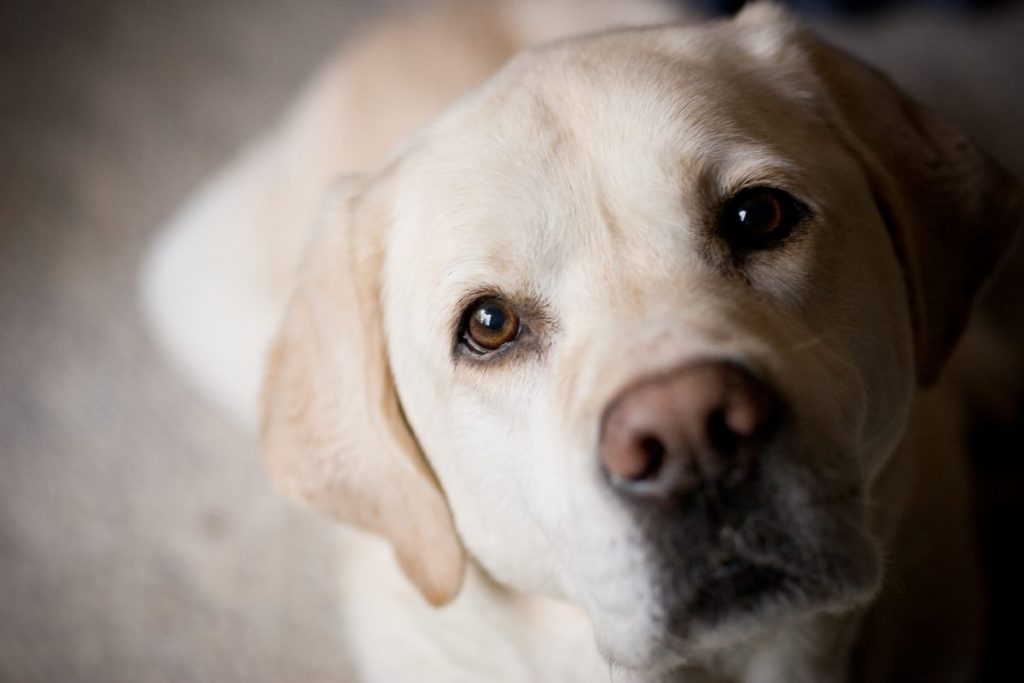 What colors can dogs see?

While dogs, unfortunately, can’t read letters off of an eye chart or choose colors from a color wheel, behavioral testing has revealed that their color vision is pretty limited. In general, dogs can only see the spectrum of blue to yellow, and can’t see the colors ranging from green to red. To a dog, the world is essentially made up of shades of yellow, blue and gray. 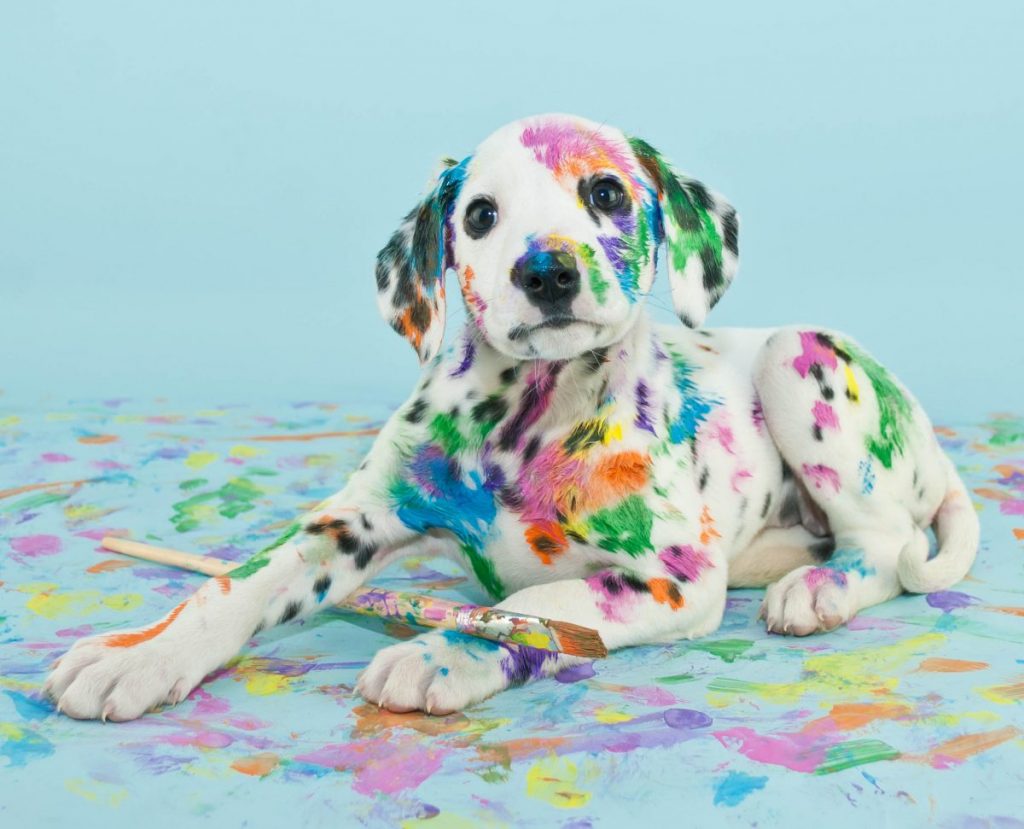 Can a dog be nearsighted?

Although prescription dog glasses would be undeniably adorable, studies have shown that the vast majority of dogs have excellent eyesight and are very rarely nearsighted or farsighted, unlike humans, who tend to have flawed eyes more often than not. And, thanks to the higher concentration of rods in their eyes, dogs’ visual acuity is actually sharper in dim light than in bright light -- quite the opposite of ours! 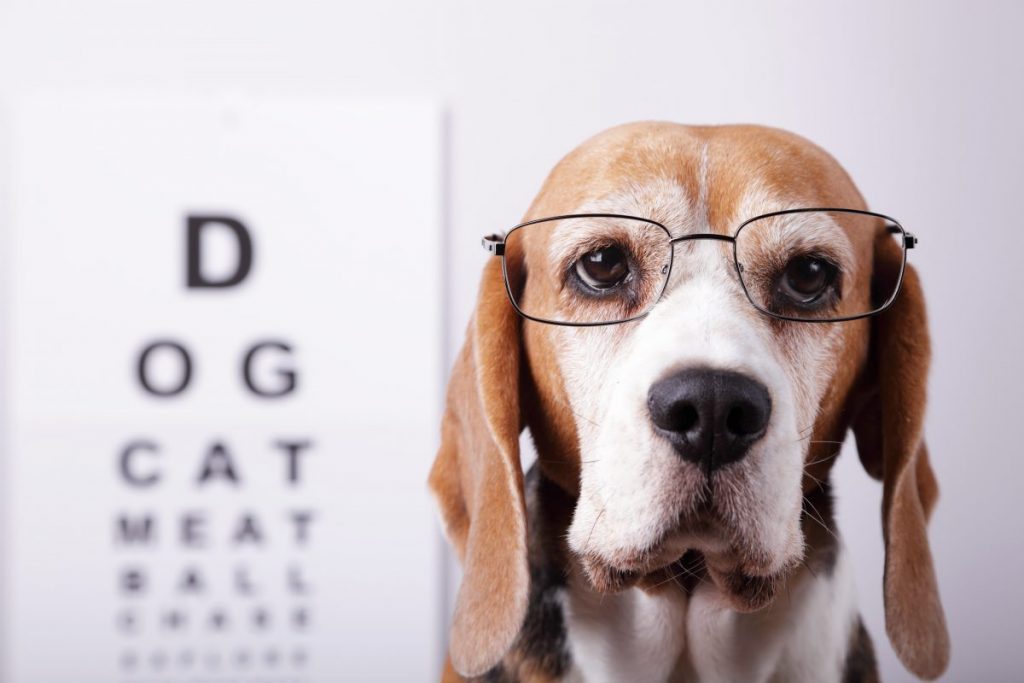 Do different dog breeds have better vision than others?

Greyhounds probably have the best eyesight out of any breed, which compensates for their poor very sense of smell. They hunt purely by sight and can keep their eyes fixed on fast-moving prey, which is why they are so strongly associated with dog racing. While in general, all dogs have above average vision, there are some exceptions. German Shepherds and Rottweilers are more likely than most breeds to have myopia or nearsightedness. 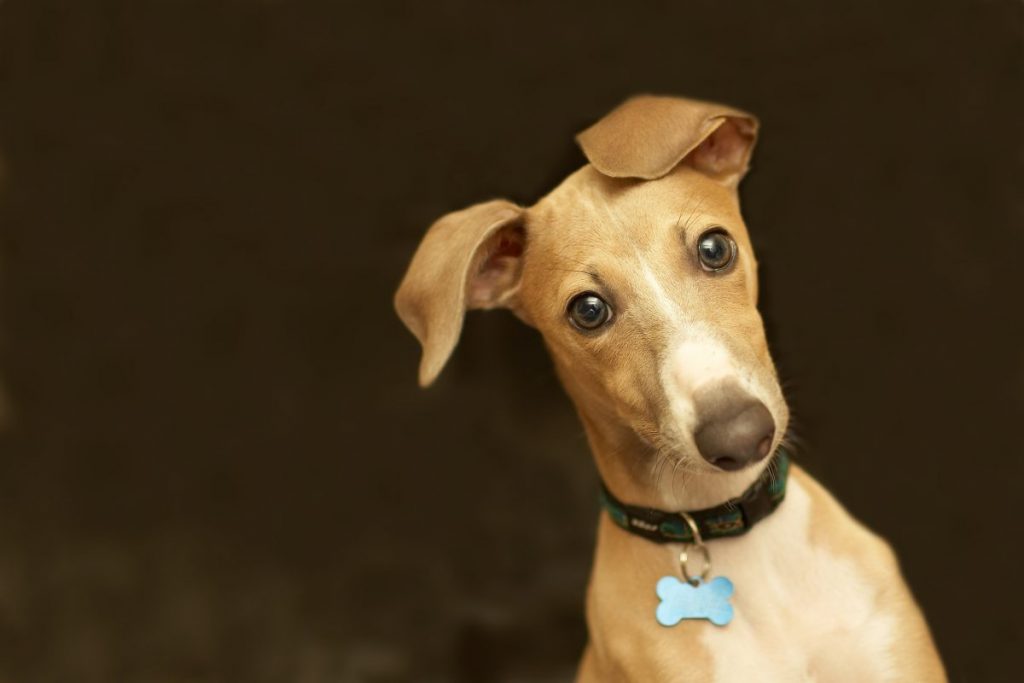 What are the warning signs of vision problems in dogs?

Signs that your dog is experiencing problems with their eyesight include clumsiness, bumping into furniture and walls, becoming easily startled or apprehensive, inability to find toys, loss of playfulness, refusing to go out at night, and excessive sleeping. You should seek immediate veterinary care if you suddenly notice any of these behaviors in your dog. The causes of vision loss and blindness in dogs range from normal aging to inherited illness to injury. Treatment will depend on the cause of the condition. And while the loss of vision is irreversible, after adjusting to his new condition, your pup can still live a long and fulfilling life. 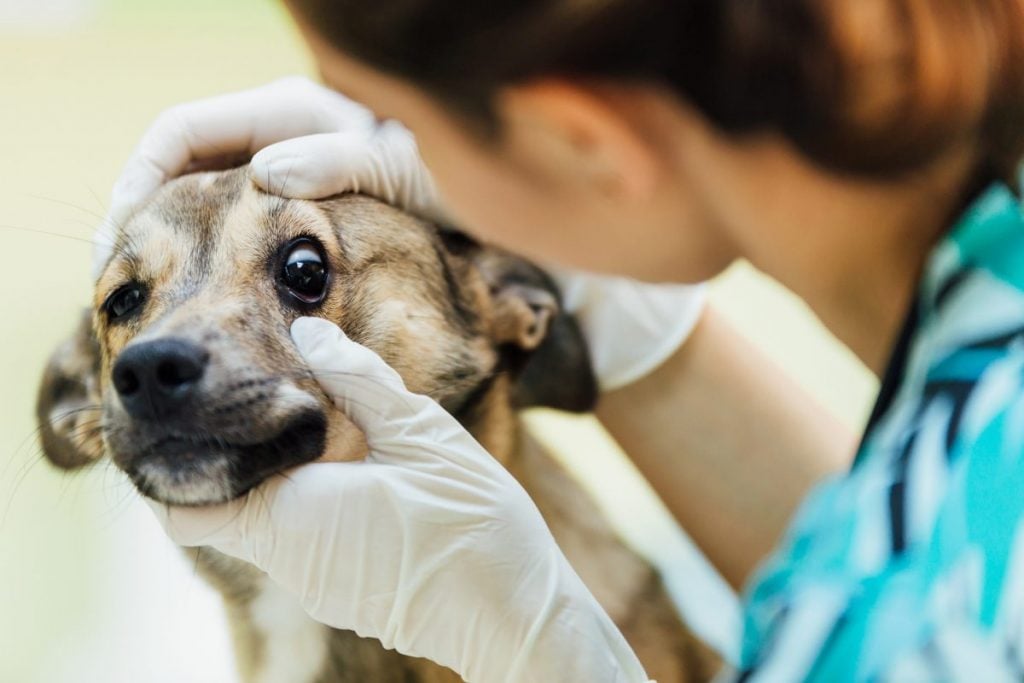