Can dogs eat grapes? The short answer is no! Grapes are highly toxic to dogs -- and yes, that goes for raisins, their dried counterparts, as well. While some pups appear more sensitive than others, a dog’s breed, gender, size or age appears to have no influence on whether or not they are affected, because no quantity of grapes or raisins has ever been proven to be safe for canines. The ASPCA’s Animal Poison Control Center strongly advises against giving any quantity of grapes or raisins to your dog at any time.

Why are grapes toxic to dogs?

Unfortunately, the substance that makes grapes and raisins so incredibly poisonous to canines has yet to be pinpointed by researchers. All we know is that when your dog ingests either, there is a chemical in the fruit which has the potential to cause a reaction that could likely lead to sudden kidney failure. 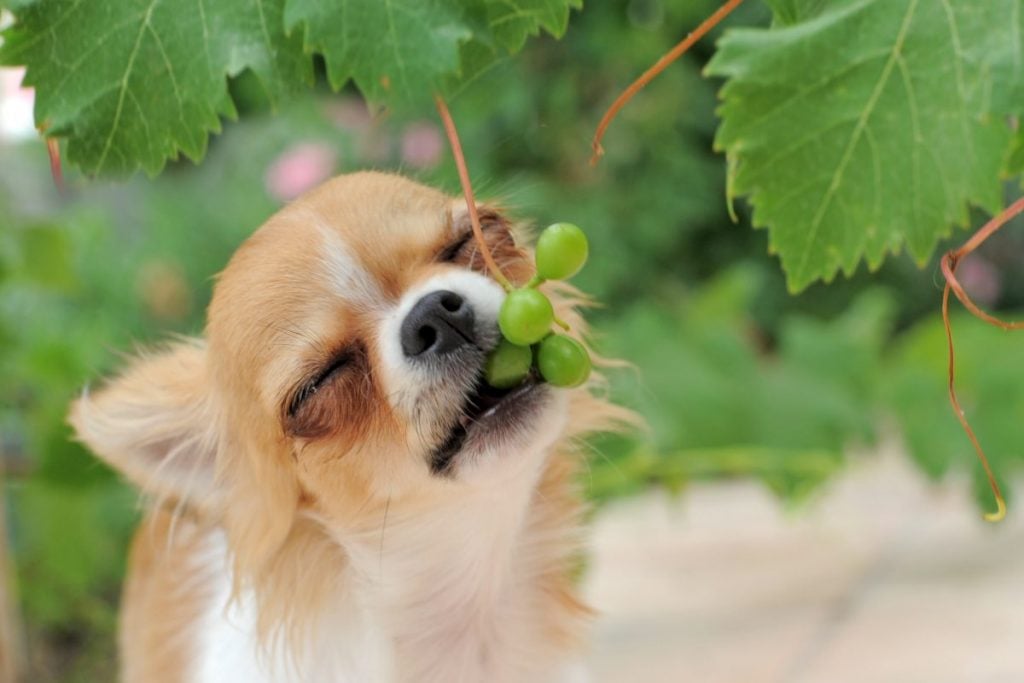 Can a single grape kill a dog?

While it’s no myth that grapes and raisins are highly toxic to dogs and should not be given to them in any quantity, it usually takes more than just one to cause a reaction. Research has found that in nine out of the top 10 dog breeds, it usually takes at least three grapes to trigger possible kidney failure. 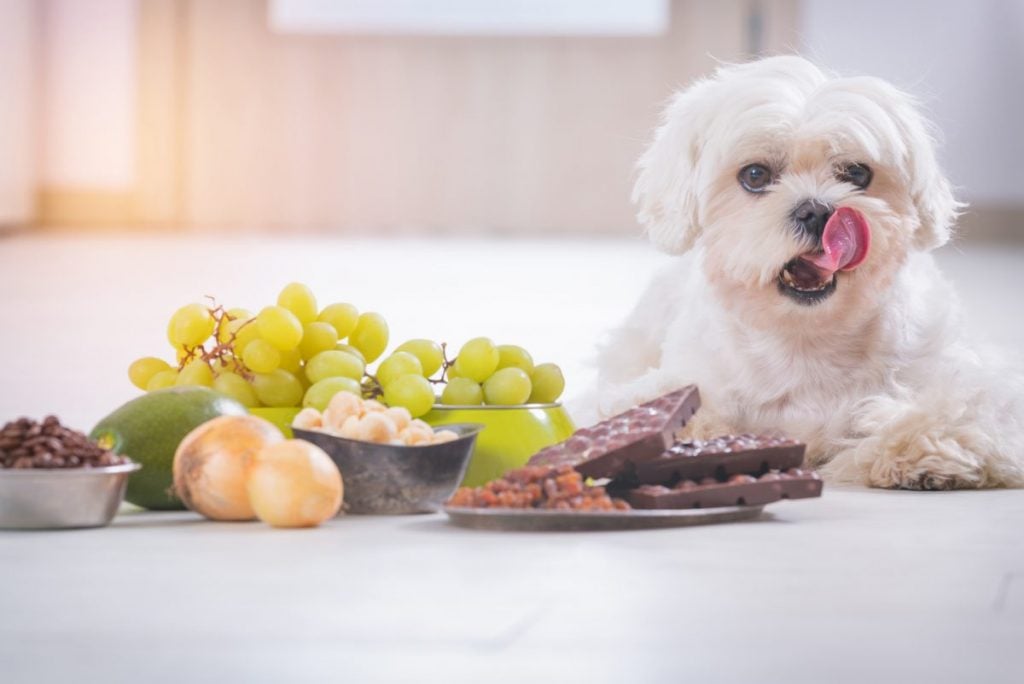 What happens if my dog eats a grape?

It doesn’t matter what breed, gender, size or age your dog is -- grapes and raisins have the potential to cause serious complications, and there is no way to predict how seriously your dog will be affected. One of the most severe side effects of grape or raisin toxicity is severe kidney damage leading to acute kidney failure and anuria - the inability to produce urine. 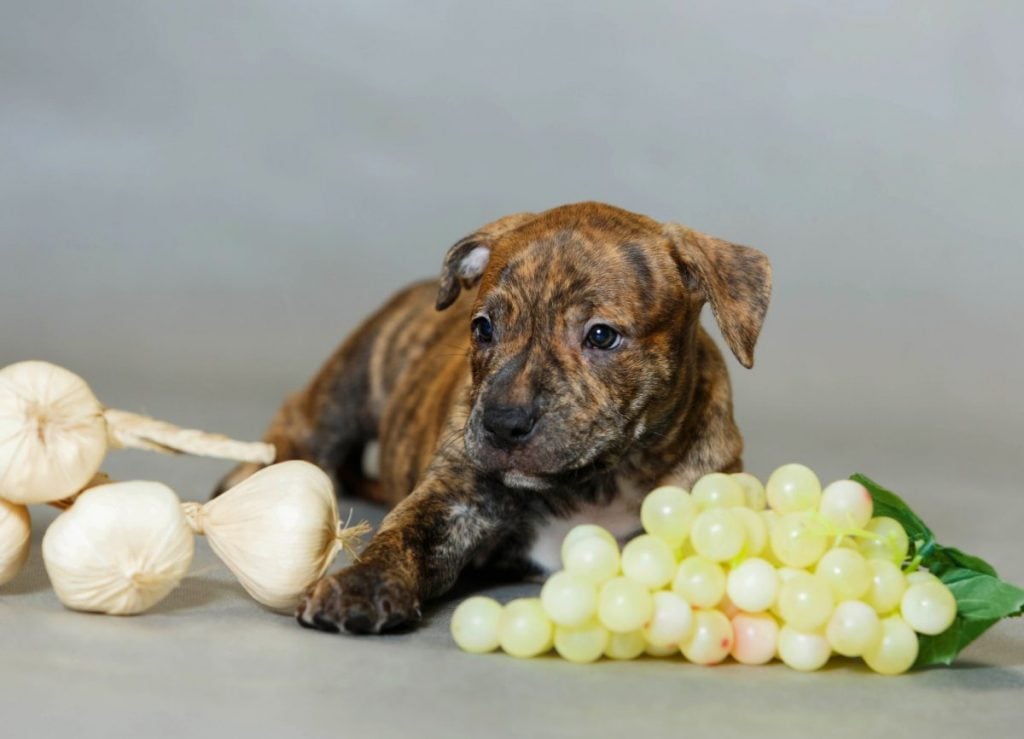 How soon will a dog get sick after eating grapes?

If your dog is sensitive to grapes and they ingest an amount which is toxic to them, you’ll start to notice these symptoms within the first 24-48 hours after your dog has eaten grapes or raisins. The first symptoms generally show up in the digestive system -- diarrhea and vomiting -- you will likely notice grape or raisin residue in their stool or vomit. They might also lose their appetites and start to drink excessively. 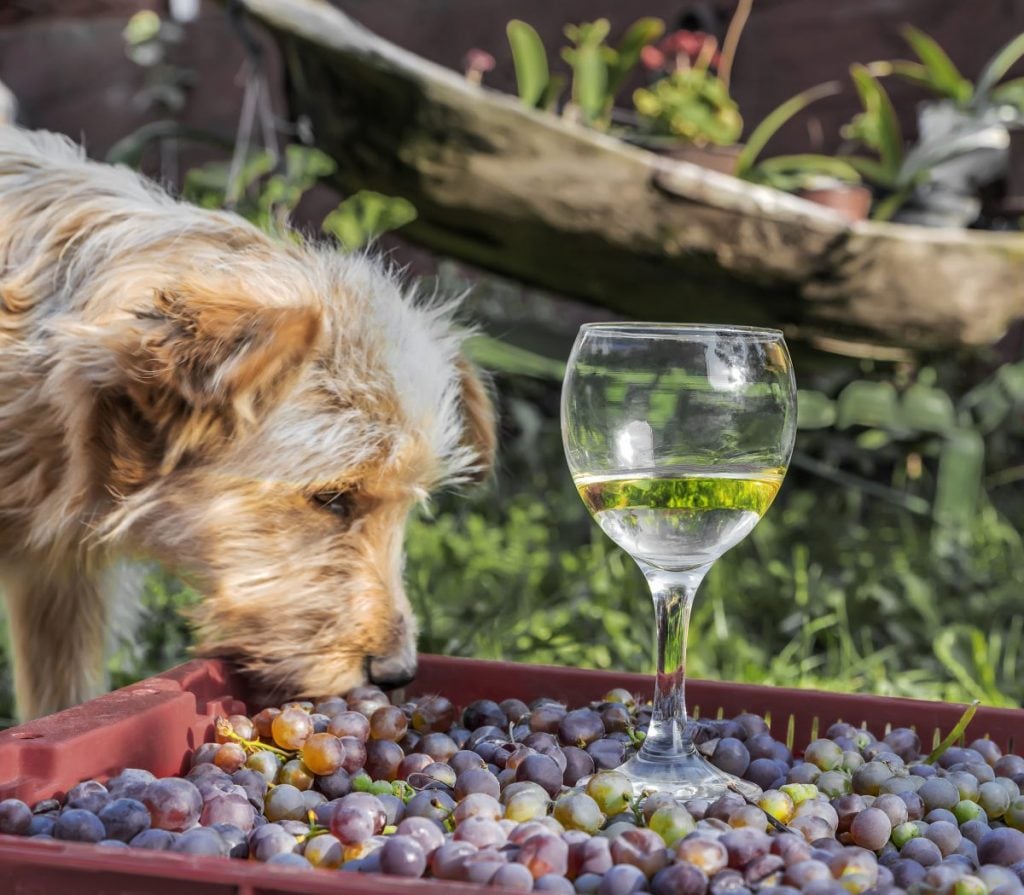 How long can a dog live after eating grapes?

When left untreated, sometimes the toxic effects of grapes and raisins can go on as long as three days, and even up to three weeks. Once kidney problems have developed, it’s probably too late, and your dog will have a poor prognosis and be unlikely ever fully to recover. In other words, if you suspect your dog has ingested grapes or raisins, don’t fret about bringing them to the vet! 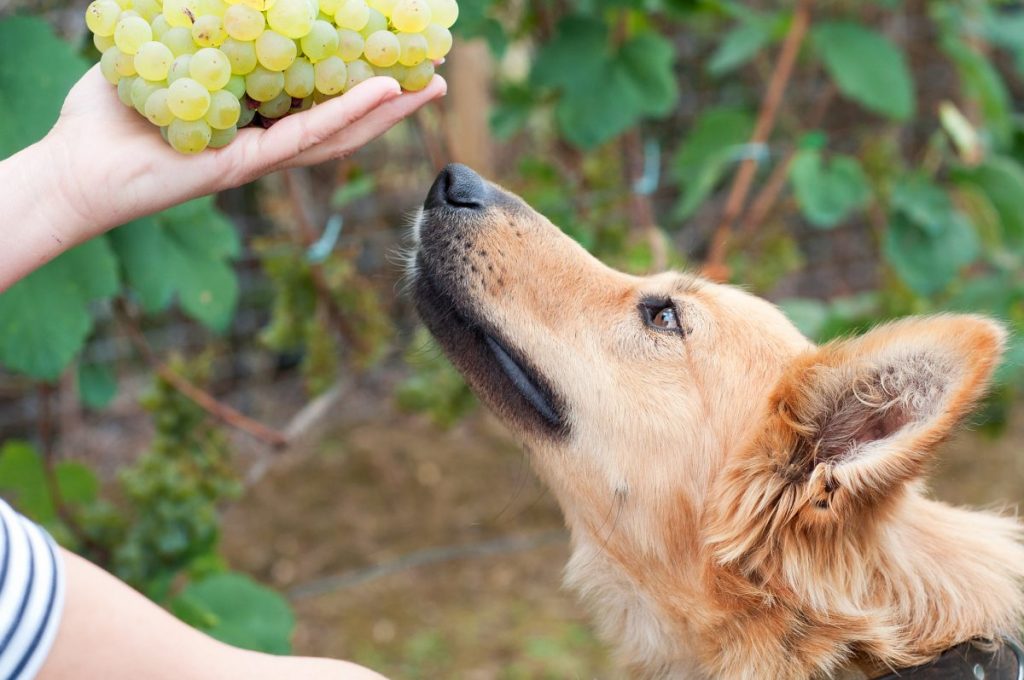 What do I do if my dog eats a grape?

Immediately seek veterinary care. If your dog is treated quickly enough, you can avoid many of the more serious adverse effects of grape or raisin consumption. The treatment plan for your dog is very simple once you arrive at the vet’s office. It often starts with inducing vomiting to remove the fruit from your dog’s system. After that, there is no specific antidote. The only thing your vet will be able to do is to keep tabs on your dog’s kidneys to the best of their ability. 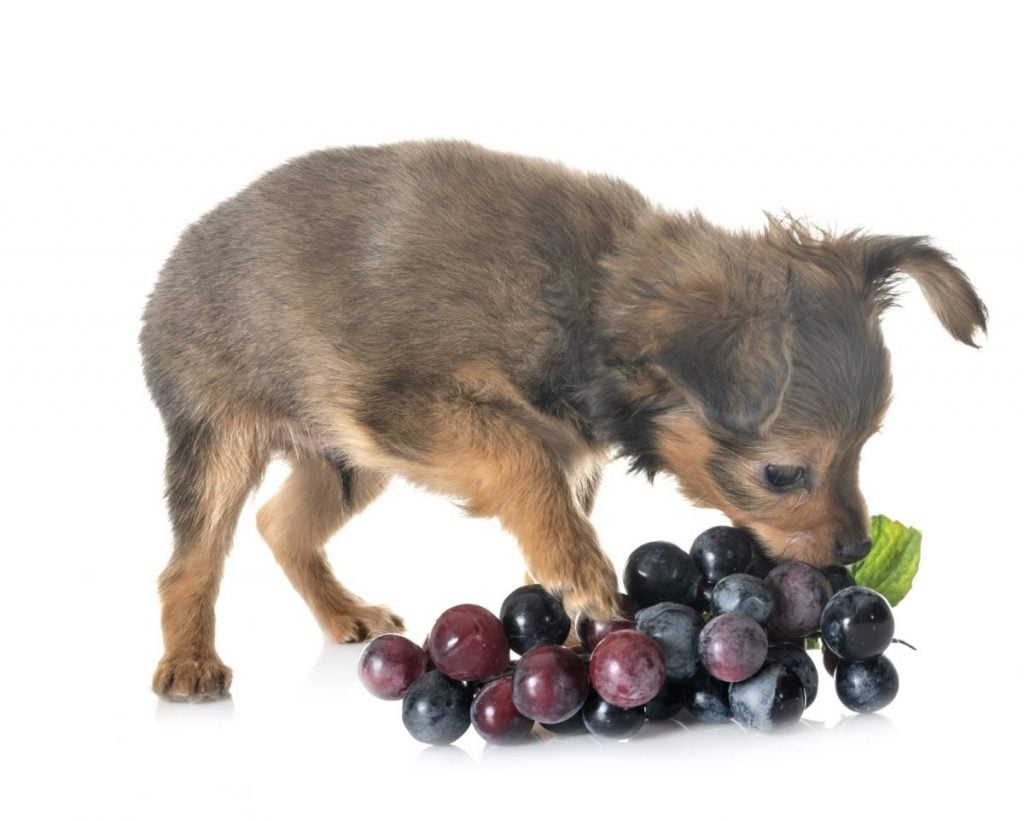 What other fruits are toxic to dogs?

Besides grapes and raisins, cherries are also a no-no and are very poisonous to your pet. Citrus fruit, such as lemons, limes or grapefruit contain chemical compounds which are dangerous for dogs in large quantities, but even in smaller amounts cause gastrointestinal distress. Persimmons should also never be given to dogs. 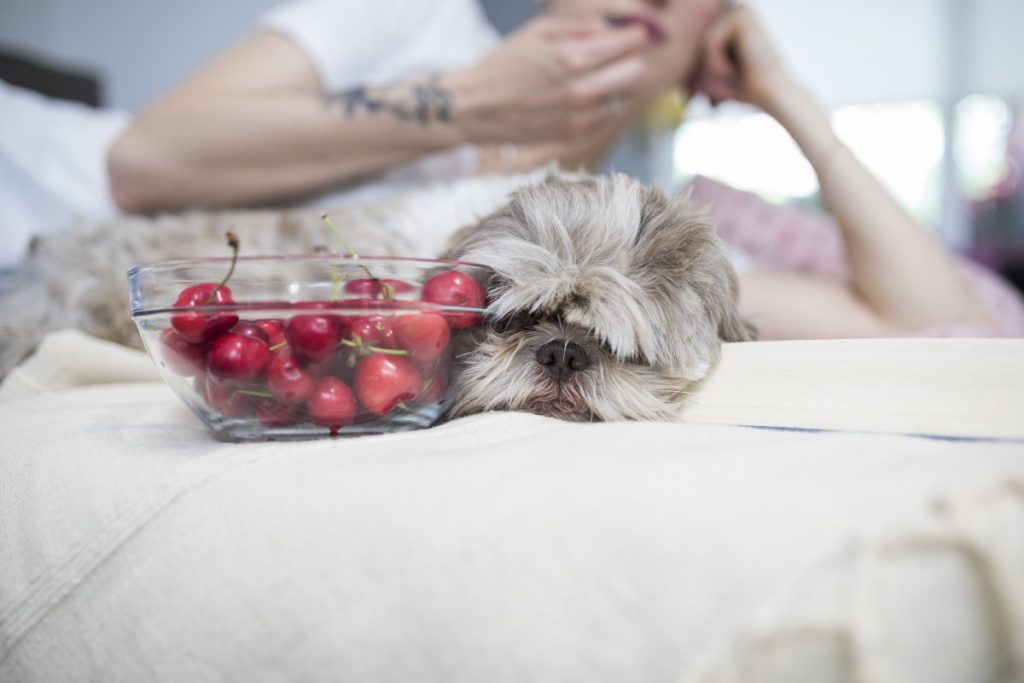 What fruits are good for dogs?

We wouldn’t blame you if you were wary of giving your furry friend any fruit at all at this point, but the right fruit can actually add a nutritional boost to your dog’s diet in reasonable quantities. Apples, apricots, bananas, blueberries, cantaloupes, cranberries, mangos, pears, pineapples, raspberries, strawberries, and watermelons can all be very healthy snacks for dogs. To be safe, always consult with your vet first! 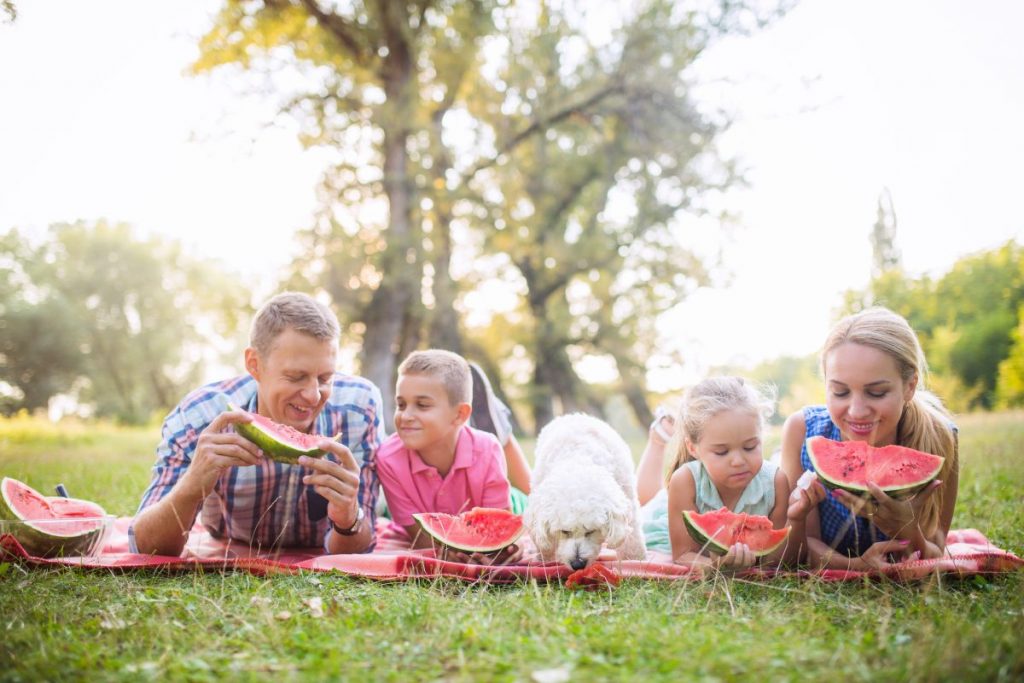 No. Again, because it’s still unclear what substance makes grapes so dangerous to dogs, removing the seeds or the skin, or even cooking them, is likely not going to make them any less toxic. It also doesn’t matter if the grapes are red, purple or green, or what variety they are either. 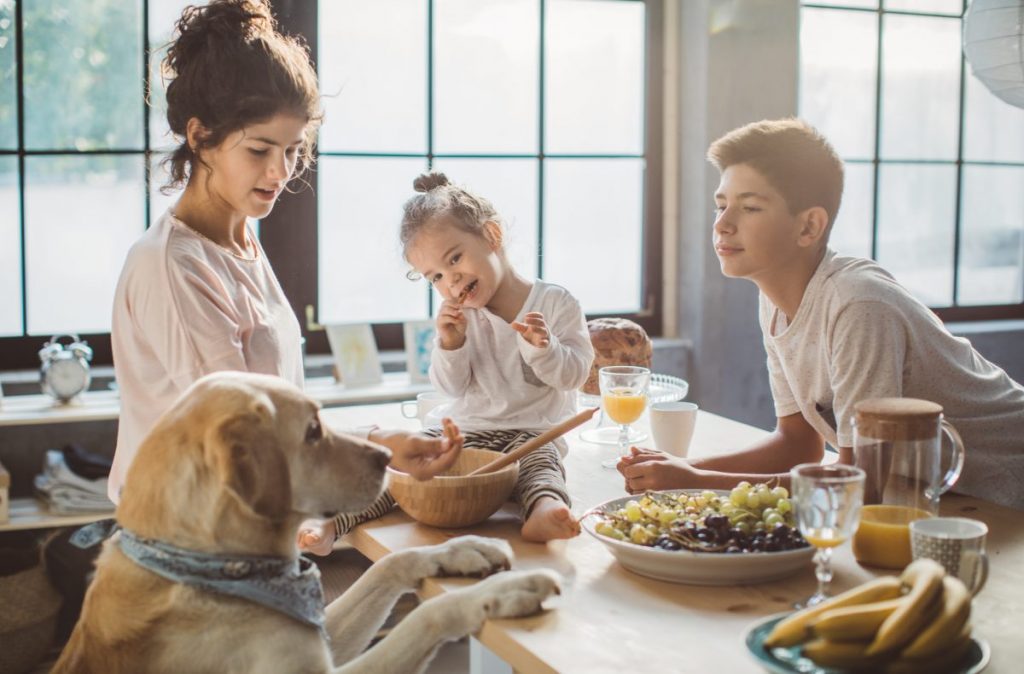 What about grape jelly or grape juice?

Even though certain products, like grape jelly and grape juice, seem like they’d be more diluted than straight up grapes, it’s best to play it safe and assume anything derived from grapes is toxic. If your dog has licked up some grape jelly or lapped up some grape juice, it probably won’t kill them, but you’re better off keeping any kind of grape product out of your house if you have a dog. 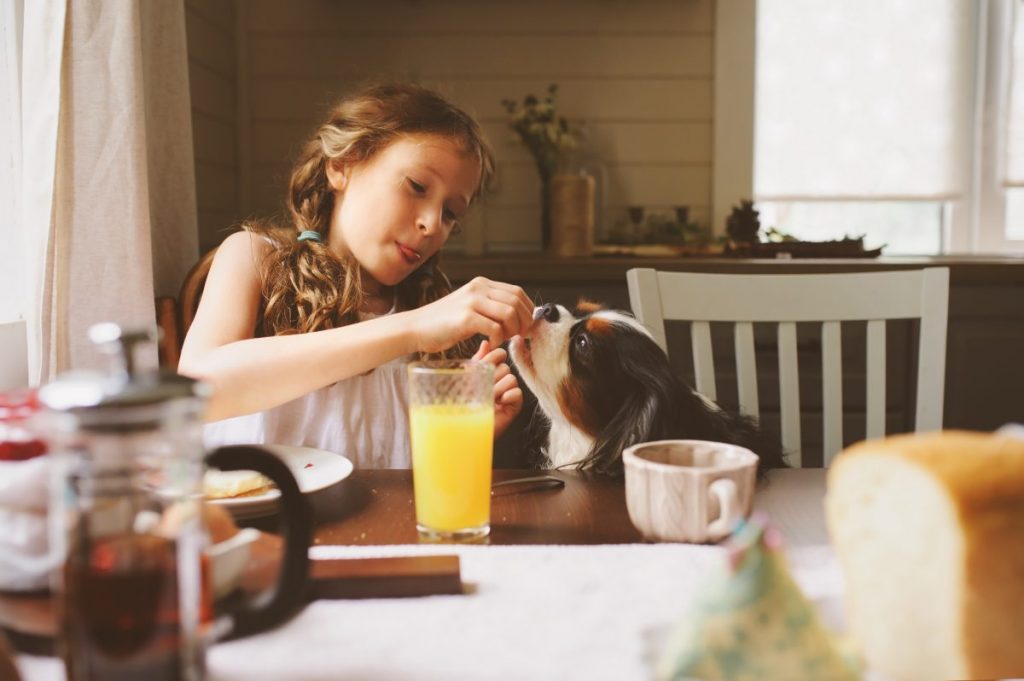