Sharing a home with a big dog can be reassuring. Not only do they serve as a guardian, but they’re also great companions to curl up with at the end of a long day. Bullmastiffs are one of the most loyal, mellow, yet protective breeds around, and they are excellent indoor dogs. If you’re looking for a devoted, affectionate, canine BFF, and don’t mind a few pools of drool here and there, consider welcoming a Bullmastiff into your household.

In the mid-1800s, English gamekeepers sought a dog who would assist them in discouraging poachers from stealing their game. During this time, gangs of men would descend on an estate and steal large amounts of deer, pheasants, partridges, hares, and woodcocks, which fetched high prices on local markets. The issue became so serious that they would strip some estates bare. Gamekeepers who had the responsibility of protecting game on these estates needed a dog that could quietly and quickly track down poachers and hold them without harming them. By crossing the Mastiff with a now-extinct breed, the Old English Bulldog, they created the Bullmastiff breed. This new breed was calm, fast, more aggressive than the Mastiff, yet less ferocious than the Old English Bulldog.

Because they are not super-active dogs, Bullmastiffs only require a couple of walks each day to stay fit. This makes them an ideal dog for city life and living in smaller spaces despite their large size. Like most companion pets, they prefer being around their human family, but they tolerate being alone during the workday without becoming overly anxious like some other breeds. As long as owners spend quality one-on-one time with their Bullmastiff after returning home each day, these dogs will reward them with good behavior while they’re away. 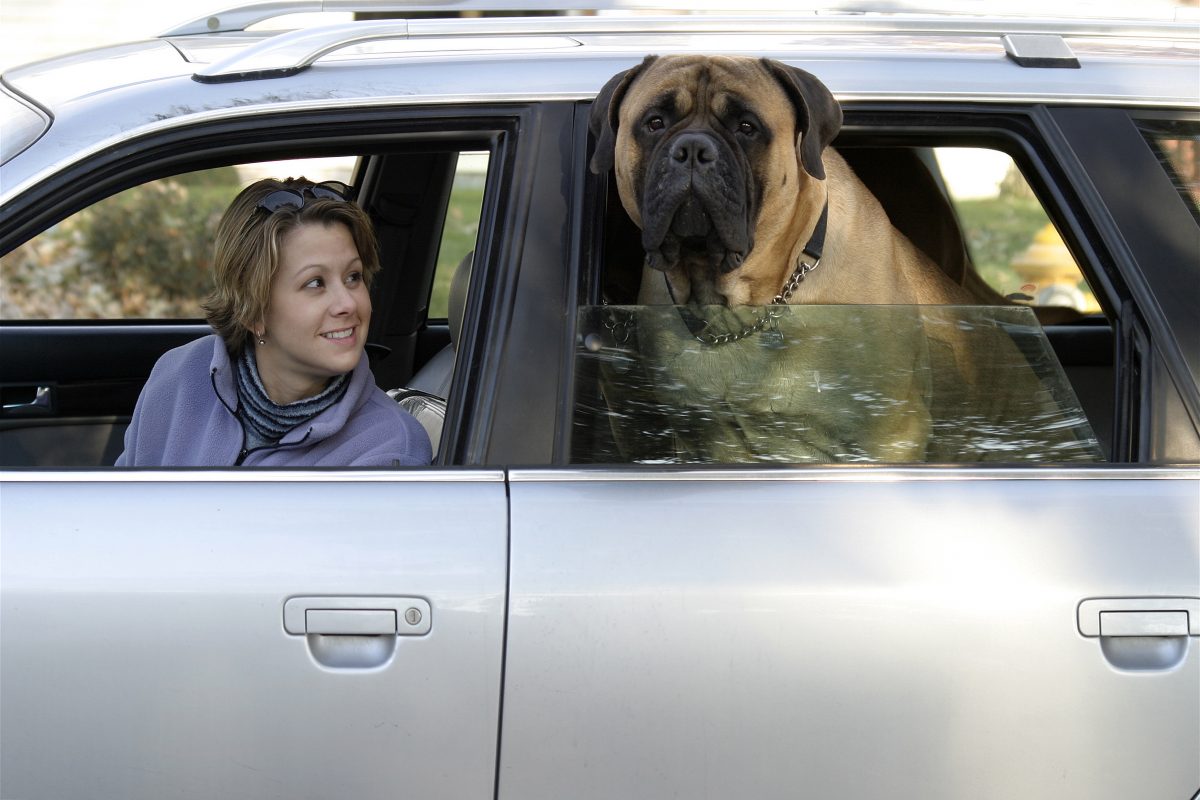 Drooling is a fact of life for people who choose to share their lives with a Bullmastiff. It’s common in breeds that have head and lip anatomies that can’t retain the amounts of drool they produce. Bullmastiffs, along with a few other breeds, have extra skin folds around their muzzles and lips, which trap the saliva until it finally drips or flies into the air when the dog shakes its head. Bullmastiff owners quickly learn the benefits of keeping a drool rag close by. Some owners tie a handkerchief or bandanna around their dog’s mouth to be ready for the inevitable drippage. 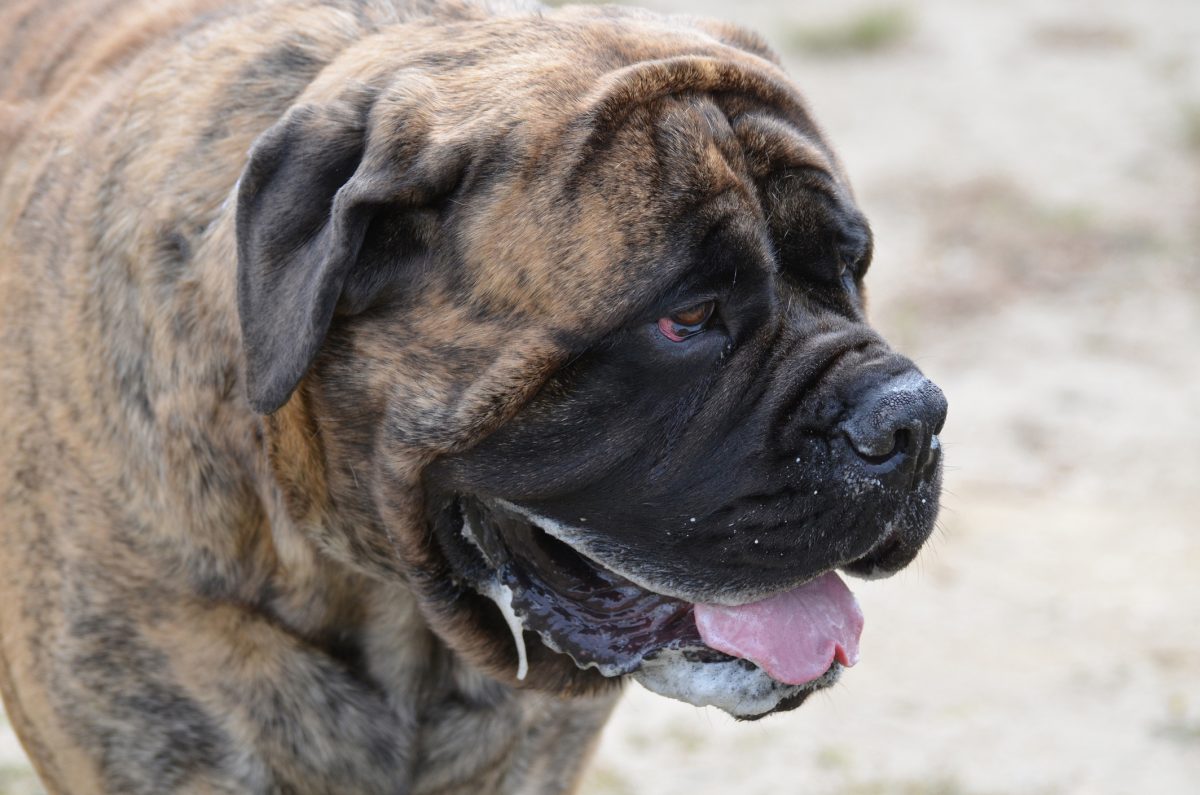 Bullmastiffs are not high-maintenance dogs

This breed experiences seasonal shedding but not in excessive amounts. Owners can keep hair off the furniture and floor through regular grooming. Occasional baths, regular toothbrushing, and brushing will help keep your Bullmastiff odor-free. When grooming, pay close attention to any signs of dry skin or coat issues, which could be symptoms of allergies or a skin condition. Check the ears for odors or a coffee-ground like discharge, which are usually signs of an ear infection or ear mites. 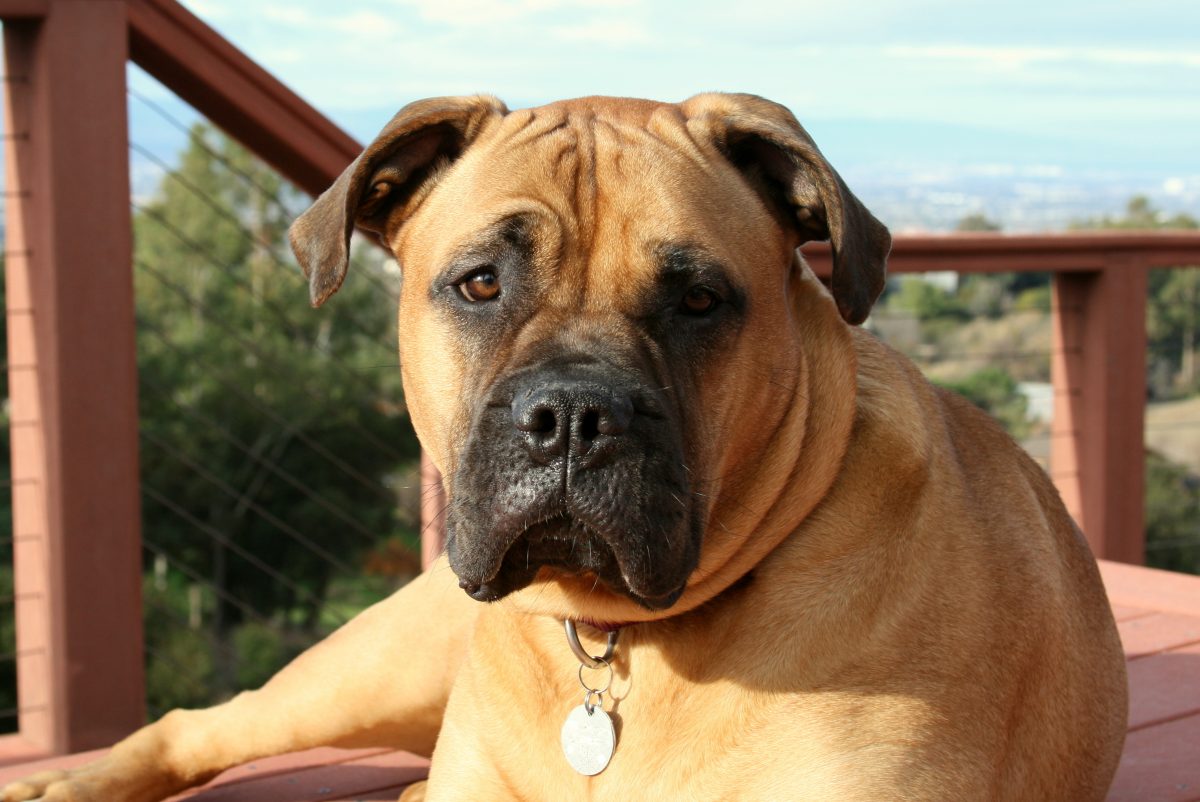 Bullmastiffs “talk” to their humans

To the delight of many Bullmastiff owners, this breed often communicates with them through a series of snorts and grumbles. They may sigh when they feel tired or let their owner know that they need some attention with a soft “woof.” Talk to your companion often, and you’ll likely find that they start to answer you back. You’ll also develop a deeper understanding of each other. 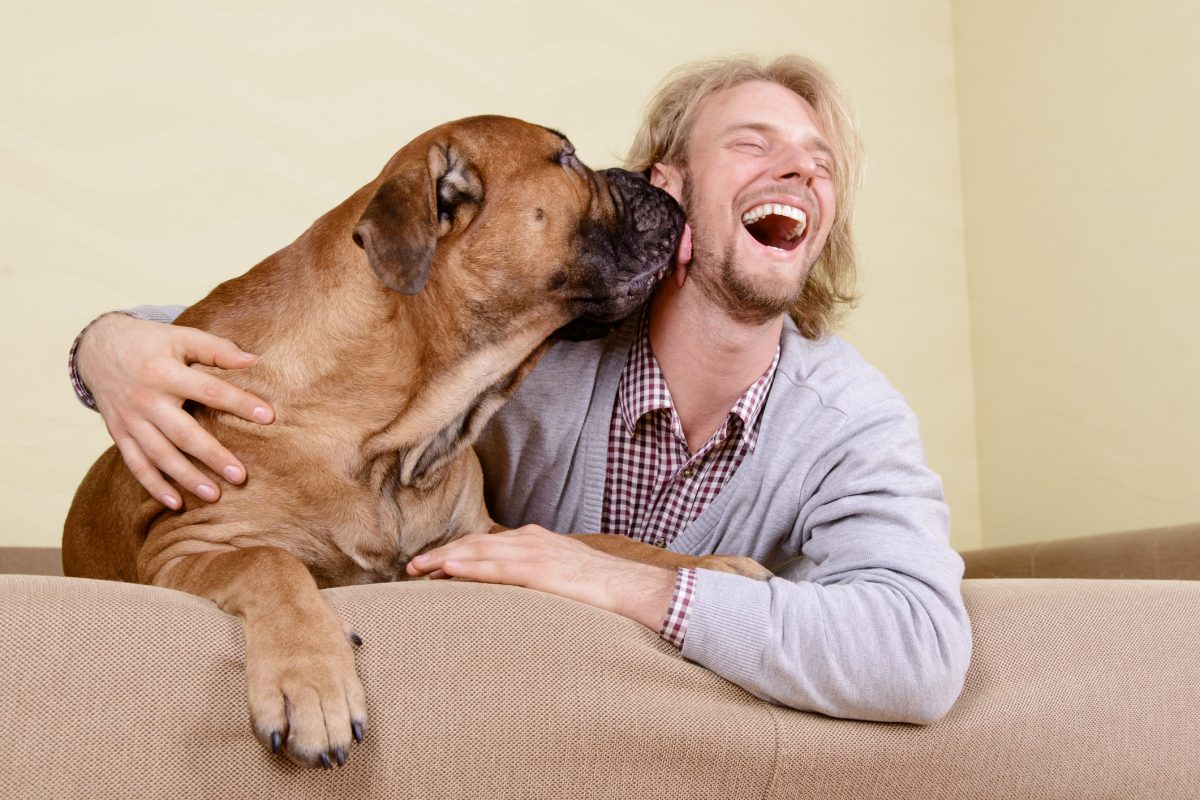 Setting boundaries at a young age is essential for sharing a household with this large, powerful canine. Bullmastiffs can be territorial. They won’t hesitate to protect their home and family, but they can also have strong wills. Early socialization and obedience training helps the dog understand its role within the household and creates a more confident pet. Negative behaviors in this breed often result from a lack of training, an owner who was unable to gain the dog’s respect from a young age or forcing the dog to live outdoors without access to their humans. 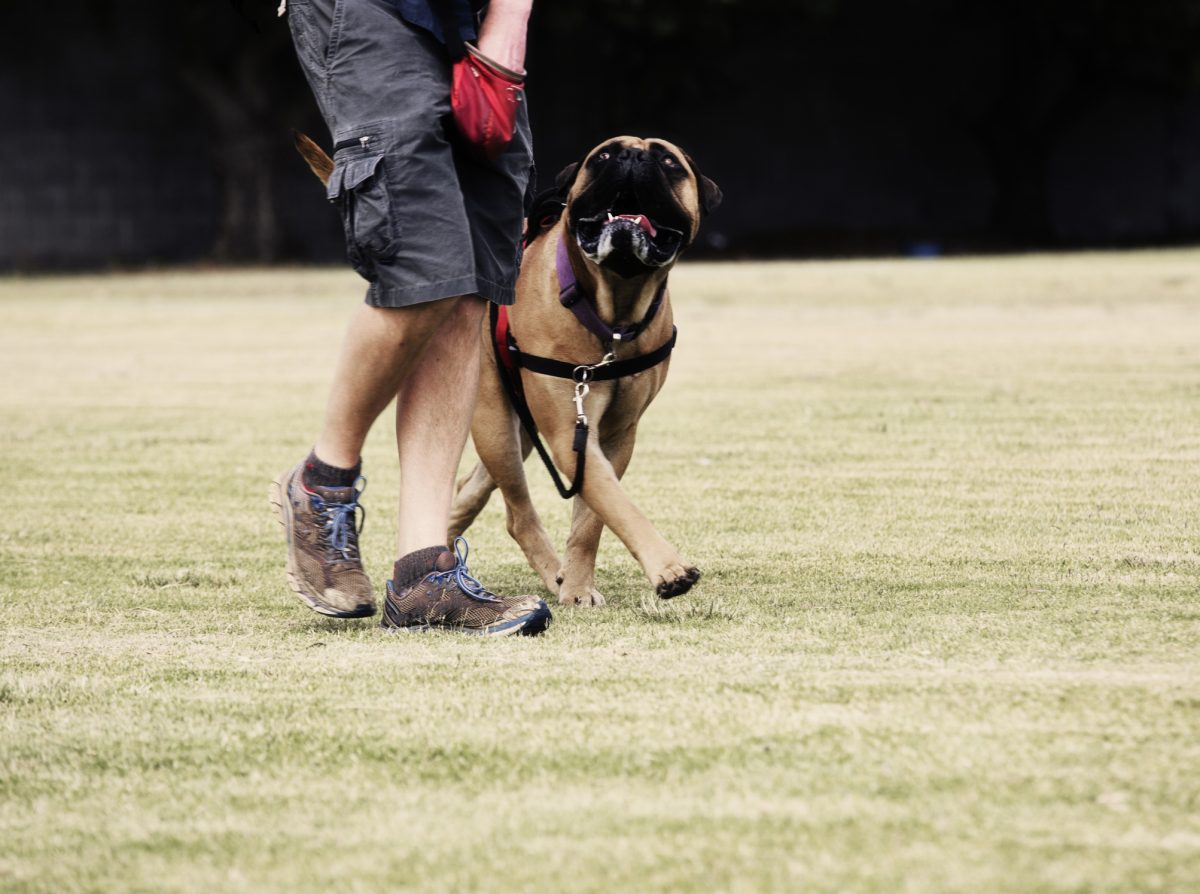 Most Bullmastiffs love to eat and can be gluttons at mealtime. They generally eat between two and three cups of food each day. However, this can vary with their size, activity level, and the quality of their food, so check with your vet if you’re concerned about their diet. Splitting meals into twice-a-day feedings can help diminish the chance of your dog developing bloat, a serious condition that leads to excessive gas production and stomach torsion. This issue can occur after large meals or when dogs gulp down their food. Because Bullmastiffs are less active and love to eat, they are also more prone to weight gain, which leads to other health problems. 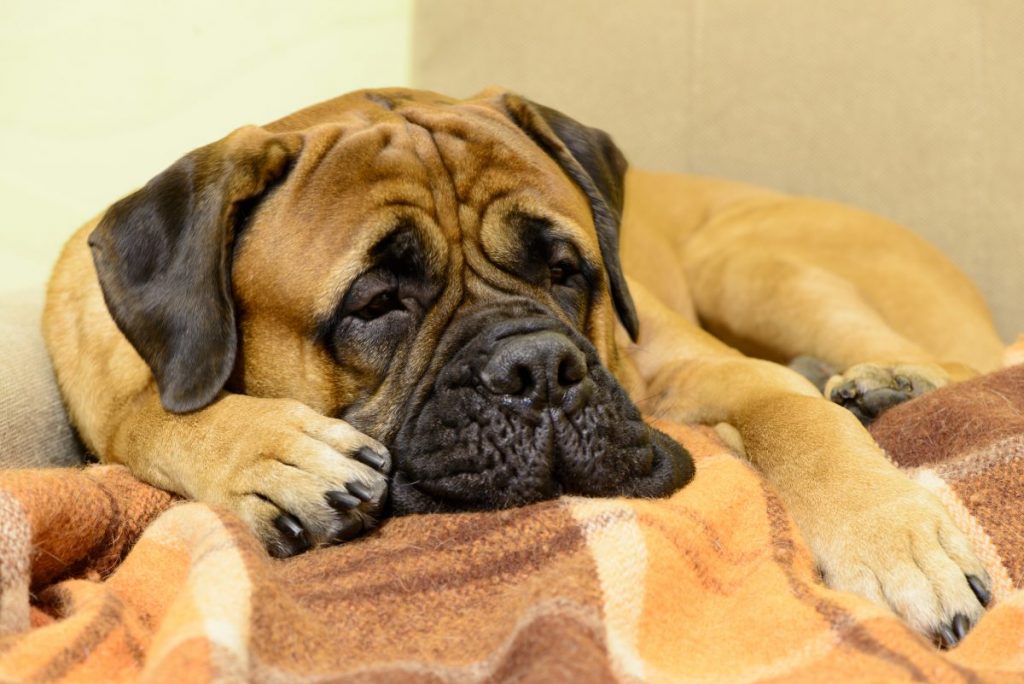 Bullmastiffs are vulnerable to overheating

The breed’s short snout makes them prone to overheating issues in hot weather, so it’s important to keep them cool to prevent heat stroke. Avoid excessive physical activities when the temperatures are high and don’t walk them on hot asphalt or pavement. Restricting your dog’s panting in any way, such as putting a muzzle on them, can be detrimental to their health. 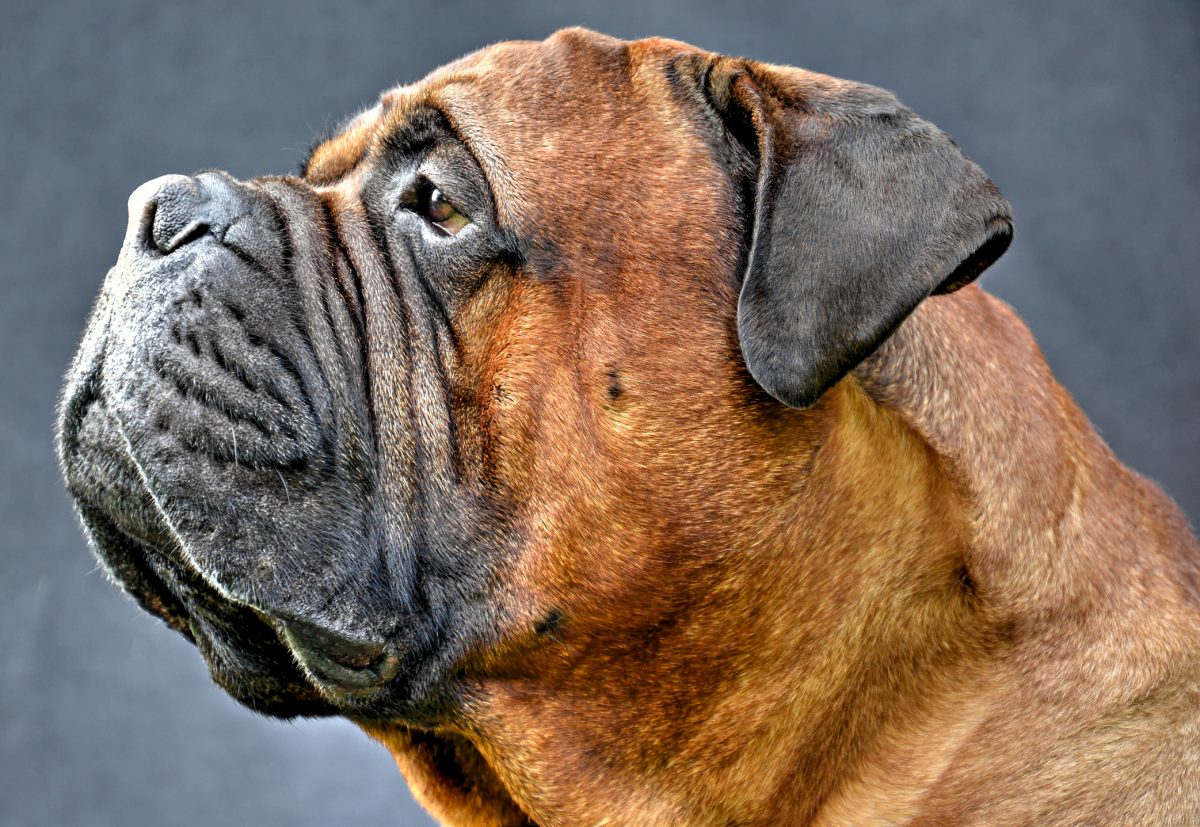 These heavy-boned canines have a broad head, expressive eyes, and a powerful build. Coat colors include fawn, which is the most common, red, and brindle, which has black stripes over a fawn or red background. Mastiffs have a black mask across their faces and may have a small white marking on the chest. A mature adult male will grow to an average height of 26 inches and a weight of 120 pounds. Females are slightly smaller. 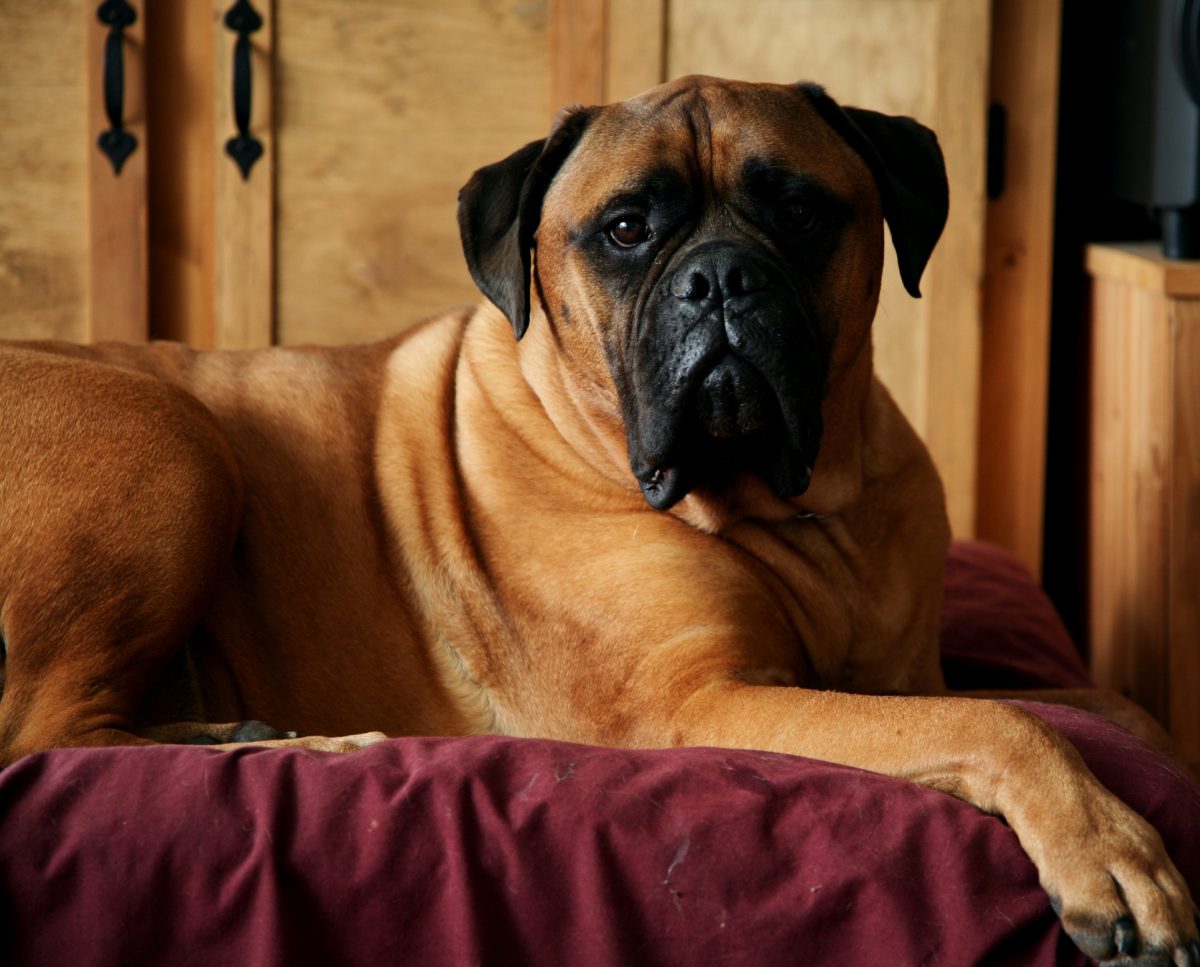 Bullmastiffs function better in homes without other pets

Multiple-pet households are not ideal homes for Bullmastiffs. Many breed experts warn that Bullmastiffs don’t love other canines, especially those that are the same sex. This breed tends to have a high prey drive, which often leads to harassing the family cat or other smaller pets, no matter how long they’ve shared space. If an animal or uninvited human enters your yard while your Bullmastiff is on patrol, your dog’s territorial instincts will kick in, and they’ll drive it out. 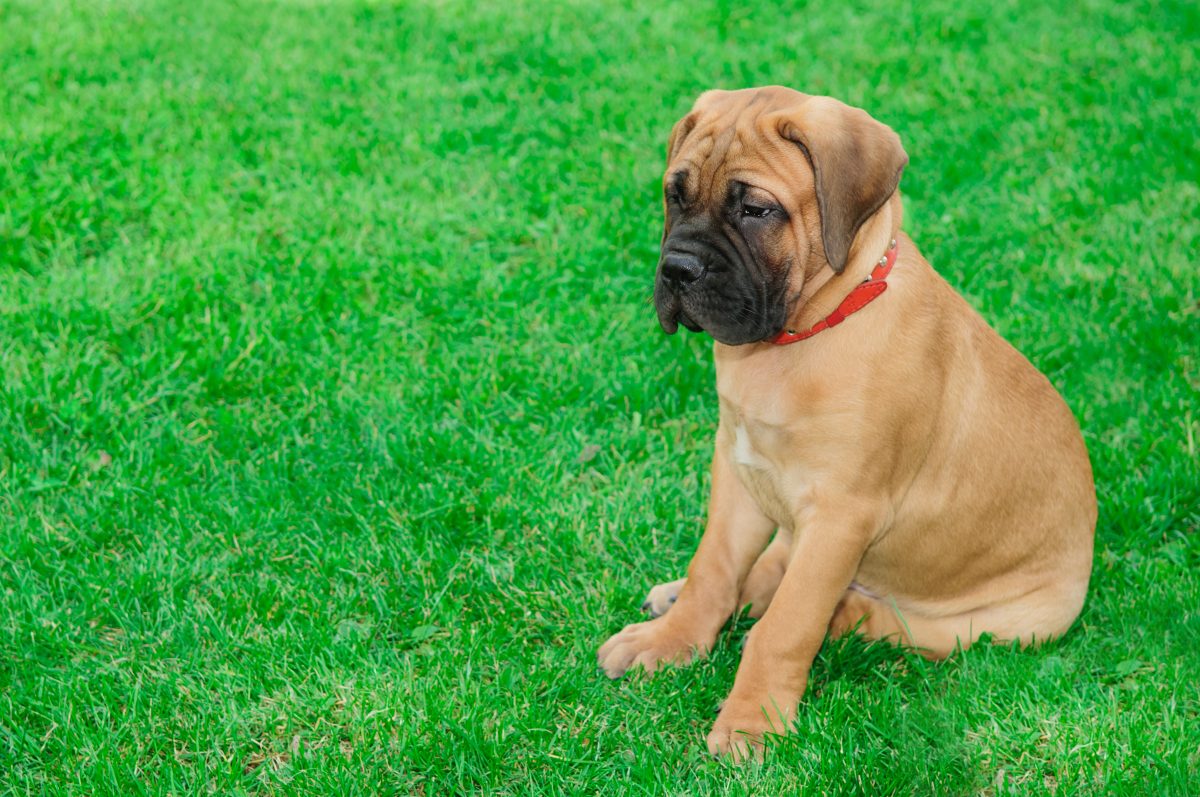