If you're looking for an 80-pound fur baby, who enjoys carrying on conversations with you and is an affectionate and loving companion, the Alaskan Malamute may be the dog for you. This breed is powerful, and its size can be intimidating, but don't expect these canines to take on a guard dog role. It's not in their trusting nature. They'd prefer to have fun, playing, or taking long excursions alongside their human BFF.

The Malamute originated in Alaska. Breed historians say the Malamute gets its name from an Inuit tribe in northwestern Alaska, the Mahlemuts. They're not sure of its exact origins, but Malamute descendants may have been hunting companions of the Paleolithic hunters who arrived in North America more than 4000 years ago. Three different strains of the breed developed due to the vast distance between Inuit settlements. The American Kennel Club recognized the original strain, Kotzebue, in 1935. It wasn't until after World War II and the near-extinction of the breed that the AKC listed the other two strains, M'Loot and Hinman, into the official record and pedigree for the breed. Modern Malamutes are a mixture of the three. 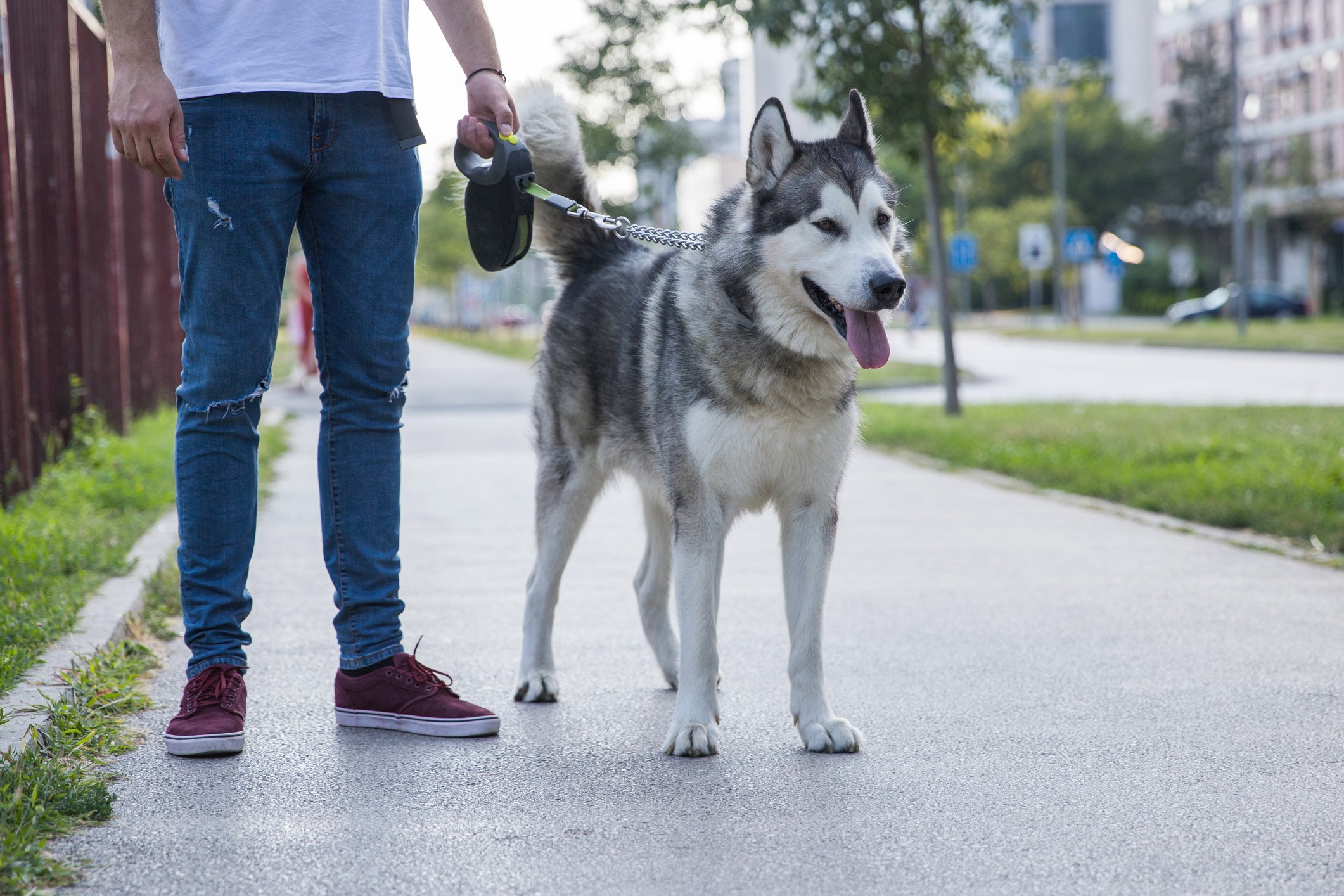 The Malamute is a member of the Spitz family

Most people immediately think of a wolf when they see an Alaskan Malamute for the first time. In reality, they belong to the Spitz family, a group of cousin breeds that include Akitas, Elkhounds, Chow Chows, and Siberian Huskies. These dogs all share the curled tails, and alert, pricked ears. They also have double coats, with thick under hair that supports the longer hair on the outer coat. Their "standoff fur" is fur that stands out from the body instead of laying smoothly across it. 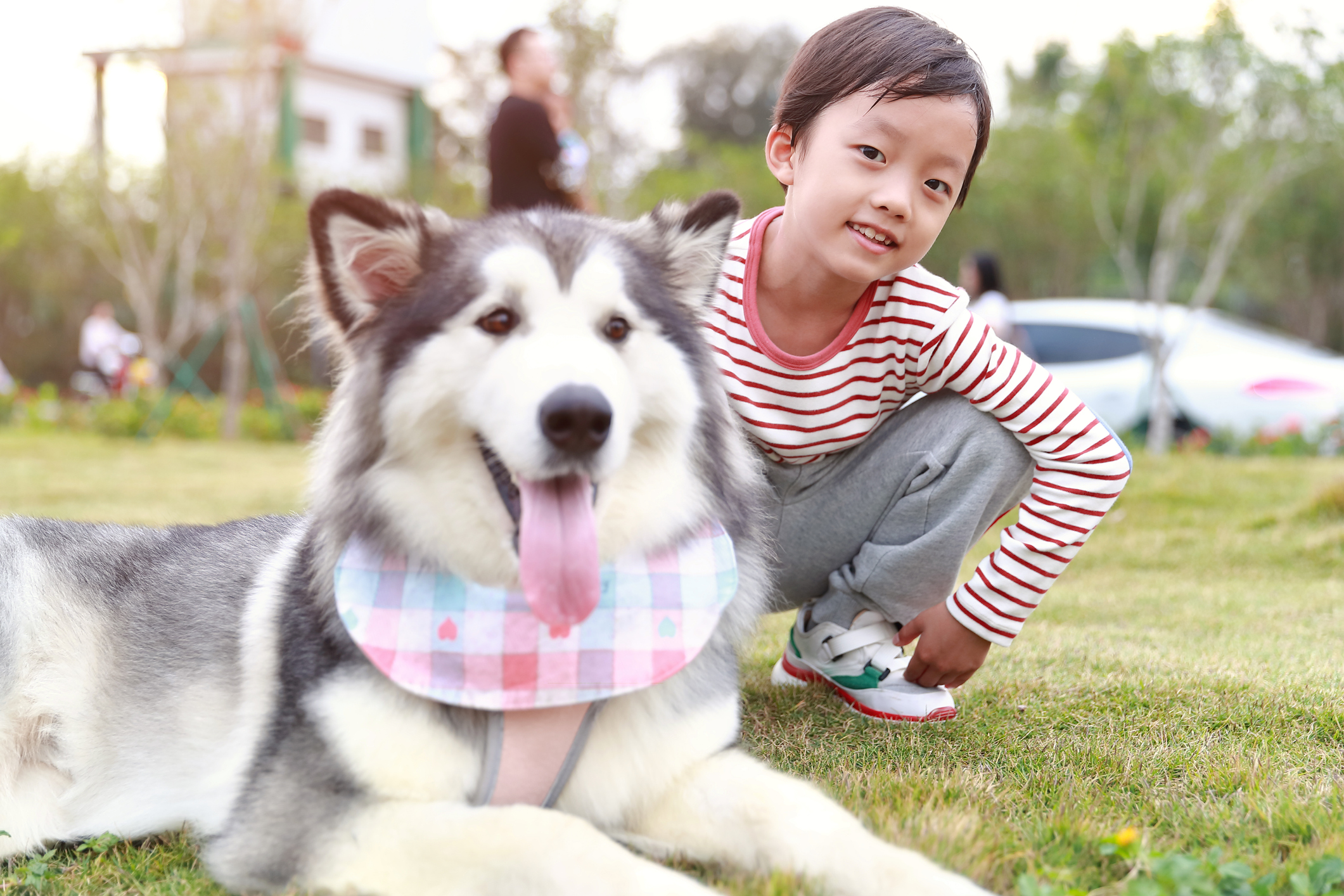 A Malamute is not the best choice for apartment life

Malamutes are working dogs, bred not only for hauling heavy loads great distances across the frozen landscapes but for hunting down polar bears and seals with their human companions. Apartment life doesn't allow for the physical needs of the Malamute. That doesn't mean they aren't great companions inside the home if there's a fenced yard available as well. These dogs require plenty of room to burn off their immense stores of energy. While some larger breeds don't need a yard to be happy, the Alaskan Malamute is more content when they have a place to run, play, and explore. 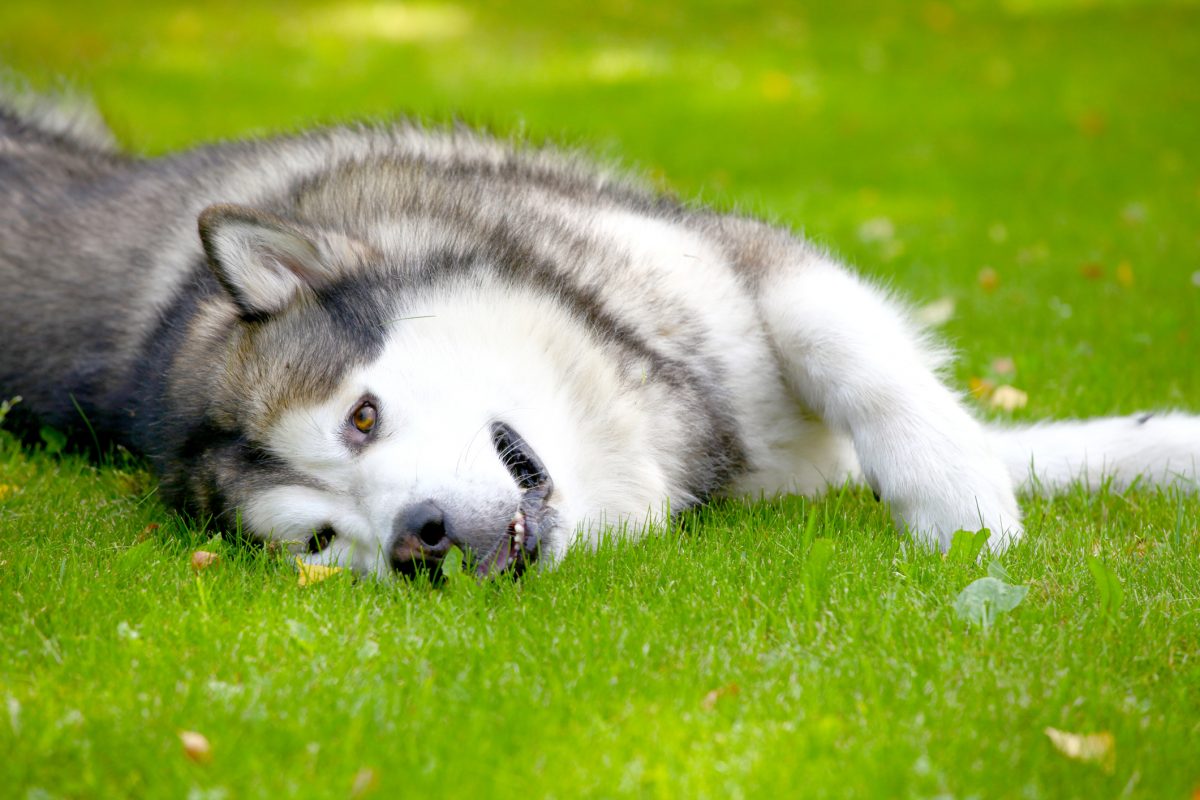 There are lots of fun ways to exercise with your Malamute

Malamutes have exceptional stamina and strength and require at least two hours of exercise each day. They love hiking. Their pulling instincts make them the perfect companion for bikejoring, skatejoring, and skijoring, where the owner wears the appropriate equipment, and the Malamute pulls them along. These big, lovable, canines will also pull a sled or a cart and think it's great fun. Leashes are essential whenever you go for a walk or outdoor activity. Malamutes will dash off in pursuit of a squirrel or other small animal if you don't leash them. 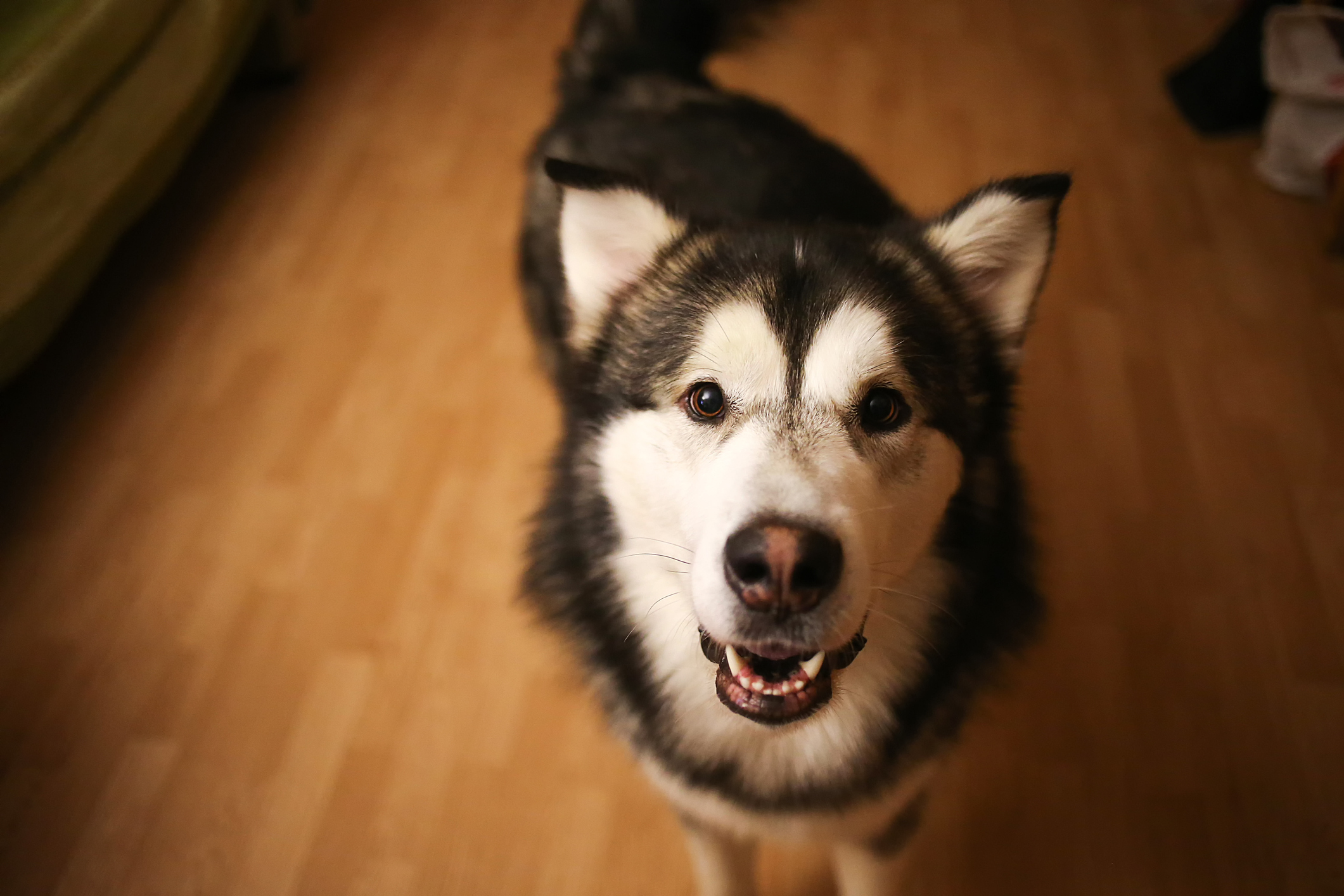 Once you bring a Malamute into your life, all members of your household become members of their pack. These dogs have a strong sense of pack hierarchy and look to their Alpha for security and protection. As the owner, you must become the Alpha in the pack, or your strong-willed, furry friend will take over the house. Start with basic obedience training while they are a puppy, using praise as a reward system rather than food. Avoid tug-of-war, games that involve chasing, or excessive roughhousing. 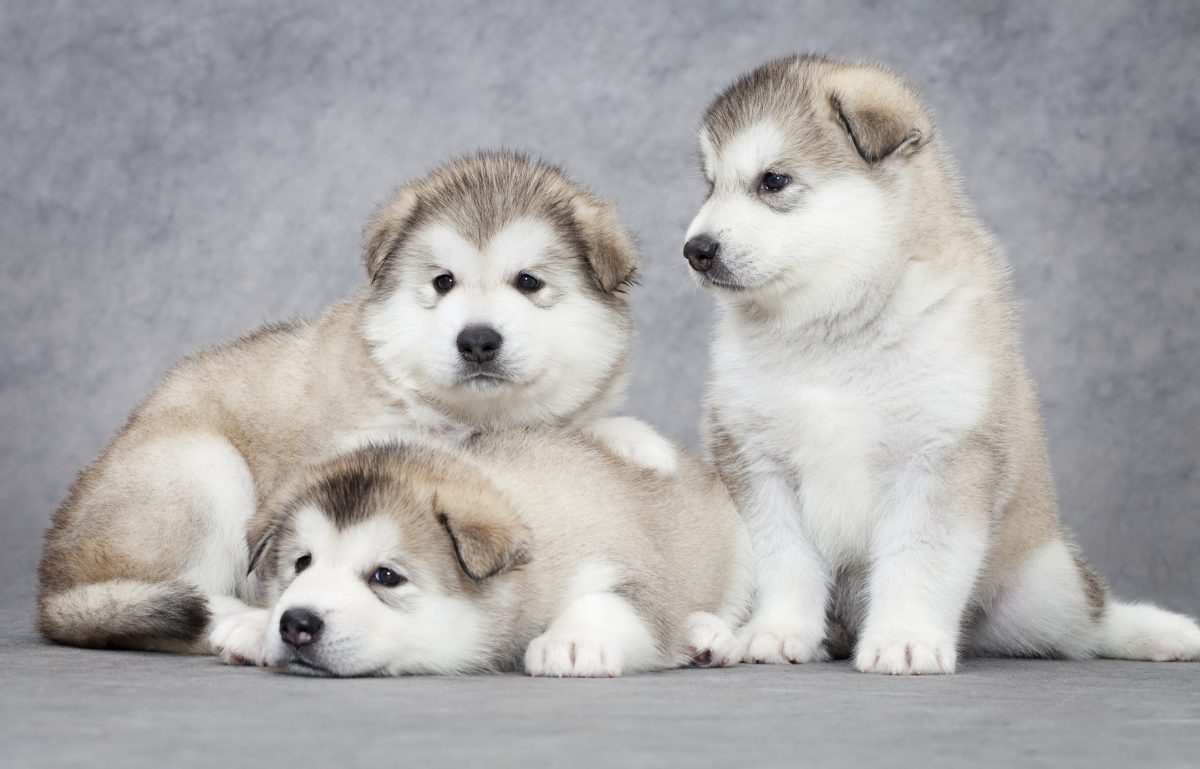 Malamutes tend to misbehave when bored

If dogs had professions, the Malamute would be a five-star digging expert. Leaving them in a yard, unattended, for long periods will likely result in your Malamute getting bored. They might even dig under the fence or climb over it so that they can explore the more exciting world outside of their yard. A few hours alone at a time is about all they'll tolerate. If they lack proper exercise, they are more likely to exhibit other negative or destructive behaviors, such as chewing on things they shouldn't. 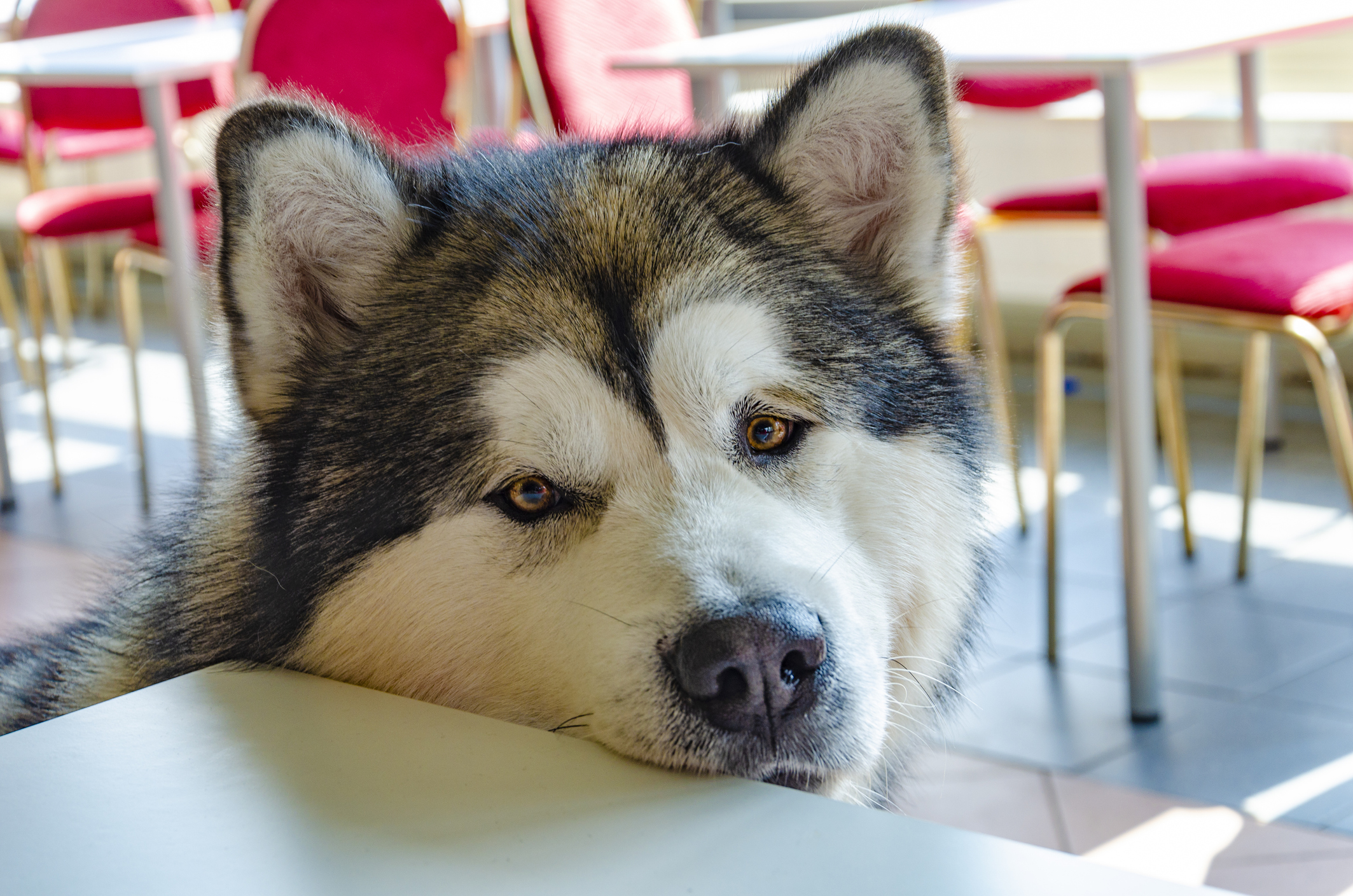 You'll find a wide array of coat colors within the Alaskan Malamute breed. Their coats may change color as they age from puppyhood to adulthood. Black, blue, gray, red, sable, seal, and silver mixed with white are common.  The only solid color for this breed should be their white underbody, feet, parts of the legs, and face markings. However, there are also solid white or cream-colored Malamute coats, which are much rarer. A recessive gene inherited by both parents dominates the color the dog was supposed to be. 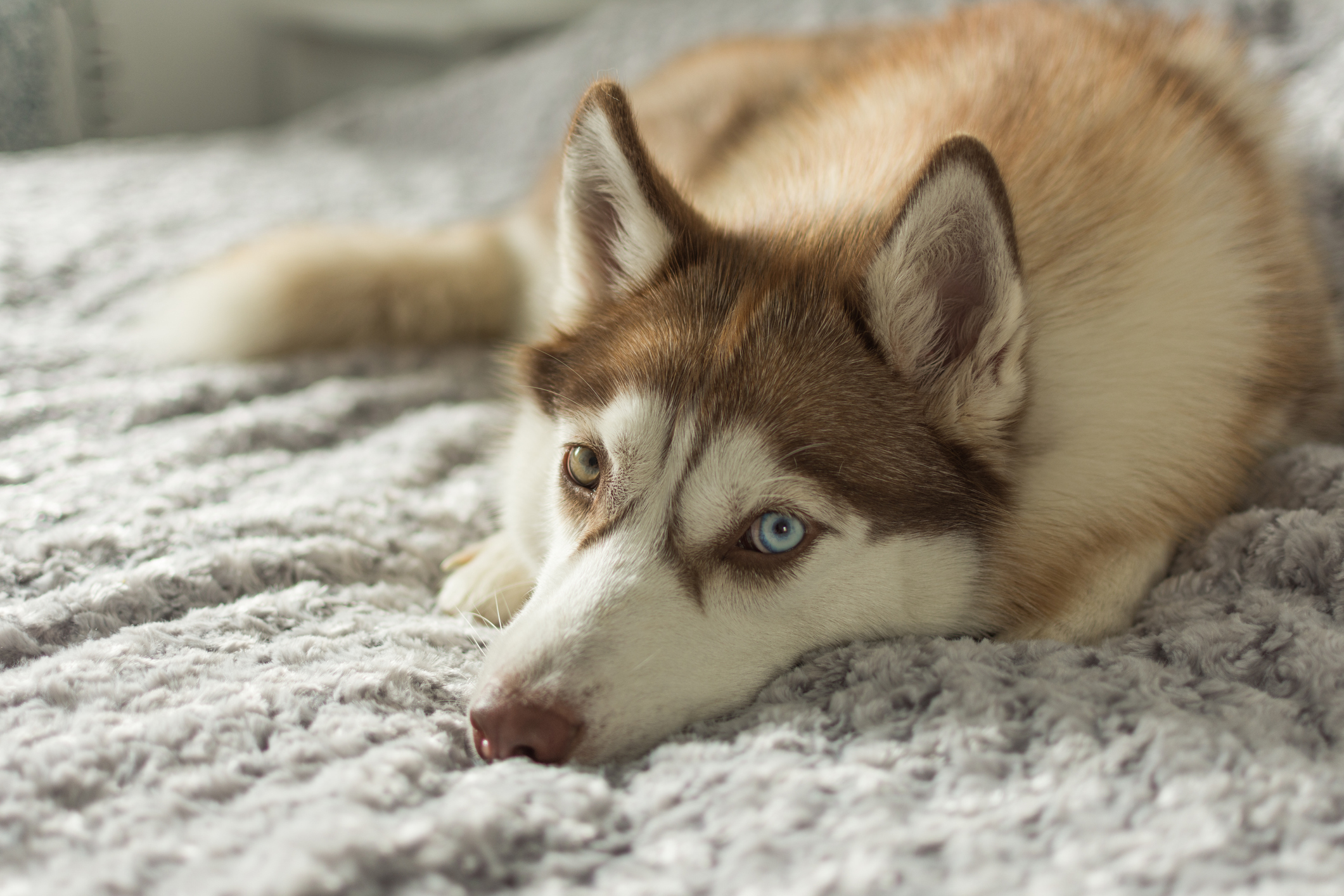 One of the most endearing aspects of a Malamute's personality is their ability to "talk" to their human companions. Most communicate through a howl, which experts say is expressing loneliness or boredom. Short woofs may be an attempt to get your attention. Other talking sounds could include a yip, grumble, snort, or yodel. Many Malamutes make a "woo woo" sound that can resemble human words at times. Low, rumbling sounds usually mean they are uncomfortable with something occurring at that moment. Interestingly, the Malamute may also use different inflections, tones, facial expressions, and volume levels to communicate with you. 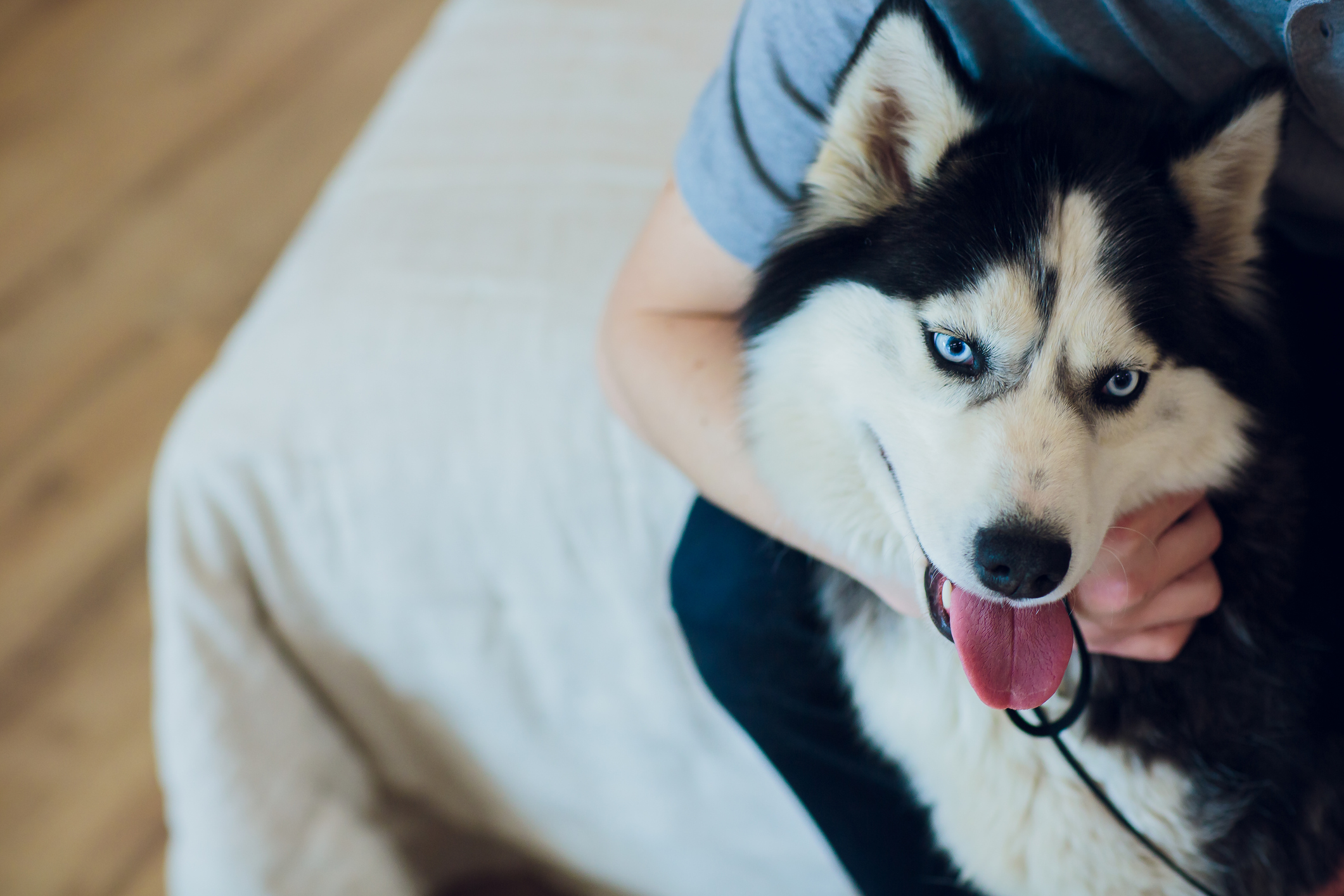 They have a strong prey drive

If raised with other pets, Malamutes can adapt to living with other pets, including cats, but must be taught not to chase them. They tend to be aggressive towards other dogs of the same sex, however. Socialization and supervision are essential when these dogs are learning to interact with other pets in the household. As for children, Malamutes tend to be patient, and they adore interactions with younger humans in the home. However, due to their size and level of playfulness, Malamutes can get over-exuberant and knock little ones down. Supervise all interactions between dogs and children. 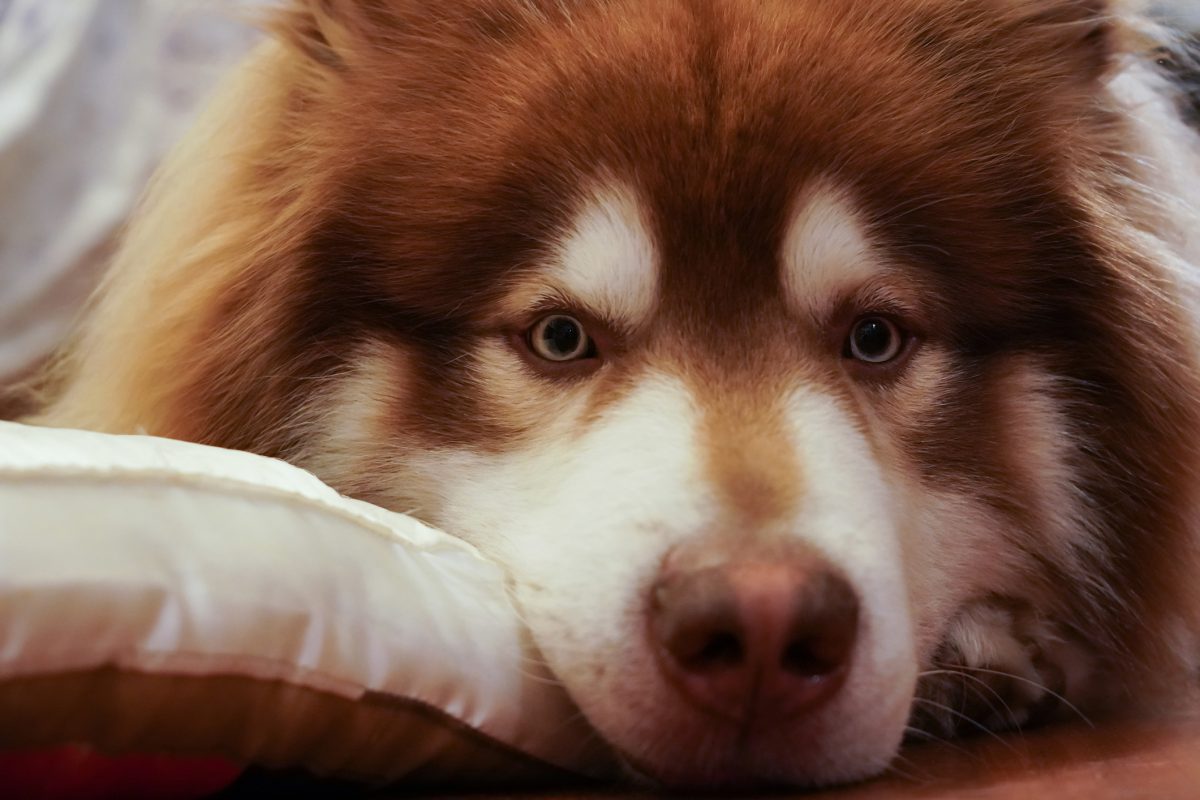 Prepare yourself for massive shedding

The Malamute is a clean dog and only needs a bath once or twice a year. The good news is, its double coat is odorless, so you don't have to deal with any doggy odor. But, twice a year, this breed sheds heavily. Large clumps of hair fall out and land on everything. It can be quite a challenge to keep up with the issue. Frequent brushing helps, but keep the vacuum cleaner close by. 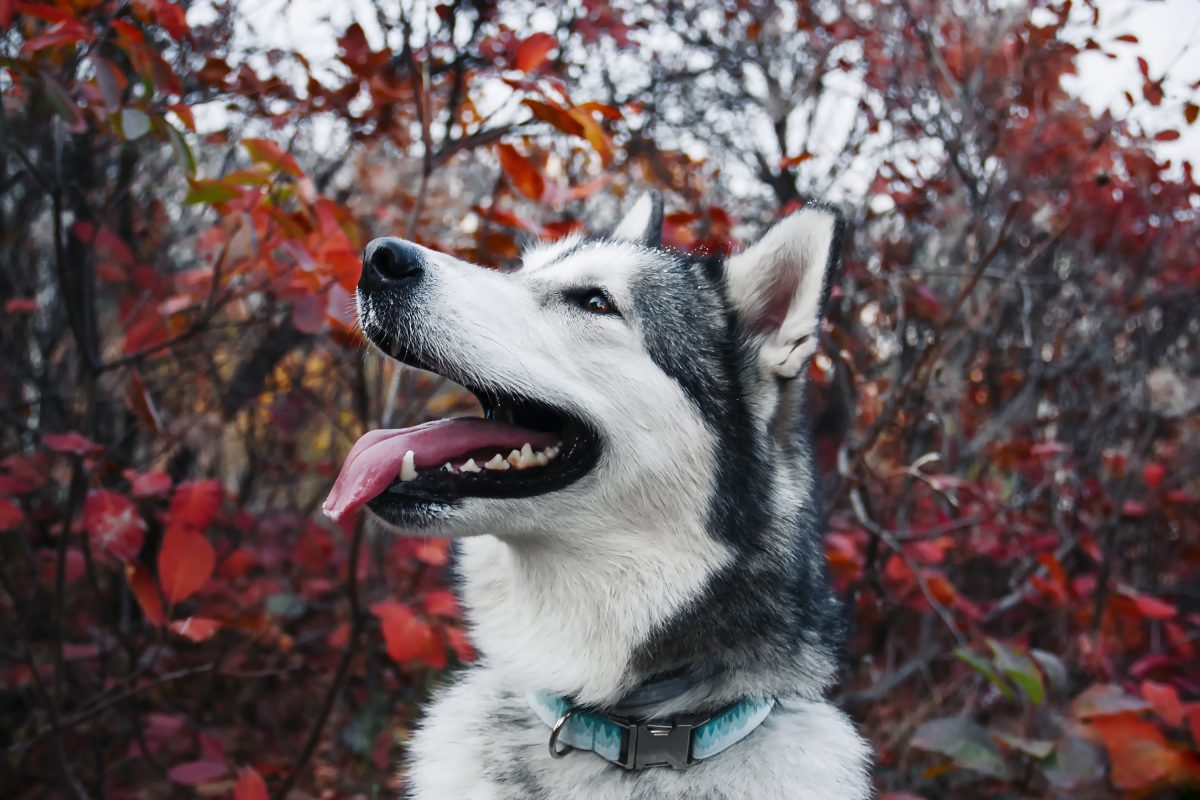