Are Walnuts Safe For Dogs?

Many dogs enjoy eating nuts or nut butter as a treat. Some pet owners use nut products such as peanut butter to make dog toys more enticing or to persuade their pet to take medication.

It's not unusual for dogs to steal human food when their owners aren't looking. Dog owners often worry if their dog manages to steal walnuts in case they are toxic or cause an allergic reaction. Before allowing your pet to eat walnuts, it's important to know whether they are safe for dogs to consume.

English walnuts are the most common types of walnuts sold commercially. They aren't recommended as dog snacks because their high-fat content can lead to an upset stomach.

English walnuts are also difficult for a dog's digestive system to break down. If a dog consumes a large quantity of walnuts in one go, this could lead to a gastrointestinal blockage. However, there's probably no need to worry if a dog manages to steal a small amount of walnuts. 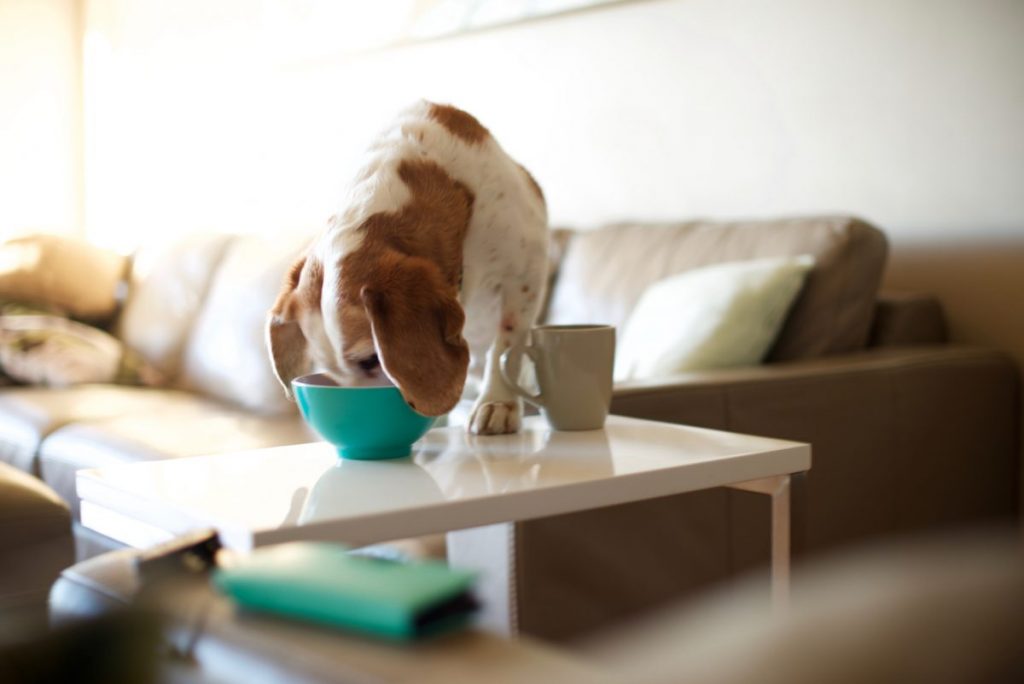 Black walnutsare native to the USA. They have a stronger flavor and thicker, tougher shells than commercially available English walnuts. These types of walnuts are toxic to dogs. It's important to supervise dogs carefully if they are walking in areas where black walnut trees grow as they may scavenge fallen nuts from the ground. Fallen nuts are likely to have developed mold which can make dogs very sick. 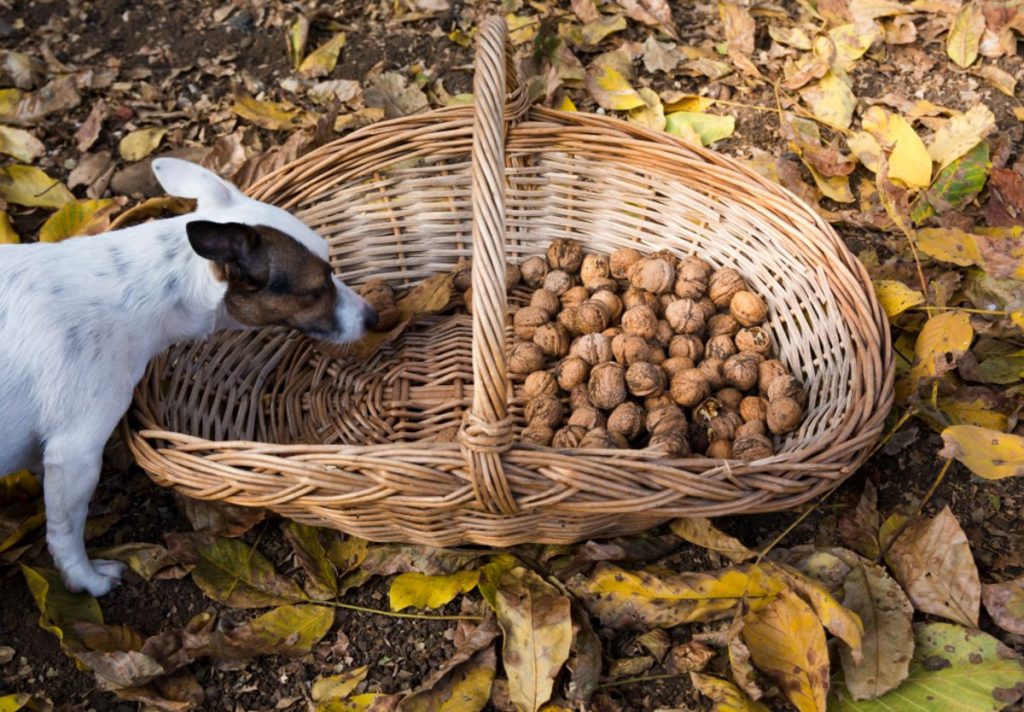 If a dog eats an English or black walnut that's gone moldy, they may be poisoned. Moldy walnuts contain a toxin called penitrem A which causes muscle tremors and fever. If a dog consumes a large quantity penitrem A, they may develop seizures, and their liver could be damaged. Moldy walnut toxicity can be fatal in dogs. 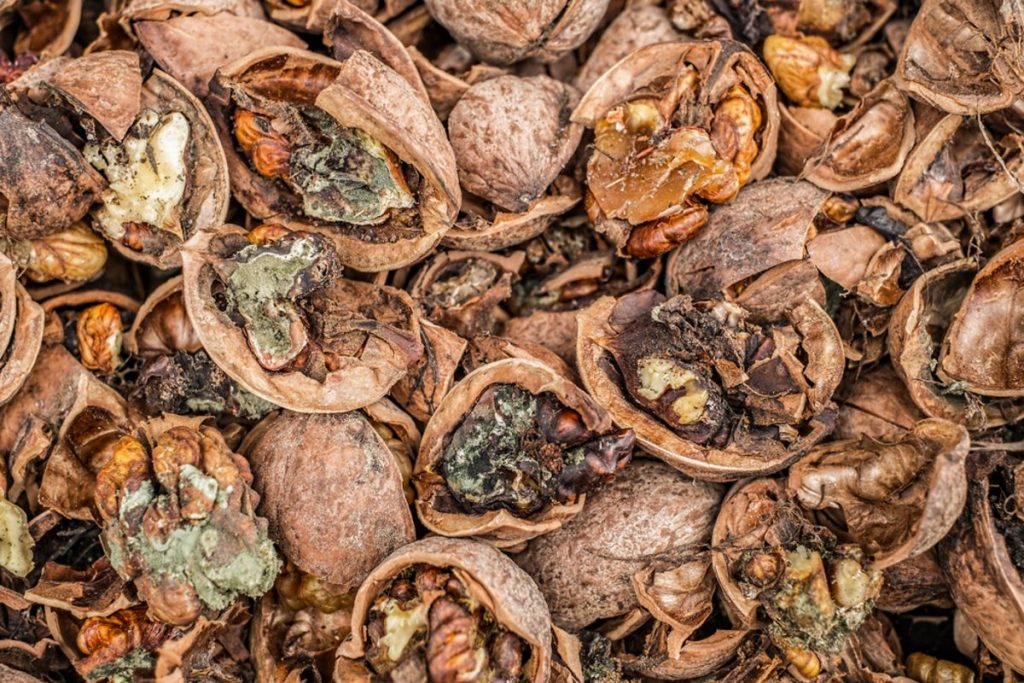 Dogs who have been poisoned by moldy walnuts should see a vet as soon as possible. If they ate the nuts recently, the vet will induce vomiting to get as much of the toxin out of their system as possible. They will also administer activated charcoal to absorb any remaining poison.

Dogs with moldy walnut poisoning also require anti-seizure medication. They will be given intravenous fluids to prevent dehydration and protect their vital organs. 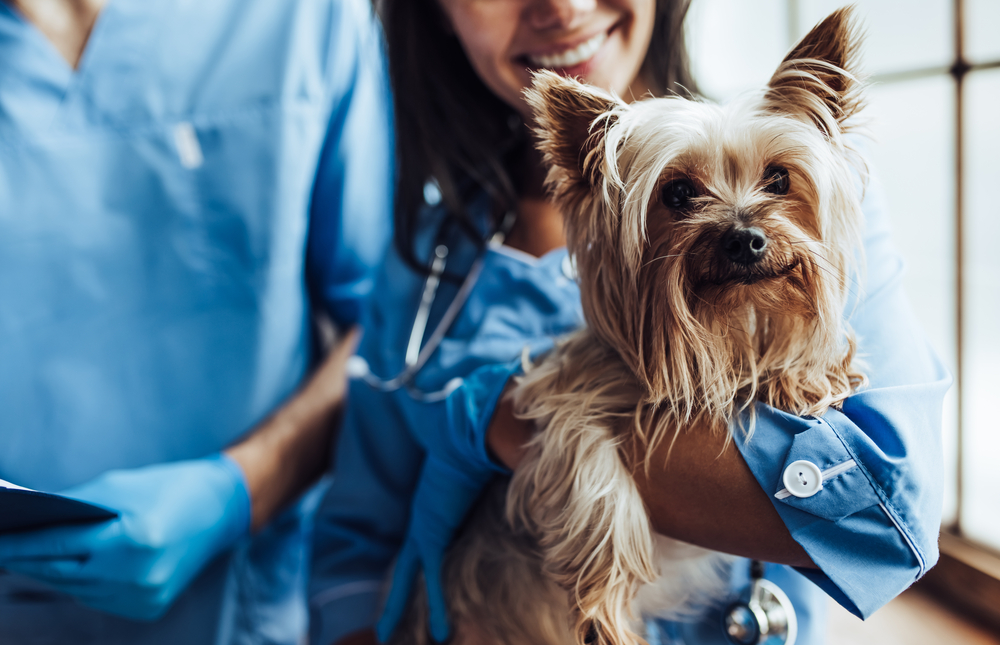 Just like whole walnuts, walnut butter is not recommended for dogs as it is likely to cause gastrointestinal upset. Many kinds of walnut butter contain added sugar or salt, which make them even more unsuitable. Some also have the artificial sweetener xylitol as an ingredient, which is highly toxic for dogs.

Instead, it's safe to give occasional small portions of peanut butter, for example, to hide medication. The peanut butter used should be unsweetened, unsalted, and free from artificial sweeteners. 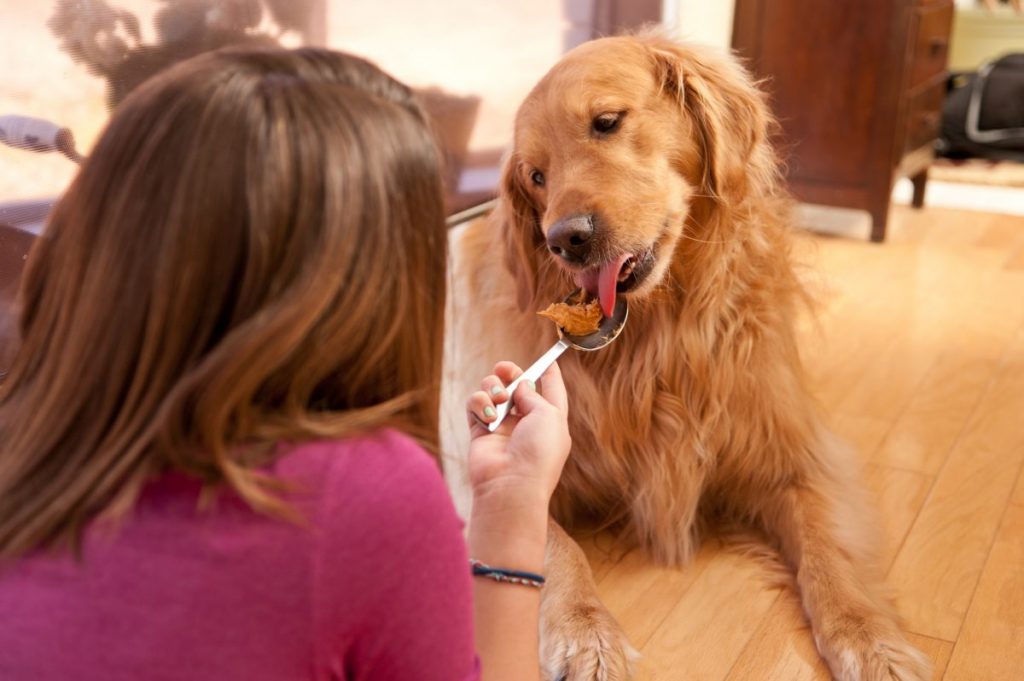 Don't let your dog eat walnut shells. The rough texture of the shells is tough on their digestive systems and could cause gastrointestinal problems. They could also cause blockages if a dog eats too many.

However, if a dog has accidentally eaten a small amount of walnut shell, this isn't usually concerning. The shell will most likely pass through their system without causing any damage. Owners should monitor their dogs for signs of gastrointestinal issues and contact their veterinarian if they are worried. 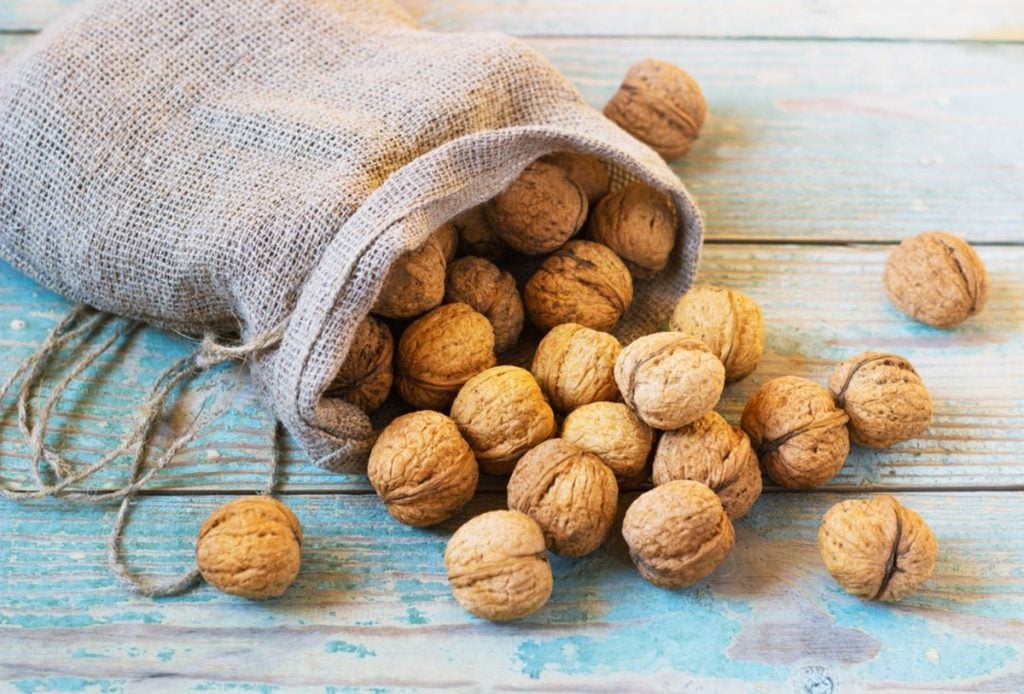 Just like humans, dogs can be allergic to nuts, including walnuts. Allergy symptoms may appear immediately after the dog eats walnuts or build up over time if they are consuming them regularly.

Dogs having an allergic reaction to walnuts may show hayfever-like symptoms, with a runny nose and red, itchy eyes. Their skin may become itchy, and they might scratch themselves more than usual. Some dogs will develop vomiting and diarrhea, and their breathing may sound wheezy. 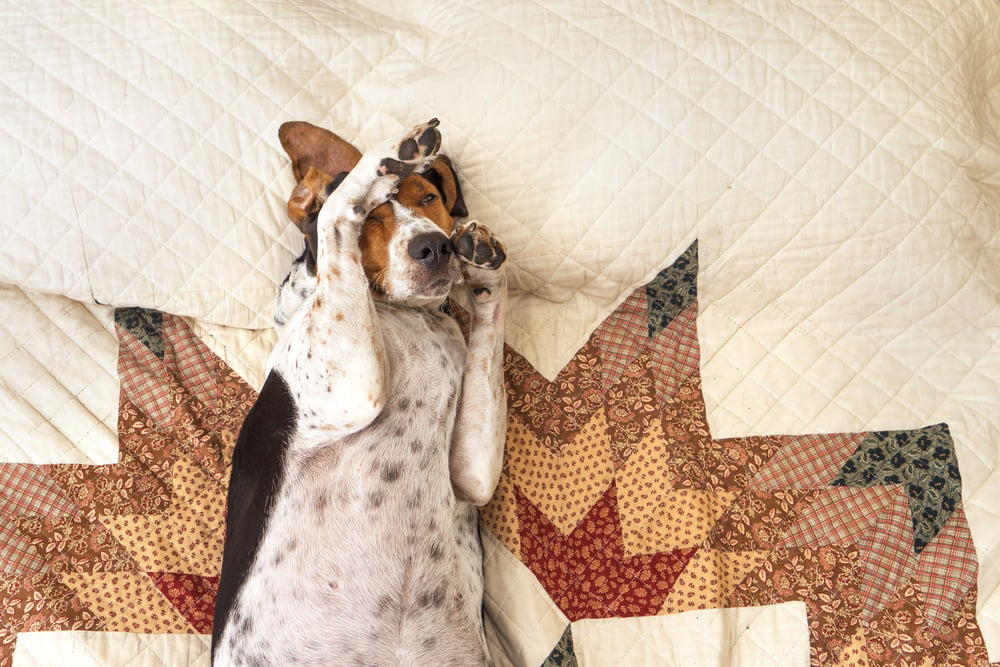 Dogs with a severe allergy to walnuts may go into anaphylactic shock if they are exposed to them in even tiny amounts. This causes the dog's airways to swell and obstructs their breathing. Their tongue and gums may develop a blue tinge. 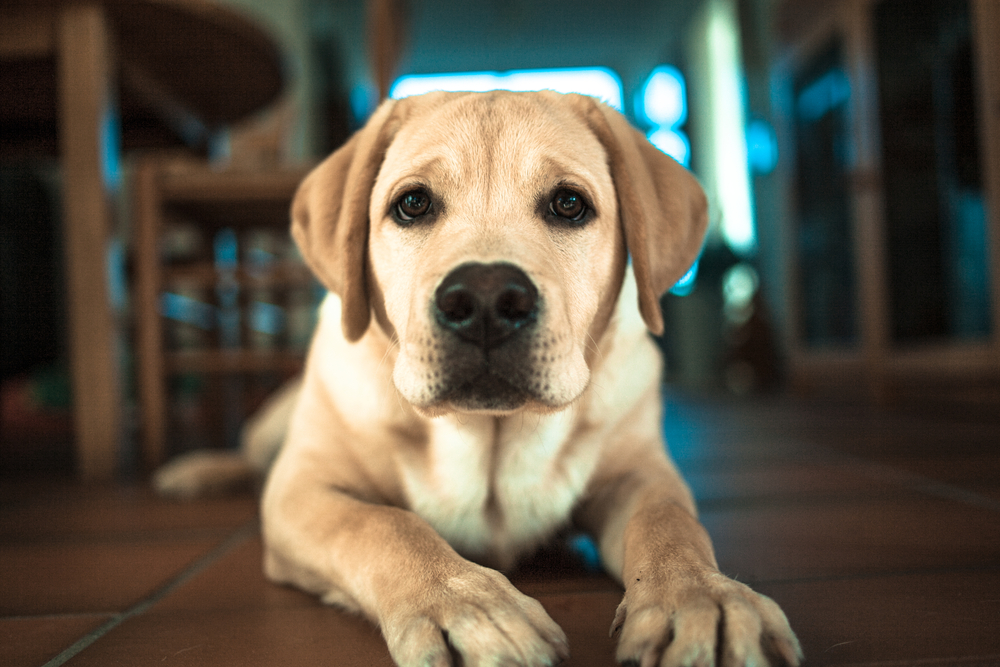 Are Coated Walnuts Safe For Dogs?

It's particularly important to avoid letting dogs eat coated walnuts. These may contain other ingredients which are safe for humans but highly toxic for canines. For example, chocolate-covered walnuts are a popular treat which could cause vomiting, diarrhea, muscle tremors, seizures, an irregular heartbeat, or even heart attacks in dogs. 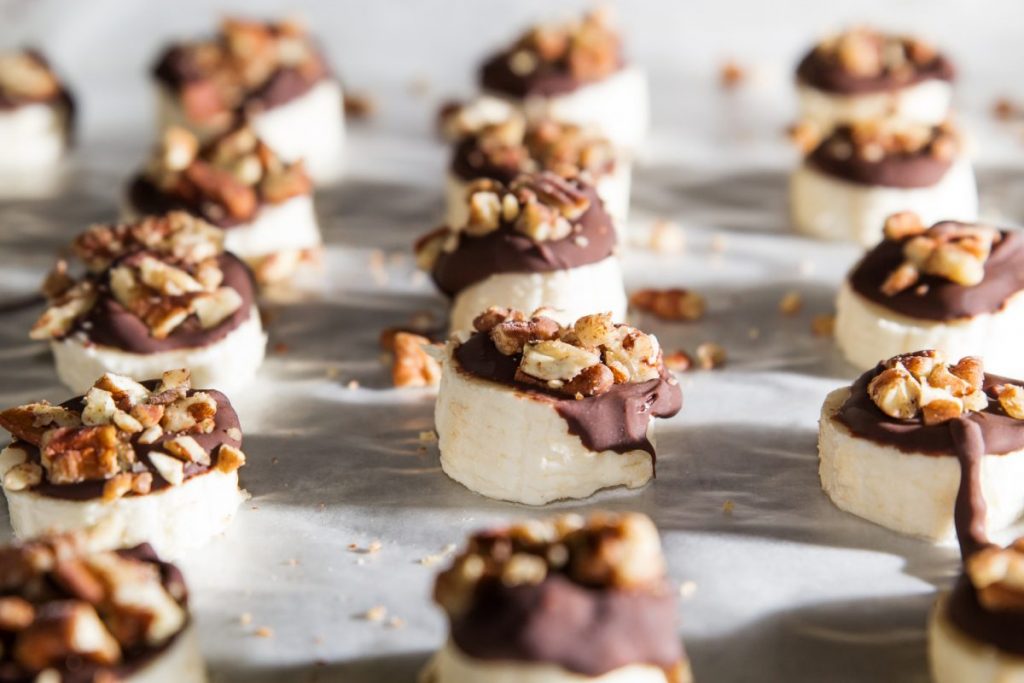 Can Dogs Eat Other Types of Nuts?

Peanuts, hazelnuts and cashew nuts are generally safe for dogs, as long as they eat them only occasionally and in small quantities.

Almonds, pistachios, pecans, and hickory nuts are not for dogs because they are likely to cause gastrointestinal upset. Macadamia nuts are toxic for dogs and can cause neurological problems and pancreatitis. 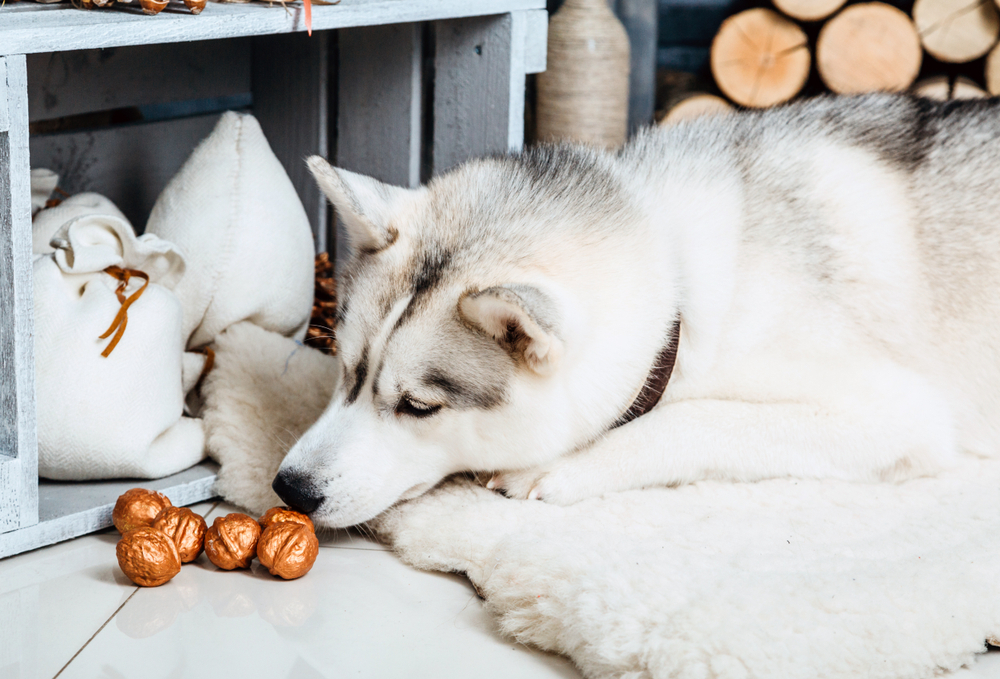