Are Hiccups Normal in Dogs?

Hiccups are a naturally occurring phenomenon in humans, but not entirely understood. Some claim that different foods and drink will cause hiccups, while others point to high stress and powerful emotions as the root cause. Interestingly, veterinarian experts claim that similar reasons influence the hiccups in dogs as well. While it might be quite funny when your dog gets the hiccups, and there is generally no cause for concern, there are a few tips to follow to ensure that your hiccupping dog is not in any serious trouble.

Dog hiccups are the same as they are in humans: an involuntary contraction of the diaphragm, which leads to an escape of air and the funny noise we all associate with hiccups. The diaphragm is a skeletal muscle that acts as the boundary between the chest and the abdomen. This muscle expands and contracts with our breathing, and regulates the expansion of our chest when it is working normally. However, in hiccups, a dog’s diaphragm will spasm, leading to the burping of air, accompanied by the traditional hiccup sound. 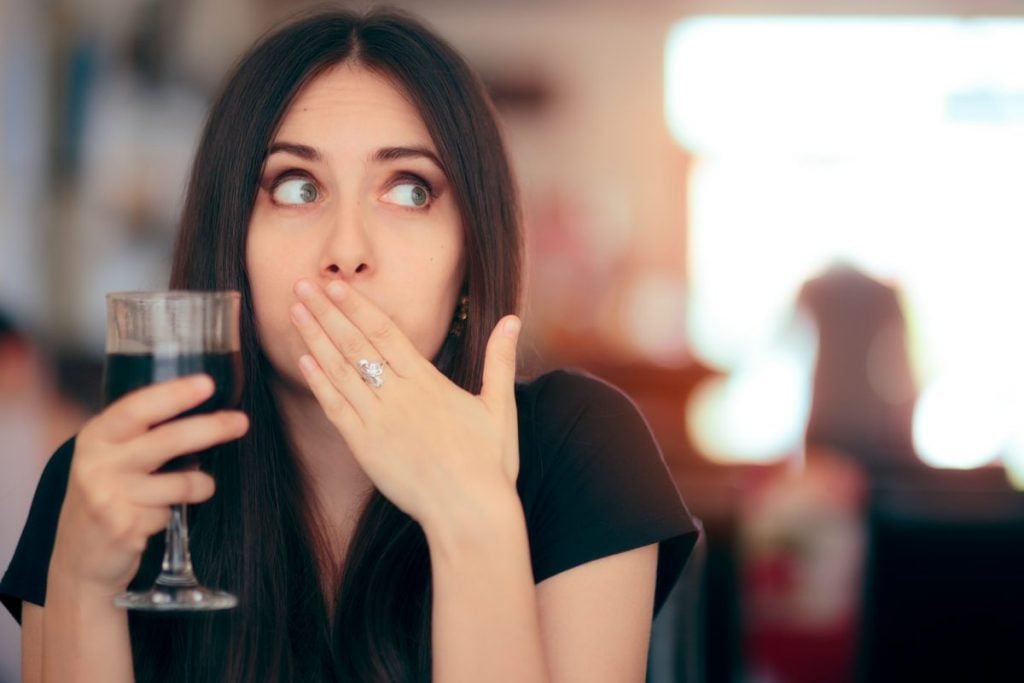 Check to see if your dog is unusually stressed or excited. A cause of this could be a change in environment, new stimulus, or an environmental change, like a thunderstorm. Some vets argue that these stressors will bring on the hiccups in canines. Some claim that overly energetic playing and heavy breathing could also bring about a bout of hiccups. The best way to manage these is to relax your dog by getting him to sit or lie down, have some water, and regain his normal breathing pattern. 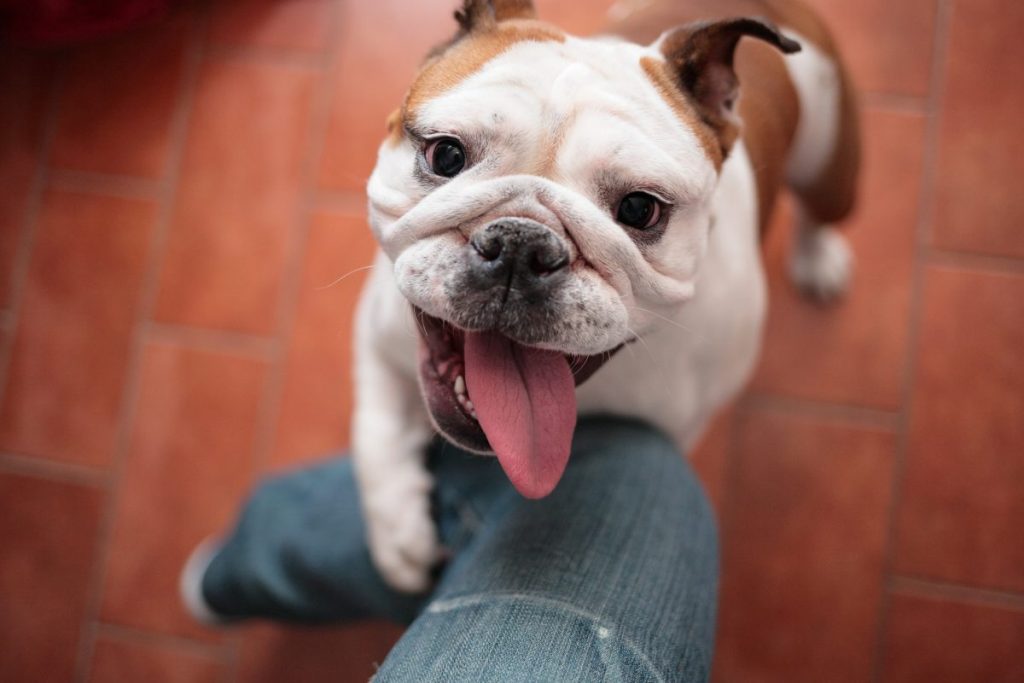 Observe your dog eating and drinking if he is prone to bouts of hiccups. Most veterinary experts agree that the main cause of hiccups is related to way in which a dog eats or drinks. Most commonly, dogs that eat or drink very quickly will have the occasional hiccup fit. When this happens, the dog will swallow not only lots of food and water but also a considerable amount of air. However, instead of heading into the lungs to be respirated, it will enter the gastrointestinal system and transform into gas in the intestinal tract. 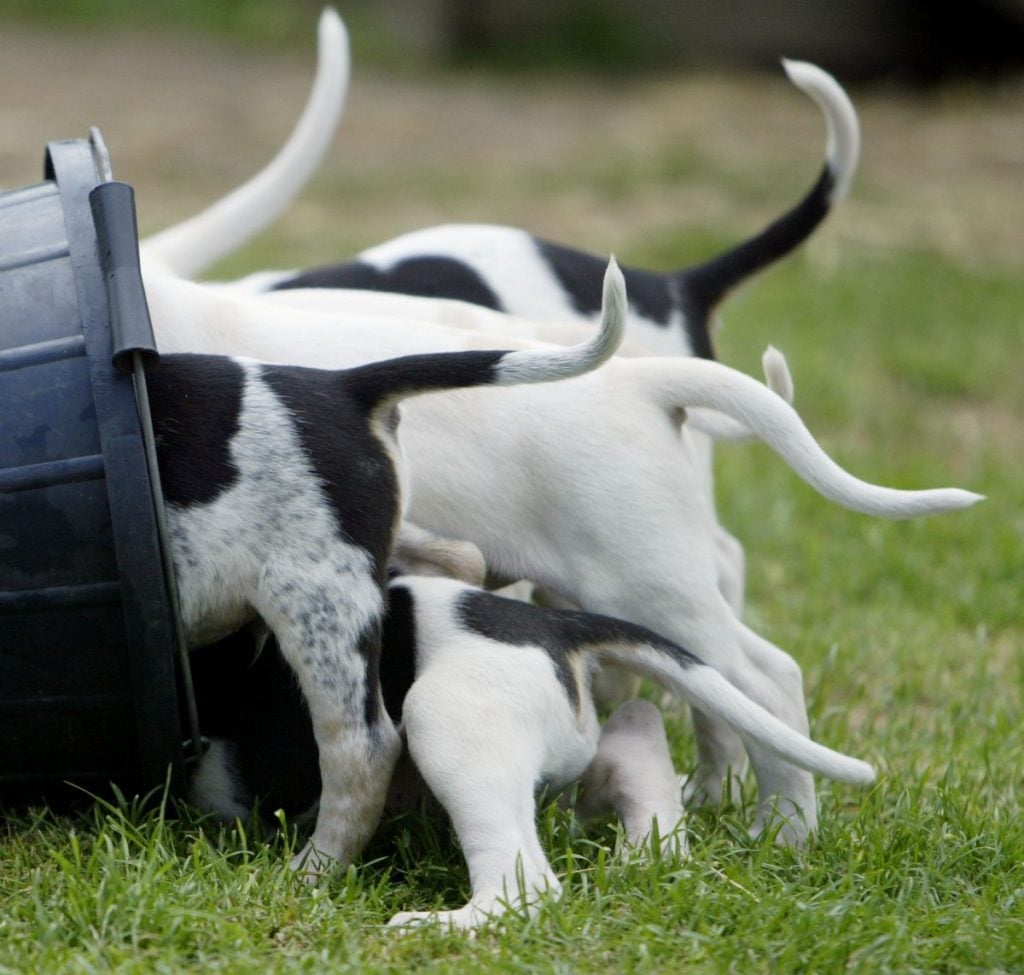 Do not worry if your dog has mild hiccups only occasionally. This usually means he has eaten too quickly, and will shortly recover from the hiccupping fit. In fact, most experts agree that hiccupping is actually a healthy, instinctual method for relieving the gas pressure inside your dog. Keep a close eye on the dog, but in general, the hiccups are simply giving your dog’s gastrointestinal system a chance to recover after a large, fast meal. Only if the hiccupping bouts last for hours at a time should you get in touch with your veterinarian. 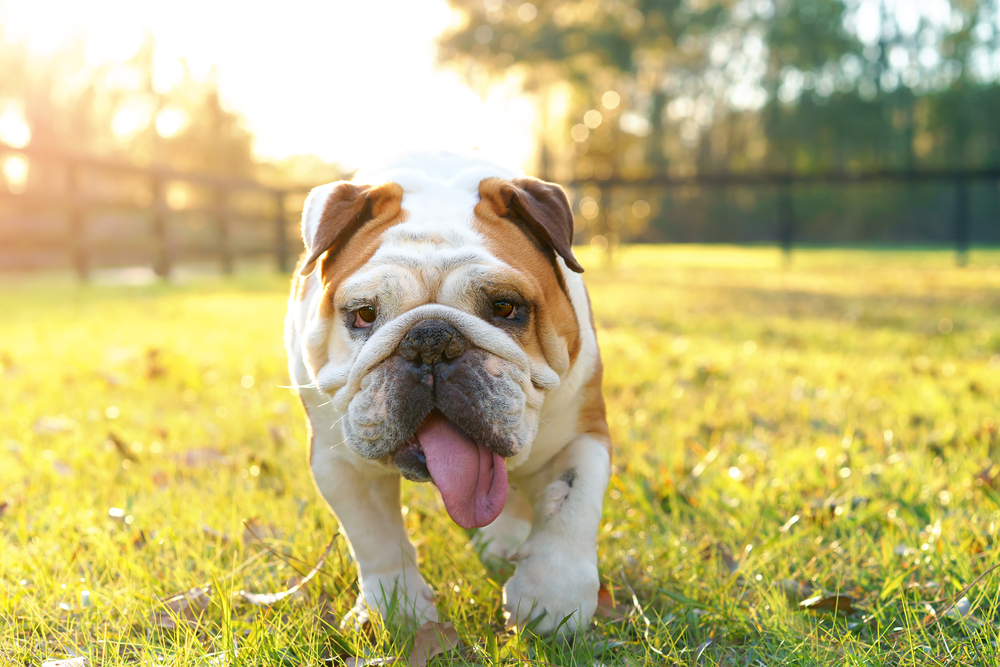 Assess your dog’s behavior at mealtime if he is regularly getting the hiccups. He may simply be overly excited at all mealtimes. But scarfing down his food could lead not just to frequent hiccupping, but also to more serious problems like choking or digestion issues. You might consider changing the method of feeding, or the type of food you are providing your dog. Some have had success in slowing overly eager dogs by adding water directly to dry food to make it slightly more complicated to eat. 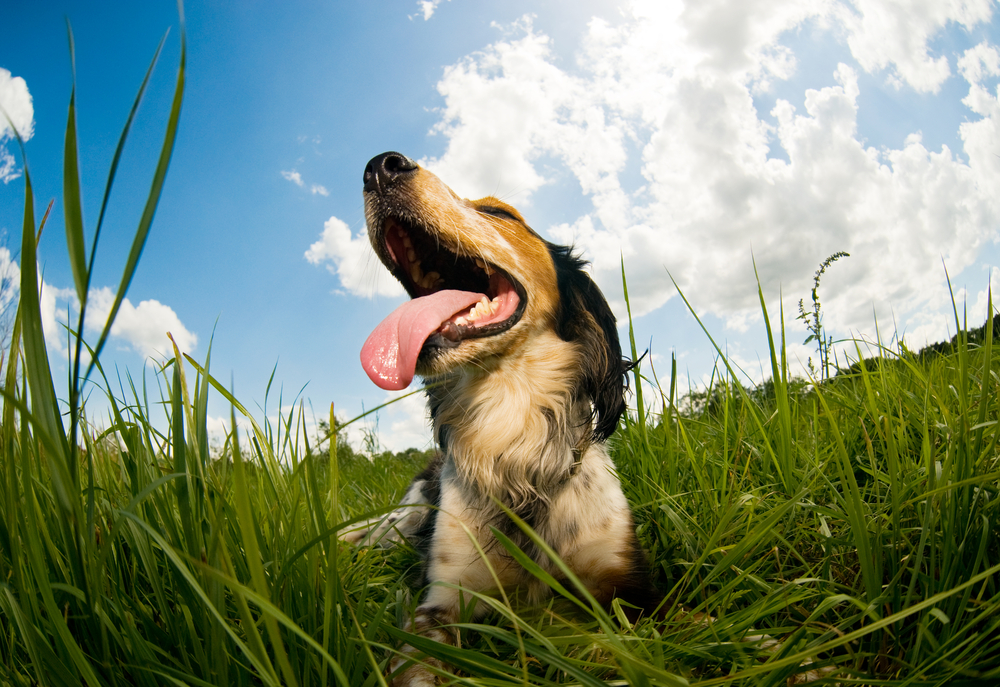 Determine the type of hiccups your dog is experiencing. Unlike humans, dogs have two varieties: the standard hiccup from the diaphragm, and what are called reverse hiccups. If your dog has this second type, you will hear him make a series of loud, involuntary breaths through his nose. Usually, this is his body’s reaction to excessive build-up of mucus in the sinus cavity, and the reverse hiccups are the method of clearing the blockages. These hiccups are less common and could signal a different problem other than gas in the stomach. 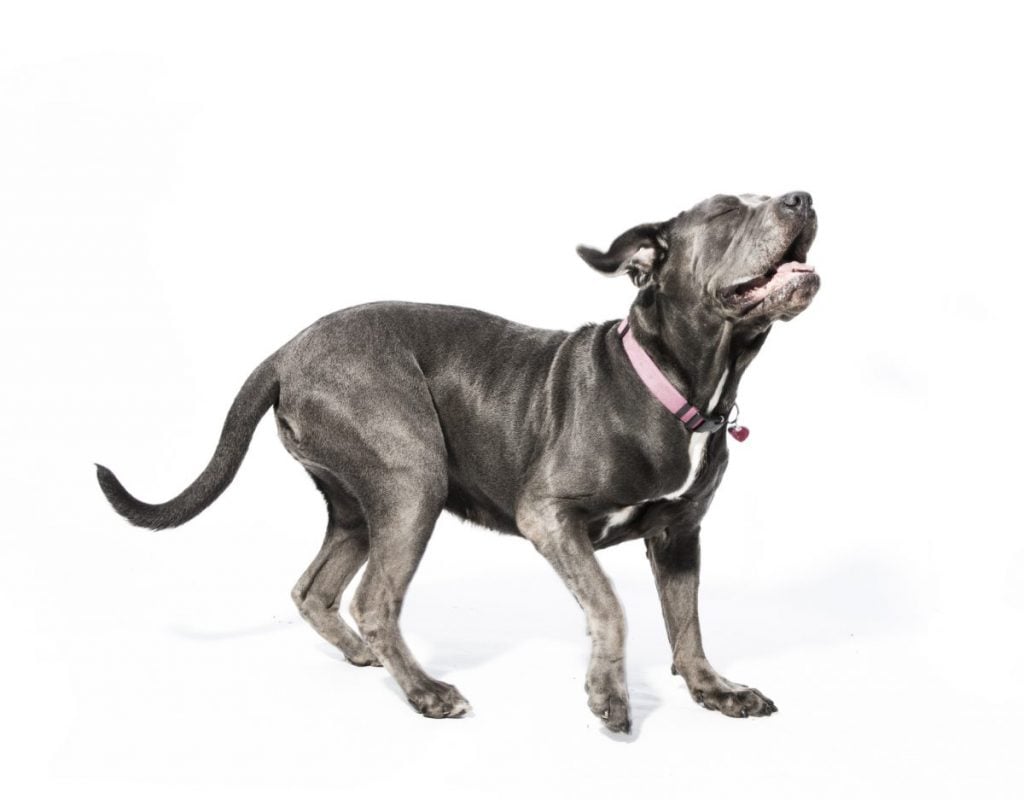 Monitor the frequency of your dog’s hiccupping, as more than occasional attacks could indicate a medical problem. Pneumonia, asthma, and hypothermia are all potential, yet rarer, causes of hiccups. Do a quick check when your dog has the hiccups: has the environment changed? When did he last eat? Is the stimulus more than he is accustomed to? If the hiccupping continues unabated for a period of time, it might be time to contact your vet to get a comprehensive physical, with a particular focus on the upper respiratory system. 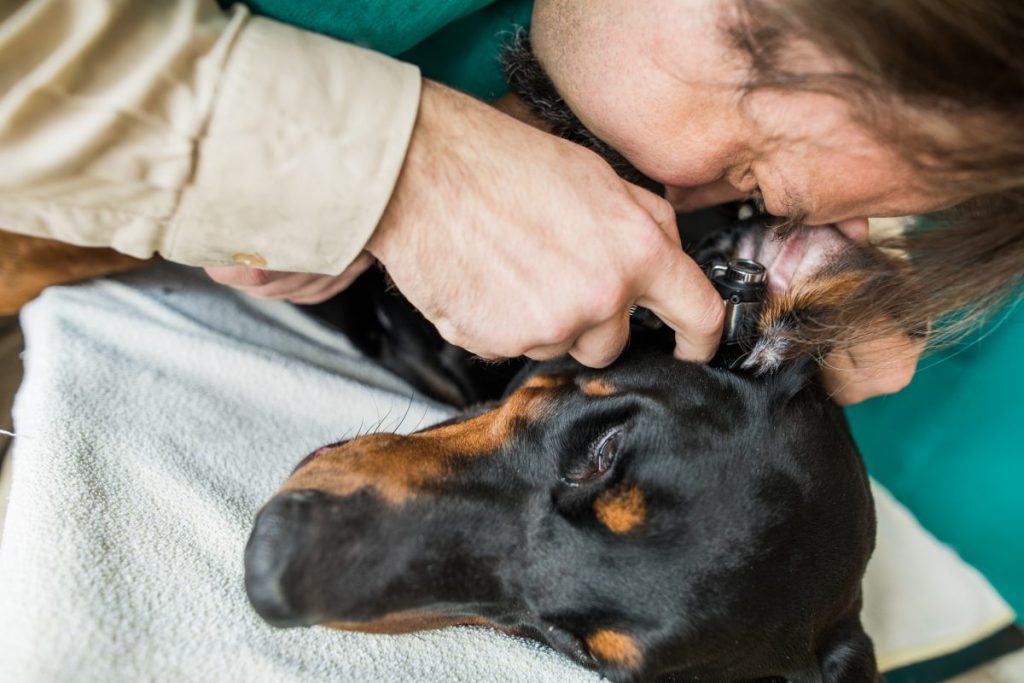 Understand the change in a dog’s behavior as it ages, particularly from a puppy to an adolescent dog. Puppies are far more prone to hiccups than adult dogs. Puppies are far more excitable than mature dogs and easily scared and stressed. This could all lead to more frequent hiccups. They also have not yet learned their bodies well, and get very excited during feedings, which will add more air into their stomach and intestines, leading to hiccups. Finally, the internal organs in a puppy are less developed and not yet fully prepared to content with the full range of stimulus a puppy experiences. 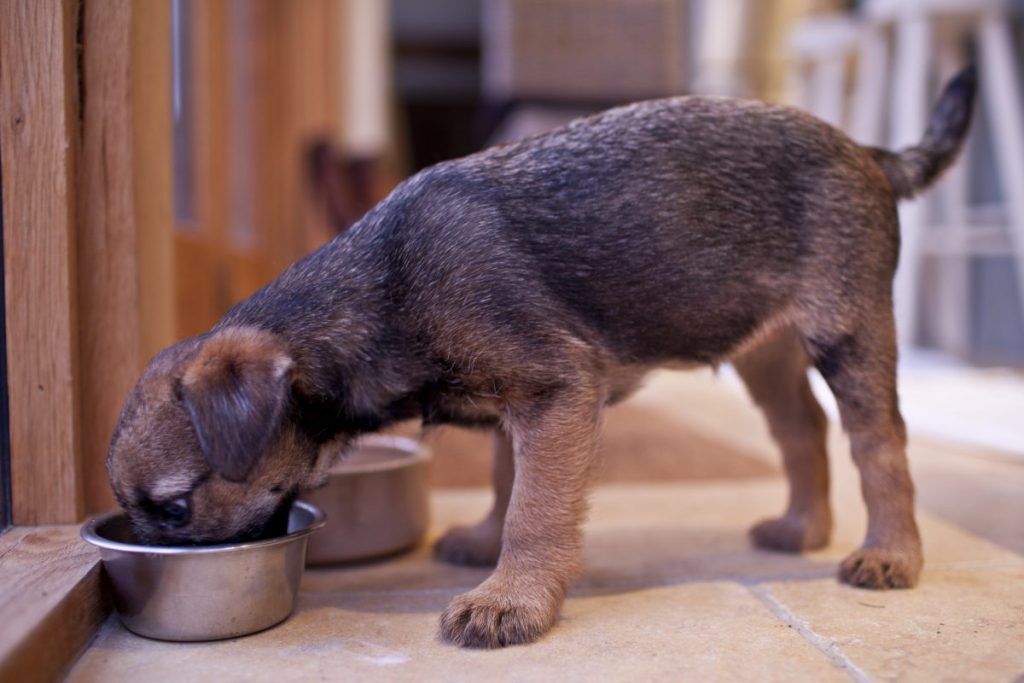 Learn some simple tricks to help your dog overcome the hiccups. It may be fun to watch your adorable dog have involuntary hiccups, but if they are impeding his ability to sleep, eat, or play, you may want to help the poor spasming pup out. Some experts claim that giving the dog something sweet – like honey or syrup – may help stop the hiccups. This is a distraction technique and may encourage your dog to focus not on the hiccups but on the sweet treat. Ultimately, the goal is to get the dog to regulate his heart rate and breathing to eliminate the hiccups. 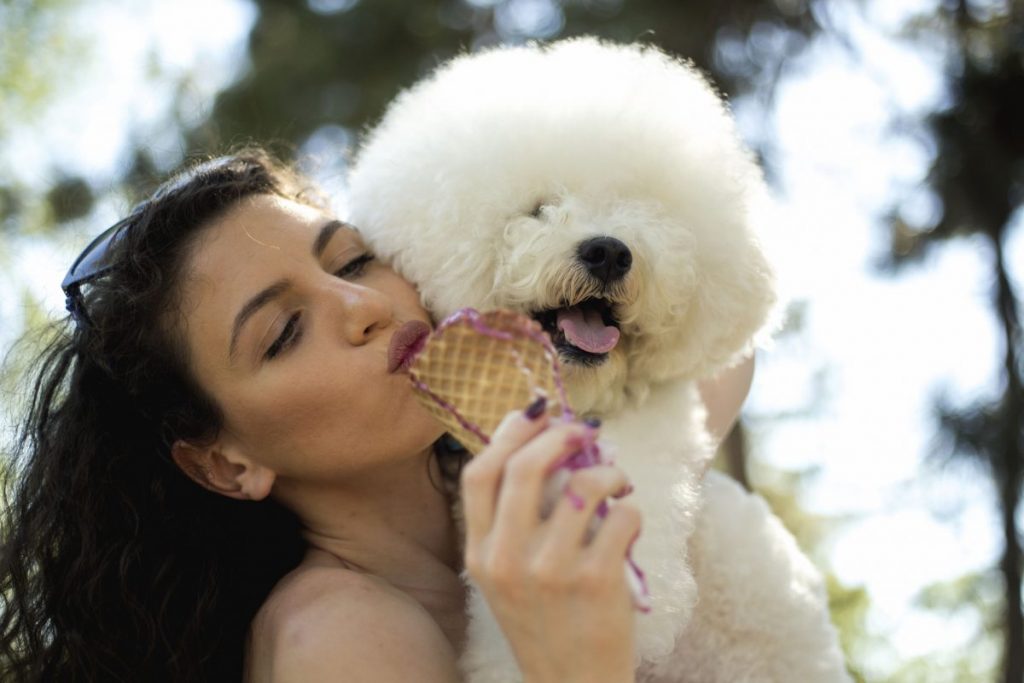 Check with a veterinarian if hiccupping persists after changing food methods and removing stimuli that makes your dog overexcited. It is possible that there is a link between bacteria, gastrointestinal parasites, and hiccupping. Other warning signs for this condition include hard stools, diarrhea, and vomiting. The most common parasite in dogs is the heartworm, and all dogs should receive heartworm medication to prevent them from forming, growing, and causing internal damage. 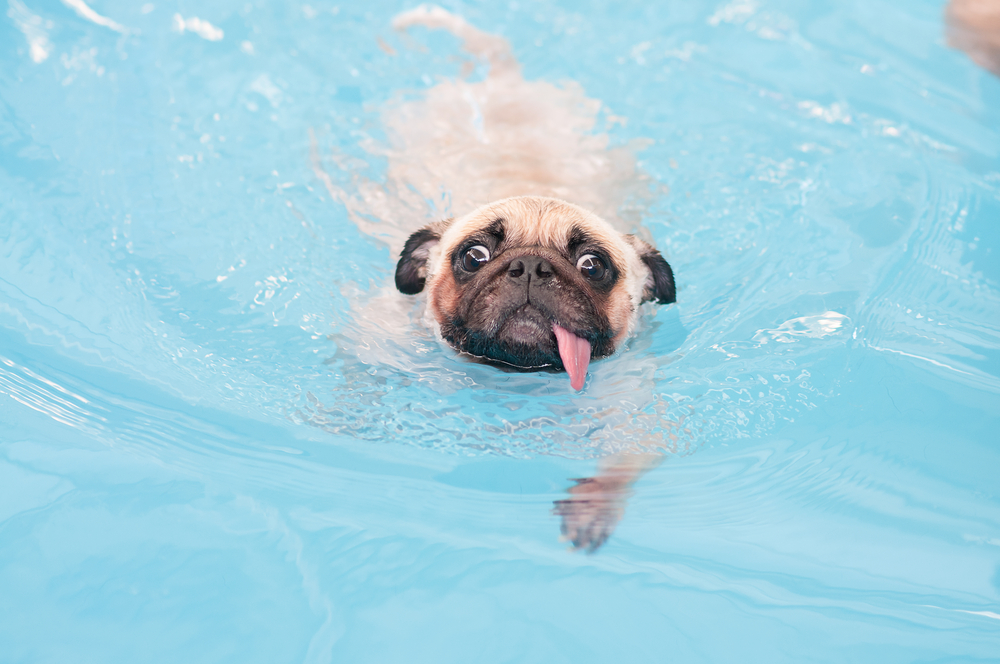