All About the Bernese Mountain Dog

Bernese Mountain Dogs, also known as Berners, are a member of the working group. These large, sturdy dogs were originally bred to pull carts and herd cattle on farms in Switzerland. In modern times, though, it is their calm demeanor and gentle nature that makes them such wonderful pets. Berners are loyal and protective, great with children, and enjoy being a part of a family. These dogs make excellent pets for anyone with an active lifestyle and a yard to run around in.

Bernese Mountain Dogs are recognized by their tri-color coat. It is black with bursts of orangey rust and white. Typically, white patches appear between the eyes, on the tip of the tail, and on the chest in the shape of an inverted cross. As for size, Bernese Mountain Dogs are considered a large dog. Adult females weigh about 70 to 95 pounds while males can weigh as much as 115 pounds. 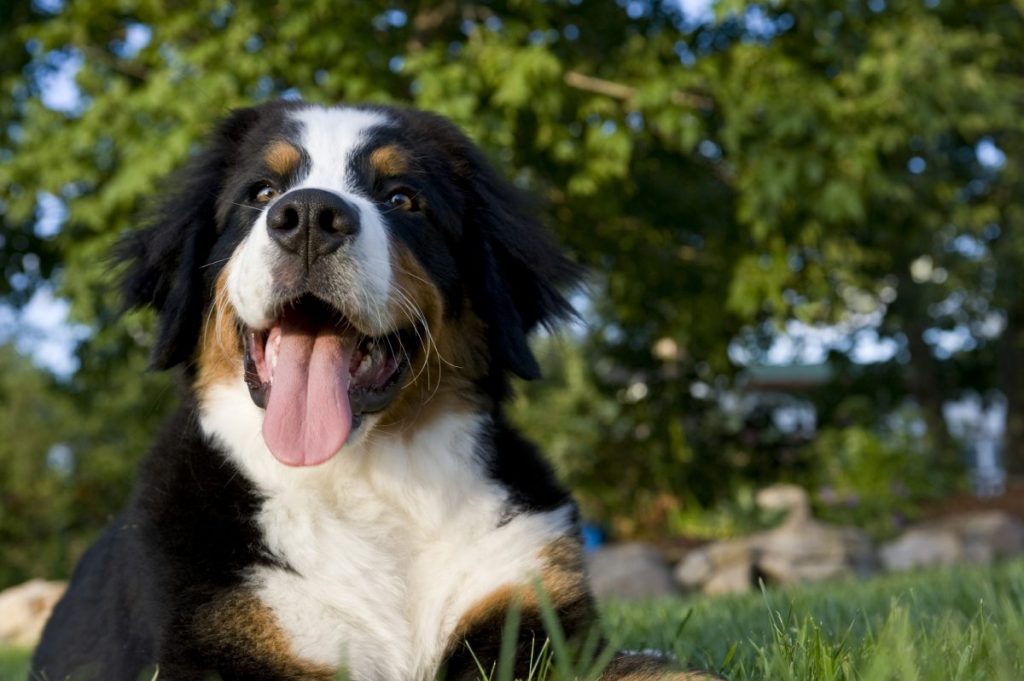 Bernese Mountain Dogs were likely Swiss farm dogs originally. They are strong and hearty and could have been used to pull carts and guard livestock. As farming in Switzerland dwindled, the need for a dog like the Berner did as well. In the early 1900s, interest grew in preserving native dogs breeds. They were first recognized as a breed by the Swiss Kennel Club in 1904 and accepted into the working group of the American Kennel Club in 1936. 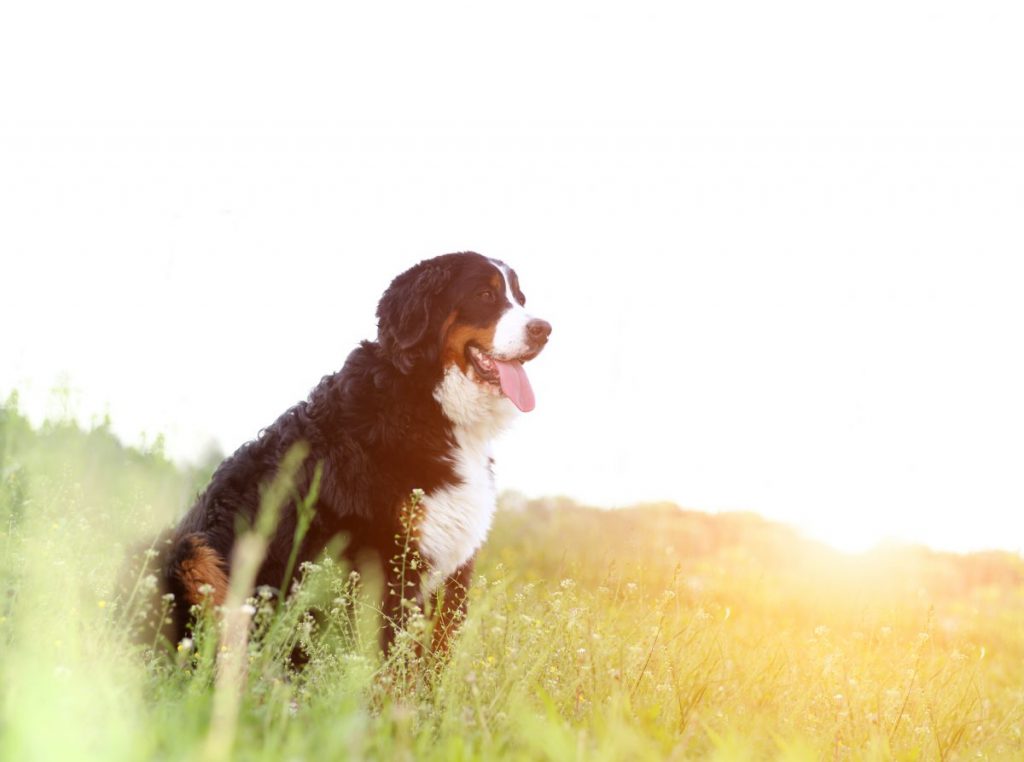 This is a great breed for an active family. Bernese Mountains Dogs are gentle, tolerant, and calm, which makes them a good choice for a home with small children, though they are quite large and should never be left along with children unattended. Berners are protective and, though they are large and intimidating, they are not aggressive. In fact, they can actually be shy with strangers if not socialized properly at a young age. 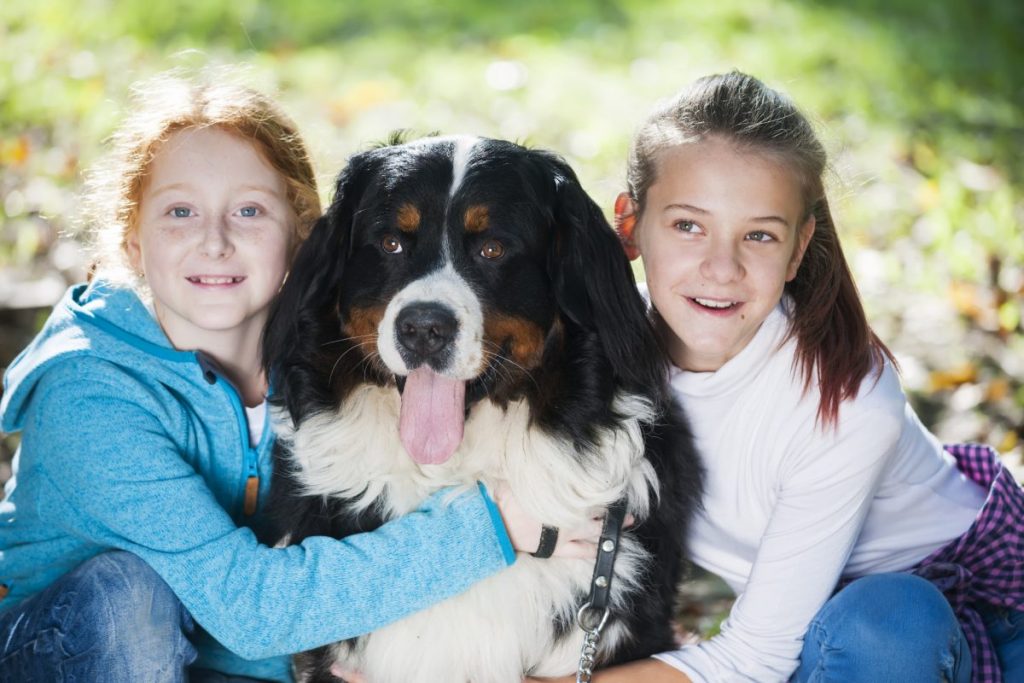 Bernese Mountain Dogs have beautiful thick double coats but be warned that they do shed, most significantly in the fall and spring. They require brushing every few days to keep their coats untangled and prevent fur from getting all over the house. Bathing every three months or so is sufficient in normal circumstances to keep their coat healthy. 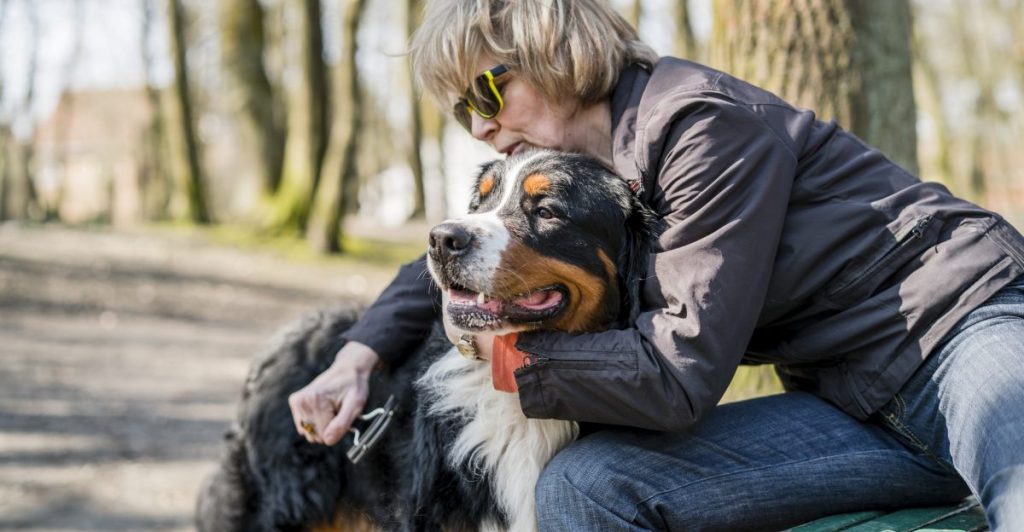 In addition to taking care of their coat, owners of Bernese Mountain Dogs should brush their pet's teeth at least twice a week to keep tartar and bacteria under control. Toenails should be trimmed monthly if they do not wear down naturally. Because of their floppy ears, Berners are prone to infection. Check their ears every week for bad smells or redness. Use a cotton ball with specialized ear cleaner to wipe the outer ear but do not insert anything into the ear canal. 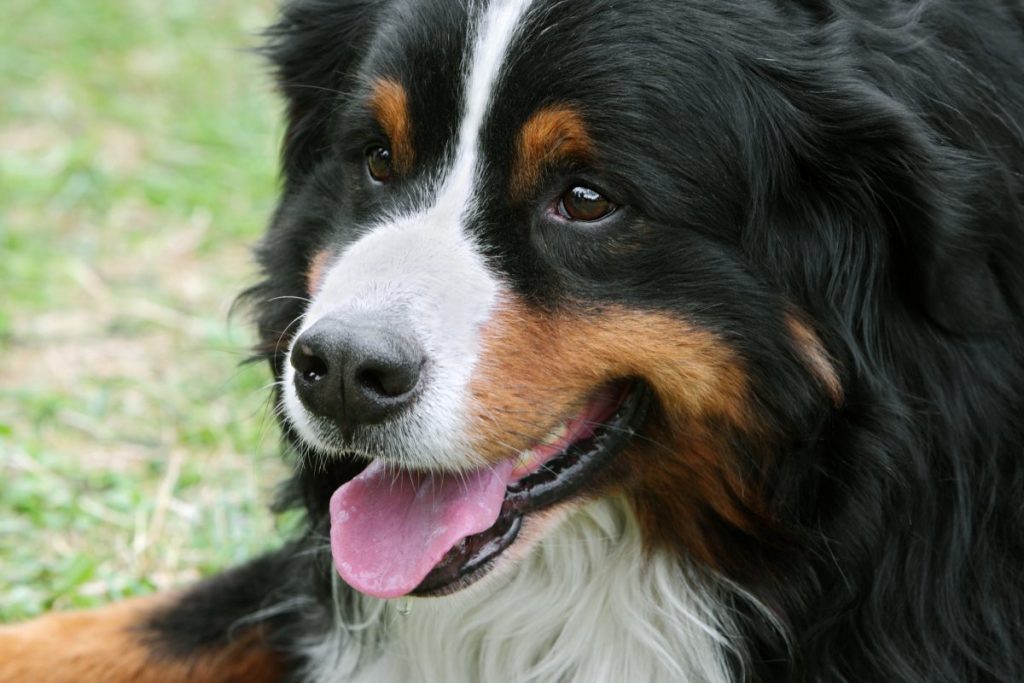 These dogs were bred to work on farms, so they are hearty and very active. They do best in a home with a large, fenced-in yard that gives them plenty of safe space to run around. In addition to playing in the yard, they still need at least 30 minutes of vigorous exercise every day, 90 minutes to keep them in tip-top shape. 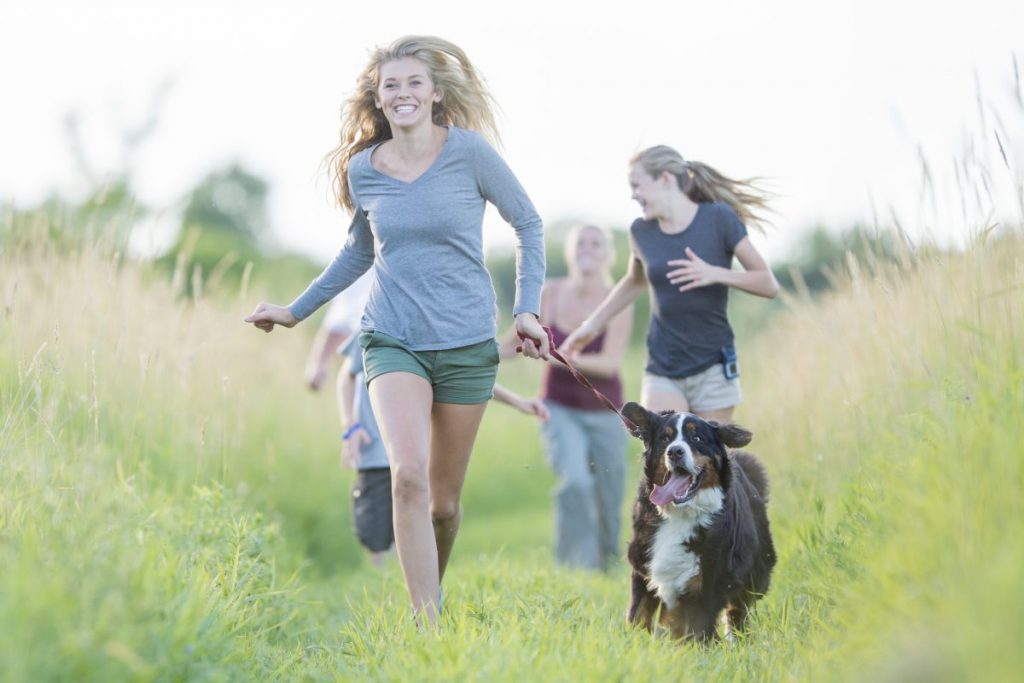 There are some common health problems with Bernese Moutain Dogs, which are usually the result of irresponsible breeding. With these dogs, owners should keep an eye out for hip and elbow dysplasia, hypothyroidism, and a blood clotting disorder called Von Willebrand's Disease. Bernese Mountain Dogs are also prone to developing multiple types of cancer. 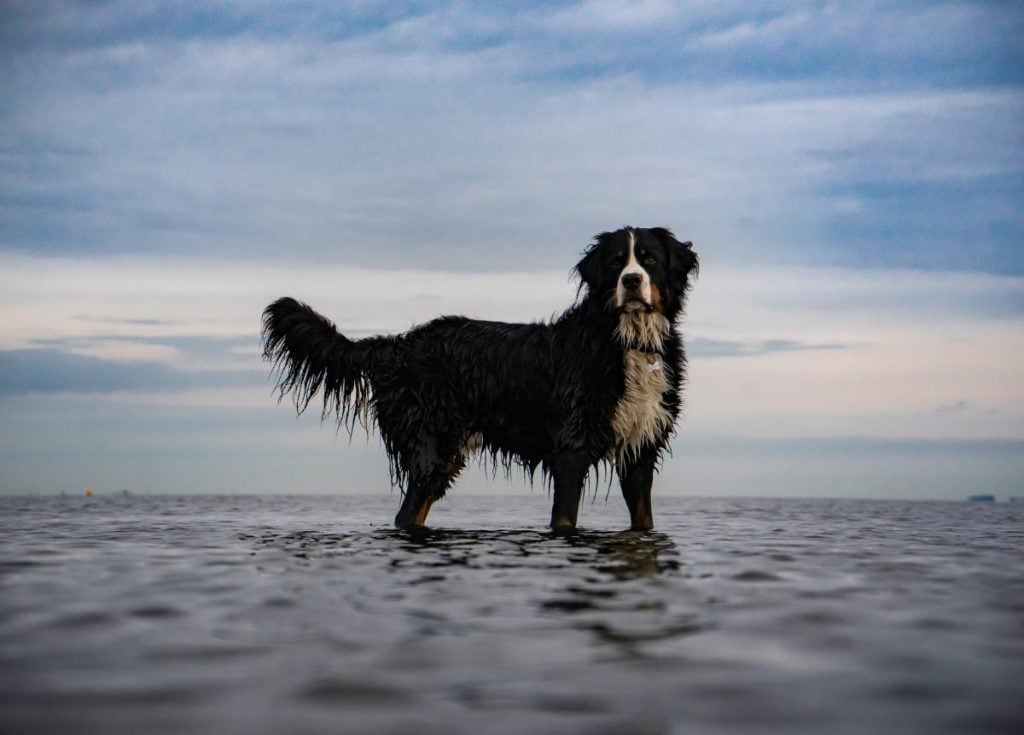 Because of their size and level of energy, Bernese Mountain Dogs are not well-suited for a small condo or apartment. They need a lot of room to run around. Their thick, warm coats make them a good match for a cold environment, and they love to play in the snow. In hot climates, these dogs are prone to heatstroke, so exercise should be limited to cooler times of day like first thing in the morning or after the sun goes down. 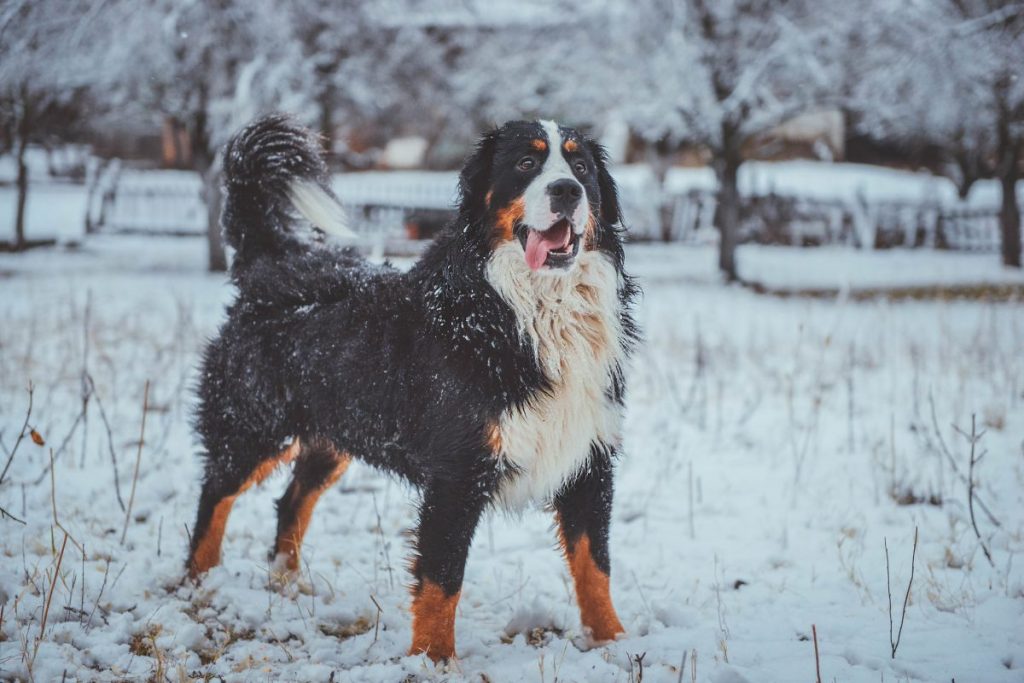 Since Bernese Mountain Dogs are so gentle and patient, they generally get along with other animals and can be kept in a home with other pets. That said, because of their size, owners should be careful about what they pair them with. For homes with cats or smaller breeds of dog, close supervision is required to keep everyone safe. 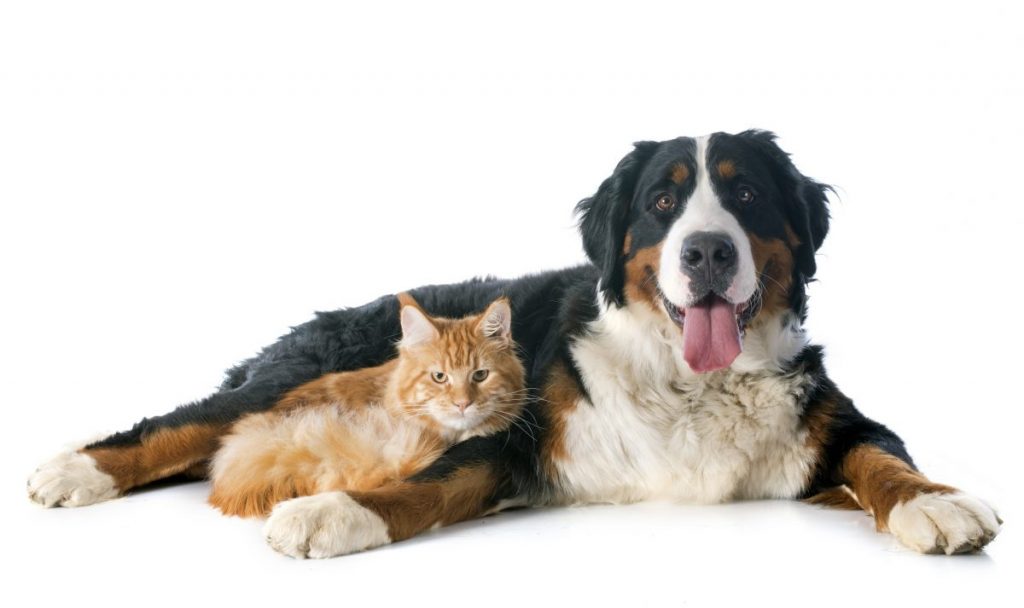 There are a few things to keep in mind when raising a Berner pup. These dogs remain puppy-like for a long time, even after they reach their adult size. Because of their tendency to be shy and aloof later in life, early socialization is important. Puppies should not play on hard surfaces or pull any loads until they hit age two and their bones and joints are fully formed to avoid any damage. 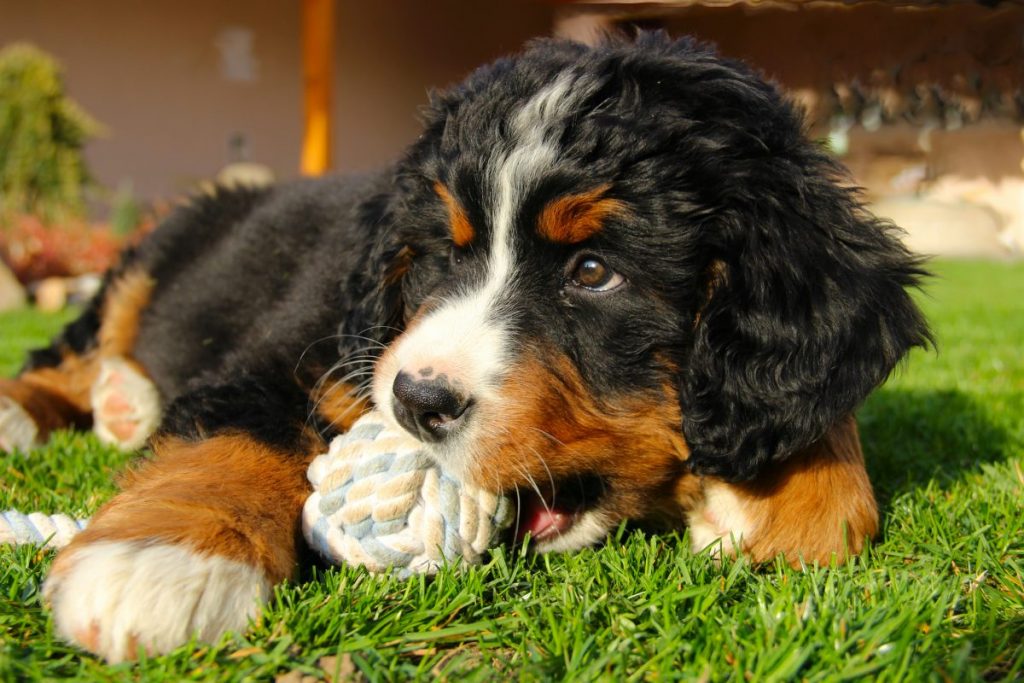