All About Canine Parvovirus

Parvovirus is a serious viral infection that dogs can pass on to other dogs. According to the American Veterinary Medical Association, dogs with clinical parvo symptoms may die from the infection within 72 hours without immediate treatment.

Dogs cannot pass canine parvo to humans, but people may suffer from a type of parvovirus exclusive to humans. Likewise, cats cannot get parvovirus from dogs. The feline virus responsible for parvo is not the same virus causing canine parvovirus.

How Does Parvo Affect Dogs?

In some cases, the parvovirus forces certain bacteria that normally live in the dog's intestines to cross over into the bloodstream. This can lead to a serious condition called SIRS, or systemic inflammatory response syndrome. SIRS causes the rapid formation of blood clots, difficulty breathing, and blood infection. 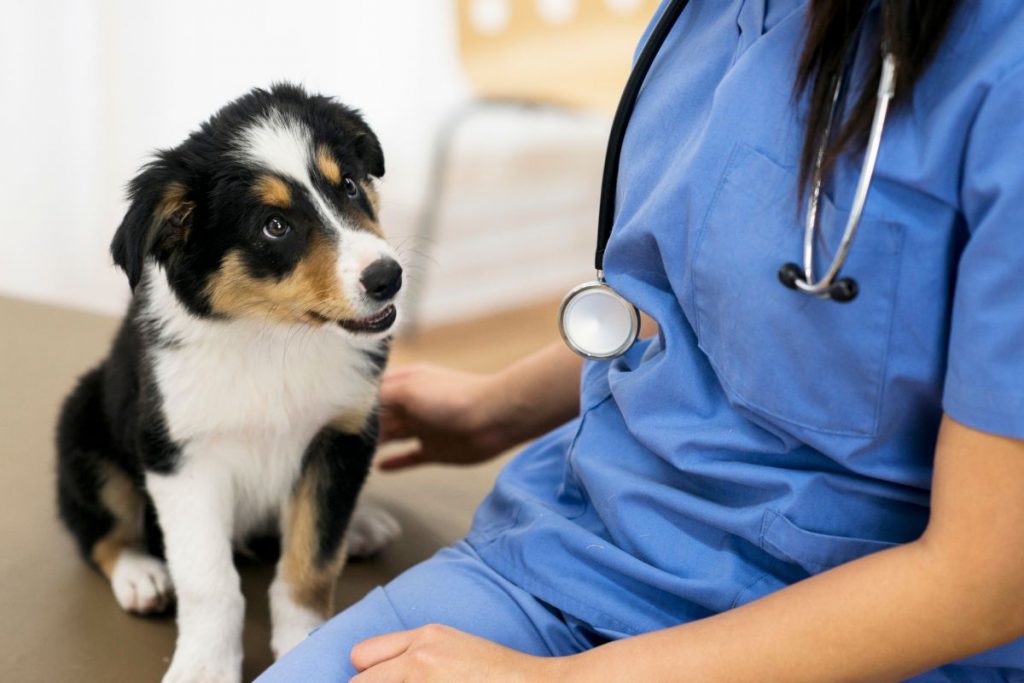 What are the Symptoms of Parvovirus in Dogs?

Within three to six days of parvovirus infection, dogs will begin:

Symptoms may appear sooner in puppies, older dogs or dogs with chronic health problems that compromise their immune system. Dogs with two or more of these symptoms should be taken to a veterinarian immediately. 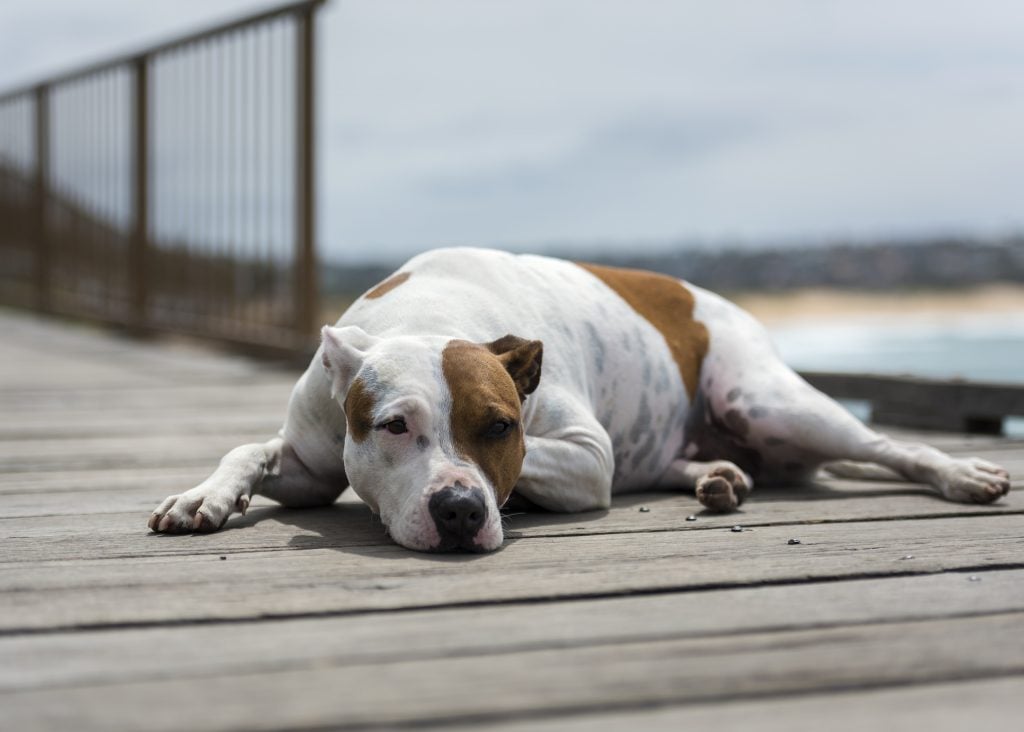 How is Parvovirus in Dogs Diagnosed?

Veterinarians can usually tell right away if a dog has parvovirus by evaluating symptoms and the dog's general health. A clinical diagnosis of parvovirus comes by testing a dog's feces for the presence of the CPV2 virus responsible for the disease.

As soon as a dog starts sufferings symptoms of parvo, the dog's feces is richly populated with the virus. After 48 hours, less of the virus is shed into the dog's feces. Testing done in later stages of parvovirus is performed using the polymerase chain reaction technique that magnifies trace amounts of viral DNA unique to the parvovirus. 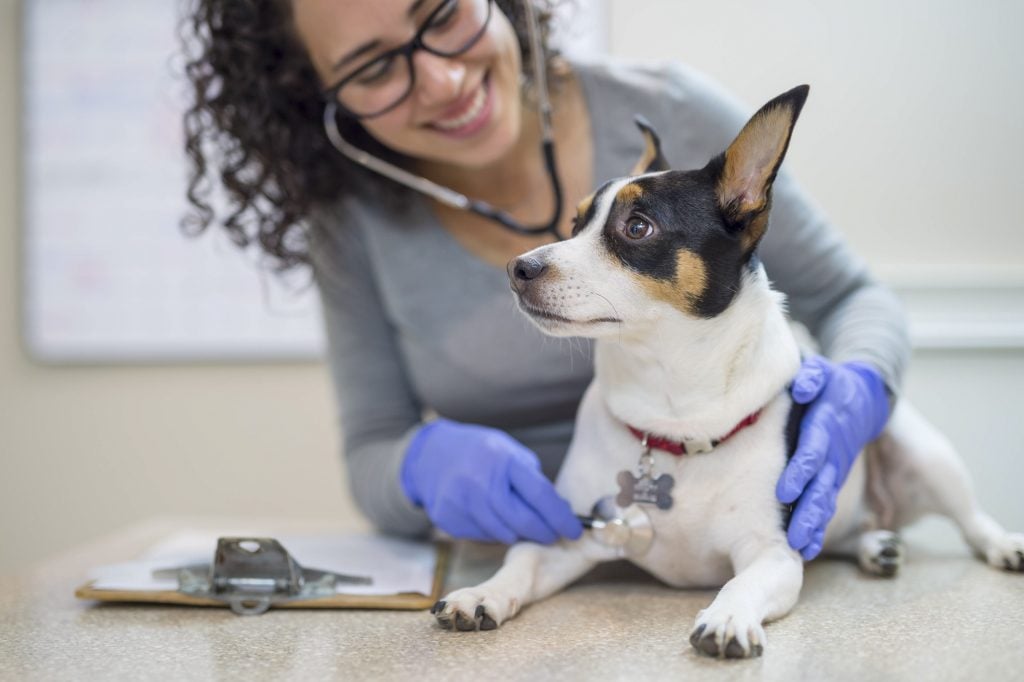 How is Canine Parvovirus Treated?

Dogs suffering from parvovirus will need hospitalizing for as long as a week to undergo intensive supportive treatment. IV fluids, anti-nausea medications, and injections of a broad-spectrum antibiotic to eliminate bacteria causing blood infections are given. Fluids provide sick dogs with electrolytes, potassium chloride, dextrose, and B-complex vitamins for re-hydration, energy, and nourishment purposes.

IV fluids slowly cease when the dog stops vomiting. Depending on how high a dog's white blood cell count tests, the vet may give oral antibiotics to the dog for several days to help ward off secondary infections. 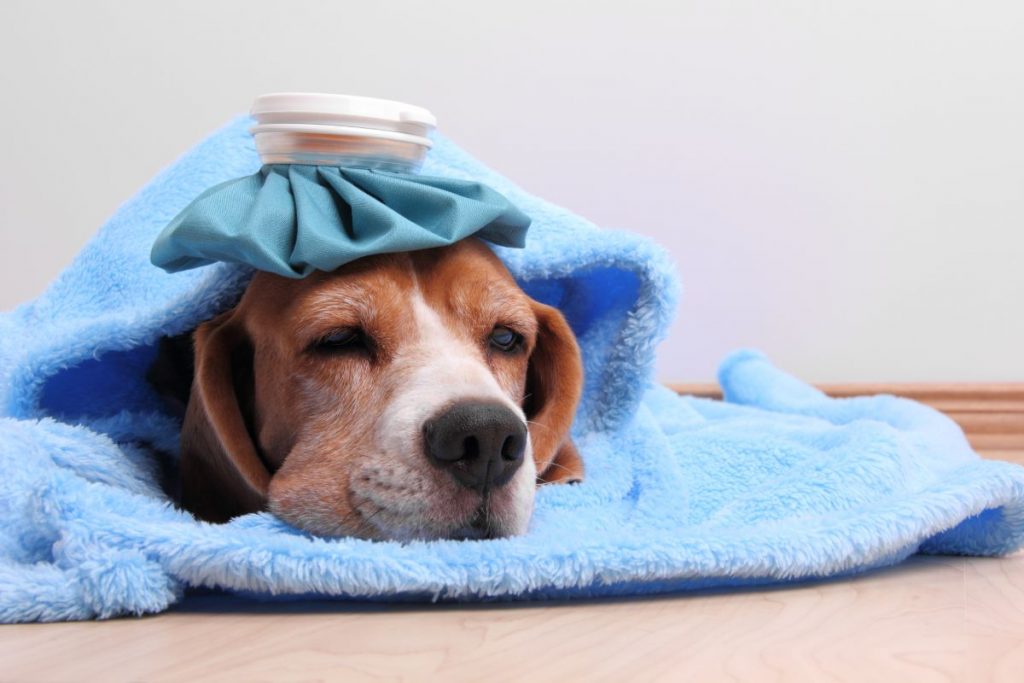 What is the Survival Rate of Dogs with Parvo?

Healthy, adult dogs with parvo usually survive the disease as long as they receive early, aggressive treatment. Unfortunately, most puppies do not survive a parvovirus infection. Their underdeveloped immune system cannot fight against this serious disease.

The mortality rate for untreated dogs with parvo is about 90 percent. Rarely do untreated dogs survive parvo. If they do, these dogs almost always suffer chronic health problems involving their respiratory, cardiovascular, or central nervous system. 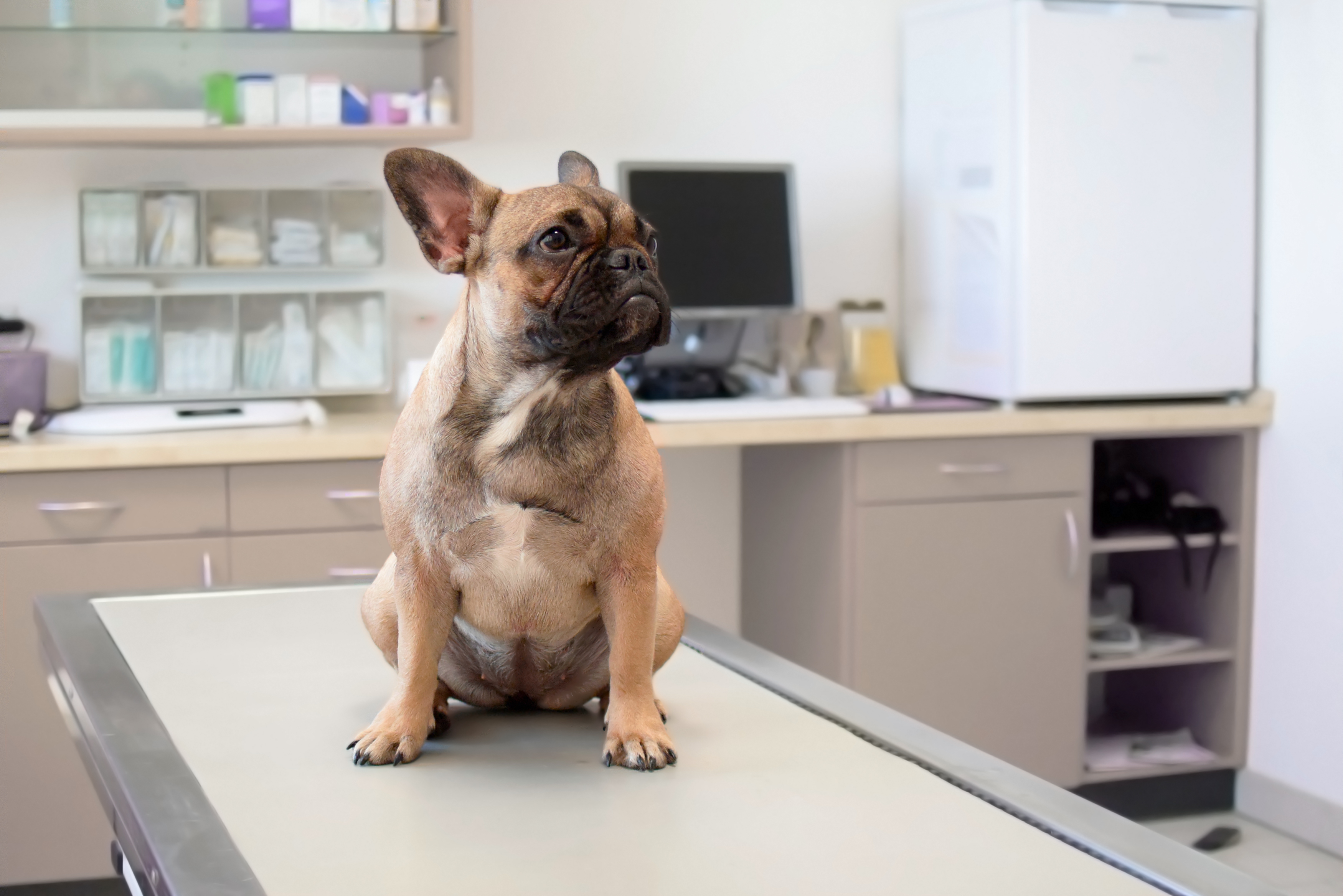 Is There a Vaccination for Canine Parvovirus?

Yes! Puppy parvo vaccinations should be given every three to four weeks until the puppy is between 16 and 20 weeks old. Puppies with mothers that have been vaccinated against parvo may only require a reduced concentration of the parvo vaccine because their bodies carry antibodies produced by their mothers.

Adults dogs should receive booster parvo vaccinations every two to three years. However, this schedule may differ among dogs depending on factors like breed and environment. Dobermans, American Pit Bull Terriers, and Rottweilers tend to be susceptible to contracting parvovirus. A veterinarian may recommend parvo booster vaccinations for these dog breeds every year. 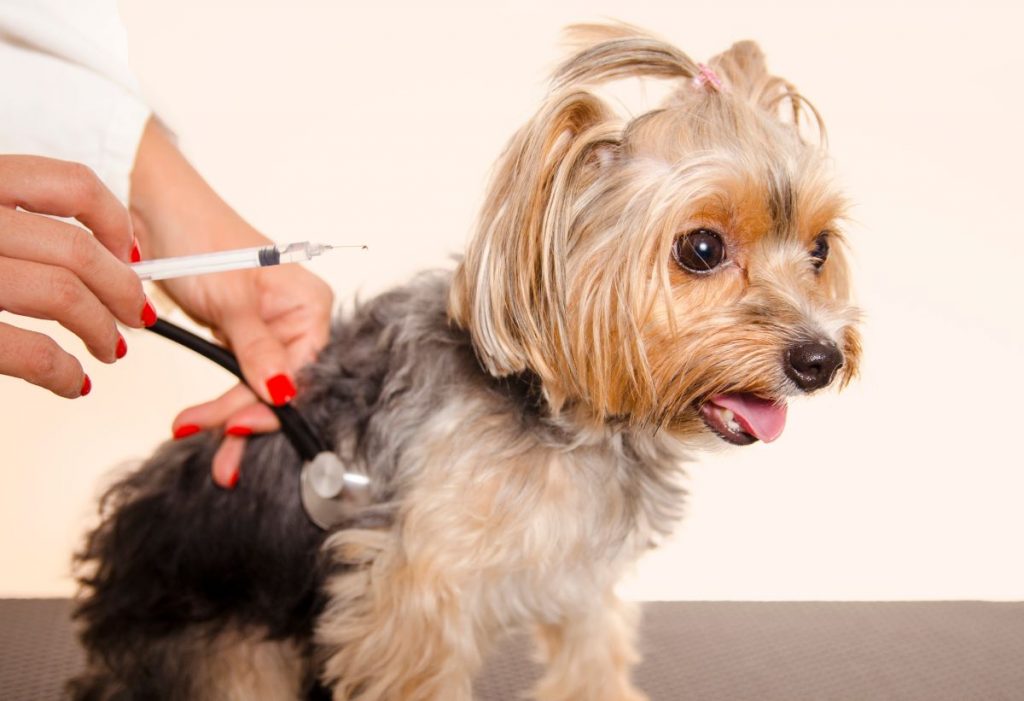 What is the Best Way to Prevent Parvo in Dogs?

The most common way parvovirus transmits from dog to dog is through contact with infected feces. As long as feces remains moist, the virus can survive. A hardy virus highly resistant to extreme heat or cold, parvovirus may live in the soil as well, remaining inactive during times of severe climate change and becoming active when the climate moderates. Food dishes and pet bedding may also harbor the virus for several days as well. 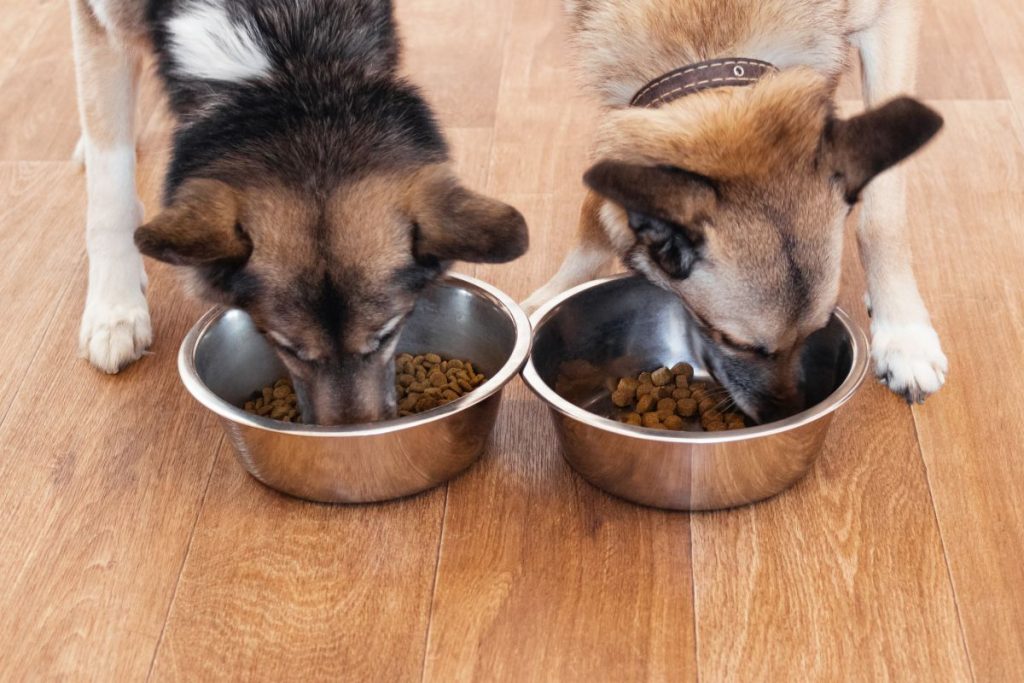 Can Dogs Fully Recover from Parvovirus?

A dog's digestive system may experience long-term damage after recovering from parvovirus. If enough intestinal cells die off, the dog could have trouble digesting food and absorbing nutrients. Owners of dogs that have recovered from parvo should watch closely for signs of unusual weight loss or dehydration even though their dog is eating normally.

Puppies that manage to recover from parvo may have suffered bone marrow damage that leads to stunted growth as an adult. However, it is often difficult to predict how big a mixed-breed puppy will ultimately get. Owners should have the health and growth of recovered puppies regularly monitored by a veterinarian. 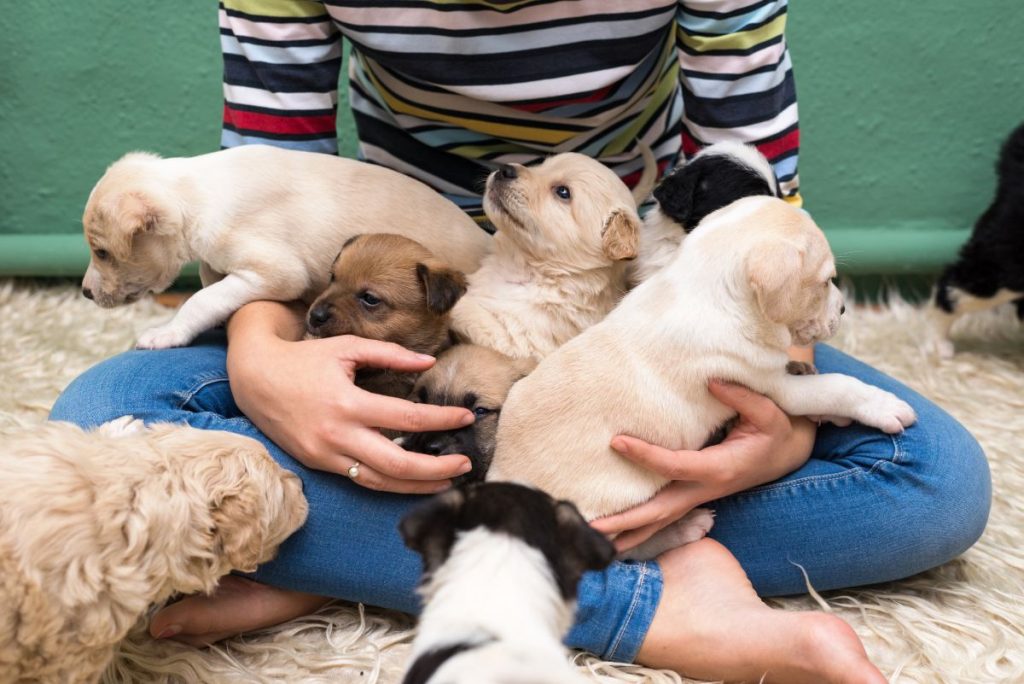 What Should Dogs Eat After Recovering from Parvo?

Bland diets and plenty of fresh water necessary for a recovering dog. Dogs recovering from parvo should eat only boiled chicken and rice, homemade chicken stew with boiled chicken bits and vegetables and boiled hamburger for at least a week before transitioning to small amounts of prescription dog food for convalescing dogs.

Regular canned dog food and kibble should not be fed to recovering dogs until the veterinarian has tested the dog's feces for signs of the virus. 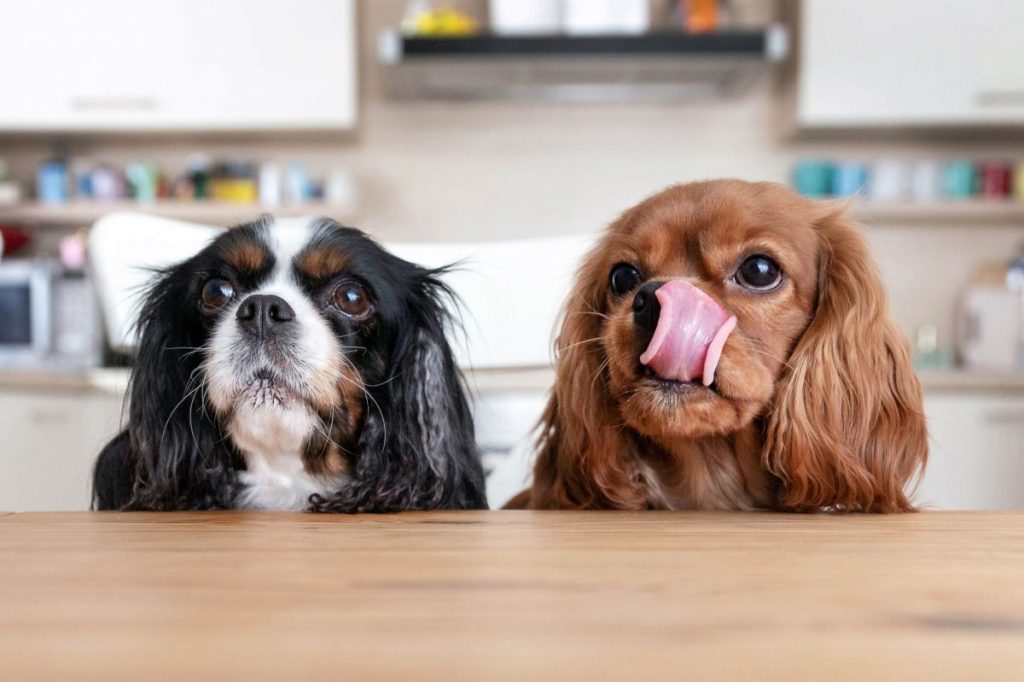 How Do Owners Know Their Dog is OK?

Veterinarians will re-test a dog's feces to detect evidence of viral shedding. Stool samples tests run two to four weeks after treatment begins on dogs with parvo. The more severe the symptoms, the longer the vet may wait to test the dog's stool.

Most dogs that recover from parvovirus are immune to the disease. However, like other viruses, the canine parvovirus is capable of mutating and producing other strains of the virus. Veterinarians advise owners of dogs that have recovered from parvo to get their dog's antibody levels tested periodically. Lower than normal blood antibodies may indicate the dog needs vaccination. 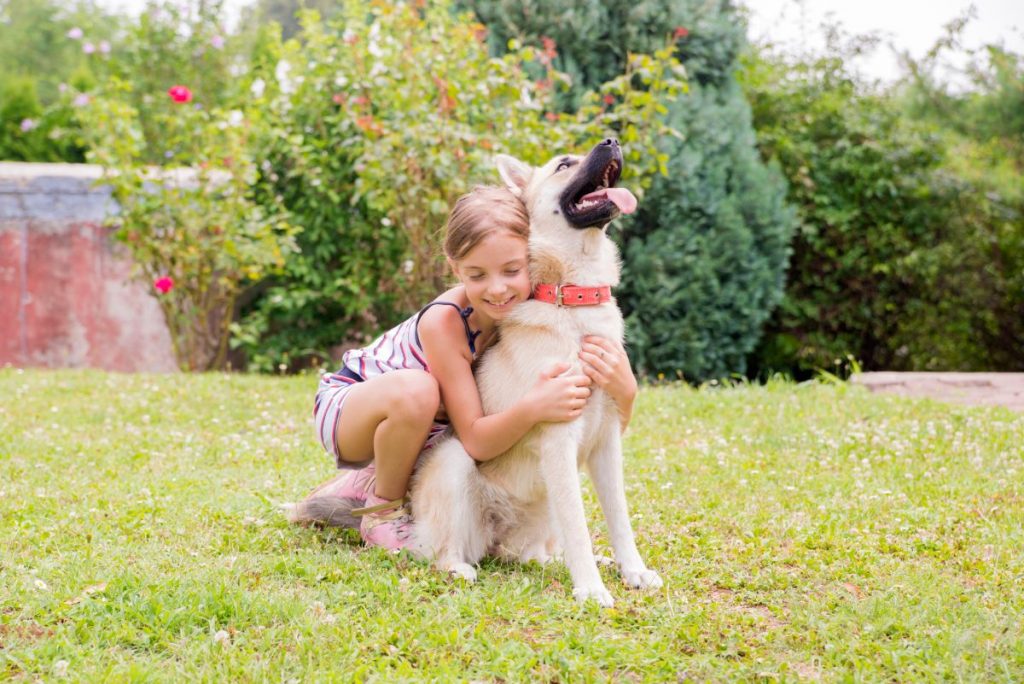