A Portuguese Water Dog Could Be Your Next Best Friend

Portuguese Water Dogs are loyal and hard-working. Believed to be descendent of the Poodle, Porties are smart, loyal, and love to be a part of the family. While it is easy to assume that these are outdoor dogs, they actually prefer to be indoors with their family. That said, they do need daily exercise. While Portuguese Water Dogs enjoy a lot of activities, swimming is one of their favorites. After all, they were made for it. They even have webbed feet.

Porties are considered a medium to large-sized dog. Females stand as tall as 21 inches at the shoulder and weigh between 30 and 50 pounds. Males can be as tall as 23 inches and weigh as much as 60 pounds. One of the most recognizable features of the Portuguese Water Dog is its coat. Black is the most common color, but some are brown, both with or without white patches. Others have white coats, though these are not as common. 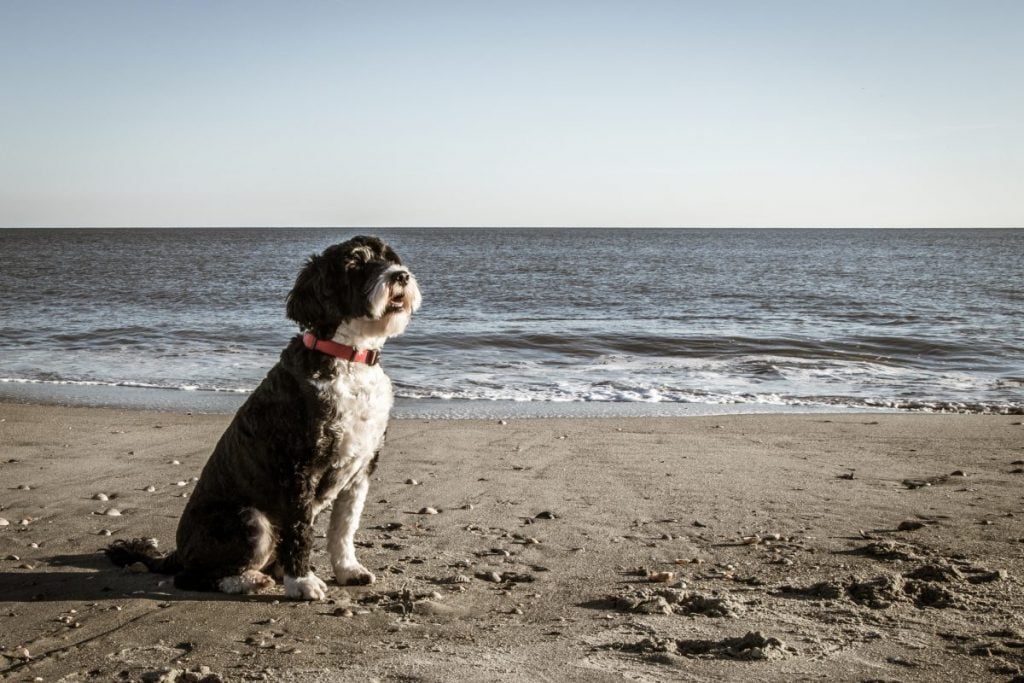 It is believed that Portiesare a distant relative of the Poodle and was bred to drive fish into nets, swim from one fishing boat to another, and collect gear that had fallen into the water. While the breed once helped fishermen from the coast of Portugal to Newfoundland, it nearly disappeared in the early 20th century. A wealthy dog lover stepped in to save the breed, and they soon made their way to the United States and England. Portuguese Water Dogs were recognized as a distinct breed by the American Kennel Club in 1983. 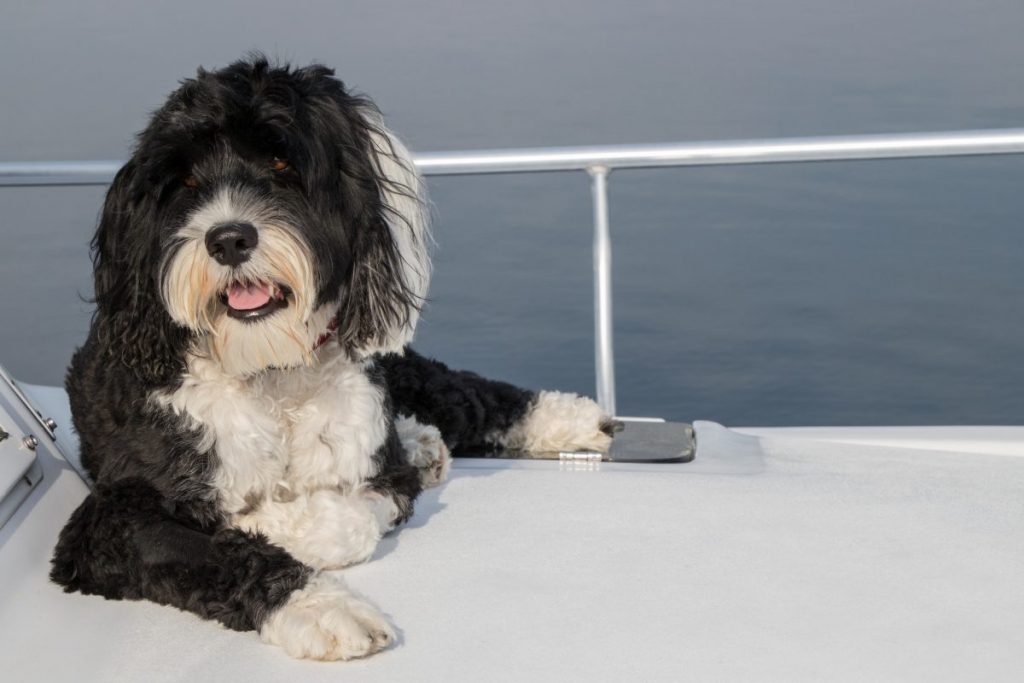 This breed is full of energy, fun-loving, and highly intelligent. While their temperaments vary, Portuguese Water Dogs love to make their owners laugh. They can be trained to do just about anything because they are hard-working and loyal. Most Porties are very affectionate and exemplify the idea of man's best friend. 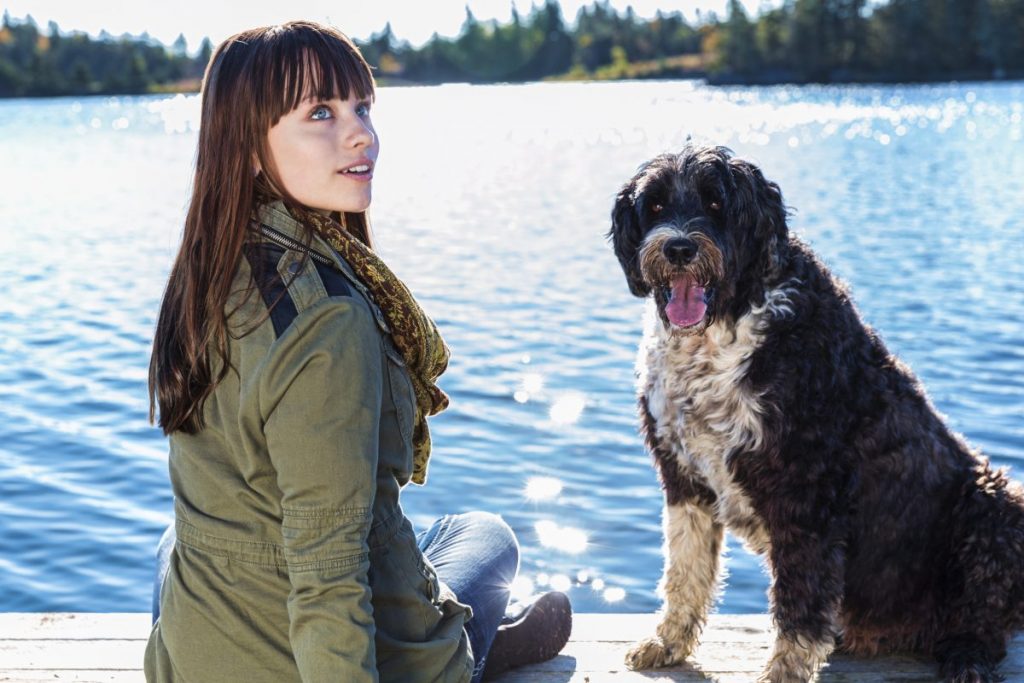 While their coats can be either curly or wavy, they are always a single coat. Since there is no undercoat, Porties do not shed as much as some breeds. Contrary to popular belief, these dogs are not hypoallergenic. They do shed some fur and dander, though it is much less than most other breeds. Lion clips are popular for these dogs. The coat is clipped short on the body and kept long and full around the face like a lion's mane with a small tuft of fur on the tail. Retriever cuts are popular, too, when the coat is clipped to about an inch long all over. Coats should be brushed at least twice a week and clipped every month. 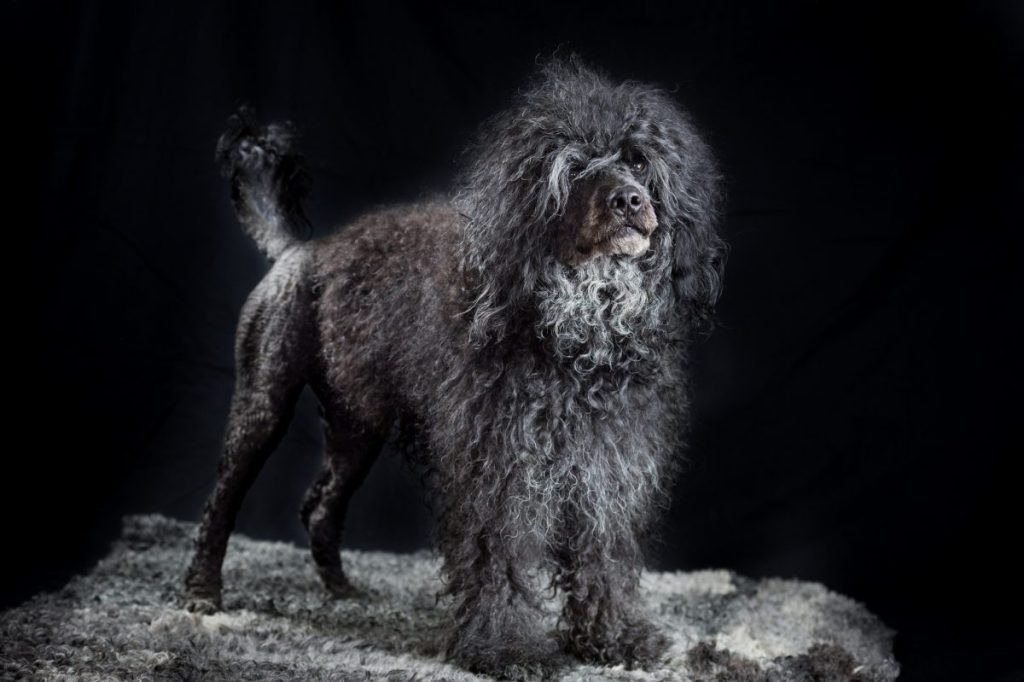 These dogs love to spend time in the water. Their coats should be rinsed with fresh water after swimming to keep the coat clean and prevent skin irritation. Dry the ears after swimming, too, to avoid infections. When training, positive reinforcement is often effective. Repetition without reward bores them. Porties are very smart and love to learn tricks to stimulate the mind. 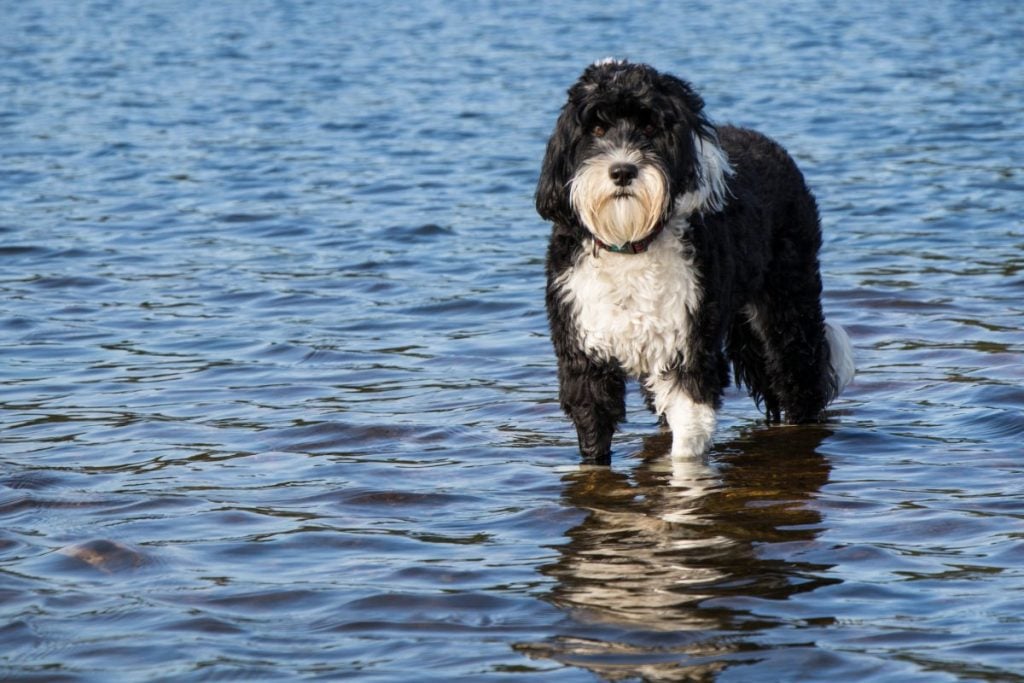 Believe it or not, Porties are a house dog. While they do well in a fenced-in yard where they can run around, they love being around their families and do not enjoy being left outside for long periods of time. These dogs need about an hour of exercise a day. Swimming is an ideal activity, obviously, but long walks and games of fetch are good, too. With enough exercise, these dogs can even do well in an apartment. 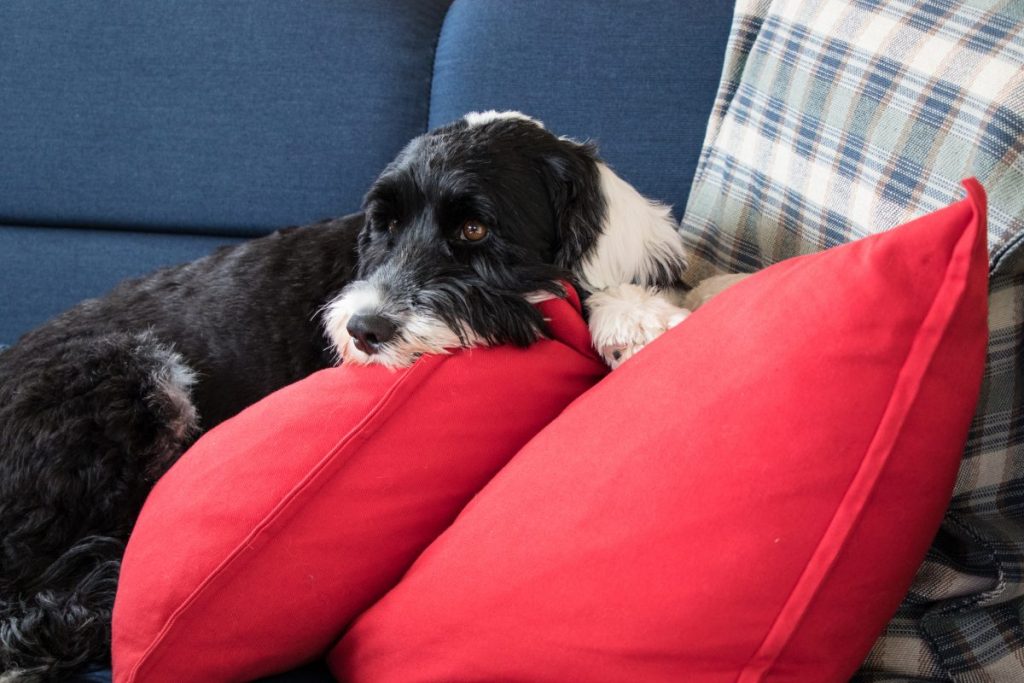 Puppies should always come from a reputable breeder who can provide clearances about the health of the puppy's parents. For Portuguese Water Dogs, look for clearances for hips as well as the eyes. Progressive retinal atrophy can occur in this breed. They can also develop storage disease, a rare metabolic disorder that can be revealed by a DNA test. Some health issues in dogs do not appear before age two so breeders should only breed dogs that are older than that to avoid passing on unknown issues. 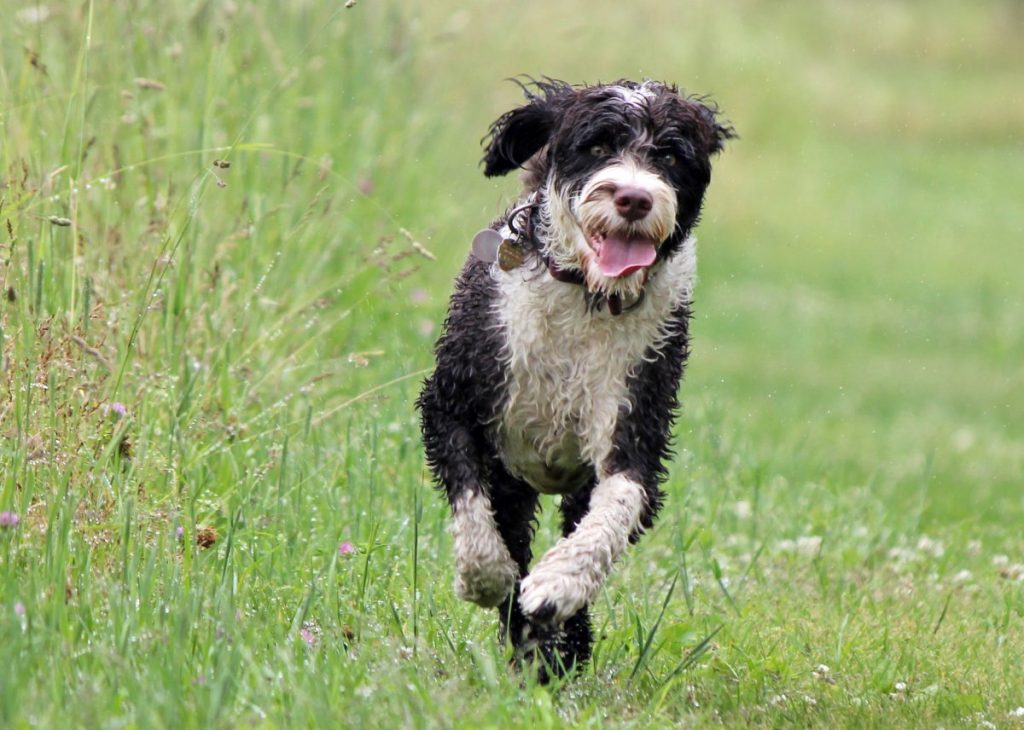 This breed makes a great pet and does well in a family with children. Because Porties are playful and often rambunctious, they may overwhelm small children so they should never be left along with them. They make good jogging or walking partners and, of course, love a good swim. These dogs also really like to chew, so make sure to keep important belongings out of reach. 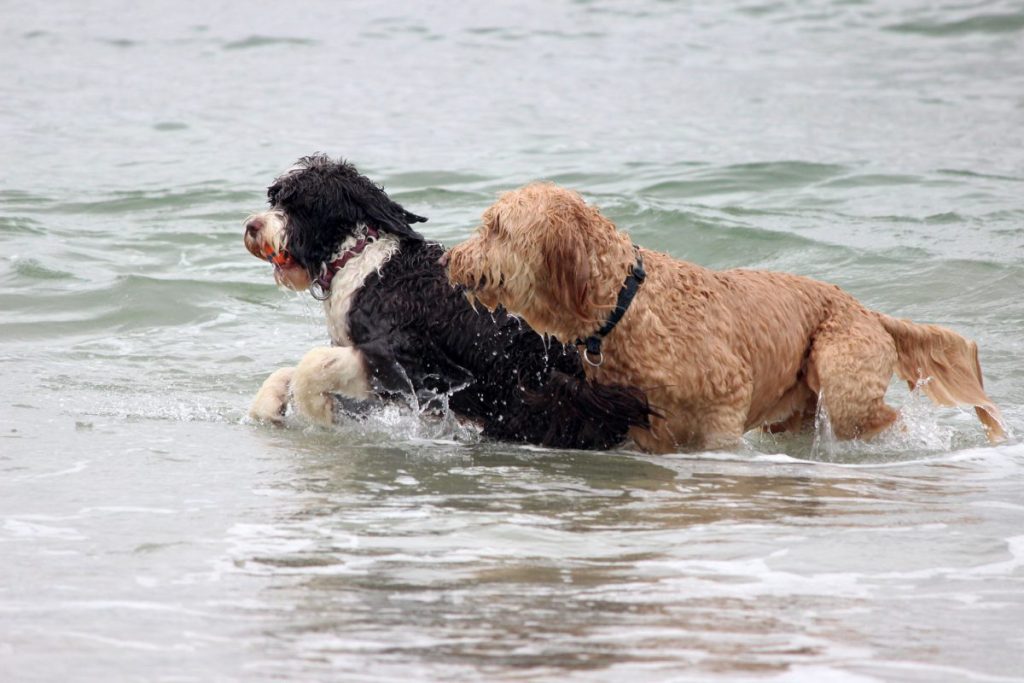 These dogs do great with other pets in the home, particularly if they were raised together. When introducing a new pet to the family, remember that Portuguese Water Dogs can be excitable and enthusiastic, so make sure to supervise, especially with a cat or dog of a smaller breed. Keep a close eye on these dogs around rabbits, guinea pigs, and other small pets. 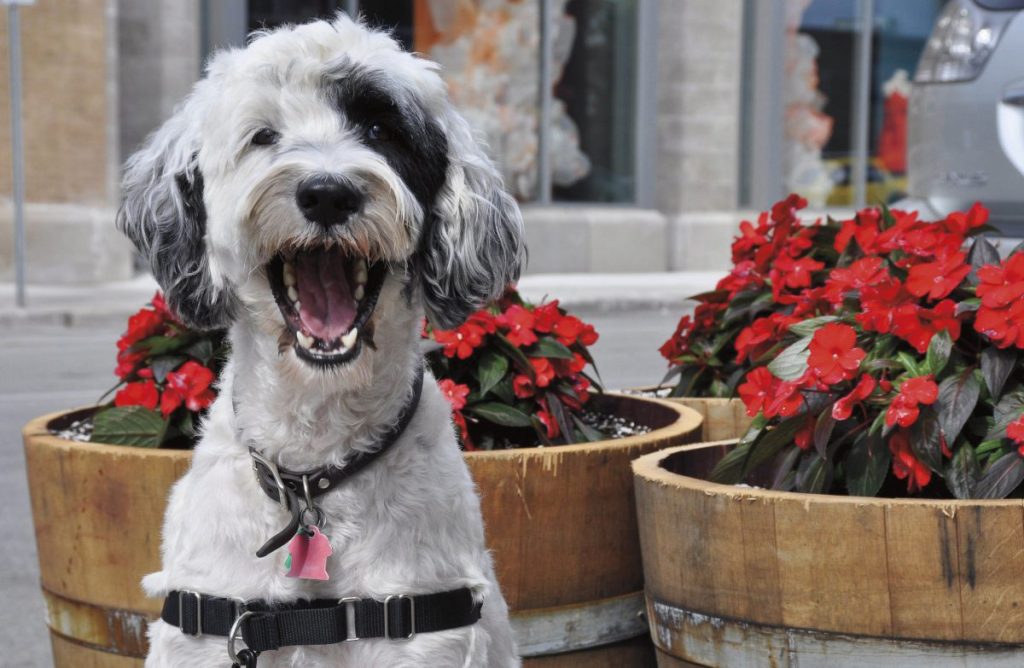 Portie puppies should be socialized at an early age to acclimate them to being around other dogs and people. Remember that they love to chew, so start training them early, so they know what is and is not okay to sink their teeth into. Begin grooming early so that they get used to being brushed and clipped which will make it easier when they get older. 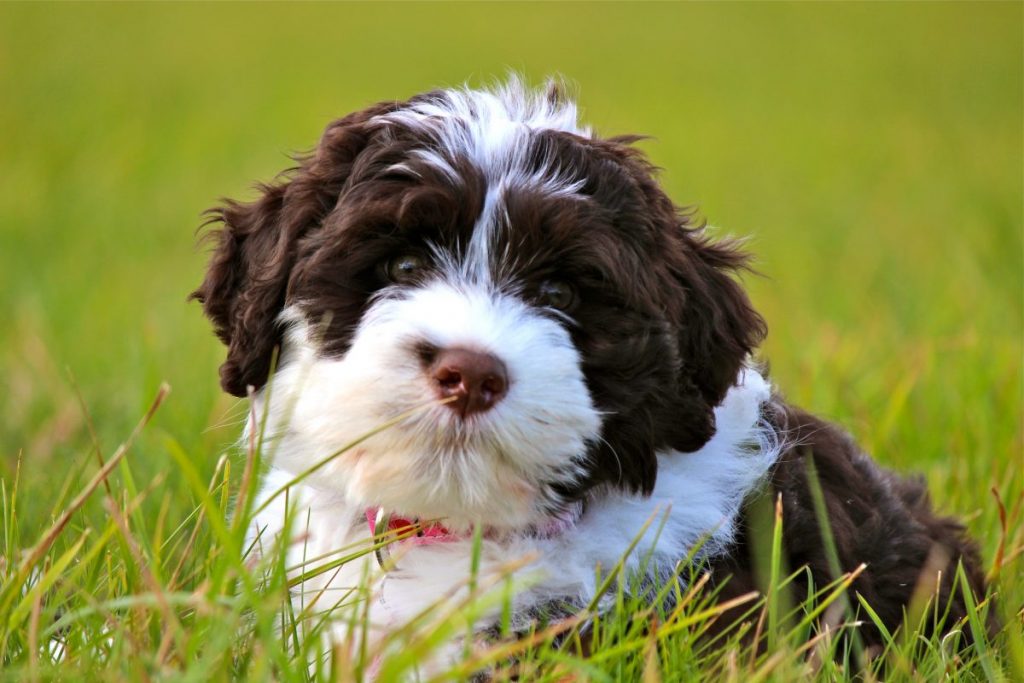