Style evolution isn't the way to define Jane Fonda's versatile clothing choices. Style revolution may be a bit more fitting for someone whose choices have affected those of the public for decades. Her protests have been equally influential, and she continues to make her voice heard on issues like climate change and environmental conservation. And as much as her incredible philanthropist and activist work are appreciated, most people love her style. She's lived through Hollywood's best eras and shown herself to be an actress and a trendsetter to be reckoned with.

The pin-up was an iconic look of the time, and it was one that Fonda wore at the start of her career in the 50s. This look was fashionable with Hollywood women and movie stars, including Doris Day and Marilyn Monroe. It involved an intricate series of curls and waves that were worn in soft waves around the face and pinned up, hence the name. 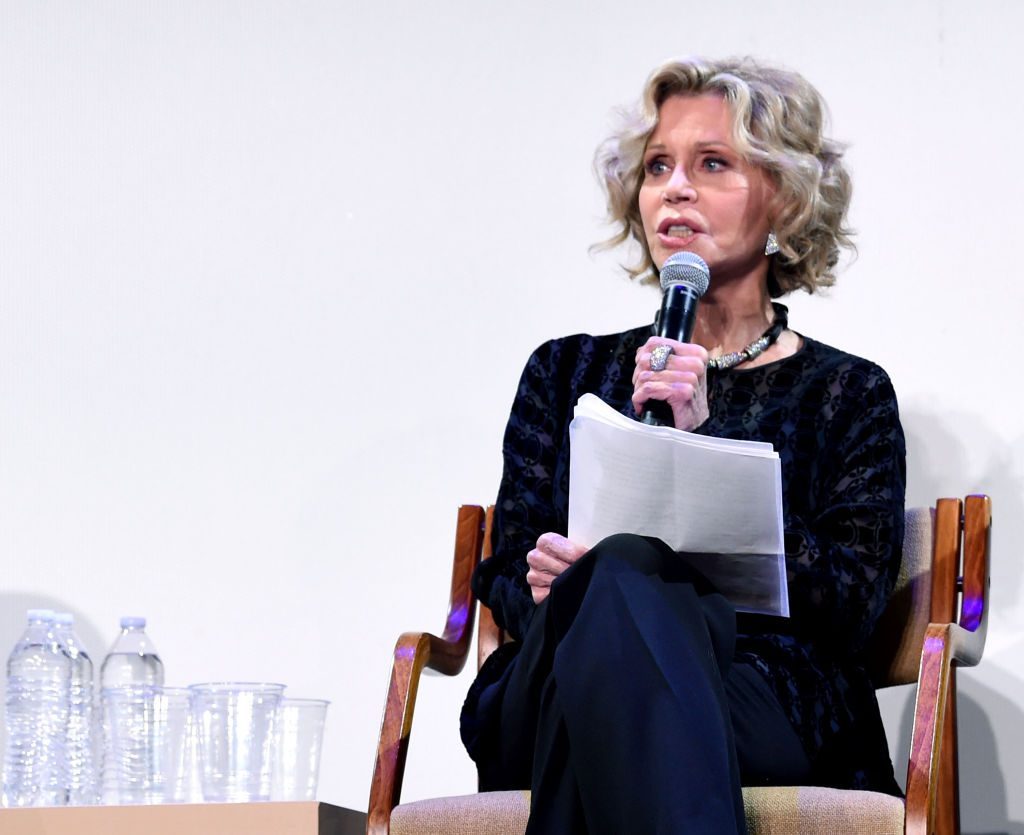 Fonda's life-long love of this textile would mean its appearance on many red carpets. Fur has been a staple in her wardrobe for decades, and it never fails to make a statement. Jane wore fur again as the trim of a cashmere coat that was part of a glamorous ensemble at the Berlin Film Festival in 2013. 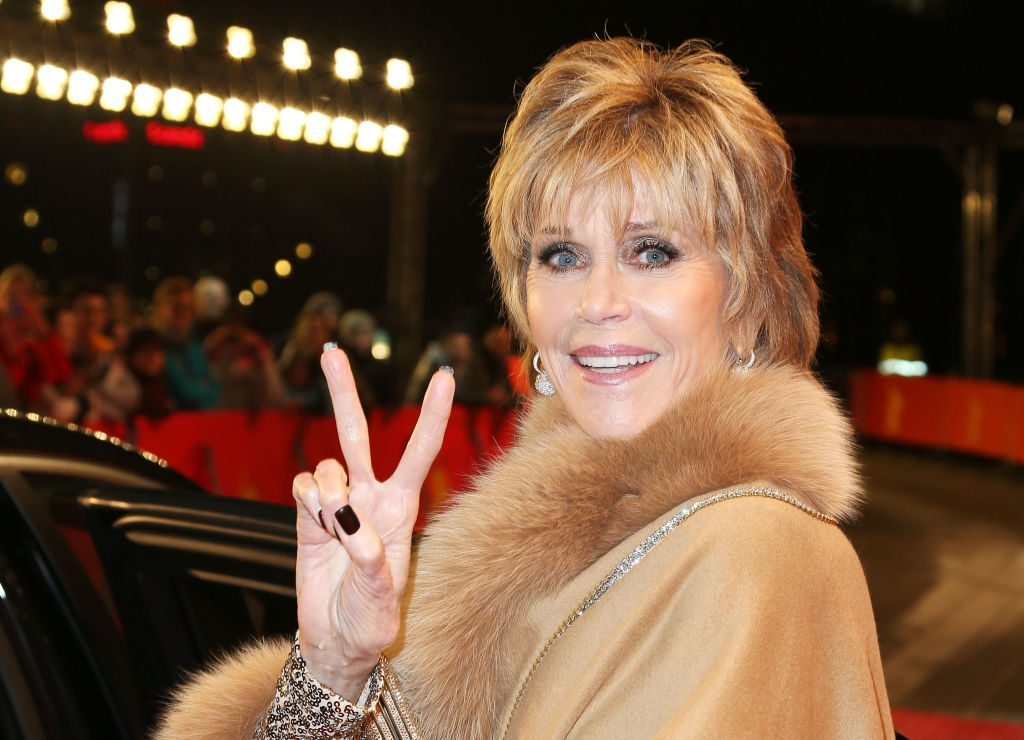 The Cigarette Trousers of the 60s

This type of pants was made famous by celebs in the 50s and 60s, and we're sure Ms. Fonda had something to do with that. Cigarette trousers typically end an inch or two before the ankle and are slim fit. These pants are similar to pixie pants but differ very slightly in length. Nobody rocked them like Jane! 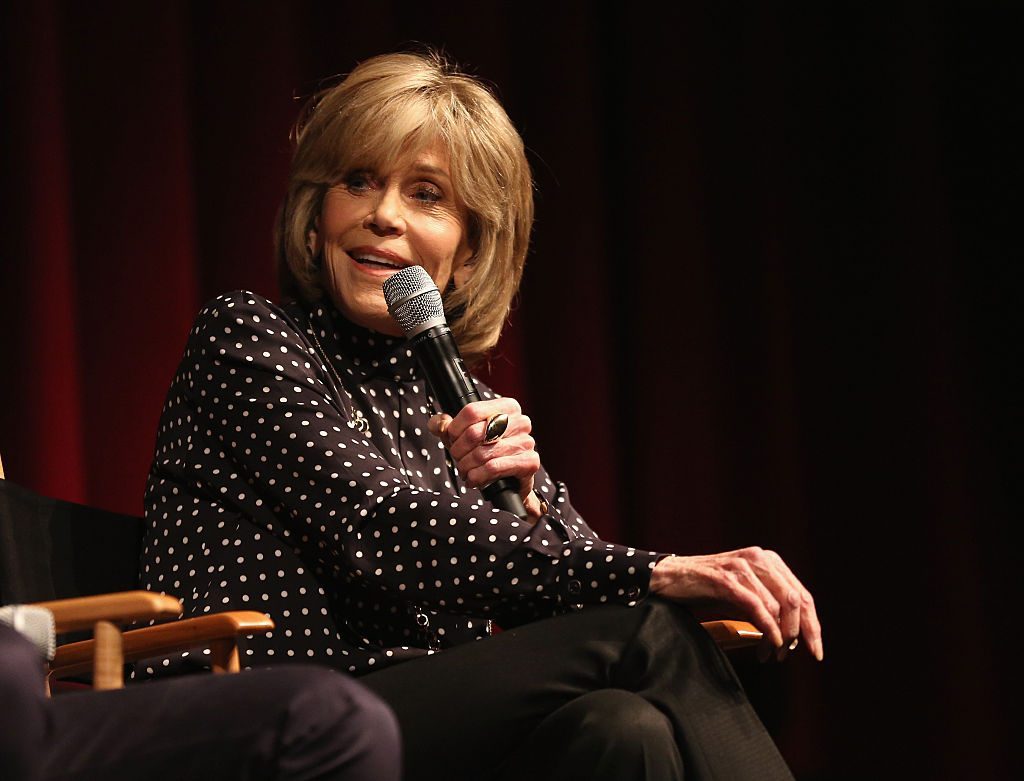 The Leotards Of The Workout Years

Leotards were often worn with a belt and leggings underneath. This piece was a staple in those 1980s workout videos that Jane Fonda created. In fact, Fonda recently said in an interview that her workout videos remain the best selling home video of all time. Why did we wear these leotards even though we all looked hideous in them? Because Jane did, of course! 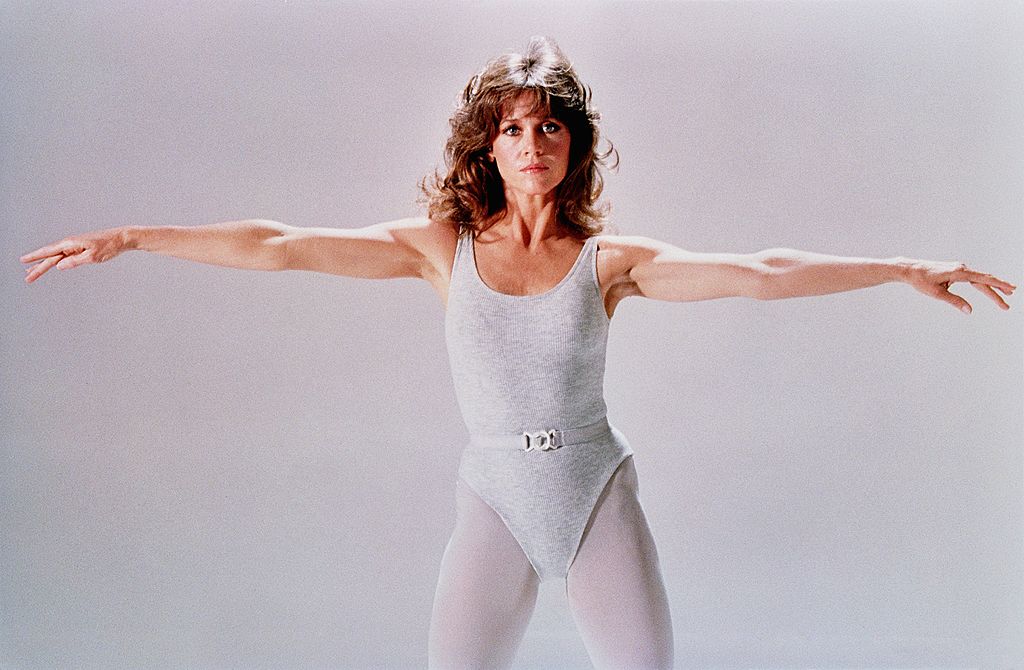 Will we ever judge Jane's style? No. Do we really want to remember the dark era of the shag? Also no. While this hairstyle is probably better off forgotten, it was all the rage in the 70s. Jane sported it in movie roles and during her infamous visit to Vietnam. Fonda wore this style while playing Bree Daniels in Klute (1971). 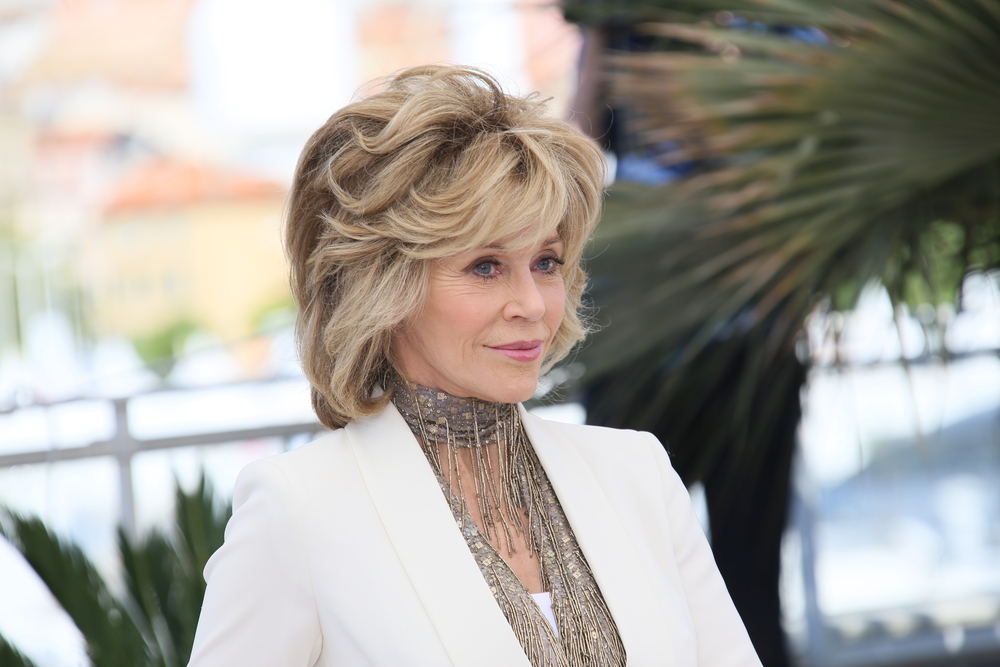 Fonda's love of this color has shown through for years. She wore her classic red coat during her first appearance after the birth of her daughter, Vanessa, with matching tall red leather boots. She's also worn it numerous times after that, most recently while being arrested, as well as to the 2019 SAG Awards. 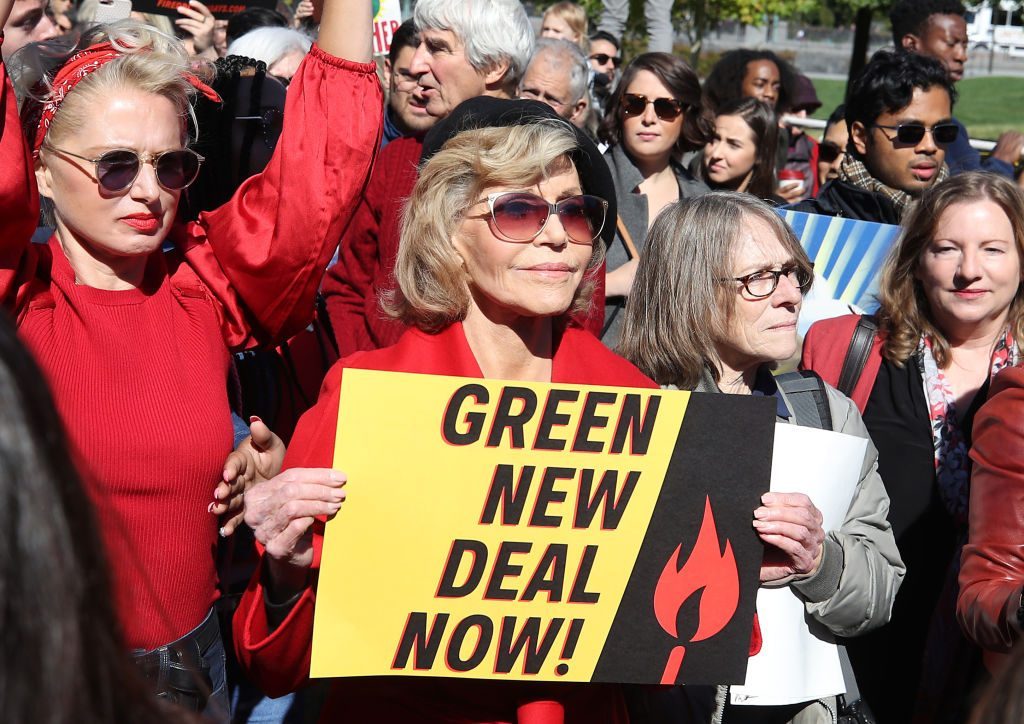 While her purse, sunglasses, and even her adorable dog are quintessential Fonda accessories, this one, in particular, has a glossy look that dates back to her 1950s style. Fonda's been sporting silk scarves for decades, and she wore one again to her Hand and Footprint Ceremony in 2013. The silk scarf is oh-so classy and very much "in" right now, proving Ms. Fonda's consciousness of modern trends. 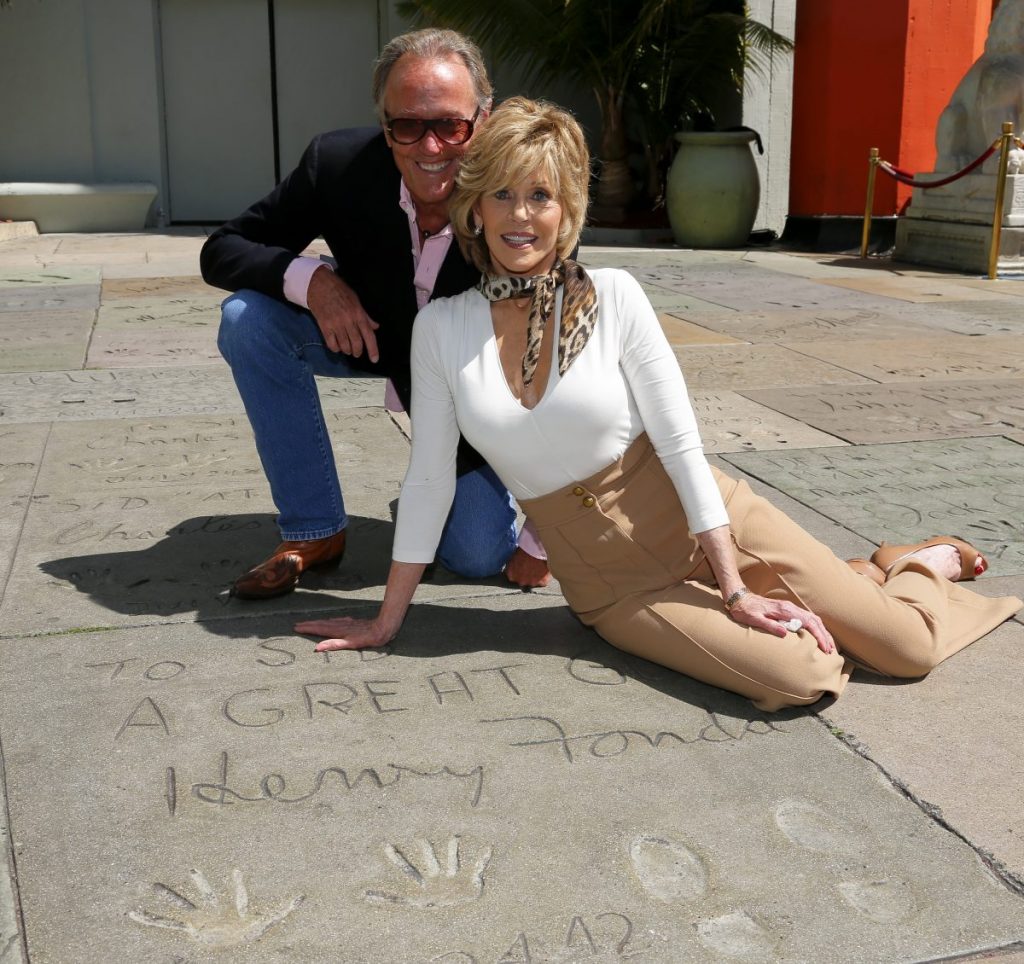 Fonda was married to Ted Turner from 1991 until 2001. They remain friends, and Fonda refers to him as her "favorite ex-husband." Fonda's relationship with this billionaire changed her style, moving it in a more refined direction. Ted and Jane remain friends even almost two decades after their divorce. They both are passionate about conservation and are involved in philanthropist work, sometimes jointly. 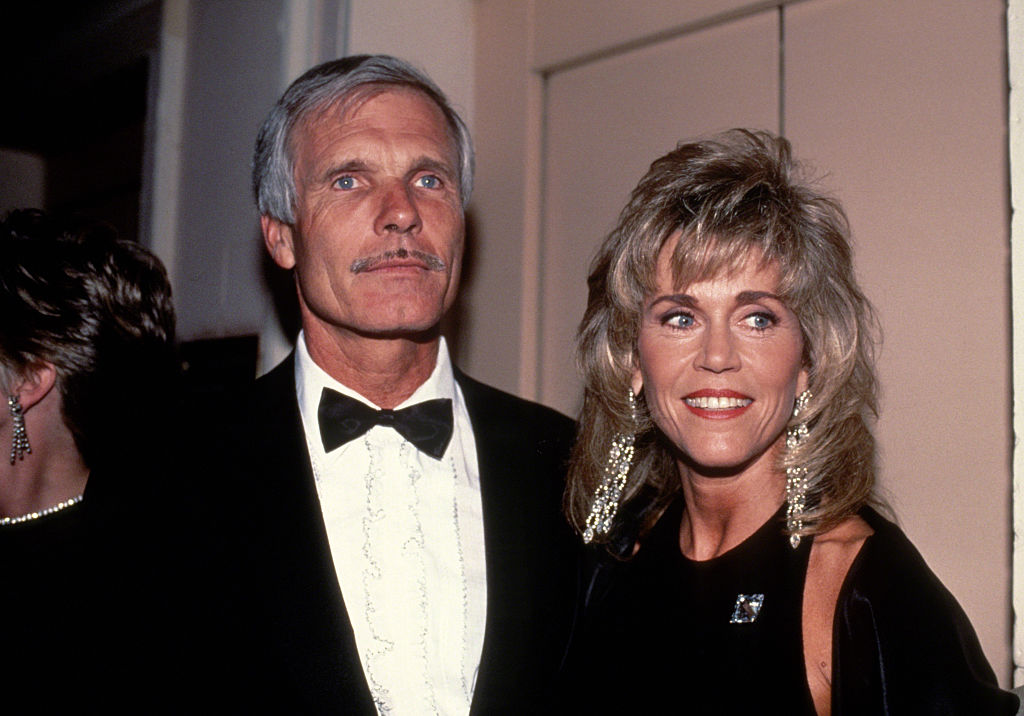 A Penchant For Jewels

Fonda has sported diamonds and other jewels more and more since the 2000s, far more than during the early days of her career. In the picture below, Fonda rocks a jewelry set that was worth almost $2 million. She also has an array of beautiful costume jewelry pieces. 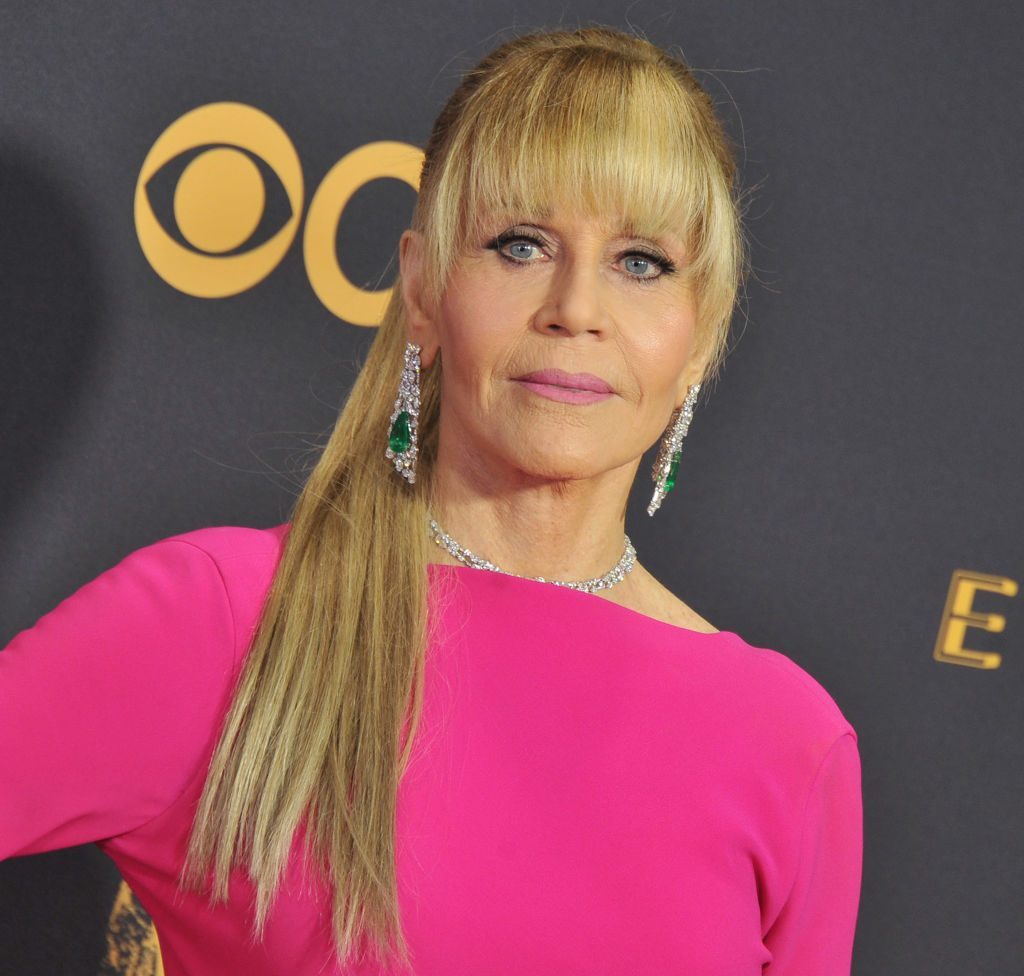 On the red carpet, Fonda looks radiant with this type of fit, which she has favored for the last few years. She looks spectacular in an array of evening gowns, which seem to be her favorite red carpet look as of late. She also favors floral patterns in her dresses and her tops. 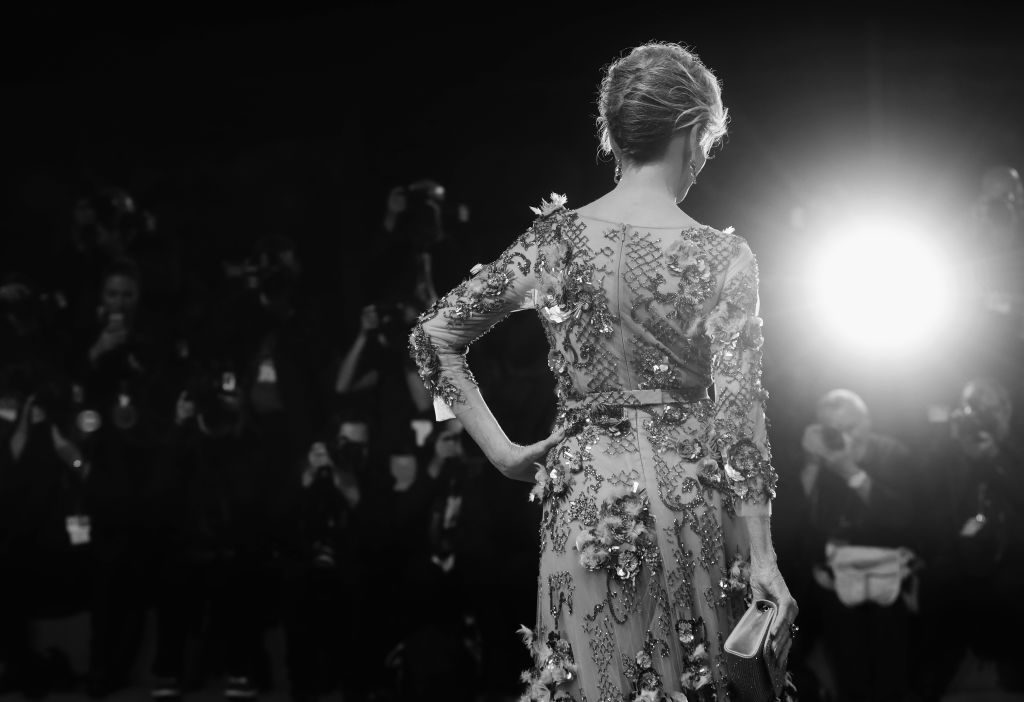 The Sisterhood Of Jane's Traveling Pantsuits

Fonda has taken a liking to pantsuits in the last few years, showing a sophisticated yet classy air. Her style is never dated and remains modern. High-waisted trousers also had made a reappearance in her wardrobe, vaguely reminiscent of her style in the 1980s when she wore oversized blazers with similar pants. 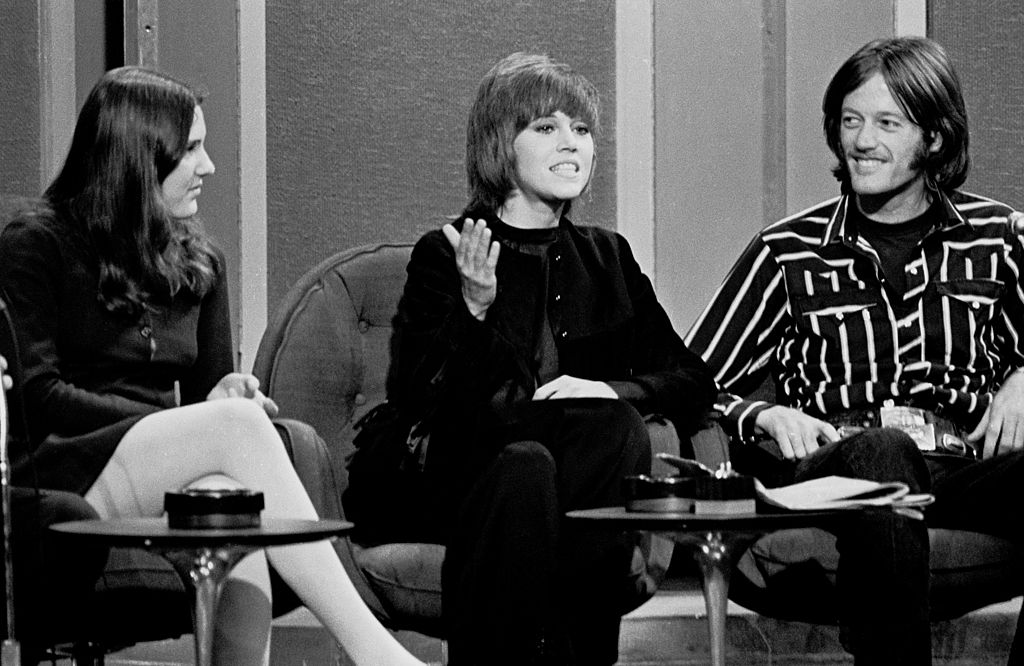