Games to Play with Your Grandkids

Extensive research suggests that strong relationships between grandparents and their grandchildren are a buffer against depression for both. Sharing fun times strengthens the bonds across generations. Games can give adults and children a break from the hectic, complicated pace of daily living and provide a host of physical and emotional benefits. Try different variations of these games and make your own house rules. The goal is to connect with your grandchildren and strengthen family ties for generations to come.

Young children are often bubbling with energy that may overwhelm their grandparents. Some games from the past require players to be still at some point, and the person running the game normally doesn’t have to move at all. "Simon Says," "Mother, May I?," "Red Light, Green Light," and hand clap games keep little ones giggling while learning to stay still and follow instructions. 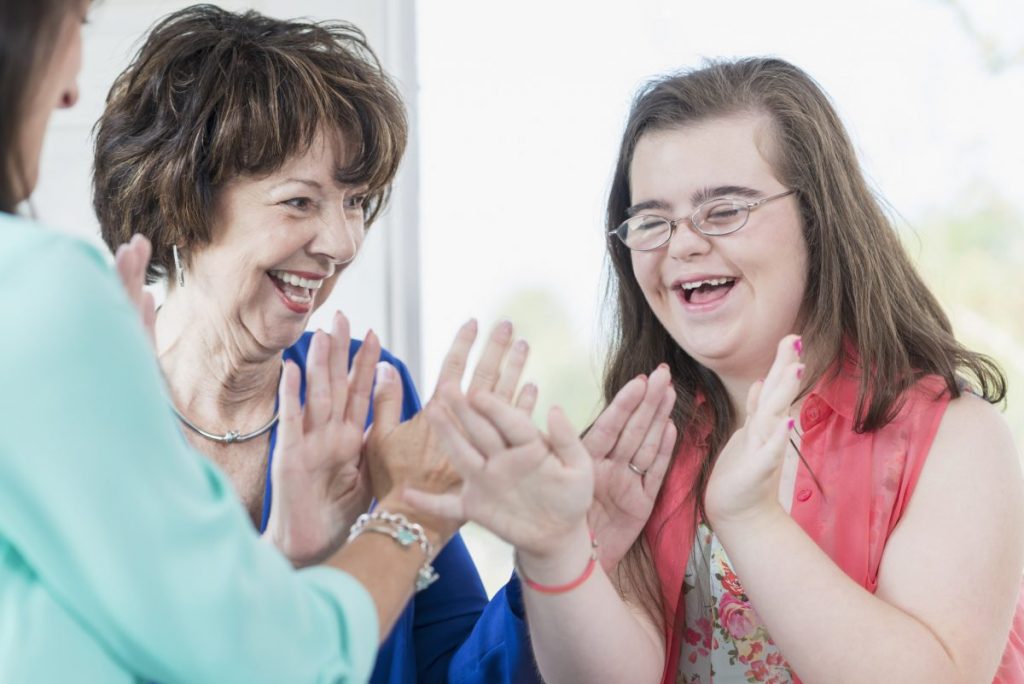 Kids and seniors benefit from spending time outside in the fresh air and sunshine, and playing with balls provides excitement and exercise. Children take great delight in bouncing, throwing, hitting, and catching balls. Toys such as beach balls, tennis balls, and softballs are inexpensive and lend themselves to an infinite number of games. A simple game of catch, dodge ball, or “flies and grounders” can bring smiles that last a lifetime. 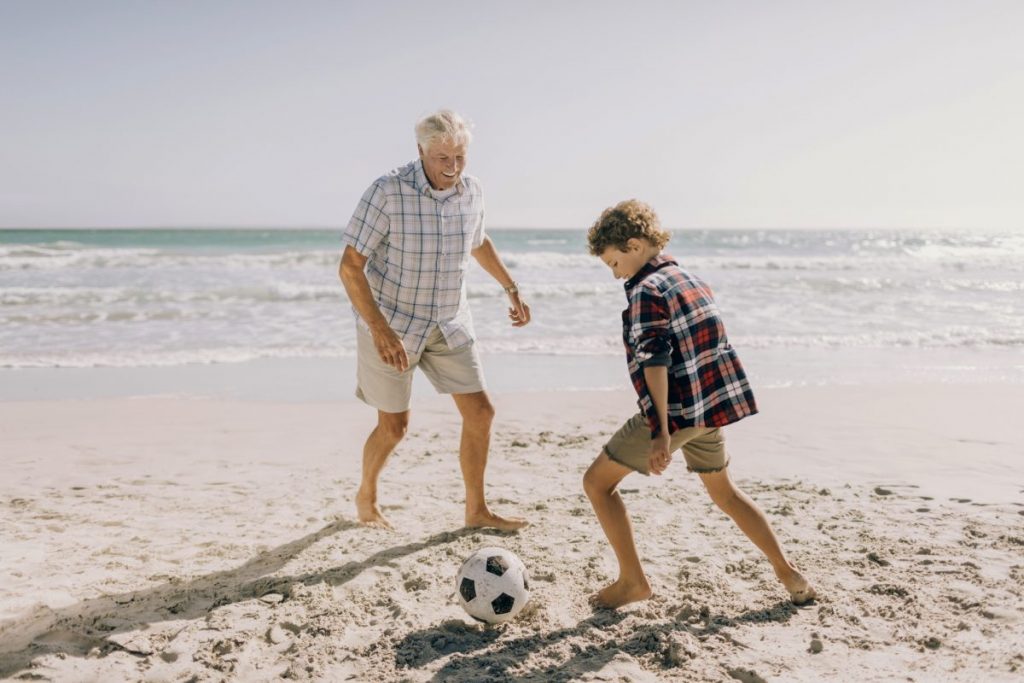 Sociologists and psychologists maintain that card games can help instill math and memory skills. They are an enjoyable way to teach children to follow rules, take turns, and win or lose gracefully. Card games provide a safe opportunity for your grandchildren to compete with you and each other, build rapport and confidence. Show your grandkids card games from your younger days or learn new ones together. Here’s a list to choose from: 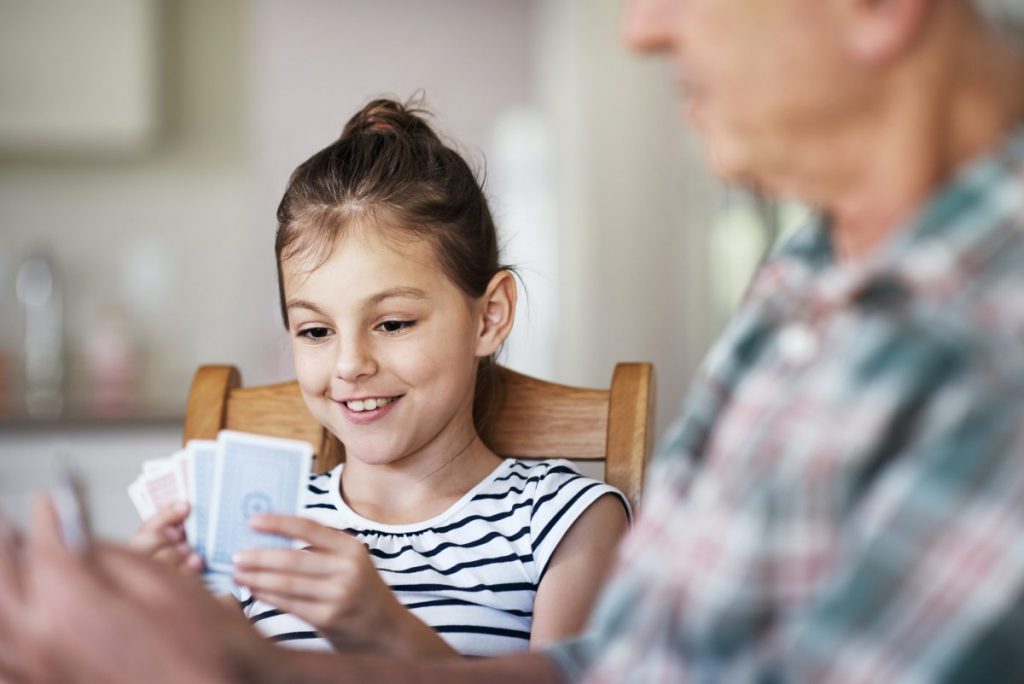 Checkers, with all its variations, is an ideal game for virtually any age. It’s a simple, inexpensive classic with which your grandkids can hone strategic thinking skills and enjoy making kings and double or triple jumps. Adults or children with limited mobility can enjoy this friendly competition and make memories for life. 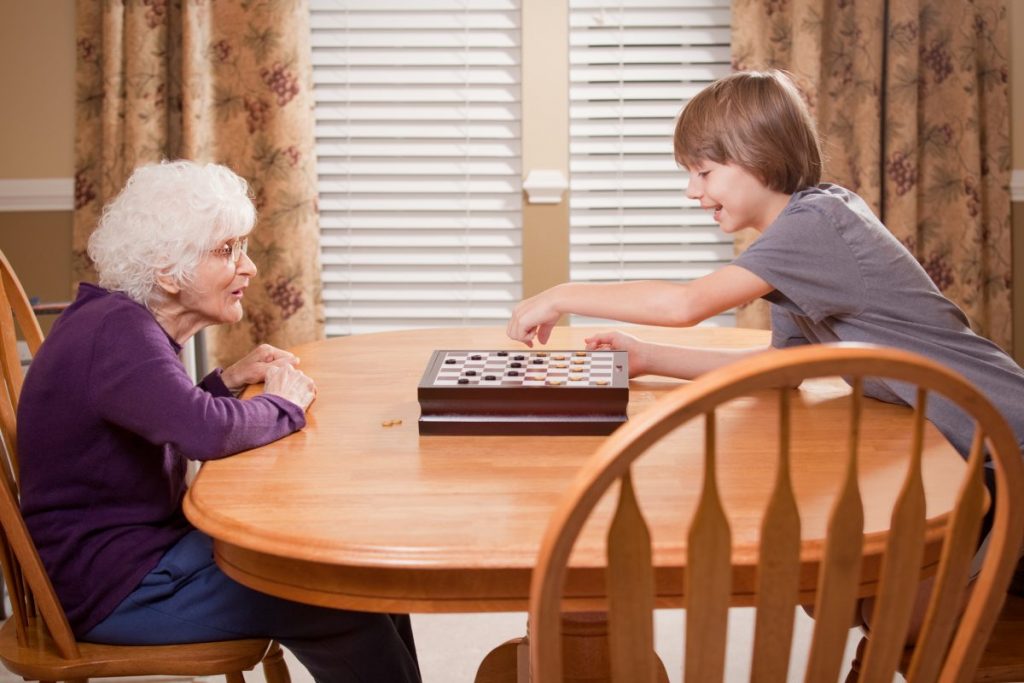 Even kindergarteners can learn about queens, knights, and pawns in the time-honored game of chess. Studies have shown that young chess players score higher on reading, math, and psychological tests. Researchers at the University of Memphis have found that chess enhances children's attention spans, visual memory, and spatial reasoning ability. 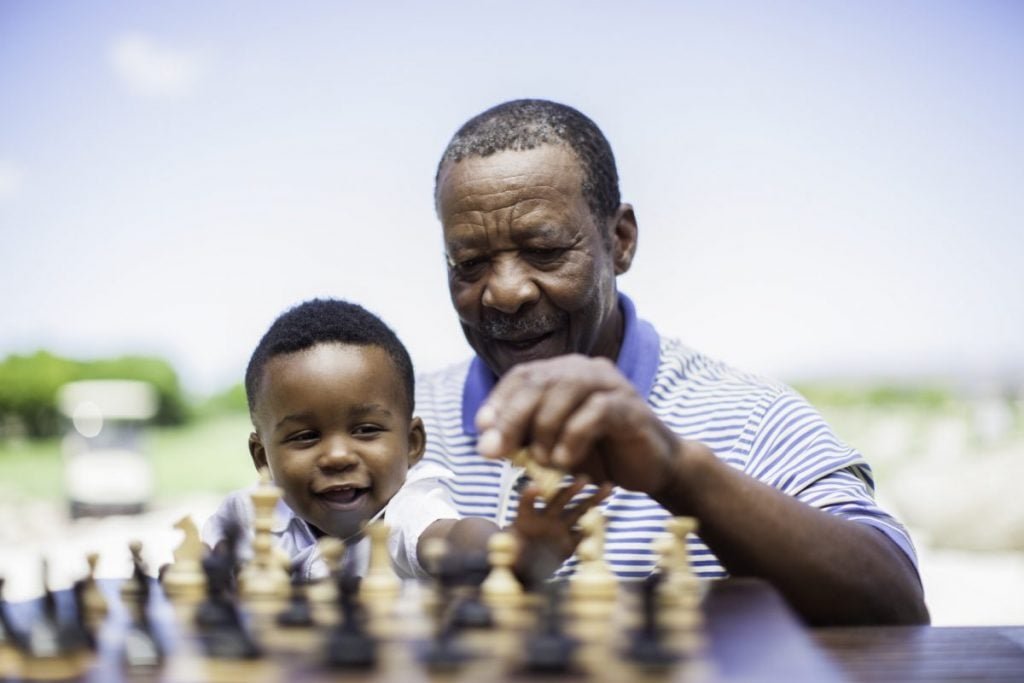 Spark an interest in family history with some genealogy fun. Play a memory game or create jigsaw puzzles with copies of family pictures. Have your grandkids help build a physical or online scrapbook of ancestral history. Some websites and apps allow multiple family members to work on building their family tree. 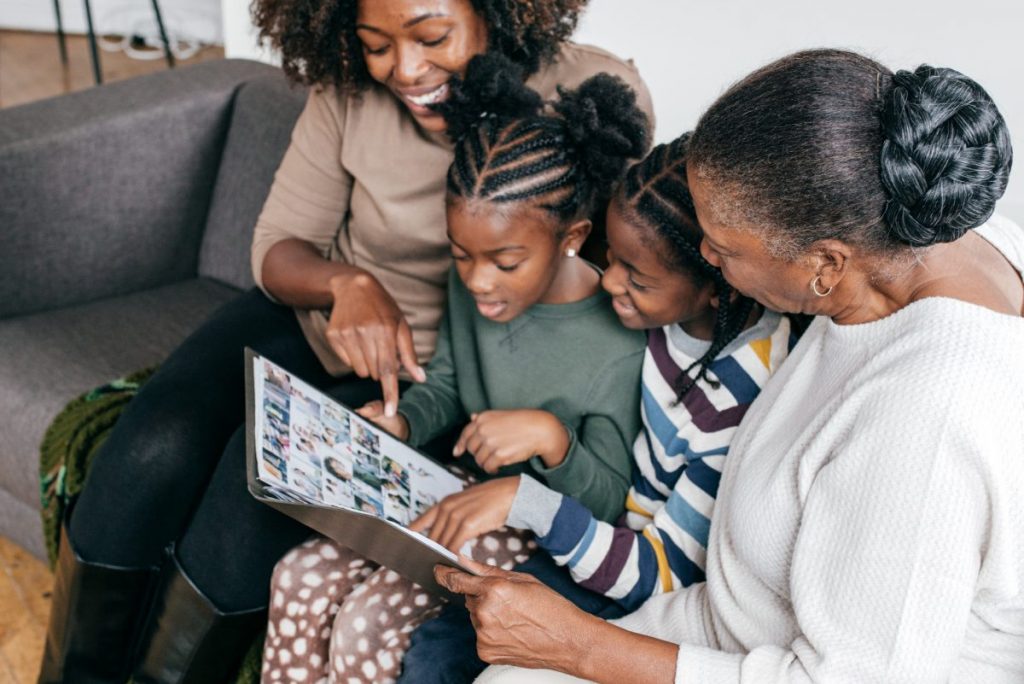 If you’re up to it, an old-fashioned hide-and-go-seek game is a great activity that will keep young ones moving and away from screens for a while. Try not to find your grandkids too soon, though. Variations include: 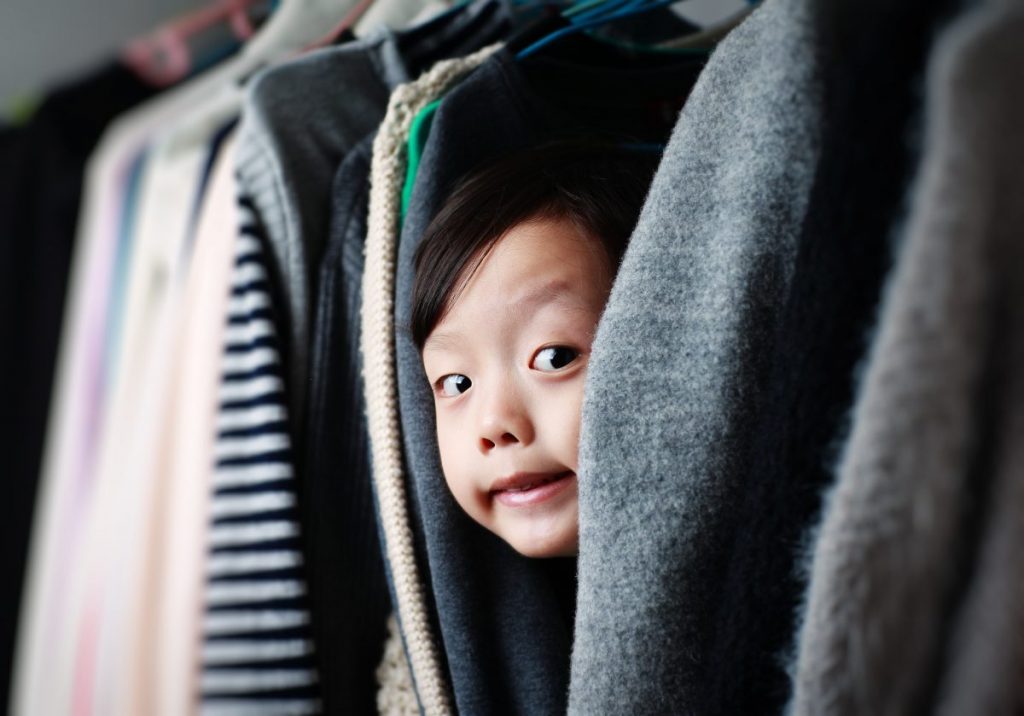 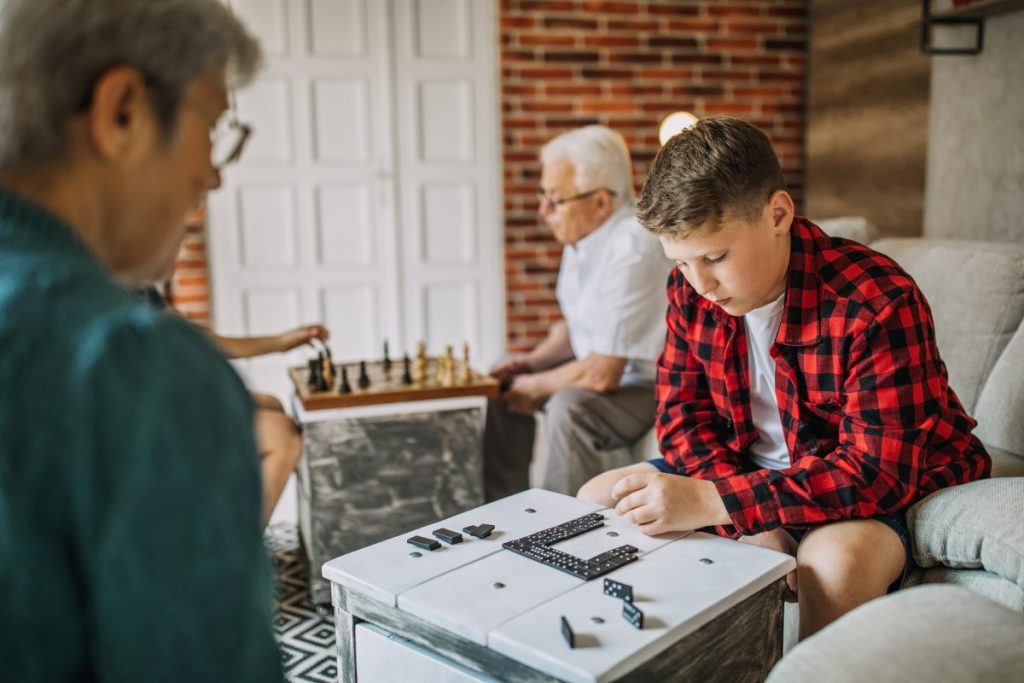 Kids of all ages enjoy the bean bag toss or cornhole toss game. It's portable and works well indoors and outside. Toss games help develop concentration, hand-eye coordination, and motor skills. Making a board and bean bags can be a fun project for grandchildren old enough to help, too. Throw boredom out with this lively game. 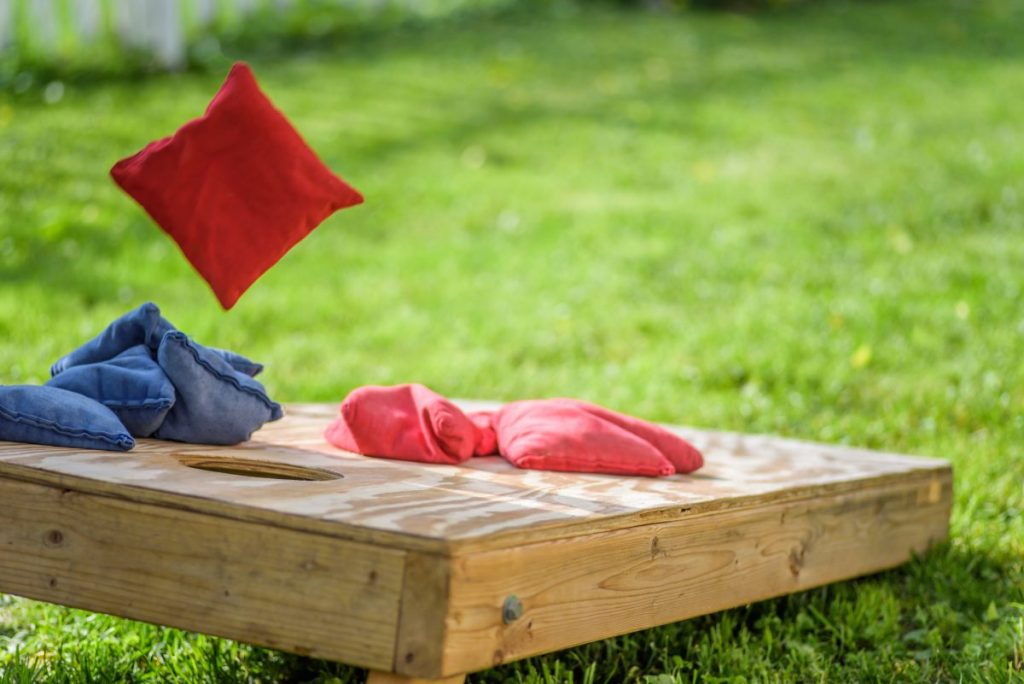 Brain teasers and riddles give you and your grandchildren plenty to laugh about while helping them build mental muscle and cultivate problem-solving skills. Research shows that individuals who regularly use these exercises score higher on tests and respond more quickly to questions. Scientists also believe that mind games can be used as cognitive training to help treat ADD and ADHD symptoms. 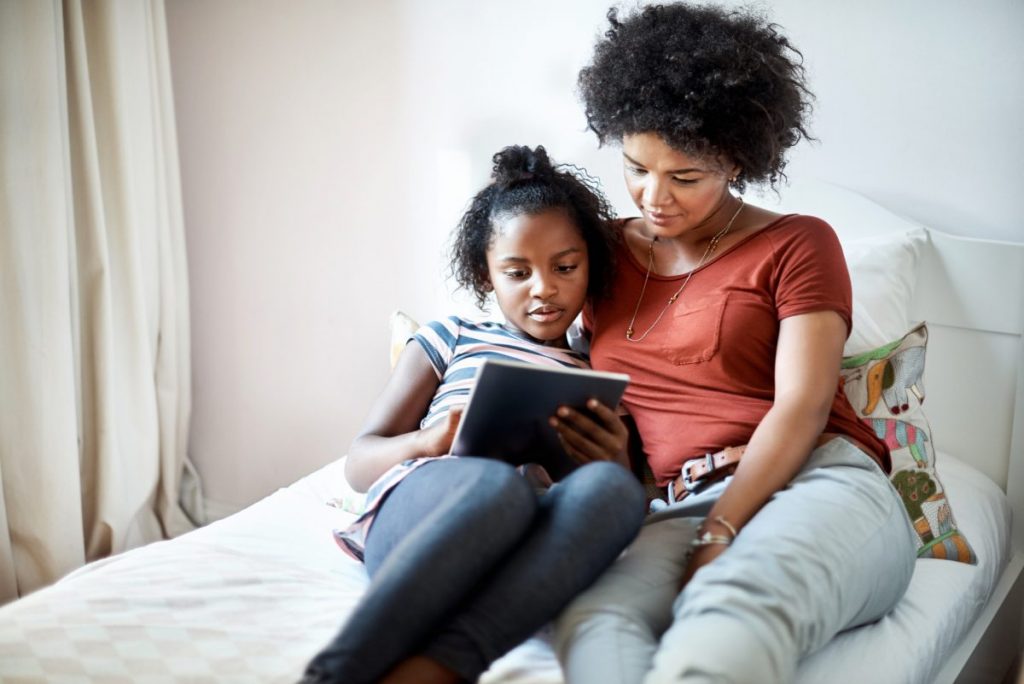 The Internet makes it possible to play with your grandchildren regardless of time or distance. Since many children and adults spend large amounts of time in front of screens, online games allow you to share your grandkids’ interests. These games can provide the same cognitive and emotional benefits as games played in person. Join your grandchildren on their favorite online-only game platforms or invite them to play internet-based board games and word games with you. 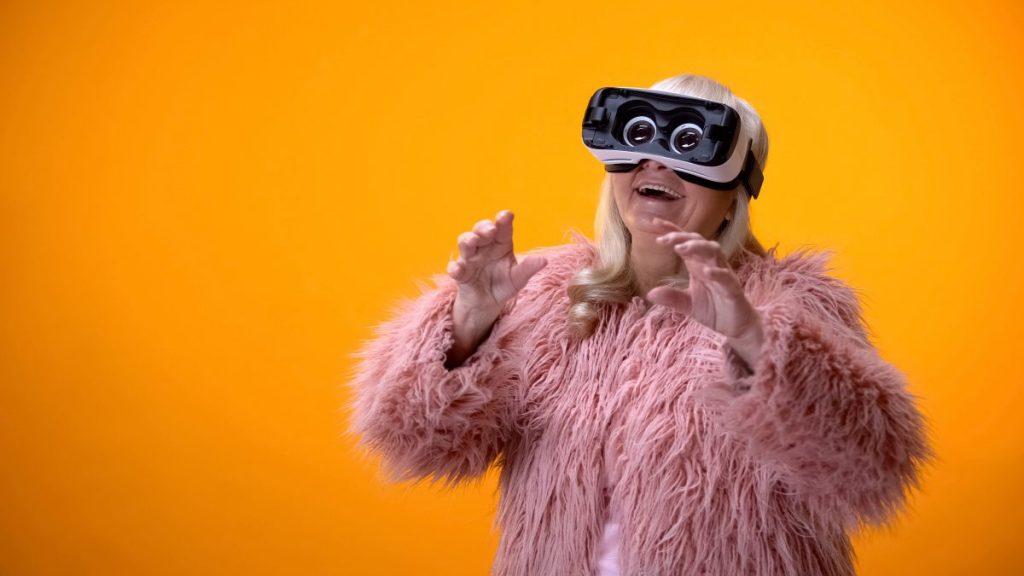 Children and adults can use their imagination, collaborate, solve clues, and experience triumph with a treasure or scavenger hunt. This activity can be indoors or outside, so mobility doesn’t have to be an issue. Add extra value to the game by including special family memorabilia or significant landmarks to teach family or local history. 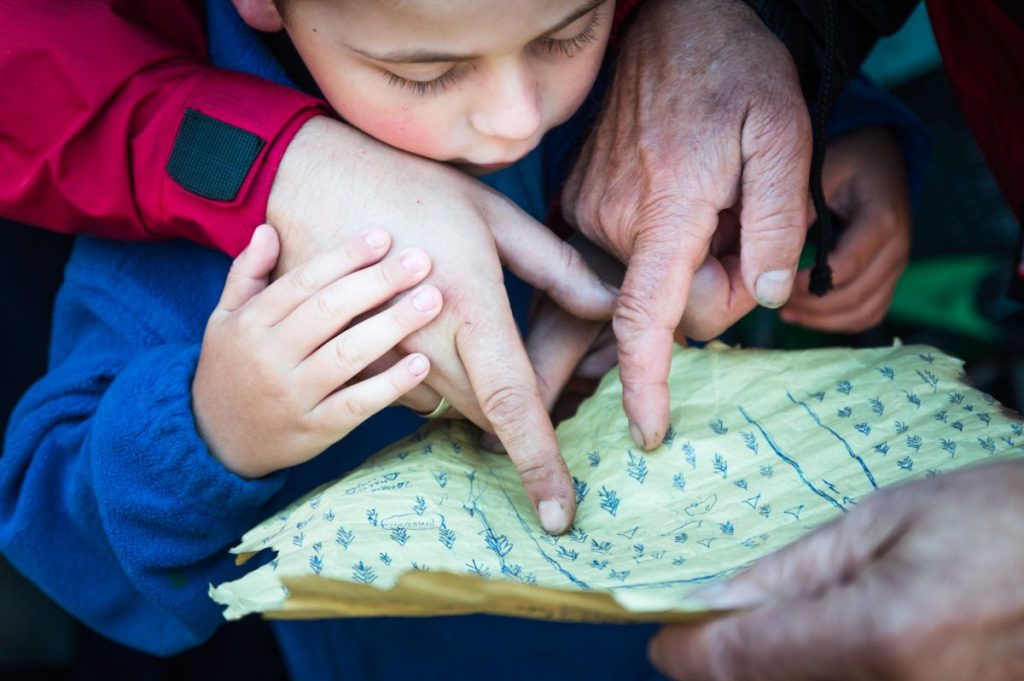 Here’s a 21st century spin on treasure hunts. It’s quite likely that your grandchildren have a smartphone that keeps their attention. You can challenge them with a game that requires this device. Make teams and give them a list of items to find and take pictures of. Make your list according to where you want to play: inside your home or in your yard, at a park, or a shopping center. 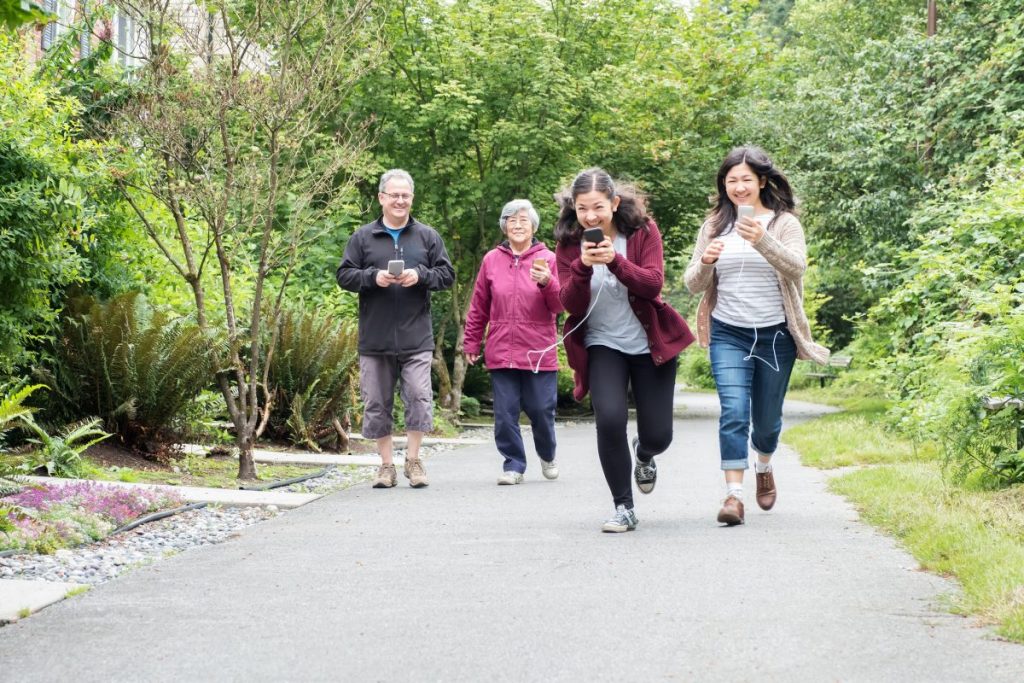