Your Quick-Start Guide to the Volumetrics Diet

There seem to be as many diet plans as there are people who swear by them. If your goals include weight loss, then you've probably tried a few of them! Many dieters struggle with feelings of hunger when following a restricted eating plan, which leads to cravings and cheating on the diet. The volumetrics diet aims to help you stay full—"volume eating"— while making healthy choices and slowly losing weight. On this diet, participants are still allowed to eat and enjoy the foods they love— even treats—as long as they're meeting their eating goals.

What is the Volumetrics Diet?

The volumetrics diet is based on helping people discover healthy foods they can eat a lot of while still losing weight. A certified nutritionist, Dr. Barbara Rolls, developed the diet. She divides foods into different categories based on the amounts of water and energy they contain. The diet encourages people to eat foods with a lot of volume, such as leafy vegetables, foods like cucumbers that are mostly water, or clear soups. These foods are low in calories but can fill you up and help you reduce hunger pangs and cravings. You may still eat high-calorie, low-density foods, but sparingly. The aim is good nutrition and a low caloric deficit. 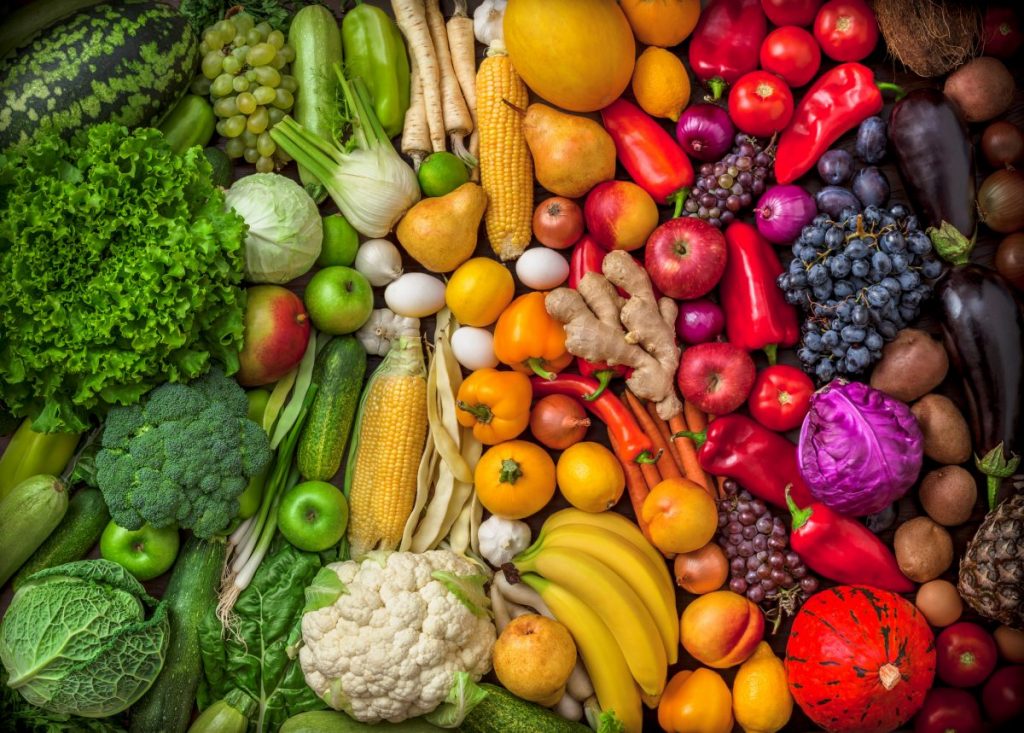 What are my Calorie Goals?

One person's nutrient and calorie goals on the volumetrics diet will be different another's because the goals are based on age, gender, and weight. A larger person will need to eat more than a smaller person. The diet aims to reduce the number of calories you take in while keeping you full. You won't be counting the exact calories per food item; rather, you will be focusing on more filling, less calorie-dense, foods. You can eat a certain number of portions from each category each day, with the most filling, least-caloric being the primary types of food on your plate. Unfilling, high-calorie foods will be the smallest portion, with two tiers in the middle. The goal is slow and steady weight loss while you adjust your eating habits. 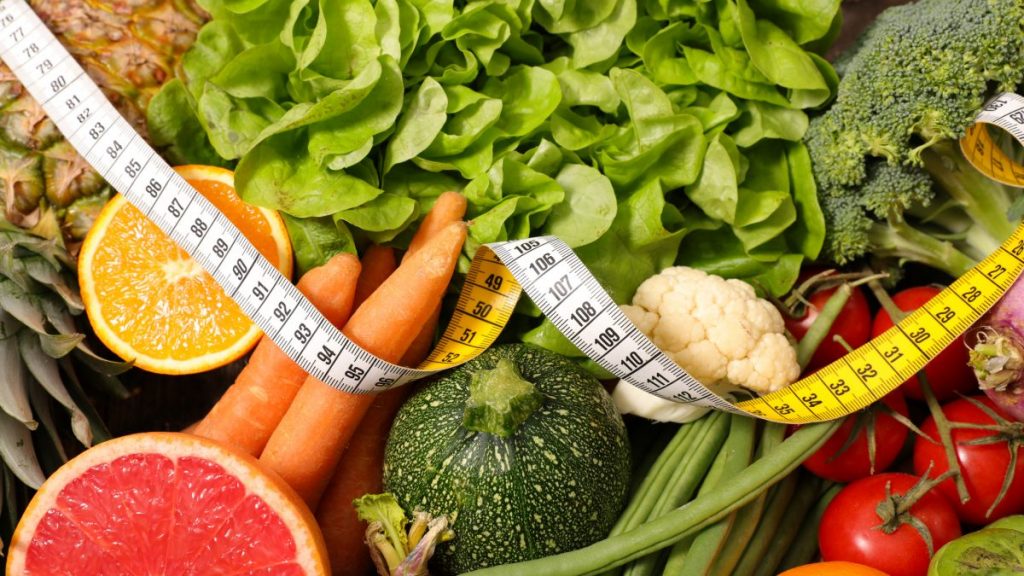 What are my Steps Goals?

Exercise while on the volumetrics diet is based on step count - your ideal number of steps each day is based on your age, gender, and activity level. The step counts usually start with an extra 150 steps per day, encouraging you to become more active without focusing on certain kinds of exercise. The ultimate goal is to work up to 10,000 steps per day. As with the levels of eating versus counting exact calories, the goal of volumetrics exercise is to encourage people to develop more healthy habits, rather than focusing on calories burned, calories eaten, and numbers on the scale. While weight loss is a goal of the diet, expect it to be slow and steady as you increase activity levels. 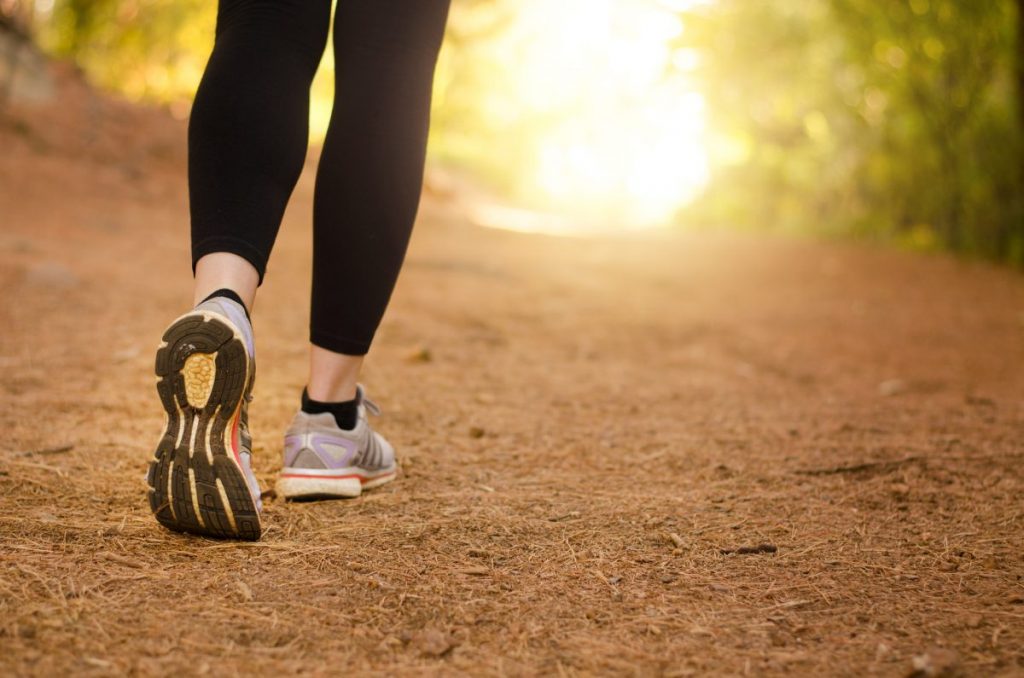 Calories are the measure of energy contained in food. Foods with higher calories have more energy available than those with lower calories. When you consume more energy than your body needs, that extra energy is stored on your body in the form of adipose tissue—fat. Think of that tissue as your body's "savings account." Energy density is another way of stating the number of calories in a certain amount of food. Foods with high energy density have more calories but don't have a lot of volume to fill you up. Foods with low energy density provide fewer calories with more volume. These foods fill your stomach and signal your brain to stop eating. 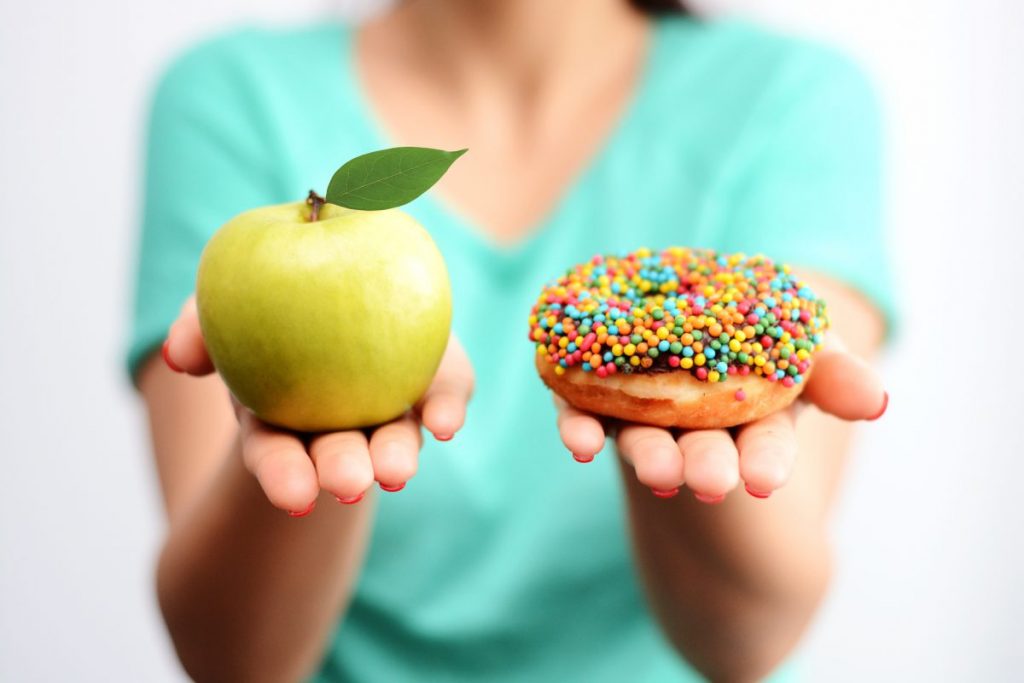 Categories One and Two

The first food category in the volumetrics diet is your "free" or anytime foods. You may eat as much of these foods as you choose, whenever you wish. The list includes most fruits, non-starchy vegetables (like broccoli, tomatoes, or cucumbers), and broth (not cream) based soups. These foods are nutrient-rich and can fill you up without a lot of calories, due to the high water content of the foods. Category two foods include appropriate portions of whole grains, lean protein, beans and legumes, and low-fat dairy, including some hard cheeses. These foods are also nutrient-rich, but are higher in calories and lower in volume. Both tiers are essential for giving your body the nutrients it needs. 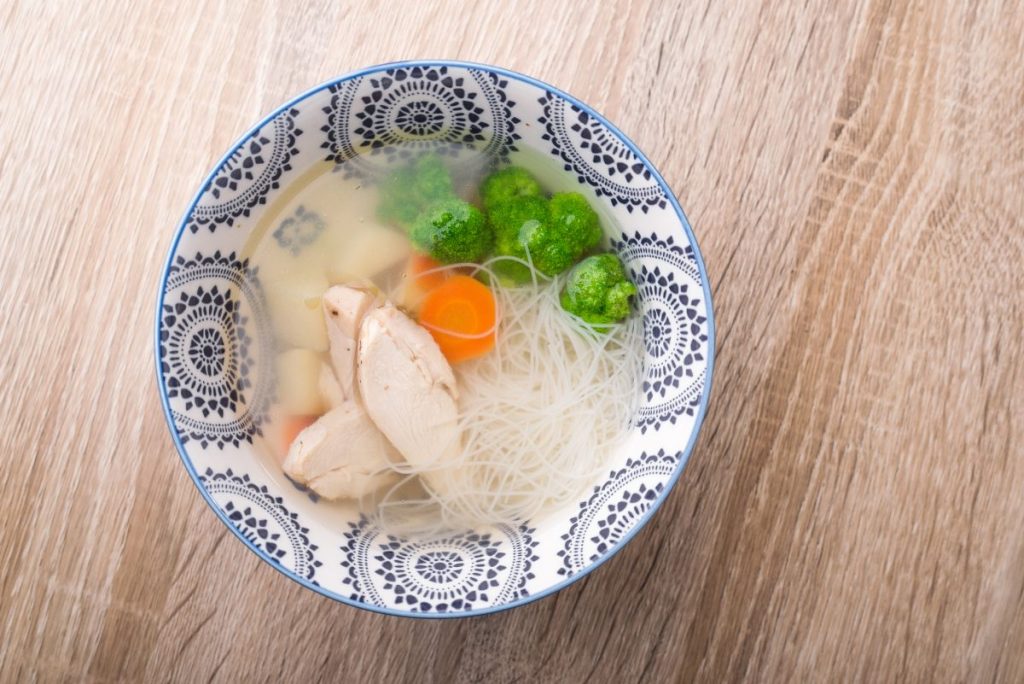 The third and fourth categories of volumetrics diet are to be eaten less often, or in smaller portions, than the first two categories. These foods have lower nutritional content, more calories, and lower volume. That is, you'd have to eat many more portions, especially of Category four, to feel full. Category three includes small portions of whole wheat bread, almost all desserts, fat-free baked snacks, almost all cheeses, and higher-fat meats. Category four foods, while still allowed under the diet, should be eaten sparingly, and considered treats. These include fried foods, candy, cookies, nuts, and foods that are dietary fats. 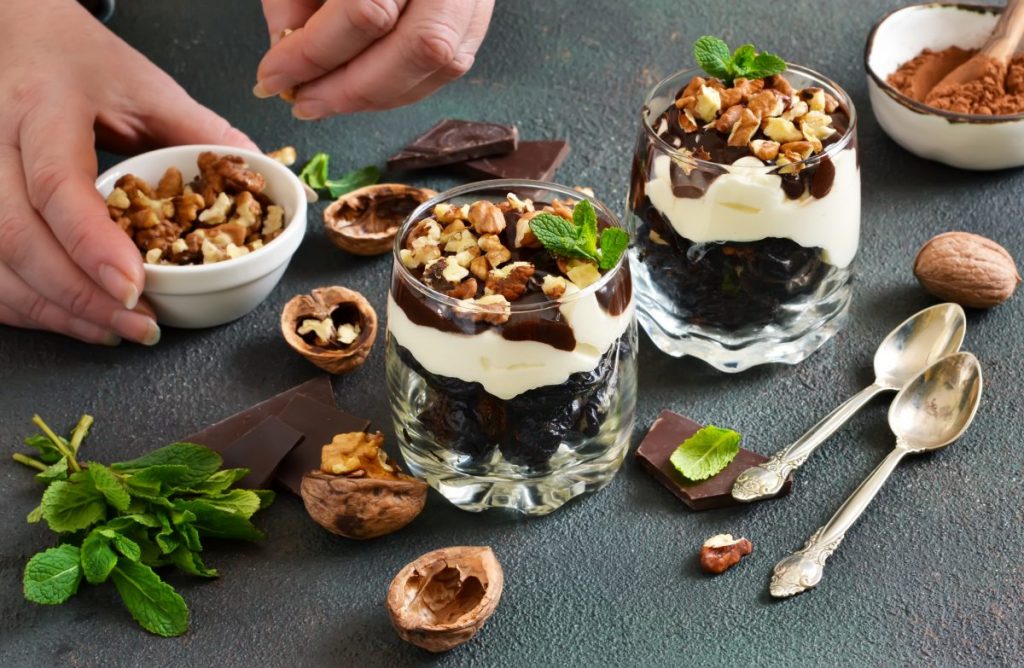 When Do I Eat Meals?

Volumetrics focuses on encouraging you to eat healthy foods and create a feeling of fullness from foods high in water content. In your volumetrics diet, you'll eat three meals, two snacks, and one dessert each day. This eating pattern is similar to a "grazing" diet - or one in which you eat several small meals throughout the day. This keeps you from feeling overly hungry, which can lead to unhealthy food choices. The "anytime" category of foods in volumetrics gives you options for eating outside of your scheduled meals and snacks. If you're hungry, and it's not a meal or snack time, you may eat foods from Category One. These are high in water, so will help fill you up. 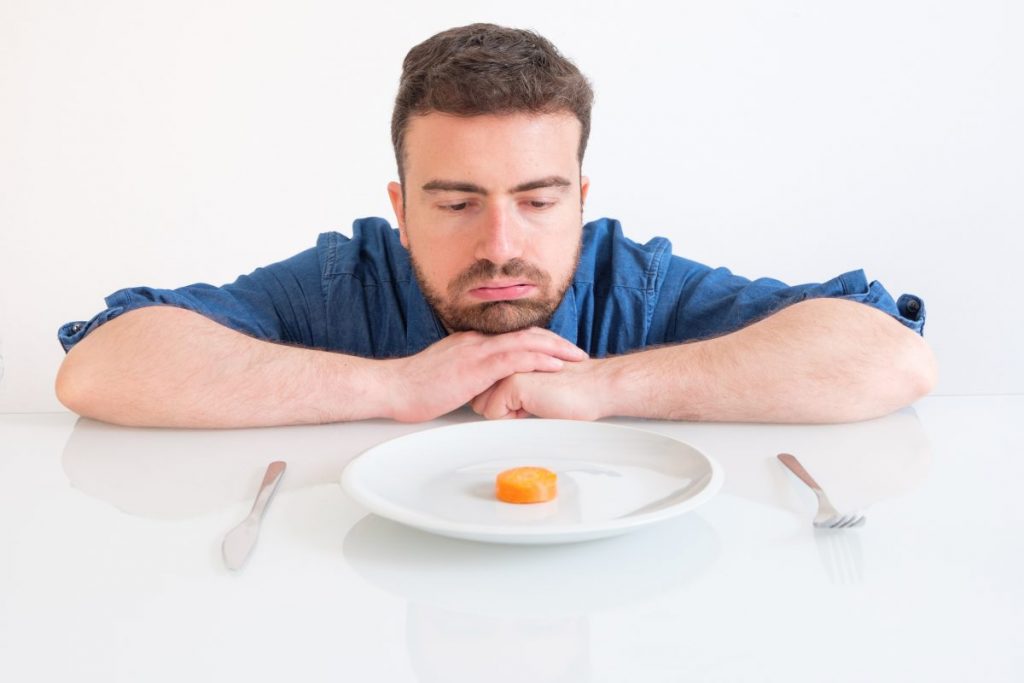 Dietary Restrictions and the Volumetrics Diet

One of the more common questions people have about choosing the volumetrics diet is whether they can incorporate their personal dietary choices—such as vegan, vegetarian, or low-sodium—into the eating plan. The flexibility of the volumetrics diet means people are free to select whatever foods they can eat in each of the four inclusive categories. Many vegan and vegetarian diets rely heavily on vegetables and plant protein, and there's plenty of both in categories one and two. Those on a low-sodium diet may need to modify recipes, but there are many options for anyone's personal dietary choices. 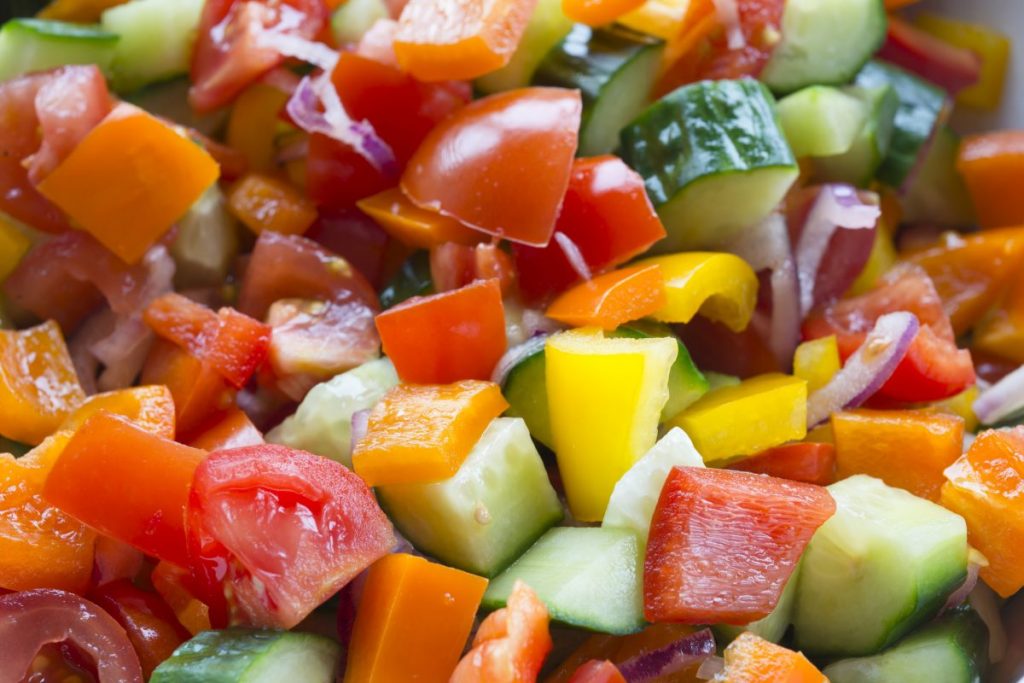 Long-Term Success of the Volumetrics Diet

The volumetrics diet is intended to gradually introduce sustainable changes in your eating patterns. It's meant to replace high-fat, unhealthy foods with nutritious choices, including lots of fruits and vegetables. Because the diet isn't focused on meeting certain calorie and exercise goals, and instead focusing on healthy habits, it's sustainable. The choices that you learn to make on Volumetrics allow you to slowly lose weight - no more than a pound or maybe two per week. Many studies have demonstrated that those who lose weight slowly have a better chance of keeping the weight off, as they've often developed the habits that allow them to do so. 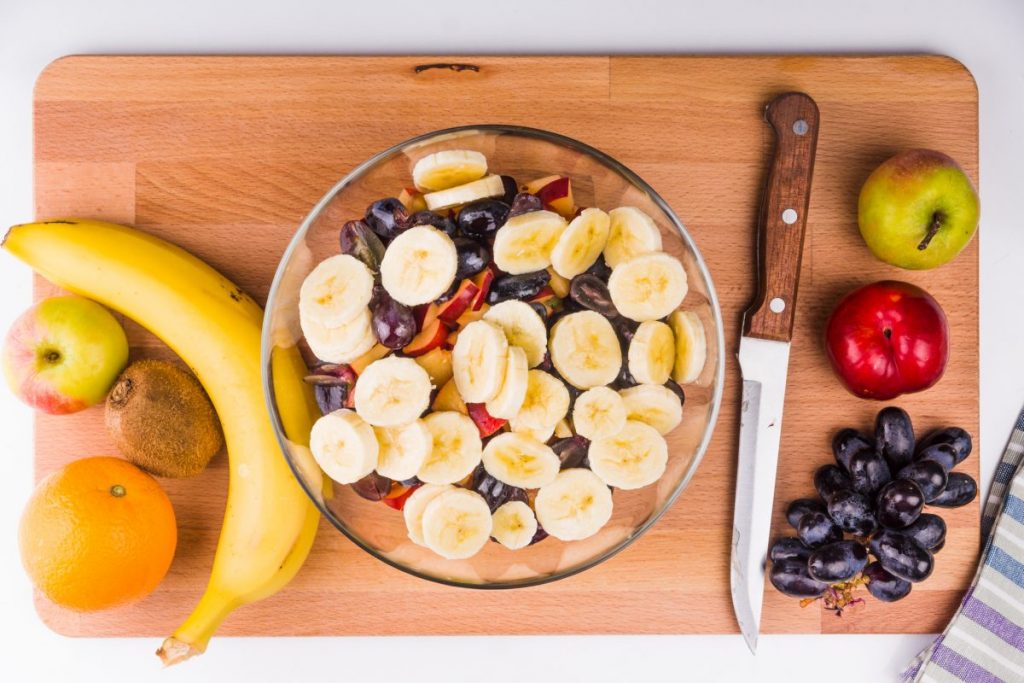 Precautions When Starting the Volumetrics Diet

With any changes in your diet, it's always advisable to consult your physician first. If you have high blood pressure, heart conditions, or diabetes, you'll want to make sure that what you are eating will help reduce the symptoms of these conditions, not aggravate them. As you wean yourself off high-calorie, high-sugar, and high-fat foods, you might experience food cravings. Remember that you may eat your category one foods at any time, so you won't be forced to go hungry. If you are concerned with nutrition, ask your doctor to help you make a meal plan that utilizes the four volumetrics categories. 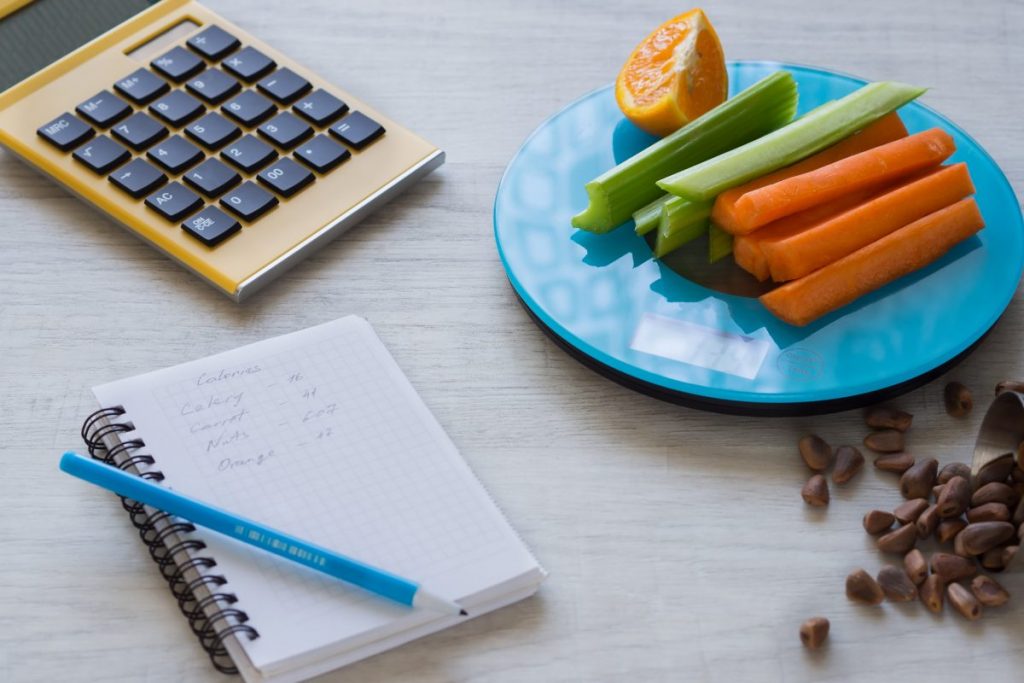