What is Turkish Coffee?

Authentic Turkish coffee is renowned for its strong, rich brew. Coffee culture began to flourish in Turkey during the 16th century. At one point, there was one coffee house in Istanbul for every five commercial shops. Today, Turkish coffee continues to entice coffee lovers with its unique preparation, which enhances its robust flavor. While many people love the taste of this type of coffee, others are enthusiastic about the health benefits associated with drinking this delectable beverage.

What Is Turkish Coffee?

Turkish coffee refers to a special method of brewing coffee. Many Turkish coffee houses favor arabica varieties of finely ground coffee beans. The coffee is often ground so fine is almost a powder. Unlike many Western coffee preparations that prevent grounds from entering the cup, the Turkish preparation includes the powdered grounds in each cup. Sweetened with sugar, Turkish coffee is known for its robust flavor and froth texture and is often enjoyed with a sweet treat such as a pastry or Turkish delight. 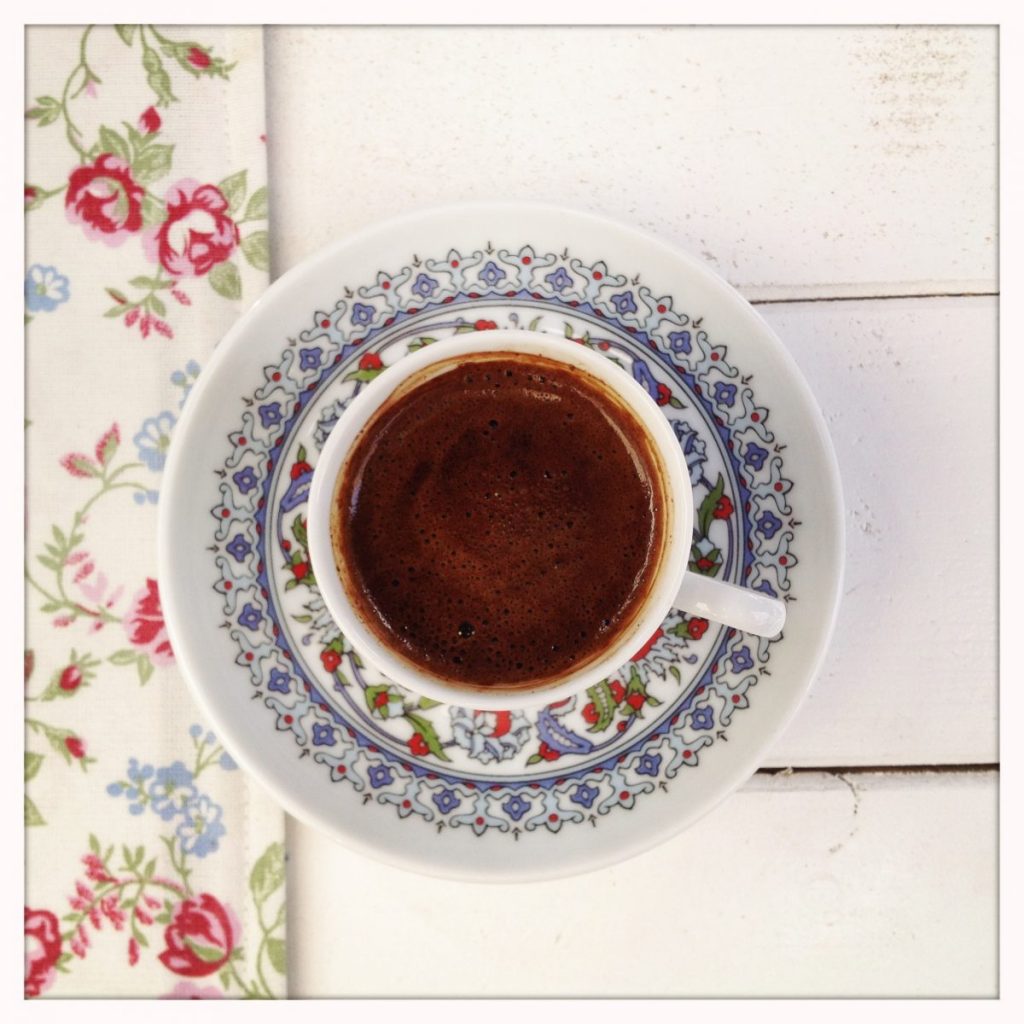 Turkish coffee is unfiltered, which is why its fine grounds wind up in each cup. These grounds contain healthful compounds including antioxidants on which the body relies to support overall health by reducing the numbers of free radicals circulating in the body. Free radicals are oxidized molecules that occur naturally, but when they increase in number, owing to environmental toxins like pollution, they can pave the way to disease. A diet rich in antioxidants is associated with improved health. 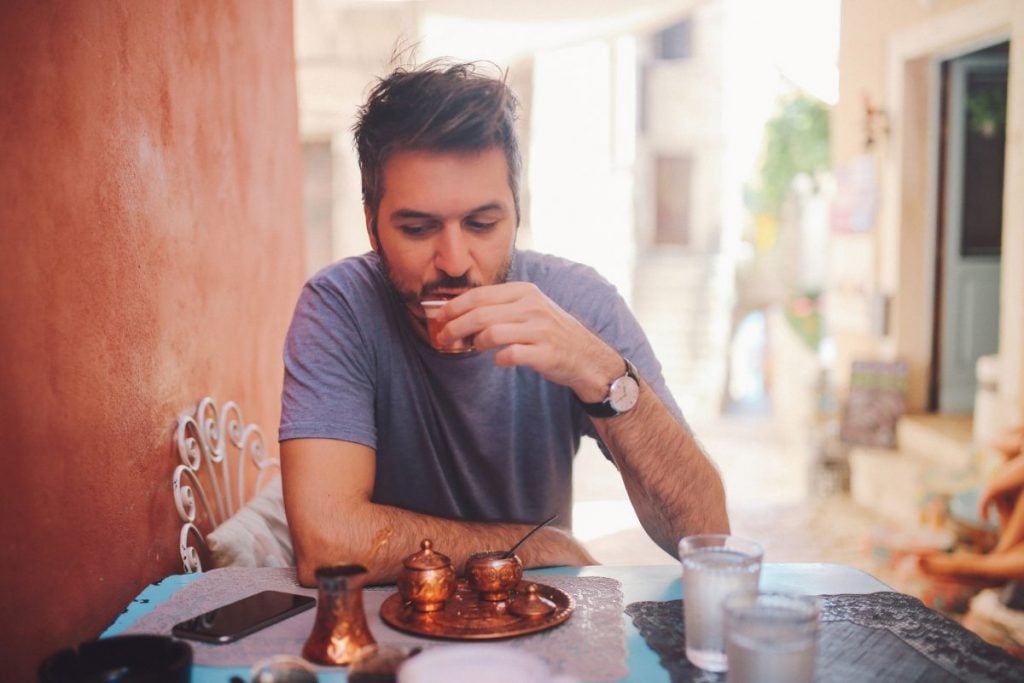 Many people drink Turkish coffee for its concentrated caffeine levels and the energy boost they impart. This boost appears to translate into improved physical performance. One study confirmed athletes who drank Turkish coffee caffeinated, as opposed to decaffeinated exhibited improved energy levels and reaction times. Caffeine has also been shown to have positive effects on physical endurance. 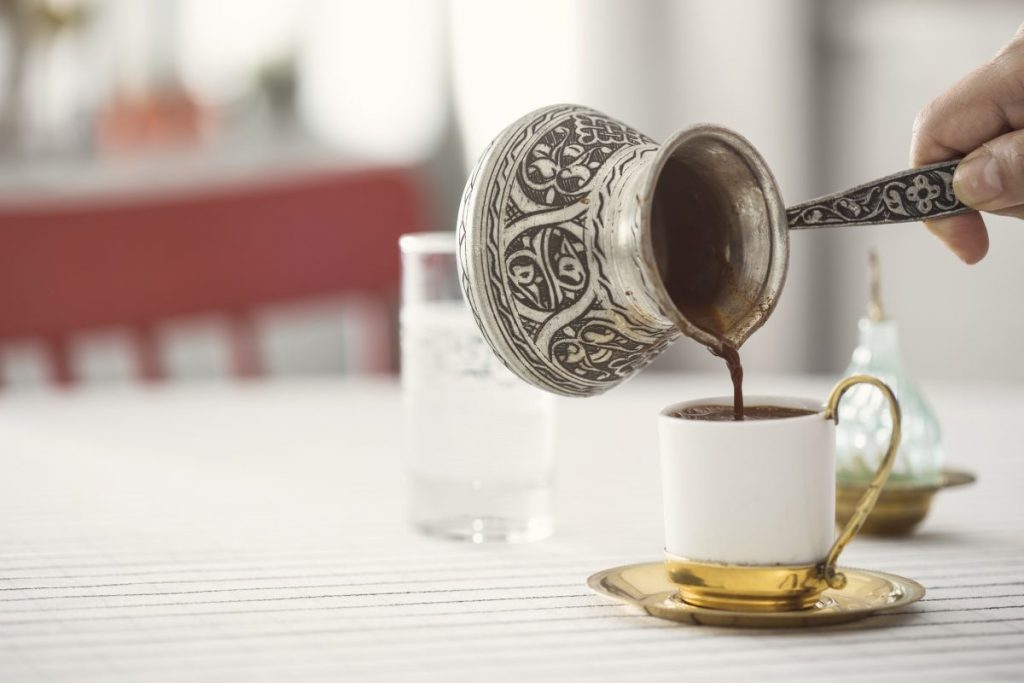 Studies demonstrate drinking Turkish coffee can help ward off health conditions such as cardiovascular disease. One study reported drinking anywhere from three to five cups led to a 15% reduced risk for heart disease. Generally speaking, coffee has been shown to benefit heart health, but Turkish coffee, with its high concentration of healthful phenols and antioxidants, is especially supportive to the cardiovascular system. 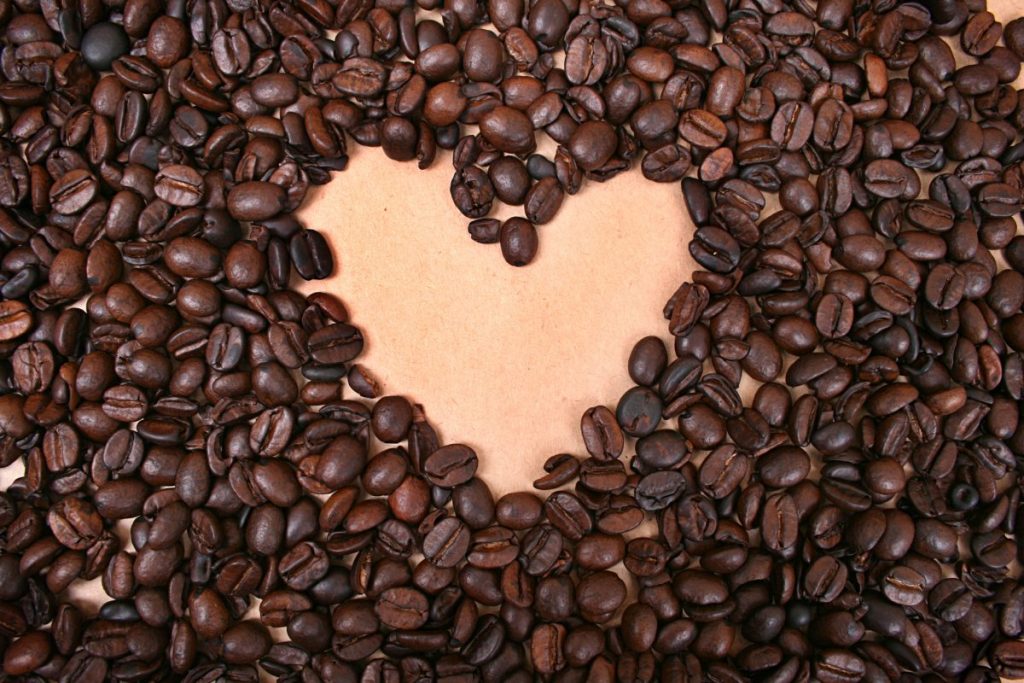 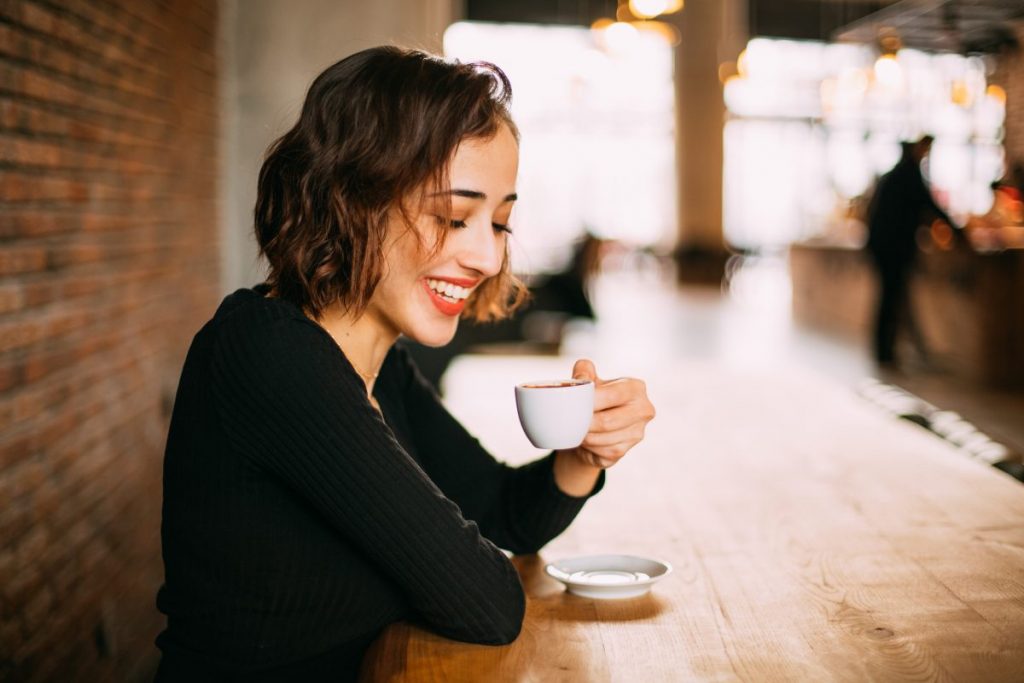 Reduces the Risk for Type 2 Diabetes

Nearly 20 medical studies have shown that drinking coffee can reduce the risk of type 2 diabetes. While Turkish coffee may also offer this benefit, drinkers should take care to limit the sugar they add to their brew. Sugar is a primary ingredient in Turkish coffee and too much can negate the health benefits. 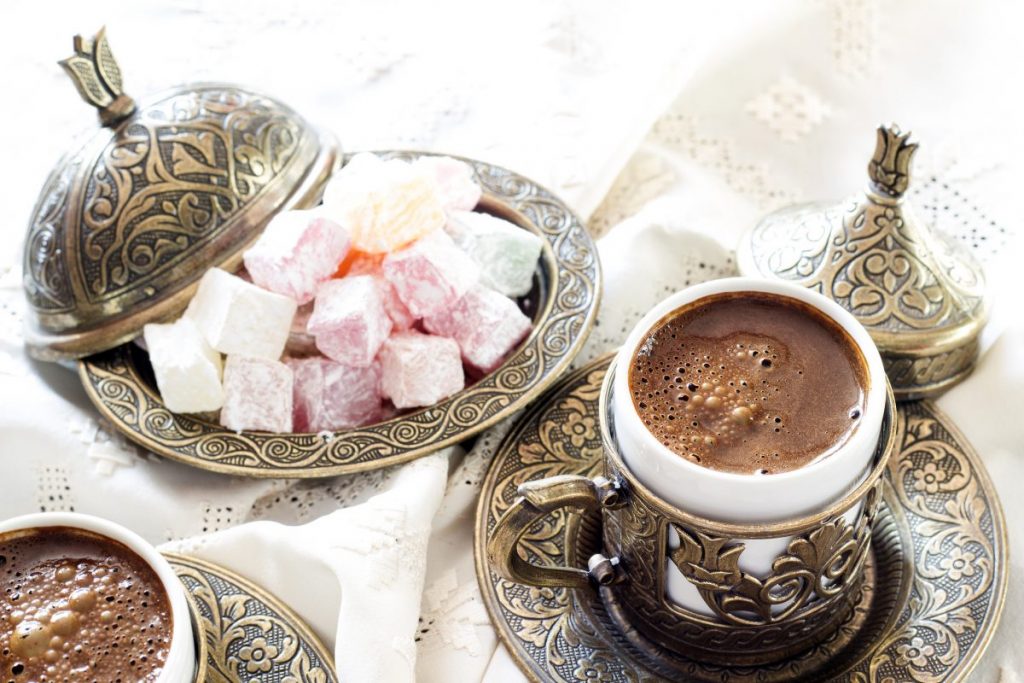 May Guard Against Depression

Some recent studies have found that coffee can help prevent depression. According to the research, the caffeine in beverages like this one helps facilitate the transmission of feel-good chemicals like serotonin and dopamine. On the other hand, too much caffeine can trigger nervousness or anxiety in some people. If drinking Turkish coffee makes some individuals “feel good,” there appears to be physical evidence for this enhanced mood. 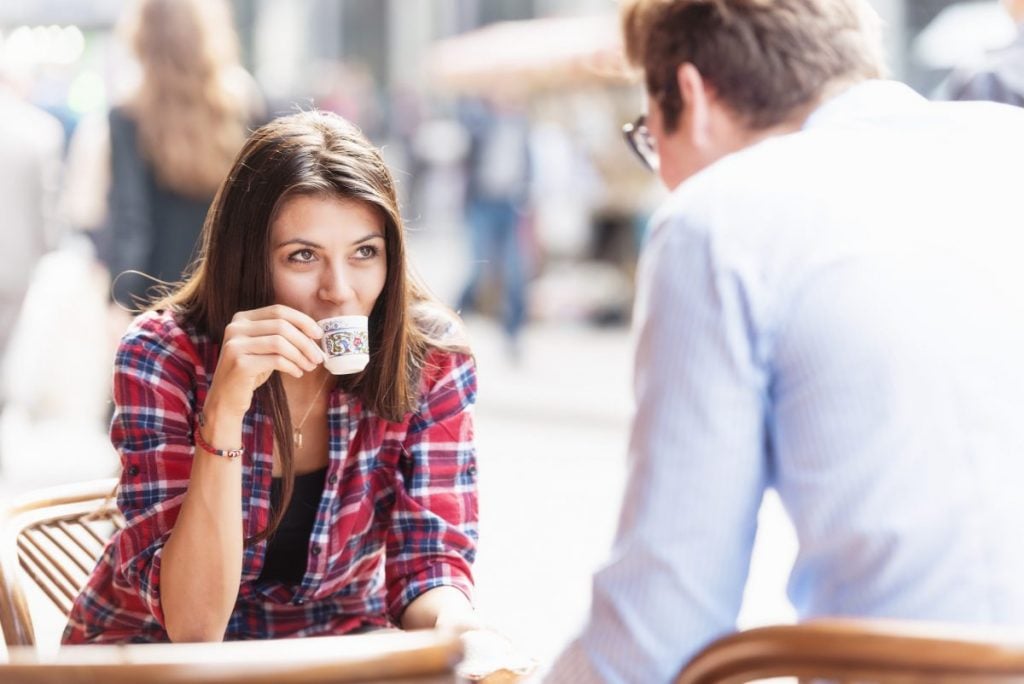 Inflammation can lead to disease. There is evidence that drinking Turkish coffee can reduce potentially harmful inflammation. Along with its healthful antioxidants, coffee also contains strong anti-inflammatory compounds. A study from 2015 determined that non-smokers who drank coffee five times a day lived 15% longer than non-smokers who did not drink coffee. These coffee drinkers developed disease at a reduced rate, and researchers believe the anti-inflammatory benefits of coffee played a role in their improved health. 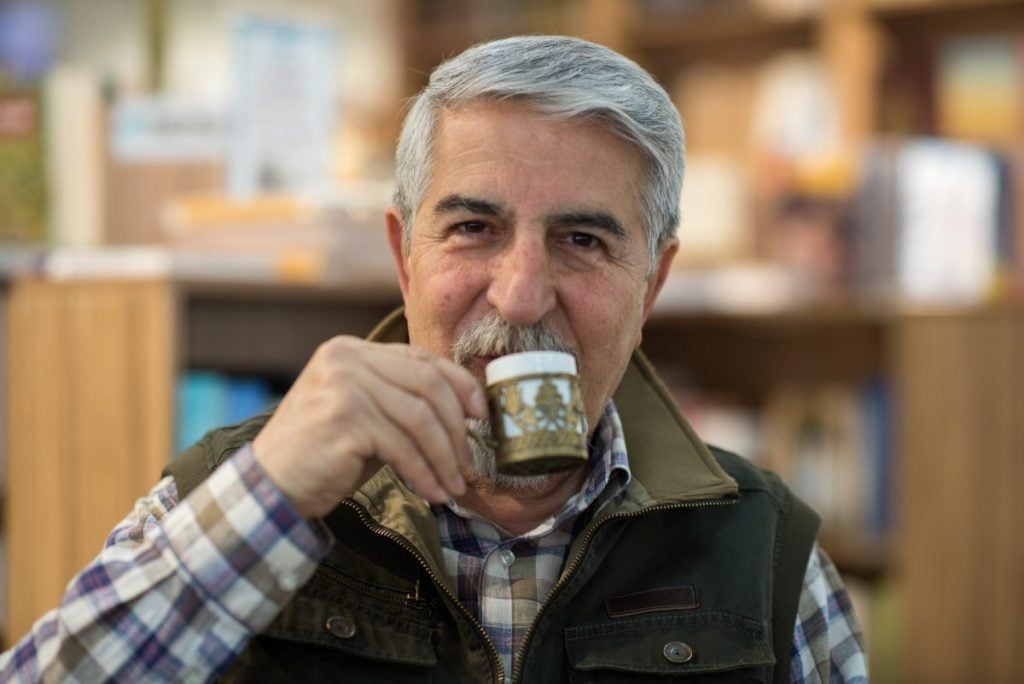 How to Make Turkish Coffee

Traditionally, makers of Turkish coffee use a pot referred to as a cezve, but other small pots can suffice. To make Turkish coffee, combine finely ground coffee beans with water. Add sugar. Heat the liquid until it reaches a frothy and foamy stage, which occurs just before boiling. Then pour into a cup and enjoy. 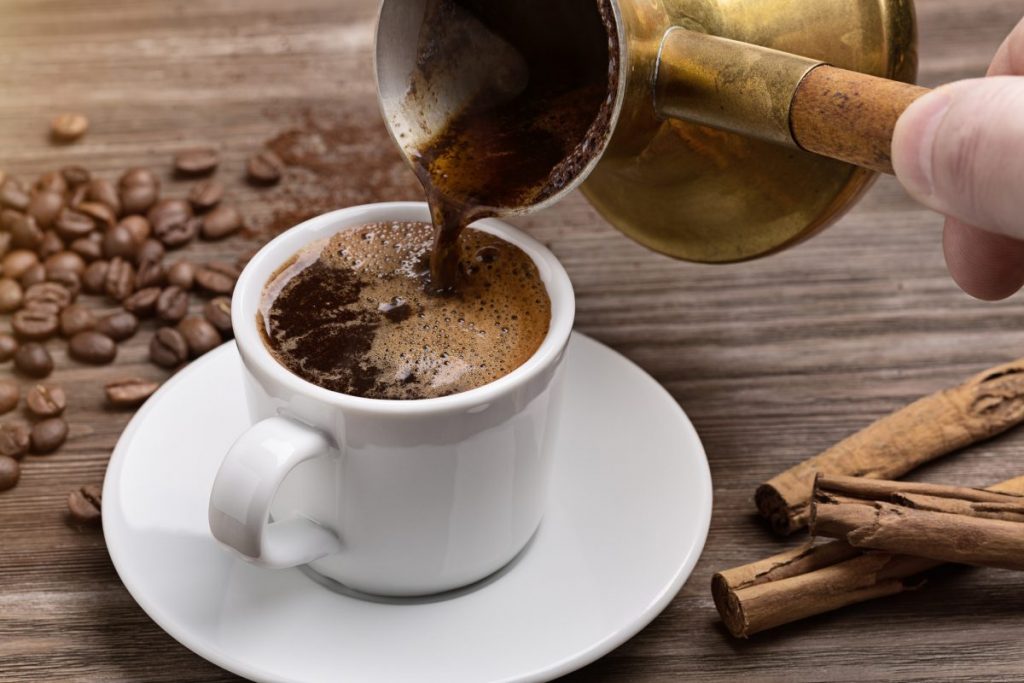 Many drinkers add a sprinkle of cardamom, which has its own health benefits. Cardamom also contains antioxidants and may have cancer-fighting potential. This spice can soothe digestive complaints, reduce fungal infections, and even improve bad breath. To get the most benefits from drinking Turkish coffee, reduce the sugar content and add more cardamom. 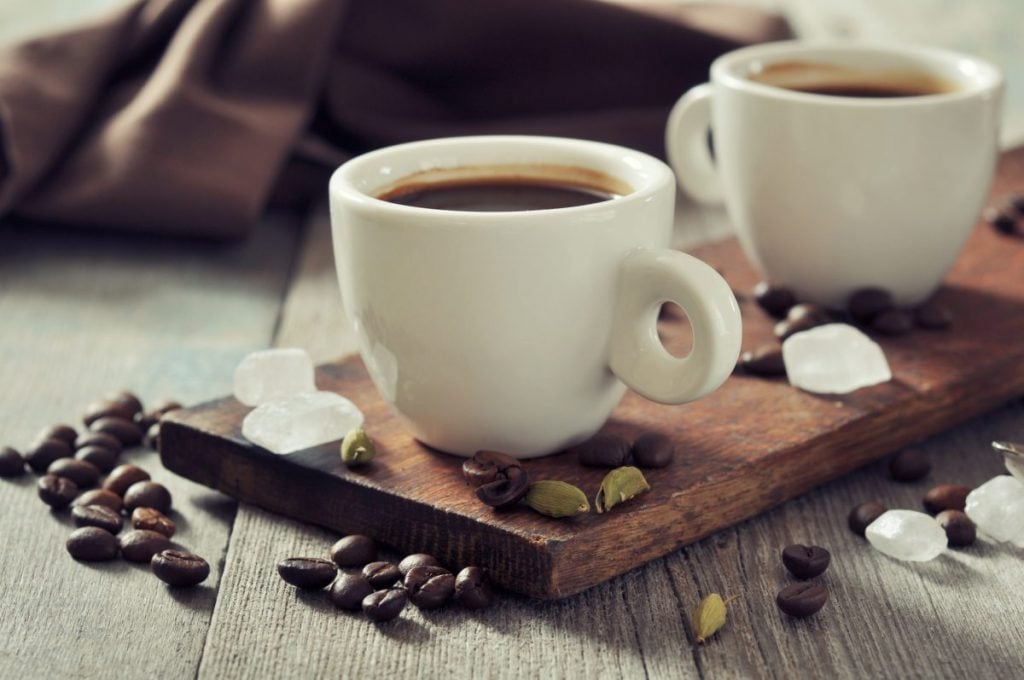