What is Demerara Sugar?

Demerara is a light brown sugar with large, coarse grains and a flavor similar to caramel. The sugar originated in a British colony of the same name, which is now Guyana in South America. Mauritius in Africa is currently the main source of Demerara sugar. A type of sugar called London demerara shares the name, but it is simply a refined sugar with added cane syrup. The qualities of Demerara sugar differ from fully refined sugar and first attracted consumer interest in European markets before slowly spreading to the United States.

Demerara is a partially refined sugar made from the first crystallization in the process that creates white sugar crystals from cane juice. The raw sugar from the first pressing of the cane is heated to a thick syrup, then dehydrated to form large crystals. The shortened process and single press let Demerara sugar retain molasses and a golden-brown color. 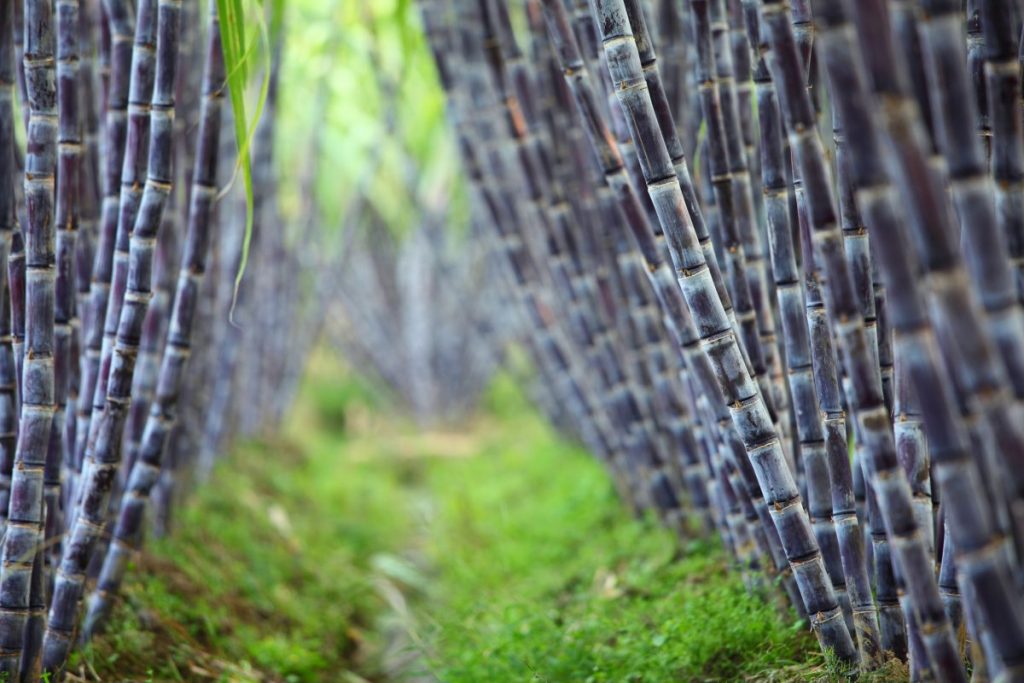 Demerara sugar resembles brown sugar in appearance, and both contain molasses, but their coloring comes from different processes. The sugar is light brown because the process does not remove all the molasses from it. Brown sugar undergoes almost the same amount of processing as white sugar, and then has some molasses added back. 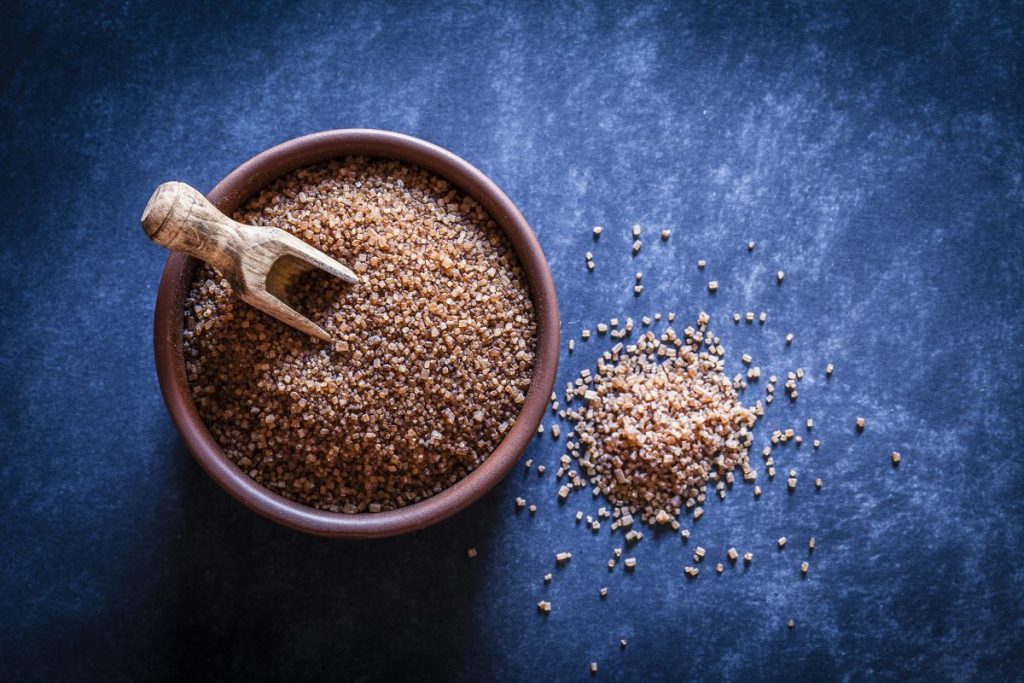 Demerara contains slightly less sucrose than white sugar -- between 88-93% sucrose compared to white sugar's 96-98%. Taste preference usually determines one's choice between the two types, as a teaspoon of both white and Demerara sugar has four grams of sugar and 15 calories. The two are too similar to affect health or weight loss differently. 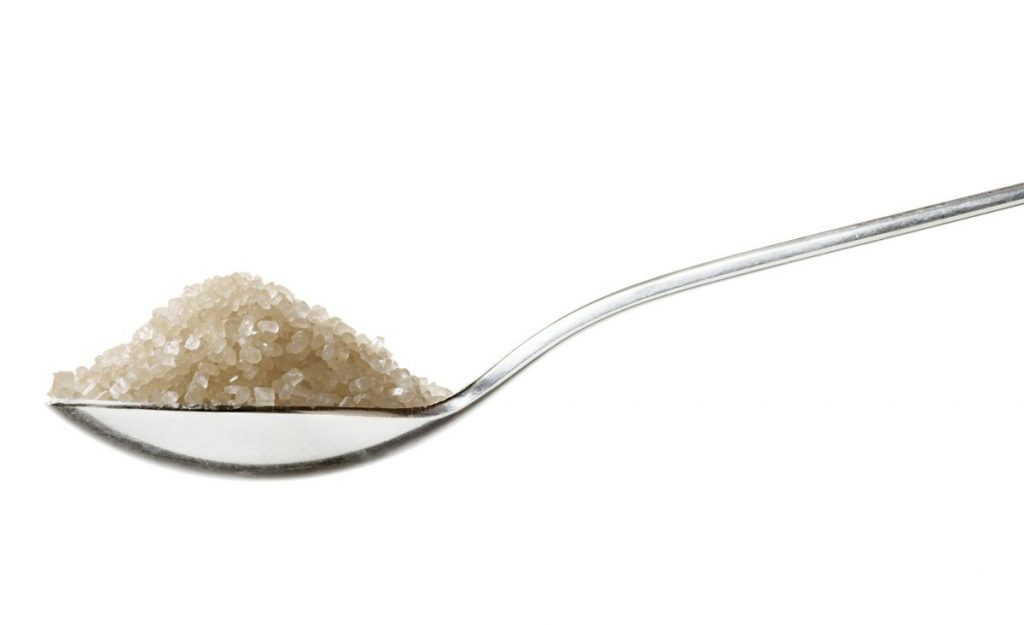 The advantage Demerara sugar holds nutritionally over white sugar is in the chromium, cobalt, magnesium, manganese, and zinc it contains. The body needs small amounts of these minerals to digest sugar. White sugar is so thoroughly refined that all mineral content is lost before the finished product. 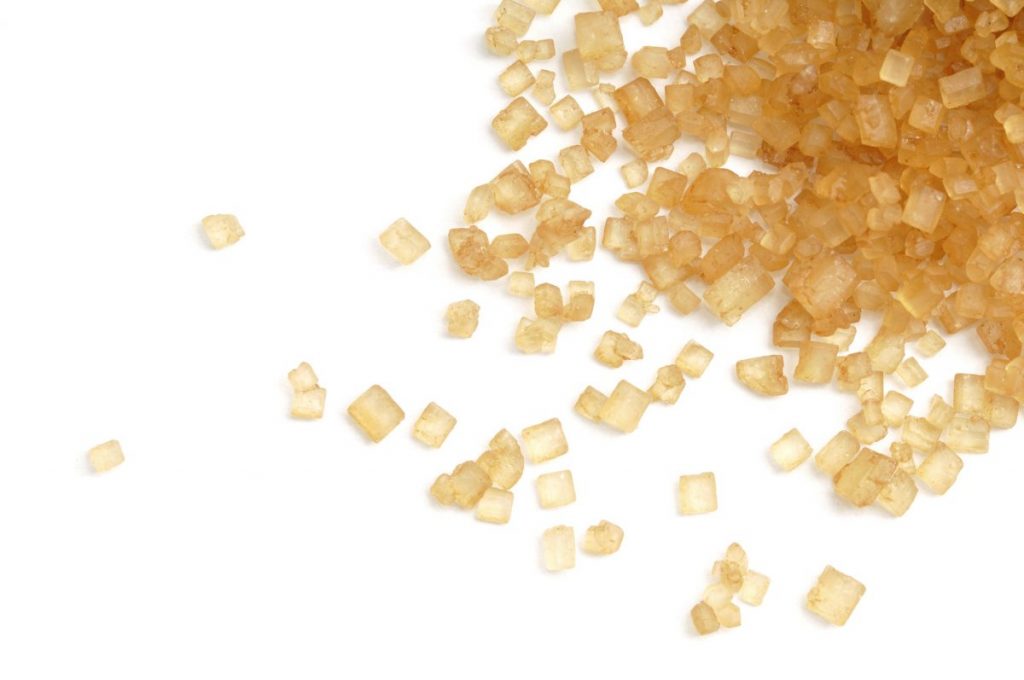 Demerara sugar has a unique taste described as caramel or toffee. It is commonly used in pastries, cakes, or other desserts and can be substituted for white or brown sugar. The rich flavor is also very popular as a topping on breakfasts cereals, sprinkled over fruit, and mixed with yogurt or cream cheese. The high molasses content gives foods a creamy texture. 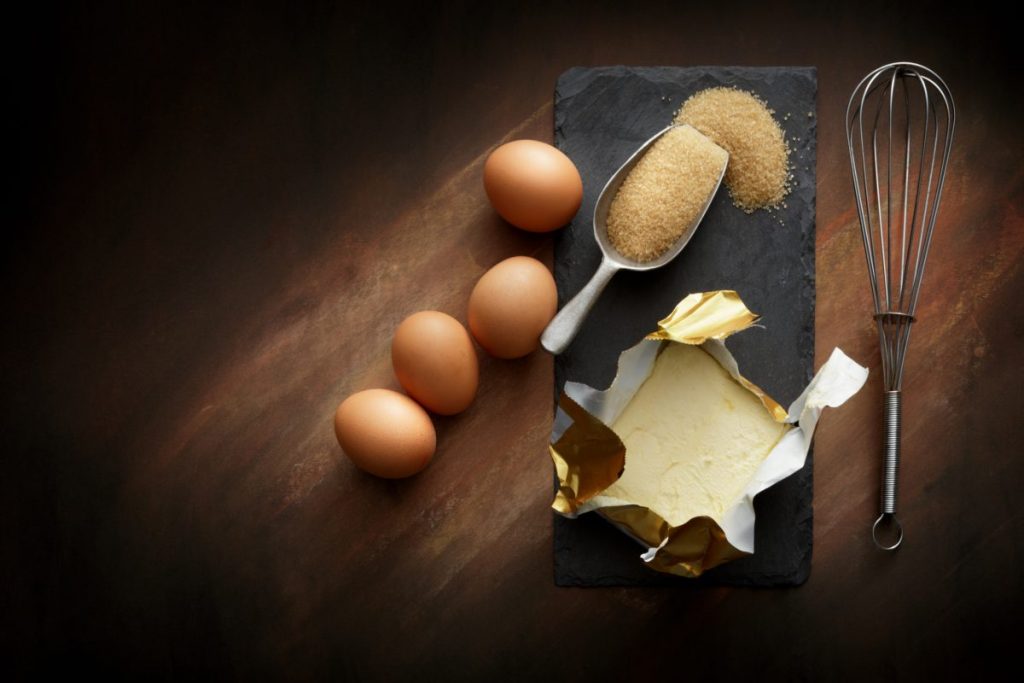 Demerara sugar can enhance the flavor of coffee, tea, or even hot chocolate. Specialty coffee, hot dessert beverages, and mixed drinks or cocktail recipes often call for Demerara sugar. Spiced rum and cider are especially popular. It is less popular in cold beverages because Demerara sugar takes longer to dissolve in water than white sugar. 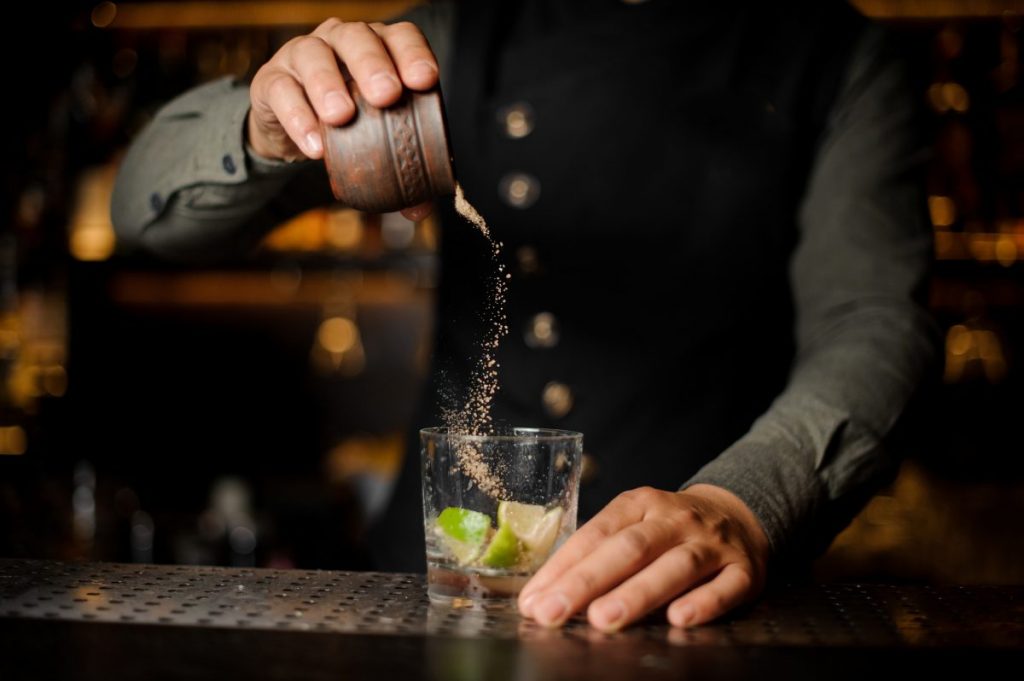 There are enough differences in taste, texture, and level of sweetness to use caution when swapping in Demerara sugar for refined sugar in recipes. Demerara sugar is sweeter and has a stronger flavor, so most people use less of it. Demerara sugar also takes longer to dissolve while baking, which presents two possibilities: an adjustment of baking time, or intentionally leaving some of the large brown crystals intact to add a crunchy texture as a topping or filling. 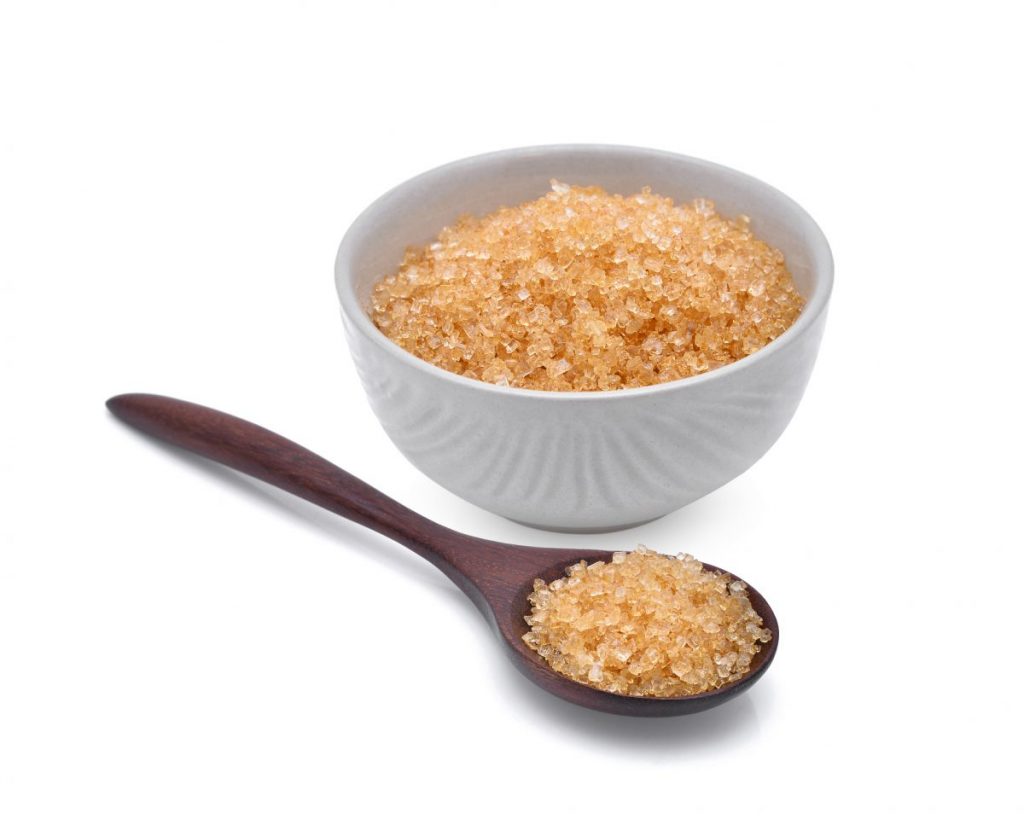 The process of making Demerara sugar often uses significantly fewer chemicals and other additives. Vegans may choose Demerara sugar because animal bone char can be a component in the processing of white or brown sugar. There is no specific research into chemical residue in refined sugar compared to Demerara sugar, so people considering this factor are reaching their conclusions based on the refining process alone. 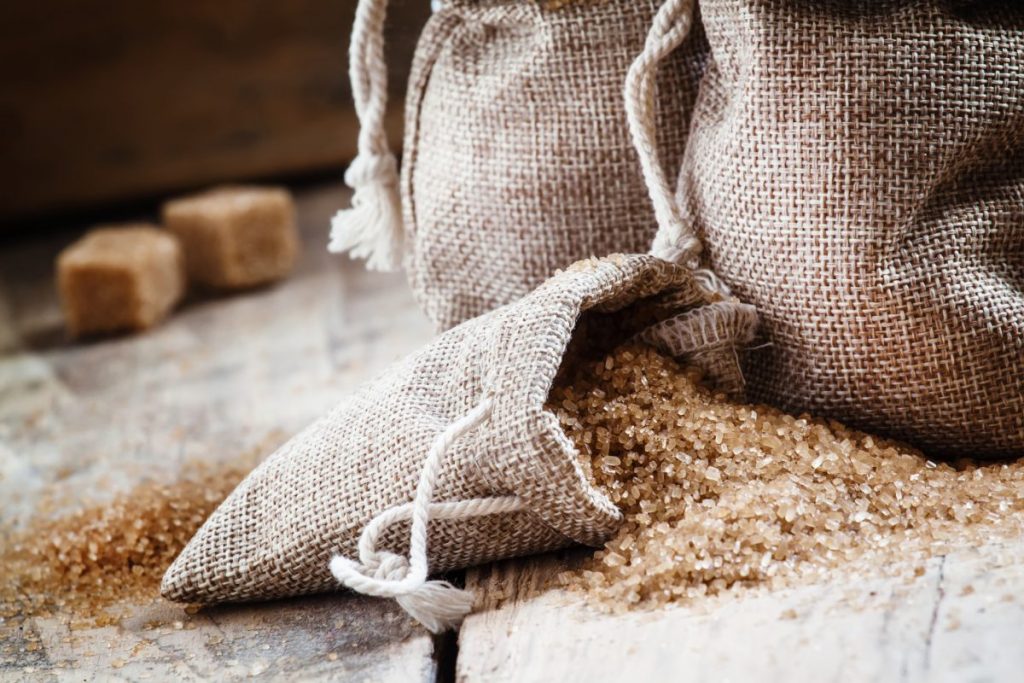 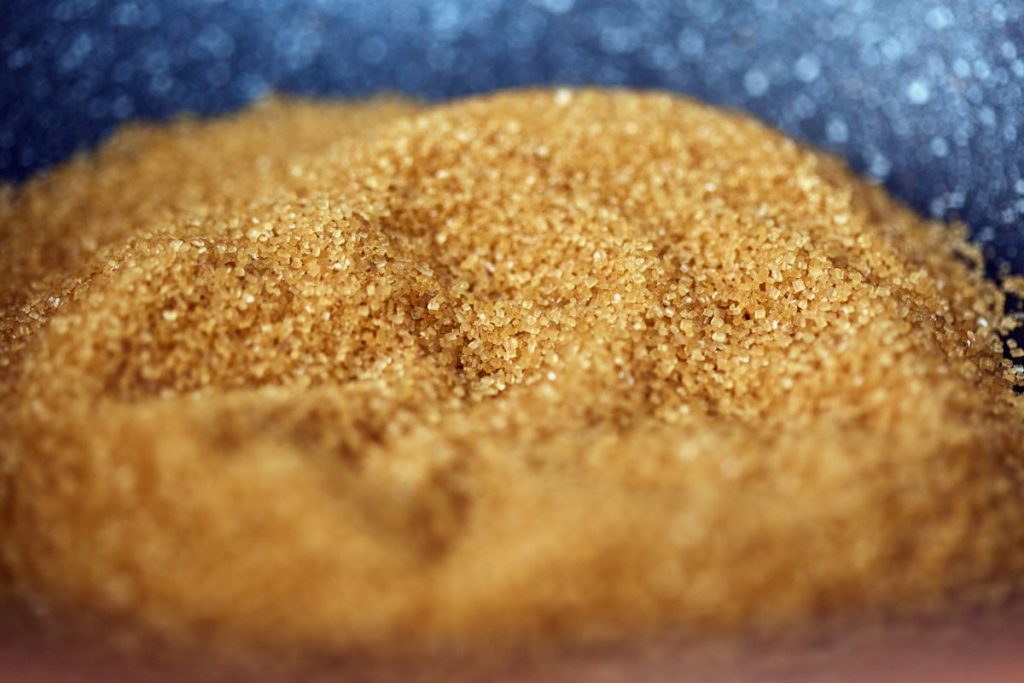 Unrefined and raw sugars are gaining popularity all over the world, and there is no official agency or regulating body to ensure labels are accurate. Less refined sugars almost always cost more than white and brown refined sugars, so unscrupulous companies or individuals sometimes add coloring agents and moisture to regular refined sugar to imitate the light brown color and larger grains of Demerara. Consumers should always read labels closely and seek more information if a product is questionable. 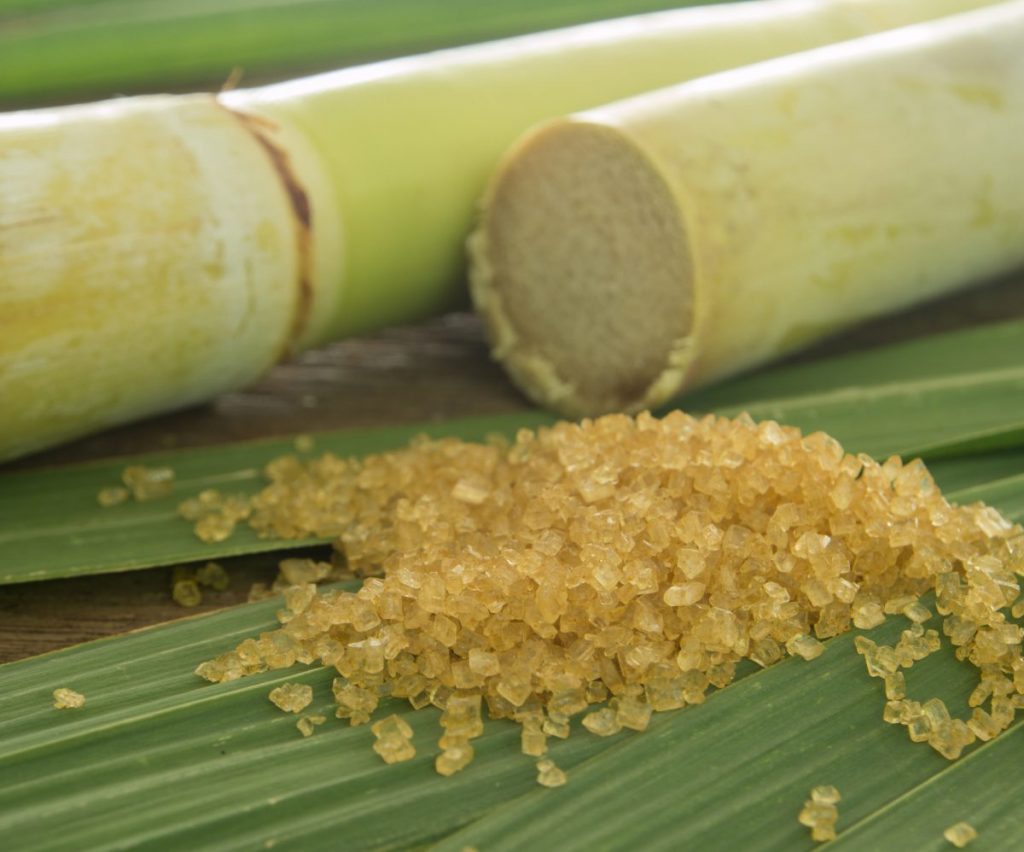