What is Acrylamide and How Can I Avoid it?

Acrylamide is a chemical used in paper and pulp production, construction, textiles, cosmetics, plastics, mining, food processing, agriculture, and water treatment. Studies suggest the chemical can cause cancer; as such, some people are interested in how they can avoid or limit their exposure to acrylamide. Due to its presence in many foods and industries, this is difficult, but complete avoidance is not necessary. There are many ways to reduce exposure and consumption of acrylamide.

Does Acrylamide Cause Cancer?

Studies on rodents suggest exposure to acrylamide increases the risk of several types of cancer. The body converts the chemical to glycidamide, which is shown to cause mutations and DNA damage. Surprisingly, large-scale studies in humans show no conclusive evidence that dietary acrylamide increases the risk of cancer. The lack of conclusive evidence may be due to the difficulty of tracking a person's acrylamide intake. The amounts found to be carcinogenic, or cancer-causing, in mice are much higher in proportion to body weight than amounts studied in humans. 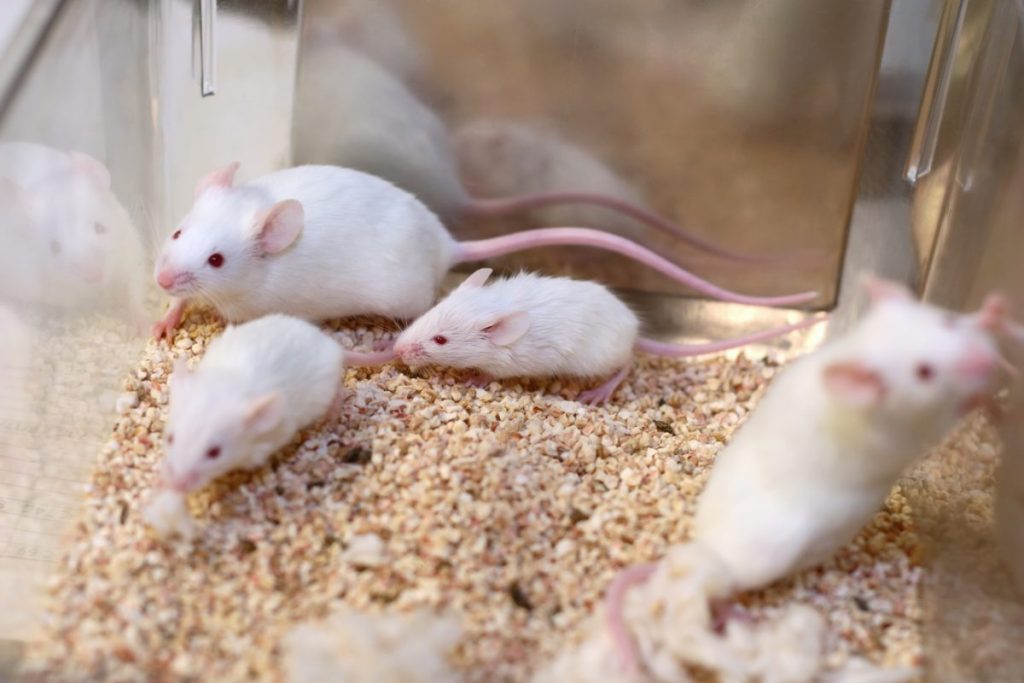 The Environmental Protection Agency (EPA), classifies acrylamide as a Group B2 substance, which indicates it probably increases the risk of cancer in humans, but research has not confirmed this risk. The EPA released a Reference Dose, RfD, for oral intake of acrylamide in 2010. Reference doses define the safe daily amounts of a substance over an average human lifetime. Acrylamide has an RfD of 0.002 milligrams per kilogram of body weight per day. For example, a person weighing 150 pounds should limit acrylamide to approximately 140 milligrams per day. The average adult in the US consumes well under the RfD dose, at approximately 27 daily micrograms of dietary acrylamide. 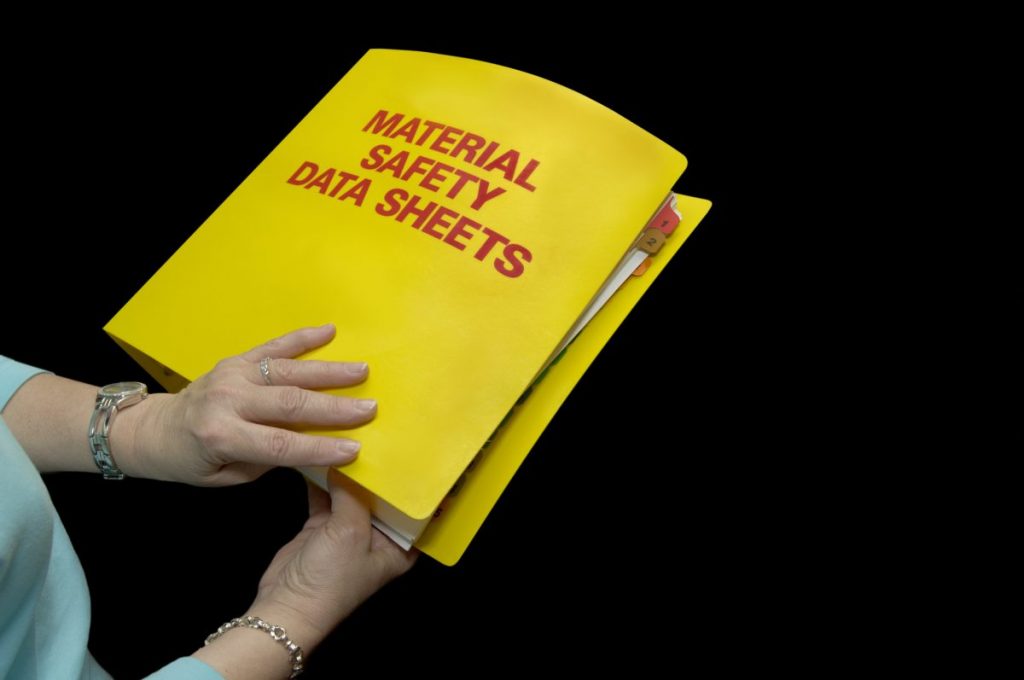 How does Acrylamide Form?

Large amounts of acrylamide in food form in two ways. When certain amino acids interact with sugars in a heated environment, the chemical forms. Several amino acids and many sugars interact in a manner that forms acrylamide, but an amino acid called asparagine carries the greatest risk. Acrylamide can form without sugars when fats in foods are oxidized. Fried foods form acrylamide through fat oxidation, even though there is very little sugar involved. 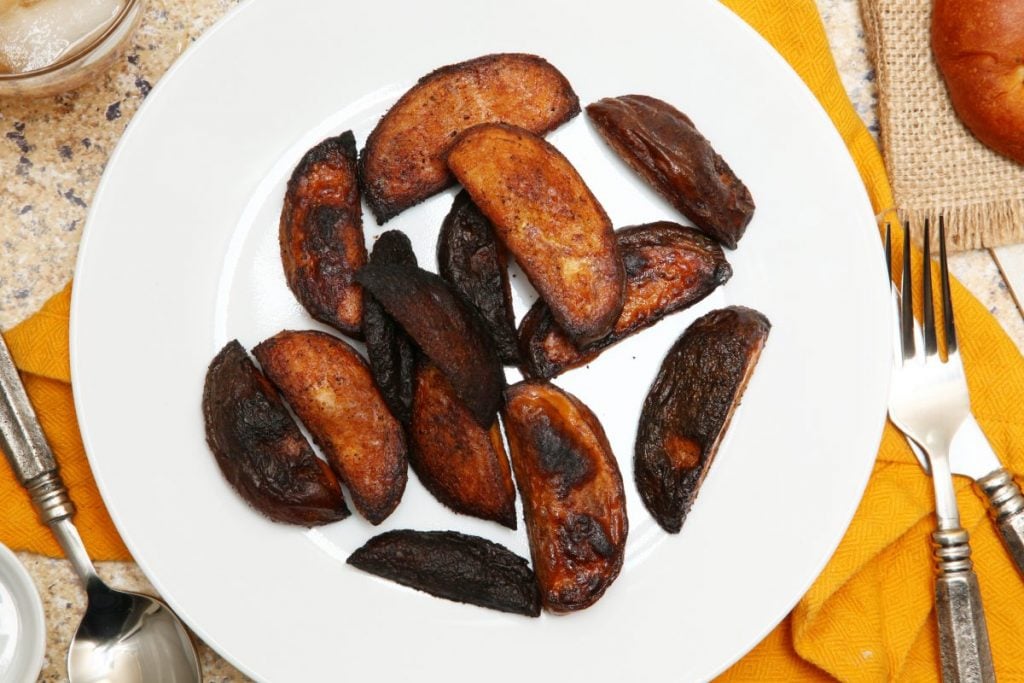 Typical production methods for potato chips form acrylamide. The fats used in the frying process react with small amounts of asparagine in raw potatoes. Some of the starches in potatoes also break down into sugars, providing a second way acrylamide can form. Potato chips often contain more than 1,000 parts per billion of acrylamide; an ounce of potato chips contains up to 28 micrograms. To put it in perspective, that is 20% of the maximum recommended safe intake of acrylamide per day in a single ounce of potato chips. 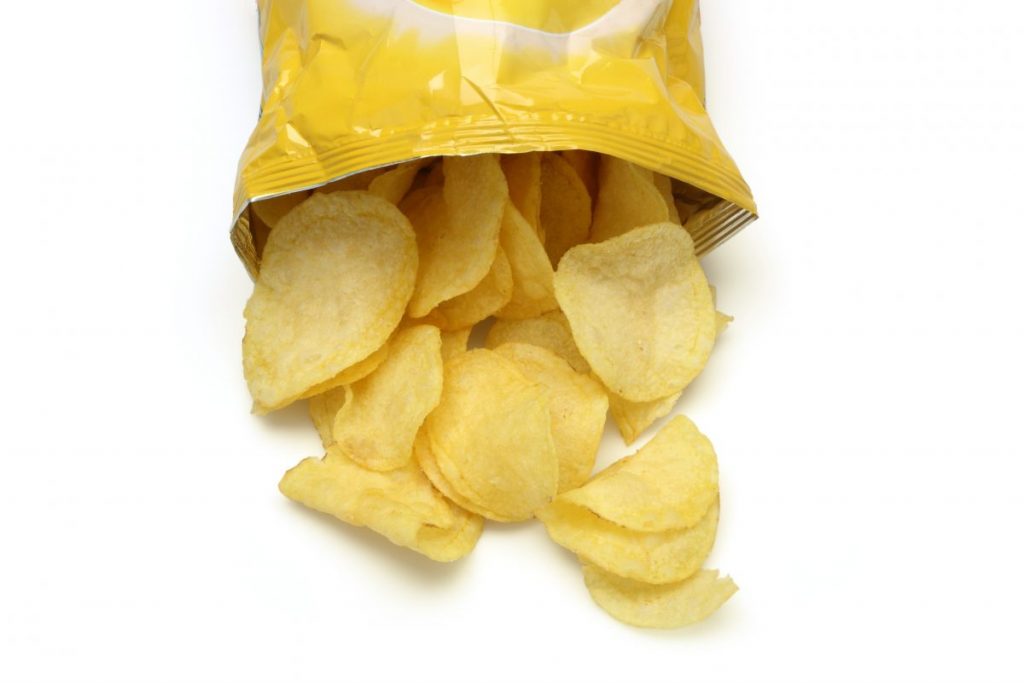 Although asparagine holds a greater possibility of forming acrylamide than other amino acids, asparagine alone is not enough for the chemical process to occur. There are many other factors involved as well, so avoiding foods containing asparagine is not necessary or recommended. Many healthy and essential vegetables contain asparagine, including asparagus, carrots, onions, broccoli, or plums contain asparagine, but these foods are not usually prepared in a manner that would form acrylamide. Roasted or baked potatoes do not form acrylamide either. 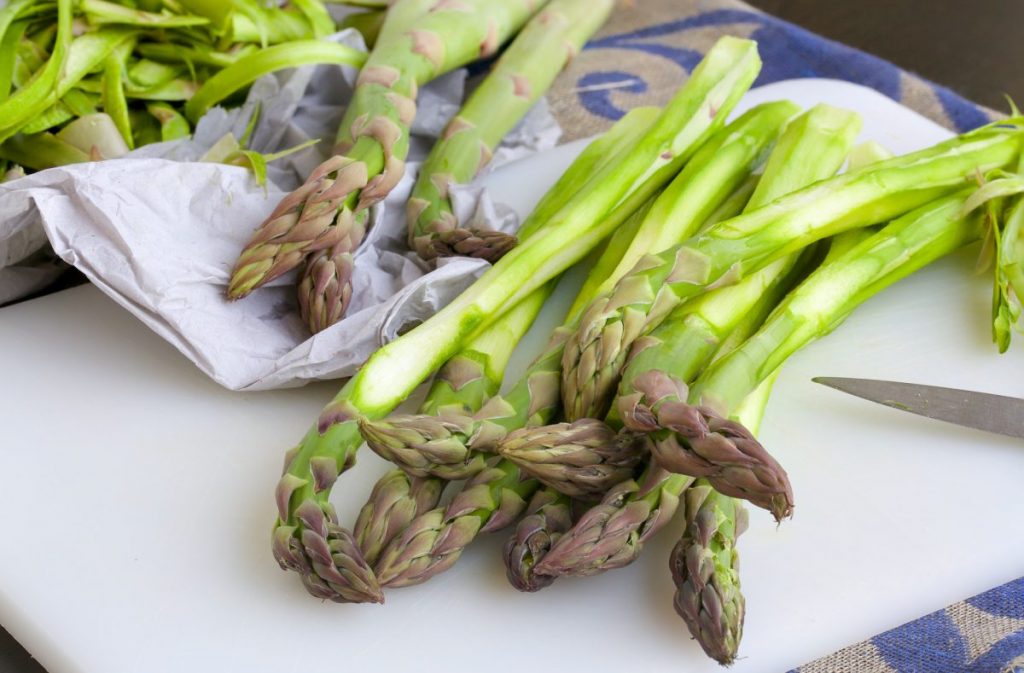 Acrylamide is detoxified in the human body when processed or metabolized by the cytochrome P450 enzyme system. The P450 enzyme is converted into glycidamide or attached to glutathione, an antioxidant. Human metabolic pathways can detoxify acrylamide, but it is possible to overload the metablism to where there is more acrylamide than the body can process. This risk is minimized by consuming adequate levels of gluthathione. 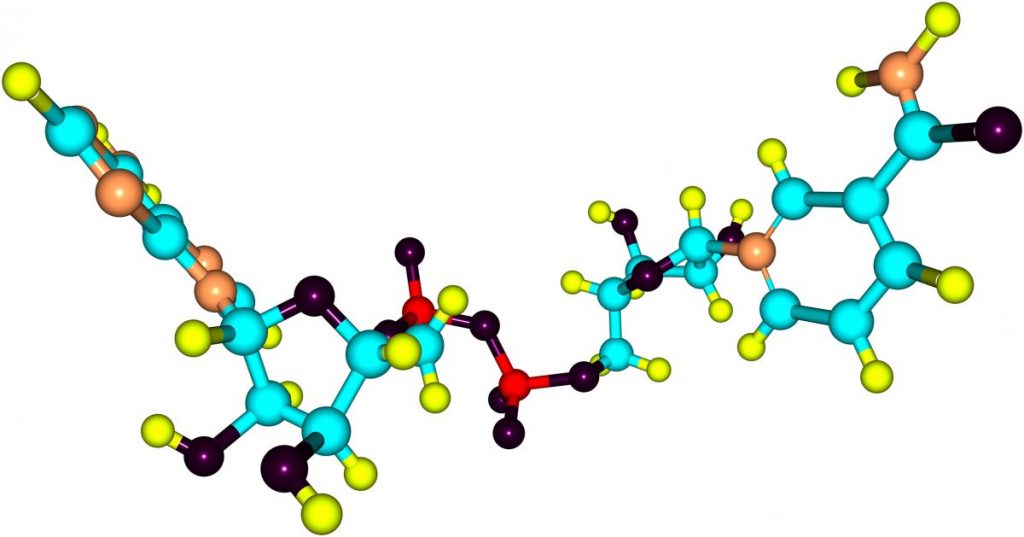 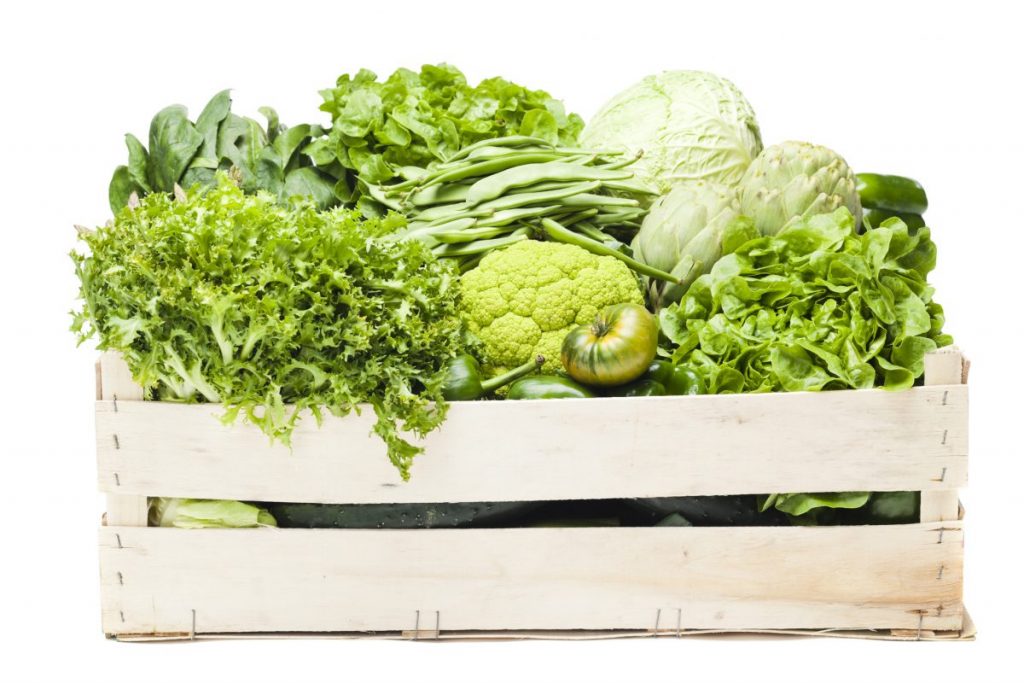 How to Decrease Acrylomide Consumption

Some simple precautions can decrease the amount of acrylamide in meals. Do not store potatoes in a refrigerator because it can increase acrylamide formation during cooking. Store potatoes in a cool, dark area such as a pantry. Frying foods in oil prompts acrylamide formation, so always follow manufacturer instructions for fried foods. Do not let food become heavily crisped or burnt. Fry potato products to a golden-yellow color. Soak vegetables in cold water before frying them. Toast breads to a light brown color instead of dark brown or black, and avoid any obvious charring. The acrylamide in coffee and many types of teas can not be avoided except by reducing the amount of these products one consumes. 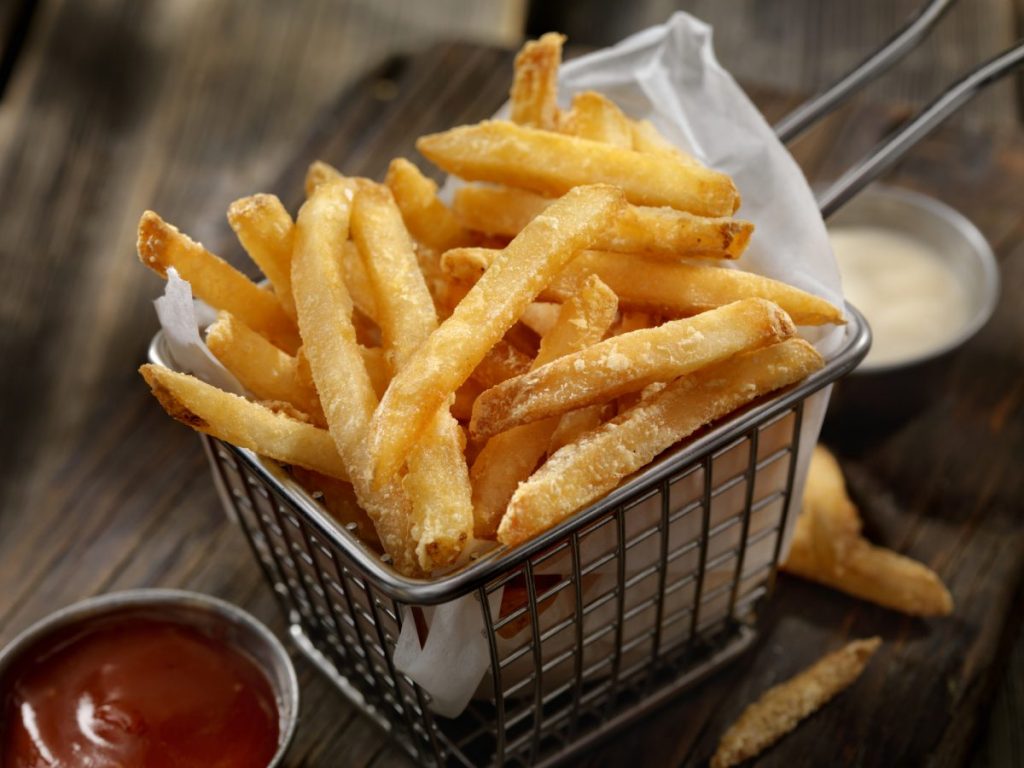 Olives have become a controversial food due to their relationship with acrylamide. According to the US Food and Drug Administration, olives do not contain acrylamide. Over a dozen types of olives, including Greek, Kalamata, Nolellata, Sicilian, d'Abruzzo, and Gaeta, were tested and found to have no detectable levels. FDA research has found relatively large amounts of acrylamide in some types of canned black olives, however. The working theory is that the handling, storage, and processing methods are somehow creating the chemical. The preservation and darkening methods used during heating have drawn specific attention. No alarming or unusually high levels of acrylamide have been found in olive oil. Consumers who want to avoid as much acrylamide as possible can choose black olives packed in brine instead of canned black olives. 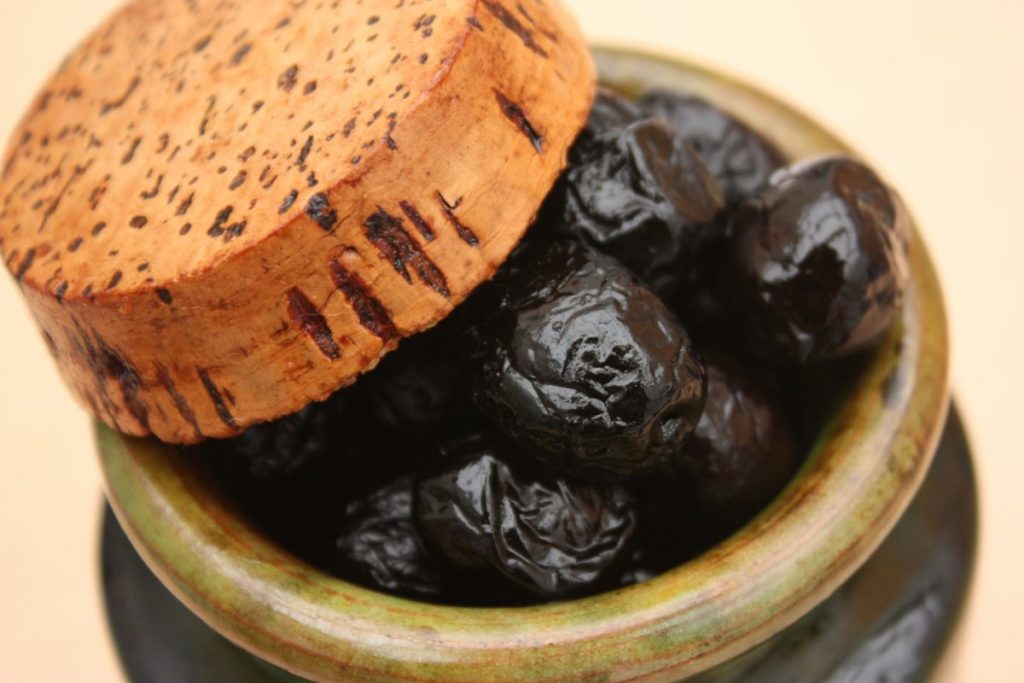 Although there is no definitive amount of dietary acrylamide known to cause cancer in humans, the chemical is classified as a neurotoxin. Environmental exposure to large amounts of acrylamide causes nerve damage. People working in coal plants, wastewater treatment facilities, the textile industry, and many other industries have developed neurological problems from this exposure. Most of these industries are much more regulates now than they were in the past, but the risk remains. Cigarette smoke also contains acrylamide at a rate of one or two micrograms per cigarette. 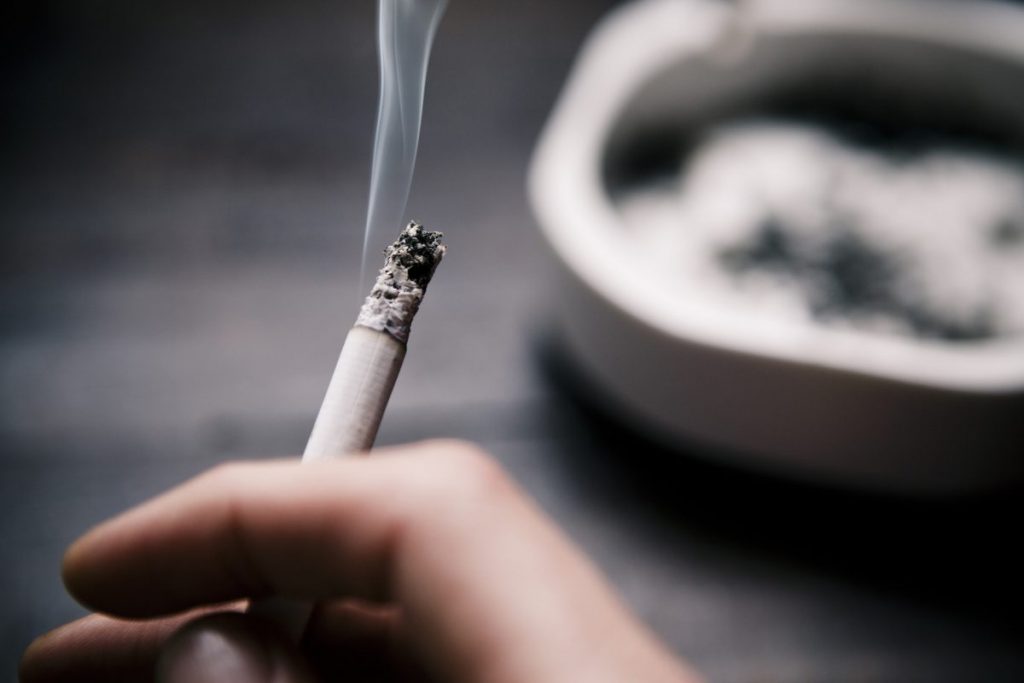