What are the Chakras?

Chakras are an aspect of early Indian religious traditions. According to belief, these internal energy centers correspond to different colors and areas of the body. Each also governs a different part of life. The word chakra translates to "wheel" or "circle," and people often visualize the seven centers as spinning discs at each energy node. Similar ideas exist in most cultures, but the concept of chakras is the most detailed and has been adopted by people throughout the world.

The concept of chakras comes from the idea that all life is made up of both a physical and an energetic body. The energetic body or subtle body reflects our psychological, emotional, spiritual, and mental energies. The chakras are where the energy of the subtle body concentrates. The seven main chakras line up along the spine from the seat to the top of the head. Practitioners believe balanced chakras free from blockages allow energy to move through the body, leading to a harmonious life. 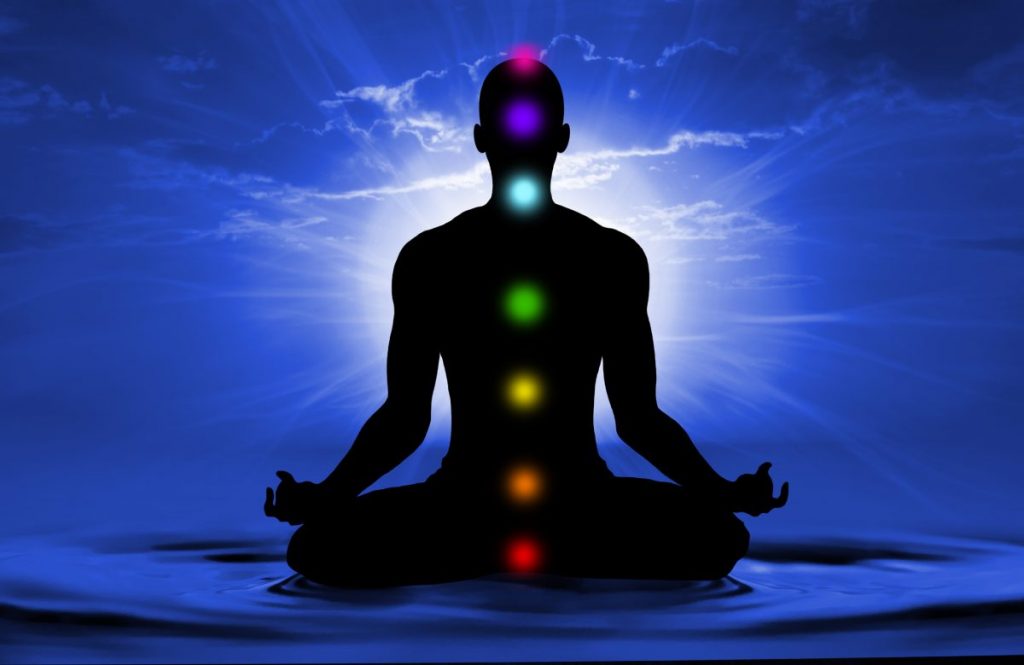 The root, or base, chakra sits at the base of the spine, near the tailbone, and is associated with the color red. Its main focus is on security and physical survival. People who are insecure about their living conditions or money often have an unbalanced or blocked root chakra. Physically, the root chakra governs the pelvic bone downwards, as well as sex organs. Imbalances in this chakra may manifest physically as knee or foot pain. 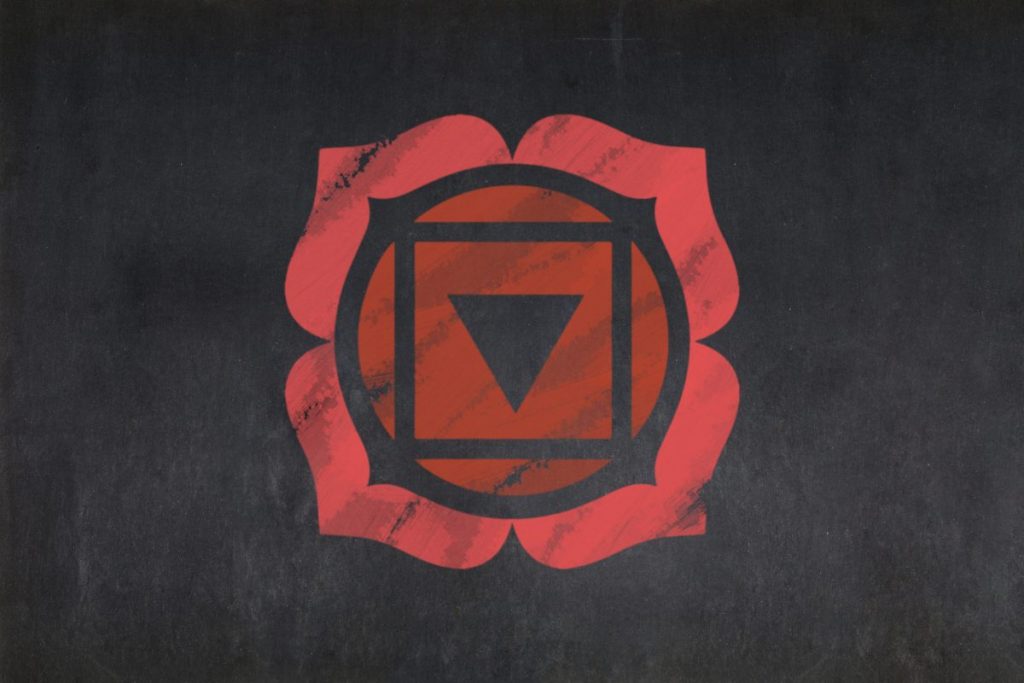 The sacral chakra lies between the base of the spine and the navel. Its color is orange, and its focus is creativity, emotions, and sensuality. This chakra allows us to enjoy life. A blocked or imbalanced sacral chakra can lead to addictions or an inability to enjoy the good things at all. Physically, this chakra encompasses organs of the abdomen, including the kidneys and urethra, and in women, the uterus and ovaries. Illnesses of these organs can also be a sign of imbalance. 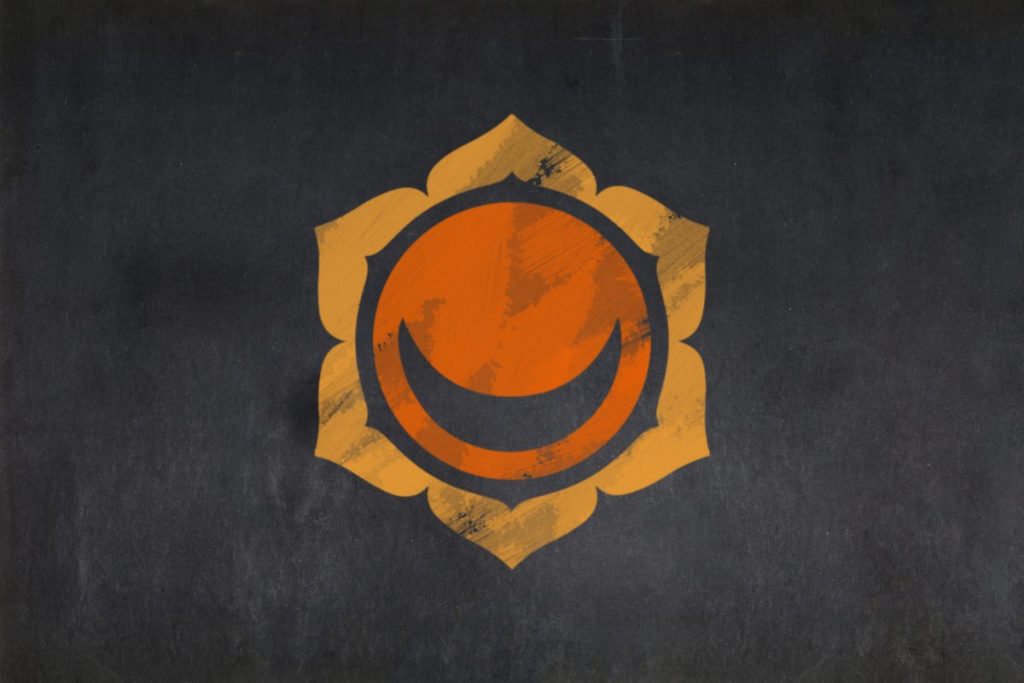 The solar plexus chakra is in the diaphragm. Its color is yellow, and it influences how you present your power, will, and confidence to the world. People who lack confidence often have solar plexus imbalances. Physically, this chakra governs the digestive system and metabolism. Imbalances can manifest as digestive issues and control problems, such as not having enough, or needing too much, control over your life or other people. 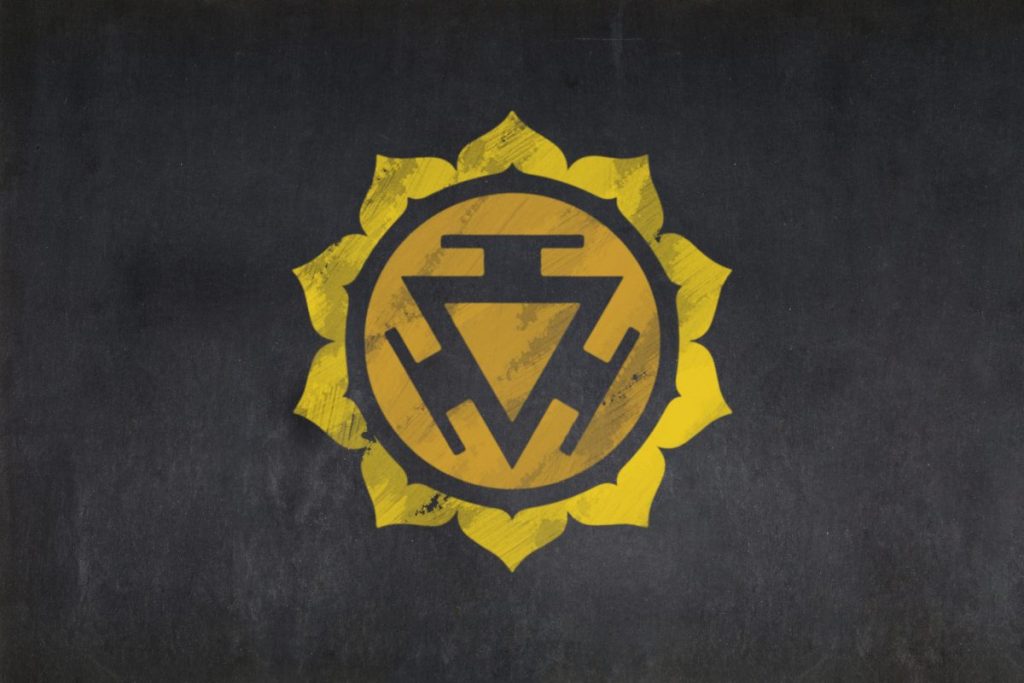 The heart chakra is located in the center of the chest and is green. Its focus is on loving the self and others and everything that comes from that love, such as grief, forgiveness, relationships, and compassion. It also connects our upper, spiritually-focused chakras to the lower, earthly ones. The cardiac system and lungs are associated with the heart chakra, as well as the immune system. Imbalances in this chakra often come from emotionally-charged experiences and can manifest as defensiveness, jealousy, and an inability to connect to others. 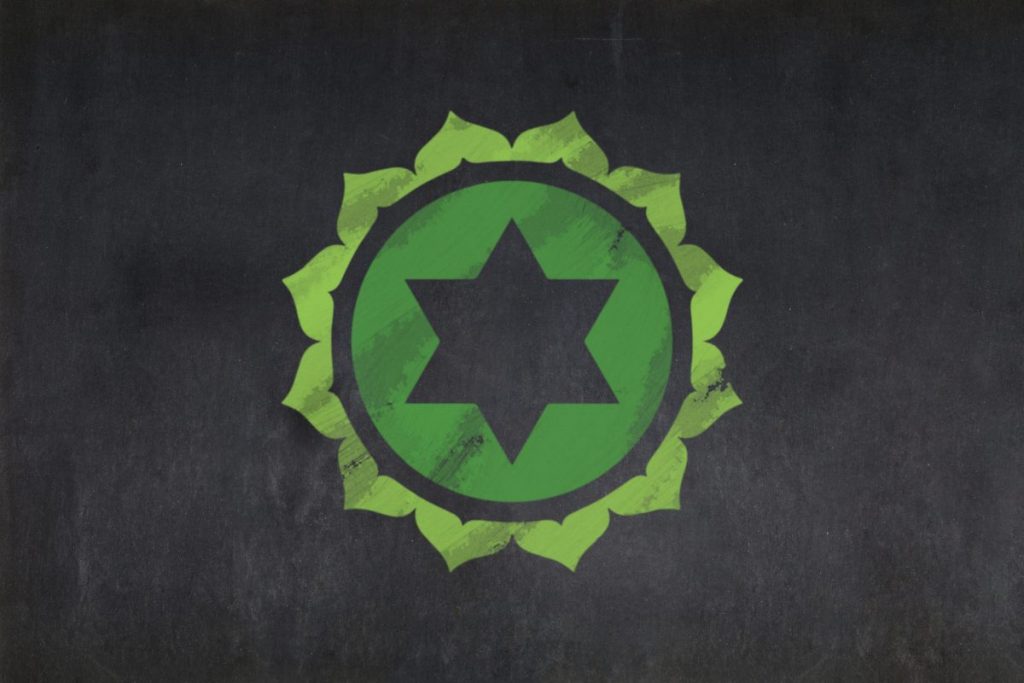 The throat chakra is blue and resides at the center of the throat. It governs sound, communication, and expression. People who cannot express themselves or are staying silent about something important often see imbalances in this chakra. The throat chakra connects to the shoulders, neck, mouth, and jaw, as well as the thyroid. Imbalances manifest as issues within these areas, especially sore throats, speaking too much, or a fear of speaking. 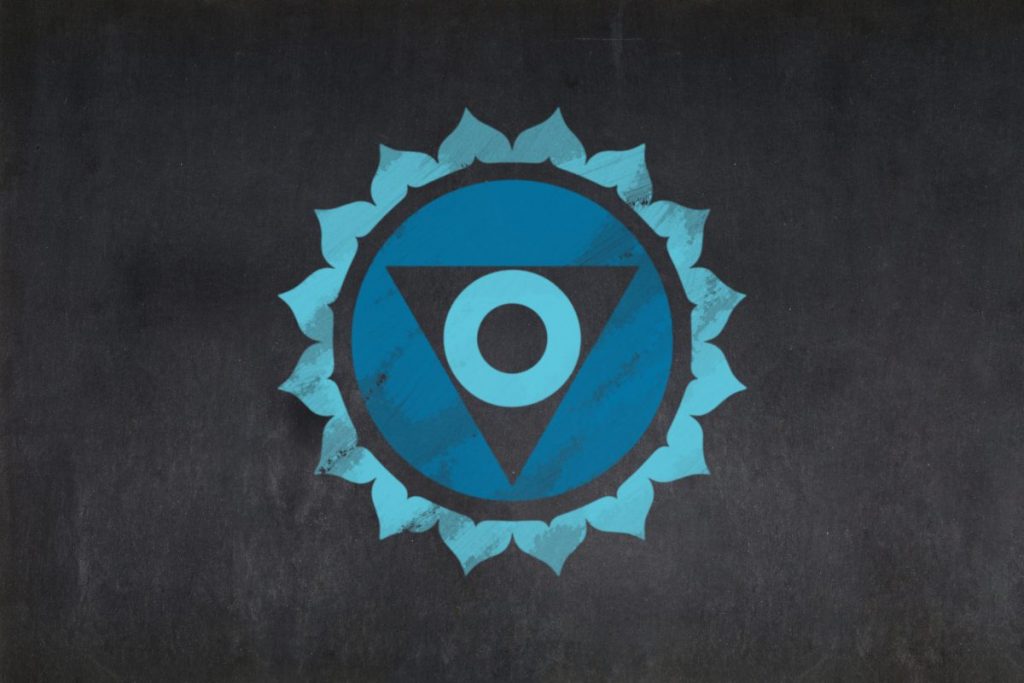 The third eye chakra is located on the forehead, between the eyebrows. Its color is indigo, and it is the center of intuition and imagination. The third eye chakra allows us to access mystical states and psychic gifts and links to the eyes and brow. Imbalances can manifest as migraines or vision problems and difficulty sleeping. They can also lead to a person rejecting the spiritual or living in a fantasy world. Flighty people often have third eye imbalances. 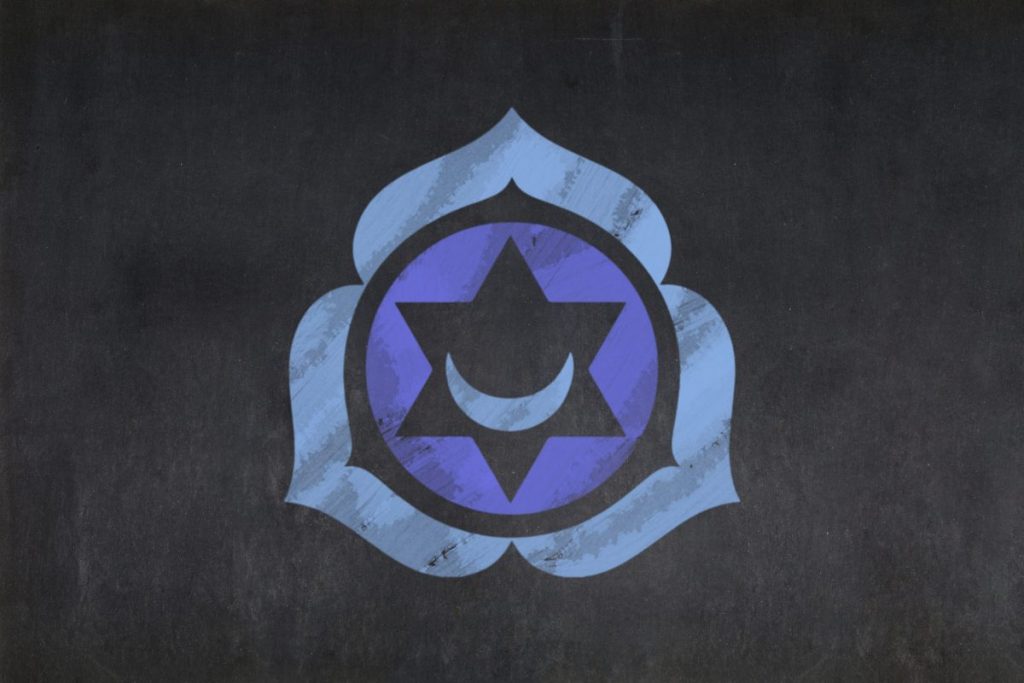 The last chakra is the crown chakra. It is located at the top of the head and associated with both deep purple and white. This chakra connects to higher states of consciousness and gives us access to the divine. It brings wisdom, clarity, bliss, and the ability to transcend our limitations. The chakra governs the brain, head, and upper spine. Imbalances can physically manifest as mental illness or neurological diseases such as Alzheimer's. Imbalances may appear as closed-mindedness and disconnection from the body or spirit. 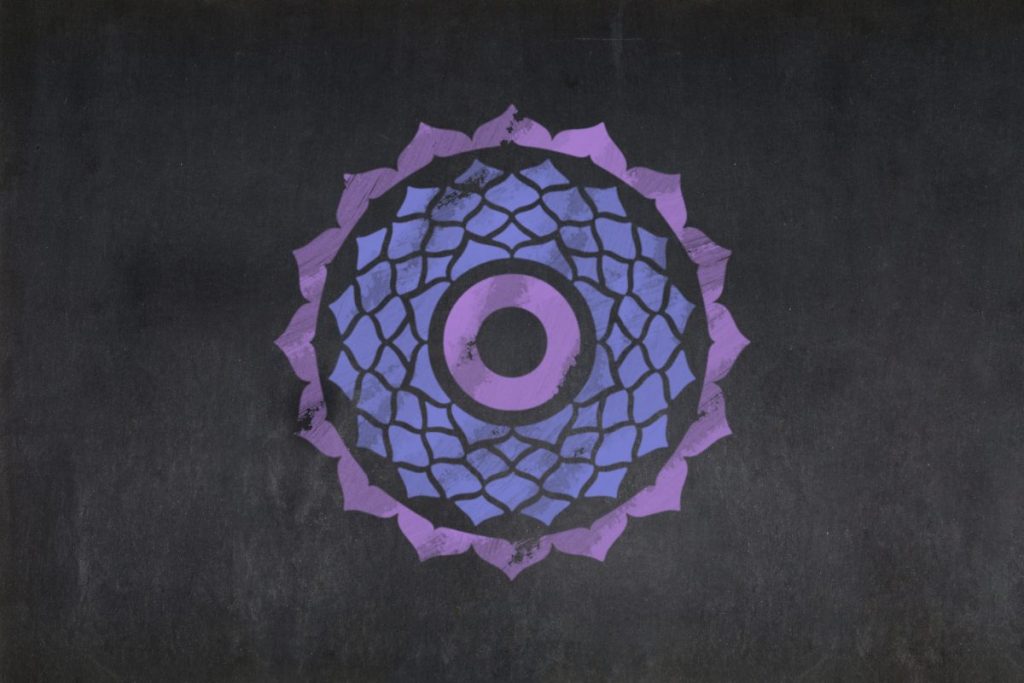 The seven chakras are the main ones that govern our lives, but other chakras do exist. Some are minor, including other centers in the body that help move energy to our limbs and elsewhere. Others connect the energy of our body to higher energy sources like the earth and the divine spirit. The earth star and soul star chakras are two such centers the metaphysical community is beginning to more widely discuss. 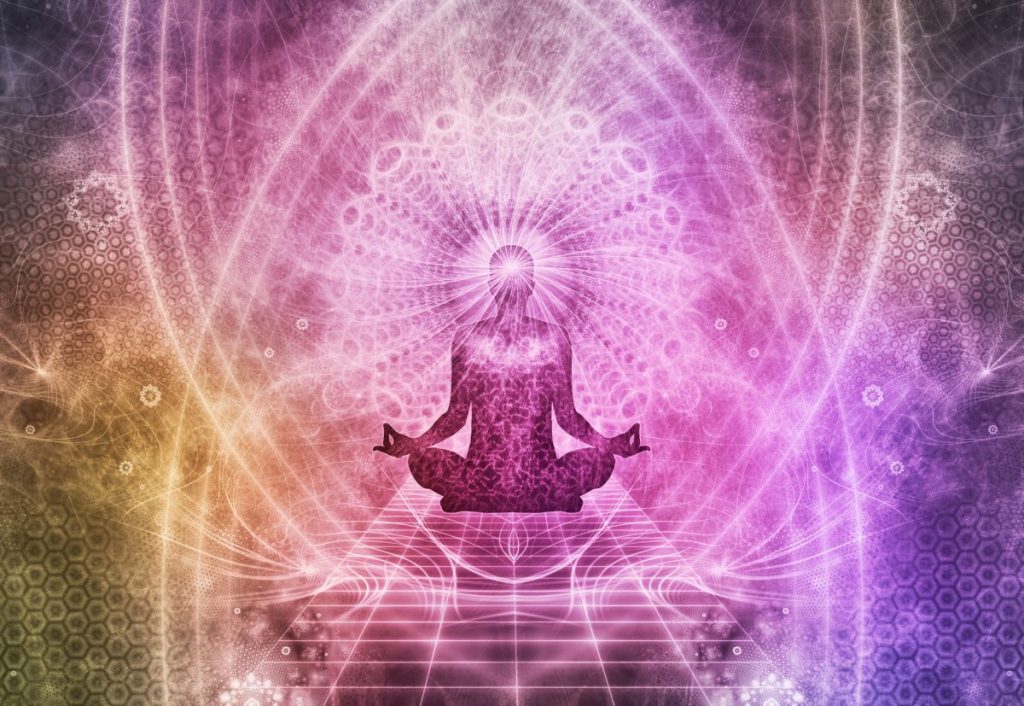 Unblocking your chakras and bringing them into balance can help you live a harmonious life. Some also believe this can ease physical ailments. There are many ways to balance individual chakras; for example, standing barefoot on the earth is though to balance the root chakra. A regular meditation practice can help balance all chakras. Reiki and other energetic practices can also help heal chakras. Lastly, examining where the imbalances come from and working to fix these areas will not only balance chakras but also generally improve your life. 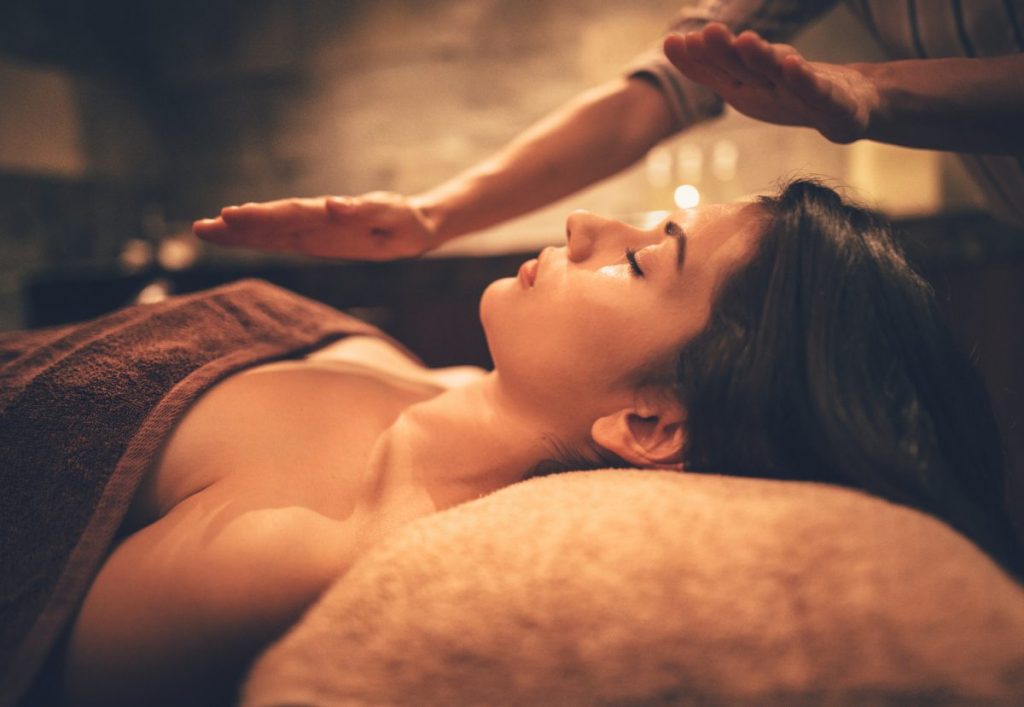