The Many Health Benefits of Fiber-Rich Oatmeal

The human body needs complex carbohydrates to function and grains are a good source of them. The healthiest type of grain is fiber-rich whole grains, like oats. Though technically the flour or "meal" made from this grain, these days the term oatmeal usually refers to porridge made from rolled oats. Studies show that eating oatmeal boosts fiber intake and provides a long list of other health benefits, as well.

Researchers say that at least half of the grains in a person’s diet should be whole grains, rather than refined grains. Oatmeal is a fiber-rich source of whole grains. It contains iron, copper, magnesium, antioxidants, phytochemicals, B vitamins, healthy fats, and many other nutrients. Refined grains lose many of these nutritional benefits during the refining process. 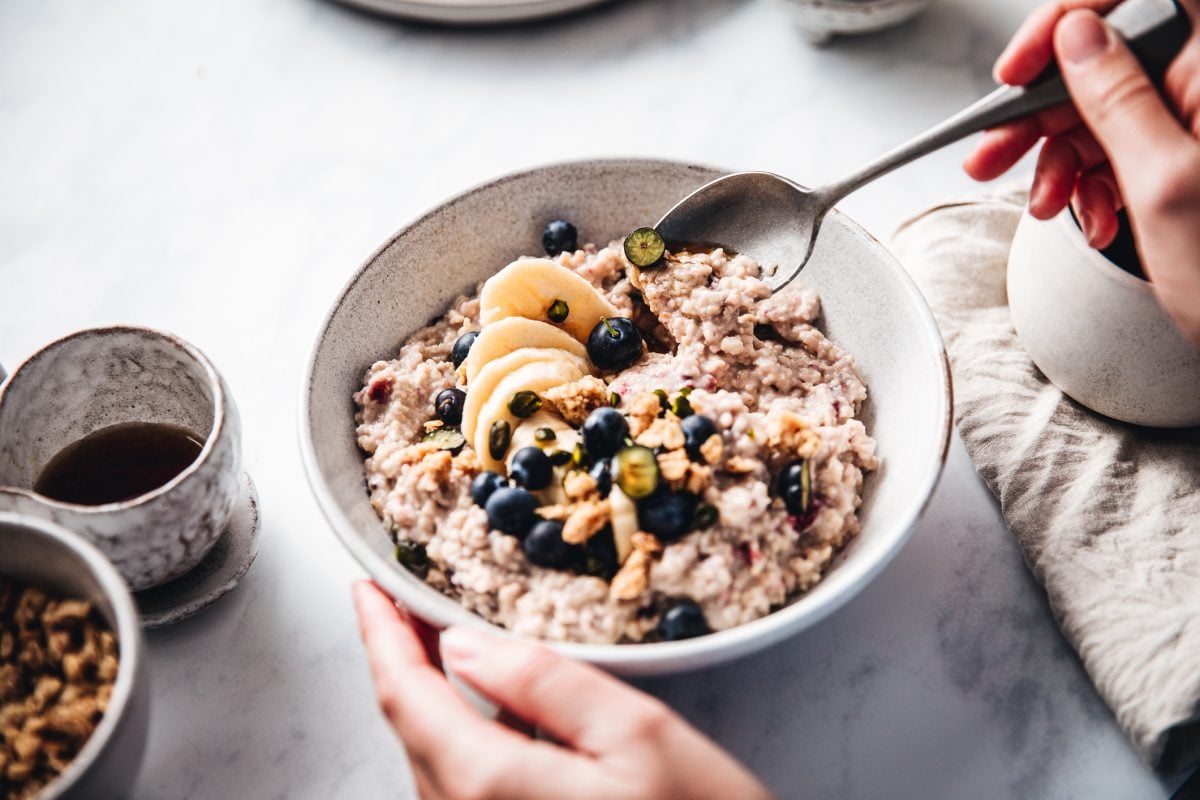 Nutritionists recommend that women eat 21 to 25 grams of fiber each day. Men should have even more, from 30 to 38 grams a day. One cup of instant, cooked oatmeal contains five grams of fiber. Including oatmeal as part of a healthy diet reduces the risk of obesity, diabetes, and heart disease. 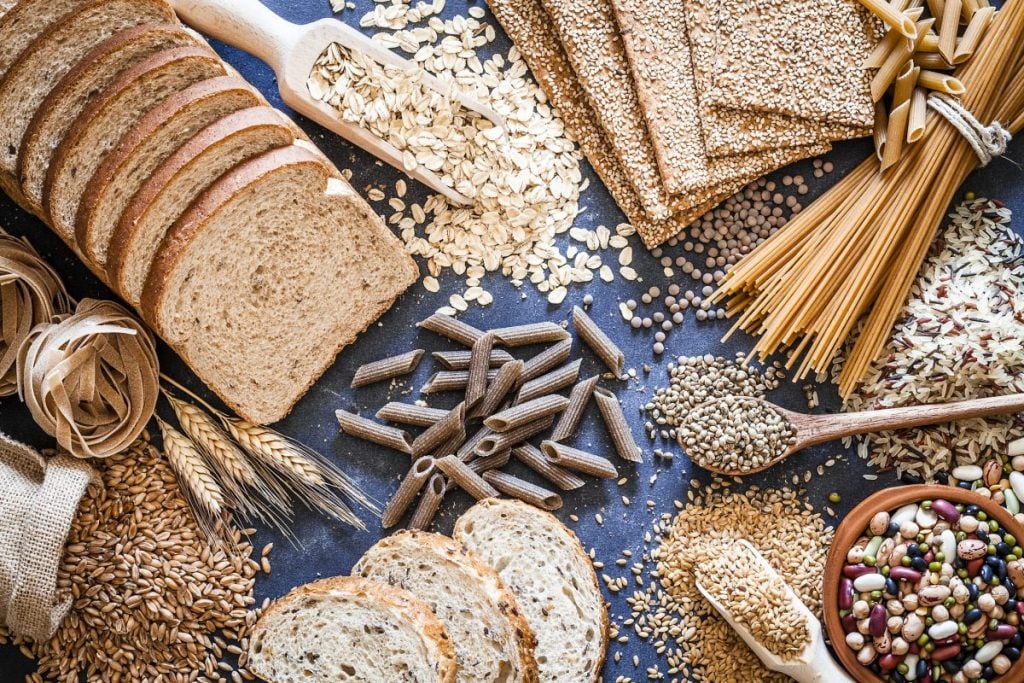 Oatmeal contains a soluble type of dietary fiber, beta-glucan, which plays a beneficial role in insulin resistance. It also prevents hypertension and abnormal levels of cholesterol and lipids in the blood. Researchers believe it is the physicochemical and structural characteristics of beta-glucan and the way that it interacts with the gastrointestinal tract that are most beneficial to the body. 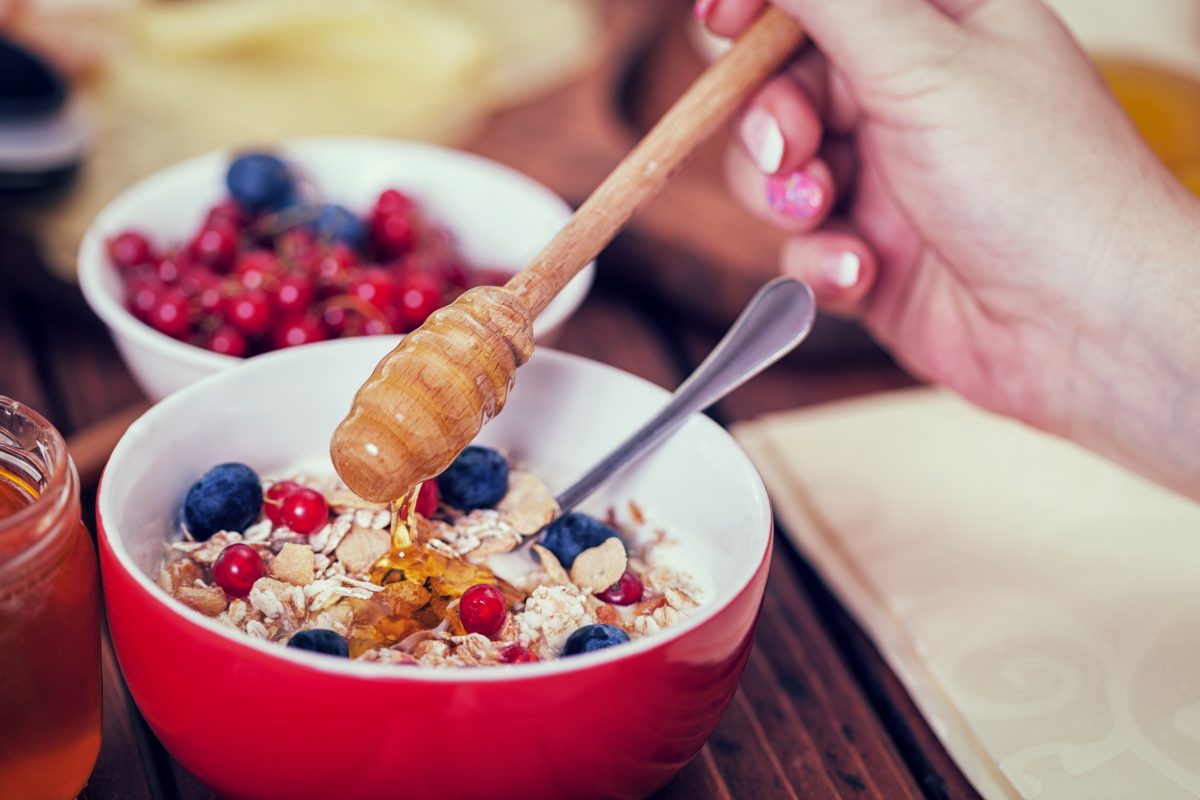 Oatmeal is a Functional Food

Some foods have far-reaching effects that go well beyond nutrition. Functional foods are minimally processed, fortified, or enriched. Research shows that these foods can also reduce the risk of a variety of chronic diseases. Oatmeal is a functional food because it helps control blood sugar and boosts fiber intake, both of which deter serious health complications. 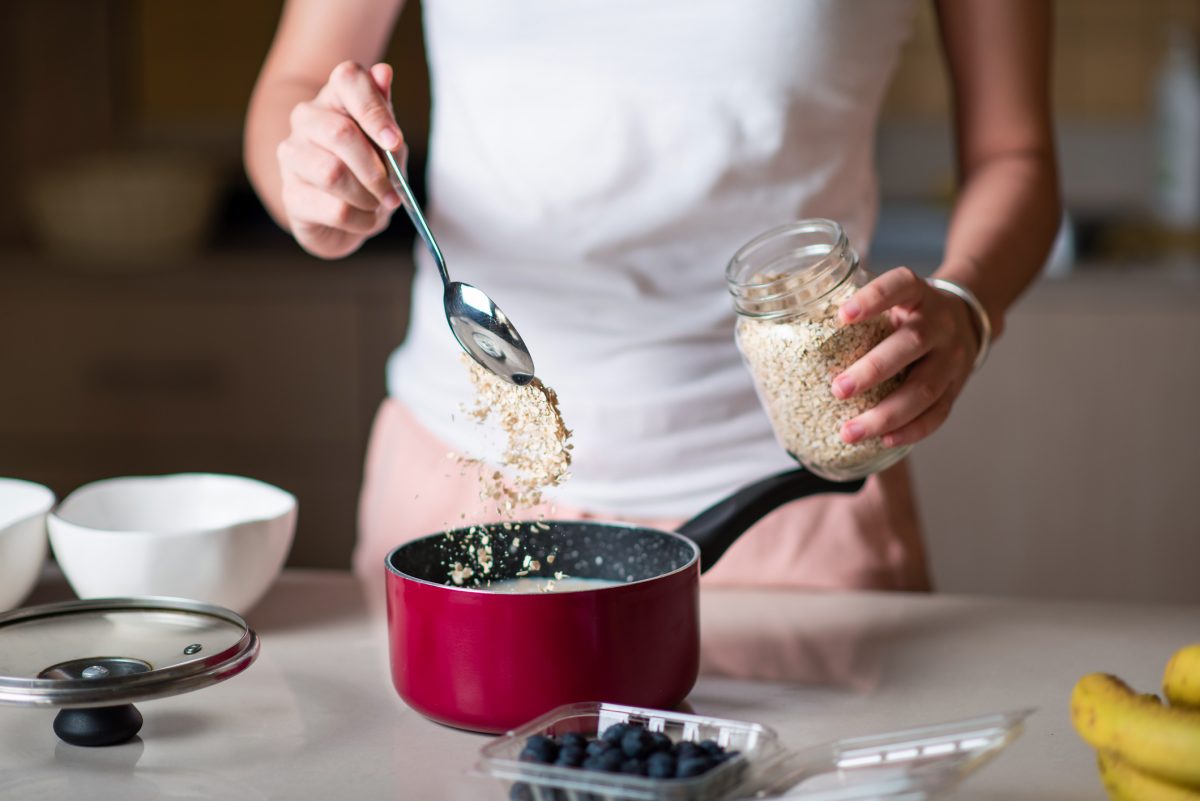 Inflammation may be the basis of a variety of diseases, including cancer, neurodegenerative brain disorders, diabetes, and cardiovascular disease. Oatmeal contains avenanthramides that reduce inflammation and improve overall cell function. These compounds are part of the oat plant’s response to environmental stressors; in humans, they act as antioxidants, reducing inflammation. 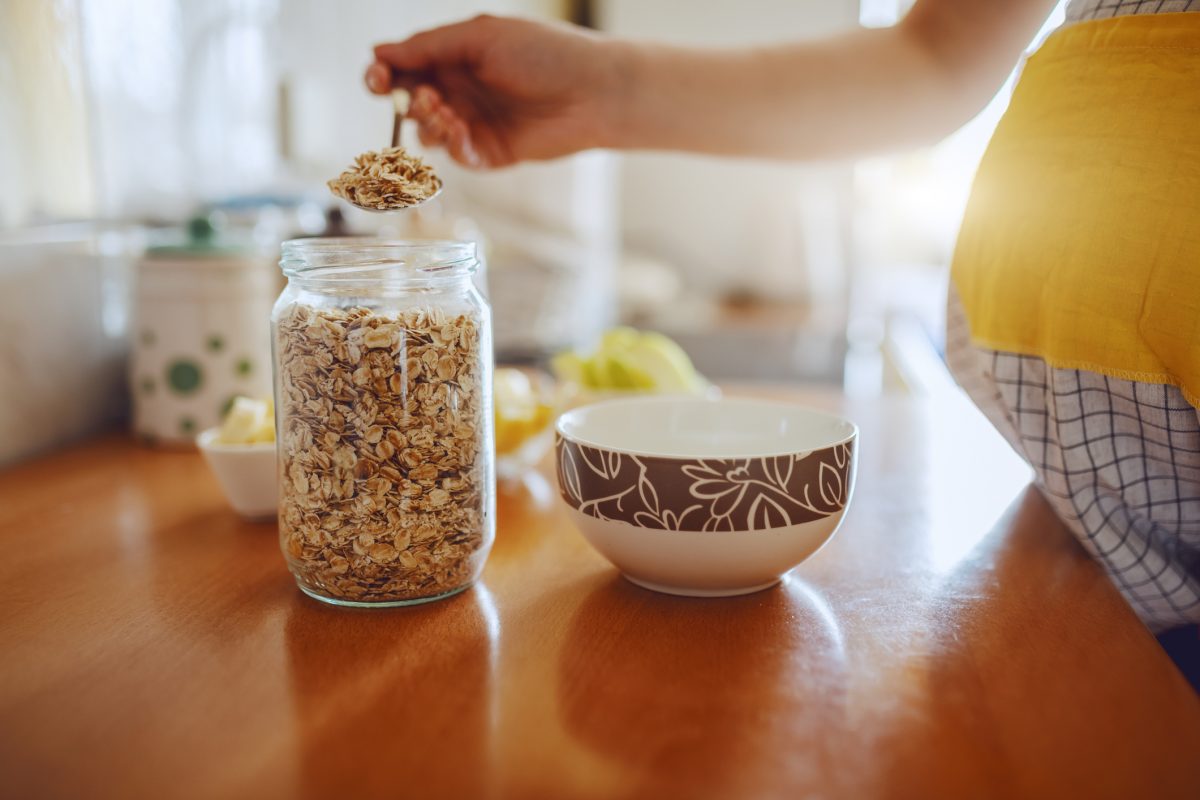 Beta-glucan offers benefits other than controlling cholesterol in the body. Oatmeal’s soluble, high-fiber content increases satiety and suppresses appetite. As it moves through the digestive system, the oatmeal turns into a gel-like substance that slows digestion and provides a feeling of fullness that lasts longer than foods with lower fiber content. 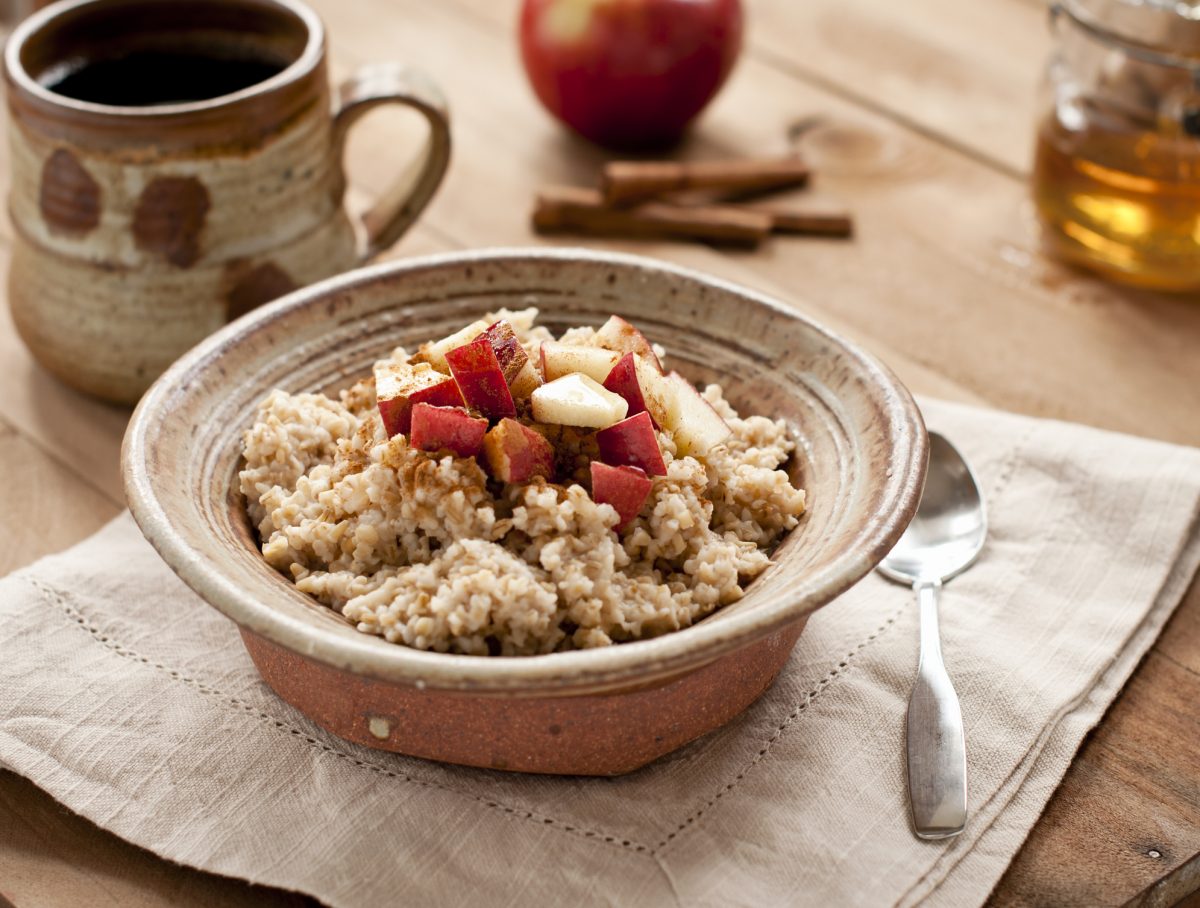 High-fiber diets that include oatmeal prevent constipation and bowel irregularity and make it easier to pass stools. The fiber in cereals such as wheat and oat bran is more effective than the fiber in fruits and vegetables. Oat fiber also increases the diversity of gut microbiota, which can improve a wide array of digestive issues from diarrhea to irritable bowel syndrome. 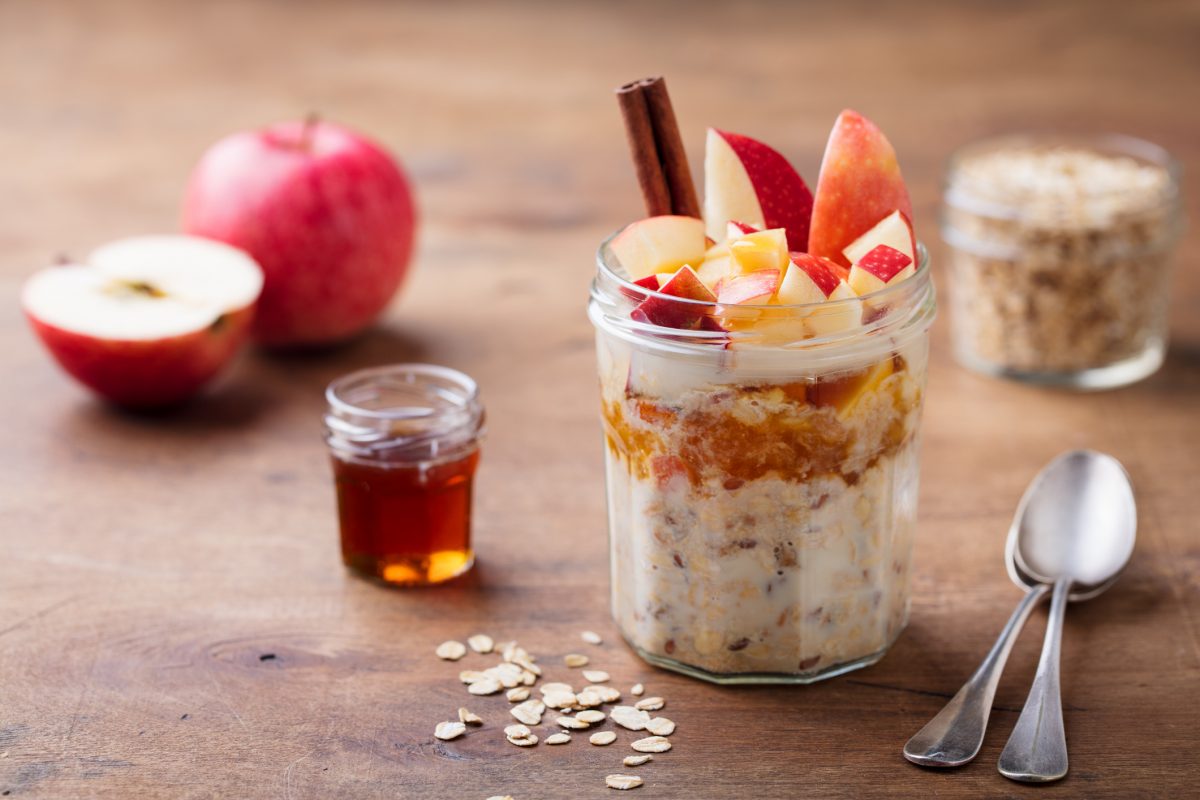 Research shows that beta-glucan in oatmeal does more than provide a nutritional boost. It also reduces the risk of upper respiratory tract infections (URTI). One study focused on endurance athletes and marathon runners, groups who are more prone to URTIs due to their intensive aerobic training. Researchers found that those who received beta-glucan not only experienced decreased URTI symptoms but showed overall health improvements, including fatigue reduction. 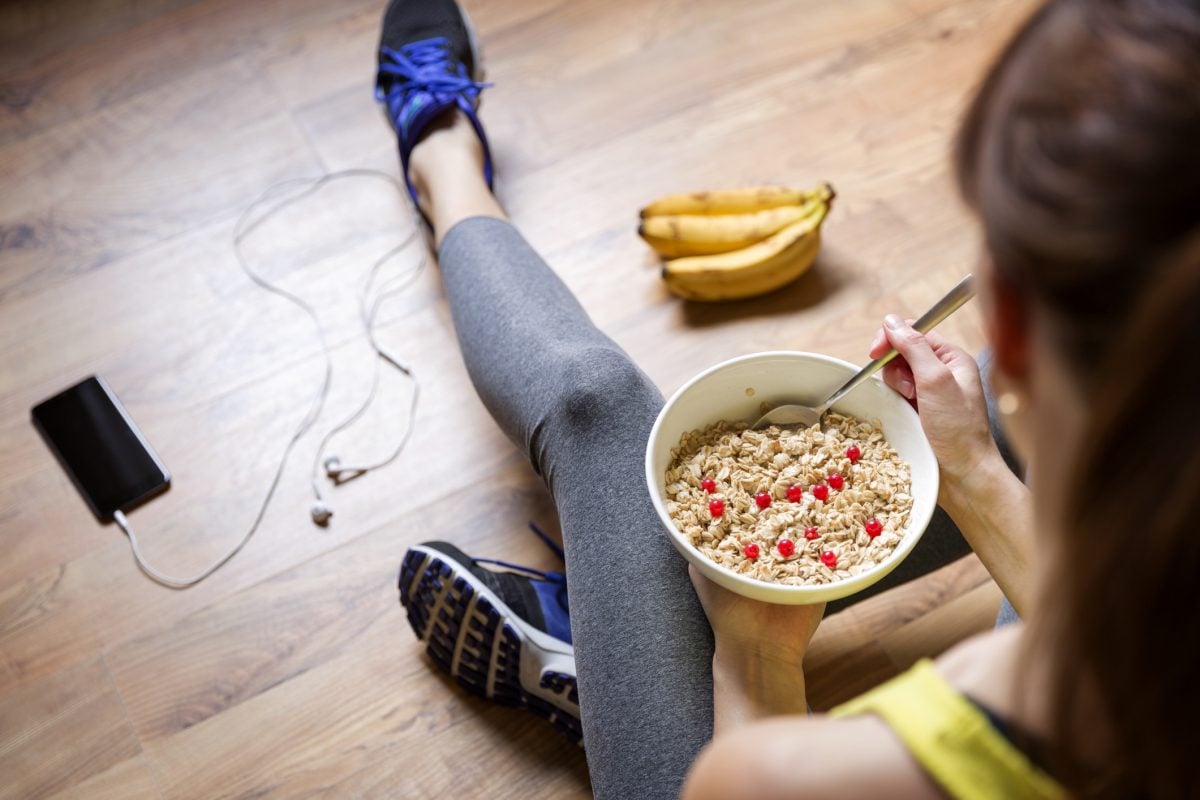 For centuries, people have used ground oatmeal to treat a variety of skin conditions, including eczema. Studies show combining colloidal, or ground, oatmeal extracts with a variety of solvents improves skin dryness, roughness, scaling, and itch intensity. Some people use oats in facial masks for smoother skin. In 2003, the Food and Drug Administration recognized colloidal oatmeal as a skin protectant. Allergic reactions are rare. 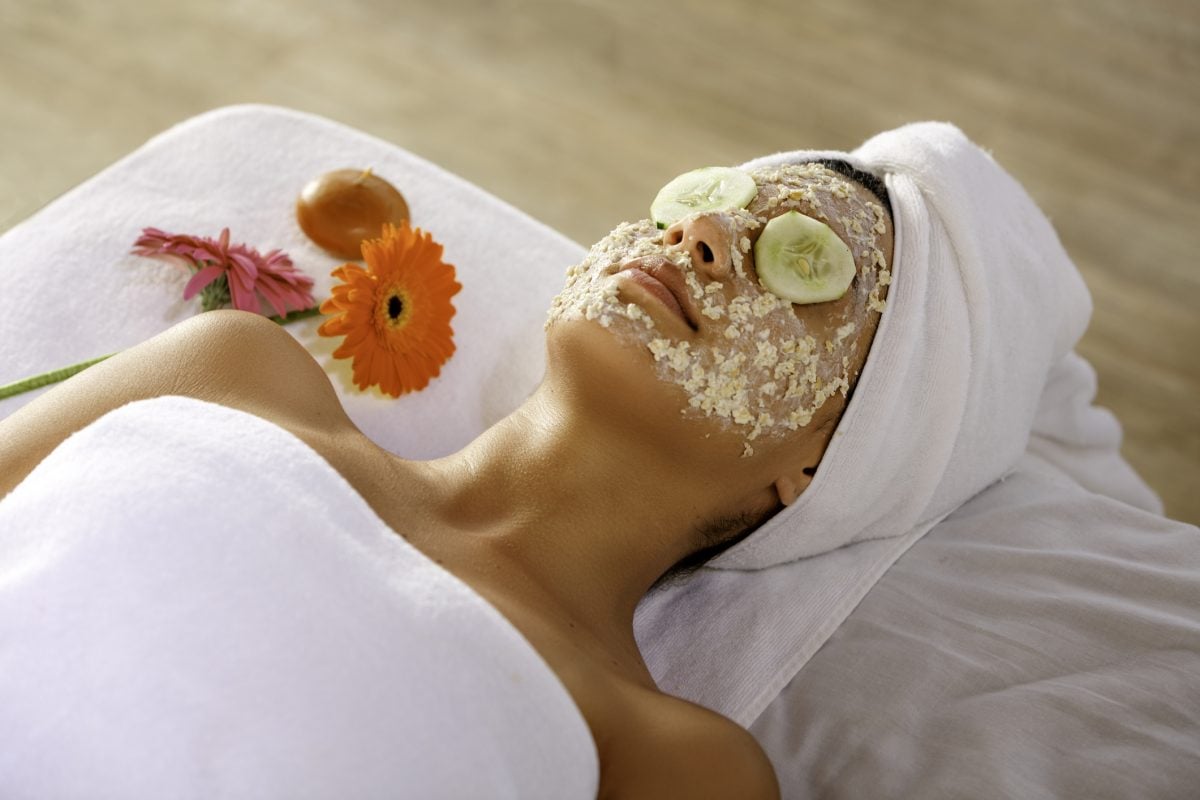 Who Should Avoid Oatmeal?

Some people with specific health issues such as celiac disease should avoid eating oatmeal. Although the FDA identifies oats as being gluten-free, having celiac disease means one is extremely sensitive to even trace amounts of the protein. Studies found that mills that process oatmeal may also process wheat, barley, or rye products that are not gluten-free, making the risk of cross-contamination high. There are certified gluten-free oats on the market, however. 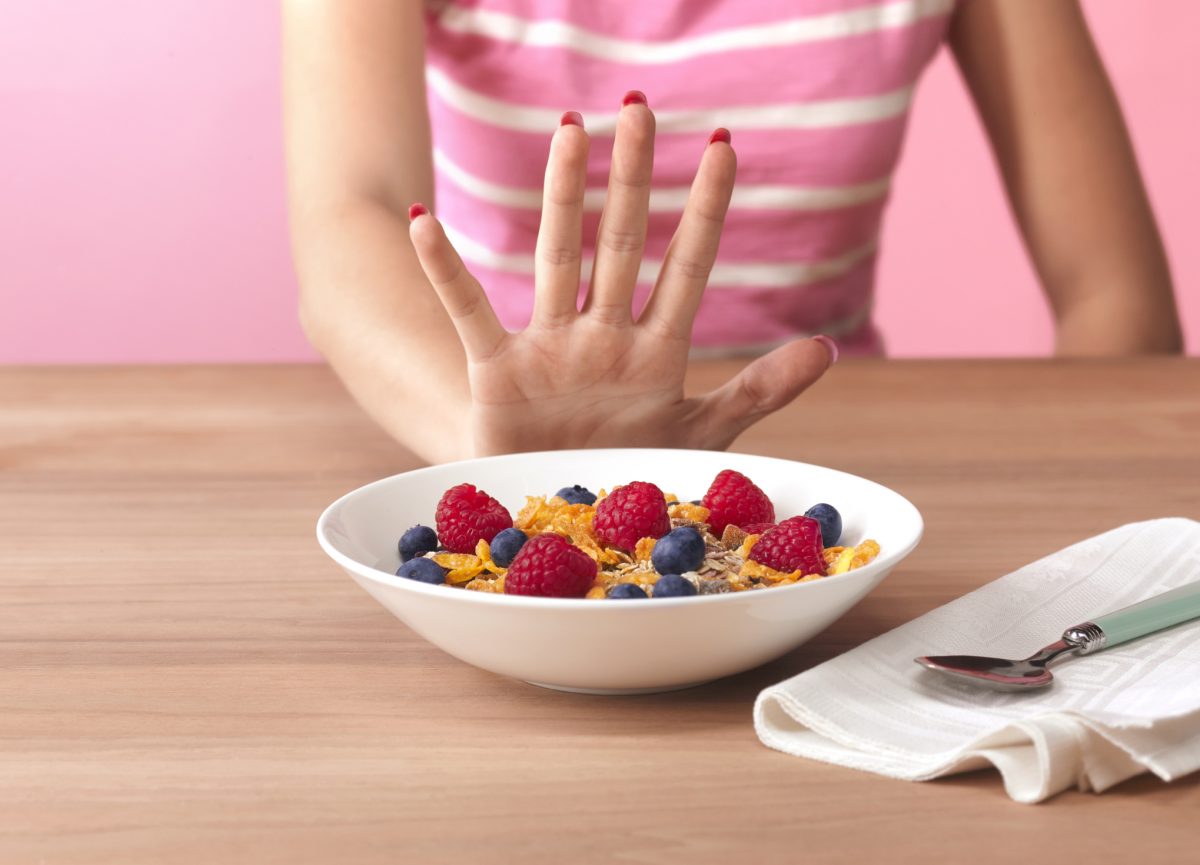