The Importance of Brushing Your Teeth

According to a 2016 international study, researchers found severe periodontal disease is the 11th most prevalent global disease. The World Health Organization says oral health is a key indicator of overall health, but questions around brushing have become topics of debate in the dental, medical, and online communities. The frequency of brushing, the best time to brush, and the ingredients that most effectively and safely combat plaque and decay are part of this discussion. However, most experts agree that you need to brush your teeth regularly to maintain oral health.

Most dentists tell their patients to brush twice a day for two minutes using a soft-bristled toothbrush. We're encouraged to clean the chewing, outer, and inner surfaces of the teeth. These recommendations are based on information from the American Dental Association (ADA), the oldest and largest organization representing the dental profession. Dental professionals recommend replacing your toothbrush every three to four months -- frayed bristles become less effective at removing food particles and plaque. The recommended technique for brushing is to place the brush at a 45-degree angle and brush back and forth using short strokes. 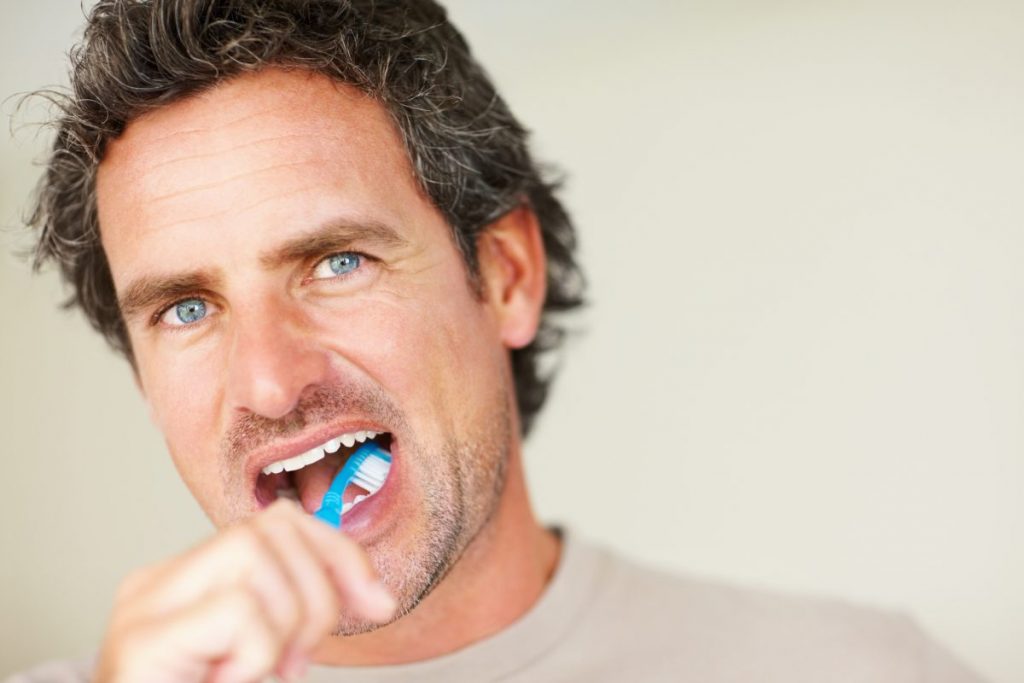 Effects of Not Brushing Your Teeth

The human mouth carries about 700 different strains of bacteria. Although most are harmless, two of them, Streptococcus mutans and Porphyromonas gingivalis, can cause health issues including gum disease and enamel erosion by producing acids that eat away at the tooth enamel, leading to holes or cavities. Brushing helps remove these bacteria and reduce their harmful effects. Plaque can also form on the teeth. This colorless, sticky film that forms consists of bacteria and sugars. Because it is sticky, it stays on the teeth until brushing removes it. 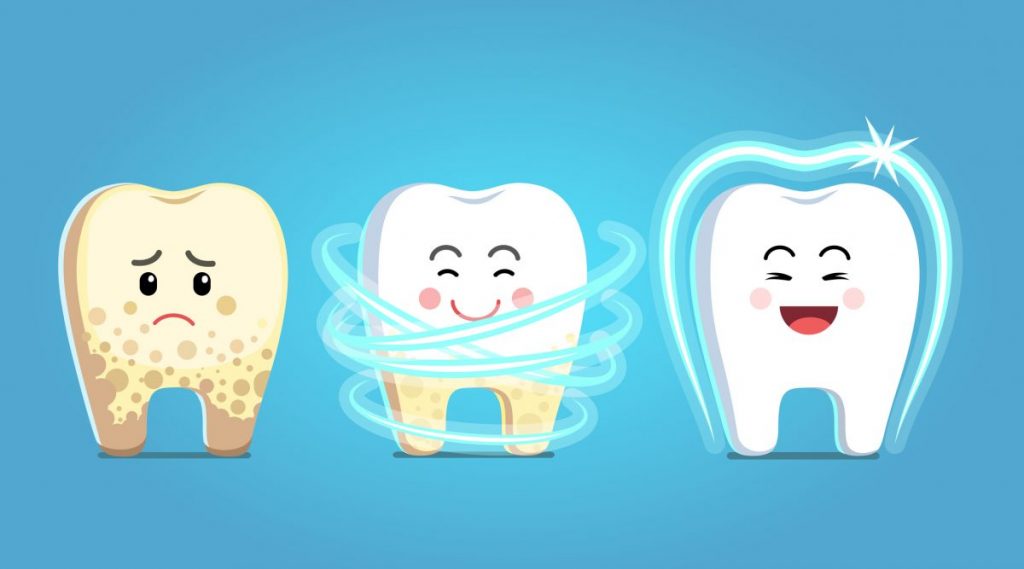 Most medical and dental professionals agree that poor dental hygiene can lead to periodontal disease, which could cause illnesses and infections that ultimately affect the heart. 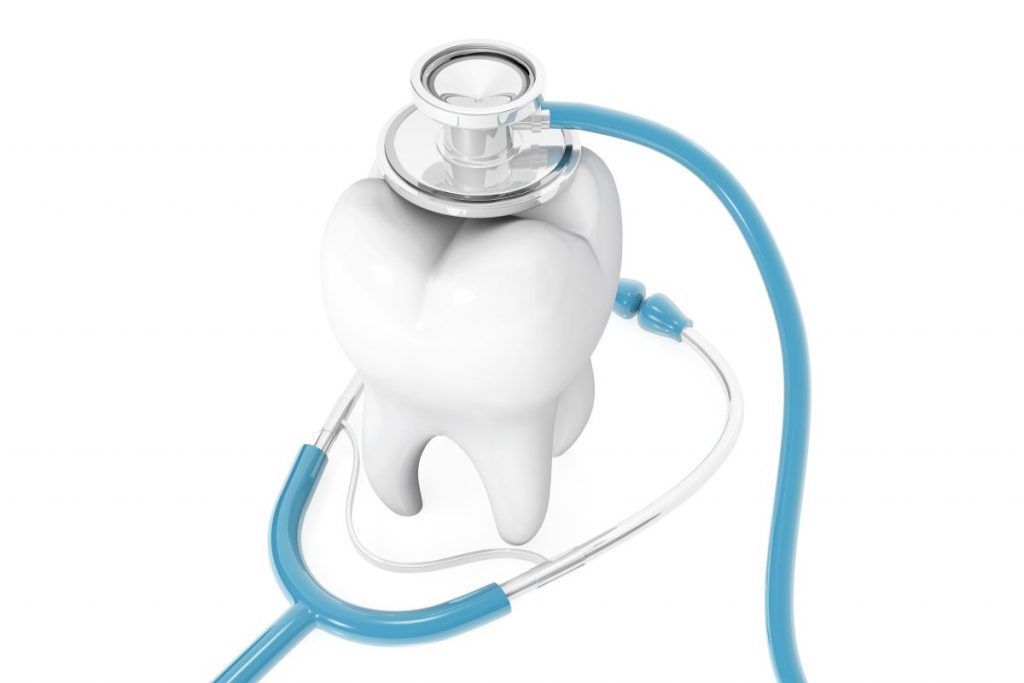 Other Conditions Affected by Dental Health

People with diabetes are more likely to develop periodontal infections because diabetes lowers the body’s ability to fight off infections. Additionally, gum disease occurs more frequently among those with diabetes. Studies show that periodontal disease is linked to poor blood sugar level control. Some research also shows that osteoporosis, a disease that causes a weakening of the bones, may have a link to poor dental care and periodontal disease, which can also result in tooth loss. Researchers have also linked head and neck cancers, pneumonia, eating disorders, and immune system disorders to diminished oral health. 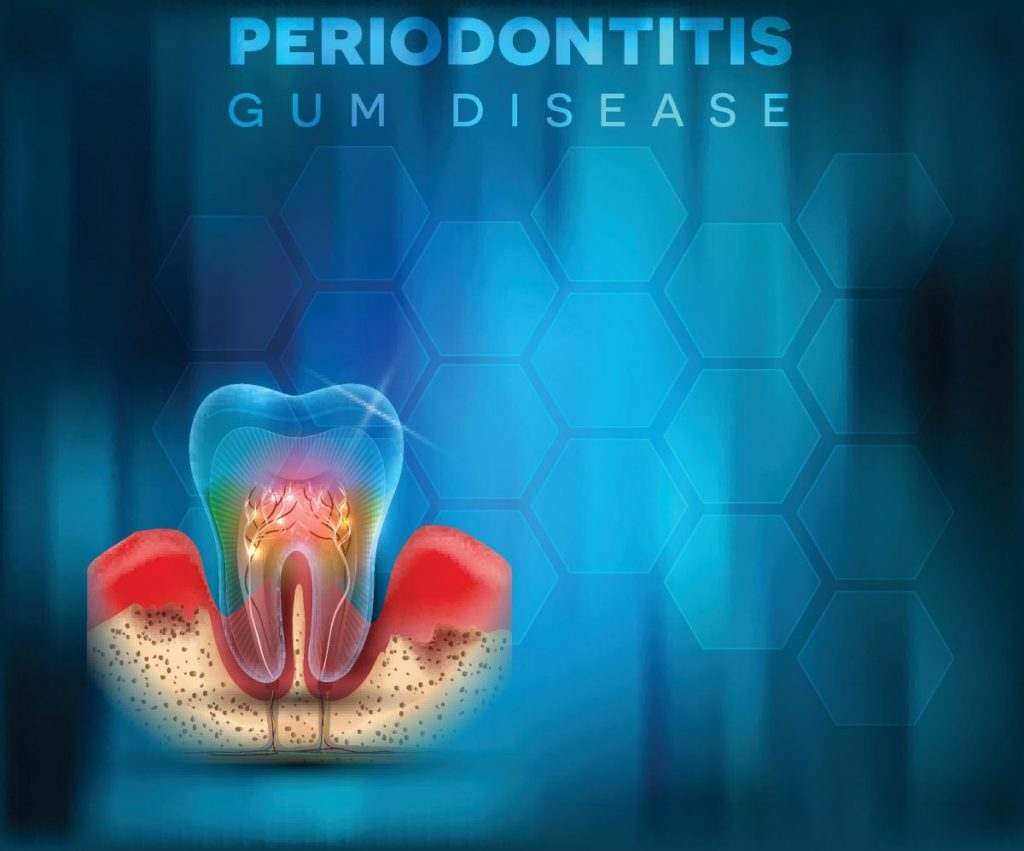 Brushing too soon after consuming foods with high acid levels can actually remove small particles of tooth enamel, causing further weakening of the teeth. Dental professionals recommend waiting at least an hour to brush after eating these types of foods. Another negative effect caused by brushing is to brush too vigorously, causing “toothbrush abrasion.” This type of over-brushing can wear down tooth enamel and cause receding gums. Although there has been some speculation that the practice of toothbrushing damages the teeth, a study published in the International Dental Journal states there is no evidence to support that claim. However, toothbrushing may cause gingival abrasions in some individuals. 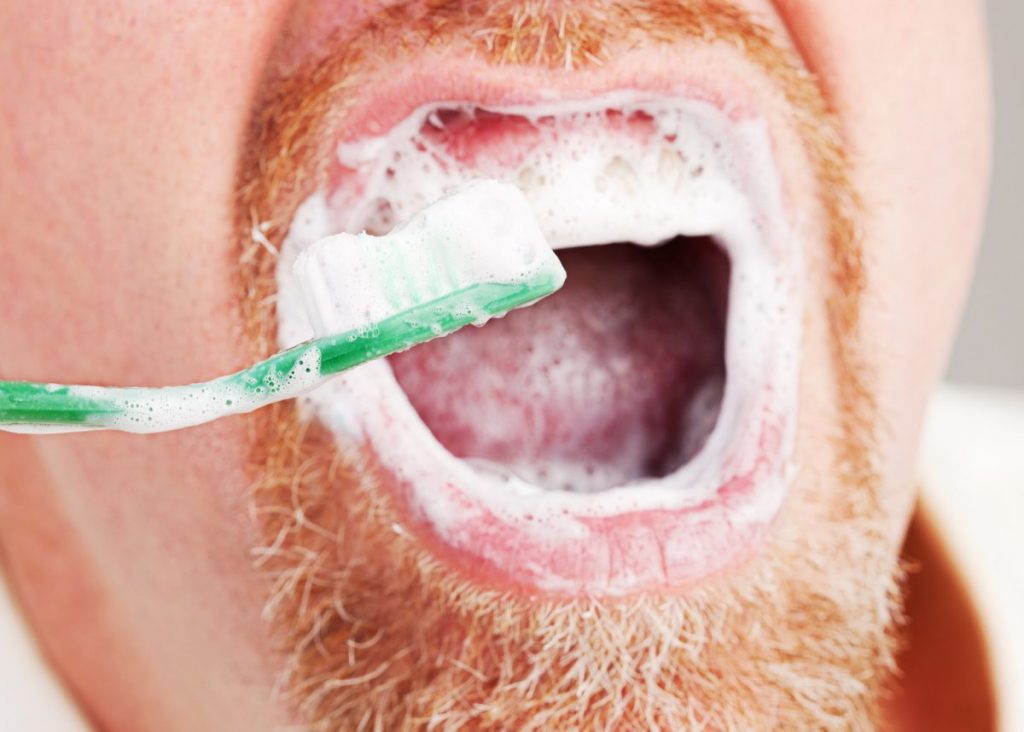 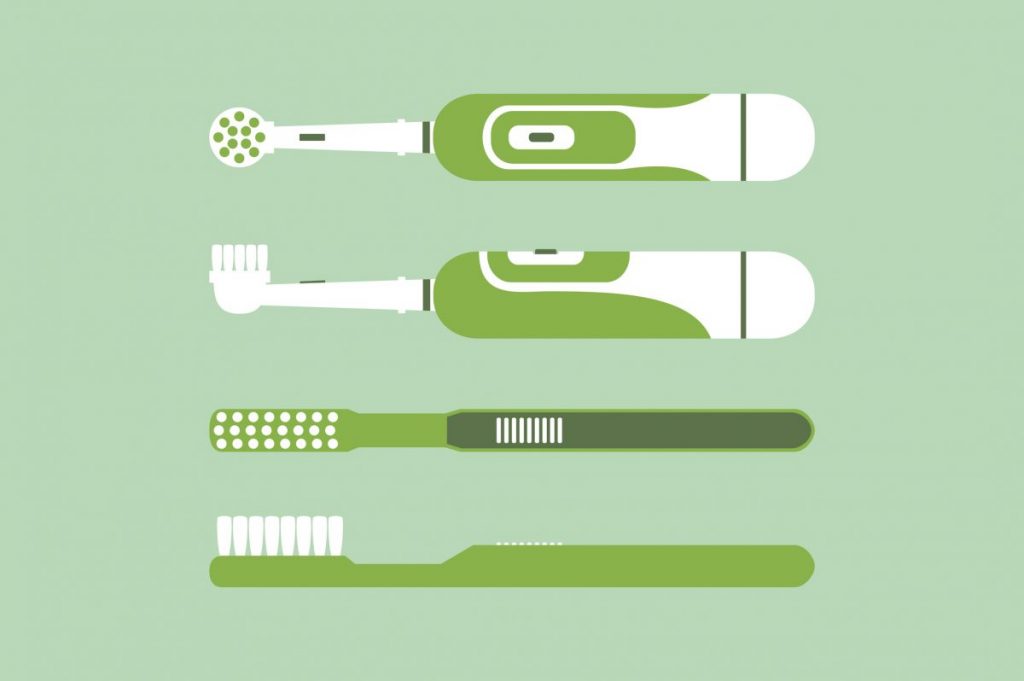 Dental professionals recommend using a pea-sized amount of toothpaste with at least 1000 parts per million of fluoride. Using an ADA-accepted toothpaste is a recommended part of a healthy dental routine. Most whitening toothpaste contains only a small amount of whitening ingredients and is unlikely to improve the whiteness of your teeth within a short amount of time. However, extended use of a whitening toothpaste could cause sensitivity. Some toothpaste contains ingredients that can lead to irritation or allergic reactions, but these cases are rare. Tubes of toothpaste with essential oils such as spearmint, cinnamon, or peppermint can cause perioral contact dermatitis or cheilitis, an inflammation of the lips. 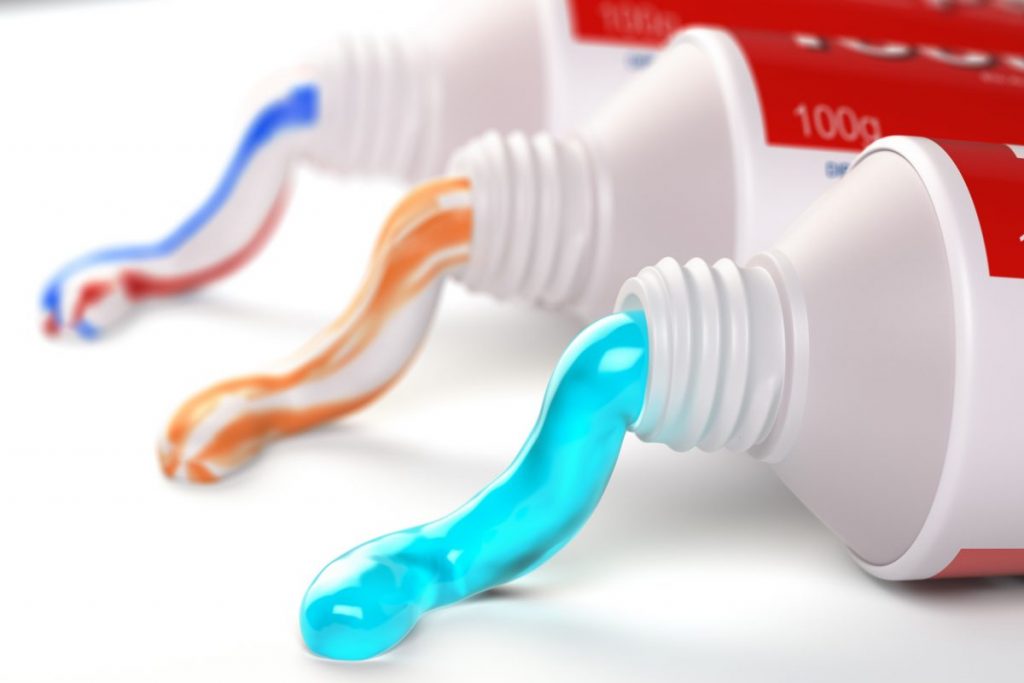 Toothpaste With or Without Fluoride?

Fluoride helps restore enamel that hasn’t decayed, according to the ADA. Although the ADA recommends brushing the teeth with fluoride toothpaste, there are those who hold differing opinions. The fluoride found in toothpaste reduces the demineralization process, which is the first stage of tooth decay. However, children who ingest too much fluoride toothpaste can develop fluorosis, white or dark spots on the teeth. Natural toothpaste does not offer the same protection against decay as fluoridated toothpaste, however. Some studies suggest using coconut oil to create an effective toothpaste without using fluoride. Coconut fat consists of medium-chain triglycerides, specifically lauric acid, which is especially effective at killing Streptococcus mutans, the leading cause of tooth decay. 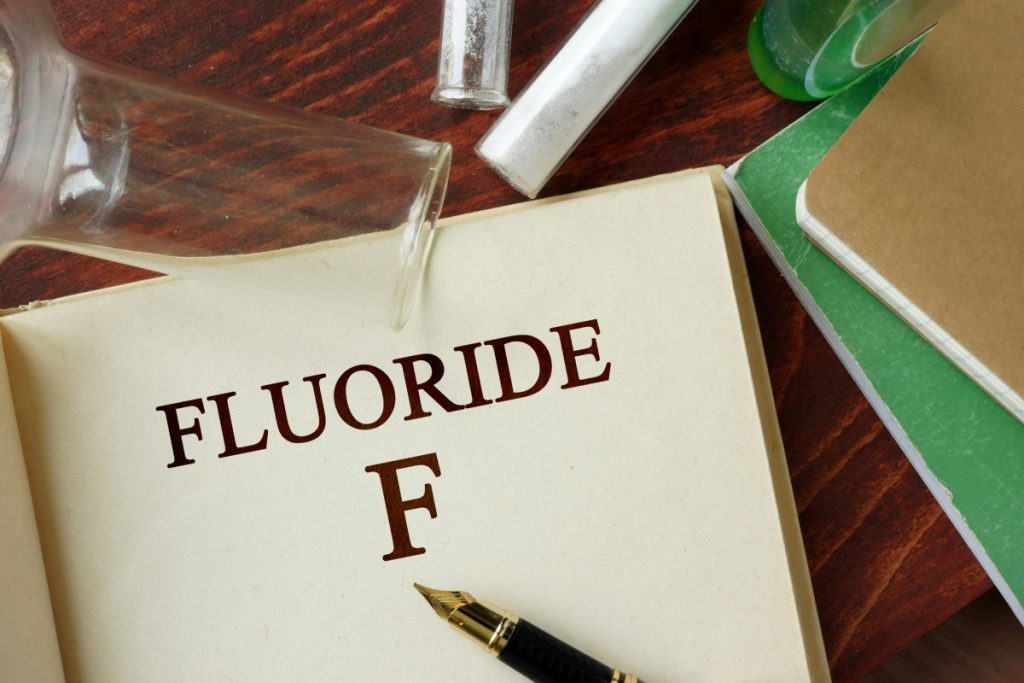 Rinsing vs. Not Rinsing

Although it is common practice for most people to rinse the mouth out after brushing, this could work against the protective properties provided by the fluoride in toothpaste. Rinsing washes away the fluoride, preventing the gums and teeth from absorbing it. Dental professionals suggest not rinsing after brushing to allow the fluoride to remineralize the teeth. They also advise not eating or drinking until about 30 minutes after brushing. Brushing just before bedtime makes it easier to stick to that guideline. 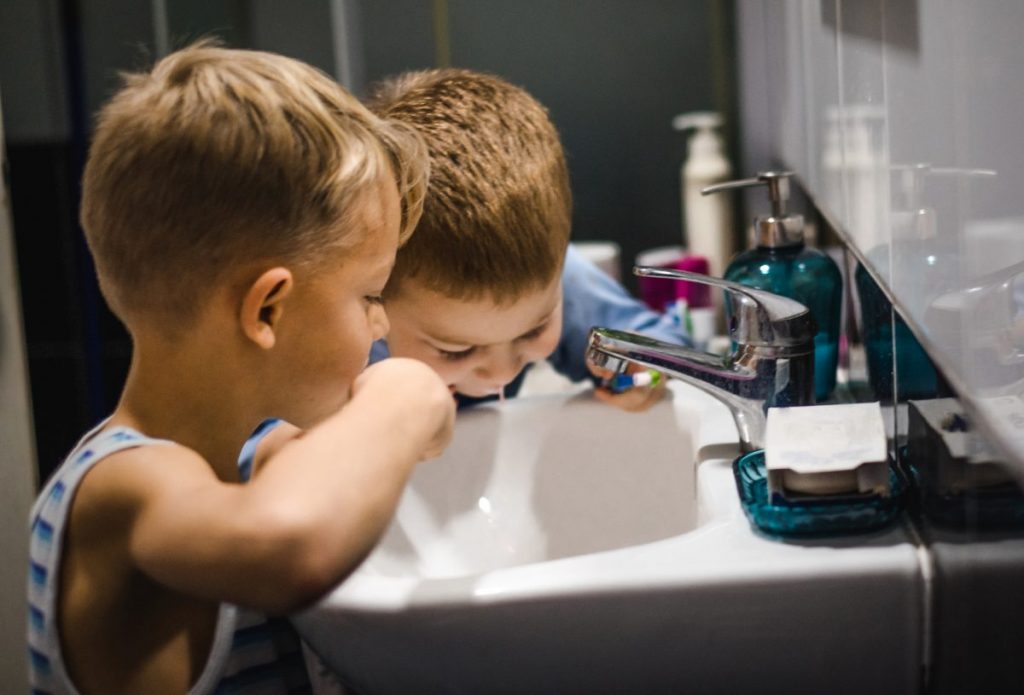 Some people have sensitive teeth from worn-down tooth enamel or exposed tooth roots. Tooth decay, cracks in the teeth, old fillings, or gum disease are other possible causes. Some over-the-counter toothpastes are designed for people with this issue, and extra soft-bristled brushes are also a good option. If these changes do not provide relief, a dentist can offer a prescription-level desensitizing toothpaste and fluoride treatments to strengthen tooth enamel. 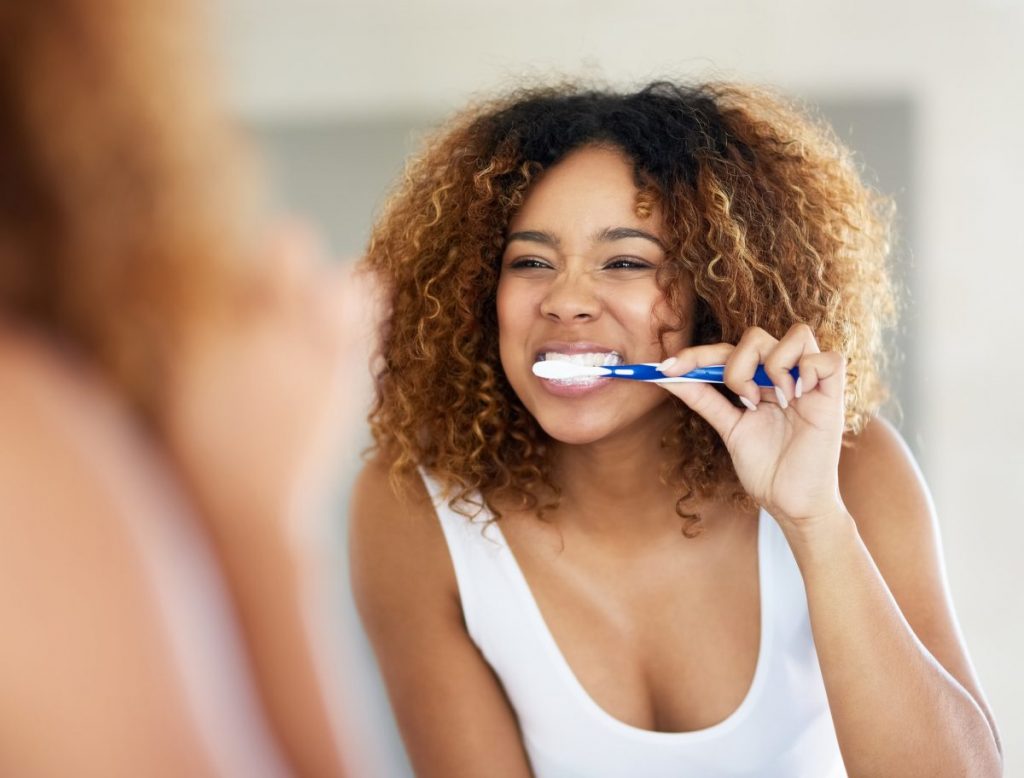