The History, Evolution, and Benefits of T'ai Chi Ch'uan

T’ai chi ch’uan, or tai chi for short, is a Chinese martial art with roots in Taoist, Confucian, and Buddhist beliefs. Modern-day tai chi has many styles and forms, though there are only five orthodox styles. People around the world practice tai chi for many reasons. Some practitioners use it to improve their health, while others use it in competitive formats or exhibitions. Unlike many other martial arts, several styles of tai chi are low impact and put little strain on the muscles. This, along with tai chi’s purported health benefits, has made the martial art popular among older adults.

The English transcriptions of the original Chinese characters can be t’ai chi ch’uan or taijiquan, though most professionals use the latter. Its name is a reference to taiji, a complex Chinese principle that focuses on the “supreme ultimate” state from which all existence flows. Movement and activity create yang. When the movement reaches its limit, it calms. This tranquility creates yin. When the calm reaches its limit, it becomes movement. This cycle of yin and yang represents the observable duality of existence. It is also a central principle in the practice of tai chi. 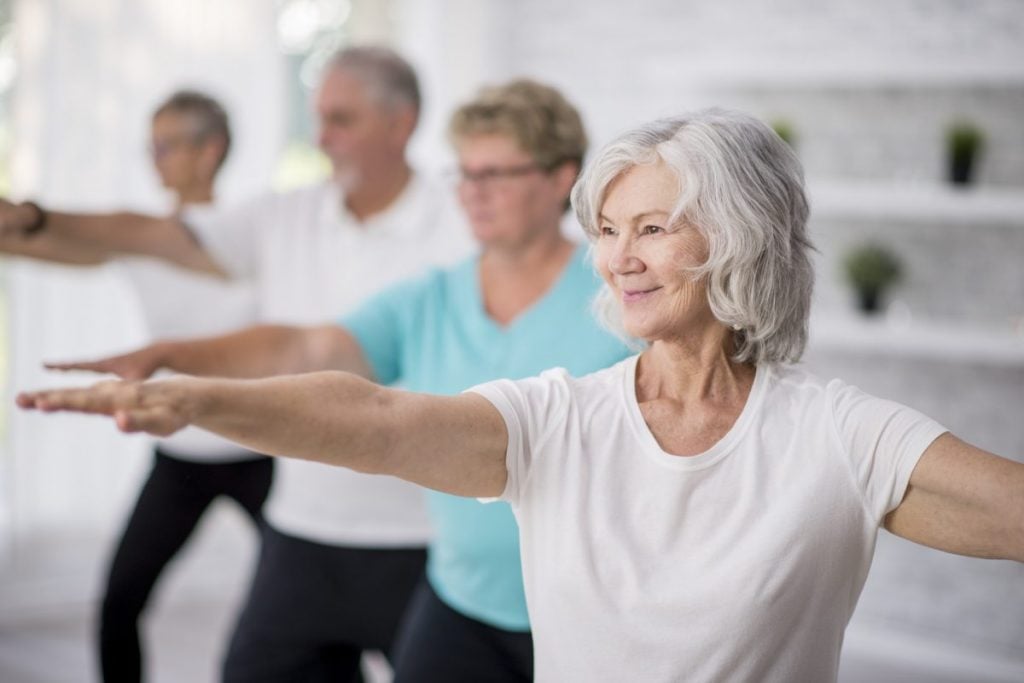 Tai chi has a number of forms, many of which focus on slow, calm movements. The solo forms emphasize a straight spine and a natural range of motion along with abdominal breathing. Tuishou or "pushing hands" teaches the movement principles of tai chi in a practical manner, with a partner. These movements echo the internal philosophy of tai chi, which states that if a person uses hardness to resist violent force, then both parties will take damage. However, if a person meets the violence with softness, similar to the meeting of yin and yang, then a person can fight without injury. In many cases, this philosophy extends beyond combat to the practitioner's life itself. 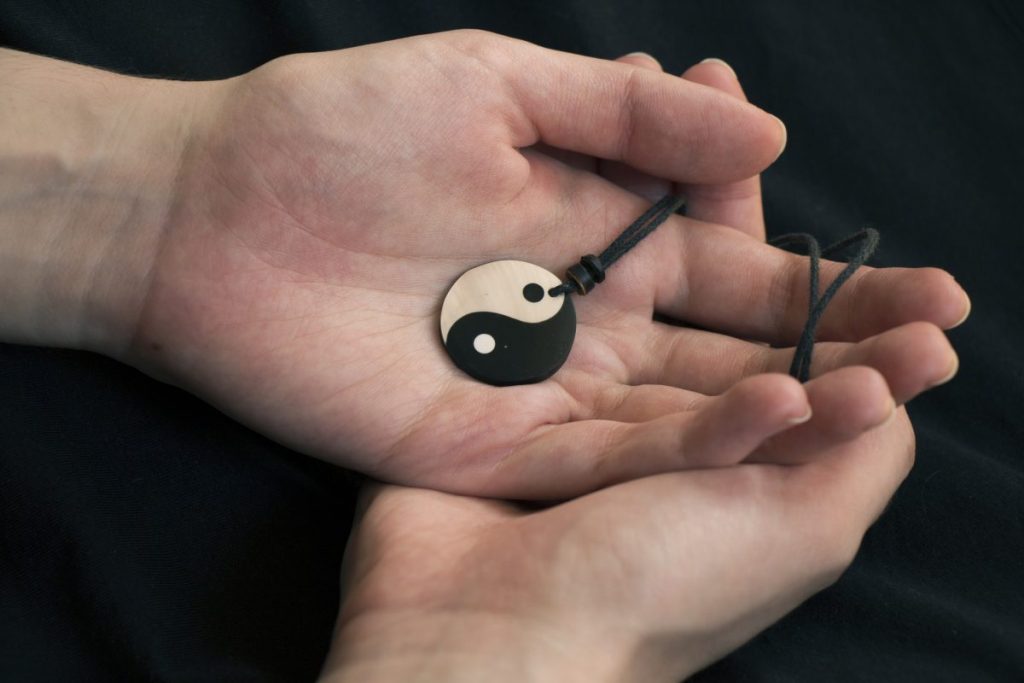 It is difficult for historians to pinpoint the exact moment of tai chi’s creation. The majority of its early origins in Taoist and Buddhist monasteries exist only in legend. Some traditional schools claim a Taoist monk named Zhang Sanfeng created the martial art in the 12th century using Neo-Confucian principles, a fusion of Taoist, Buddhist, and Confucian traditions. However, some historians doubt this as the only historical connection between Zhang Sanfeng and tai chi is a piece of 17th-century writing that may instead be a political metaphor. 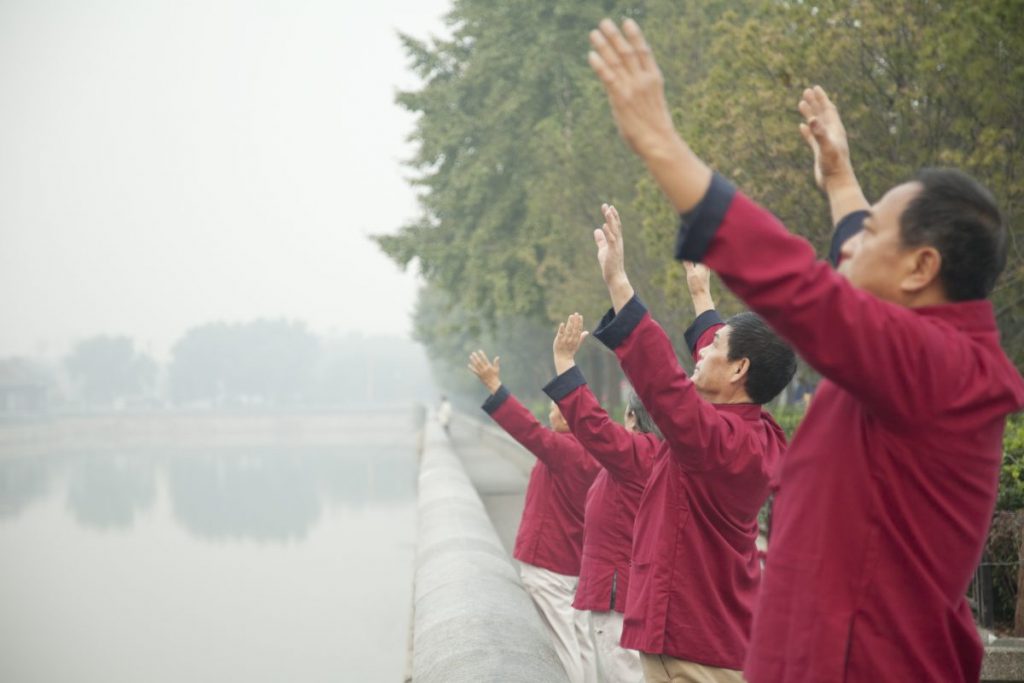 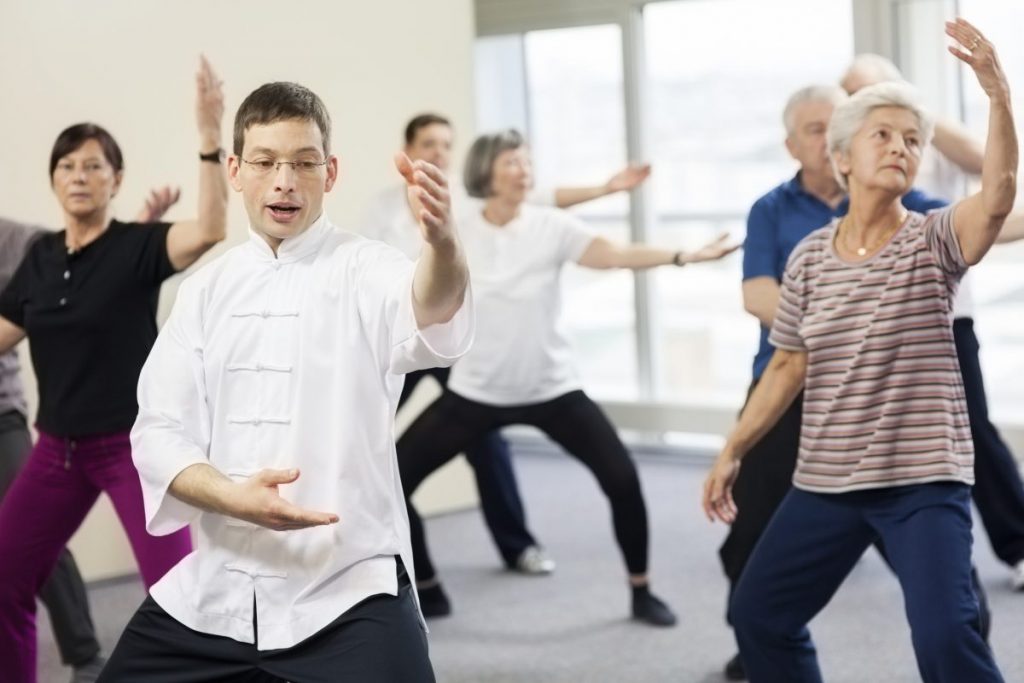 Many Chinese tai chi masters and practitioners left China in the early 20th century. They began to spread their martial art around the world. Choy Hok Pang may have been the first person to teach tai chi in the United States. He began teaching in the U.S. in 1939. His son moved from Hong Kong to San Francisco and also began to teach the martial art around 1945. After the Chinese Civil War ended in 1949, the Chinese government created a sports committee which used the Yang style of tai chi to develop a simpler martial art for competitive use. They later updated this style and adopted other styles that are now competition-legal. 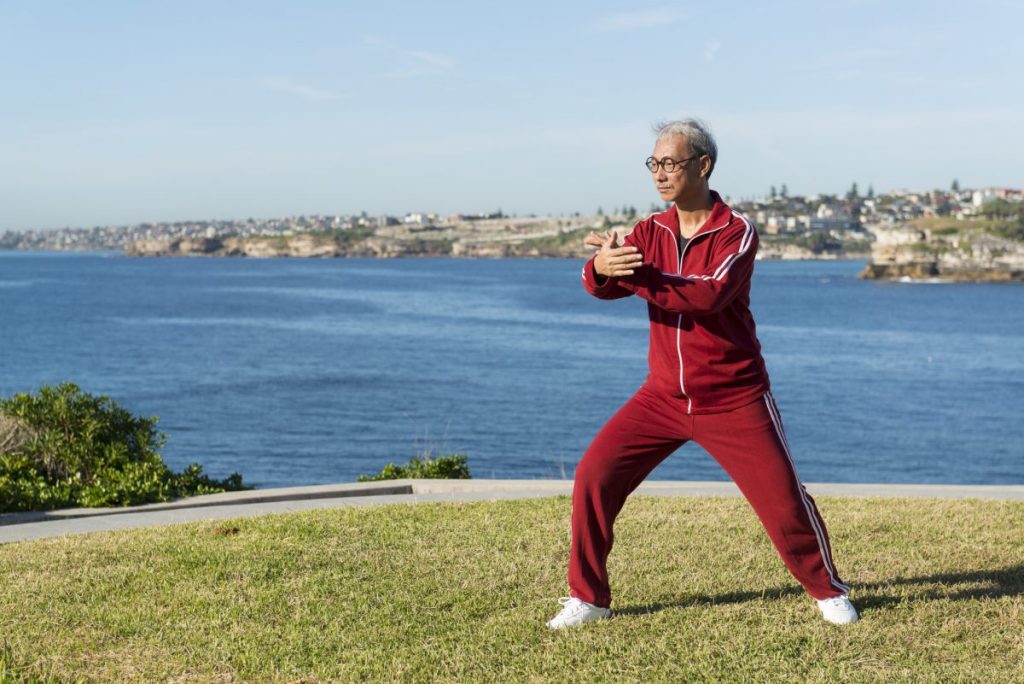 The Chen family art is one of the five orthodox styles of tai chi. The others are the Yang style, Wu Hao style, Wu style, and Sun style. Now there are many new, hybrid, and derivative styles of tai chi. The vast majority of these styles are offshoots of the Chen style. Many of these focus on strengthening or promoting particular aspects of the orthodox styles. The more popular modern styles are typically meant for use in competitions or to accentuate the health benefits of tai chi. 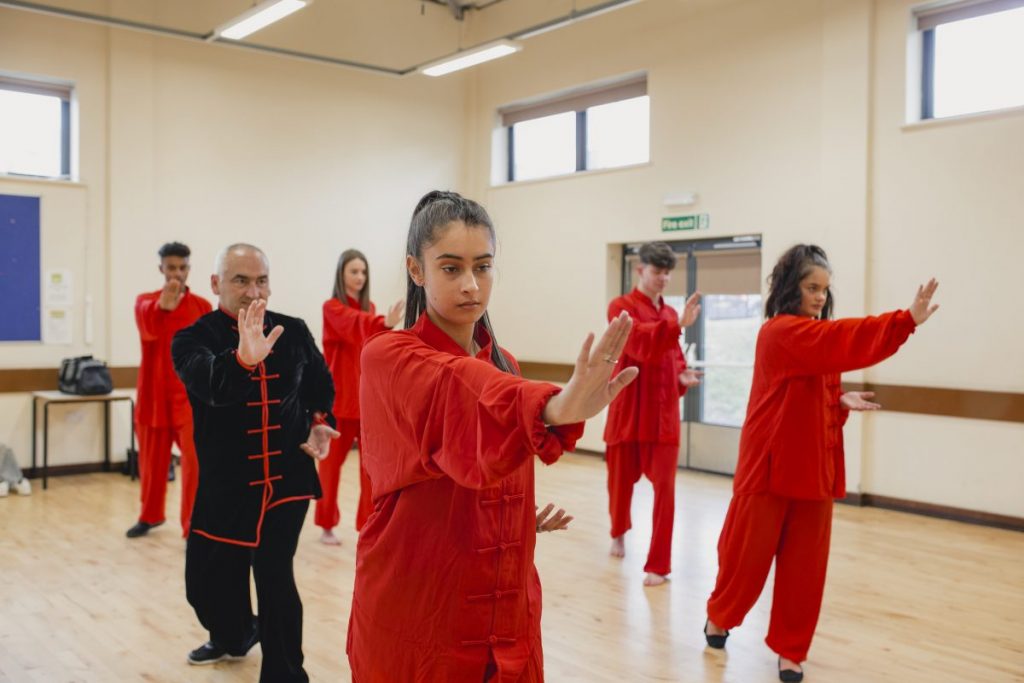 Many people believe tai chi has inherent healing effects and medical benefits. For centuries, there was a significant lack of evidence to support these beliefs. However, in past years, many researchers have attempted to discover the exact benefits of tai chi. Some studies show there is no conclusive evidence tai chi can alleviate issues such as diabetes, cancer, or arthritis. Yet, while tai chi may not be a miracle martial art, more recent studies show it does positively affect balance, breathing, and stress. Most of these benefits exist because of tai chi’s slow, focused movements and deep breathing exercises. 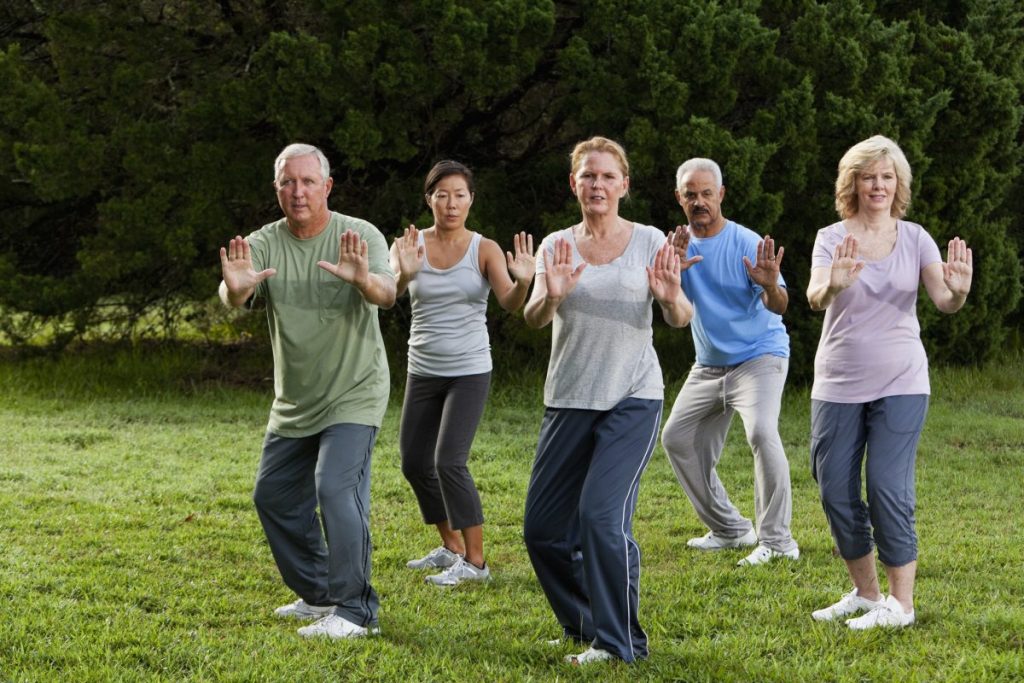 Tai Chi’s Impact on the Body

A 2008 study attempted to measure the heart rate and oxygen intake of men and women performing the Yang style of tai chi. The researchers found tai chi was a workout of moderate intensity despite its graceful movements. The exercise intensity was also similar across ages and sexes, which means the exercise is appropriate for everyone. Additionally, because tai chi has many solo forms, there is rarely a risk of injury or damage. These factors make tai chi one of the most accessible martial arts and partially explain its popularity around the world. 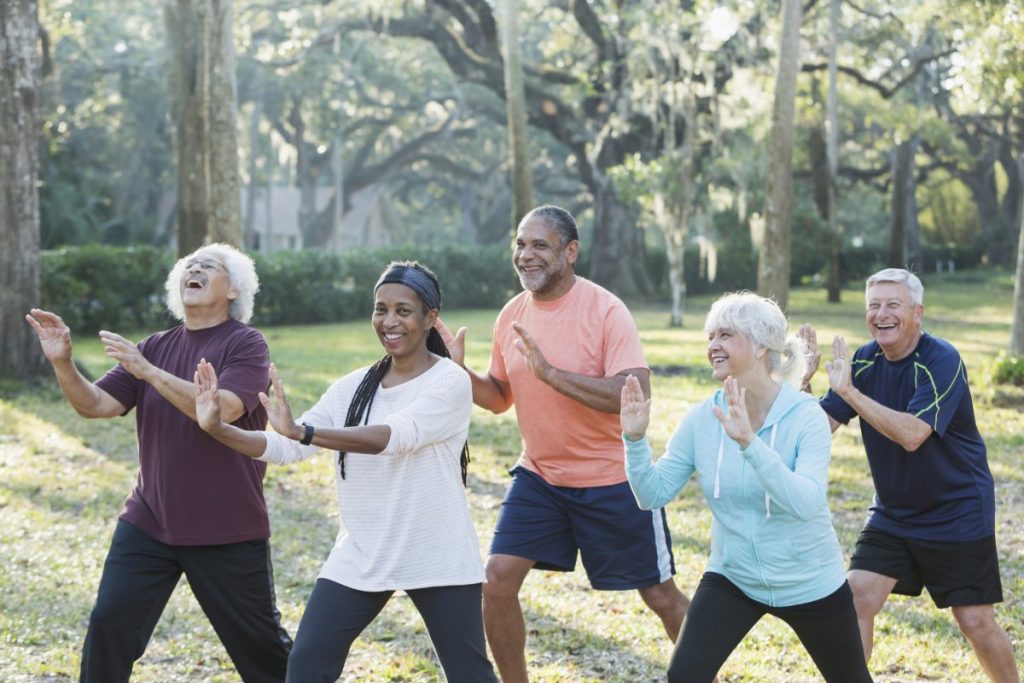 Originally, seated tai chi was a style that practitioners could use for self-defense. Now, it is essentially a form of meditation with movement. The gentle, flowing movements allow older adults or individuals with injuries to exercise without straining their bodies. Many medical professionals have begun to integrate seated tai chi into their rehabilitation programs. Though this style does not typically improve balance, it does improve breathing, blood pressure levels, flexibility, and general muscle strength. The meditative aspects can also significantly reduce stress. 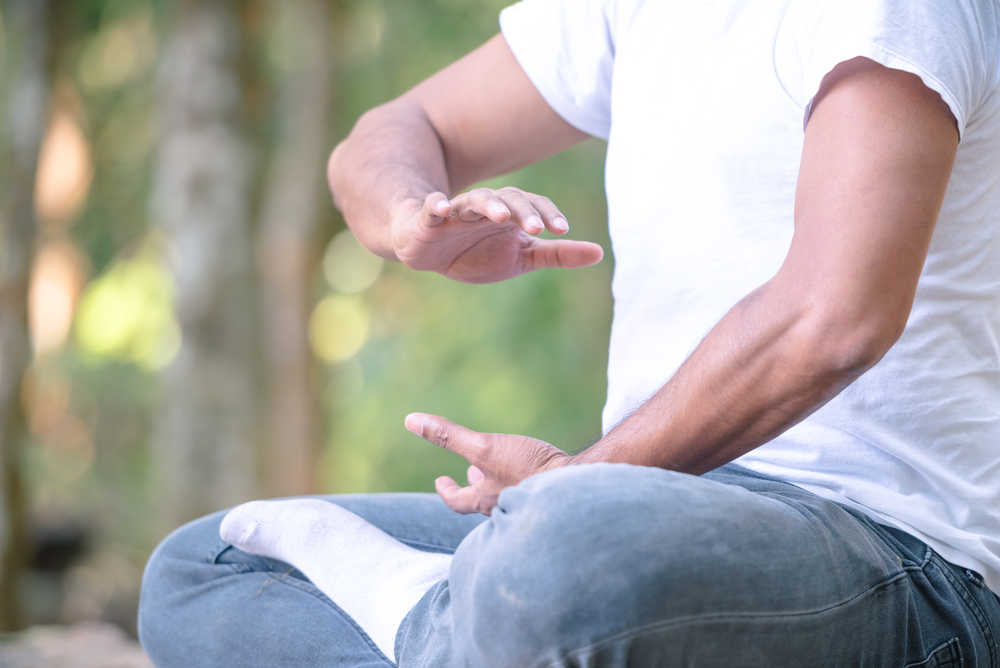 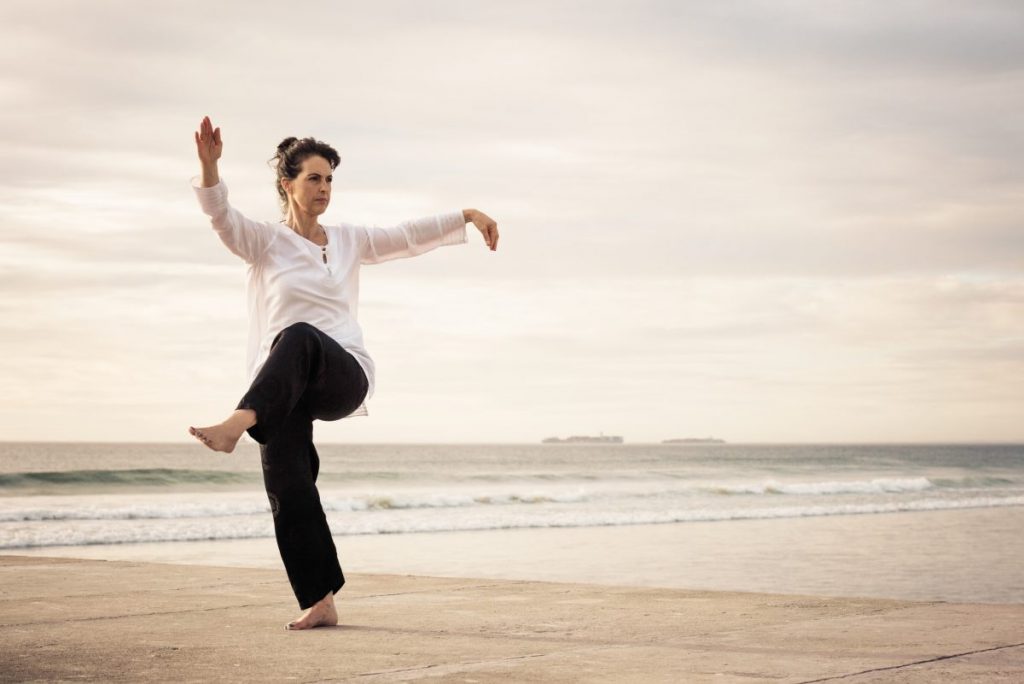