The Healing Benefits of Yoga Nidra

Yoga nidra is an ancient style of yoga that helps the practitioner achieve a state of mind between wake and sleep. This state is similar to lucid dreaming and is often called yogic sleep. Yoga nidra is similar to meditation, yet different from other forms of yoga. The practice originated in India from the Hindu and Buddhist traditions; some yoga teachers end regular yoga classes with yoga nidra, during the practice of savasana. Currently, yoga nidra has become a popular practice on its own because of its many healing benefits. Classes are offered at yoga studios, and many online sources exist as well.

Who should practice yoga nidra?

Anyone can practice yoga nidra. Physically speaking, it is the easiest form of yoga and can be done by people of all ages and abilities. It is especially beneficial for those experiencing physical or mental health issues, though even people in good health will benefit, experiencing improvements in general well-being, quality of sleep and stress levels. 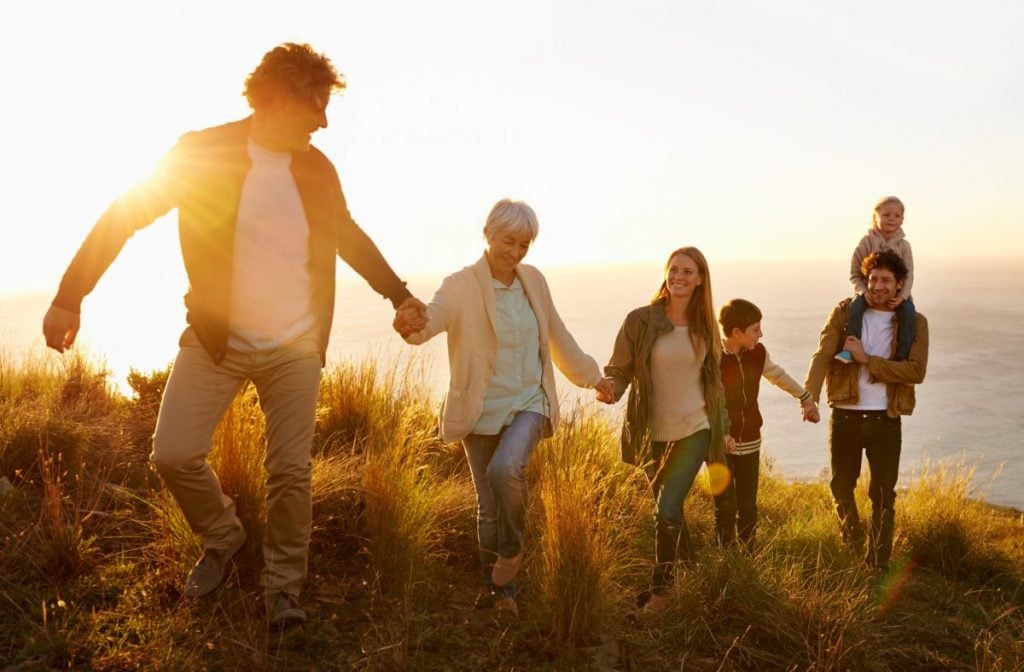 How do you practice yoga nidra?

You can practice yoga nidra by simply lying down, preferably on a mat. You can use blankets and pillows to get yourself more comfortable, especially if you have neck or back problems. Start taking slow breaths and bring your attention to your breath and body. Bring awareness to your legs, slowly moving up each leg, scanning and sensing for tension. As you sense your body, slowly release the tension. Repeat the process with all limbs ending with your neck and head. The healing benefits of yoga nidra come when it's done slowly without rushing or forcing it. 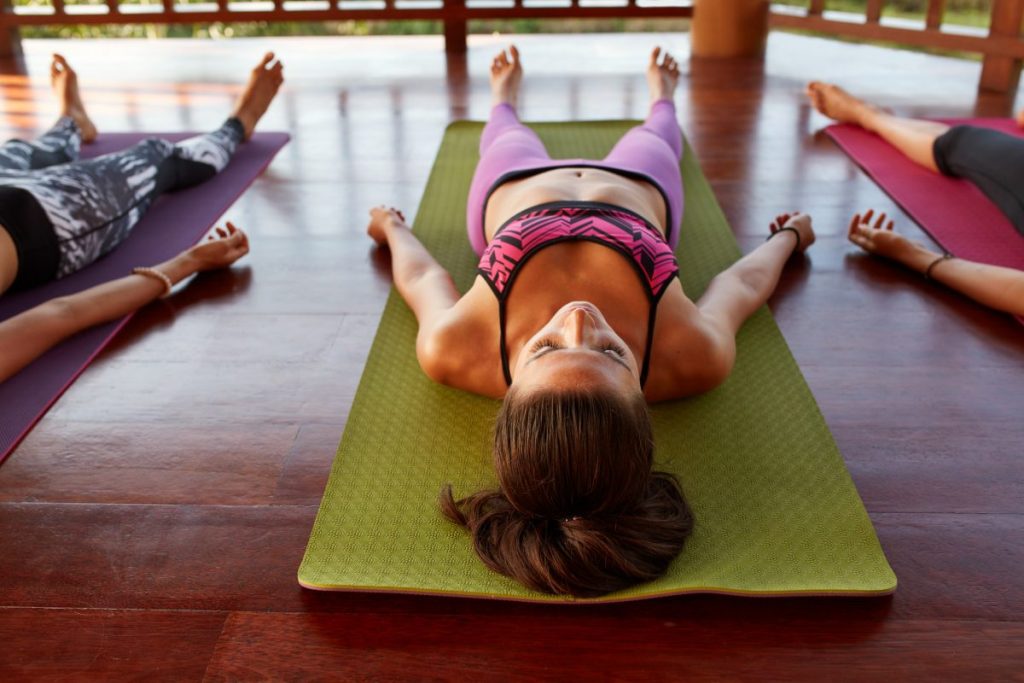 How is yoga nidra different than other forms of yoga?

In yoga nidra, the person is lying down, in stillness, for the whole practice. Other forms of yoga are more physical and require changes of position throughout the practice. The main focus of yoga nidra is quieting the mind and body, with the aim of reaching a state of conscious relaxation. Many other forms of yoga incorporate similar goals but use physical motion to create and strengthen the body-mind connection. 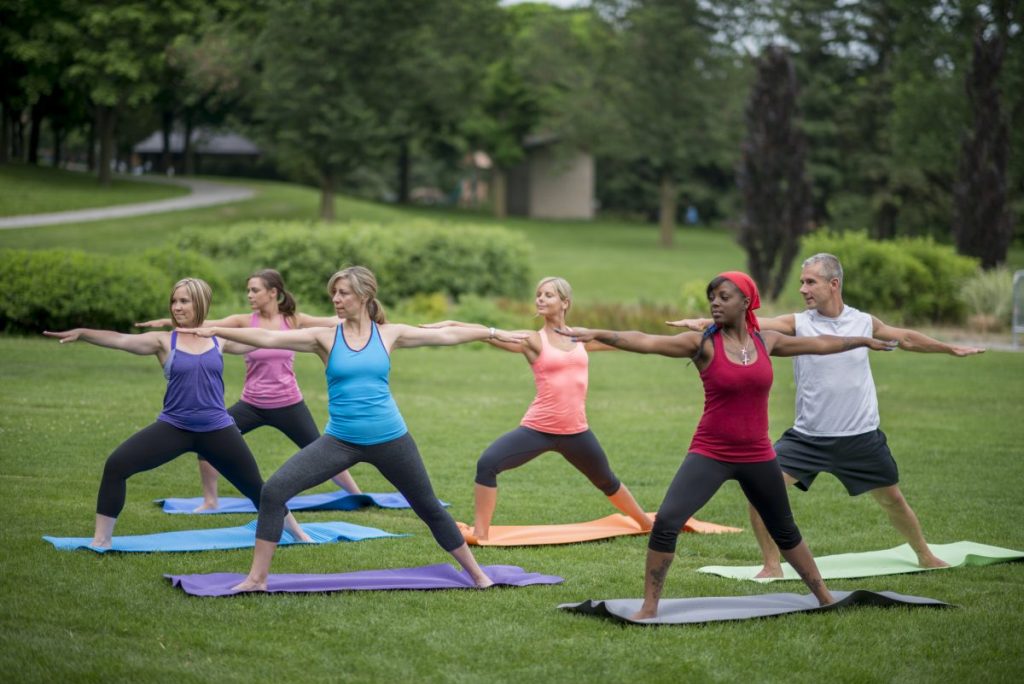 How does it help with physical health conditions?

A study conducted by researchers at Uttarakhand Sanskrit University in 2009 shows yoga nidra is beneficial for slowing metabolism and decreasing blood pressure and the body's need for oxygen. Therefore, the practice is helpful for those with heart disease and circulatory issues. It can also improve diabetes and inflammatory conditions thanks to its relaxing and restorative effects on the body, according to studies conducted in 2012 and 2015. 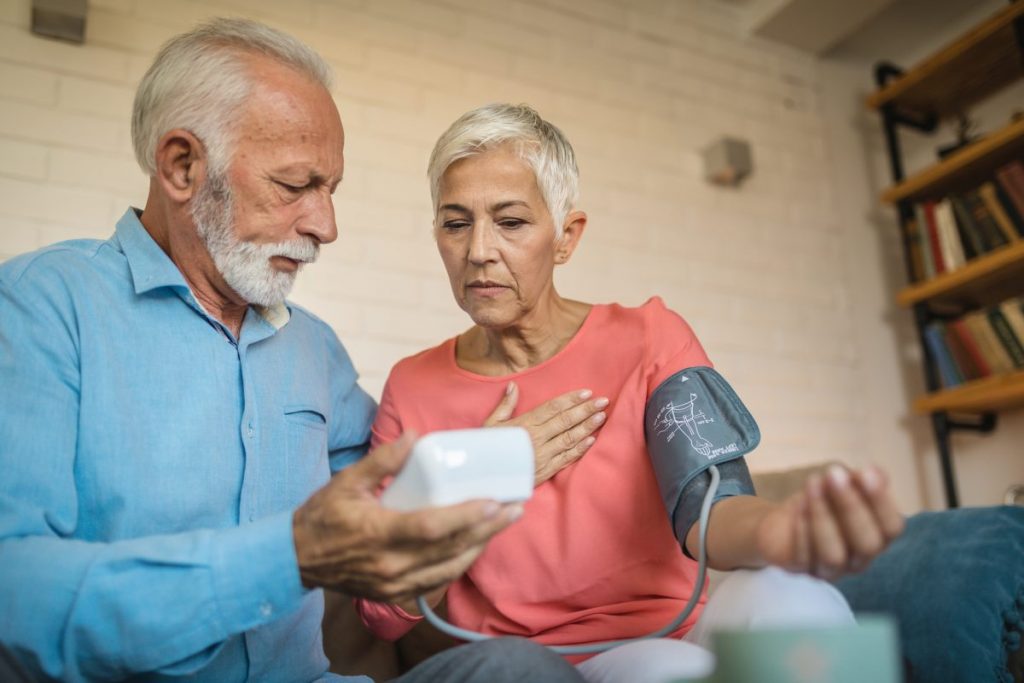 How does it help with stress and sleep?

Yoga nidra helps you get more in touch with your internal self and brings you into a state of relaxation. Thoughts become more clear and focused. The practice guides you into a deep, sleep-like state that can restore the body and mind. By doing so, everything slows down, reducing the physical effects of stress. Experts say practicing yoga nidra for 45 minutes is like getting an extra three hours of sleep. 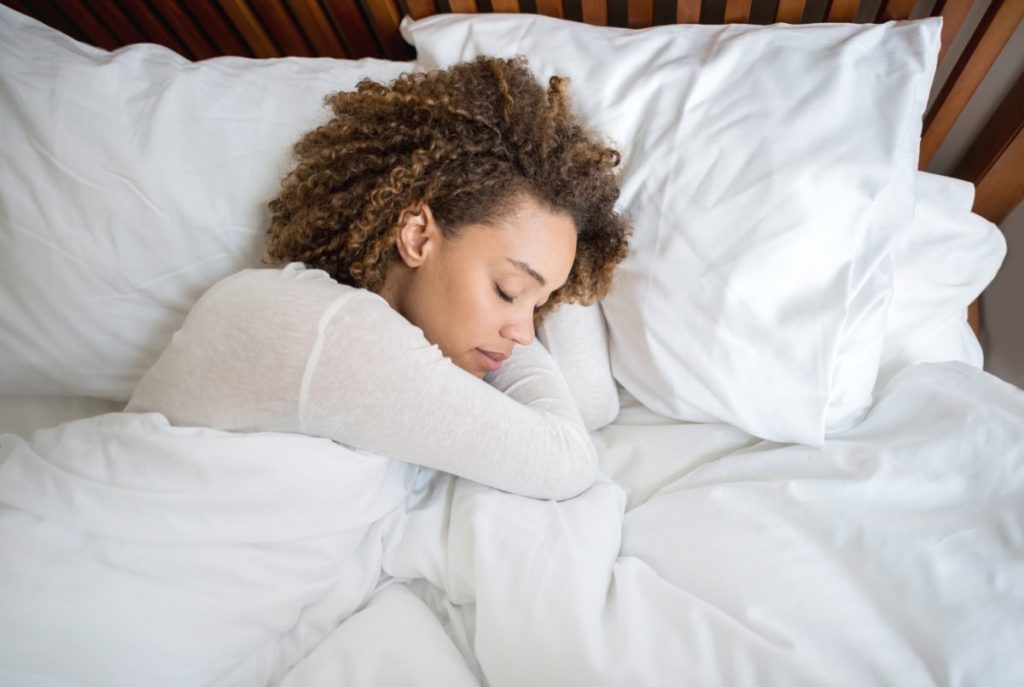 How does it help with mental wellness?

Yoga nidra has a positive effect on mental health issues such as depression, anxiety, and OCD. A 2008 study showed a decrease in symptoms of depression and anxiety from the practice's healing benefits. The practice encourages a connection with the deeper conscious self, which fosters understanding of what emotions require attention and what lies at the root of negative feelings and behaviors. The more connected people are to themselves, the better their mental health. 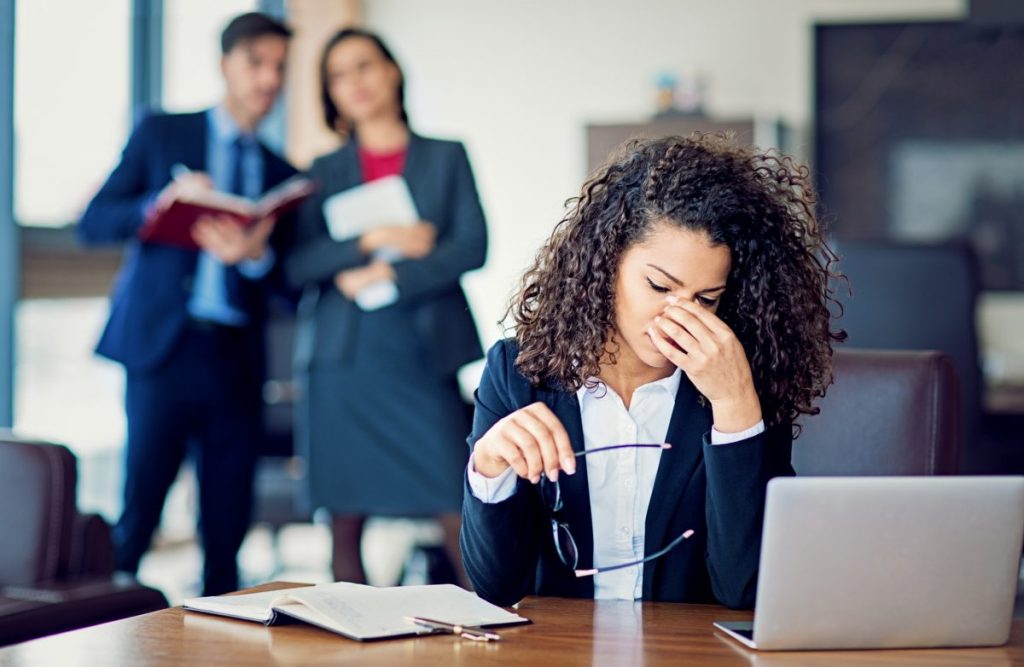 How is yoga nidra different than meditation?

Yoga nidra and meditation are similar and, in fact, the former is often called yogic meditation or guided meditation. However, with regular meditation, the person is often sitting up, whereas yoga nidra requires one to lie down. Practitioners focus on consciously moving through each body part. In meditation, the focus is often on clearing the mind completely or focusing solely on the breath. Falling asleep during meditation is seen to defeat the purpose, but dozing off is acceptable in yoga nidra. 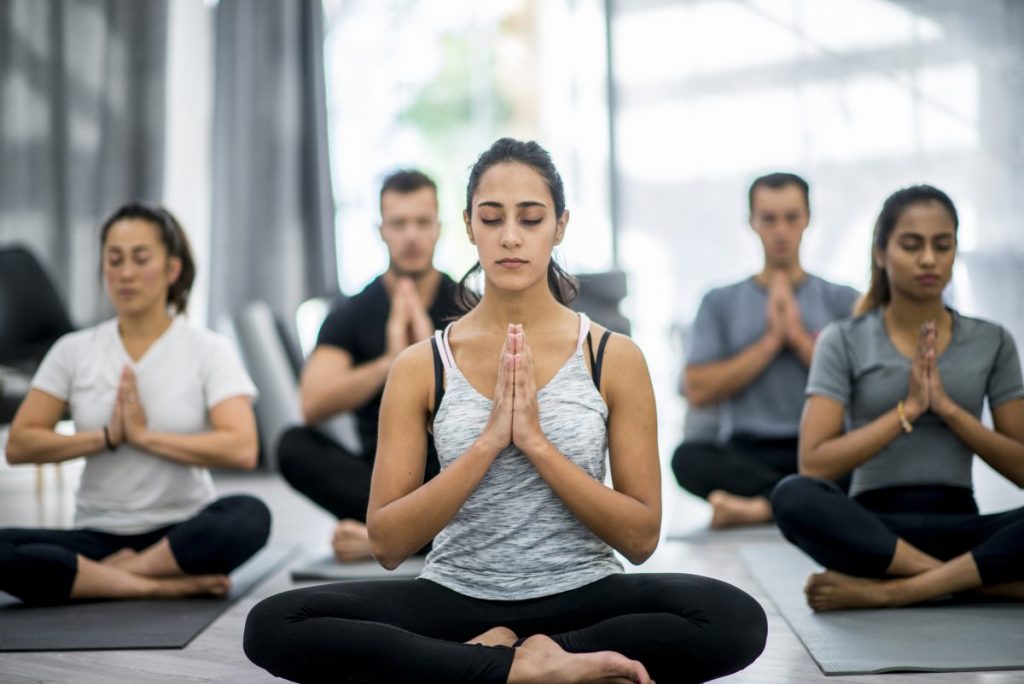 Are there other benefits? 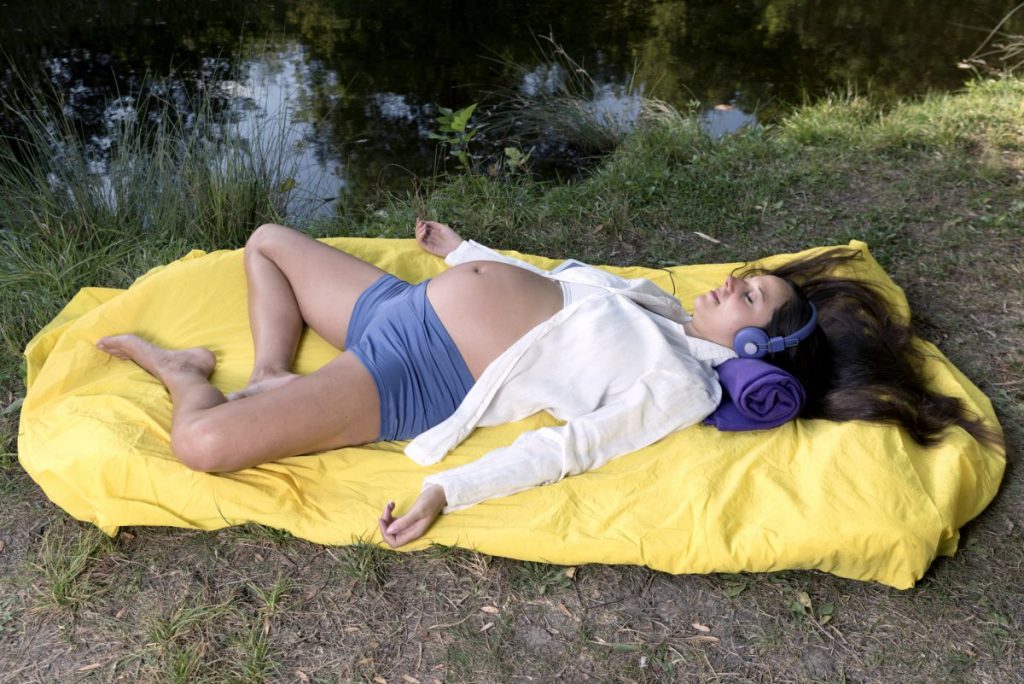 What is the best time and place to practice yoga nidra?

One can practice yoga nidra at any time of day: after a regular yoga class, during a lunch hour, or just before going to sleep. However, it's best to have a comfortable and distraction-free space. Since the goal is to become as relaxed as possible, you'll want to ensure you have no excessive noise or pressing obligations at the time of the practice. 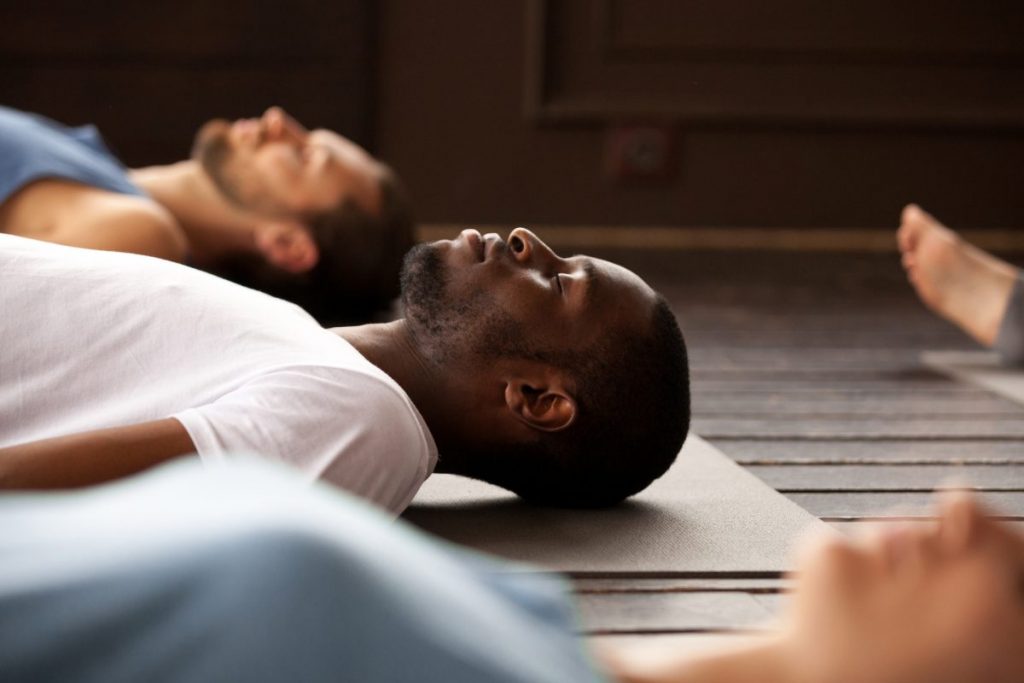 Is it hard to practice yoga nidra?

Yoga nidra doesn't involve movement at all, so you don't need much space. You only need a comfortable mat and a distraction-free area. The hardest part is quieting the mind and focusing on your breath and each body part. If you have a busy, stressful life and haven't practiced any form of yoga or meditation before, yoga nidra may seem outside of your comfort zone at first. But with practice and commitment, it gets easier, and you'll enjoy its many healing benefits. 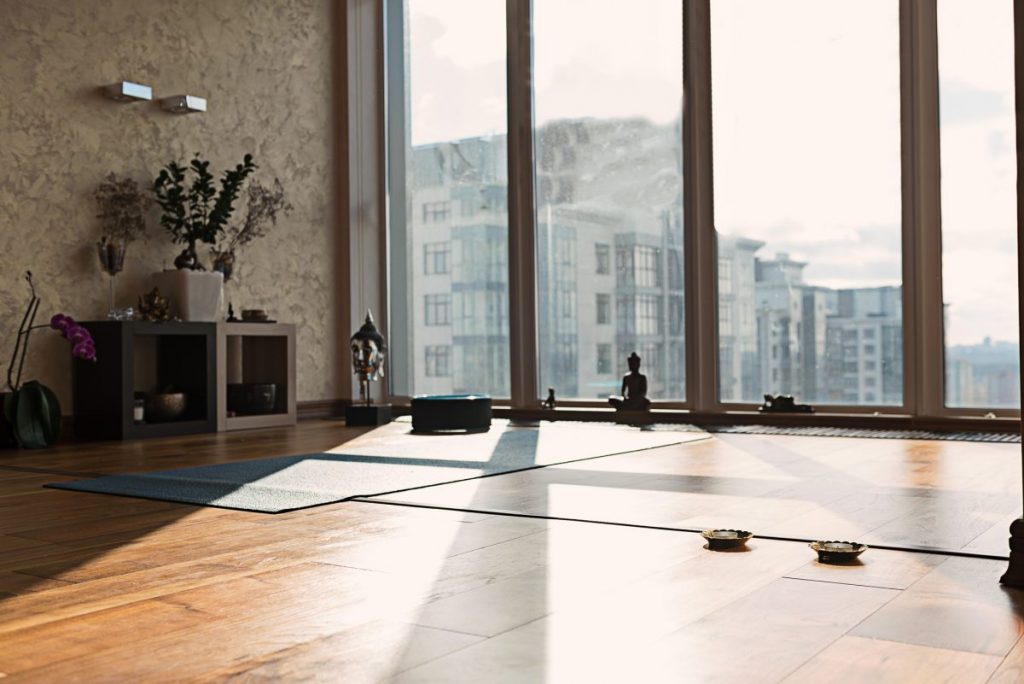