Seizures in Dogs: What You Need to Know

Watching your dog have a seizure is both terrifying and heartbreaking. The seizure can take many forms, such as twitching and convulsing, drooling, defecating, urinating, rigidity of limb, snapping, biting or even losing consciousness. There are several different types of seizures, such as generalized (grand mal), partial (petit mal) Status epilepticus, which is a seizure lasting more than five minutes and cluster, which is when your dog has two or more seizures within 24 hours. Seizures occur when the brain’s electrical impulses are disrupted. The brain sends confusing messages through the nervous system, which results in the uncharacteristic behavior. There are numerous causes of seizures: Genetics, diet, illness (such as a brain tumor) and environment can all trigger seizures.

Often, your dog may exhibit warning signs that a seizure is coming. He may appear restless and anxious. He could also appear fearful and clinging or behave oppositely, such as seeking seclusion. Dogs can also exhibit a dazed, “staring into space” expression. If these behaviors are unusual for your dog, keep an eye on him. 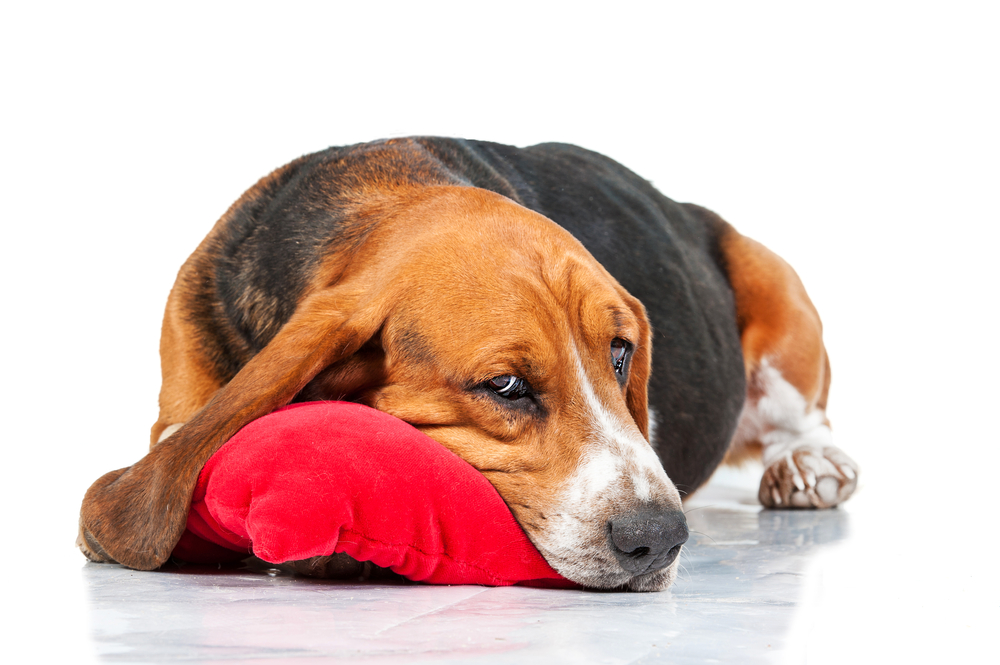 While it is frustrating to just stand by helplessly while your dog is in the throes of a seizure, the best thing to do is nothing. A distressed dog can bite, and contrary to advice given for seizures in humans, dogs cannot swallow their own tongues. Keep your hands far away from your dog’s mouth. What you can do is reduce any bright light or loud noise. If you can foresee a possible collision, move any furniture that your dog might bump into. 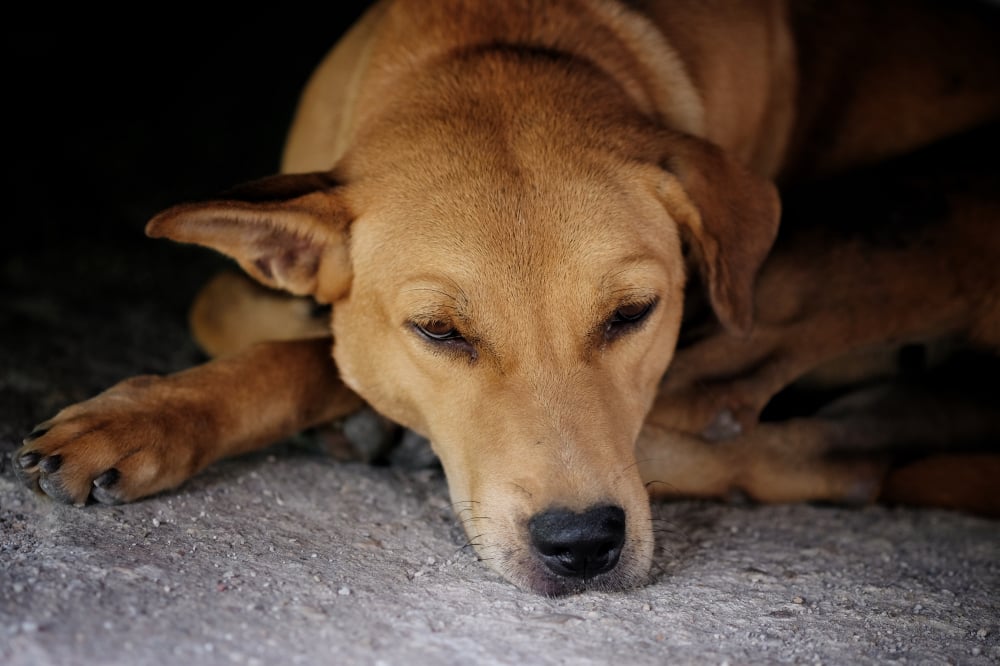 After a seizure, some dogs may seem perfectly fine and resume their normal behavior and temperament. Other dogs may seem disoriented and walk around in circles until their equilibrium is restored. His gait may be wobbly. Carefully examine your dog for any bleeding that may have resulted if he accidentally bit herself during the seizure. Following a seizure, your dog could also experience temporary loss of vision. 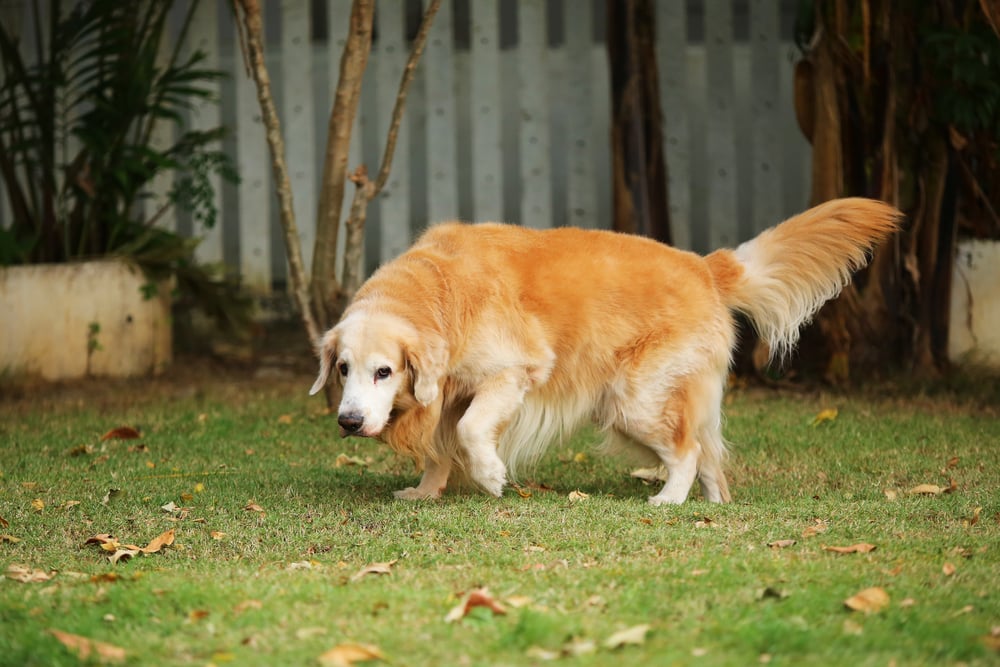 The natural inclination might be to wrap your dog in a blanket as a source of comfort and warmth. While that might be recommended for humans, it’s the opposite for dogs. Seizures can generate a lot of body heat. The best thing to do is gently apply cool compresses or ever ice bags. If you can, place your dog near a fan, so the circulating air can cool him down. 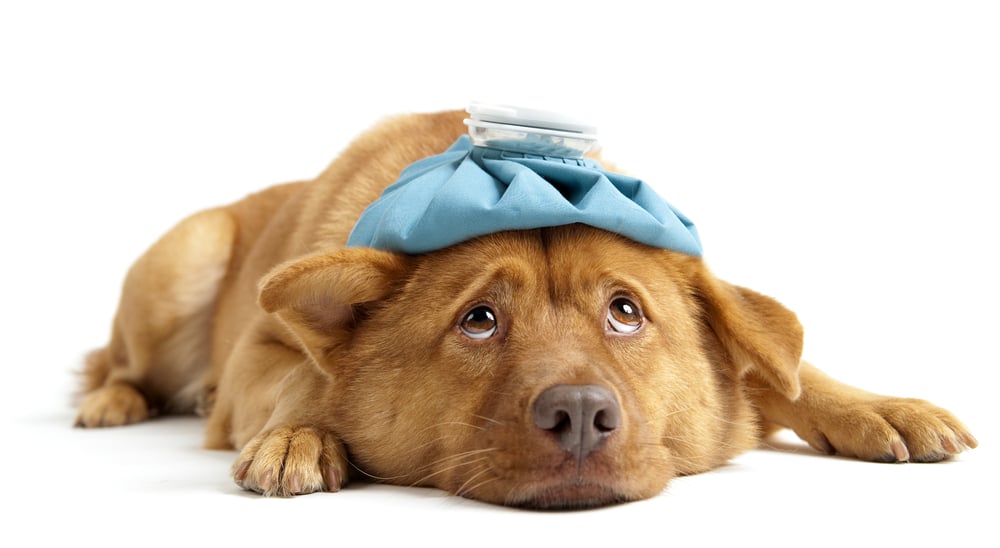 A canine seizure is a very serious condition, especially if your dog’s seizure was the type that lasted for an extended period (Status epilepticus.) Get your dog to a veterinarian immediately as his condition could result in serious brain damage or death. The first thing the veterinarian will do is stabilize your dog. He or she will conduct an extensive exam, including lab work to try to determine the cause of the seizures. Further diagnostic testing may include an ECG, EEG, x-rays and an MRI or CT scan. 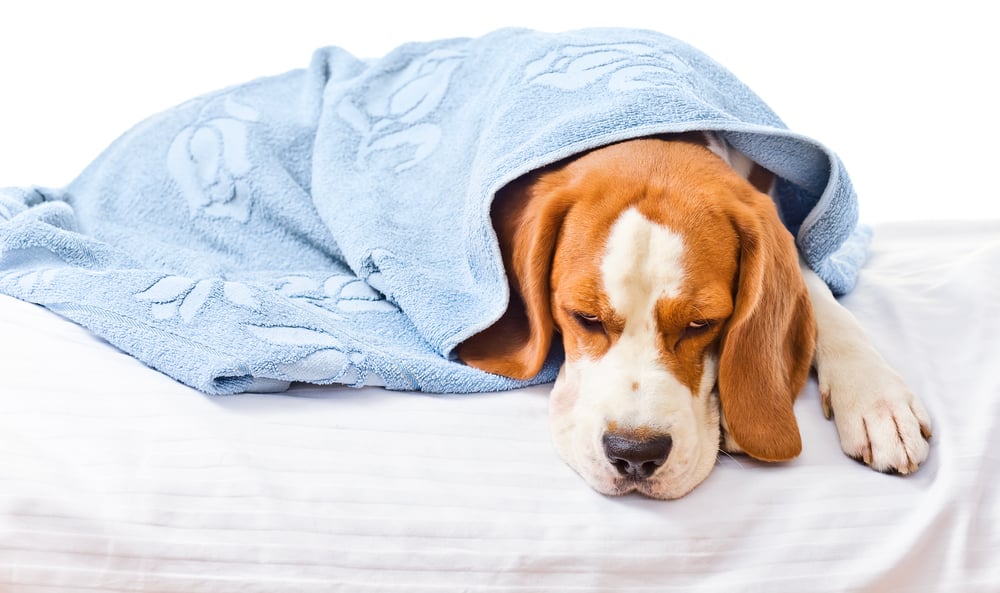 There are too many possible causes of seizures in dogs to list. Seizures are roughly divided into two categories: Intracranial and extracranial. Intracranial causes are ones that exist within the dog’s skull, which point to epilepsy, genetics or conditions such as brain tumors or encephalitis. Extracranial seizures are caused outside of the skull and can include poisoning, direct trauma to the head, metabolic disorders or “something they ate,” such as chocolate. 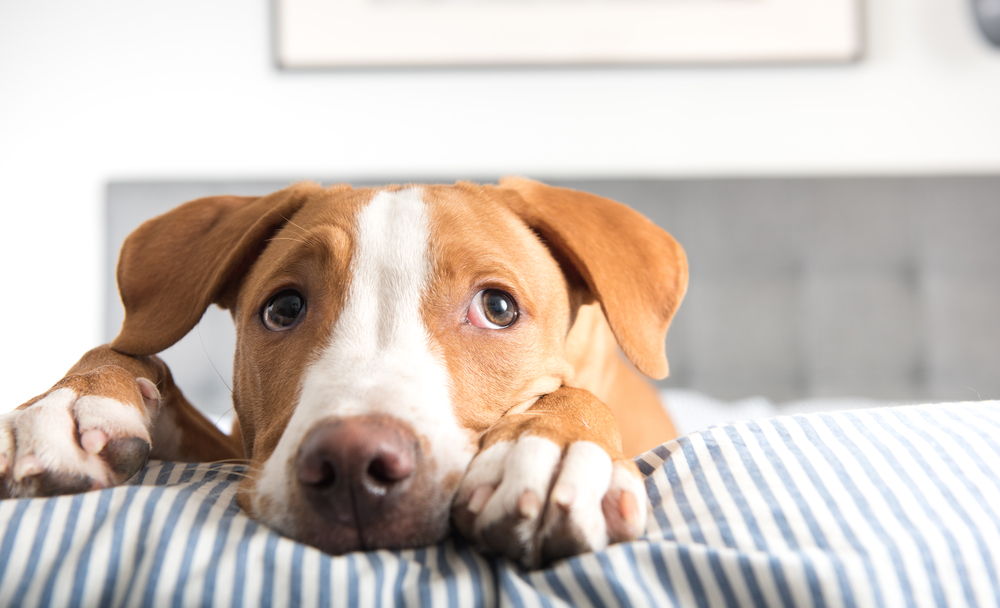 Fortunately, in most cases, the prognosis for seizures in your dog is good. Treatment could be as simple as a change in diet, treatment of poisoning or healing from head trauma. Depending on the cause of the seizures, you may need to change your dog’s diet. If your dog is diagnosed with epilepsy, he will be prescribed anticonvulsant medication, which you will have to give him on a daily basis. The most commonly prescribed drugs are phenobarbital and potassium bromide. These medications are effective but have side effects which could damage your dog’s liver. It’s important to take him for regular veterinary exams, which will include bloodwork to monitor liver enzymes. 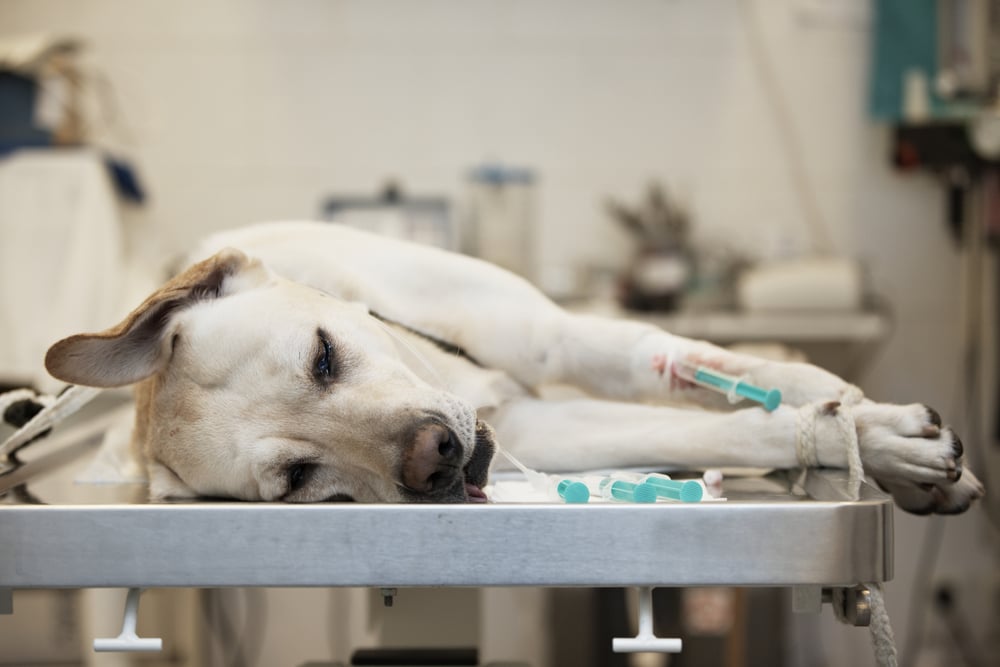 Can Seizures be Prevented?

There really is nothing you can do to prevent your dog from having a seizure. If he is on medication, make sure he takes it faithfully and is actually swallowing it. There are many tips, techniques, and even commercial products available to make it easier for your dog to take his medicine. 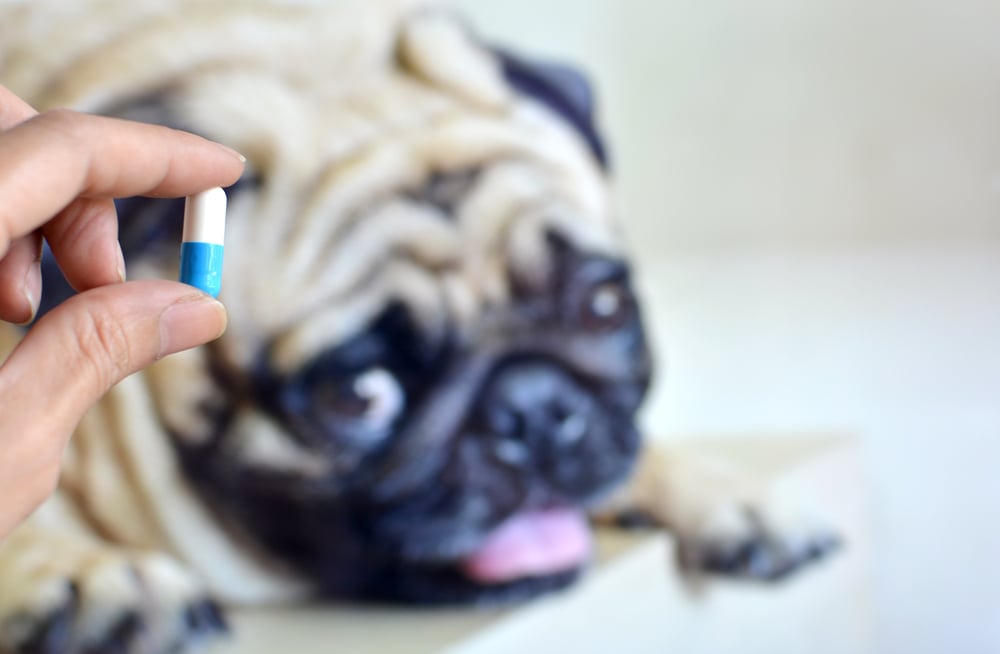 The following breeds are more likely to experience seizures: Belgian Tervuren; Shetland sheepdog; beagle; Labrador retriever; golden retriever; keeshond; vizsla; Finnish Spitz; Bernese mountain dog, Irish wolfhound and English springer spaniel. Males are more prone to seizures than females. If the onset of seizures occurs in your dog at an early age, the cause is most likely genetic — epilepsy. Seizures in older dogs are usually caused by illness, such as a brain tumor. In those cases, the prognosis is less optimistic. 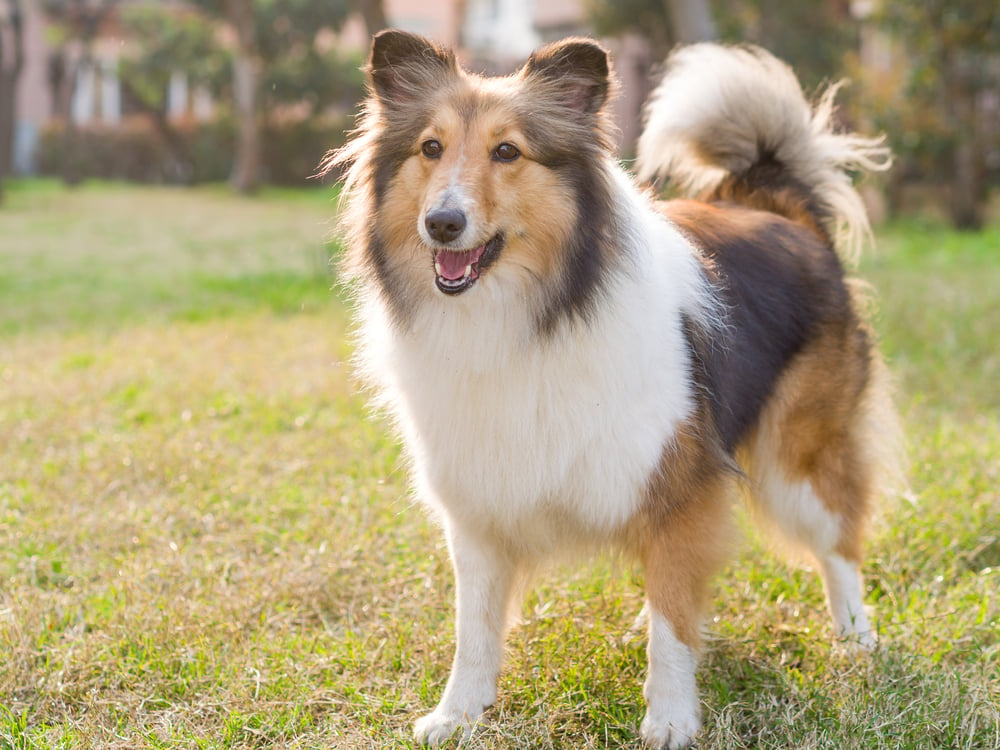 If your dog has epilepsy or other condition that can cause seizures, take heart. As in the case of his human companions with a similar diagnosis, your dog can live a long, healthy life. Give him extra TLC, watch him for unusual behavior and make sure he takes his medication. Regular veterinary care is essential to make sure that his condition is being properly managed. 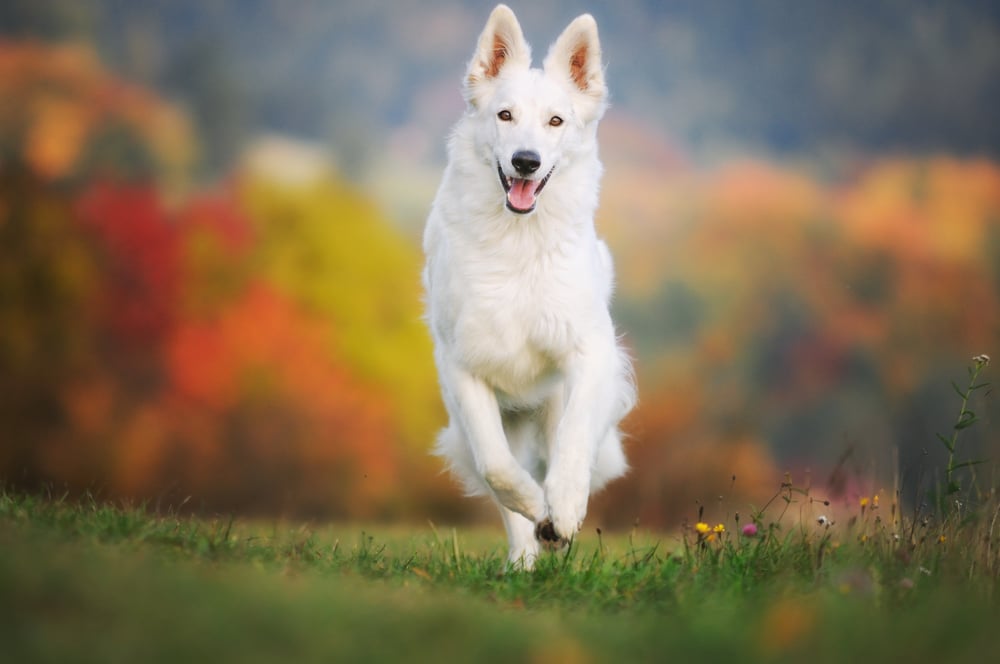