During the Columbian Exchange, chayote squash spread from Mexico to Africa, Asia, Europe, and other parts of the Americas. As a result, the small- to medium-sized fruit appears in many Latin American dishes. Recently, the many health benefits of the plant have boosted its popularity dramatically. The chayote squash contains many vitamins and antioxidants that provide its beneficial cardiovascular and anti-inflammatory effects.

Some of the most important processes in the body require B vitamins. Niacin can help lower cholesterol and ease arthritis. Riboflavin helps break down carbohydrates, proteins, and fats. Thiamin enables energy release from sugars and amino acids. Chayote squash contains many of these B complex vitamins, including those mentioned above, folate, vitamin B6, and pantothenic acid. Chayote squash can also prevent disease and conditions such as anemia that result from a lack of vitamin B. 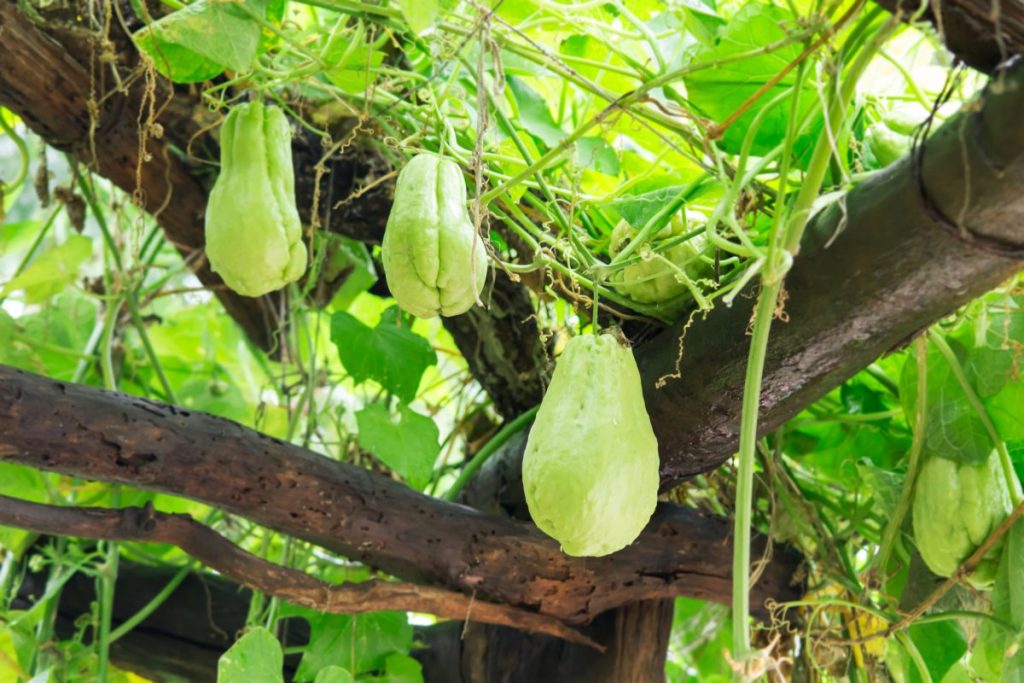 A half-cup serving of chayote squash contains around 17 percent of our daily vitamin C requirements. Vitamin C helps repair body tissue and enables the production of certain neurotransmitters. It also serves as an antioxidant. Additionally, there is some evidence that vitamin C can help shorten the length of colds. Without vitamin C, the collagen in a person’s body may become unstable and unable to perform its functions, leading to diseases such as scurvy. 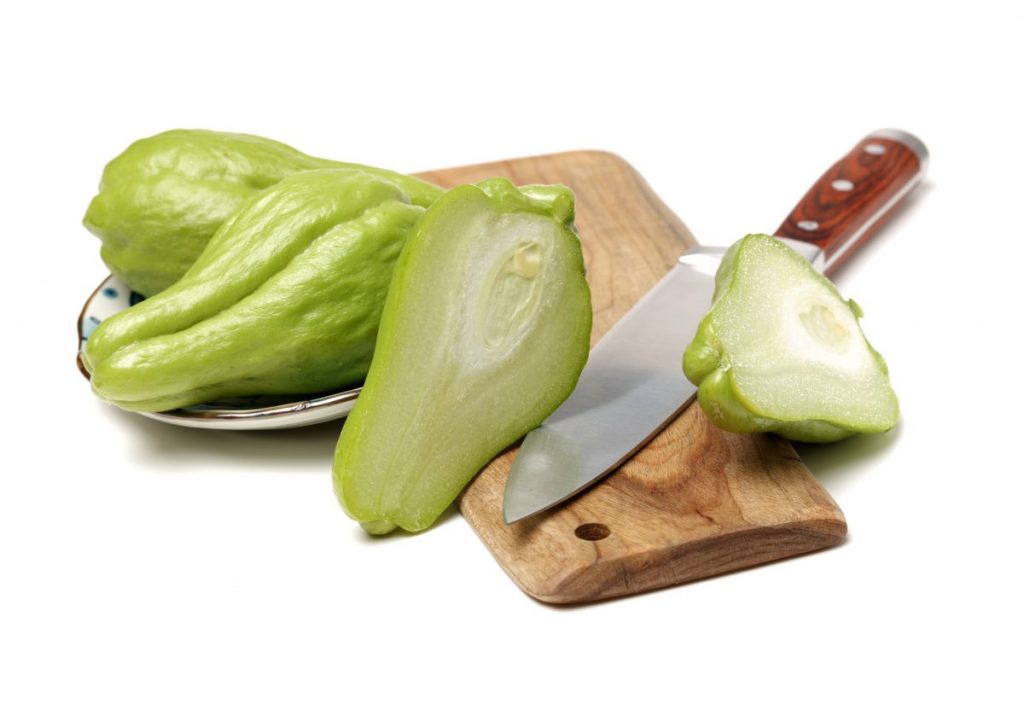 Chayote squash also contains a notable amount of potassium. One cup delivers around 160 milligrams, comparable to a cup of raw spinach or a cup of cucumber. Potassium is one of the most vital elements; potassium ions transfer across nerve cell membranes and allow for normal nerve transmission. Without potassium, the body can develop an abnormal heart rhythm and many other heart-related issues. 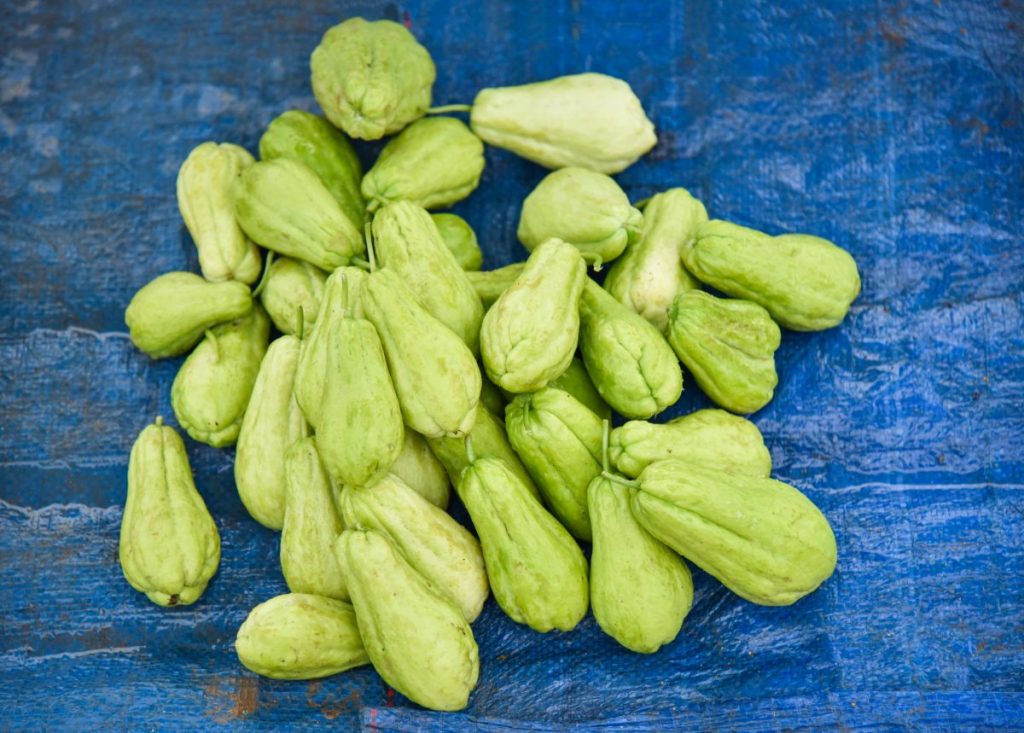 Because chayote squash contains a significant amount of water and potassium, it has powerful diuretic effects. A diuretic is a substance that promotes increased production of urine. Though diuretics have many beneficial effects, the most notable is the removal of excess sodium, chloride, and potassium from the body. Physicians also use diuretics in treatments for heart failure, hypertension, water poisoning, certain kidney diseases, and liver cirrhosis. Many athletes who compete in sports such as boxing or wrestling use diuretics to temporarily reduce their body weight to meet weight requirements. 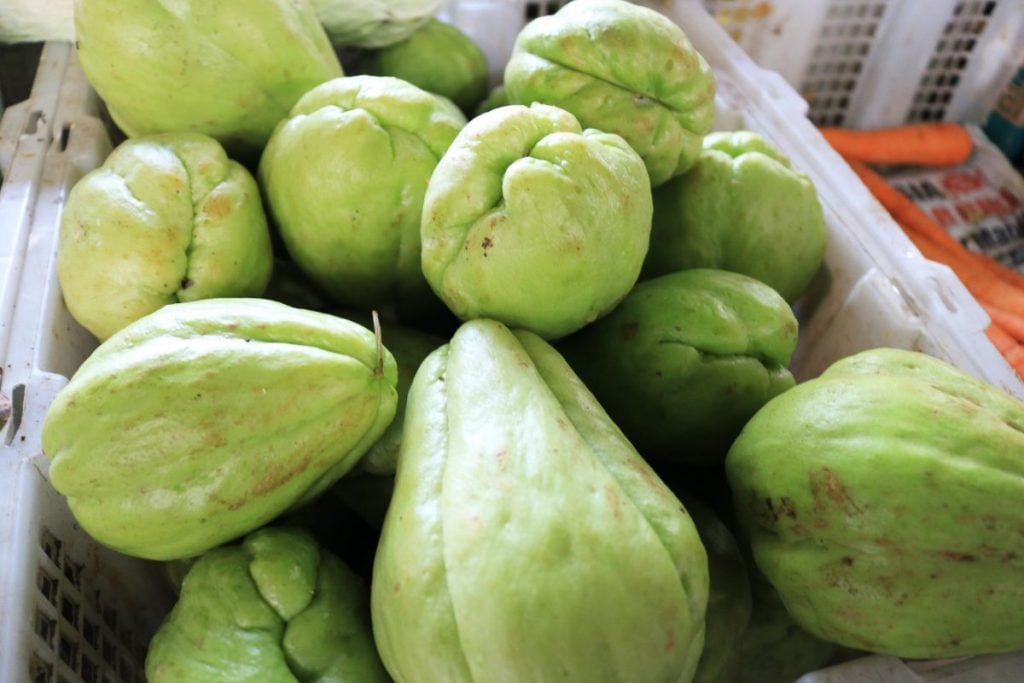 Proteins and amino acids are building blocks of the human body. When the body digests and breaks down proteins, it leaves behind amino acids it can use to create other proteins for growth, body tissue repair, and breaking down food. There are a total of 22 amino acids, nine of which are essential, meaning the body can’t synthesize them and must get them from food. Chayote squash contains seven of the nine essential amino acids. 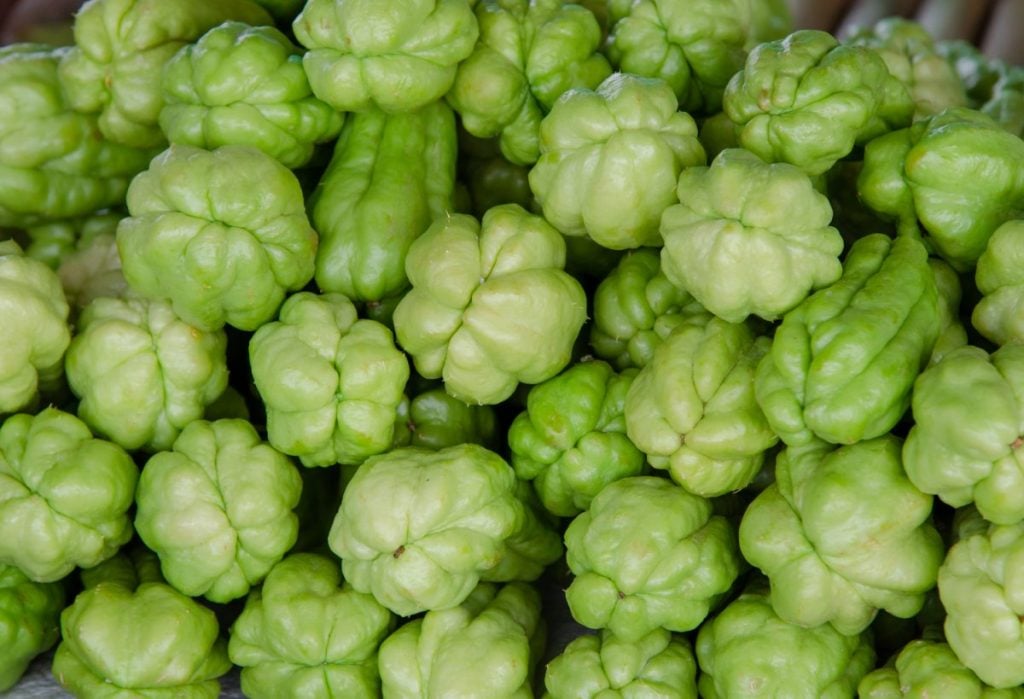 The circulatory or cardiovascular system circulates the blood, allowing for the transportation of nutrients, hormones, gasses, and blood cells. Because of this, the circulatory system plays a major role in fighting diseases and maintaining homeostasis. Chayote squash contains a significant amount of fiber, which contributes to a healthier cardiovascular system. Fiber helps slow the rate at which the bloodstream absorbs sugar, which is ideal for people with diabetes. It also travels through the intestines faster, cleaning the colon, and helps lower cholesterol levels. 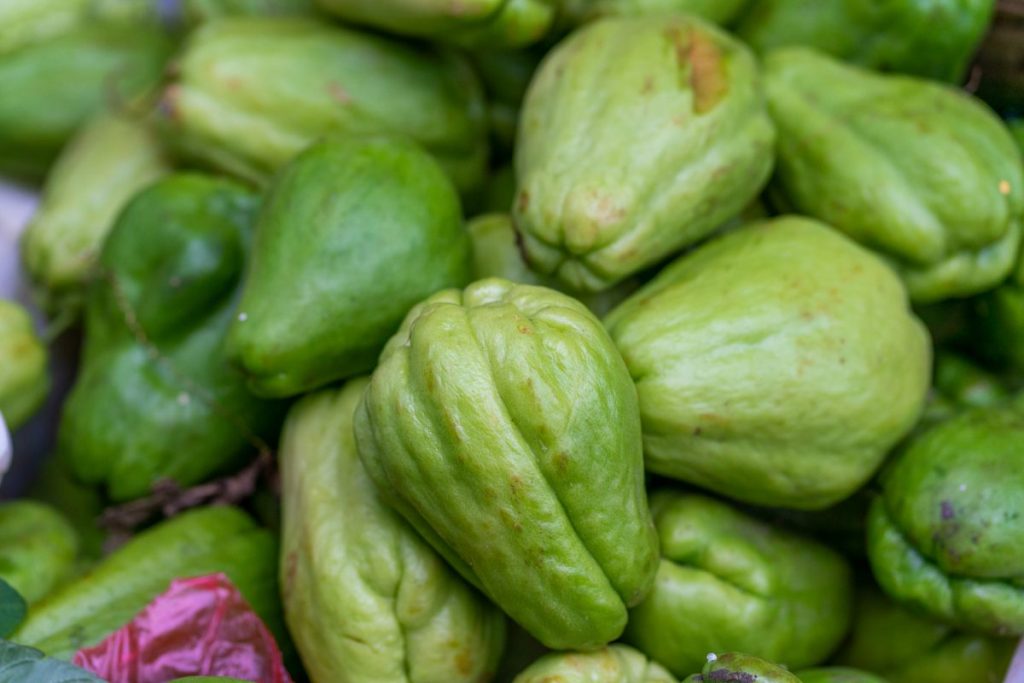 Among its many other benefits, chayote squash is also an anti-inflammatory. Many of the foods that can cause or exacerbate chronic diseases such as type 2 diabetes and heart conditions cause excess inflammation. Foods that possess anti-inflammatory effects can reduce the risk of chronic diseases. They may also help alleviate symptoms for people with allergies, gout, inflammatory bowel disease, arthritis, or asthma. In addition, healthy foods that prevent inflammation may also contribute to an improved mental state. 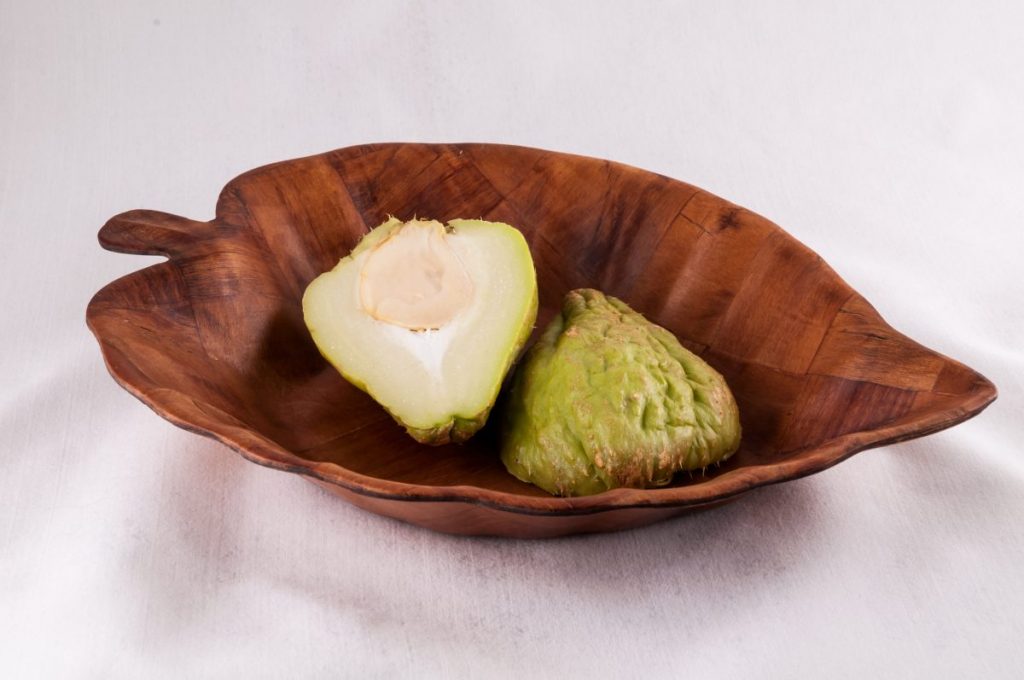 One of the most popular methods of preparing chayote squash is the use of parts of its fruit and leaves in teas. Chayote tea may help prevent the thickening of arterial walls or arteriosclerosis. As the arteries being to lose their elasticity and thicken, they can restrict blood flow, which can lead to tissue death. Chayote tea can also treat hypertension by reducing blood pressure and aid the body in dissolving kidney stones. 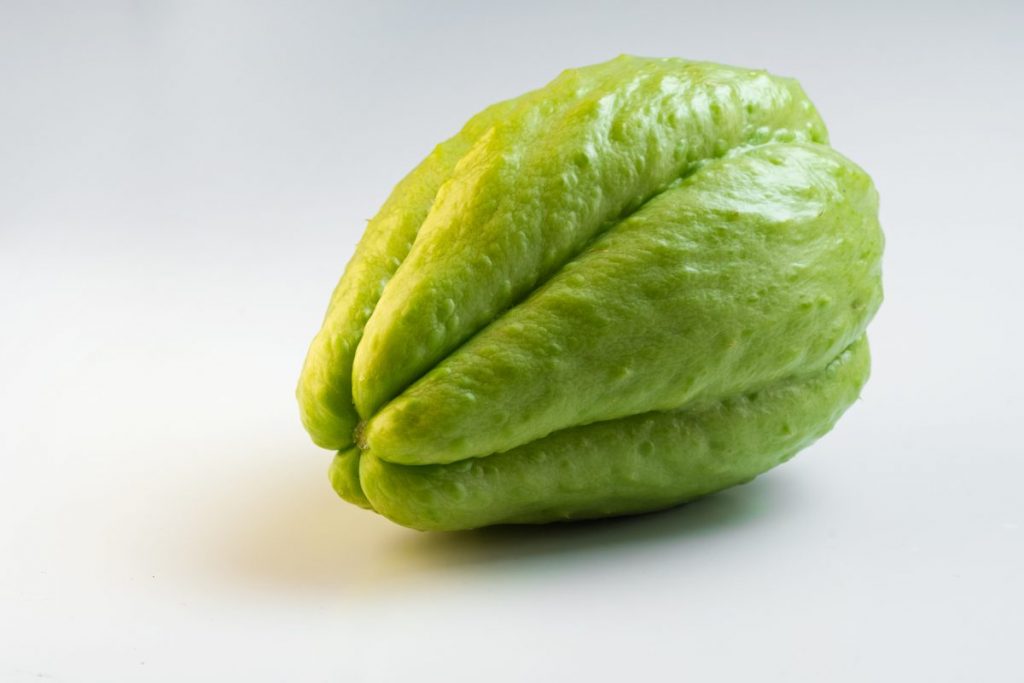 In addition to its many health benefits, chayote squash is fairly simple to incorporate into a diet. A cup of chayote squash contains around 25 calories, making it a low-calorie substitute for starchy vegetables and other potassium-rich fruits. In comparison, a cup of potatoes contains about 120 calories, and a cup of bananas has around 133. The lower caloric count of chayote squash makes it ideal for people on restrictive diets such as keto or the Atkins diet. 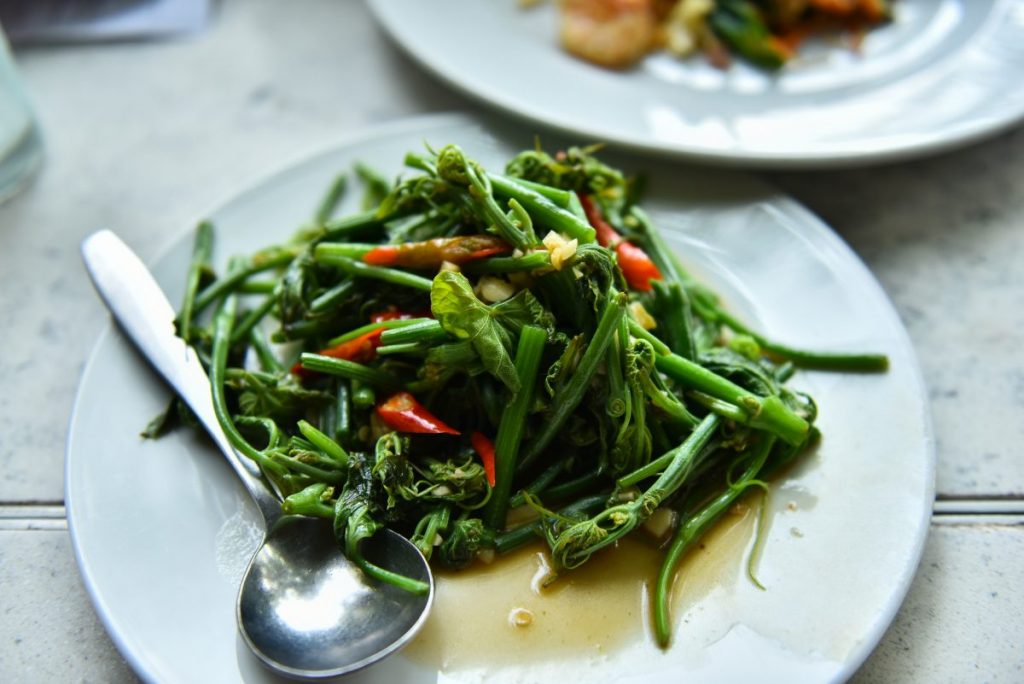 There are many ways to prepare chayote squash. It has a simple taste and a texture that some people describe as a cross between a potato and a cucumber. Different cultures prepare chayote in unique ways, but pickling, sauteing, grilling, and baking are popular methods. Raw chunks are great for fruit salads. Julienned chayote pieces blend well with vegetables in coleslaw. 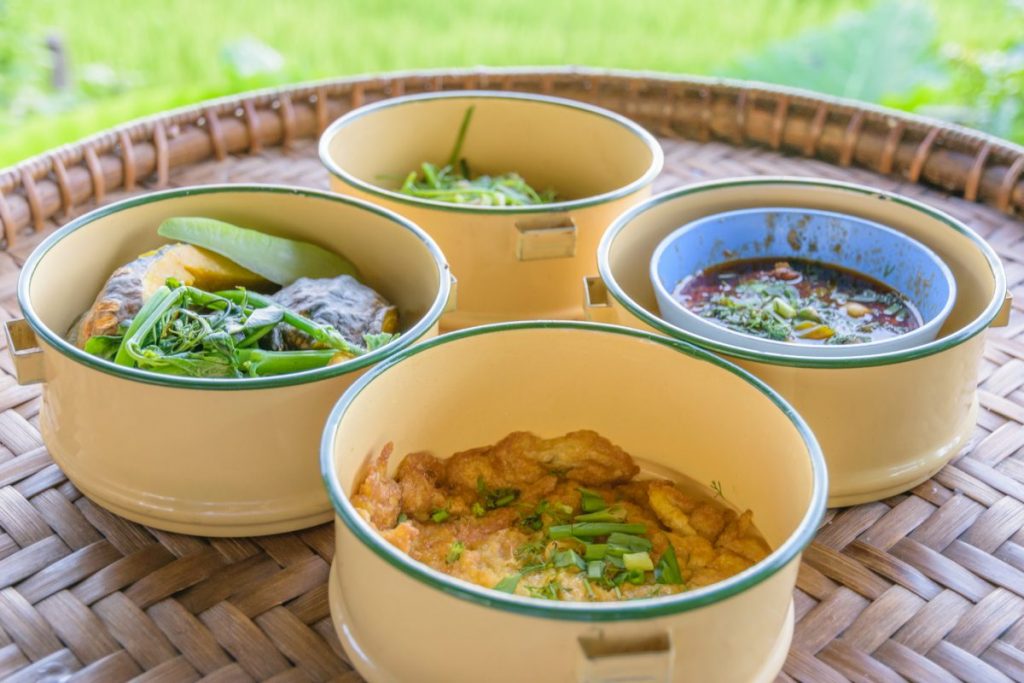