Giant hogweed is an invasive plant that is very poisonous to people and animals. Its toxic sap can burn, poison, and blind people who come into contact with it. The description sounds a lot like hype, but the reality of giant hogweed is much scarier. It is a very dangerous plant that is spreading quickly across North America. People are encouraged to keep an eye out for it and report where it is seen in the wild.

What is Giant Hogweed?

Giant hogweed or Heracleum mantegazzianum goes by the common names giant cow parsnip, giant cow parsley, and hogsbane, and is a member of the carrot family. Unlike the carrot, giant hogweed is incredibly poisonous and can severely hurt or even blind people who get its sap on their skin. 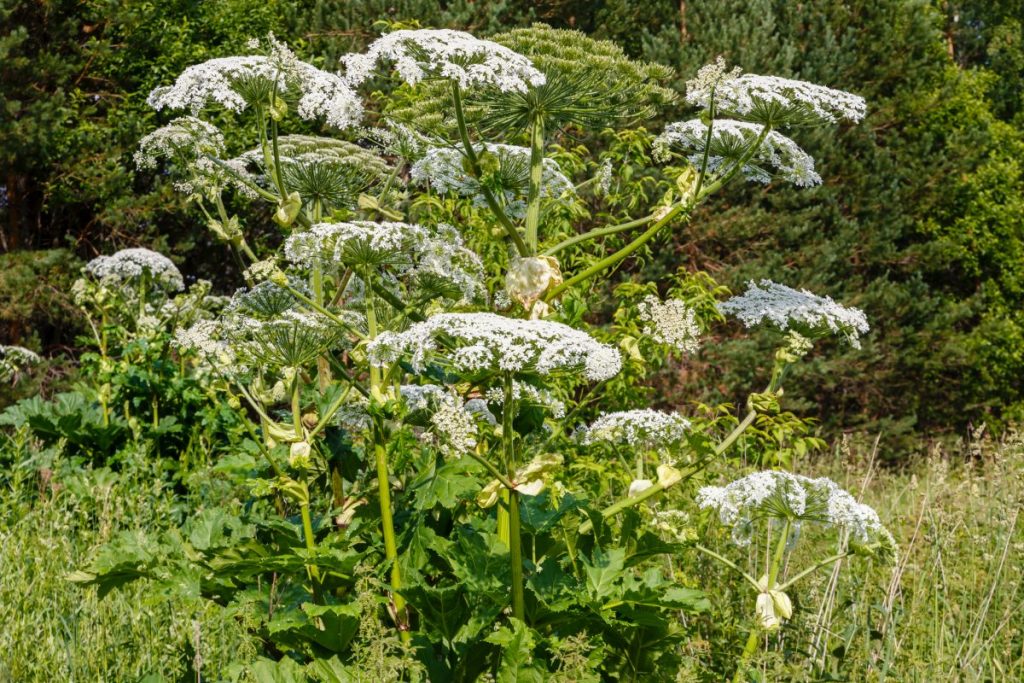 How Was the Giant Hogweed Introduced Into North America?

Giant hogweed is not native to North America. It originates in Asia, in the Caucasus mountain region. It was introduced into North America in the early 1900s by botanists seeking ornamental flowers for their gardens. At the time, there wasn't a lot of concern about introducing non-native species. Unfortunately, the plant produces between 20,000 and 50,000 seeds at a time, so it quickly spread. 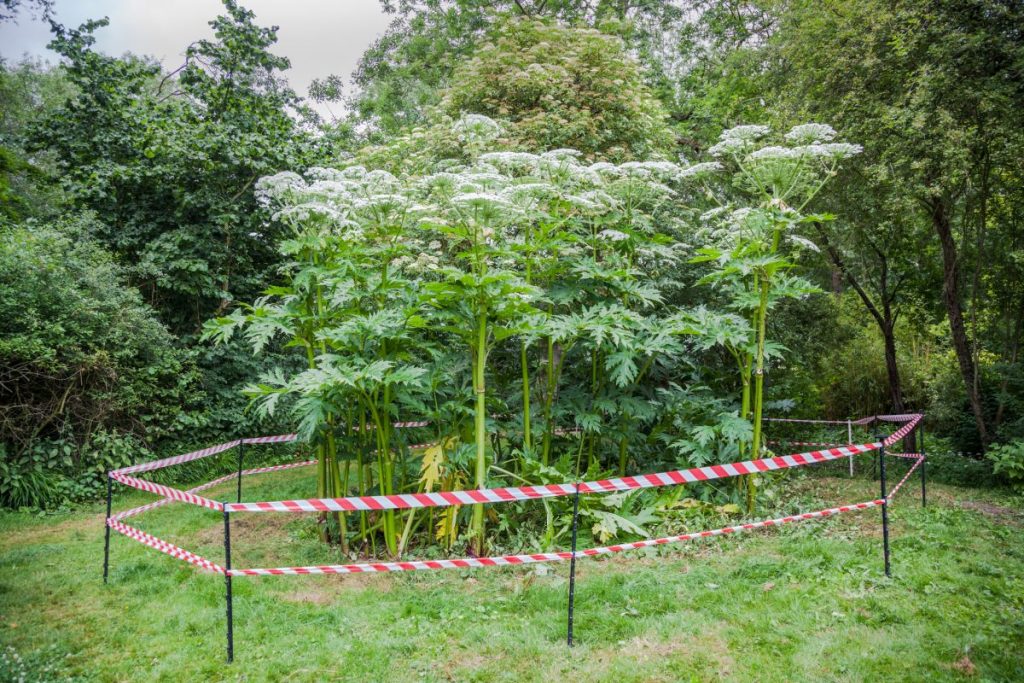 Why is the Giant Hogweed So Dangerous?

Giant hogweed has toxic sap that contains furanocoumarins; when exposed to UV rays, this compound causes severe blistering by eliminating the skin's ability to protect itself from the sun. If the sap gets on the skin, it causes a condition called phytophotodermatitis, and the resulting blisters can lead to scarring. If it gets in the eyes, it can cause permanent blindness. 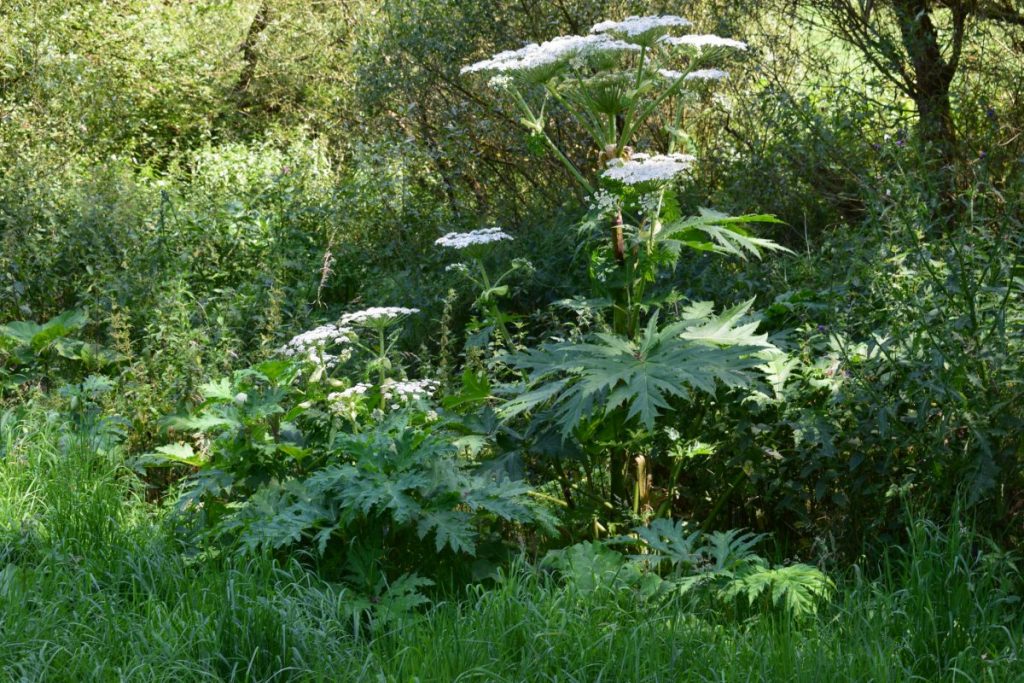 How Can I Recognize Giant Hogweed?

Giant hogweed looks like various native plants, but it has some obvious identifiers. It grows eight to 14 feet tall when it is flowering; it has a thick stalk that can grow up to four inches thick. The stalk is covered with coarse white hairs and purple blotches on the hollow stem. The leaves are lobed and can measure up to five feet across. 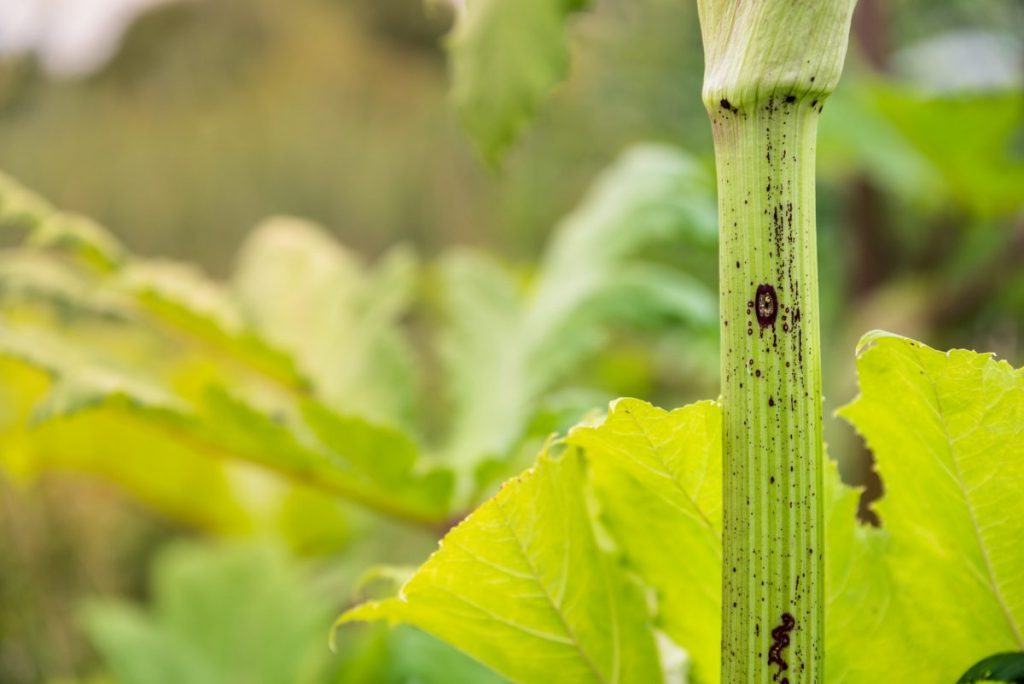 If a plant is flowering and smaller, then it is most likely not giant hogweed, but a native plant. Several plants look similar to giant hogweed, including Queen Anne's lace, Angelica, and cow parsnip. These plants may have the same toxins that cause phytophotodermatitis, but they aren't as strong or dangerous as giant hogweed sap. 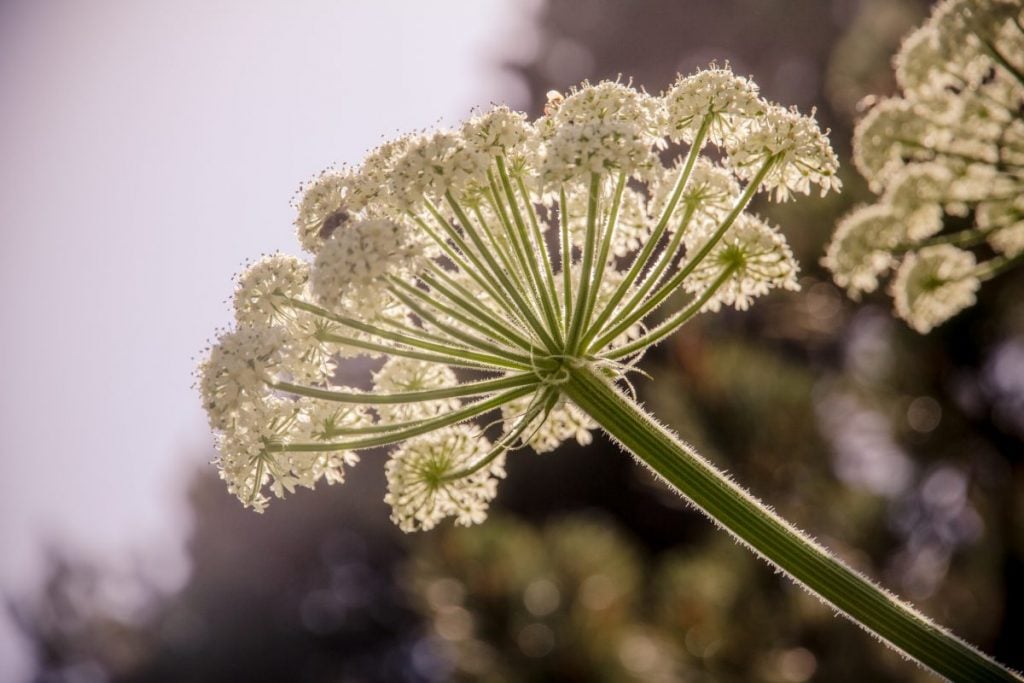 What Should I Do If I Touch Giant Hogweed?

Despite being cautious, you can still accidentally brush up against giant hogweed. The burning and blistering usually start 15 minutes or more after contact, so you need to act fast. Wash your skin immediately if you touch giant hogweed, bandage the area to keep it out of the sun, and seek immediate medical attention. Don't take a "wait and see" approach. 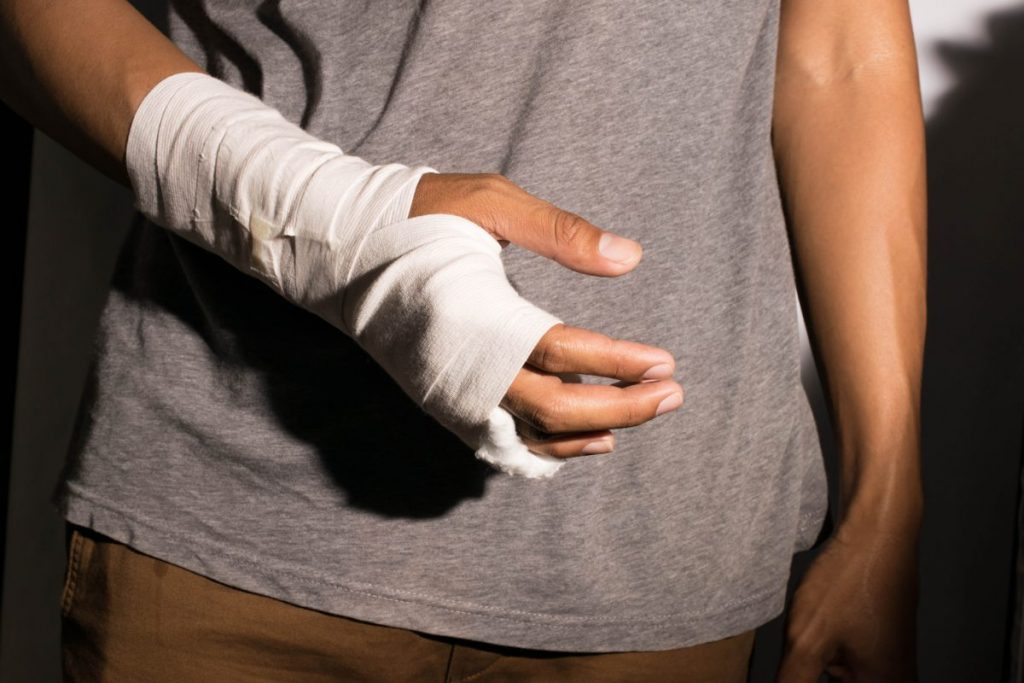 How Should I Kill Giant Hogweed if it is on my Property?

If you have identified giant hogweed on your property, you need to get rid of it. If it is young and not flowering yet, you may be able to pull it while wearing protective clothing. Wear long sleeves, pants that cover your legs, boots, gloves, and protective eyewear. Otherwise, use an approved herbicide to kill it. Do not attempt to remove it using a lawn mower or weed whacker, as this will cause the toxic sap to spray. 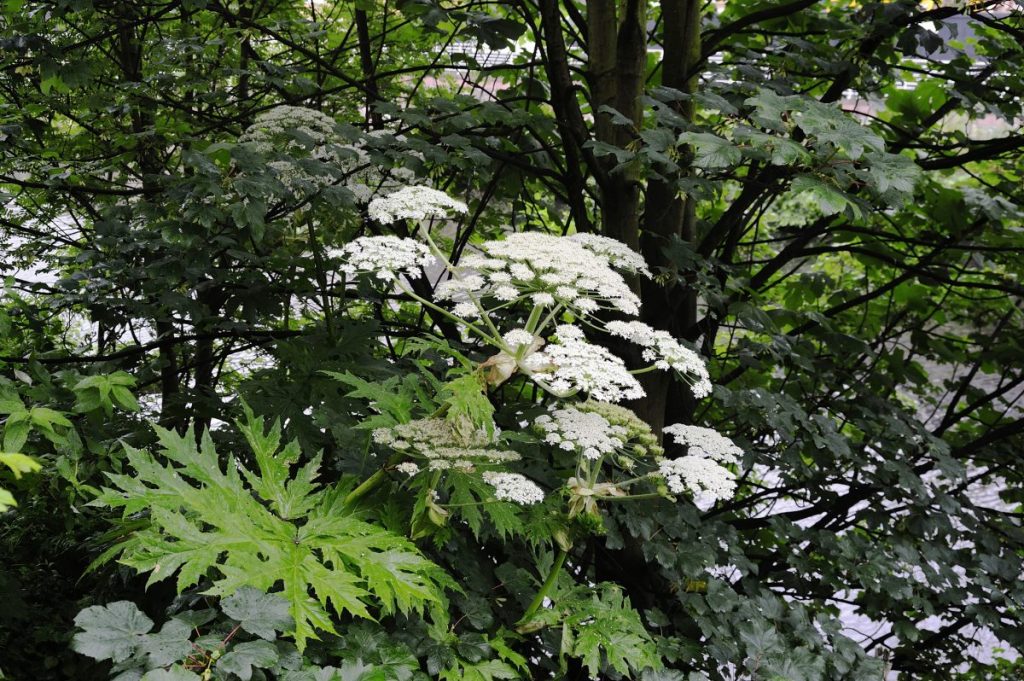 Which States Have Giant Hogweed Problems?

Giant hogweed has been found in New York, Maine, Michigan, Maryland, New Hampshire, Oregon, Ohio, Pennsylvania, Vermont, and Washington. Giant hogweed produces tens of thousands of seeds, so it is likely to spread to more states. In general, the United States, Canada, Australia, and the United Kingdom have issues with the spread of giant hogweed. 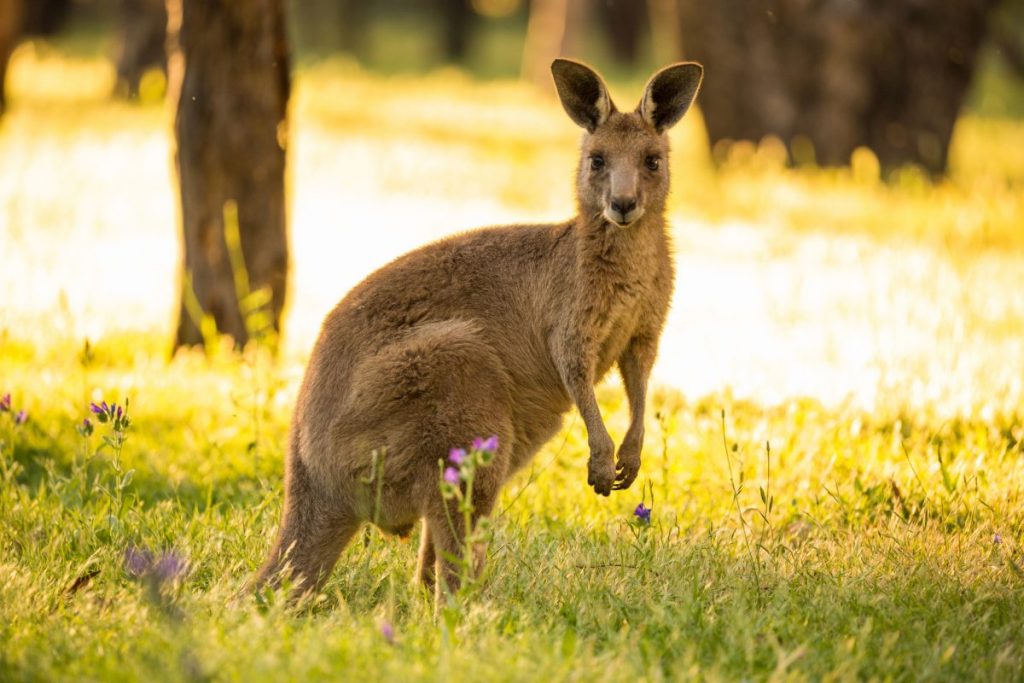 Who Do I Need to Contact if I Find Giant Hogweed?

Because giant hogweed is considered a noxious invasive plant species, findings should be reported to local authorities. Contact the state's university extension office for information regarding reporting noxious weeds. They should be able to give you the appropriate contact information. 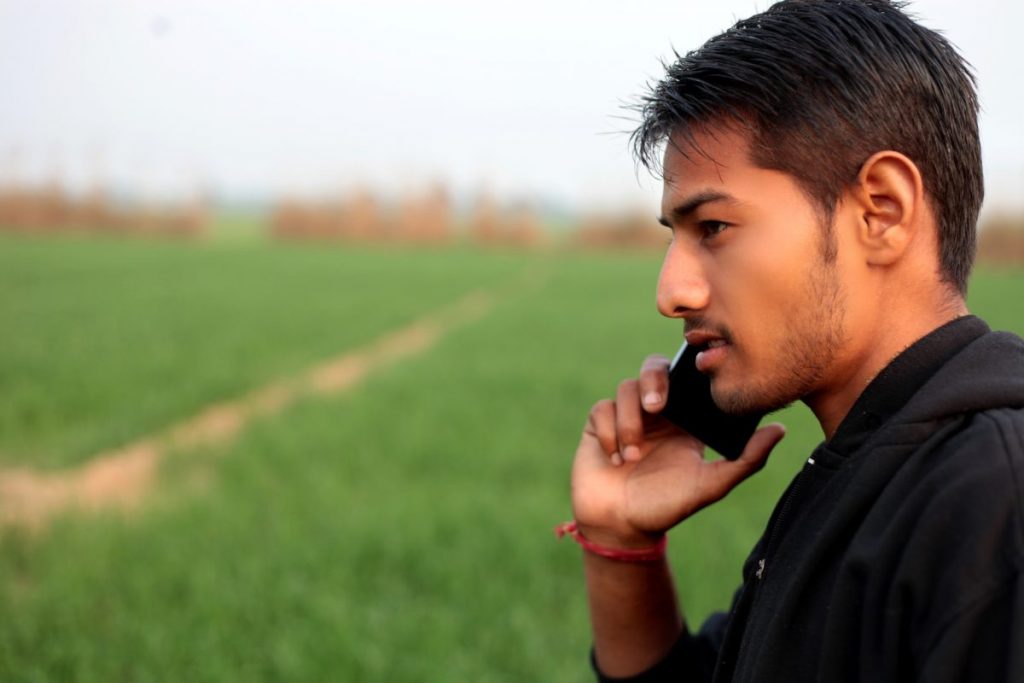 What Other Plants Cause Burns?

Giant hogweed is a dangerous plant and has some other dangerous relations. These include the invasive wild parsnip, which can cause severe burns just like the giant hogweed. Cow parsnip can cause burns as well, but it is not as problematic as giant hogweed. 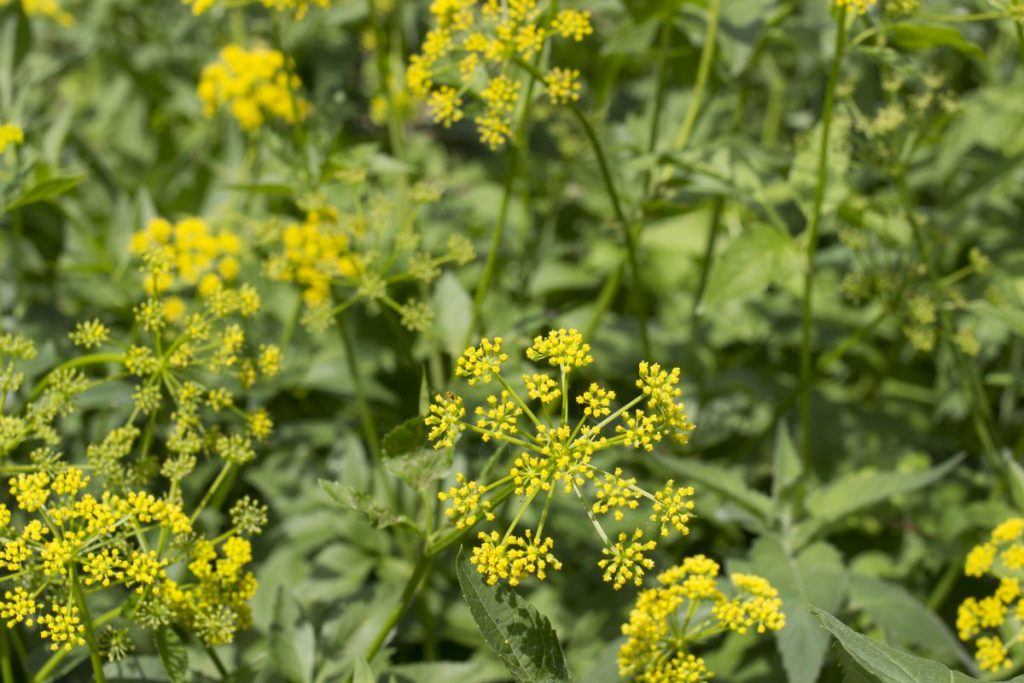