All About Wheat Bran

Whole grains, which are naturally high in fiber, antioxidants, and complex carbohydrates, are the healthiest kinds of grains. Fiber can reduce the risk of chronic illnesses such as cardiovascular disease and cancer. Of all the dietary fibers, wheat bran is the most researched, with many studies focusing on its benefits. The popularity of this food is increasing as consumers learn more about the connections between what we eat and disease prevention.

The Wheat Kernel and Wheat Bran

One bushel of wheat contains around one million kernels. Wheat bran is one of three parts of the wheat kernel, which also includes the endosperm and the germ. The endosperm contains mostly starches and proteins that produce white flour. The germ is the embryo of the wheat kernel and contains polyunsaturated fat and vitamin E, selenium, and thiamin. Wheat bran, the hard, protective outer shell of the kernel, is a by-product of the milling process. It contains a high percentage of phytochemicals or flavonoids, lignans, and saponins.

Wheat bran itself has three distinct layers. The pericarp has both outer and inner layers consisting of insoluble fiber and bound phenolic acids. The hyaline or embryo sac is the intermediate layer of the bran. It covers the aleurone layer, which contains a rich supply of lignans and proteins, amino acids, bioactive compounds, antioxidants, vitamins, and minerals. Wheat bran also contains minerals such as iron, magnesium, manganese, and phosphorus. 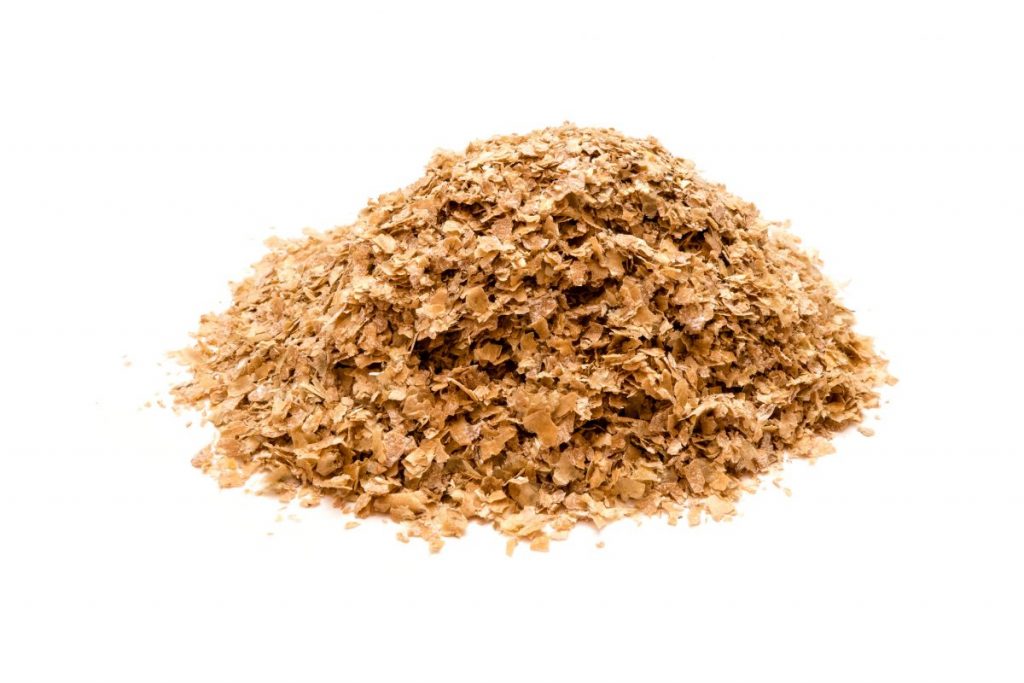 For a thousand years or more, stone milling was the only process available to grind down grains. During the 19th century, Europeans used two grades of flour. “Low grinding” flour, which used the entire grain, was created with a single pass of the millstones. This unsifted flour produced a dark, hearty bread that retained all of the available nutrients. “High grinding” reground the grains multiple times, then sifted it to remove both the germ and the bran. The upper classes preferred this flour, despite it making a much less nutritious bread. 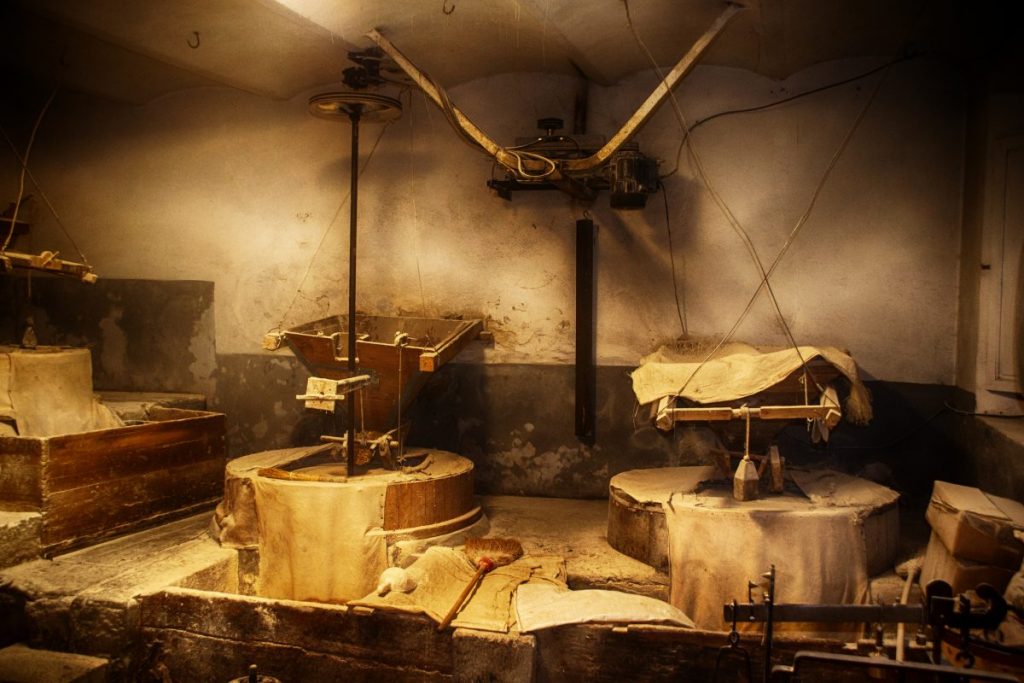 There are two different types of fiber: soluble and insoluble. Water-soluble fiber turns to gel during the digestive process, slowing it down and helping control blood sugar spikes. Wheat bran is an insoluble fiber, meaning it makes its way through the digestive tract without breaking down because it does not blend with water. This adds bulk, which helps speed food and waste through the gut. Most nutritionists agree that the human diet is lacking in fiber-rich foods and recommend between 25 and 35 grams per day. Wheat bran offers 25 grams of fiber per one-cup serving. 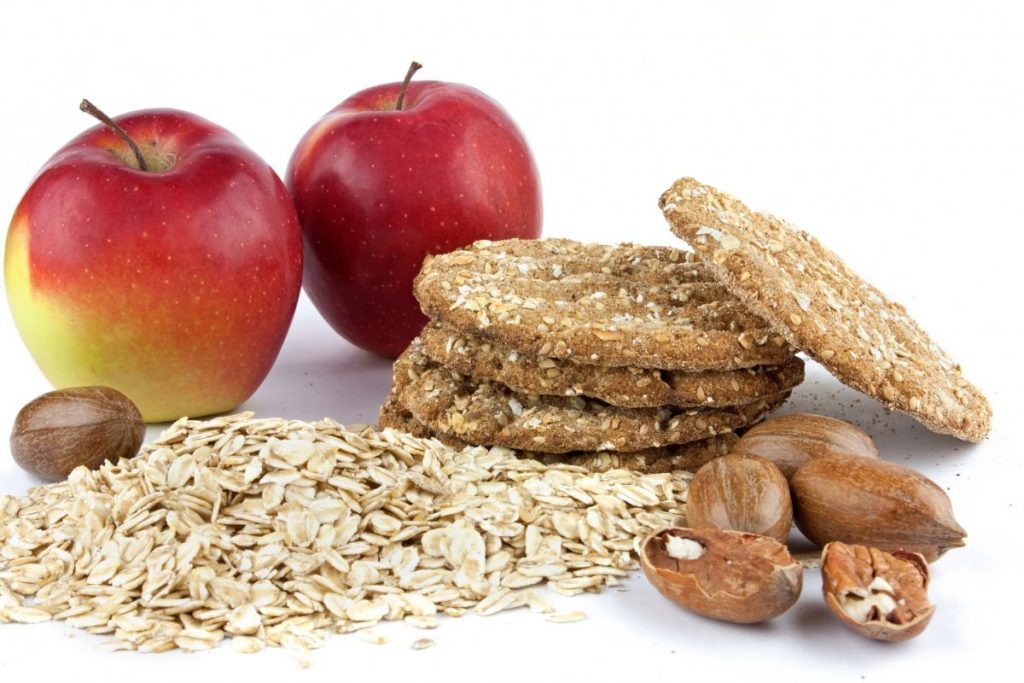 The large intestine contains billions of bacteria that feed on its contents. However, they require fuel. Carbohydrates found in the fiber from fruits, vegetables, and whole grains provide the fuel the bacteria need. The by-products this process creates help fight inflammation and restore the protective mucus layer in the intestine. Insufficient fiber causes a loss of these essential carbohydrates and slows gut transit time. The bacteria instead start to feed on the proteins, which generate ammonia and sulfur compounds instead, damaging bowel cells. Wheat bran, with its high fiber content, can speed up sluggish gut transit time and improve bowel health. 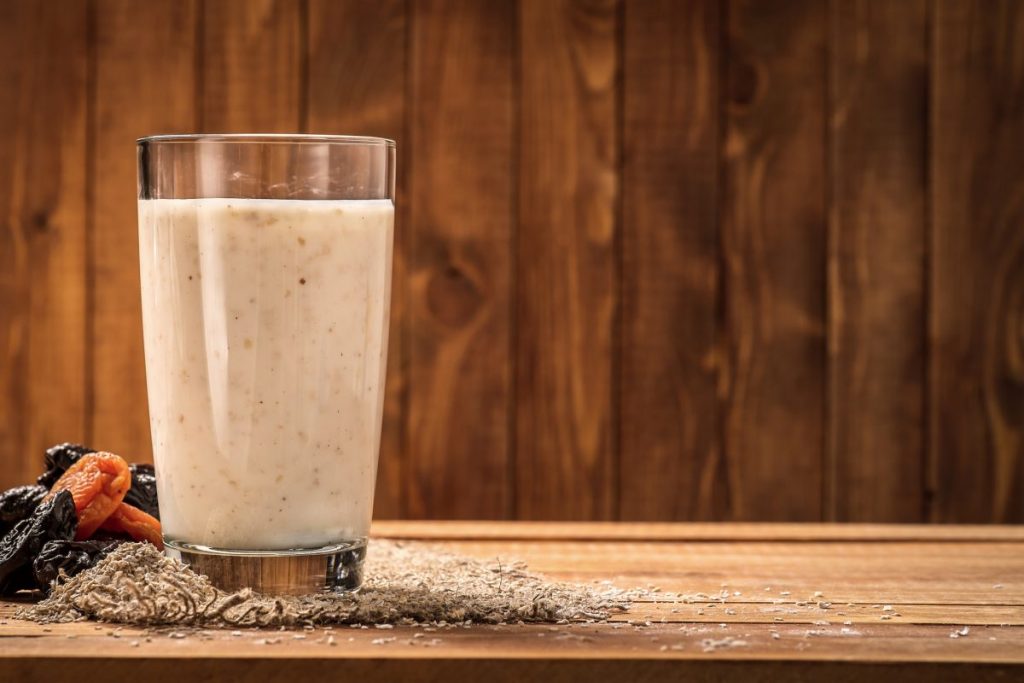 Plants produce phytonutrients or phytochemicals that protect them from viruses, bacteria, and fungi. In the human body, phytonutrients work alone or with other phytonutrients, vitamins, and minerals to enhance the body’s natural defenses against chronic diseases. Dietary fiber is a major phytochemical. Wheat bran contains a number of phytochemicals, including lignans, phytosterols, sphingolipids, and alkylresorcinols. According to studies, wheat bran is the only cereal bran that consistently defends laboratory animals from colon cancer. However, research has not yet identified the specific phytonutrients or fibers that provide this protection. 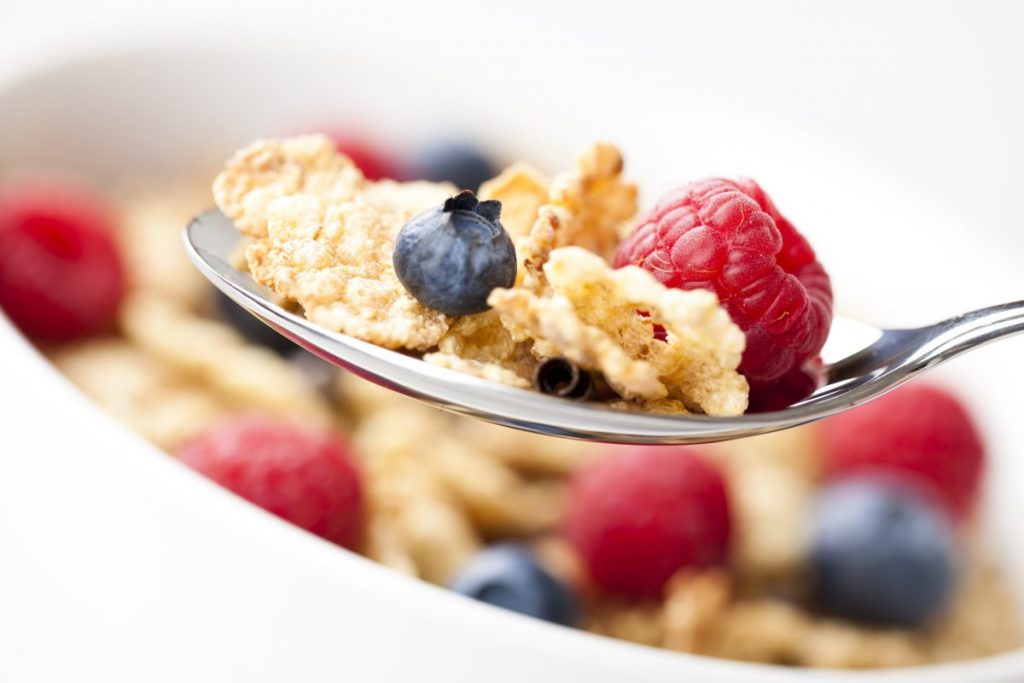 With only 125 calories and 2.5 grams of fat per cup, wheat bran is an excellent choice for dieters. Oat bran has nearly twice the number of calories per cup, a higher fat content, and just seven grams of fiber. On the other hand, oat bran provides 100 percent of the B-vitamin daily allowance, while wheat bran offers a quarter of that. Oat bran is a soluble fiber. The gel-like substance it forms in the digestive tract helps bind cholesterol and dispose of it through the body’s stools. However, nutritional research indicates cereals made with wheat bran offer more antioxidants. 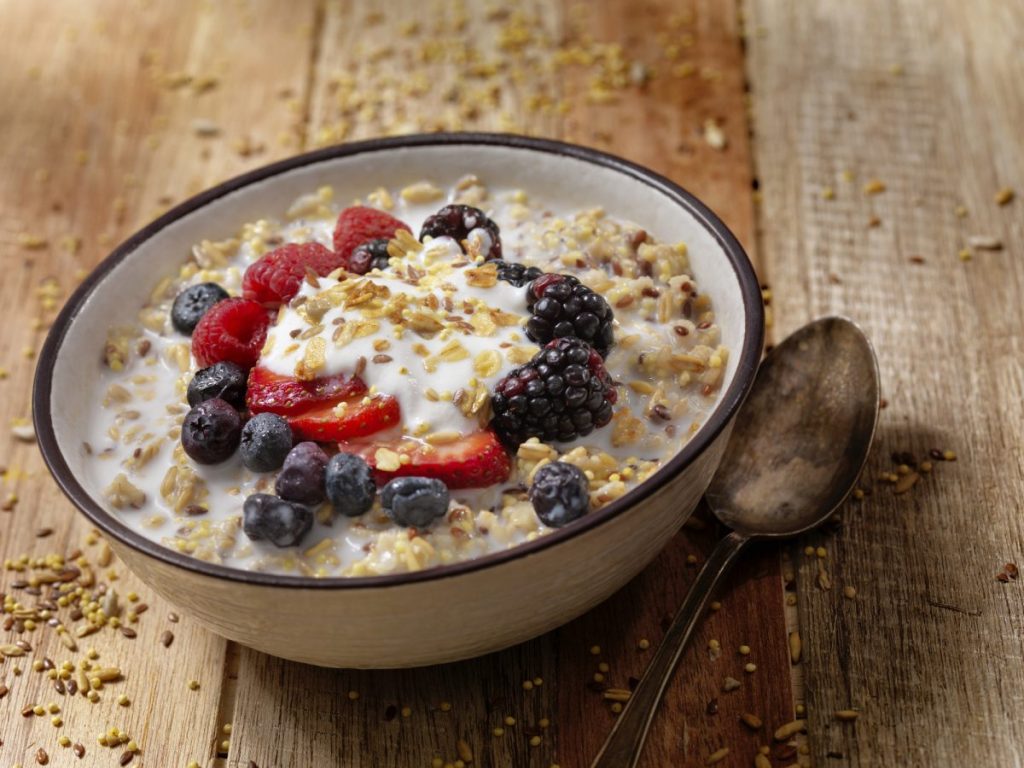 Wheat is adaptable to a wide range of environmental conditions, but these conditions can severely affect its nutritional value. Soils with high acidity or poor drainage are common culprits. Parasites and viral or bacterial pathogens present in wheat can affect the antioxidant levels. The aleurone layer in healthy wheat bran has the highest level of antioxidants. Research indicates the ferulic acid present in this layer allows for the 60% contribution of antioxidant levels in wheat bran. These antioxidants prevent oxidative damage to DNA, proteins, and membrane lipids, which reduces the risk of cancer and cardiovascular disease. 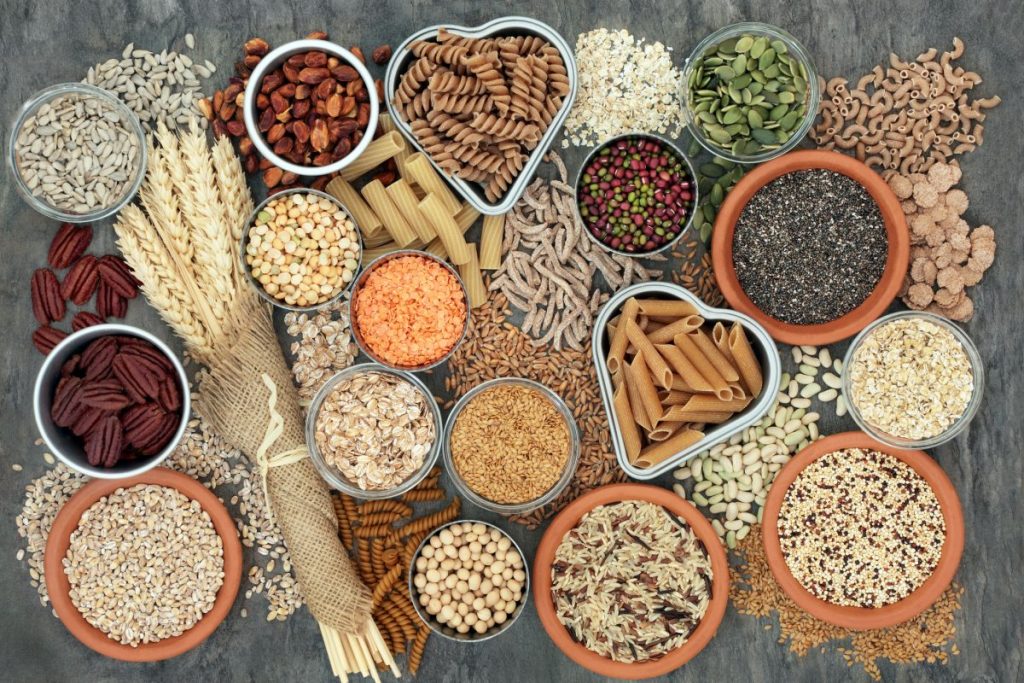 An Increase in Wheat Consumption

The consumption of wheat has increased dramatically in recent decades. Most people are looking for solutions to compensate for the overall unhealthy Western diet, as well as the diseases that often affect adults. Wheat bran fiber reduces serum cholesterol levels, without reducing the “good” cholesterol, HDL. With the high prevalence of cardiovascular disease, especially in the US, wheat bran provides an option. It also offers protection against free radicals due to the presence of feruloyl oligosaccharides, a type of phenolic compound. Wheat bran also protects against colon cancer.

Some people are allergic to wheat, and these allergies manifest themselves in different ways. A disease called Bakers’ asthma mostly affects those employed as bakers or grain millers. Breathing in the grains, flour, additives, and enzymes used in baking can cause Baker’s asthma. Wheat can cause life-threatening conditions for those with conditions such as celiac disease, an intolerance to gluten that affects about 1 out of every 100 people. All three layers of wheat bran contain gluten, so it is included in the grains people with celiacs must avoid. 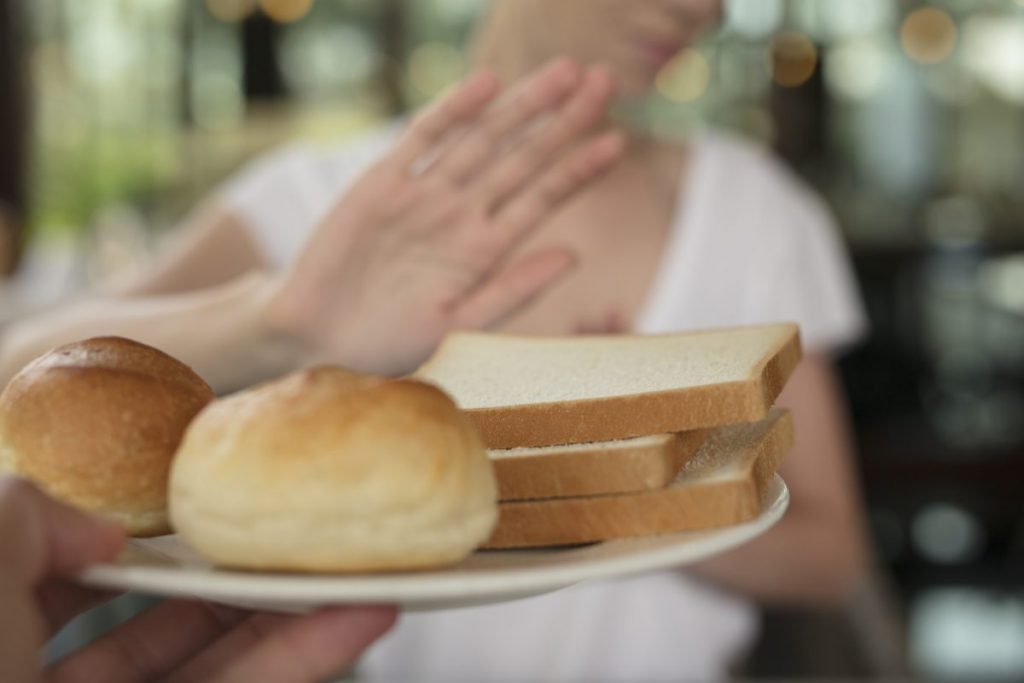