15 of the Best Foods to Eat When You're Sick

There are a number of classic foods people turn to when they're sick. Many of these foods are feel-good staples for a reason; they can unclog your airways and lessen mucous, improving your outlook even as they gently ease symptoms of the cold or flu. Here are ten foods to eat when you're sick.

The old wives tale that says chicken soup is good for the soul and the cold can be backed up by science. In a study published in CHEST Journal, researchers found chicken soup has anti-inflammatory properties that can help relieve symptoms of respiratory infection. Furthermore, chicken contains an amino acid called cysteine, which is released when the chicken becomes soup. Cysteine shares a similar makeup to a drug prescribed for bronchitis. 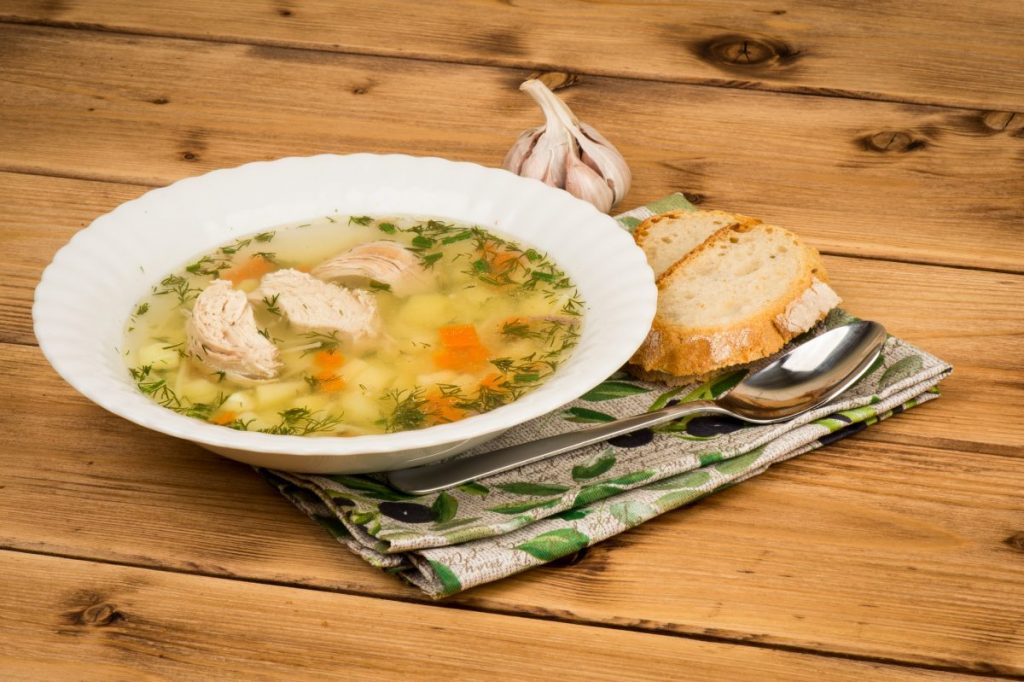 Thanks to the benefits of broth and bouillon, you can get similar benefits to chicken soup without the chicken. Vegetarians and vegans get colds, too, after all. Vegetable broth or bouillon is another suitable remedy for colds and chills. There's a simpler reason for soup's success, too: fluid intake is a physician-recommended way to beat a seasonal cold. 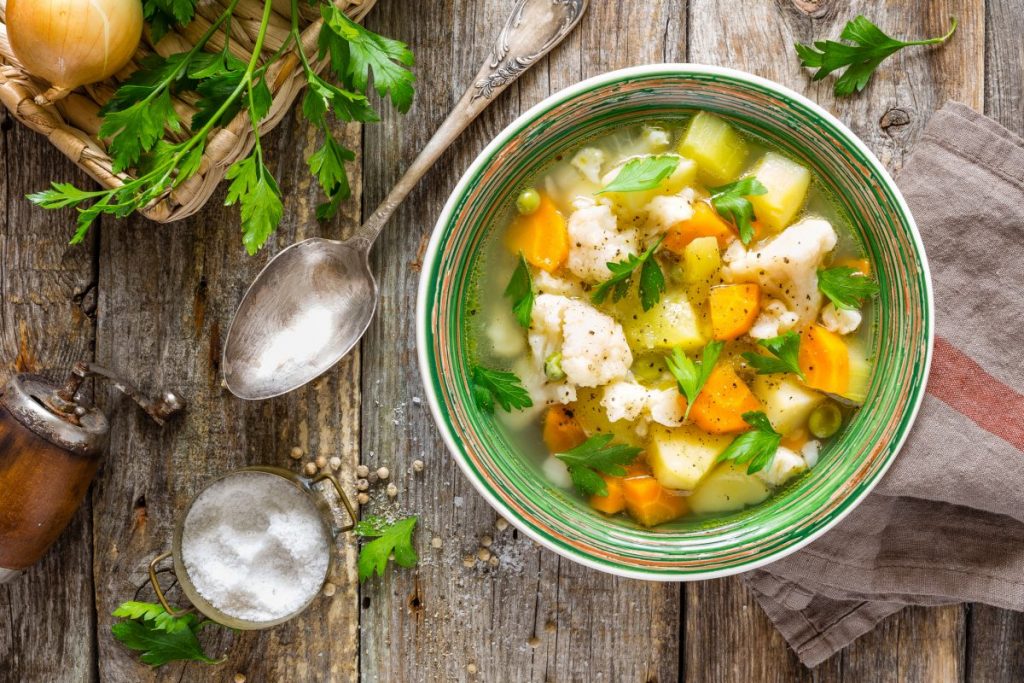 A drop of honey in some hot tea can be the ideal thing when you're feeling under the weather. There's a reason cough syrups and lozenges tend to contain honey; this natural ingredient is an excellent cough cure. Scientific researchers studied more than 100 children with colds to prove this theory. Splitting the children into three groups, they gave one group medicine, one honey, and the third nothing at all. The scientists found the best results in the group that consumed honey. 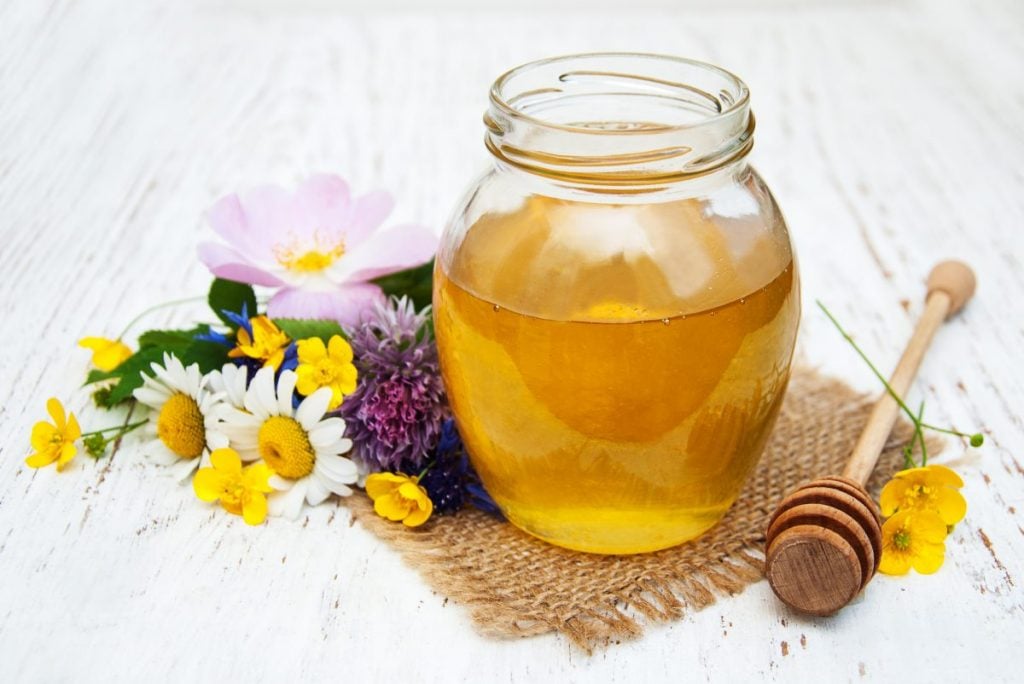 The anti-inflammatory compounds and heat of raw ginger root can help your body sweat out the toxins making you sick. These compounds also help kill the viruses that cause colds in the first place. On top of this, ginger is great for sore throats and gastrointestinal problems like indigestion or upset stomach -- just think of the connection between ginger ale and nausea. 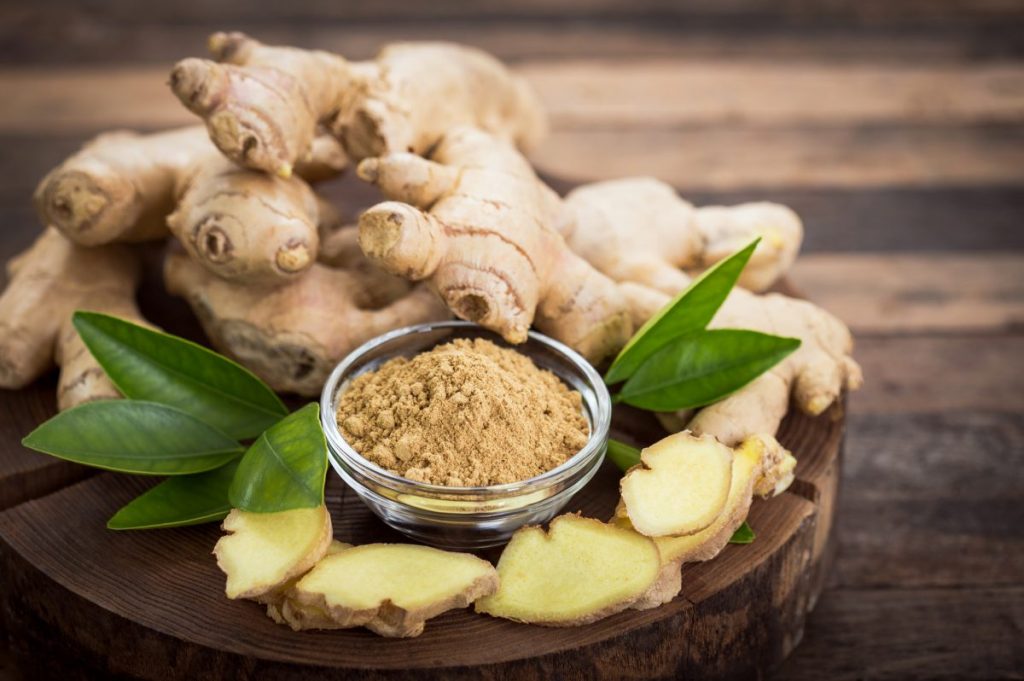 Garlic is one of the most recent discoveries when it comes to natural cold remedies. Studies show the pungent bulb can reduce the severity or even actively prevent a cold. The compounds in garlic -- particularly allicin -- have similar immune-boosting properties to ginger. As much as a clove of raw garlic might not appeal to most people, it is a tried and true remedy for alleviating cold and flue symptoms. 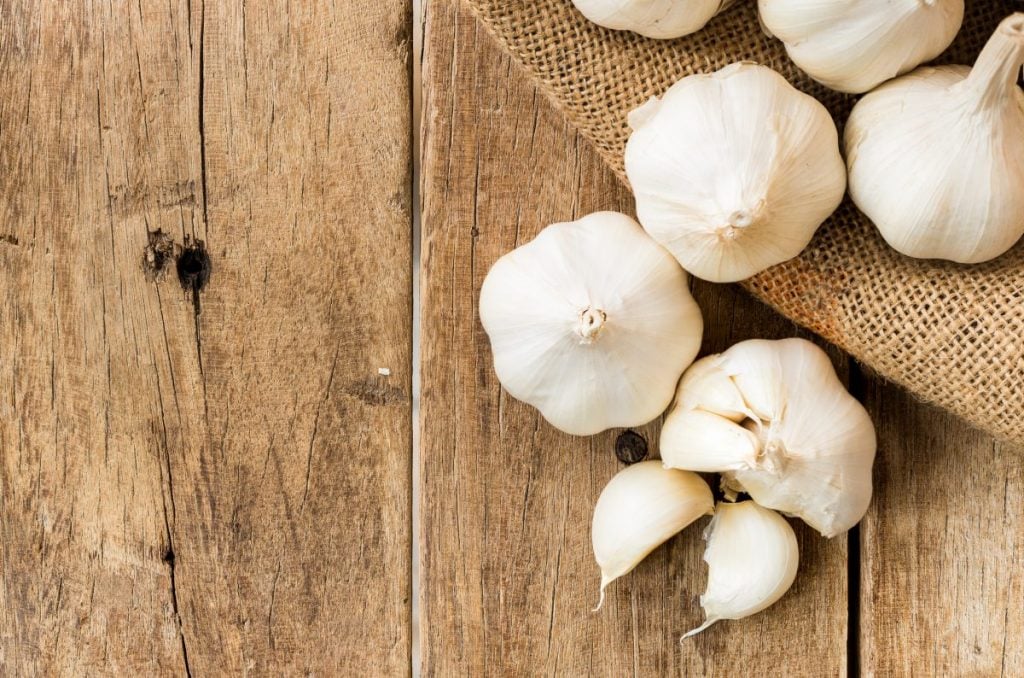 Oatmeal is another antioxidant, immune-boosting food that you should include in your flu-fighting arsenal. The grain is manageable when you feel nauseous, thanks to its mild taste and a large amount of fiber. Found within that fiber is beta-glucan, which helps the immune system fend off bacterial infection and viruses. Adding other cold-busting ingredients to your morning oatmeal and compound the beneficial effects, and overnight oats are easy to prep for the next morning. 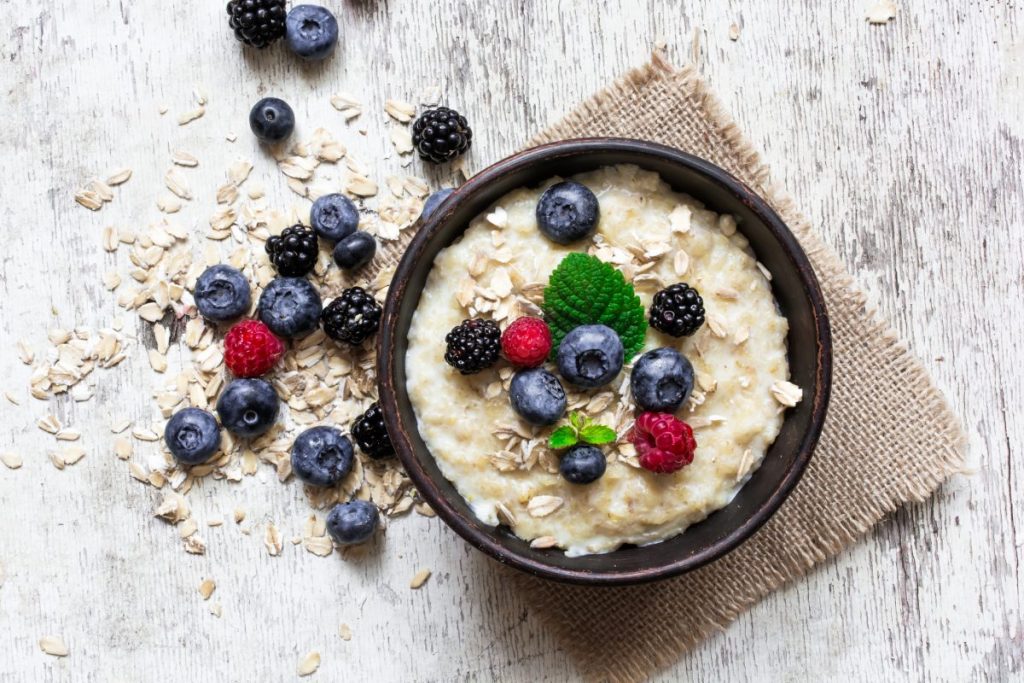 New research suggests that bananas are yet another type of food that can help us to fight off colds and the flu, thanks to a special protein called banana lectin. They're also a good choice for fighting nausea. Nutrient-rich bananas provide healthy calories, potassium, and soluble fiber that can help relieve symptoms like diarrhea. 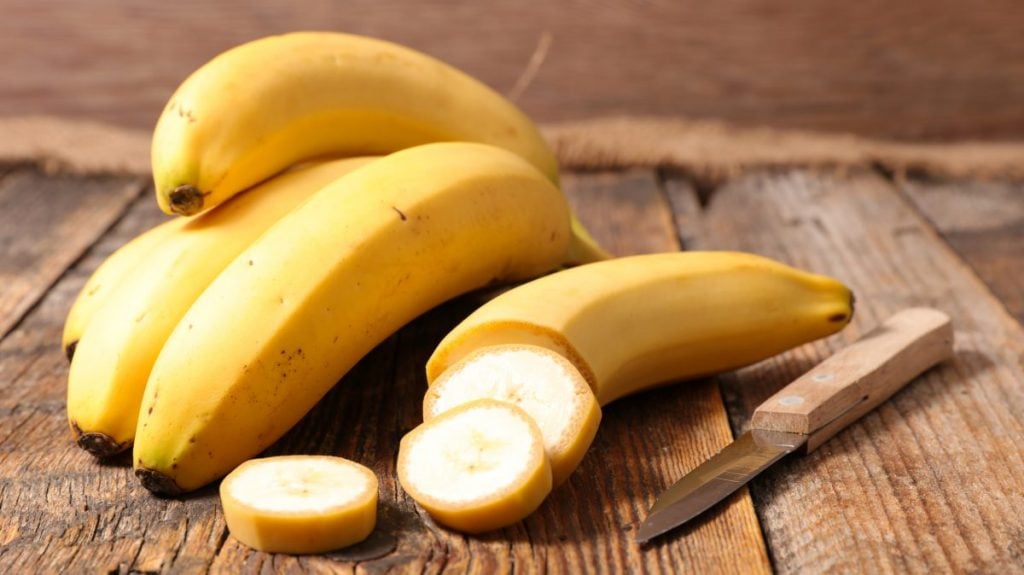 Rice is one of the safest things to eat when you're having gastrointestinal issues. In addition to keeping an upset stomach at bay, rice contains carbohydrates that force your body to create tryptophan -- the amino acid that causes sleepiness, a sensation that can play hard to get when you're dealing with a cold or flu. The American Journal of Clinical Nutrition reports jasmine rice is most effective for helping you to get to sleep. 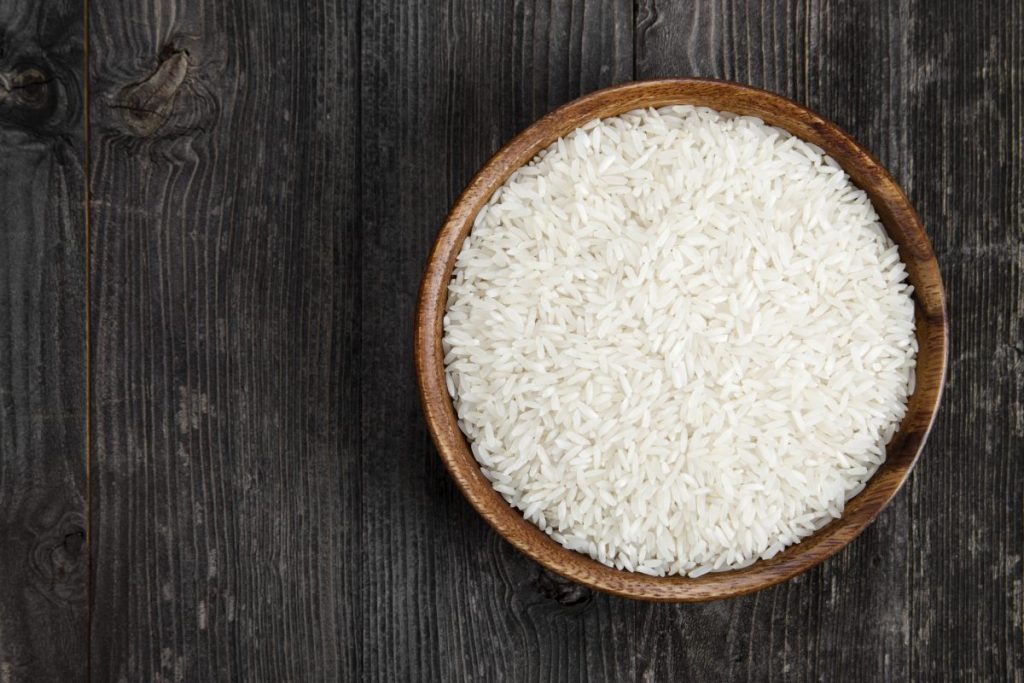 Chili peppers and other hot peppers are great at clearing the sinuses. When consumed, the peppers undergo a mucokinetic effect, making your mucus thinner and helping reduce congestion. Other delicious hot foods that deliver this same effect include horseradish, wasabi, and mustard. 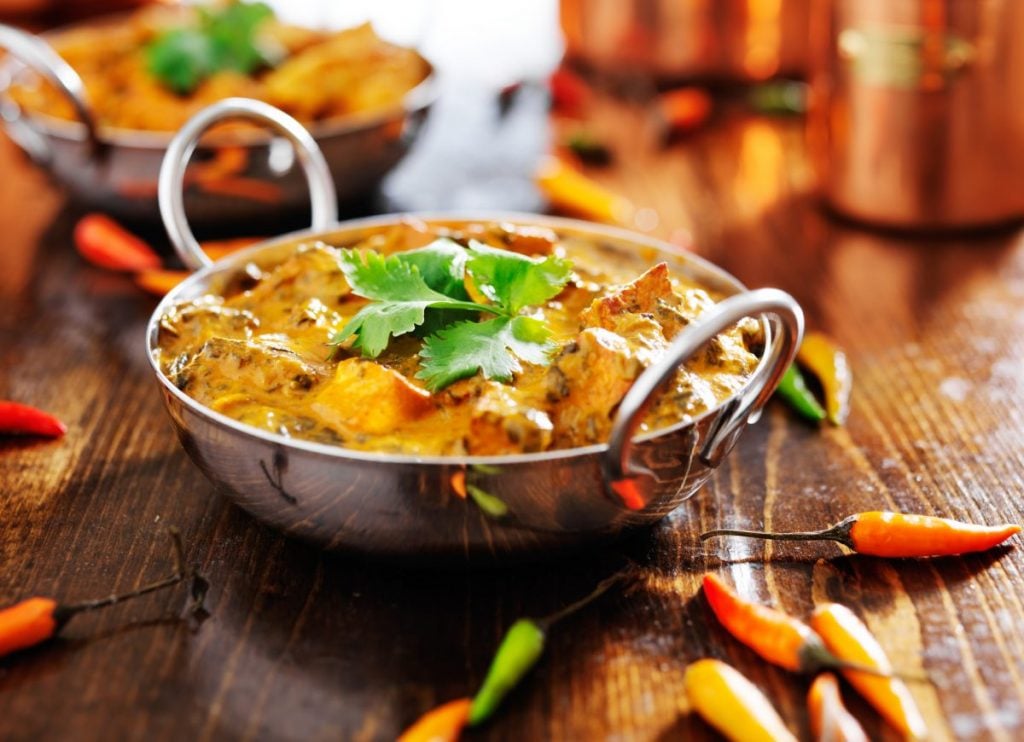 Saltine crackers, dry toast, and pretzels are bland foods that are easy on the stomach and shouldn't exacerbate nausea. If your sickness has dampened your appetite, the starchy calories in crackers can ensure you stay properly satiated. 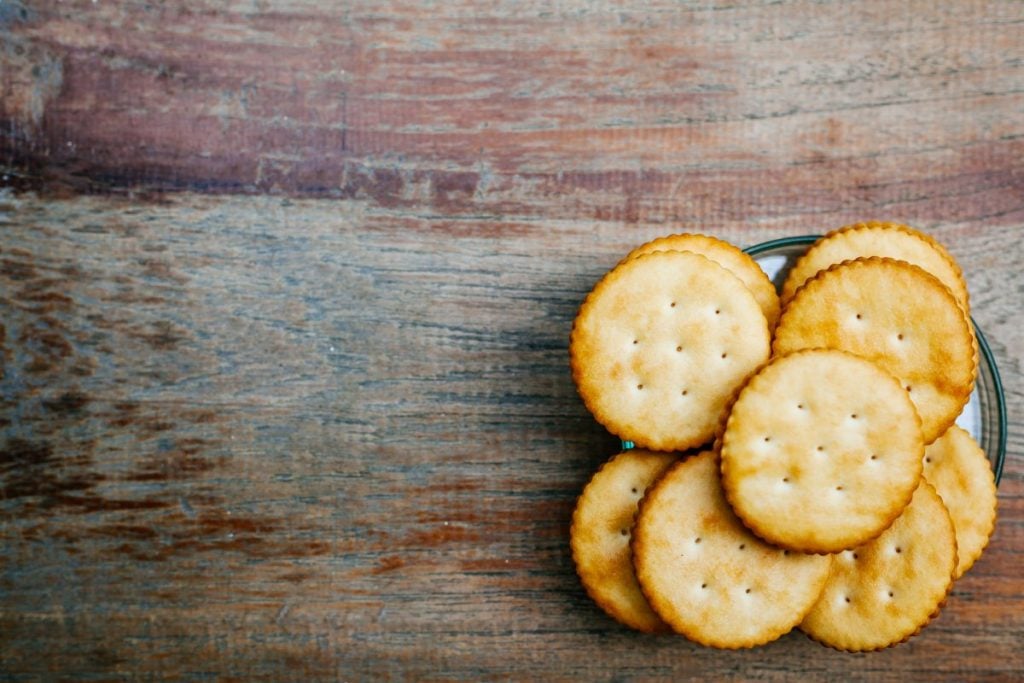 Coconut water is a good way to replace electrolytes, which can be a concern for anyone experiencing illness. Any ailment that causes severe diarrhea or vomiting depleats the body of these essential compounds. Many times, it is easier to sip on a drink than it is to eat. While coconut water is a good source of potassium, which is flushed out of the body through vomiting and diarrhea, it also contains sodium. Anyone who is on a low-sodium diet should speak with their physician before adding coconut water to their diet. 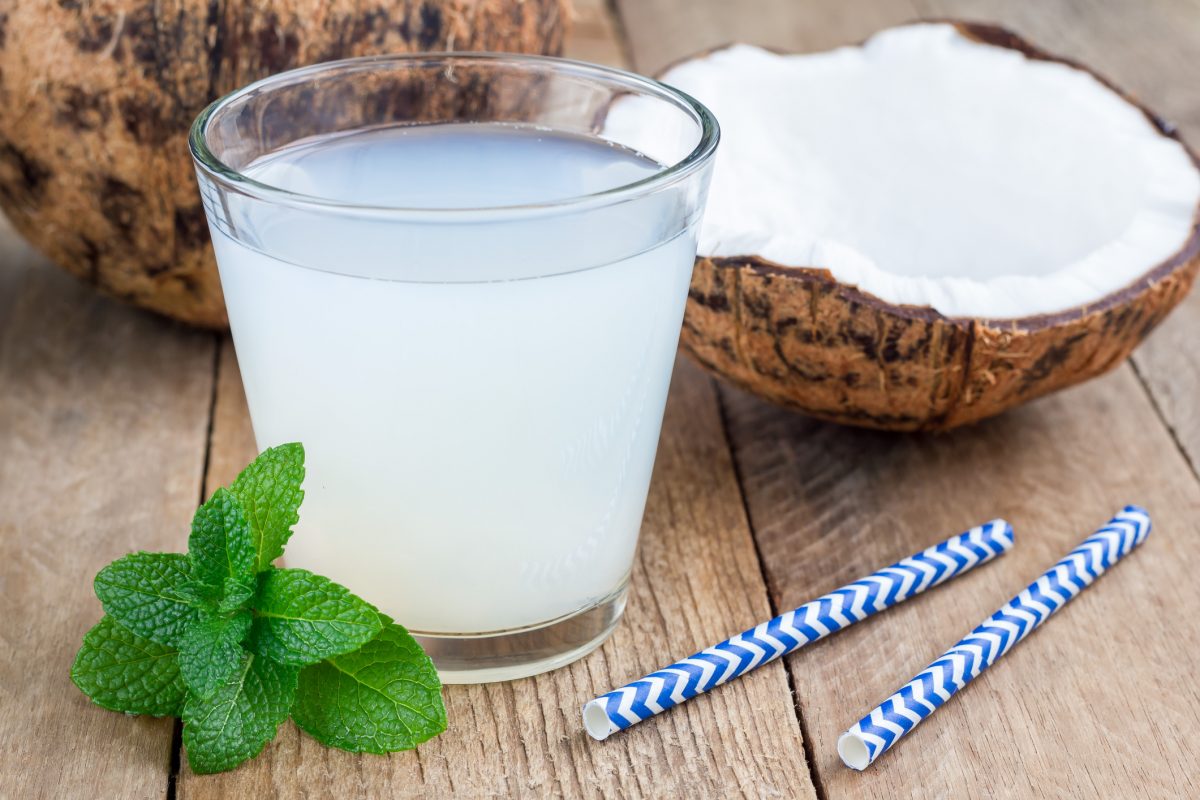 Yogurt makes a great addition to the diet of anyone feeling under the weather. Probiotics can improve digestive health, and researchers are still unlocking other benefits. Another benefit of yogurt for those who are sick is that it is well-tolerated and an easy-to-digest source of protein. People who are ill are often unable to tolerate other sources, such as red meat and beans, so yogurt provides the protein needed to support healing. 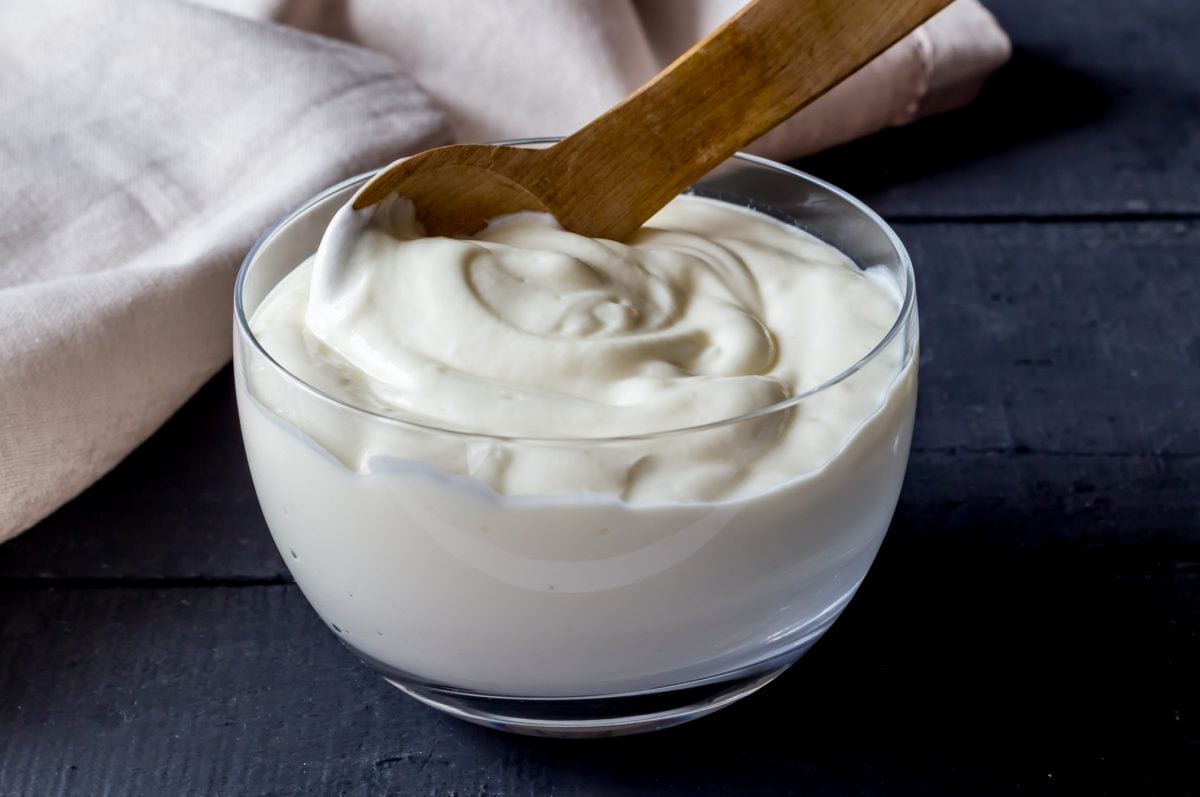 Fresh fruits are packed with vitamins and minerals that help the body function at its best. Berries boost immunity and have antiviral properties. Citrus foods are rich in flavonoids that can speed recovery from illness. Bananas are easy to digest and a good source of necessary potassium. Blending fruit into a smoothie makes an easy-to-sip and nutrient-rich snack. 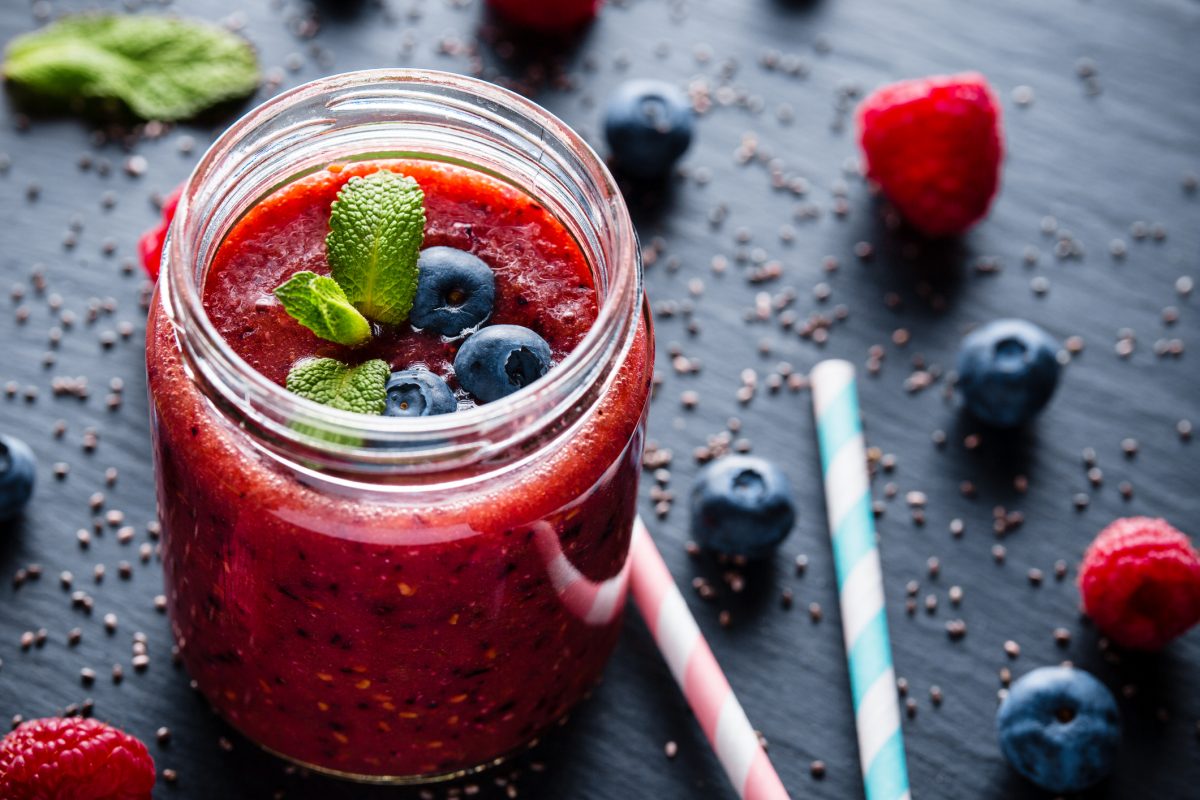 Eating leafy greens boosts a specific type of immune cell that can speed recovery time after illness. Adding kale, spinach, and bok choy to the diet can increase the antimicrobial proteins in the blood and lower immune activation. Leafy greens are also high in vitamin E, which may help the body fight off viruses, and vitamin A, an anti-inflammatory nutrient that boosts the immune system. 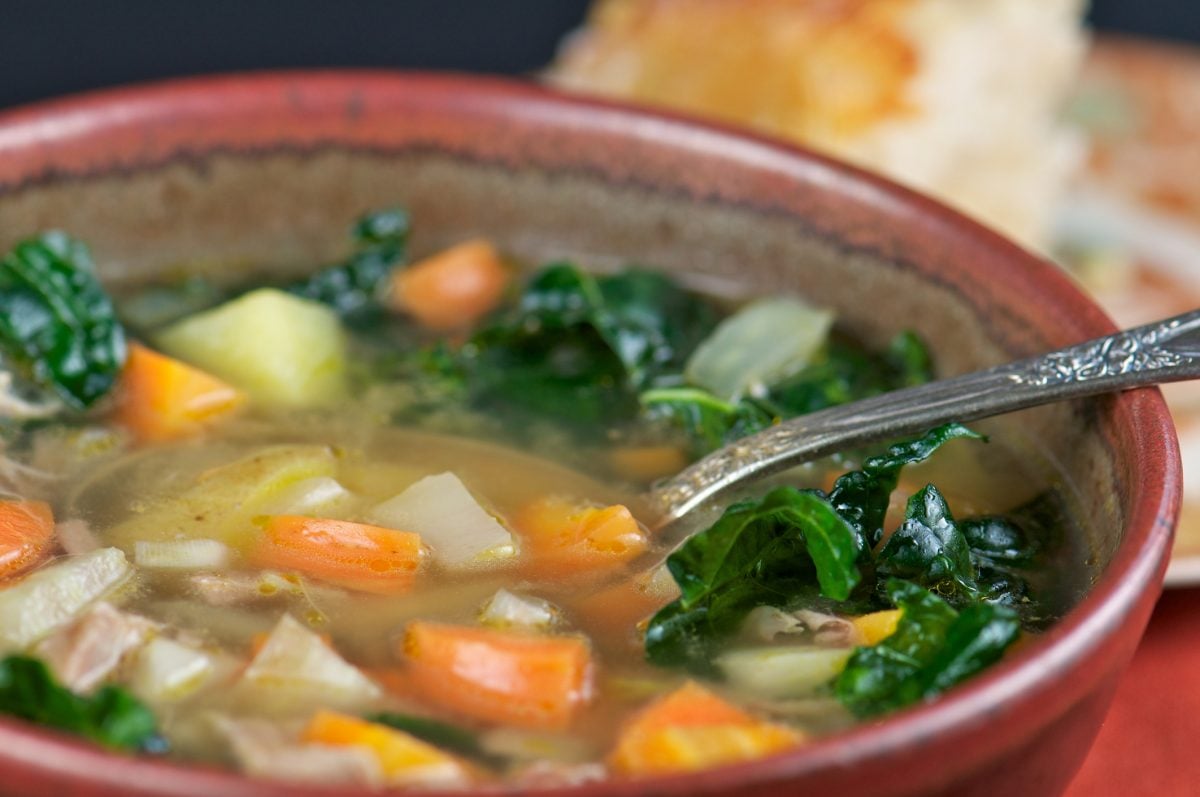 Salmon is a good source of omega-3 fatty acids, which help reduce inflammation responses. While this nutrient is often associated with easing conditions resulting from chronic inflammation, such as heart disease and arthritis, its ability to decrease inflammation can also help clear lung infections and make it easier for people with congested lungs to breathe. 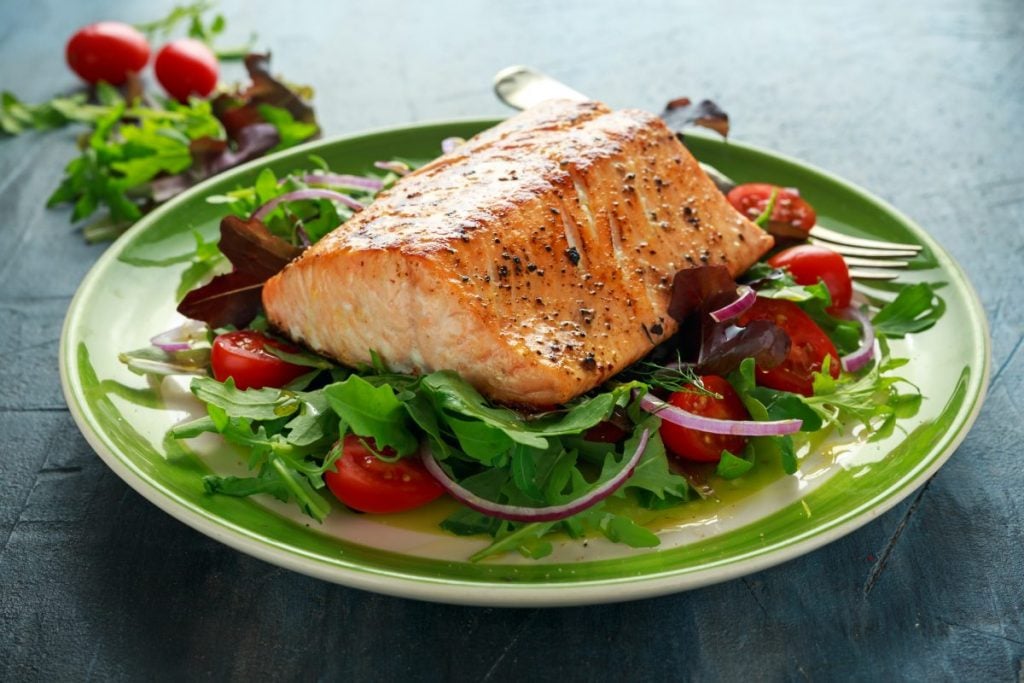