10 Diseases You Can Get From Your Pets

Pets are beloved members of many households, and owners consider their pets to be a big part of their family. While pets play a significant role in our quality of life, they can also bring some unexpected dangers. Certain diseases can be transferred from pets to humans, either through direct contact or through exposure to their food, water, or waste. Some people are more vulnerable to the diseases that pets carry and should take protective measures to avoid sickness.

Tapeworm, is the common name for Cestoda, a parasite that can live in the intestines of dogs, cats, and other furry pets. These worms infect pets when they swallow fleas during self-grooming. Recognizing that your pet has tapeworm is easy; you will see tapeworm eggs, larva, or segments from the tapeworm in the pet's stool. Human infection can take place when a person accidentally ingests tapeworm eggs. Failing to wash your hands after exposure to tapeworms, consuming contaminated food or water, or consuming undercooked meat may lead to an infection. While the infection is easily treatable in both pets and humans, it can lead to serious health problems if left untreated for too long. Keeping your pets on reliable flea prevention is the best way to avoid tapeworms. 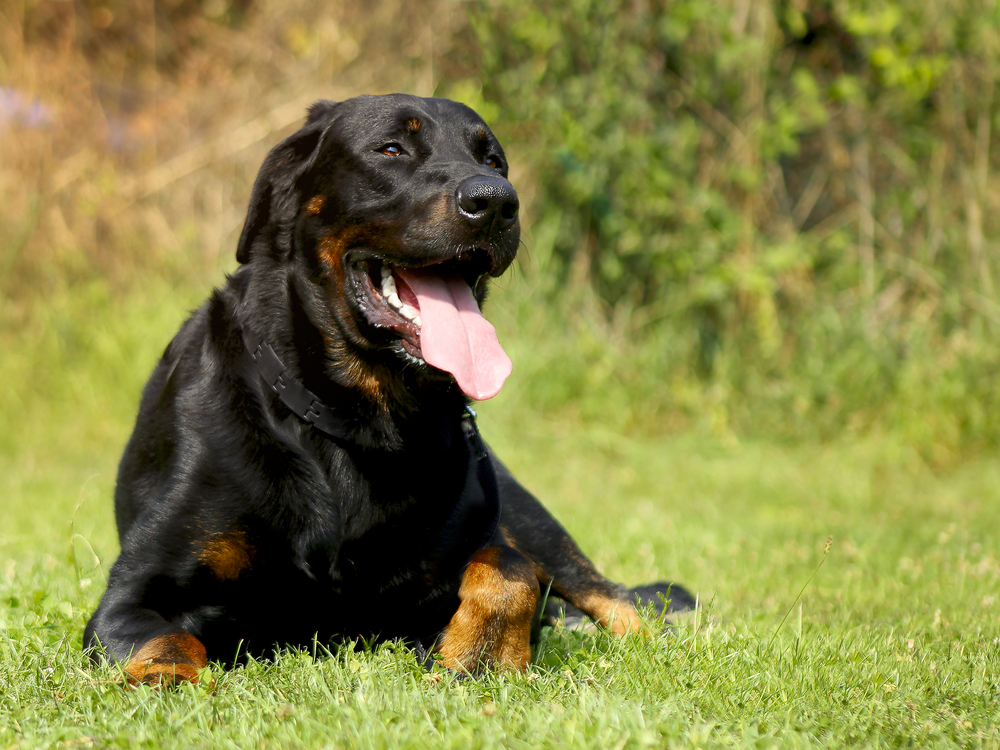 Contrary to what its name suggests, ringworm is not, in fact, a worm; it is a fungal condition. This condition is noticeable because of a red, scaly patch on the skin or a bald patch on the scalp. Cats, dogs, and domesticated farm animals can all transmit ringworm. Transmission can take place via direct contact with the animal, but it can also be transmitted through contact with the animal's toys or bedding. In most cases, ringworm can be easily treated with an ointment available through prescription. 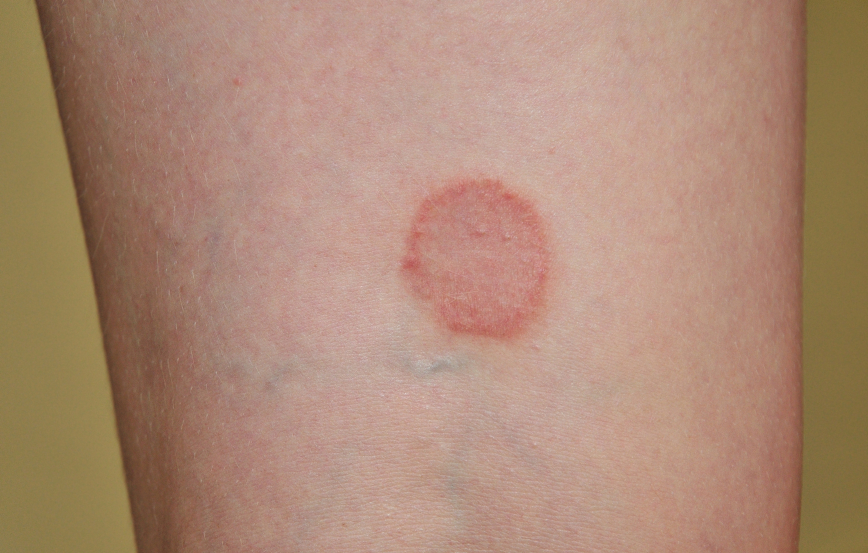 Also known as Cat Scratch Disease (CDS), Bartonellosis is a bacteria that flea-infected pets can transmit. Cats are the most common carriers of the bacteria and can transmit it to humans via bites and scratches. In most cases, the infection develops at the site of the injury within 14 days. It will resolve on its own, with or without treatment, within a month. Bartonellosis is usually not dangerous; in fact, an infected person may not even know that they have been exposed to the bacteria. However, in rare cases, the bacteria may lead to the development of more serious conditions, particularly in immunocompromised people. A mild antibiotic can help eliminate the bacteria quickly. 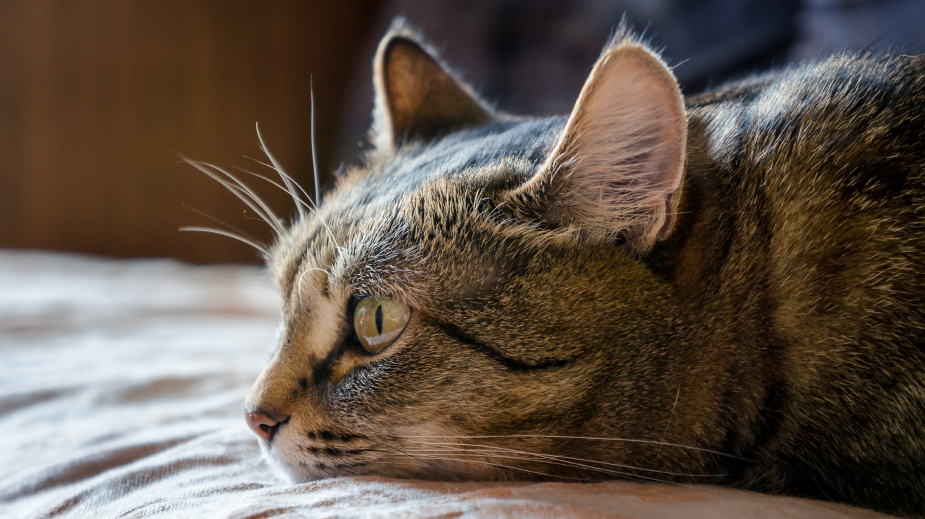 Roundworm is a parasite commonly found in the intestines of cats and dogs. Pets can contract these parasites in a variety of different ways, such as eating an infected mouse or drinking contaminated water. Pet owners can contract this parasite when they come into contact with their pet's stool and fail to wash their hands properly. In humans, roundworm infection may cause coughing, breathing problems, abdominal pain, and bloody stool. A simple course of anti-parasitic medication will quickly kill the parasite. If left unchecked, a roundworm infection can lead to problems for the body's vital organs. 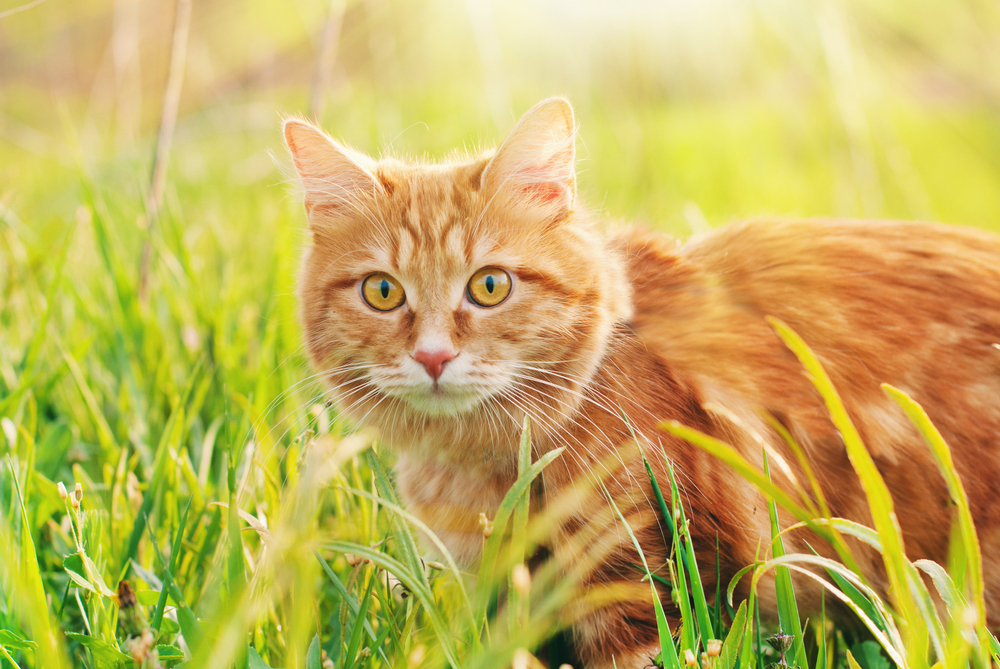 Salmonella is an infection that results from exposure to bacteria of the same name. It is most commonly caused by consuming contaminated food or water. However, it can also be transmitted to humans when they handle reptilian pets such as snakes, iguanas, lizards, and turtles. Nearly 75 percent of reptiles carry the salmonella virus. Salmonella poisoning is associated with diarrhea, abdominal cramps, and fever. Infection can be avoided by washing your hands each time you handle your pet and by keeping their habitat away from your kitchen and bathroom. 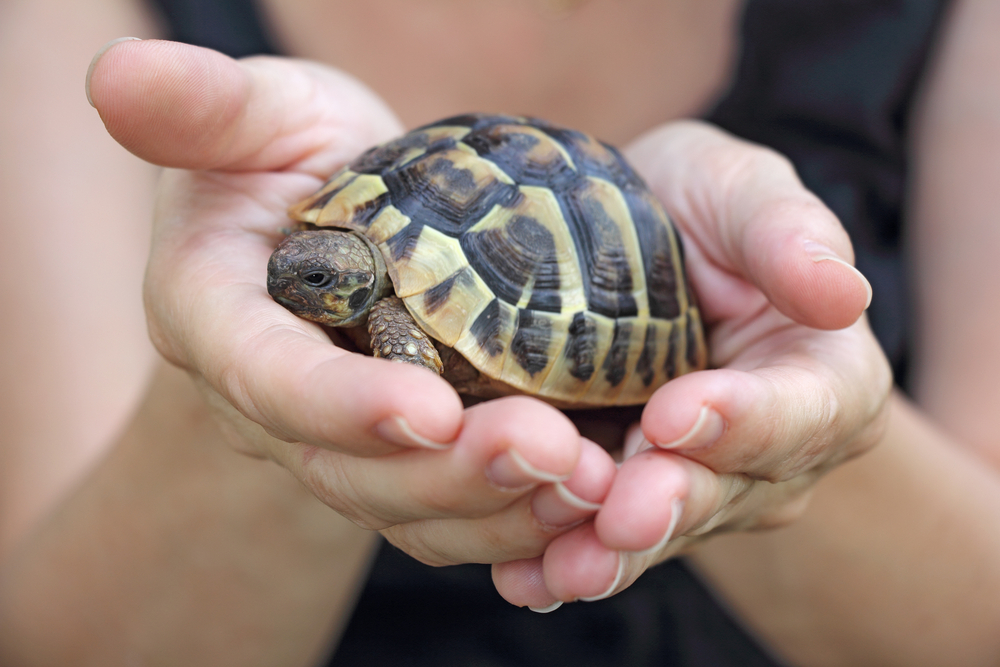 Rabies is a viral infection that is often associated with dog bites. While over 90 percent of cases are attributed to dogs, animals like raccoons, bats, foxes, and skunks can also be carriers. The virus can be contracted not just through bites and scratches but through any contact with an infected animal's saliva or mucus. In humans, rabies can cause fevers, tingling at the site of the infection, hydrophobia, confusion, and fainting. If left untreated, the infection can lead to brain swelling, which is a life-threatening condition. 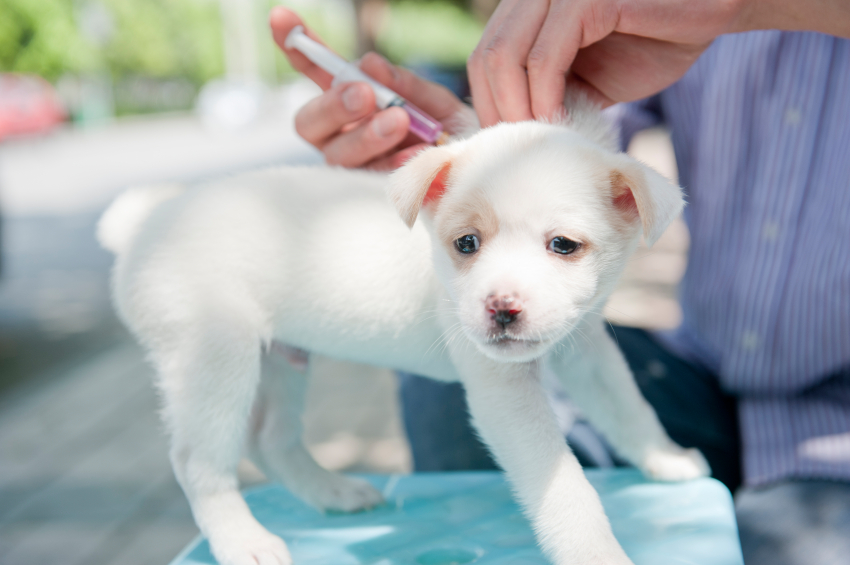 Toxoplasma gondii is a parasite that is most commonly associated with cats, although any warm-blooded animal can be a carrier. This parasite is generally found in cats that spend a lot of times outdoors hunting rodents and other small creatures. The disease that results from exposure to the parasite is called toxoplasmosis. In most cases, it is contracted through exposure to an infected animal's stool, though it can also be contracted through consuming undercooked meat. The infection produces flu-like symptoms and is easily treated with medication. Pregnant women with cats should avoid handling the litter box, as toxoplasmosis can be transmitted to their unborn child. 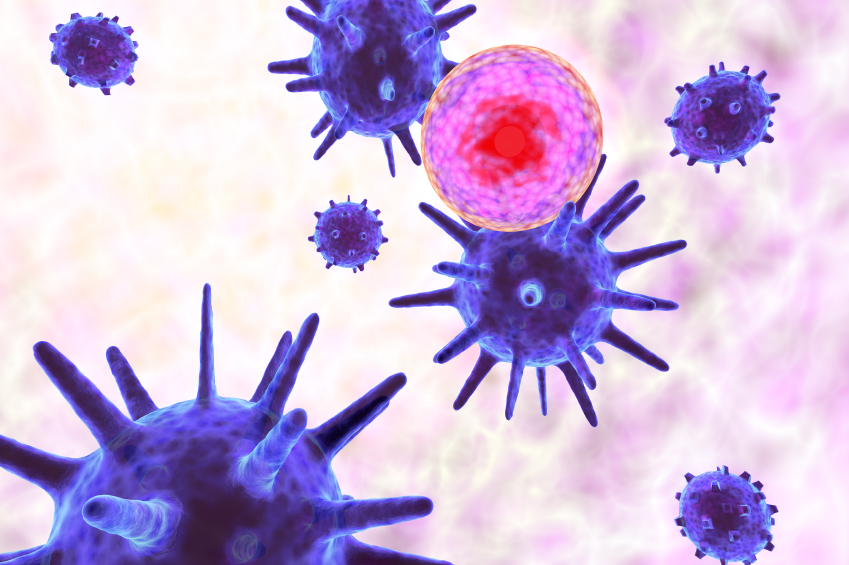 Commonly known as Parrot Fever, Psittacosis is caused by the bacteria Chlamydophila psittaci. Pet birds, including parrots, parakeets, and macaws are responsible for the transmission of this disease. Humans may contract this bacteria through contact with the bird's feces, dry saliva, or feathers. Symptoms of Psittacosis include flu-like symptoms, including fever, chills, dry cough, and muscle aches. It is recommended that bird owners wear protective gloves and a face mask when cleaning their pet's cage. 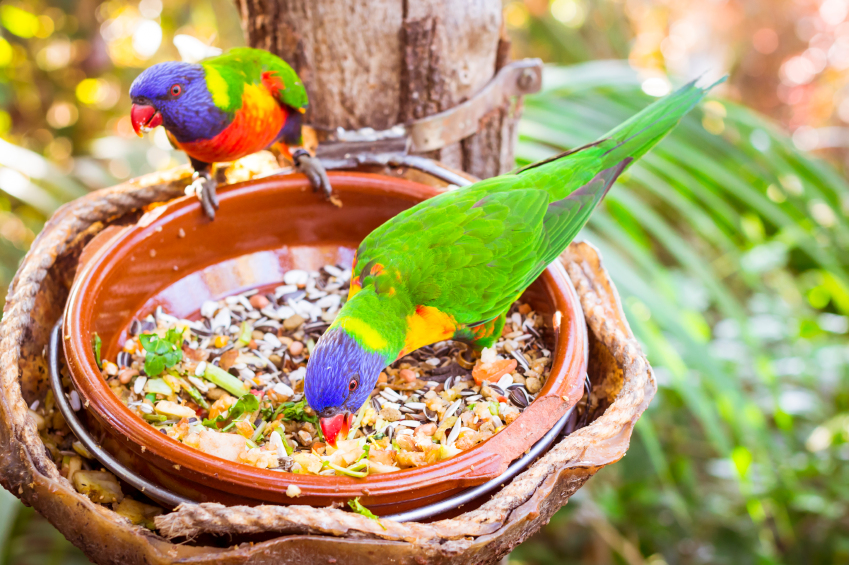 Giardia is a waterborne microbe that is commonly found in rivers, lakes, and pools. When pets drink contaminated water, they can become infected. Pet owners can contract Giardia by handling their pet's stool and failing to wash their hands properly. To prevent infection, keep your pet away from water sources and places where they could be exposed to the feces of an infected dog. If an infection does occur, an antibiotic can be prescribed. 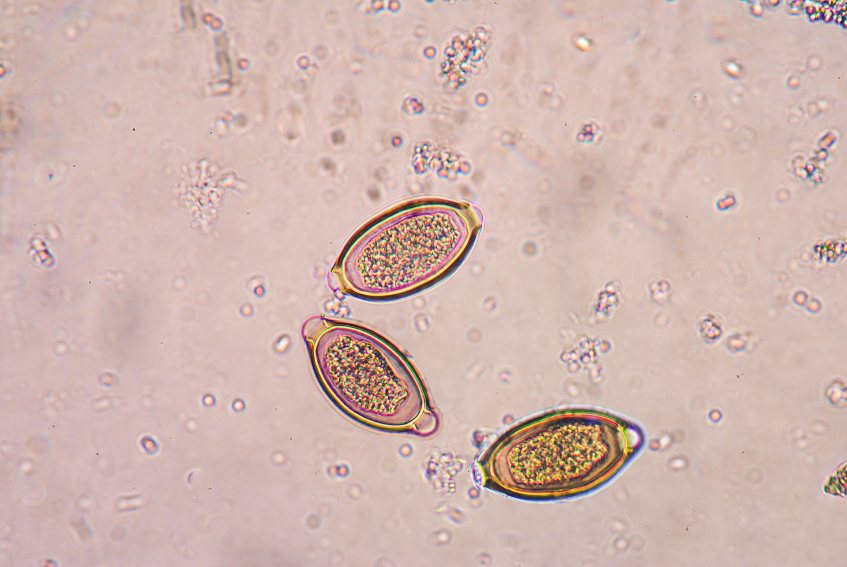 Hookworm is a parasite transmitted through soil particles. Dogs and outdoor cats are particularly vulnerable to infection and can pass it along to their owners. The most common symptoms of hookworm include abdominal pain, diarrhea, constipation, and nausea. In children, the infection can negatively affect physical and mental development. If contracted, hookworm should be treated immediately. 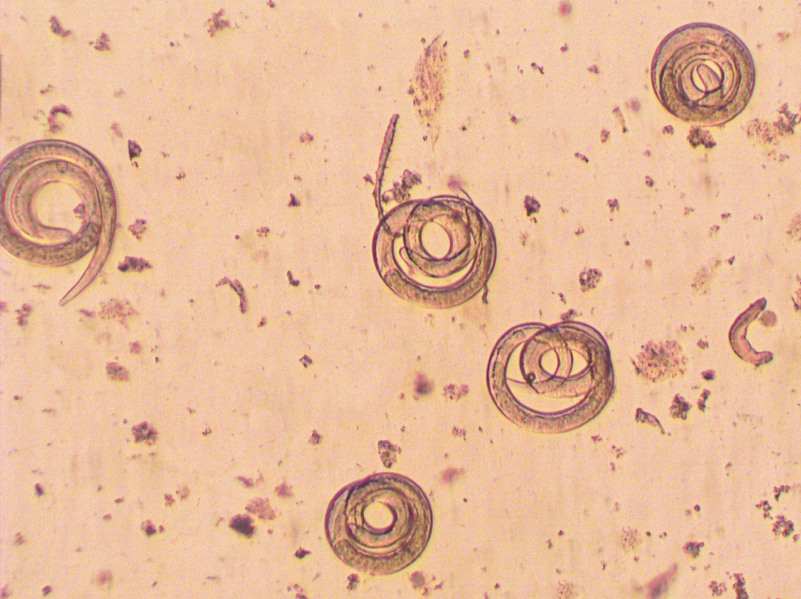