Inversion Tables and Their Effects

In theory, shifting the body’s gravity helps ease the pressure on high-stress structures, such as the spine. Because of this, many people have turned to inversion tables to help combat their lower back pain. Inversion equipment also enables various exercises to help build core muscles that are often difficult to strengthen and can also contribute to spine health.

Consumers have access to several styles of inversion tables. Standard is a rotating table with slots for the feet that hold the body in place while upside-down. Inversion chairs are similar, but the user instead straps themselves in a seated position. Both chairs and tables allow users to choose the degree of inversion. Some chair styles offer the choice of remaining in a sitting position or extending into a standing one while at steeper inverted angles. 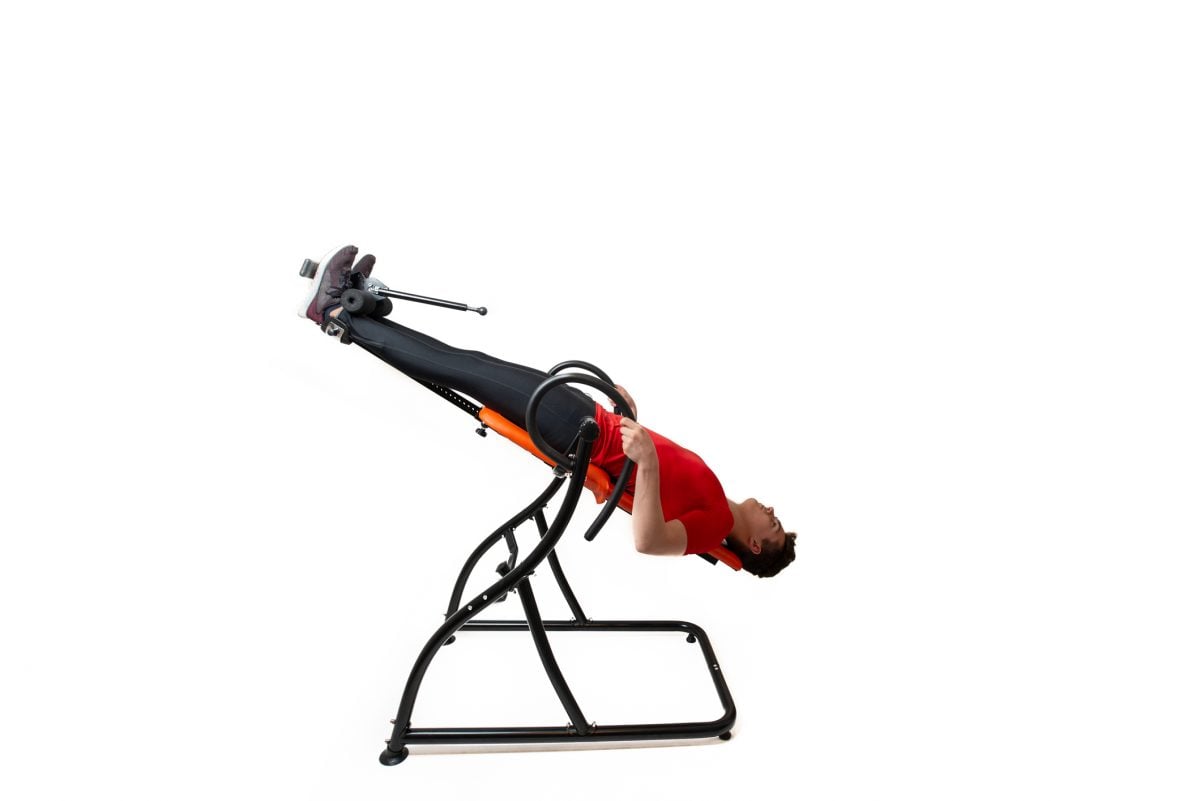 How to Use an Inversion Table

Using an inversion table is fairly straightforward. To begin, set the table’s height and maximum inversion. Traditional tables start at around a 60-degree angle to make it easy to mount and dismount. Lay on the table, locking the ankles in the support bar and attaching any available support belts. Some tables rely on arm positioning to determine when and how to rotate while others rely on the user to push or pull on a handle. Users who are new to inversion tables should start at mild inversion angles for short periods until their body acclimates to inversion. 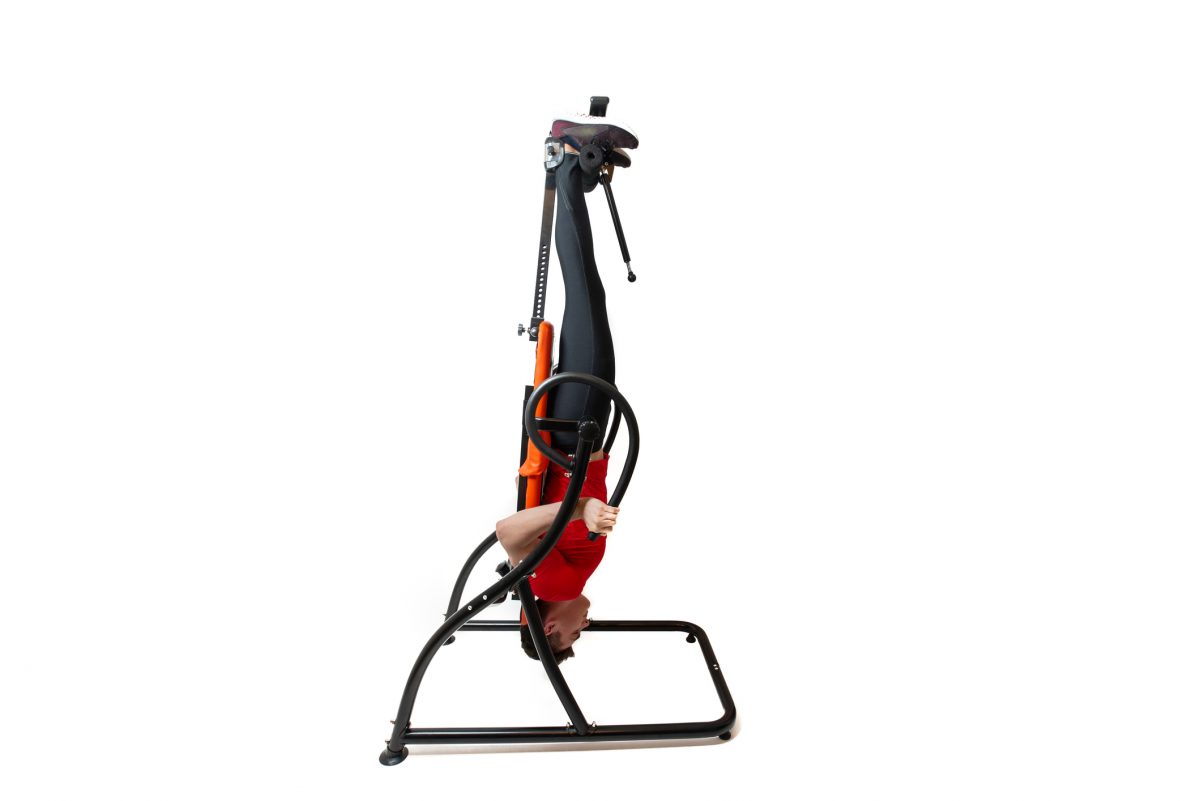 People who support inversion therapy claim that its benefits stem from reducing gravitational stress on the body. While standing upright, the spine is constantly battling the weight of the body and the pull of gravity. Supporters of inversion therapy claim that it decompresses the spine, alleviating some of the issues resulting from a standing posture. Inversion chairs provide a similar effect for the knees. 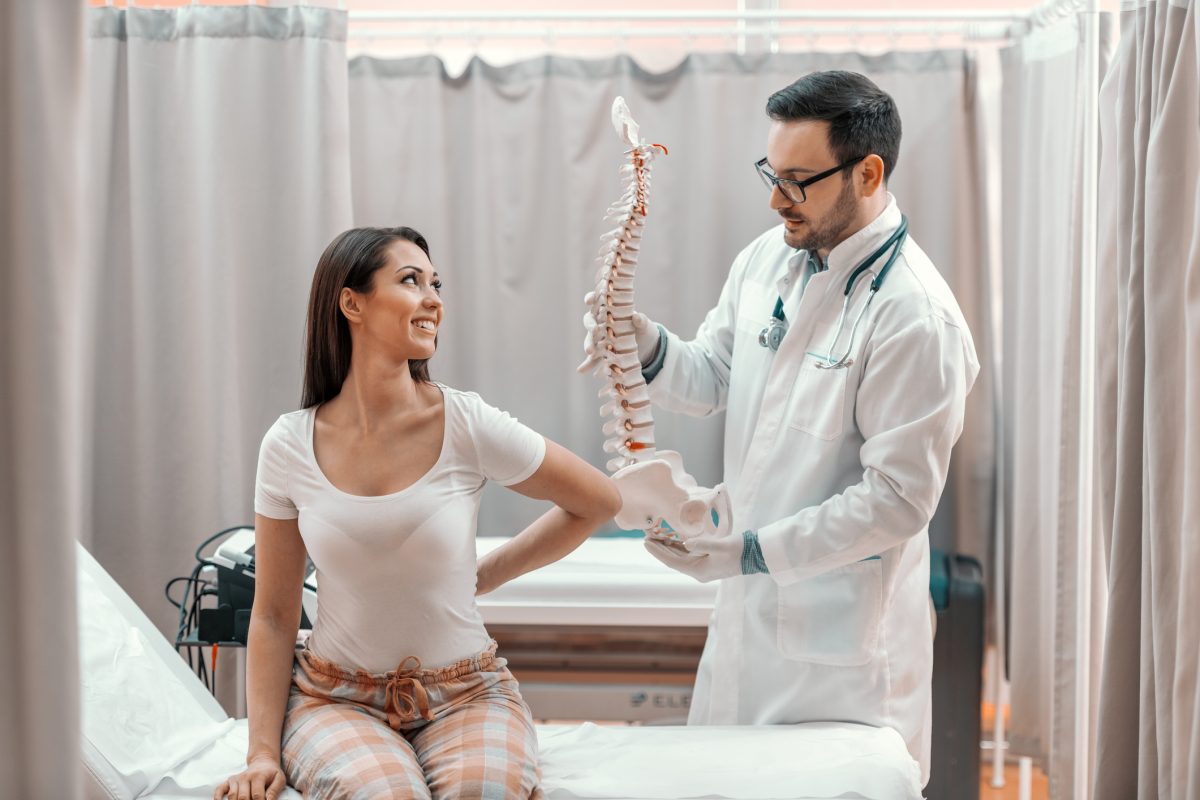 How Long in the Chair?

Experts recommend that new inversion table users spend only 30 seconds to a minute at more severe inversion angles until they have some experience. Steadily increase the amount of time on the table and return to an upright position if you experience any odd or worrying sensations. Being upsidedown can lead to severe complications and even death, though this usually occurs after many hours. For safety reasons, most trainers suggest using an inversion table for no more than 20 minutes. 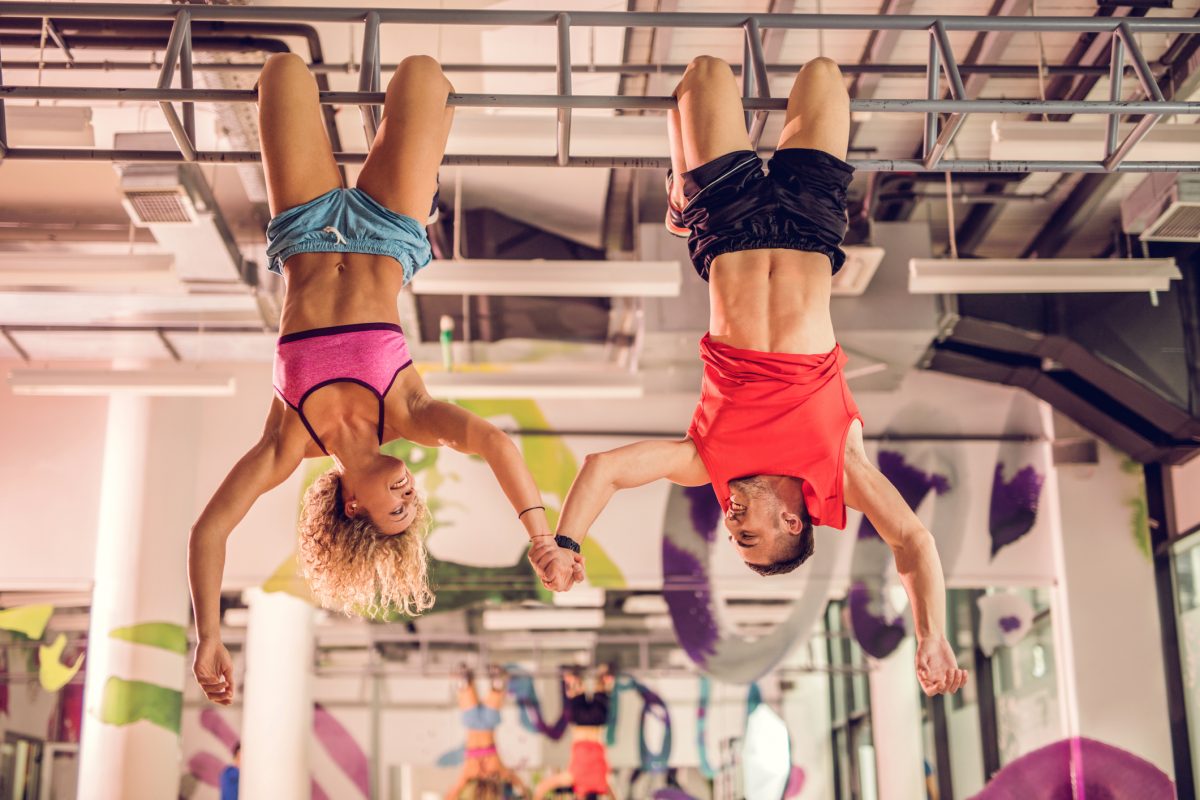 Several studies indicate that three-minute sets of inversion therapy at 60 degrees helped to reduce lower back pain after eight weeks. Other studies suggest inversion tables may improve torso flexibility and strength. Another study found that people who used inversion therapy had less of a need for surgery. However, these studies largely show short-term relief, and there is little evidence supporting any long-term benefits.

Inversion tables have the additional benefit of accomodating many exercises. Some people perform crunches while on an inversion table, which allows them to build core strength. A typical routine includes three sets of 12 to 15. Torso rotation exercises are also popular, as are various back stretches. It is important to lock the table at a certain angle to prevent these movements from rotating it further. 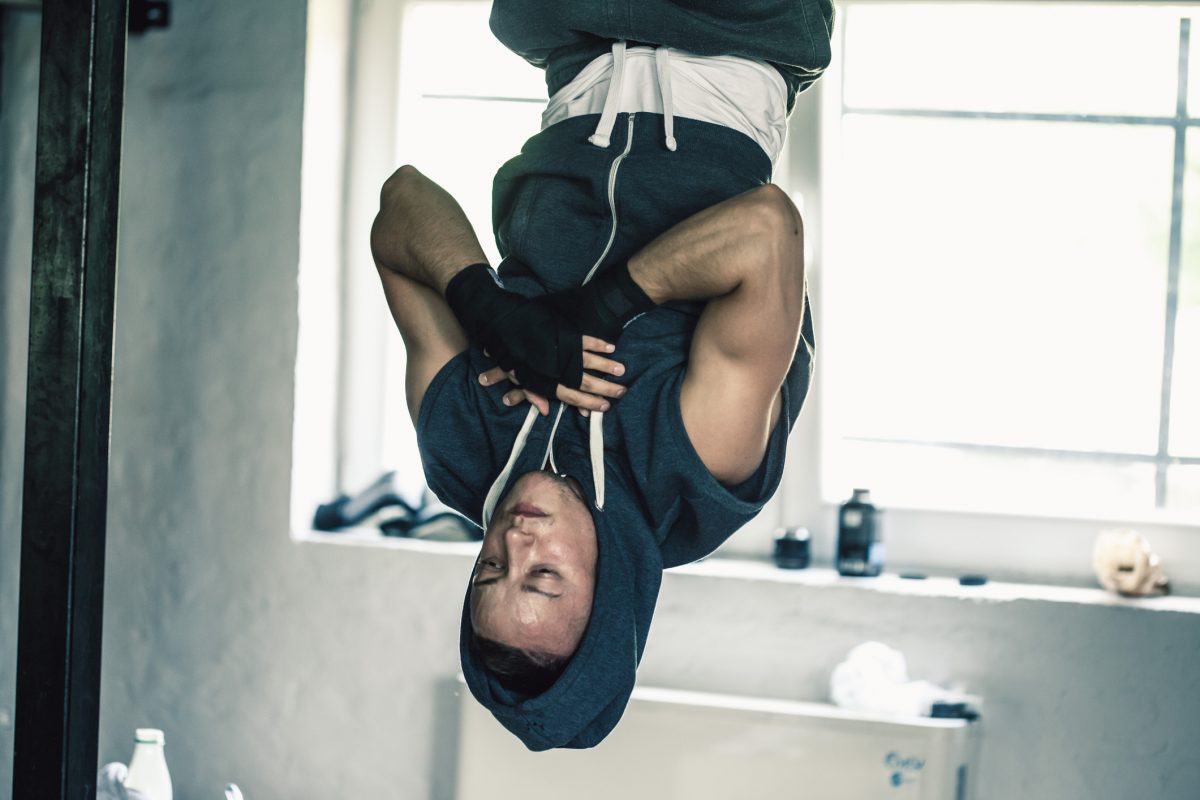 Performing crunches or similar core exercises on an inversion table works other areas such as the obliques and the transverse abdominal muscle. These are responsible for overall stability for the chest and spine, and various core movements. Crunches may also strengthen the rectus abdominis muscles, which many people refer to as the “abs” or “sick-pack.” Interestingly, studies show that inversion tables reduce the workload of the lower back muscles. 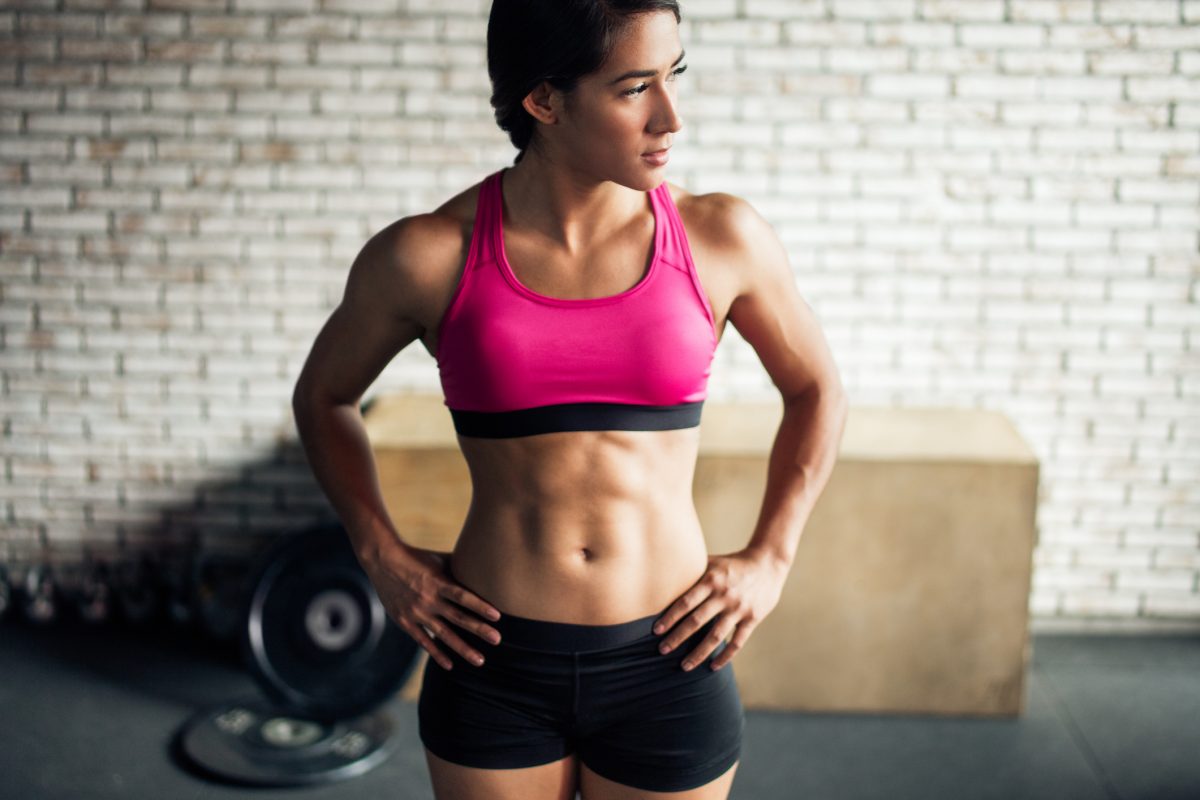 Who Should Not Use an Inversion Table

Inversion causes blood to rush to the head, which slows the heartbeat and increases blood pressure. The pressure in the eyes also increases dramatically. For these reasons, doctors advise people with high blood pressure, heart disease, glaucoma, or who are pregnant to avoid inversion therapy. Inversion tables may also be unsuitable for individuals who are taking medications that affect blood clotting or blood pressure. 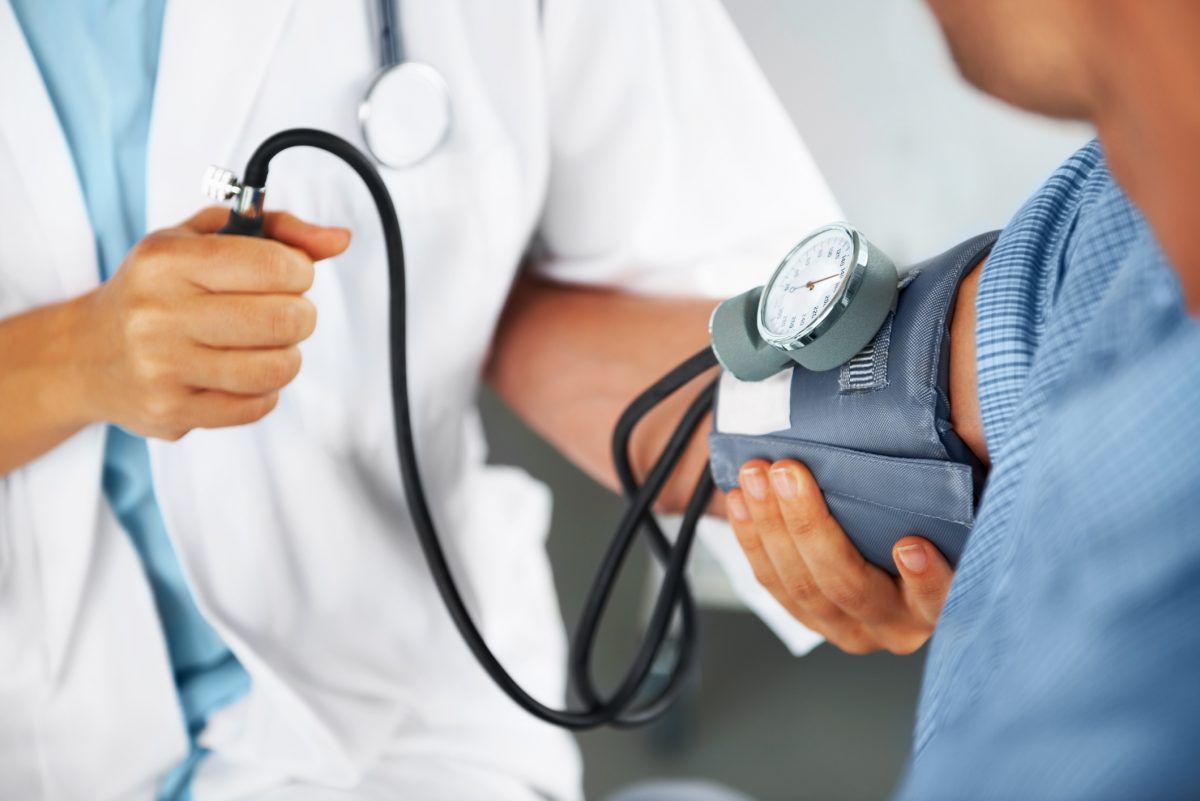 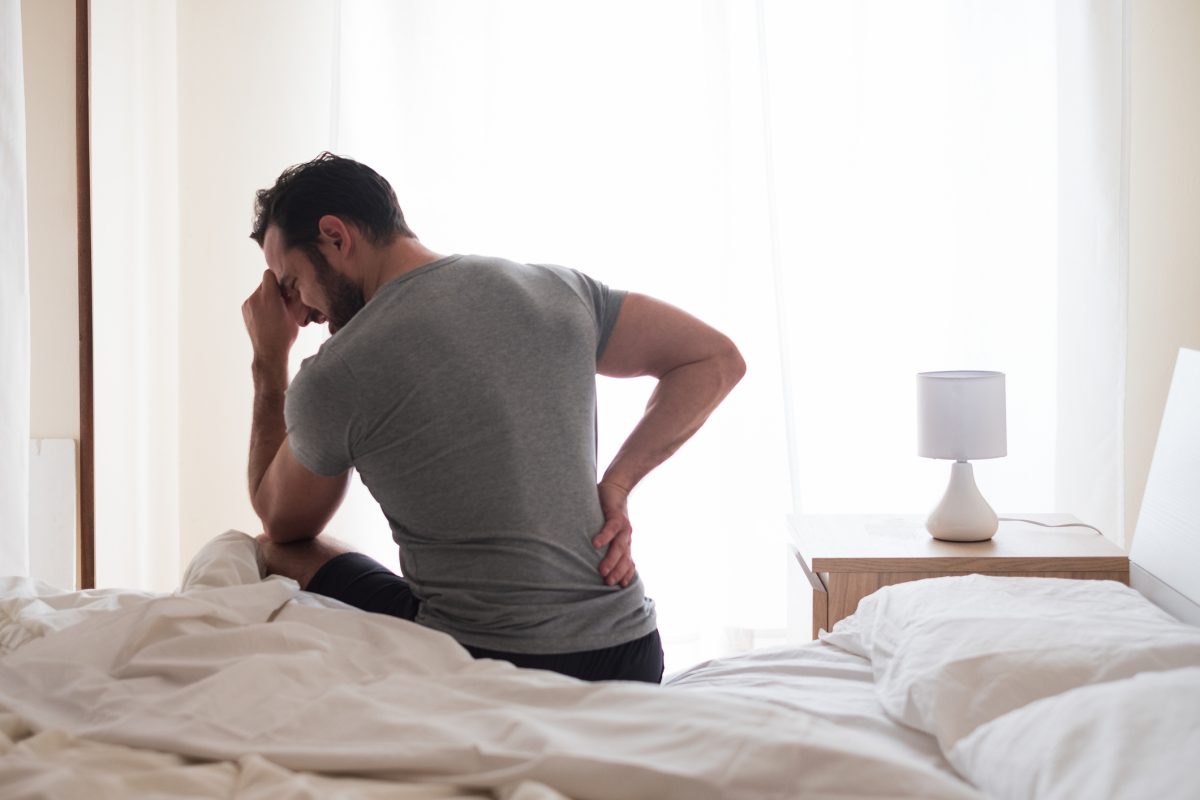 People who would appreciate the benefits of an inversion table but are unable to use one have some alternatives available to them. Popular yoga poses such as dolphin, downward-facing dog, and plow have similar effects of stretching the spine without full inversion. Headstands and shoulder stands at an incline can also reduce some of the gravitational pull on the body. 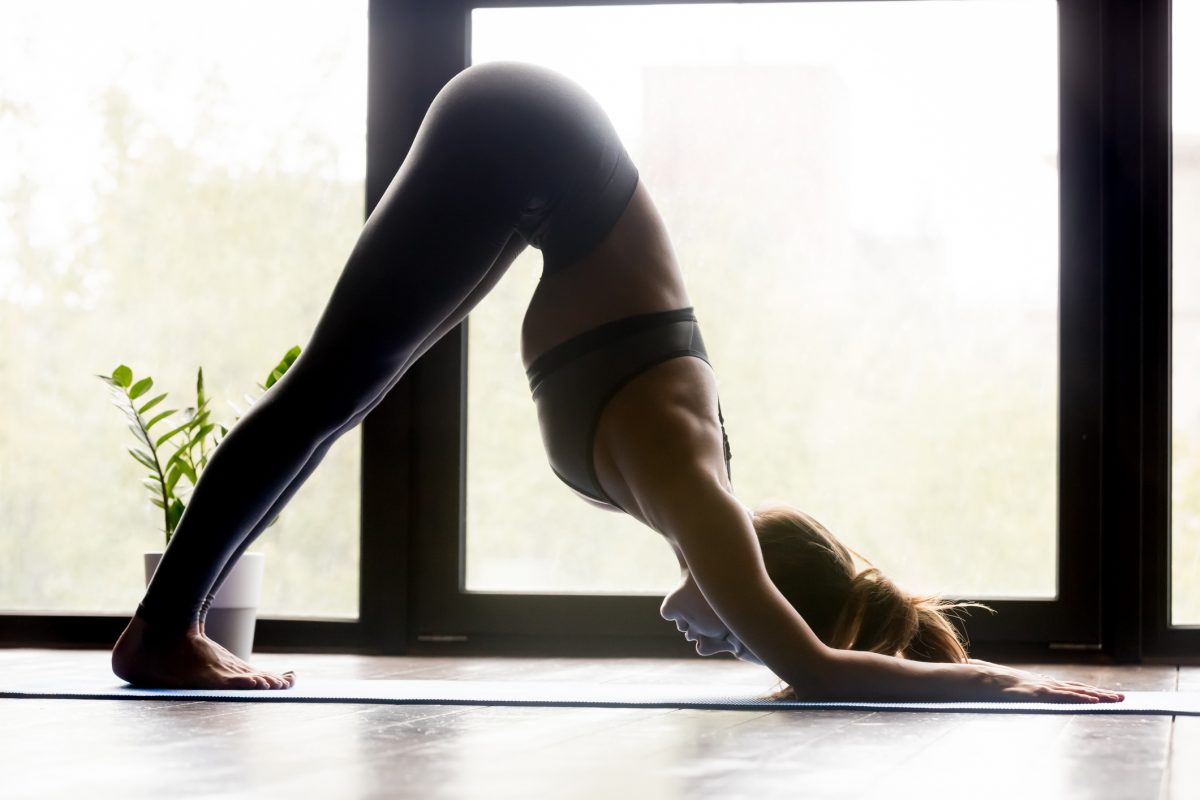