How to Change Up Your Bench Presses

The bench press is a classic exercise that helps develop the chest, back, shoulder, and arm muscles. Whether someone is an experienced powerlifter or simply looking to improve their overall physical fitness, the bench press is often a great fit. A few variations can keep the exercise fresh and help target muscles that a traditional bench press may not be strengthening.

standard flat bench press works the chest muscles, deltoids, biceps, and triceps. Begin by lying supine on a flat bench. Dismount the barbell from the rack over the upper chest. Use an overhand grip with both hands slightly outside of the shoulders. Lower the weight toyour chest, then press the bar upward until both arms are fully extended. Repeat. 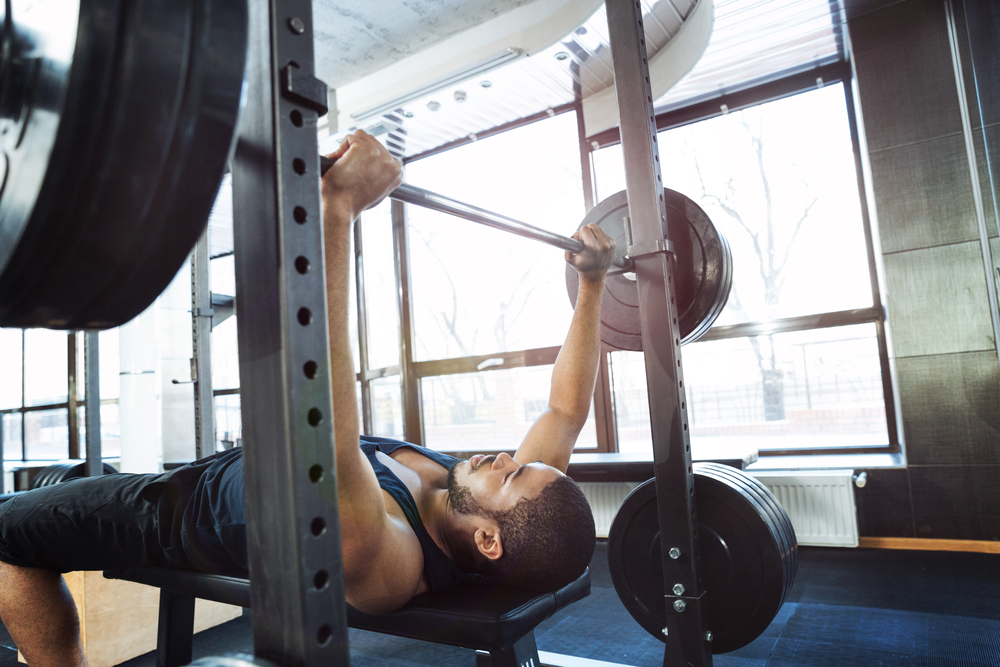 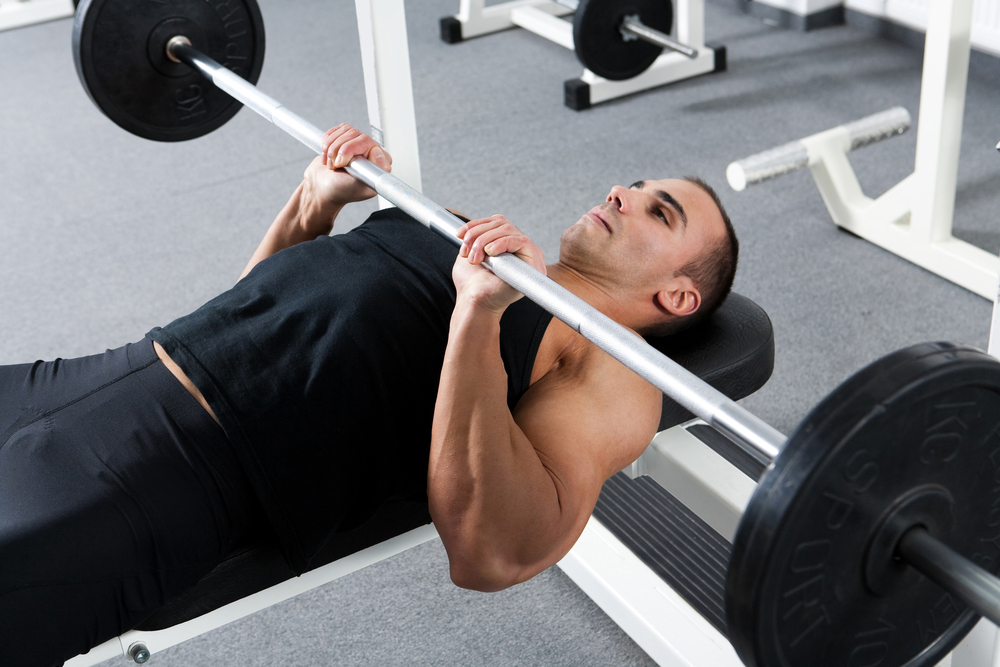 As its name implies, the

reverse-grip bench press is essentially the same as a traditional bench press, but with a different grip. The lifter rotates their hands so that their knuckles point towards away, toward the feet, exactly the reverse of a standard grip. Reverse-grip bench presses force more elbow tucking, which works the upper chest, biceps, and front delts even more. Prepare for more horizontal travel of the barbell.

dead bench press is a variation of the flat bench press that begins from the safety pins of a power cage or rack. The pins should be at or close to chest level. The lifter initiates the press from a dead start at the pins, beginning with elbows in a bent position. Lift in a typical fashion and then return to the pins, pausing before the next rep. Dead bench presses train explosive pushing strength. 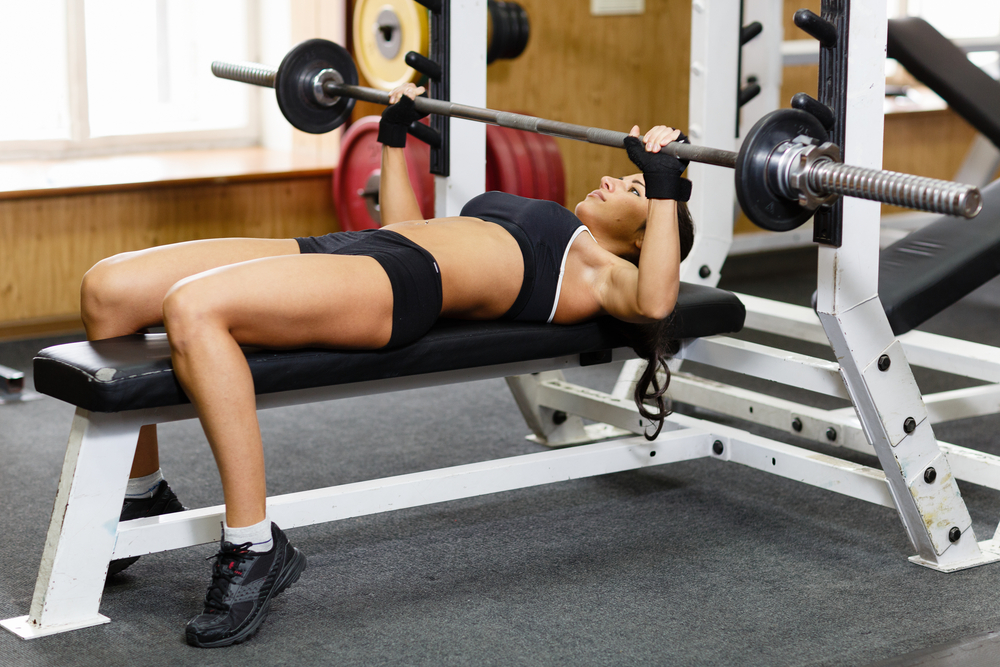 Many lifters find that their upper chests do not develop as quickly as their other muscles. The incline bench press is a variation that directly works the triceps and upper chest.

Perform this exercise by setting the bench to an angle of 15 to 30 degrees. Use a traditional lifting form with an overhand grip and lower the barbell to the sternum. The shoulder blades and glutes should remain on the bench throughout the exercise. 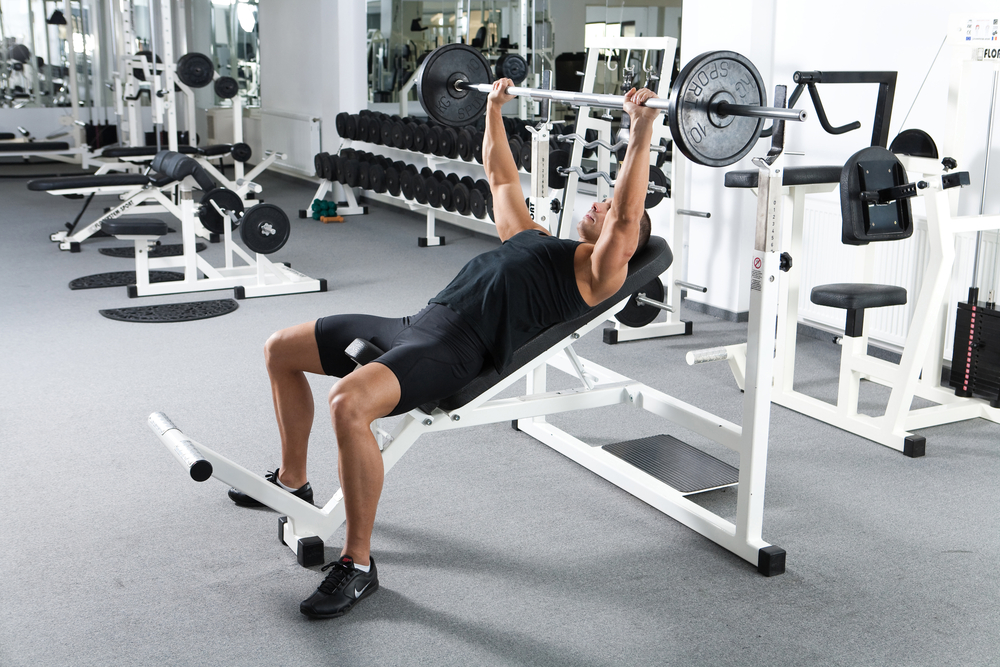 The inverse of the incline bench press, the

decline bench press works the lower part of the pectoralis major muscles in the chest. Lay on a decline bench with both feet under a leg brace. Use a wide, overhand grip when lifting the barbell. Avoid using too wide a grip, however, or you will decrease your range of motion.

This exercise uses two dumbbells rather than a barbell. Start in a glute bridge, placing both shoulders on a bench for support. Hold a dumbbell in each hand, perpendicular to the body with the elbows bent. Press the dumbbells away from the body until the arms reach full extension and then lower them back to the chest. This variation of the bench press strengthens the chest muscles and deltoids while also improving the core muscles.

One and One-Quarter Bench Press

a partial rep, this variation is functionally identical to the flat bench press. However, after every rep, the lifter must perform a partial one. Usually, this involves lifting the bar a quarter of a rep, though some people choose to do half repetitions. Mixing partial reps into a typical bench press can dramatically increase triceps strength and size, but places more stress on the shoulders. 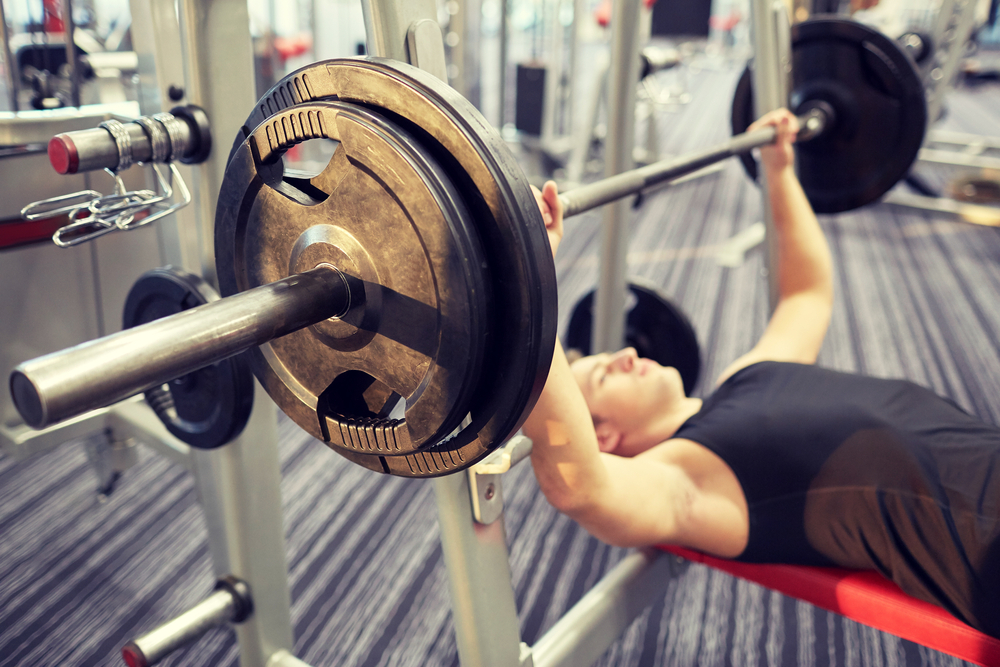 Most lifters will immediately lift the barbell after lowering it to their chests. However, in competitions, powerlifters must

pause and hold the bar before extending the arms. Non-competitive lifters can benefit from this practice. The pause lets the lifter and spotter check overall form while also ensuring that the lifter is not using momentum or recoil to accelerate the bar during each lift. 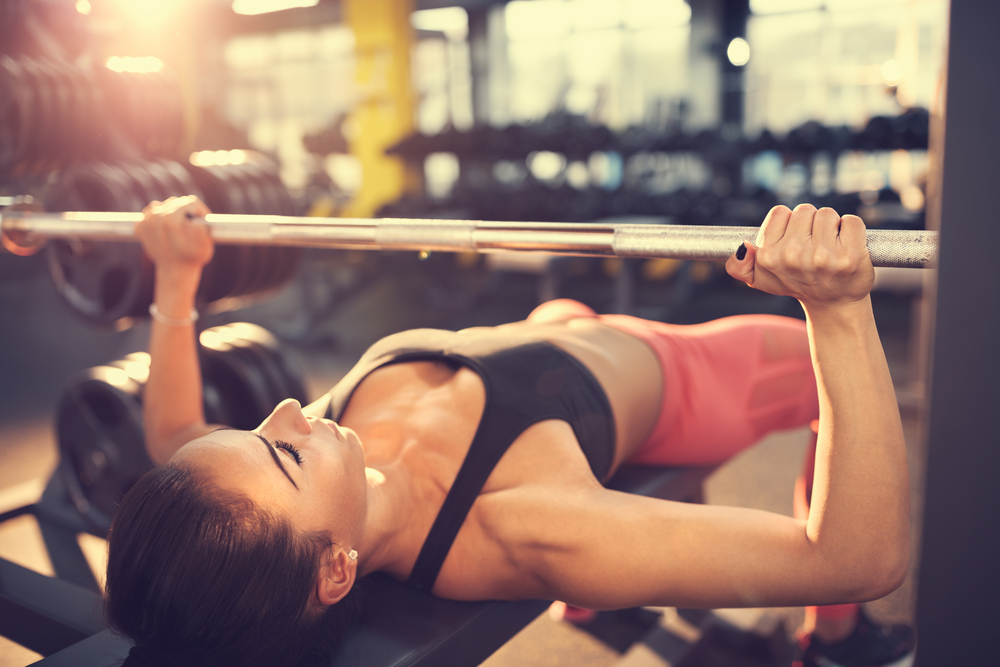 Many variations focus on making the lifter or the weight less stable. One of the most popular methods for doing this is swapping out the bench

for a stability ball. Because of the potential risk for injury when using a stability ball, many lifters also prefer dumbbells over barbells. Beyond the equipment changes, the lifter can perform the press as usual. 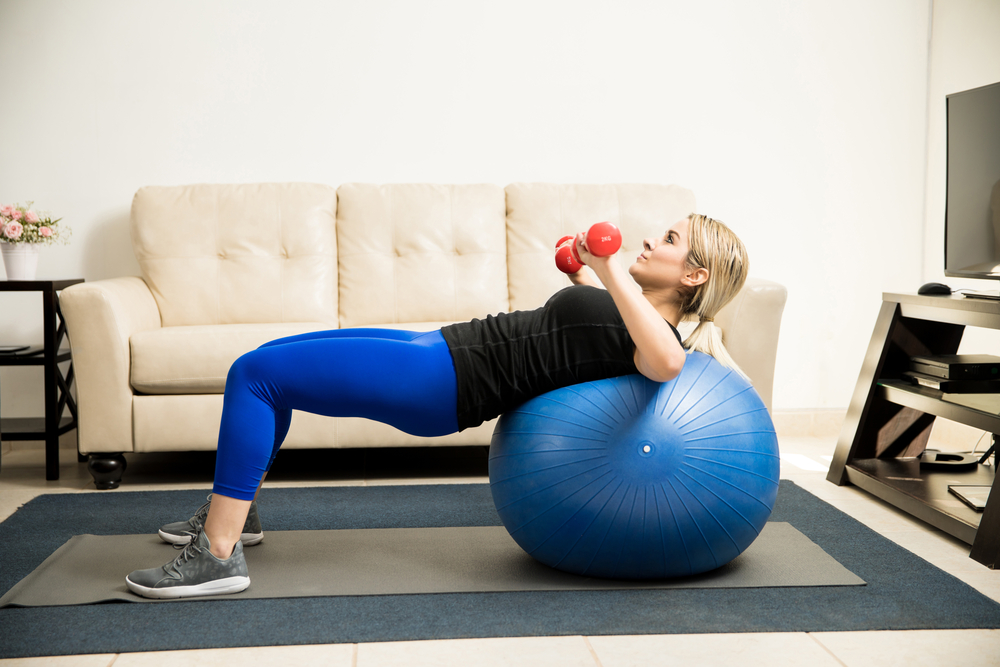