There are many different leg lifts. Including more than one in your regular fitness routine ensures you're tackling a wide range of leg muscles, which will result in more balanced strength. While it's easy to stick with the version that is the easiest, challenging the muscles is important for strength development. Aim for 2 or 3 sets of 10 reps when performing leg lifts, modifying rather than stopping as the muscles tire.

Leg lifts are an effective exercise for the abs and lower body. Although exercise bands and weights can be added to some variations of the leg lift, all of them provide benefits with bodyweight alone. While leg raises are most often thought of as exercises for the abs, they also strengthen the hip flexors and some varieties work other lower-body muscles, too. 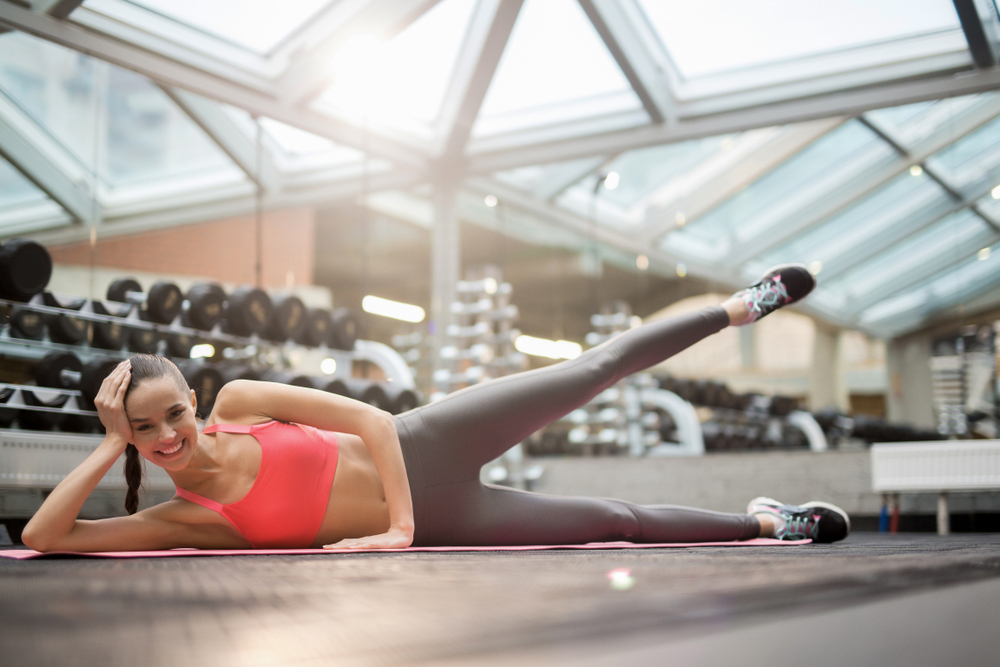 Proper form is the key to safety and success with leg lifts, as with many other stretches and exercises. Firm your core by imaging the belly button moving toward the spine. This will help prevent your lower back from arching. If your back arches, modify the pose. Focus more on technique than the number of reps you complete, and perform each exercise with control. Don't use momentum to swing the legs up, and fight against gravity as you slowly lower to the ground. 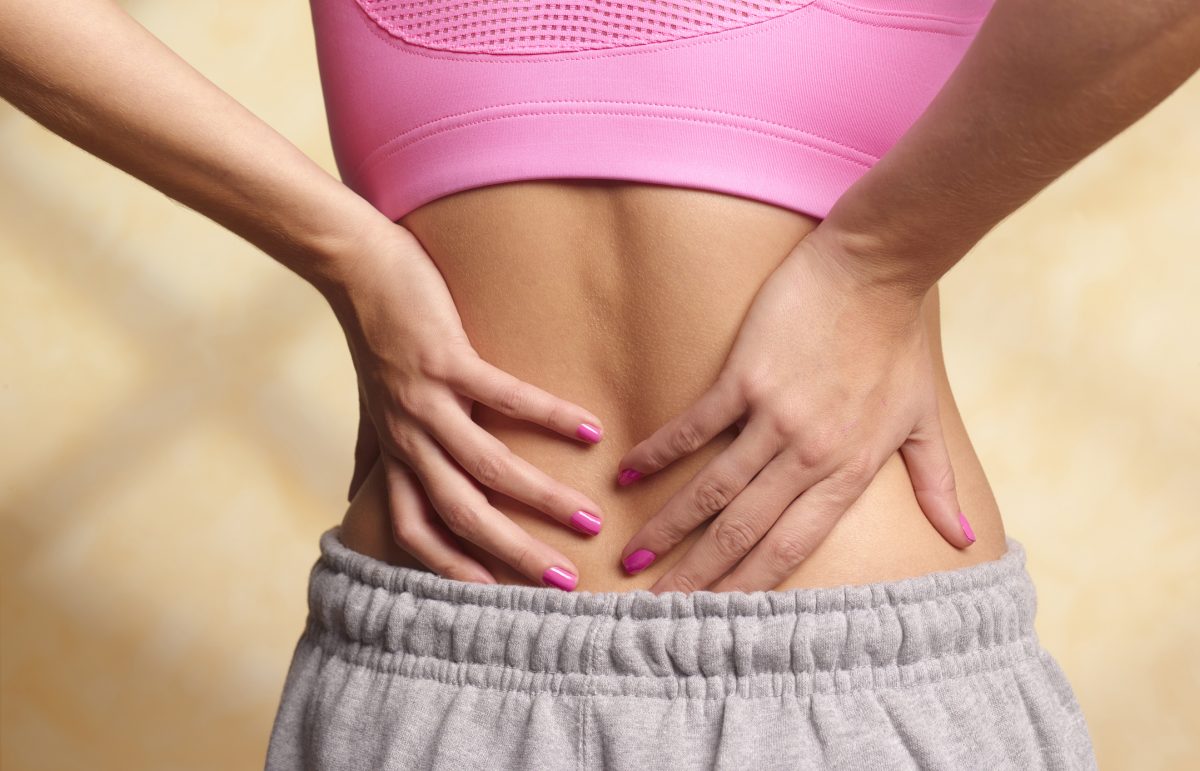 Lying flat on the floorwith feet together and arms alongside the body, slowly raise the legs until they are overhead. Keep the legs as straight as possible, although some bend in the knees is acceptable.

Lower the legs, stopping just before the heels touch the floor, or sooner if the back begins to arch. Pause, then raise the legs and repeat. Ideally, the feet should remain off the ground through all reps in a set. 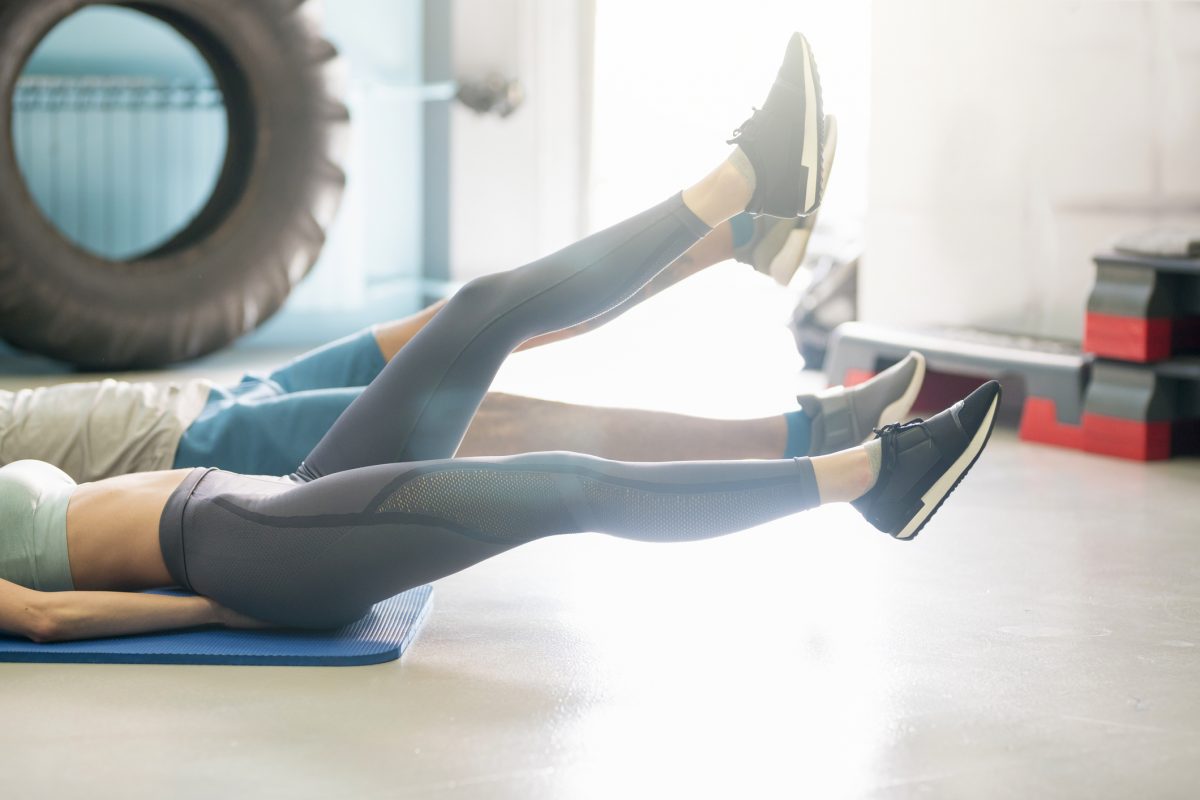 When traditional leg raises lose their challenge, adding weight may be the answer. Position a medicine ball or dumbbell between the feet, squeezing it to keep it in place. Adding even a small amount of weight dramatically increases the difficulty of this exercise, so be conservative. Pay close attention to form, keeping the back, head, and shoulders on the floor and chin tucked. Squeezing a light pilates or yoga ball between the ankles can also increase difficulty without piling on the weight. 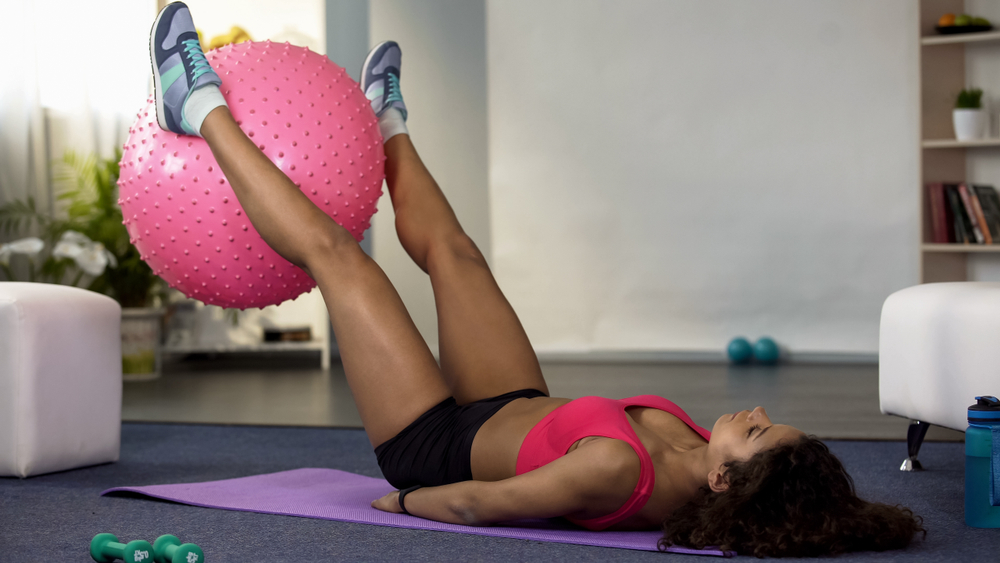 Single leg raises are easier than the traditional option and a good choice for those who struggle with their form while performing a standard style. Bend one knee, keeping the foot flat on the floor. Raise and lower the other leg, keeping the hips level. Complete all reps on one side, then switch to the other. 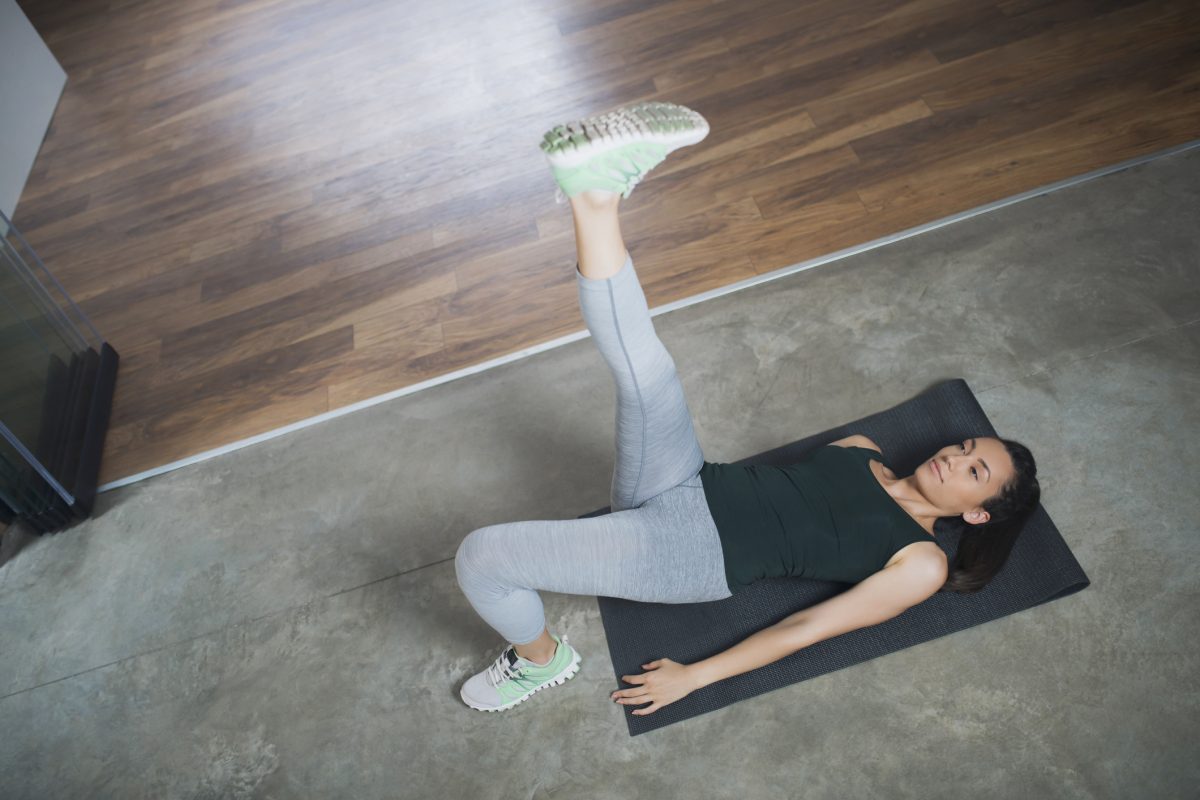 To really feel a burn in the lower abs, add the seated leg raise. Sit on a bench or firm chair, leaning back slightly and grasping the edge of the seat for support. Pull the knees toward the belly button while leaning slightly forward with the upper body. Lower the feet, leaning back slightly at the same time. Again, don't let the heels touch the floor between reps. 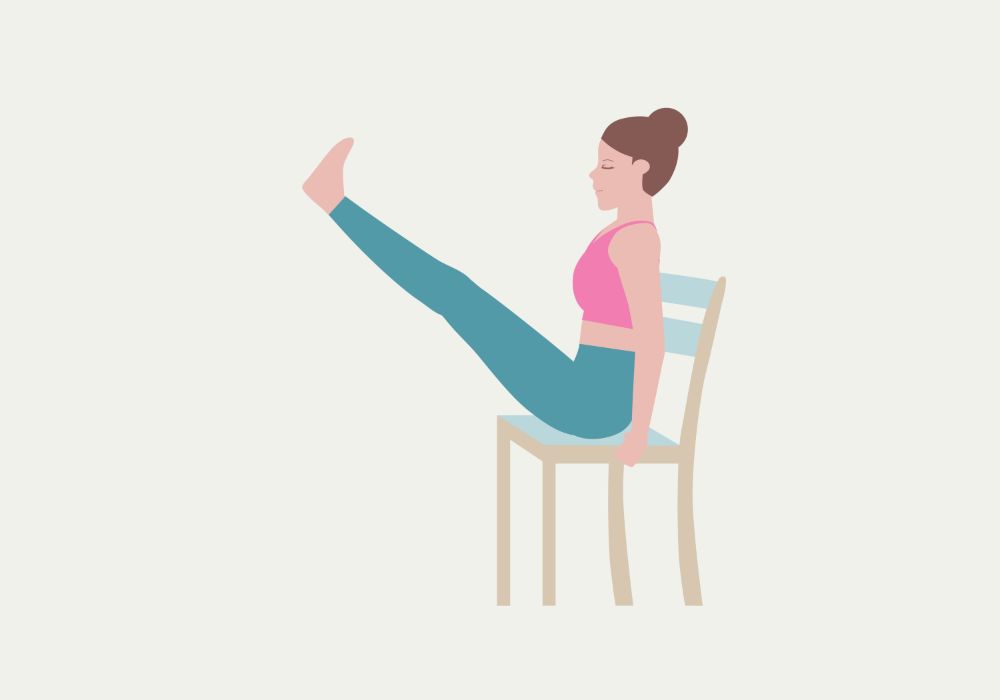 You'll need some equipment for the hanging leg raise. Grasp a pull-up bar and raise the legs straight in front of the body, forming an L. Pause at the top before lowering the legs to the starting position. It is easy to let momentum take over when performing the hanging leg raise, so concentrate on maintaining control throughout. To modify, do this move with bent legs. You can also use a vertical knee raise or dip station, which requires supporting your weight with the forearms at waist level. 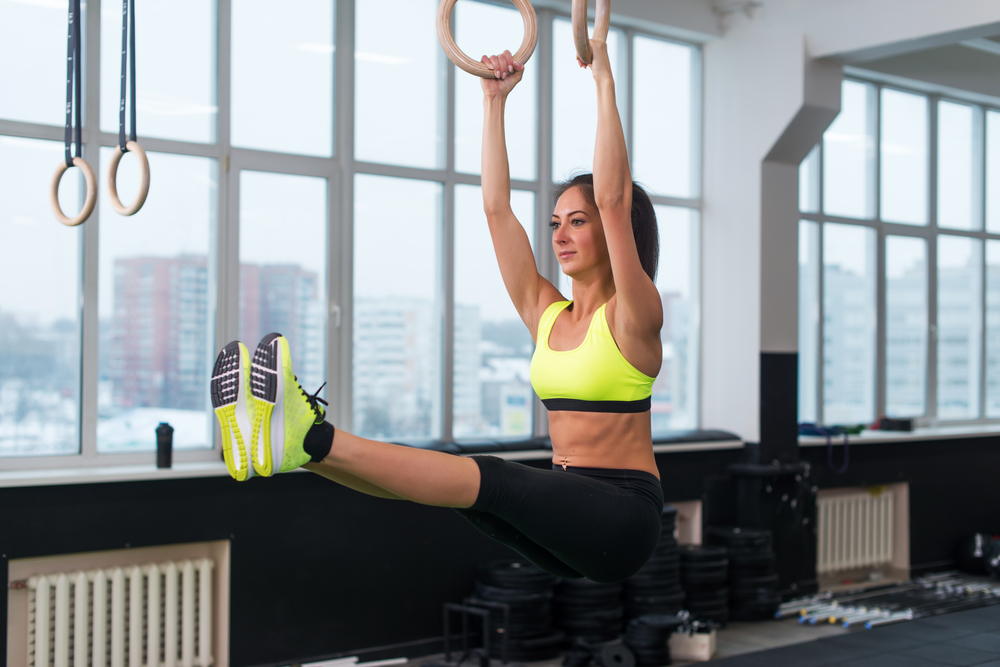 Get into a push-up position, then lower onto the forearms. Raise one leg toward the ceiling, concentrating on keeping the leg straight and knee and toe pointed toward the floor. After completing all reps on one leg, switch sides. Form is key: ensure the hips are in line with the shoulders the whole time, and the crown of the head is pointing forward, not up. Lower the supporting knee to make it a bit easier. 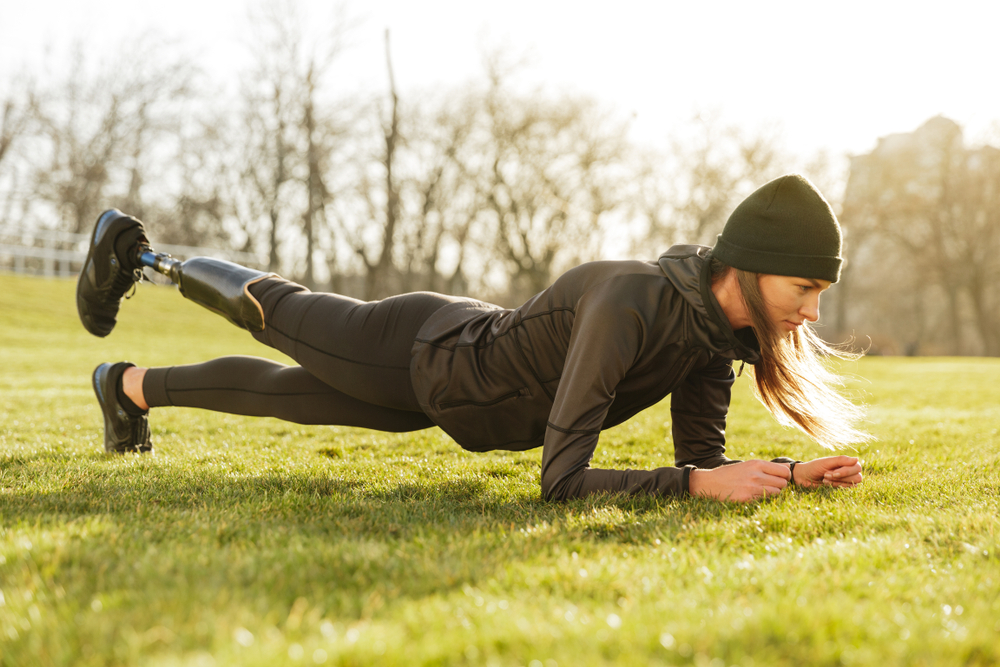 On the left side, with the body in a straight line, use the left hand to support the head. Raise the right leg toward the ceiling, keeping the ankle flexed and leg straight. Don't let the upper body collapse forward, and raise and lower with control. It is easy to inadvertently swing the leg rather than using the muscles to lift. This not only makes the exercise ineffective, it can cause hip and back pain. 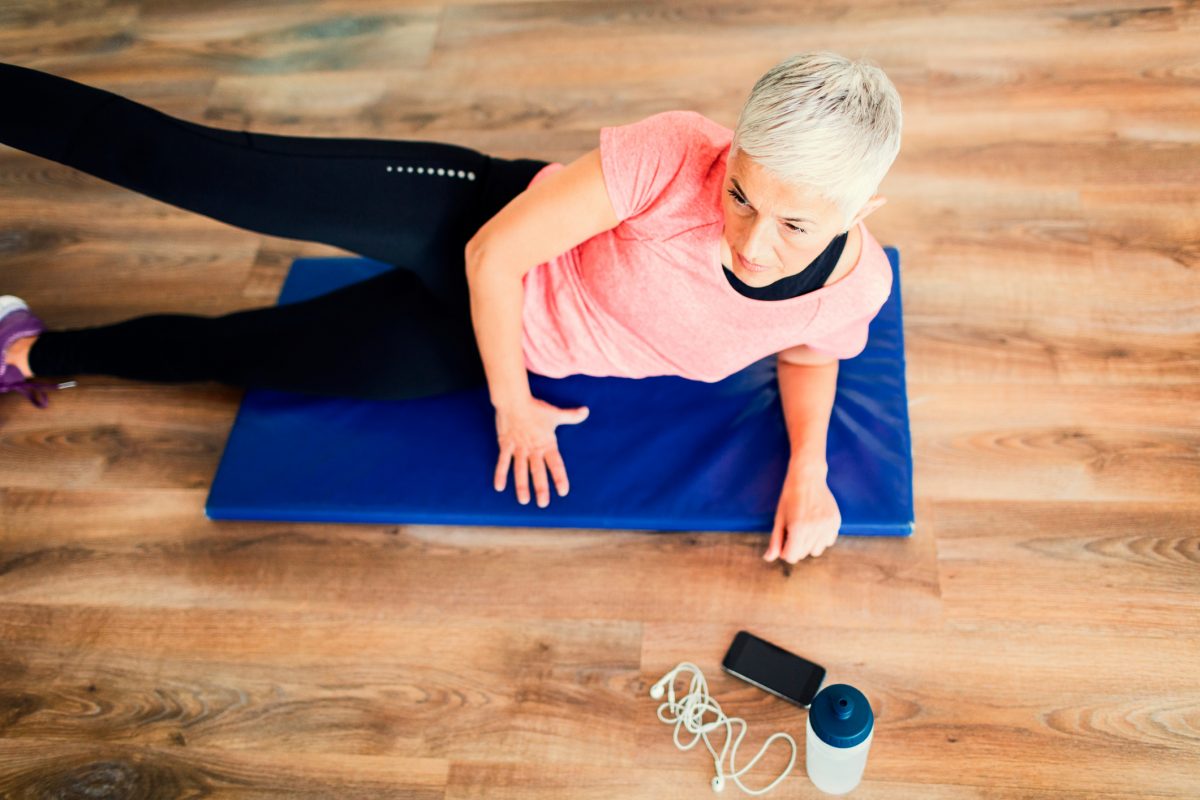 From the same, side-lying position, place the foot of the top leg down on the ground in front of the lower knee. Raise and lower the bottom leg with control. The motion will be much smaller than the outer thigh leg raise. Focus on keeping the hips and shoulders square, not leaning forward, and using the inner thigh muscles to lift and lower. 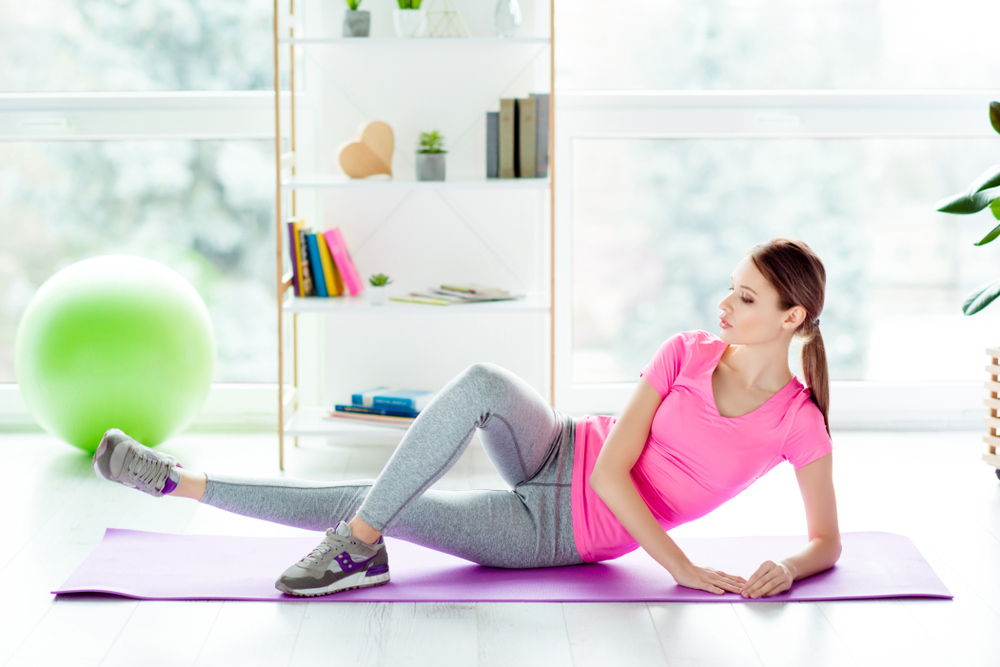