Everything You Need To Know About Nabothian Cysts

Nabothian cysts are tiny growths that form on a woman's cervix. They are also known as cervical cysts, mucinous retention cysts, or epithelial cysts. The cervix or cervical canal connects the vagina to the uterus. Nabothian cysts are a reasonably common condition and normally pose no risk to a woman's health. They are not a sign that a woman has, or is likely to develop, cervical cancer.

Nabothian cysts are usually painless and tend not to cause symptoms unless they increase in size. Most women are unaware that they have a nabothian cyst until a doctor notes it during a pelvic exam. Nabothian cysts measure between a couple of millimeters and one and a half inches in diameter, although most measure less than half an inch. The cysts are filled with white or yellow mucus and have a smooth appearance. A woman may have just one nabothian cyst or several at once. 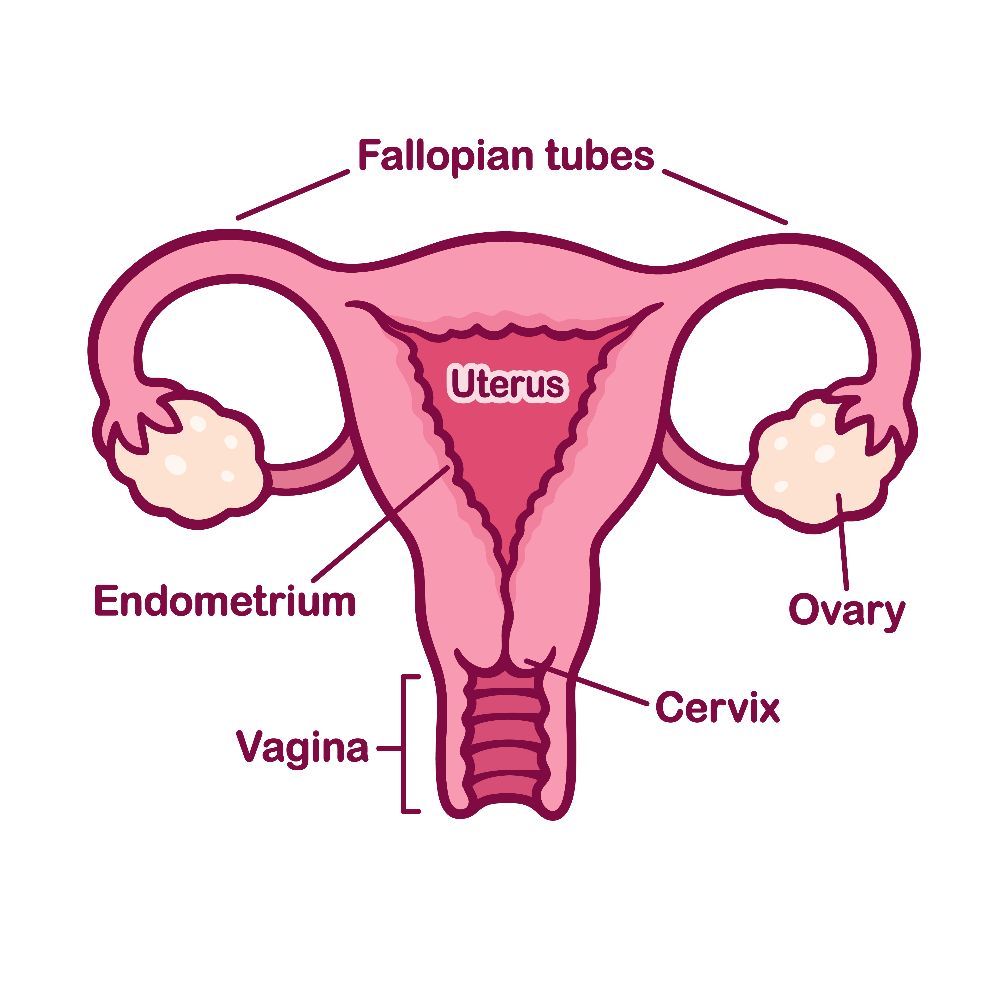 Doctors usually discover nabothian cysts during routine pelvic exams. Occasionally, they may appear on a pelvic scan if the patient requires cervical imaging. If a doctor discovers what they believe to be a nabothian cyst, they may break the surface to confirm their diagnosis. A doctor may also use a procedure known as a colposcopy to magnify the cervix and view the cyst in more detail, to differentiate between a nabothian cyst and other causes of lumps on the cervix. Occasionally, a doctor may take a biopsy if there is any doubt surrounding the diagnosis. 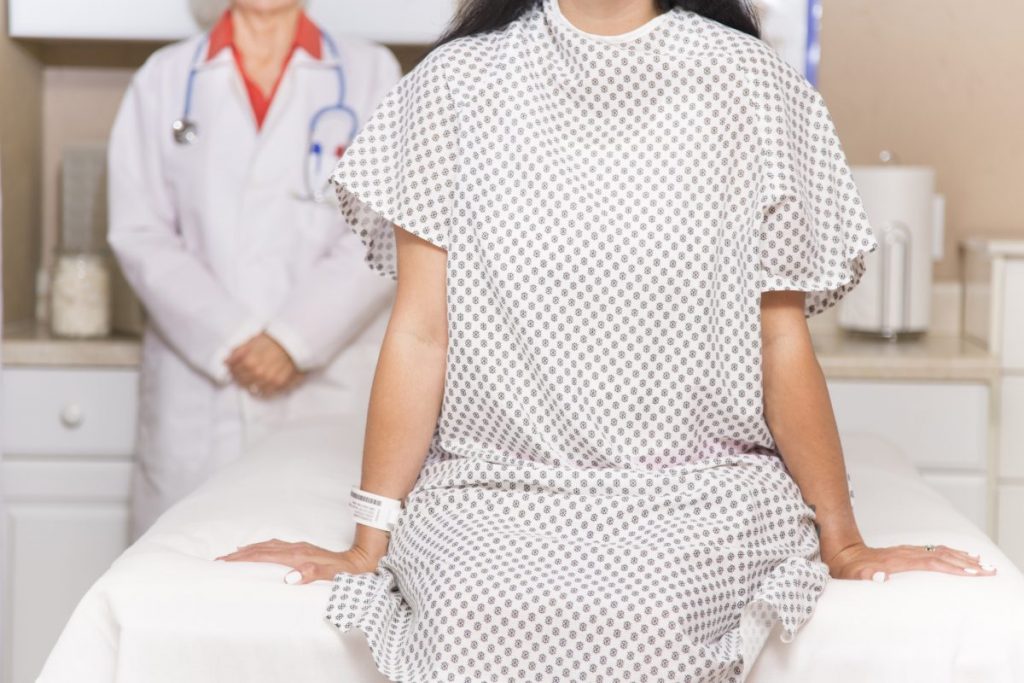 Nabothian cysts do not normally cause complications. However, the cysts can grow quite large, or the woman may develop several at once. When a woman has very large or numerous cysts on her cervix, this can make pap smears and gynecological examinations painful or even impossible. When this happens, the woman requires treatment to ensure regular health care appointments can continue. Because nabothian cysts are filled with mucus, they have the potential to rupture. This can cause unusual discharge and bleeding from the vagina, which may have a slight odor. 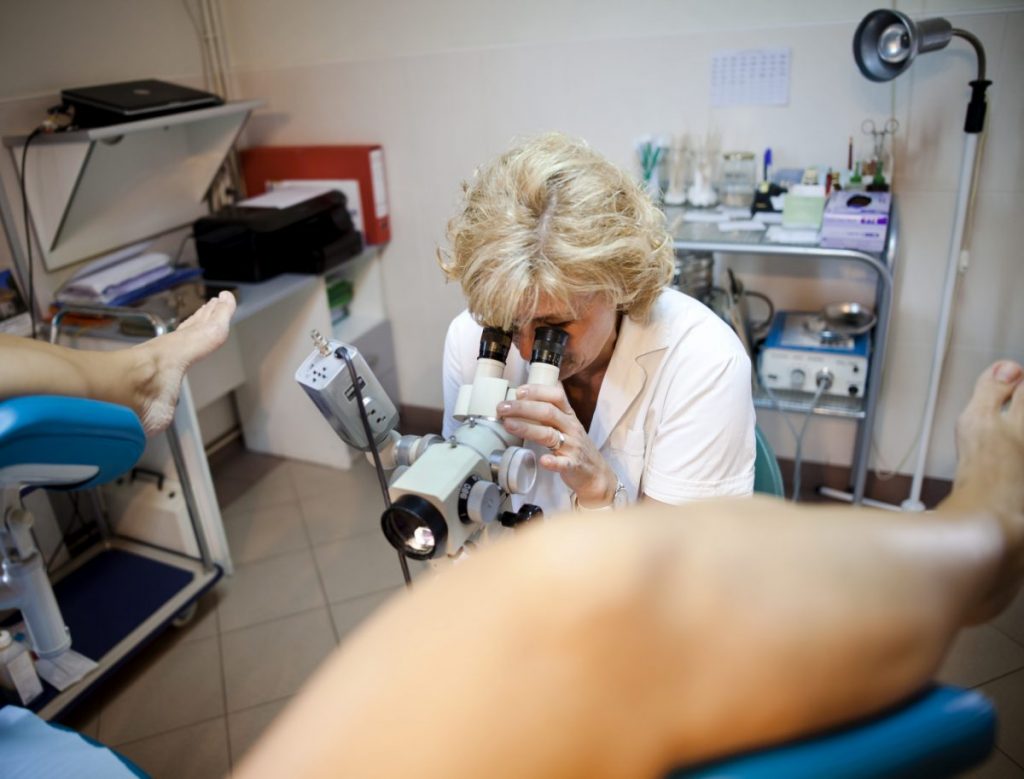 Similar to complications, surgery for nabothian cysts is only necessary if they are interfering with gynecological examinations. In this situation, a doctor may recommend excising (removing) the cyst surgically. Alternatively, he may employ a method called electrocautery ablation. During this process, a heated probe is used to drain and destroy the cyst. This procedure may be preferable to excision because it is less likely to cause blood loss.

Depending on the size and location of the cyst, it may be possible to treat the growths with cryotherapy. During the procedure, the doctor applies liquid nitrogen to the cyst, freezing and destroying it. Cryotherapy is less invasive than other surgical procedures for removing nabothian cysts. 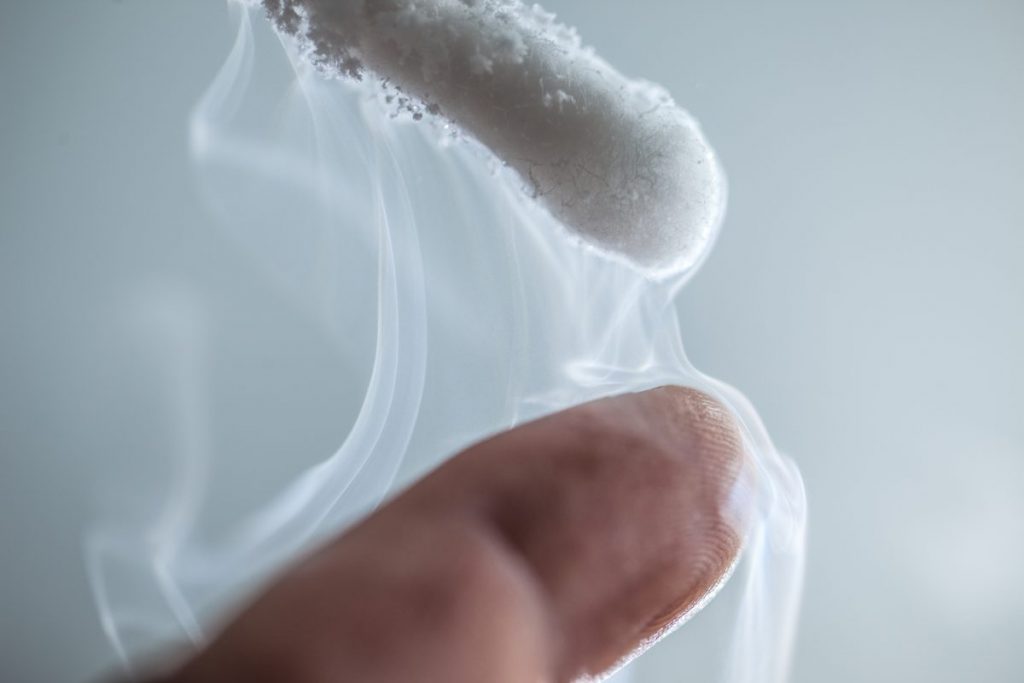 Any bleeding between a woman's regular menstrual periods, or unusual discharge, should be evaluated by a doctor. These symptoms may simply indicate the cyst has ruptured, which is usually harmless. However, these symptoms could also be a sign of a pelvic infection or other health condition unrelated to her nabothian cyst. Pelvic pain is not usually associated with nabothian cysts. Any woman with persistent pelvic pain should seek medical attention to rule out any serious underlying cause. 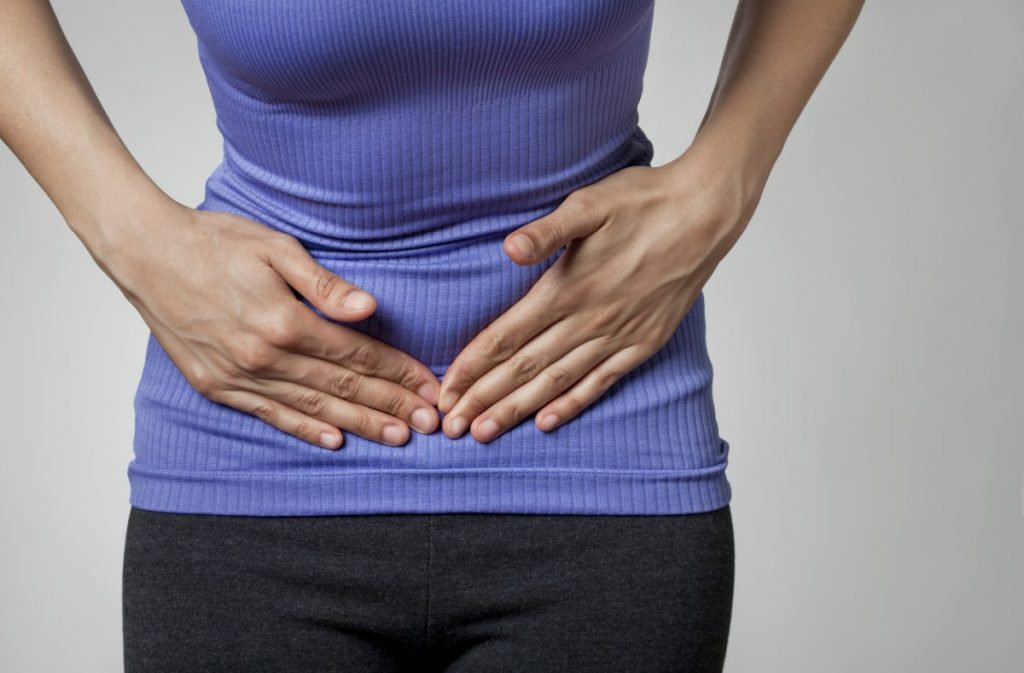 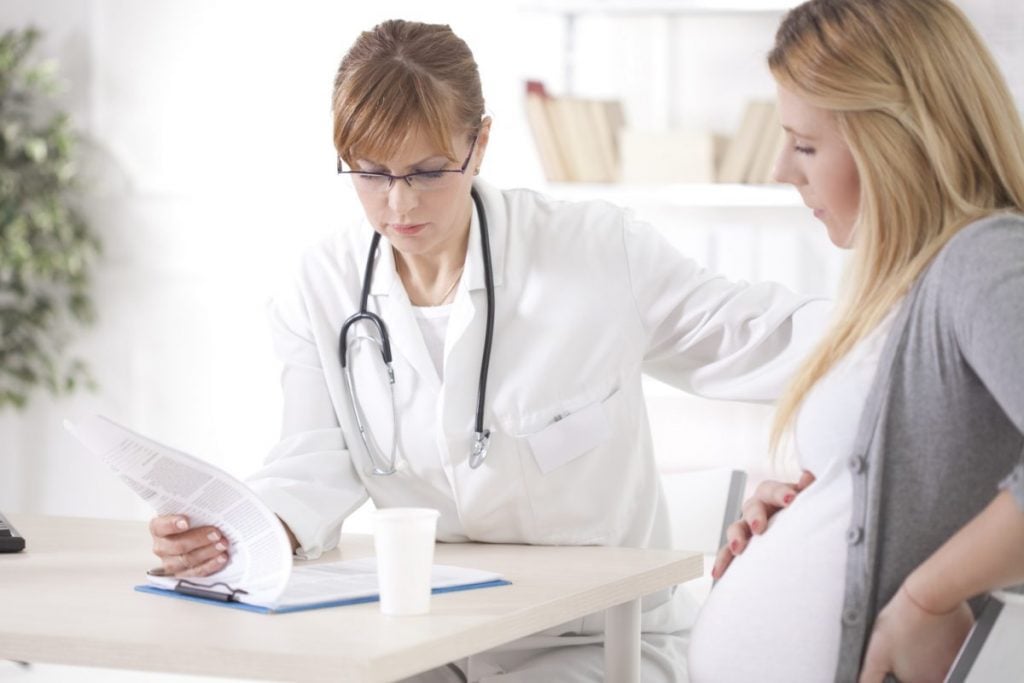 Hormonal changes often cause nabothian cysts, as does trauma to the cervix. Therefore, women who are pregnant, have just given birth, or are going through menopause are most likely to develop cysts on the cervix. The hormonal changes during puberty can also cause cysts. Gynecological surgery such as dilation and curettage can lead to trauma to the cervix, making cysts more likely. Infections affecting the vagina and cervix can also cause nabothian cysts because the body produces mucus in response to the infection, thus increasing the chances of the mucous glands of the cervix becoming blocked. 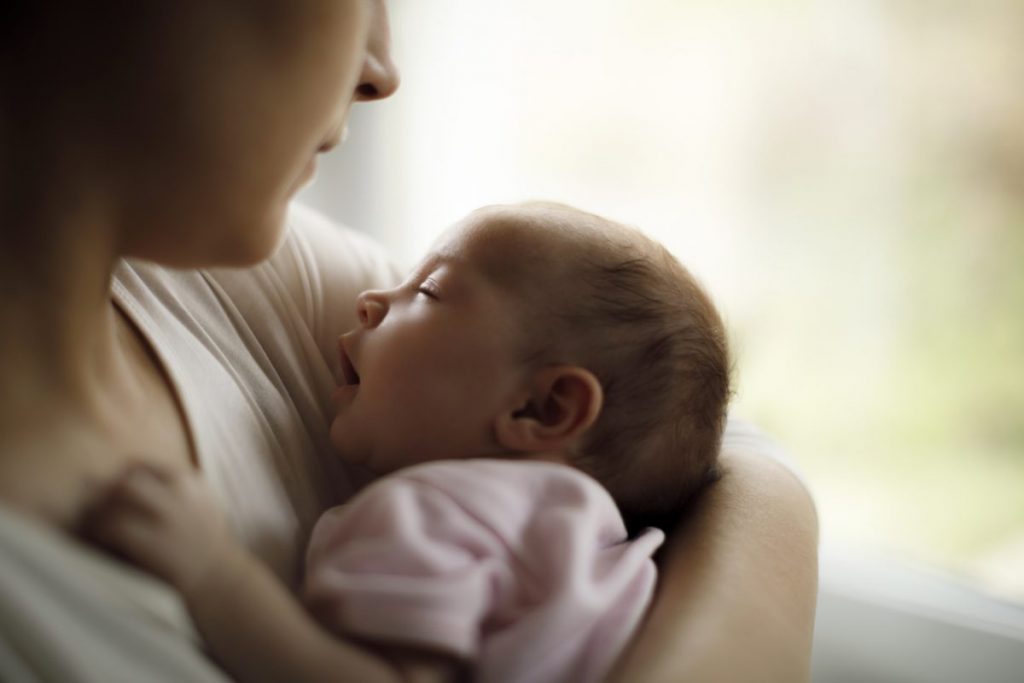 Most cases of nabothian cysts are not preventable. However, maintaining good hygiene can help waylay infection. Treating any pelvic or genital infections promptly can prevent the mucus glands of the cervix from becoming blocked and forming nabothian cysts. It's important to attend routine gynecological screening appointments. Usually, doctors recommend women have these appointments twice yearly to help to diagnose and treat nabothian cysts that have become large or numerous enough to cause potential problems. 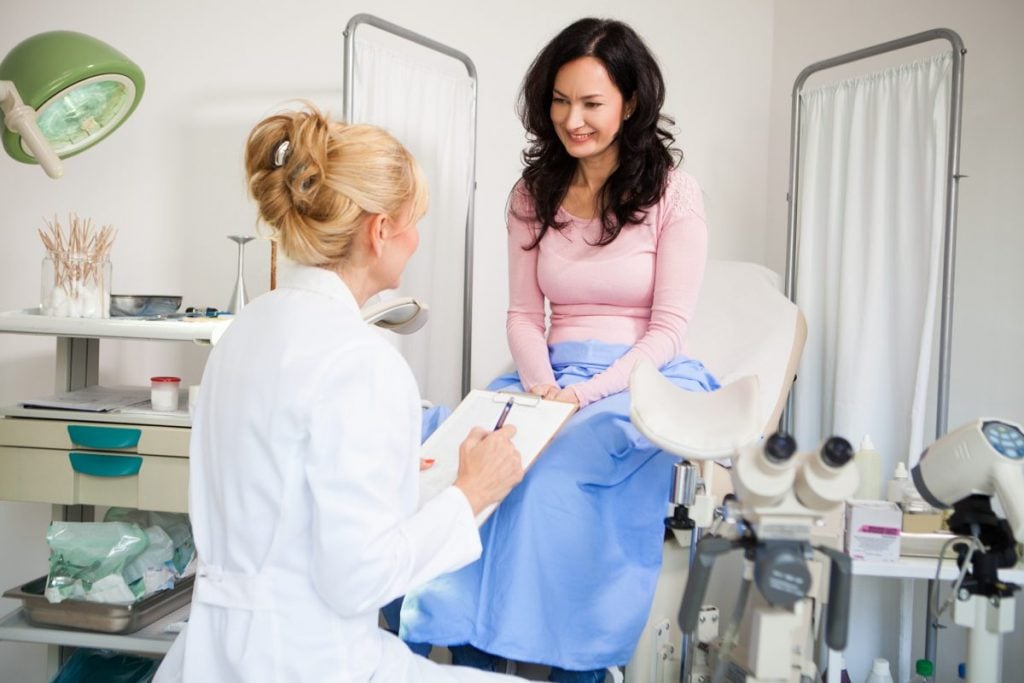 The prognosis for women with nabothian cysts is excellent. Usually, they do not require treatment. Most women can expect not to be troubled in any way by their nabothian cysts. However, the growths should be regularly monitored to make sure they do not grow to a problematic size. Women who require surgery for a nabothian cyst can usually go home the same day. They should make a full recovery within a few days. Occasionally, complete recovery from this type of surgery takes a couple of weeks. 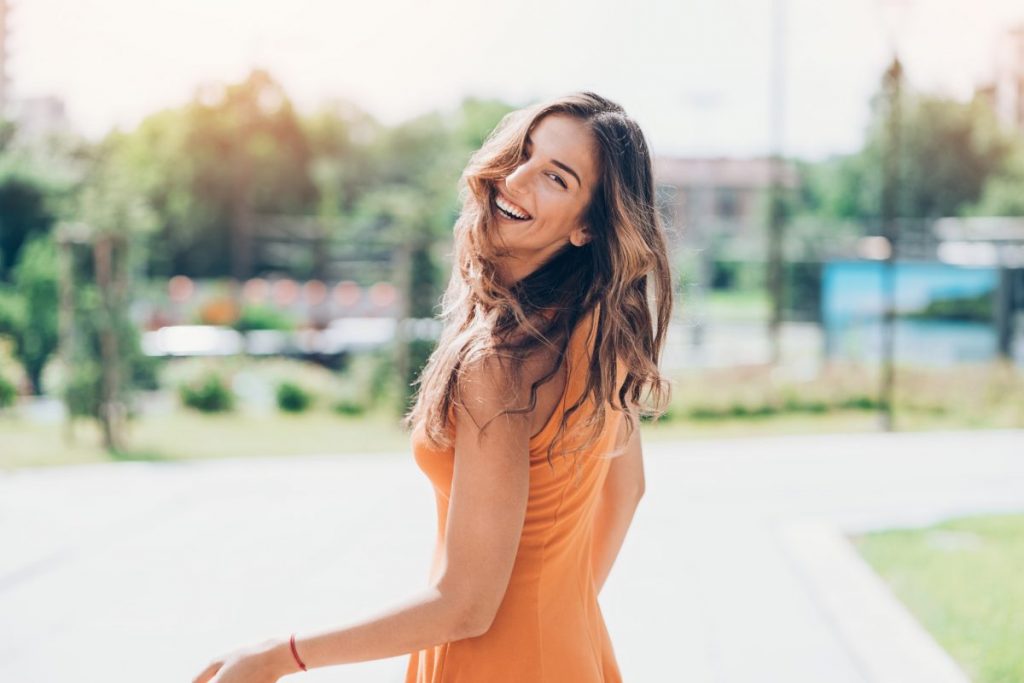