Symptoms, Causes and Risks of Thrombocytopenia

Thrombocytopenia is a decrease of the platelet count in the blood. Platelets help blood clot, so most symptoms of the condition relate to internal or external bleeding. A cut that won't stop bleeding and easy bruising are common first signs of thrombocytopenia. While many symptoms aren't severe in themselves, thrombocytopenia can worsen and result in uncontrollable external or internal bleeding; this is dangerous anywhere in the body, and potentially fatal if it occurs in the brain.

Easy or excessive bruising, or purpura, can be an early sign that platelets aren't doing their job effectively. Bruising from lighter pressure than usual, widespread bruising without adequate cause, and unexplained bruises should be investigated. An area of reddish-purple spots that look like tiny bruises or a rash, called petechiae, may appear with thrombocytopenia, often on the lower legs. 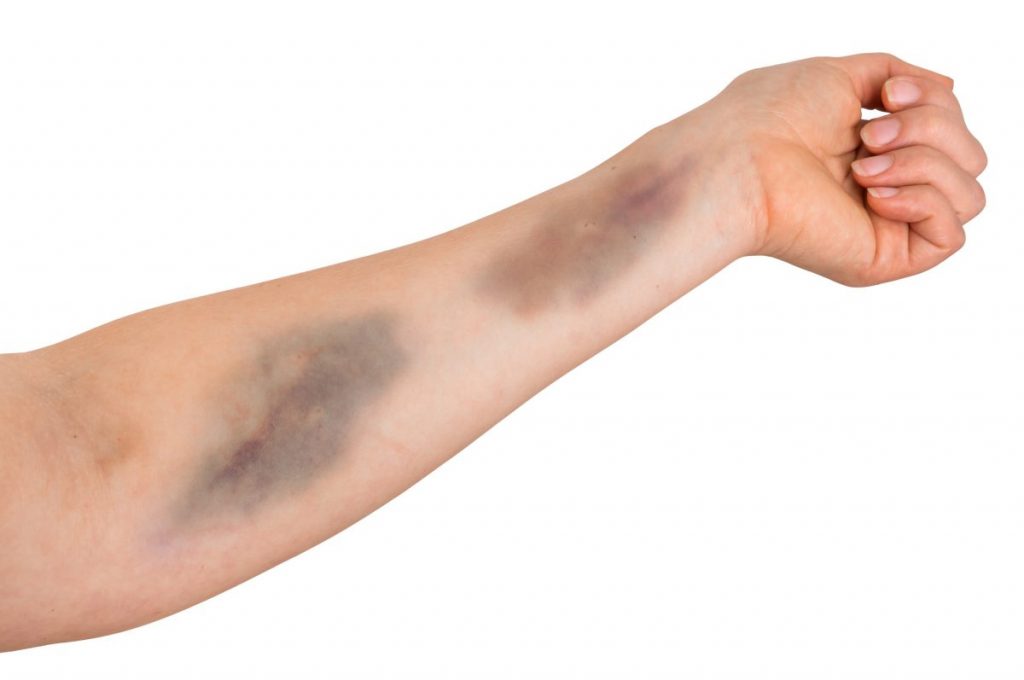