Thrombosis is a medical condition affecting blood circulation in localized parts of the body. It occurs due to the formation of a blood clot within blood vessels of a deeper vein, such as those of the legs, arms, chest and more. Even though thrombosis is not a very common disease, it can be dire, having the potential to cause severe disability. It is essential for you to be aware of the ten most prominent thrombosis symptoms so that if they occur, you can seek medical attention immediately. Delay in treatment can cause critical complications; thus, a rapid diagnosis will be highly beneficial.

The most typical sign of thrombosis is the inflammation of localized areas in the lower extremities such as the ankle, foot, or one side of the leg. Though in the majority of cases this is the general area where thrombosis-related swelling occurs, in principle, even the arms and chest regions may develop symptoms. The swelling of the affected region appears without any outward trigger and may progress from minor inflammation to visible amplification in less than 48 hours. If you experience swelling along with any other symptoms mentioned, consult with a doctor as soon as possible. 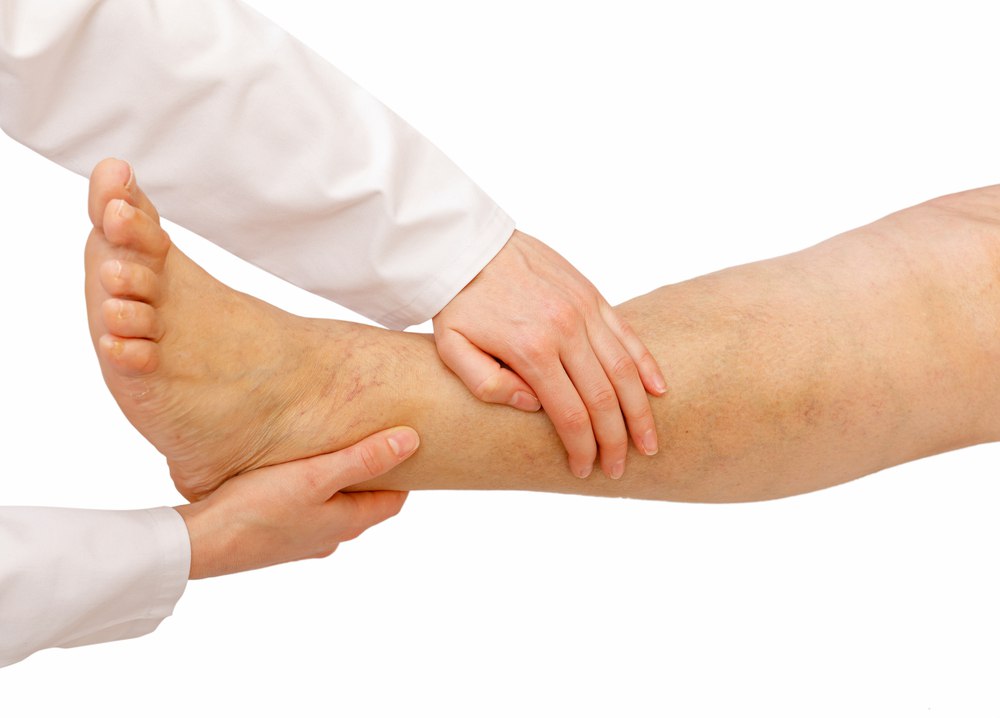 The inflamed region usually begins to pain as well. People describe thrombosis pain as a cramping ache, which starts in the calf of the affected foot. It may soon spread to the surrounding area as well, causing the sensation of localized pain in one limb. It is noteworthy that the pain may range from mild to severe, and given its specificity and singularity of occurrence, is usually ever mistaken for ordinary leg ache or muscle pain. 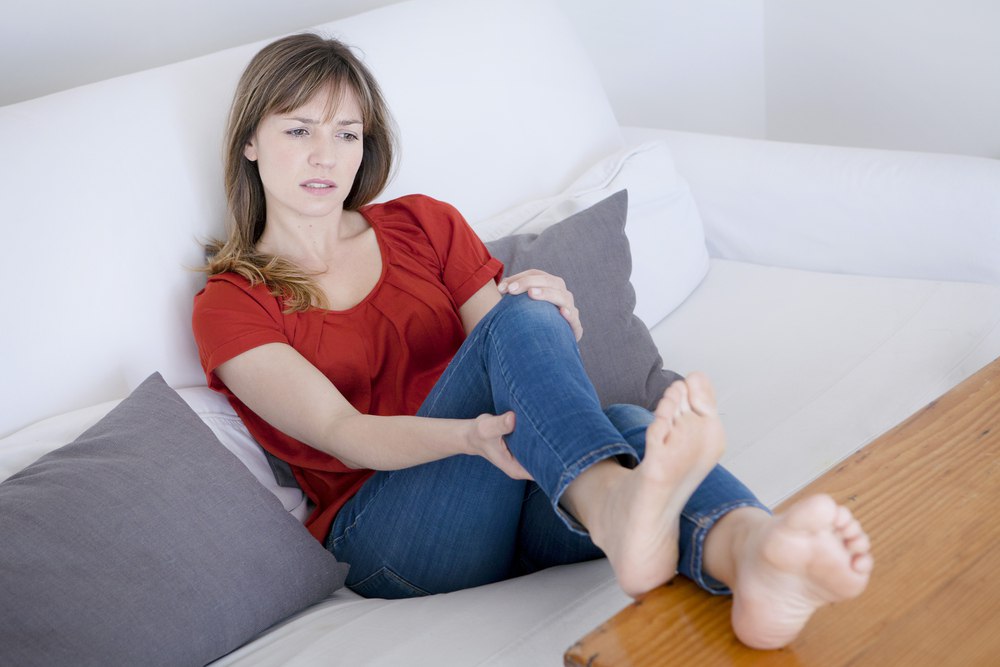 Another classic sign of thrombosis is that the affected area also becomes warm to touch, having a perceptibly higher temperature as compared to surrounding skin. In most cases, the warmth extends only as far as the swelling, giving the inflamed area a very distinctive, prominent appearance. This symptom should further alert you to the possibility of a serious health condition, provoking you into undertaking a thorough medical investigation. 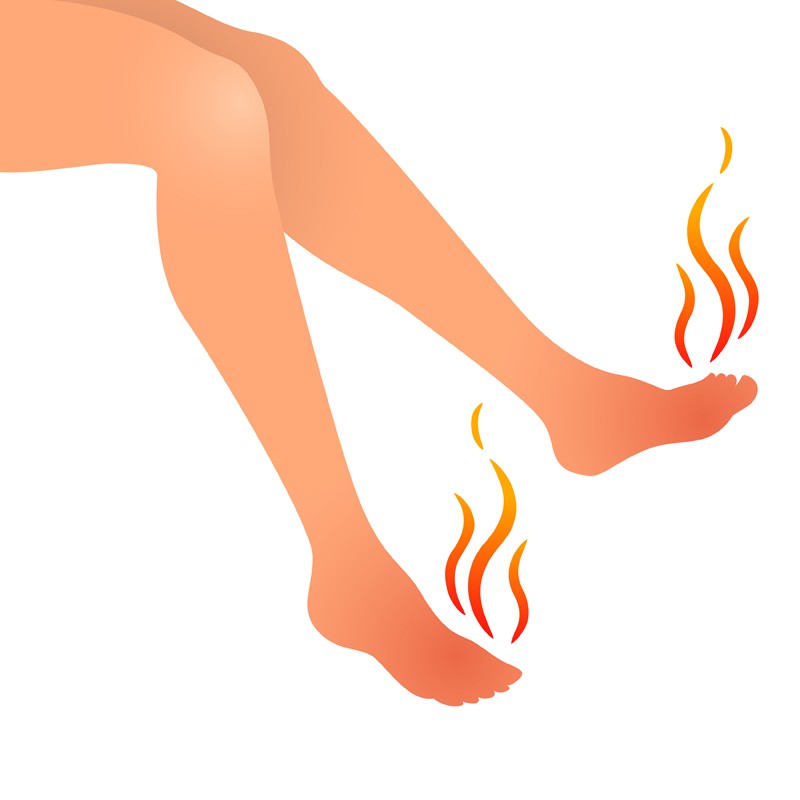 If you develop thrombosis, you might become cognizant to the condition when the affected area begins to show signs of discoloration. Typically, the affected area becomes pinkish-red, and the color gradually intensifies to a deep maroon. In some cases, parts of the discolored skin may also turn blue. This pigmentation occurs in situations where thrombosis has begun affecting blood circulation very intensely. You must get help from a medical provider if this is the case to prevent further aggravation of the condition. Once treatment begins, the discoloration can be expected to disappear within two or three days. 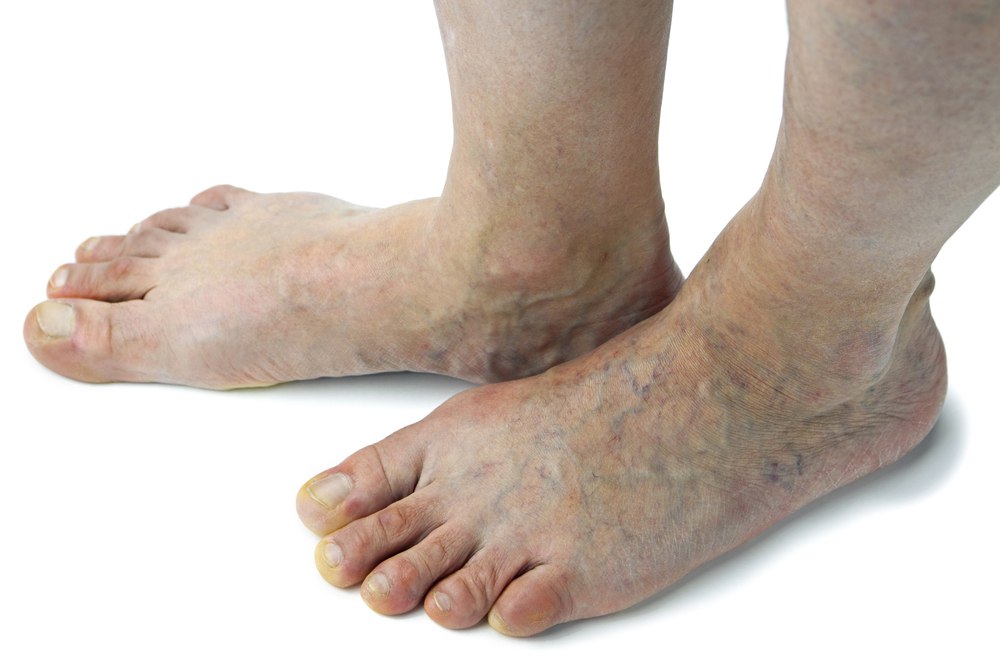 Sometimes, the affected veins, where the clot forms, become visible at the surface of the skin. With the inflammation of the skin, many surface nerves may become more prominent and visible, with the affected deep vein being the most conspicuous. The latter may also be felt on the skin surface as a firm thickened cord. This presence reflects that the vein membranes are stressed due to impediment in blood flow, causing the vein to assume such a rigid form, that you can quickly feel it by prodding the epidermis. When symptoms become this severe, you should not hesitate to consult a doctor. 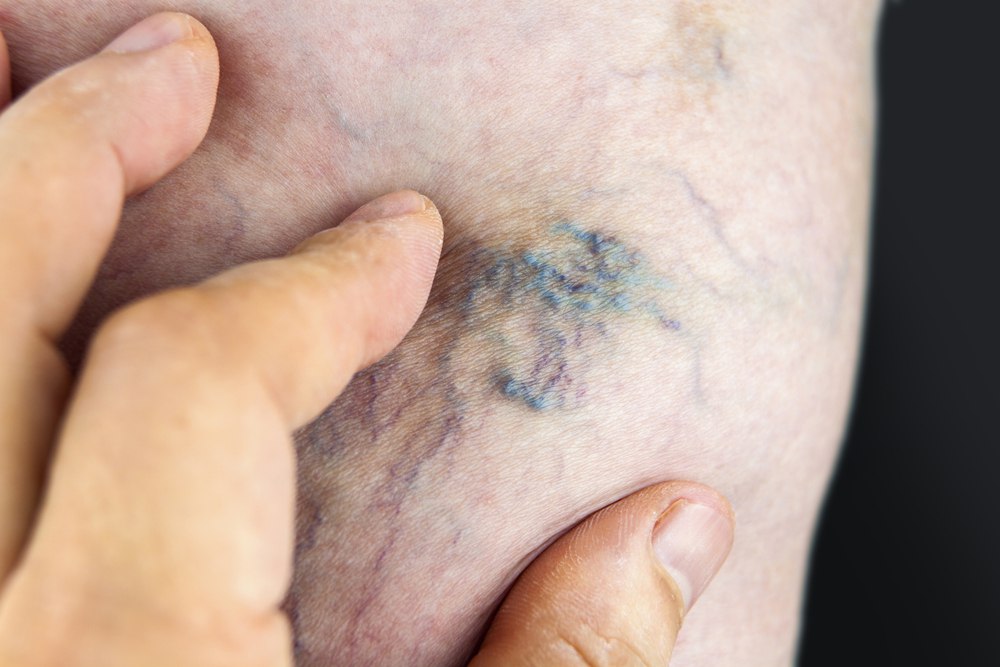 Many patients with thrombosis complain of their limbs feeling very tired. This localized fatigue is different from both leg ache and over-exertion regarding the nature of sensation. It is more akin to a feeling of heaviness in the legs, which incites a degree of lethargy, causing individuals to be averse to much movement. This feeling of tiredness in the legs may begin before other symptoms appear, though not many people pay much heed to it. Moreover, this fatigue can be expected to last post recovery, for as long as a week; several factors including how robust the immune system is, how the body has responded to treatment, and so on, play a role in determining how prolonged the discomfort may be. 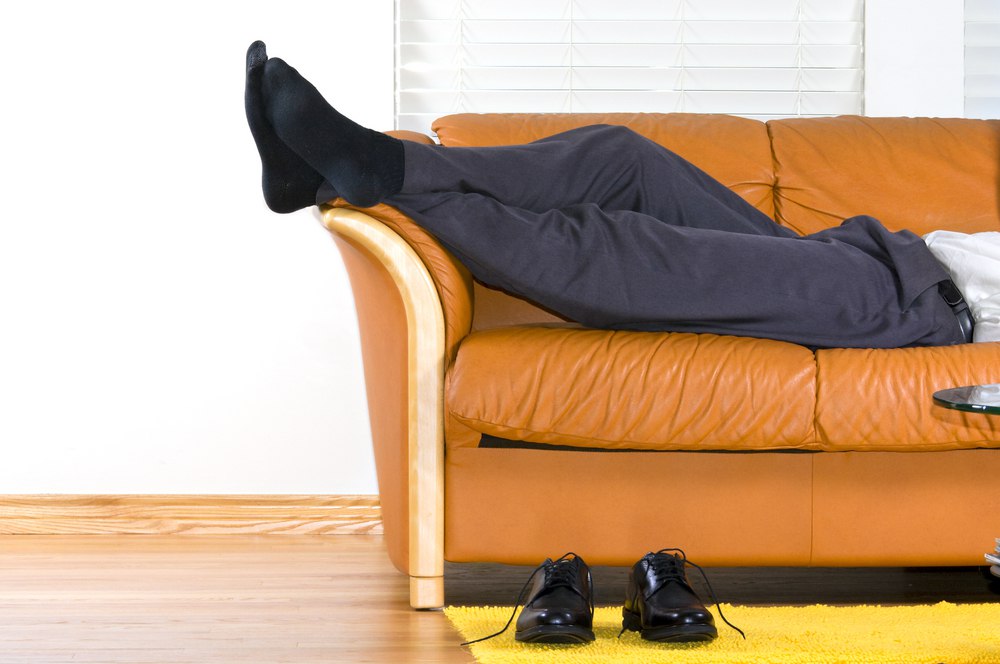 In some instances, thrombosis can assume a more dangerous character if it leads to pulmonary embolism. This symptom occurs when the blood clot breaks free from the site of origin and travels to the lungs. As a consequence of the clot impeding blood flow to one or both of the lungs, you may develop shortness of breath and a rapid heartbeat. These symptoms are likely to arise abruptly, so you should go to the emergency room. If the blood clot somehow manages to block blood flow completely, sudden death may occur, though such incidence is admittedly rare. 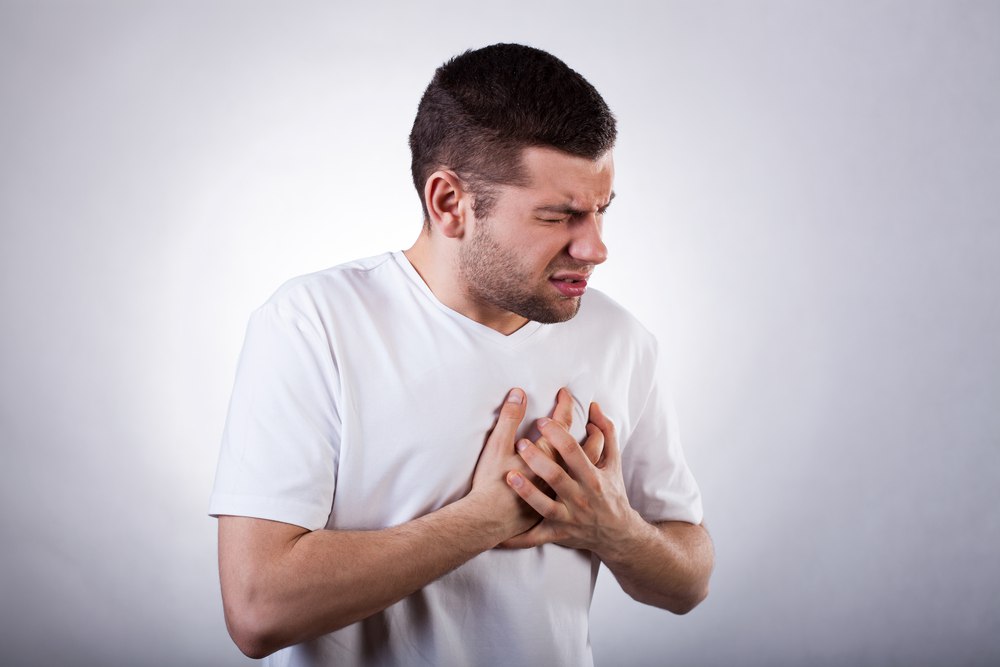 If the thrombosis-causing blood clot moves to the lungs, it may cause the tissue covering the lungs to get inflamed. This swelling tends to cause sharp chest pain, which intensifies with heavy breathing and coughing. The shooting chest pains increase the probability of misdiagnosis. Because they are akin to others such as heart attack, asthma, and pneumonia. It is thus of utmost importance that if you are experiencing such discomfort, you are specific in relaying your symptoms to the doctor so that accurate diagnosis is possible relatively early. 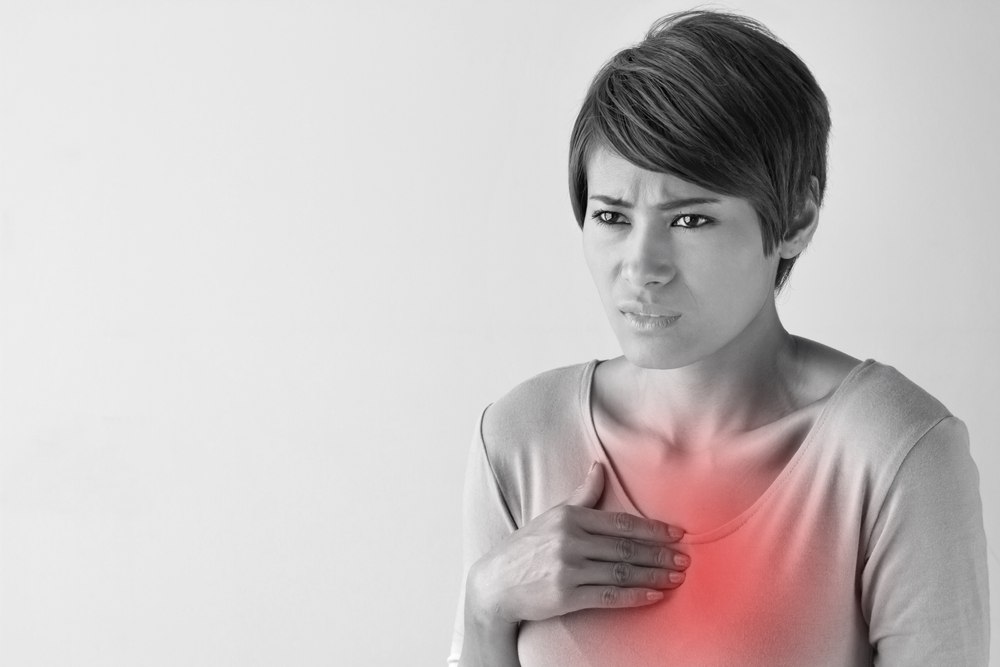 When pulmonary embolism occurs due to thrombosis, it is medically referred to as thromboembolism. You may suffer from dizzy spells. When the clot is not too large, the breathing problems and chest pain may manifest later while the dizziness begins to occur early on. Many times, you might not take the dizziness seriously. Furthermore, your medical provider may have difficulty ascertaining the cause. When other symptoms of pulmonary issues begin to appear, you might make the connection between the decreased amount of oxygen in the body and fainting spells. 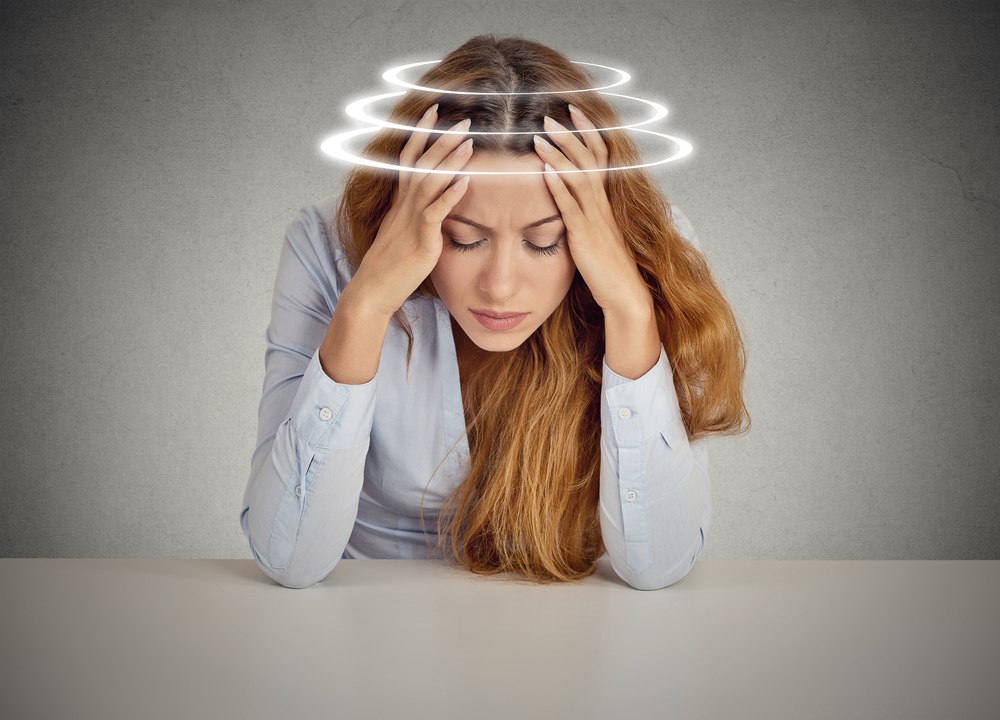 If thrombosis soon develops into thromboembolism, there is a possibility that you may experience a bloody cough. Abrupt coughing spells that bring up visible amounts of bloody sputum may occur. The possibility of misdiagnosis is very high given that several other conditions are also responsible for a bloody cough. If a comprehensive account of all symptoms is available, an experienced specialist may be able to diagnose the condition correctly early on. This proper diagnosis can be very instrumental in preventing severe illness and disability. A pulmonary embolism can have grave consequences, especially if left untreated. 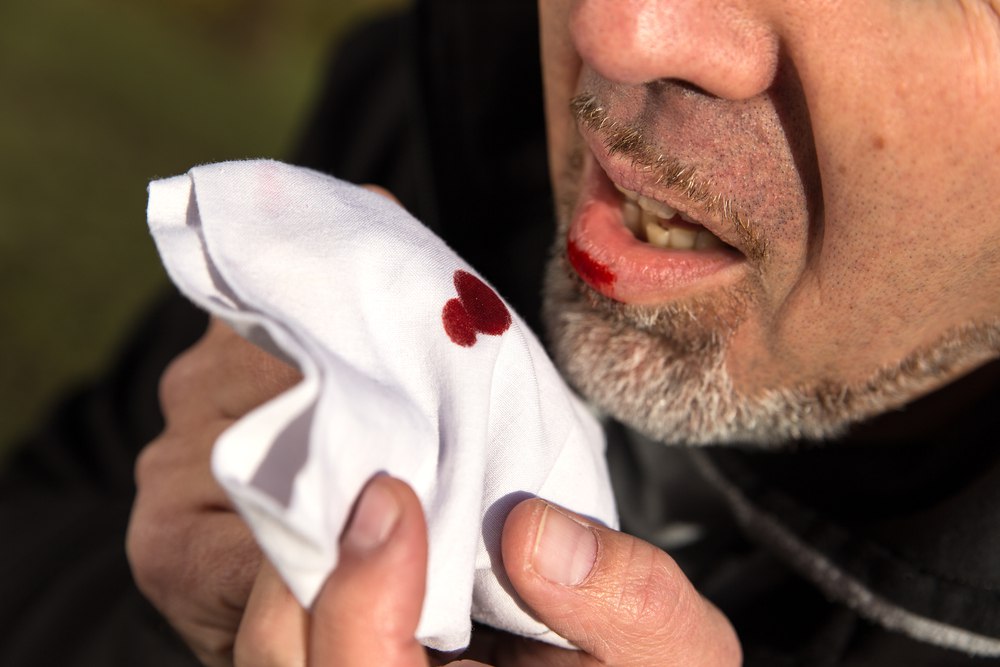